Jets will be well pleased tonight with a very hard earned point. They had to battle out long periods of pressure against a skilful Wembley attacking force.

Jets, over the two games, deserved some luck and a point after having the original game abandoned at 0-2 up due to a dreadful injury to a Wembley player.

The replayed match started much as the first one did with the home side having long periods of pressure. Also, this time, they had a plan to stifle Jets’ counters that had earned two goals on the break last time.

Jets defence was superb under immense pressure soaking up, holding tight and waiting for the opportunity to spring out at the hosts. 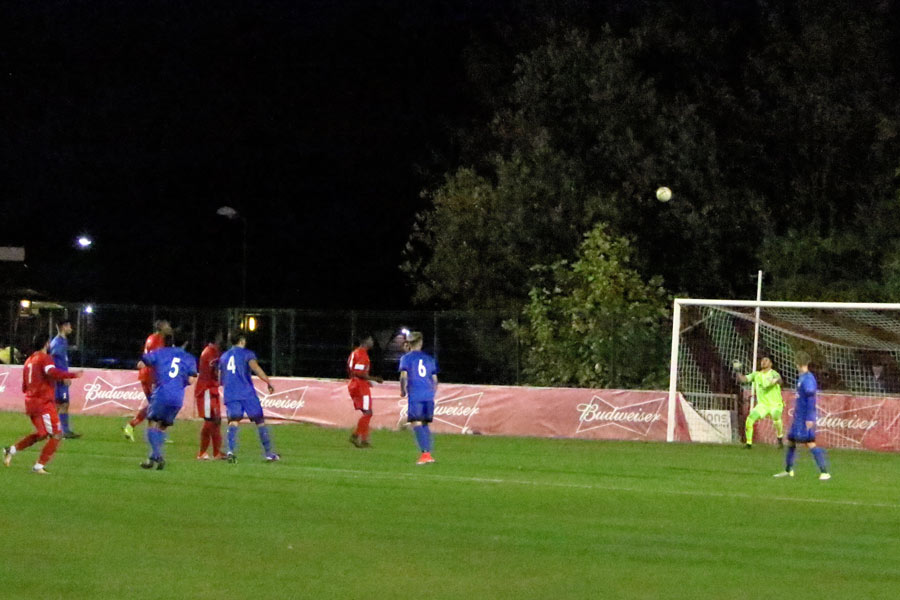 A horrible deflection loops over Rob Partington for the opening goal

Jets went a goal down after 15 minutes and will feel disappointed that such a wicked deflection went in after such determined defensive work.

The half continued in the same way. Jets were a little overrun in the middle and were finding it hard to counter with their front pair isolated. 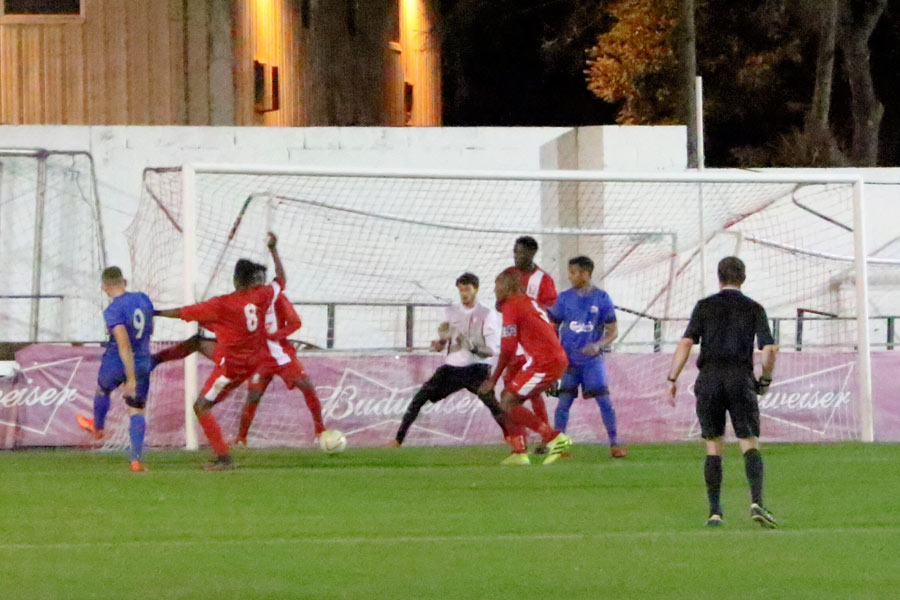 With ten minutes to play Jets upped their pace and swung the game. With time running out a scramble was returned to the back post and Nick Kerley was on hand to execute the perfect finish 1-1 and dent the home buoyancy. 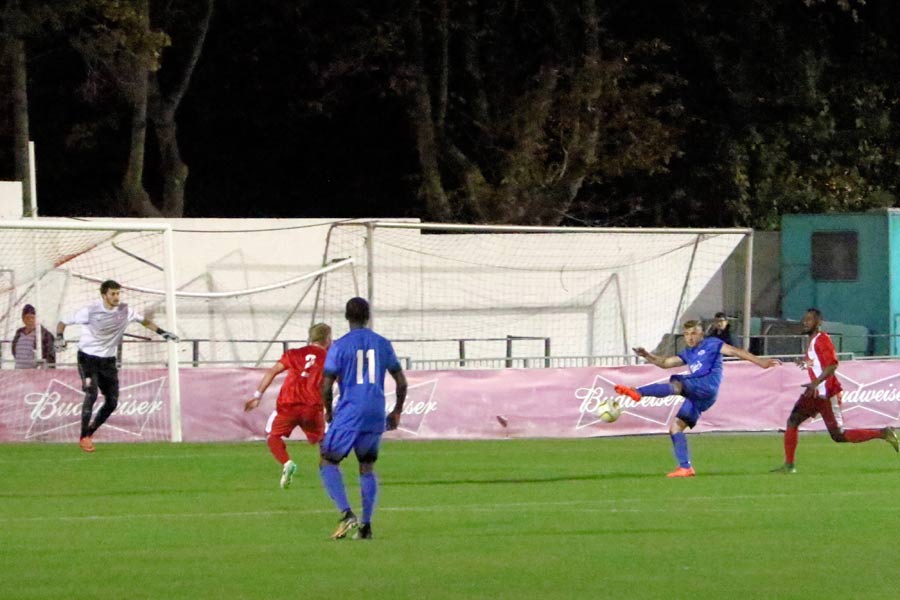 Almost immediately another high ball, that both sides seem to ignore, was hit on the spin by Kerley and was inches away for a steal HT lead.
Half-time 1-1 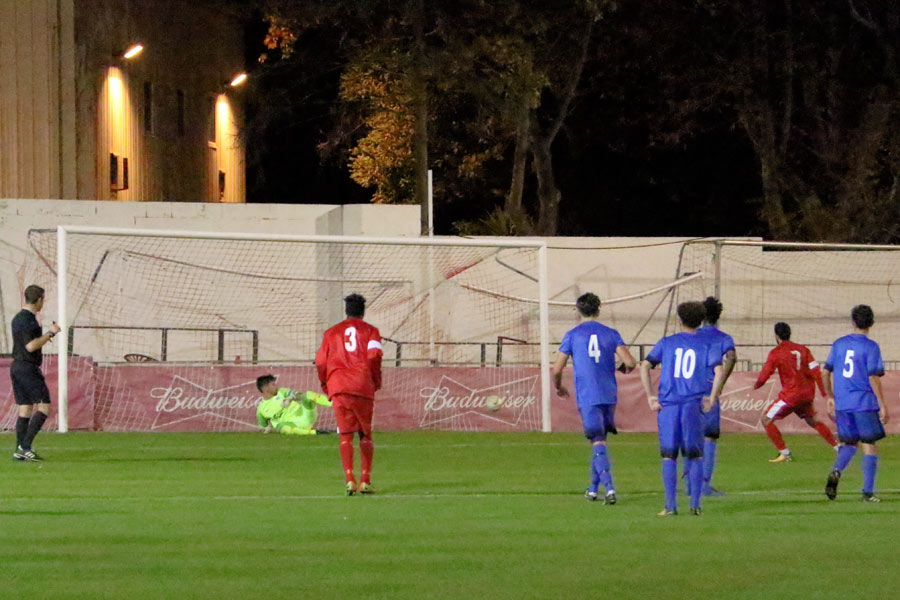 Wembley retake the lead with a well taken penalty

The second half was much as the first with Wembley dominating and Jets holding their ground. 15 minutes in, though, Dan Taylor was baited to give away a bolt on penalty, perfectly played for by the attacker. A well-taken spot-kick put Wembley back in front 2-1. 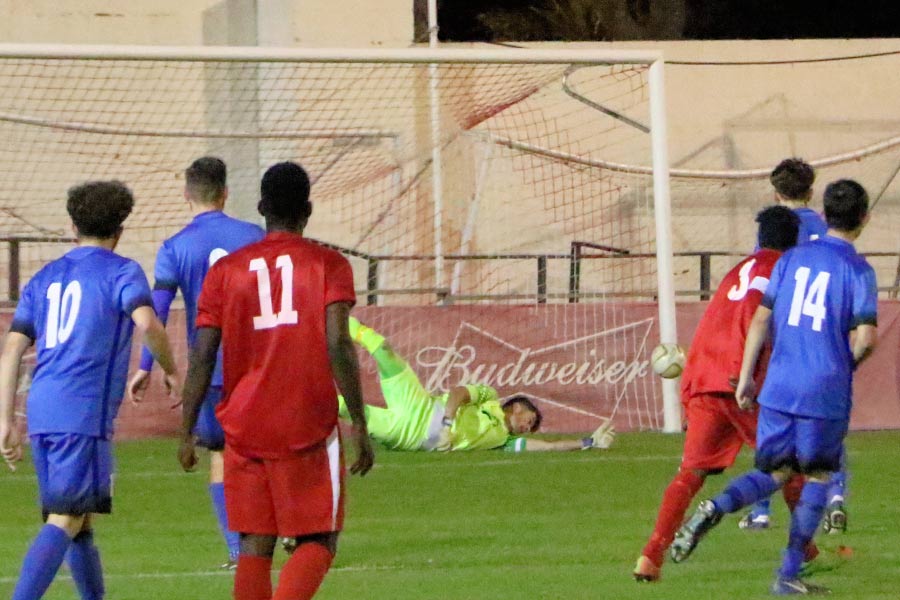 Save of the match from Rob Partington

Rob Partington made a fantastic diving save to keep Jets in the match as Wembley tried to finish off the game.

Then came the substitution that helped swing the game. Tom Gibson came on for his debut from the now disbanded Sun Sports along with Joe Patrick. The energetic switch saw Antoine and Nick Kerley suddenly have support and, much like the first half, Jets finally upped their game.

It was now Wembley under pressure and more than a little rattled. Then, in a dramatic twist, deep into stoppage Jets earned a 94th-minute penalty. Everbody was thrown up including Jets keeper Rob Partington.

Jets won the ball and Nick Kerley fired a goal-bound shot that was handled away. All hell broke loose as it seemed that only a corner was given. Jets were in an uproar and, after much arguing and finally, all the officials chatting, the referee called “red4” and up went the red card and the spot kick confirmed. 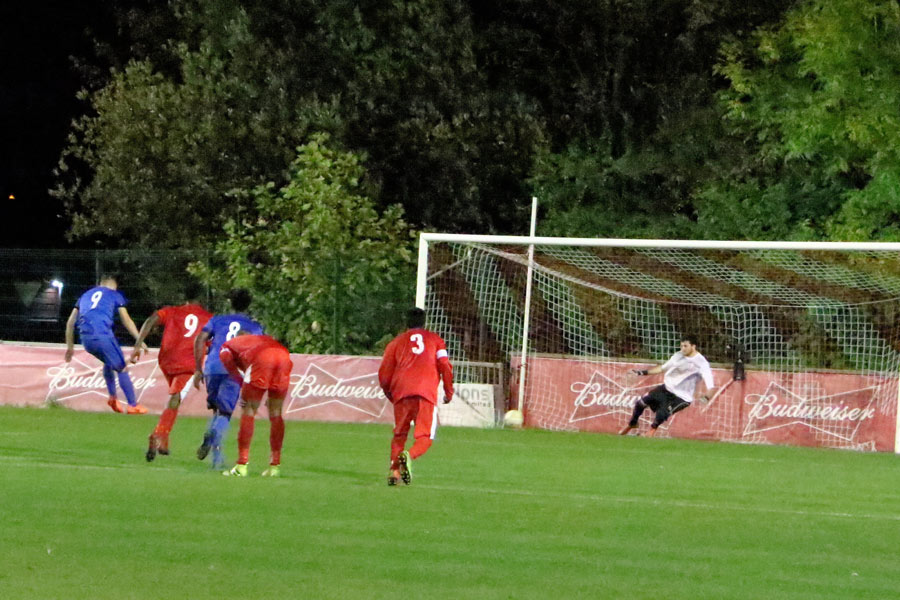 Nick Kerley coolly levels from the spot in the 97th minute

More arguing and up went a second red card and a yellow while Nick Kerley calmly stood bouncing the ball awaiting his moment. Finally, in the 97th minute, he took and slotted for a very, very hard fought point for Jets. 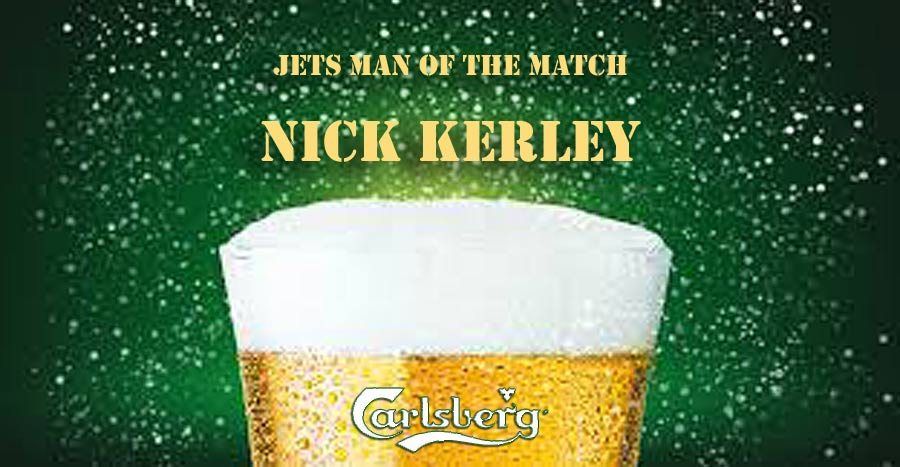 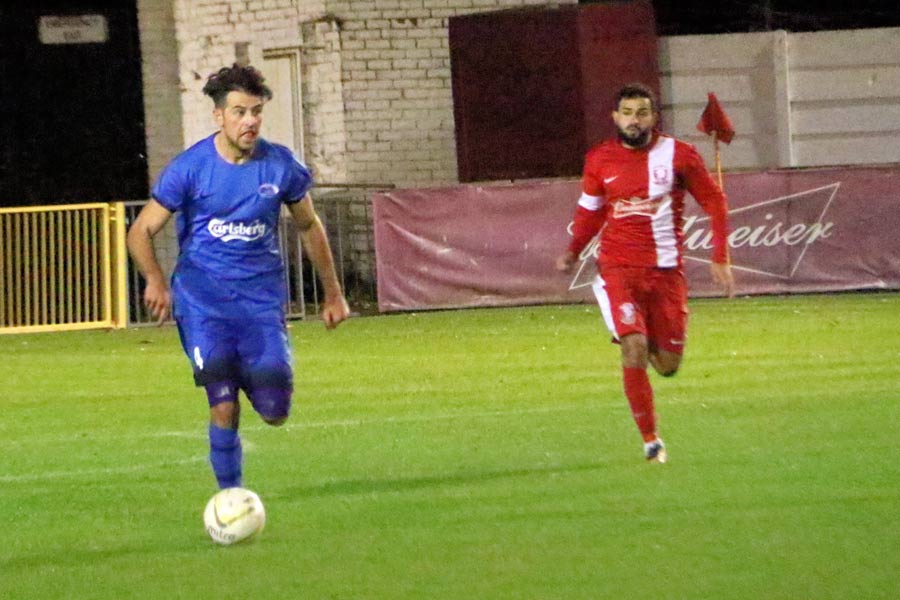 Jude Bell outstanding in centre back partnership with Vass 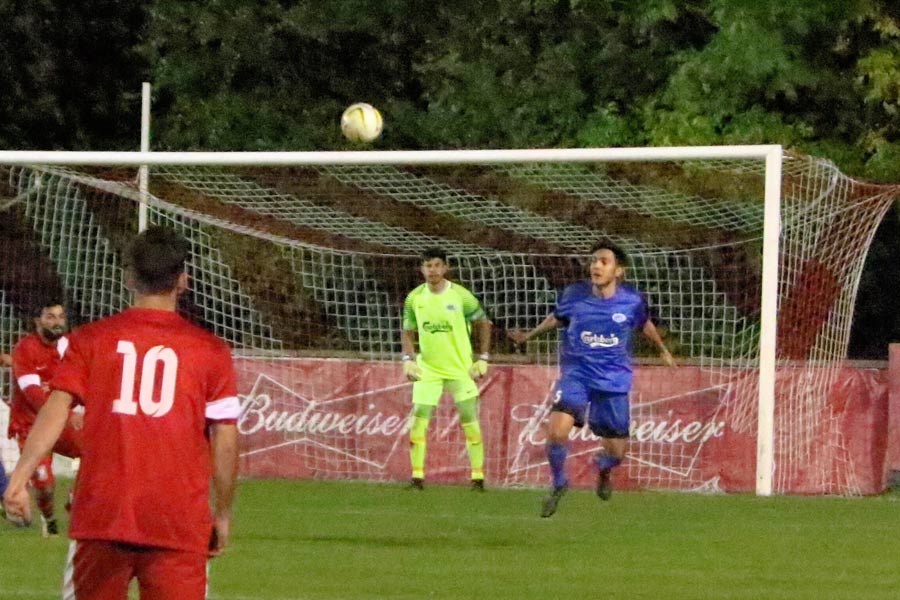 Jets man of the matches close. Two visitors unattached to Jets joined in the debate and were full of praise for the centre-half pairing of Jude Bell and Vass Mandeville. Manager Lee Stedman, however, asked to make the final decision tonight and went to two-goal Nick Kerley. It must be said the cool wait to take the penalty while on, off and in the car park all sorts were going on was impressive. He held his head and slotted for a superb point, adding to the sharp finish he made for his first goal.

Jets are young and inexperienced but tonight they dug in long and hard. 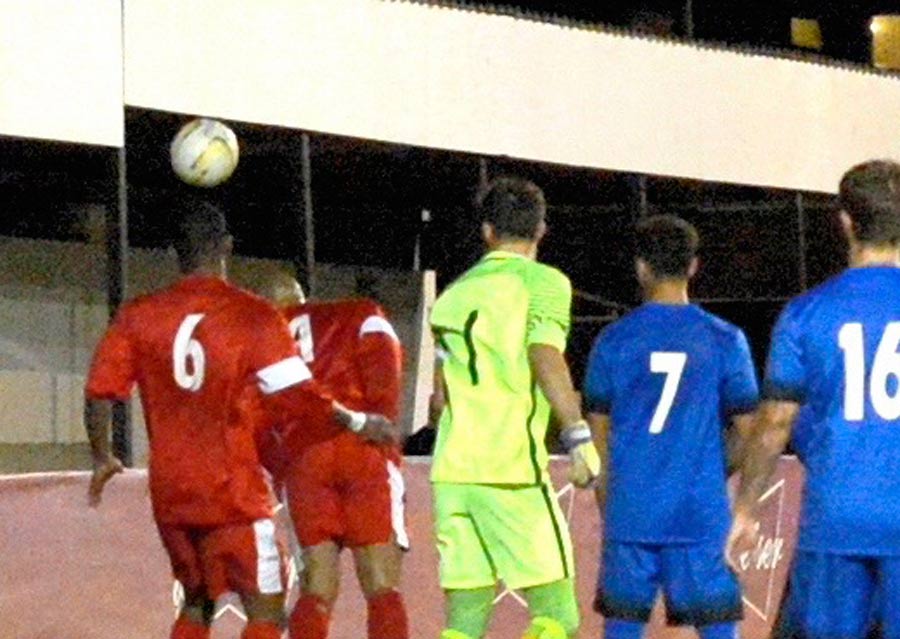 With Jets throwing everyone up for a 94th minute corner, Wembley’s No4 hand balls on the line 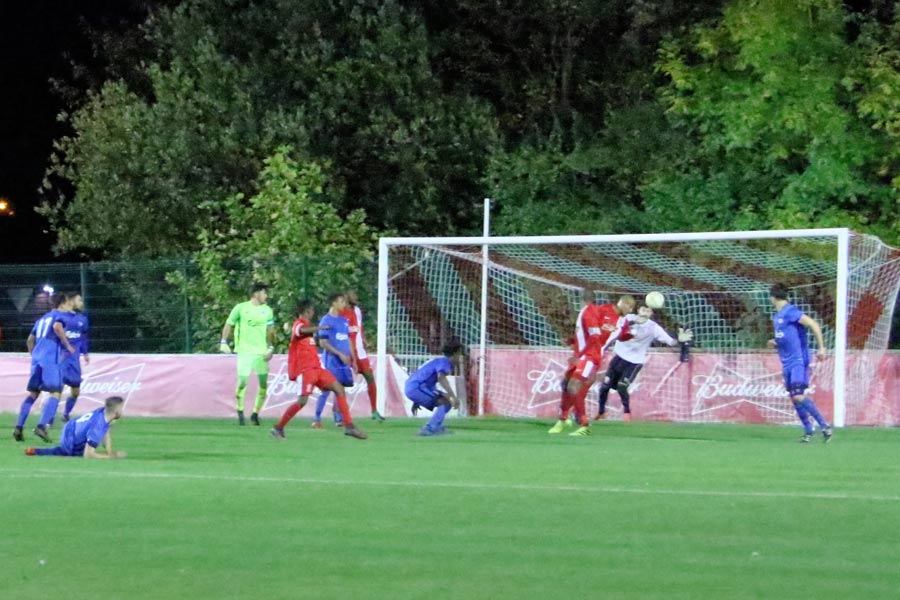 Late penalty for Jets as Wembley No4 handballs 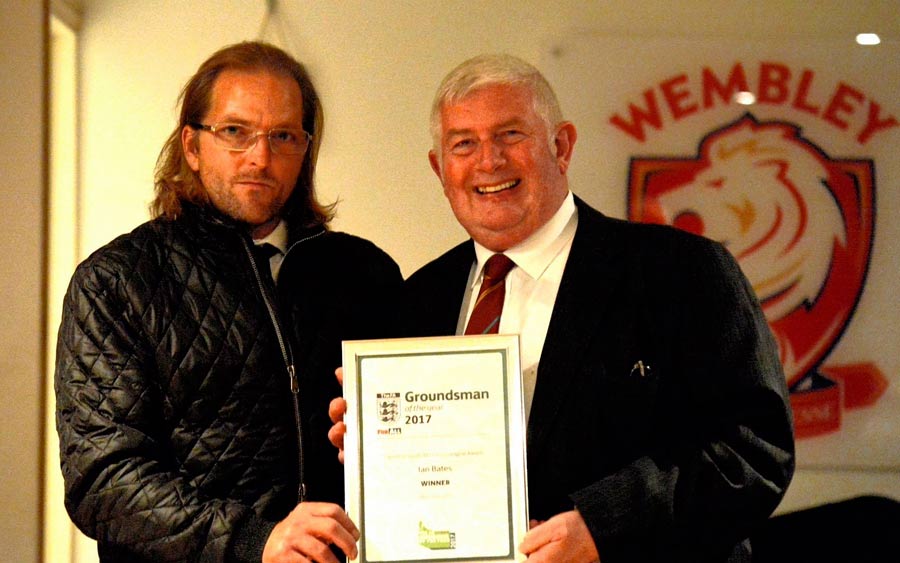