Jets will be kicking themselves after playing some neat football, creating a strong two-goal lead at the break. A full capitulation took place in the second half to lose the match. Leverstock fully earned and deserved their second-half comeback victory over a Jets side who surrendered the middle ground and faded out of the match.

Jets other league defeat came after being 3 up at the break so there seems to be a problem holding on to strong positions. When things are tight and a battle, like Wembley on Tuesday, Jets show they can rise to the occasion. 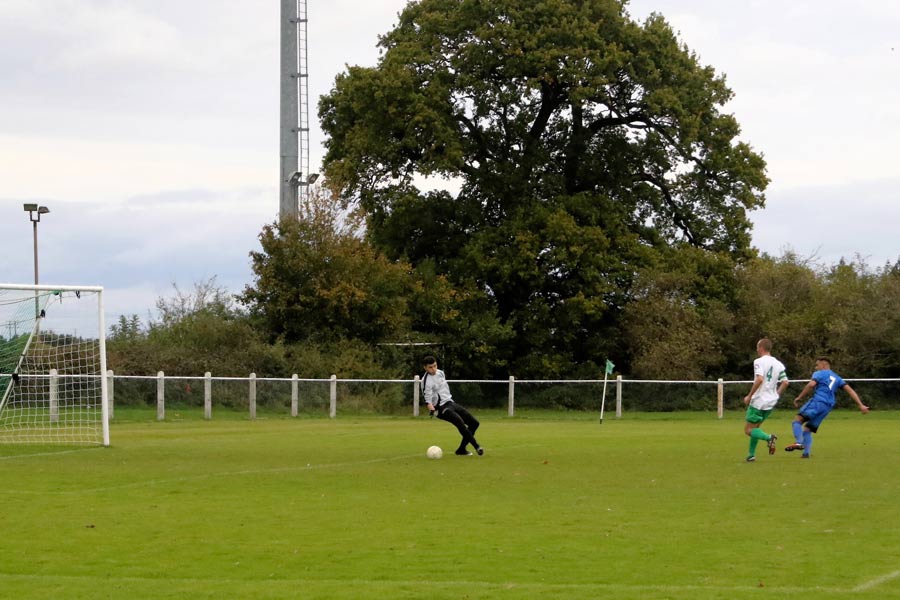 Josh Noyes latched onto a superb Kerley through ball to open the scoring (21 mins). Although not a sparkler Jets had the upper hand and deserved their lead.

Jets did sometimes over complicate things leading to sloppy passing, but when playing simple football they looked comfy and in charge. 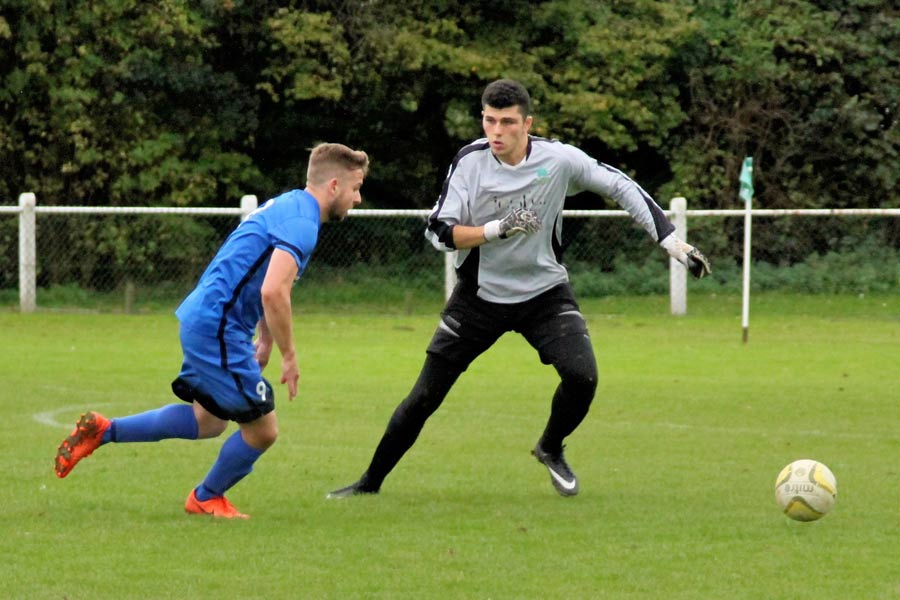 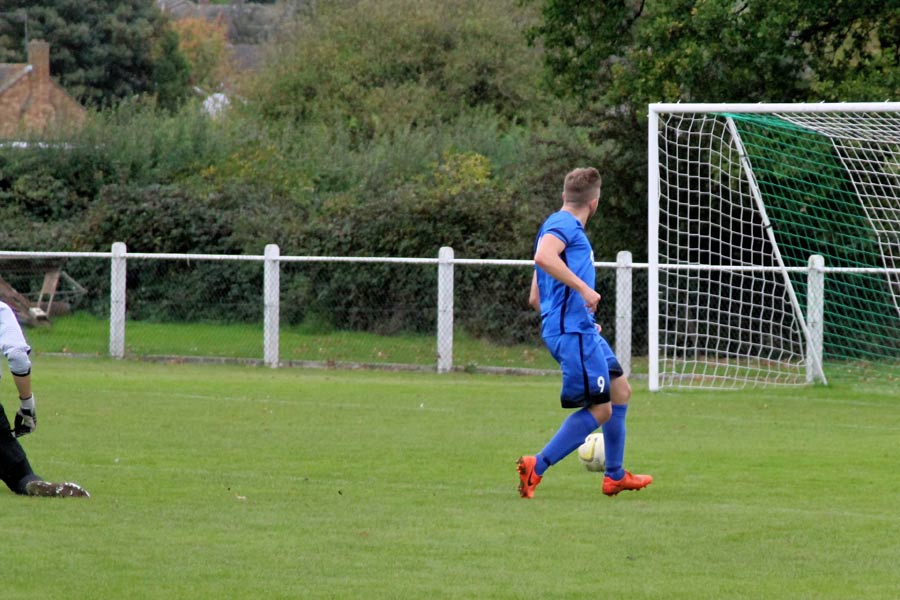 The back line was solid and restricted Levi to very little. Then, with Half-time approaching, 3 Nick Kerley chased a hopeful long ball from Partington down the slope.His reward was to capitalise on a mistake between the defender and the charging out keeper to excellently slot from distance. 0-2 (41 mins) Jets firmly in control at the break.

Levi get straight back into the game after the break. 1-2

Jets were confident and probably too confident in the interval. A change was made to the back four, that had been little worried at that point, and possibly that didn’t help. Almost straight away Jets were pegged back when a sloppy cheap free-kick was conceded. It was hit straight at goal by David Lawrence and Partington rarely spilt it after the wall broke and Ross Adams was on hand to bundle it over the line 1-2(48 mins). 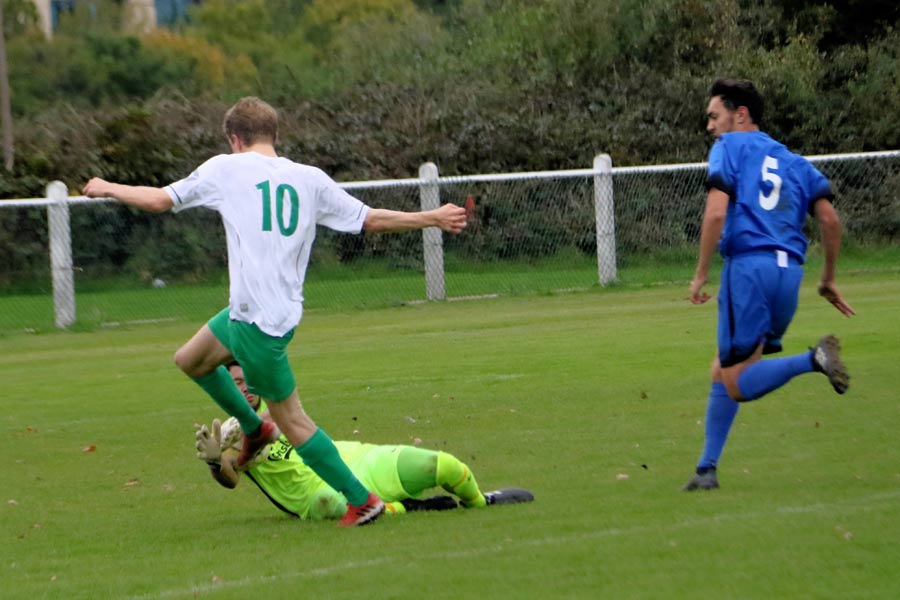 Great save from Rob Partington to keep it 1-2

Levi were lifted and Jets, frankly, capitulated surrendering the whole middle ground to the home side. Levi were now swarming forward and dominating proceedings. Jets were limited to odd breaks, the front line now isolated and the defence under constant pressure with the middle ground lost. 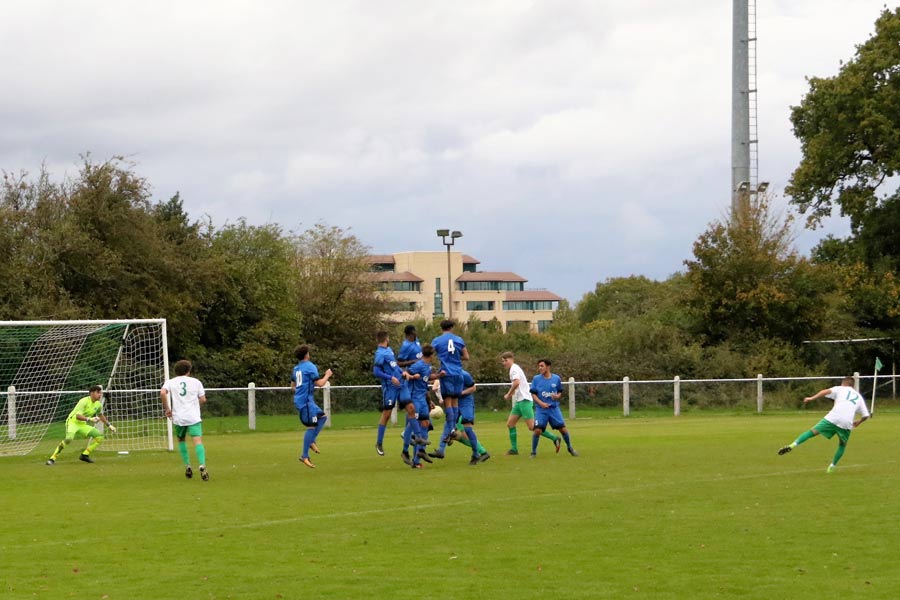 The home side got their rewards on 71 mins when Sam Nair drilled straight home from another free kick on the edge of the box. Again, a silly foul and the wall broke dreadfully to allow the ball to pass straight through and into the net, 2-2. 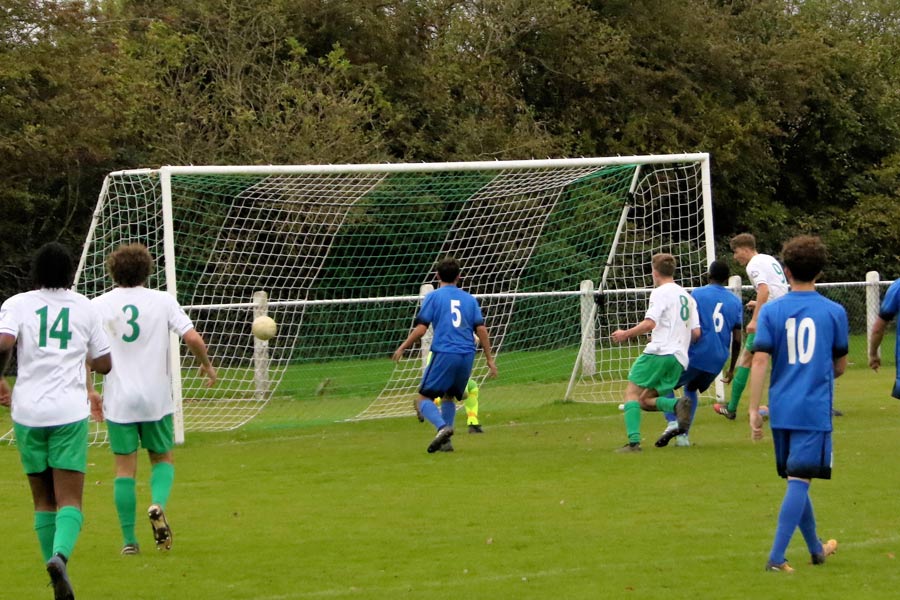 The Levi comeback is complete, 3-2

It was all Levi and a rare counter saw Kerley just hit the side netting. Noyes then had a half chance go wide. With ten to go Levi were now playing the sort of football Jets had done in the first half and Matt Bateman netted their winner 3-2 (80 mins). 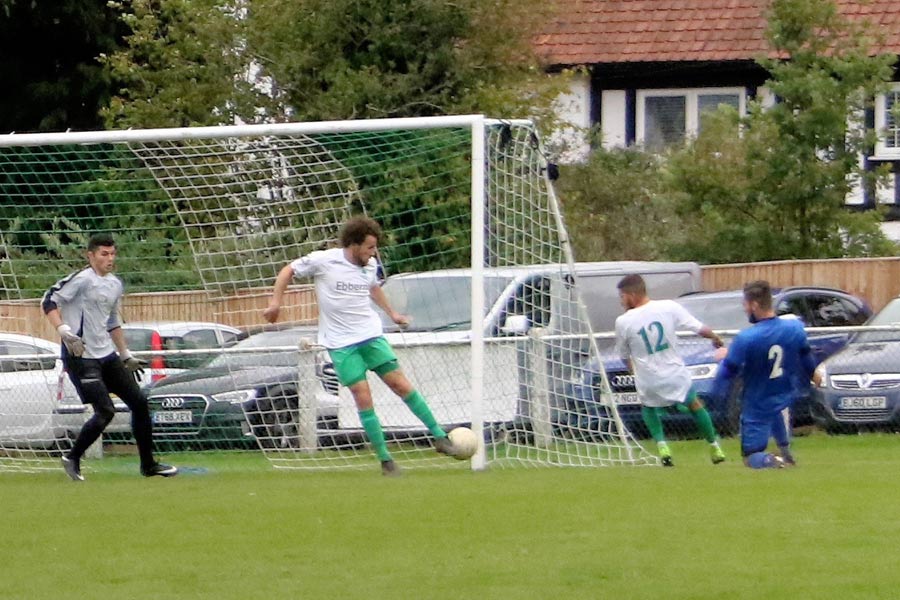 Jets did have a little go and Dan Taylor almost snatched a point but the ball deflected just wide by the alert defender, and Kerley had a chance just into the side netting.

Leverstock held on for a good comeback and deserved to win because they didn’t give up.

To be honest and blunt the defence were fairly faultless and in the first half conceded nothing and the front line is scoring. So the engine room needs to man up and show more guts and battle when the moments in the game demand it.

Solid 90 mins for Sim on his return 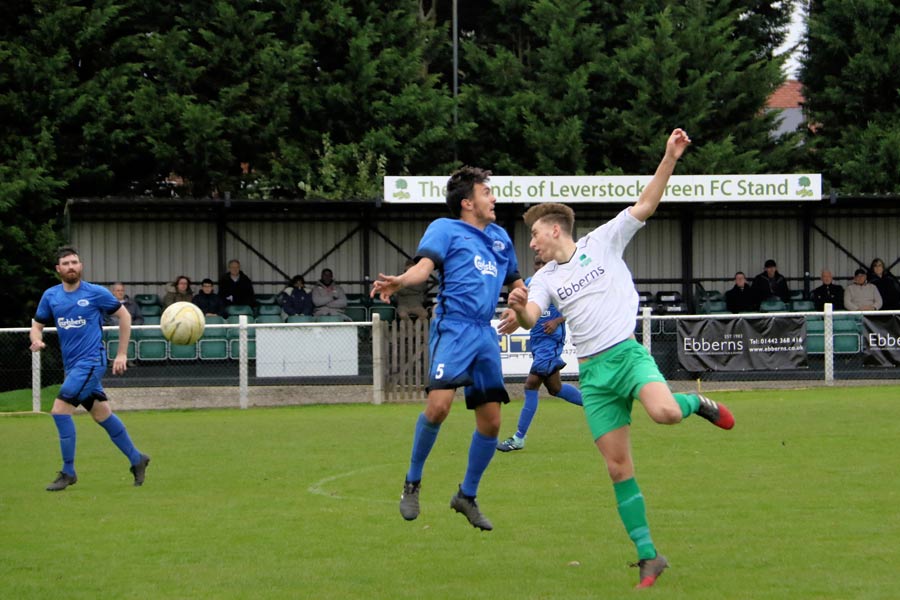 Another strong game from the ever improving Vass

Man of the match was picked out of three of the rear guard. Sim Armstrong, on his return, battled well and gave all; Vass Mandeville is progressing massively to men’s football and responding to the demands of it, but the decision unanimously went to Jude Bell. Jude ran and competed and covered ground all over, often running past people walking and watching the game go on around them. 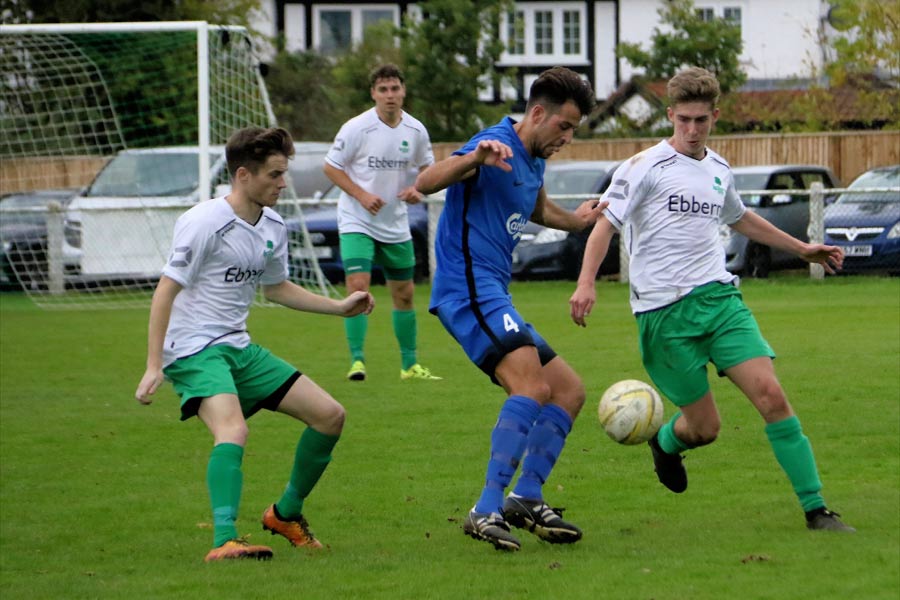 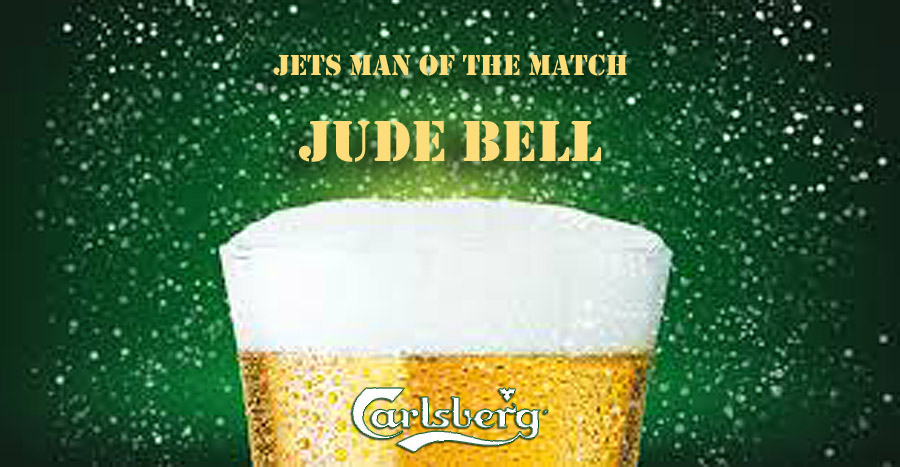 Jets have had a decent start to the season but today some need to look at their own performances and ask the simple question “am I giving and doing enough?” 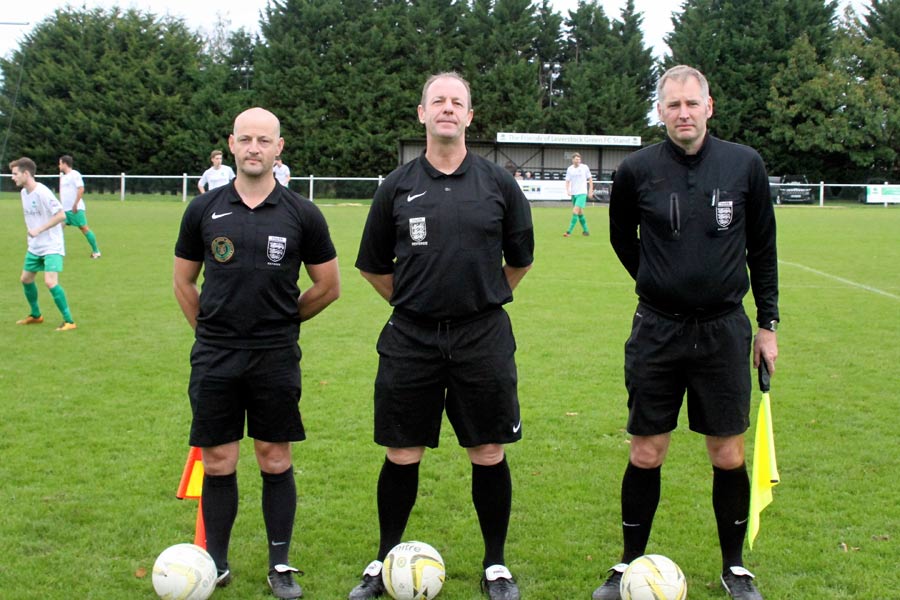 It was the same with the Reserves who have been on a great run. Scott Pugsley and an OG put Jets 2-0 up at the break. Jets conceded two and went into injury time, needed for a long injury for a visitors player who was taken to the hospital. Jets thought they had a chance to win it when Andy Amoah went clear but was upended in the box, but to everyone’s horror, the referee said no. Then, while the disputes raged, the upfield ball was notched for the winner for the visitors. 2-3 Hampstead Heath Lions.