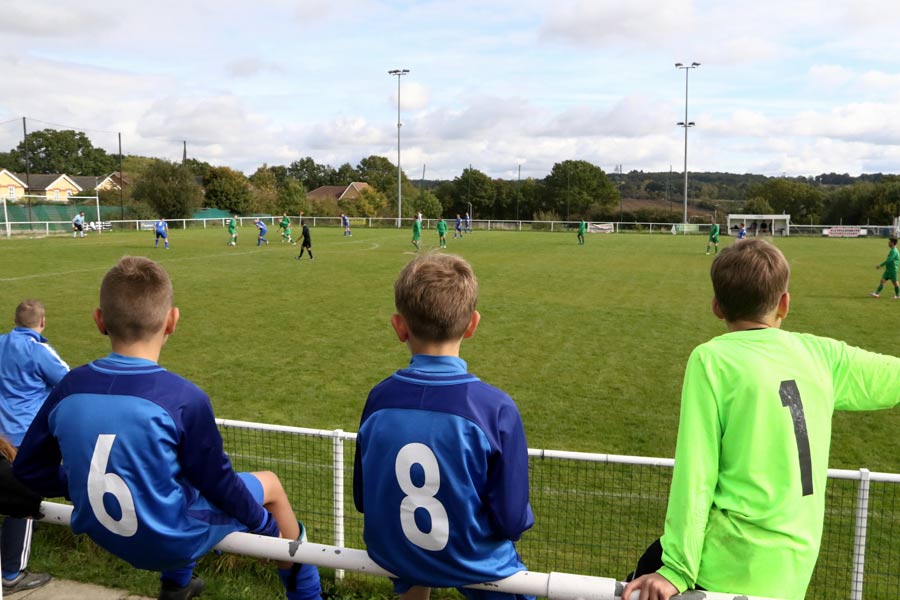 It’s rare we can lead with a report on the “Vets” but thanks to a rare excursion into Sunday football we can. And what a day to choose! Some of the longest-serving and loyal record-breaking players ever to pull on our kits graced the Boundary stadium to record a thumping 8-0 win against Therfield (Royston) in the Hertfordshire Veterans County A Cup.

Firstly many thanks to the Herts Senior County League committee for allowing us a day off to allow creaking legs to recover. Clearly the Vets could not take two games in 24 hours, even if the ability and desire of the old days is still there.

Jets got off to a flyer when Scott Simmonds was brought down in the first minute and the midfield maestro slotted to put Jets in front. 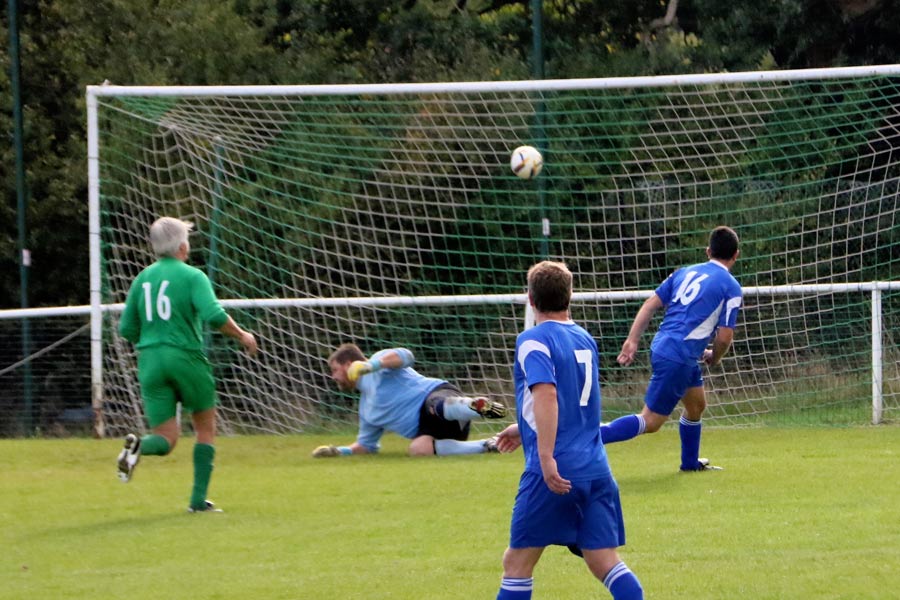 Scott himself added number two before hurting himself and having to come off and finally become the proud owner of the linesman’s flag. 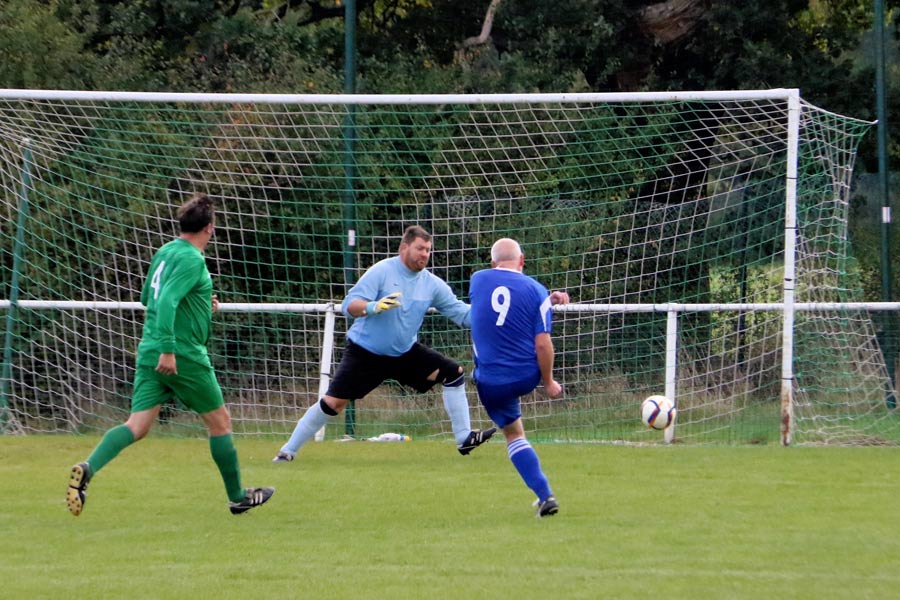 The Vets were not to follow in the footsteps of the first team and Reserves this weekend. The floodgates opened in the second half and the old Jets who played with the supersonic Concorde badge on their shirts showed what they can still do.

They looked like the modern Jets, just a bit slower, as they picked and passed the ball around the superb pitch surface. The visitors paid a heavy price for playing against a side still pitting their wits every Saturday against young lively Herts County reserve league sides.

Ian Holdom completed his hat-trick then quickly his fourth to take Jets to 5-0 and edge him closer towards all time top scorer legend Gary Page in the “Top Gun” table. 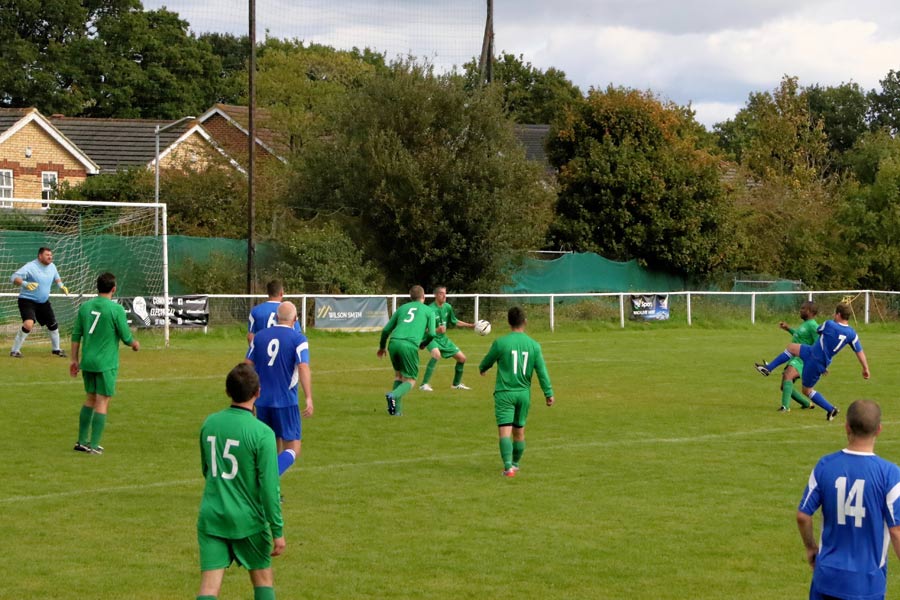 Jets relative new boy Graeme Chick added two and another former top scorer Wayne Gladdy just had to get his name on the list as Jets steamed into the next round. 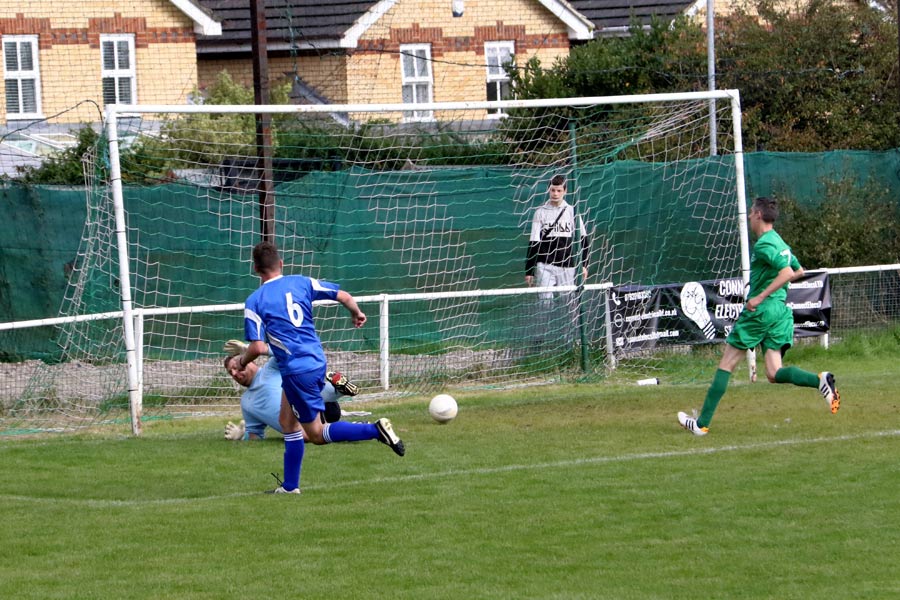 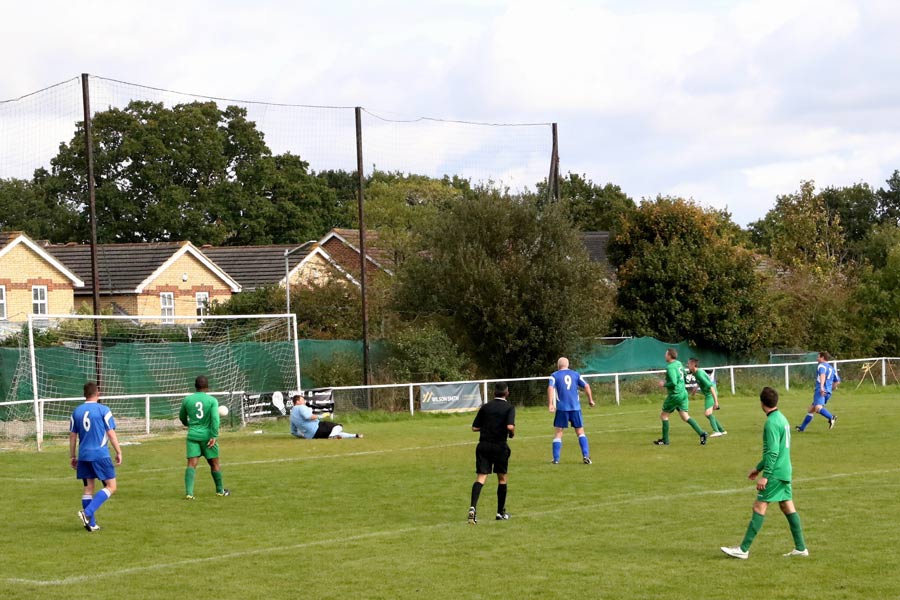 It was brilliant to watch but, personally, the days highlight for me was standing behind the little kids in their Jets kits straight from their games. Jets youngsters watching their Dads play in the Vets cup. A magic moment just reminding me of why this club and running it is so important to me and so many families in the area.

Man of the match, just like twenty plus years ago, Ian Holdom.

What a pleasure today was, and if only players were still like these lads teams would not be folding everywhere. 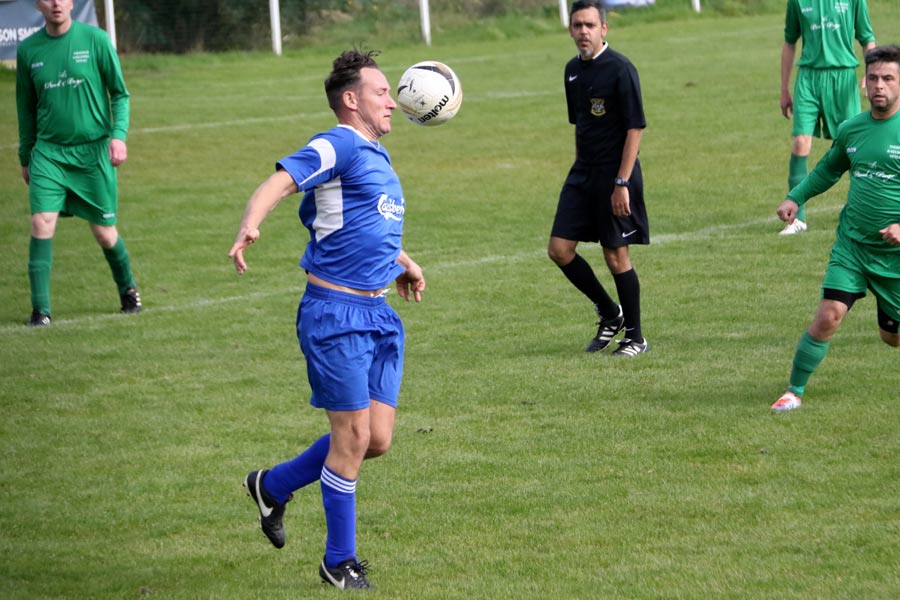 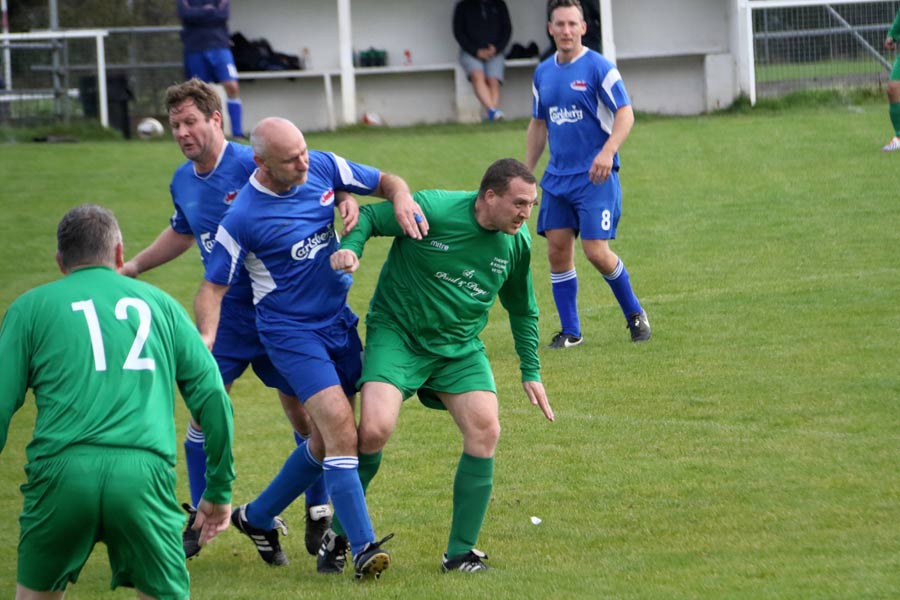 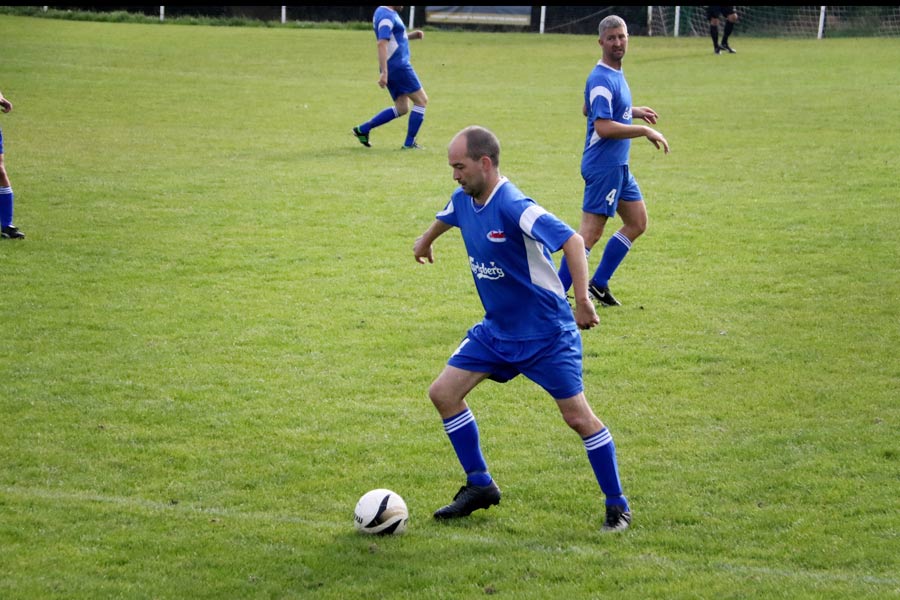 Will Brereton – will never leave as he still owes subs 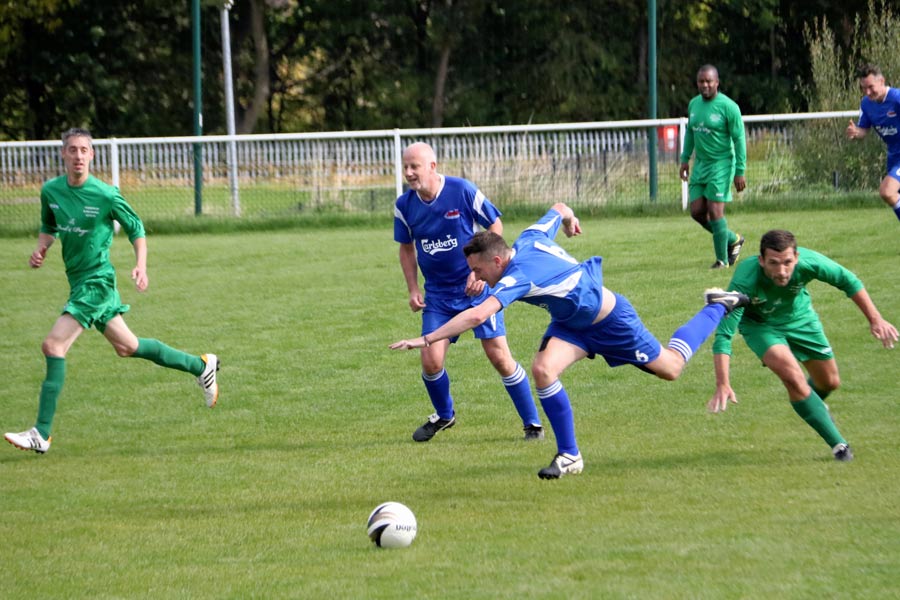 Muscle tape may hold Wayne Gladdy together, but can’t help him keep his balance 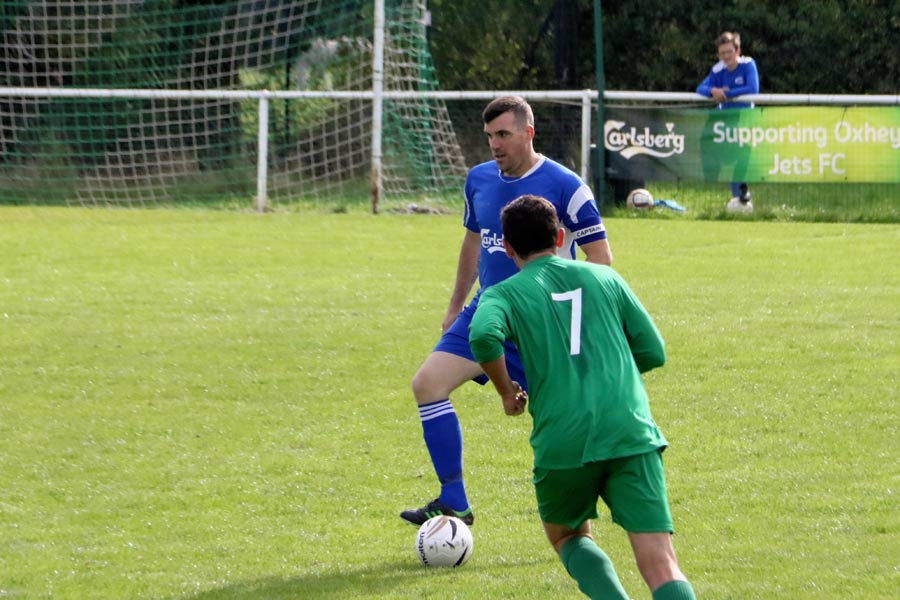 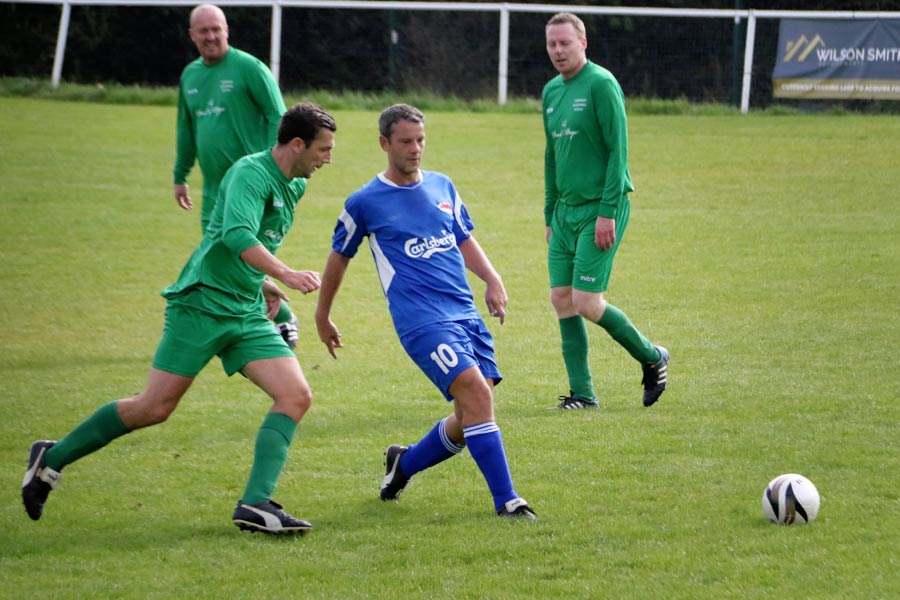 Club skipper Colin Jenkins, an example to all players