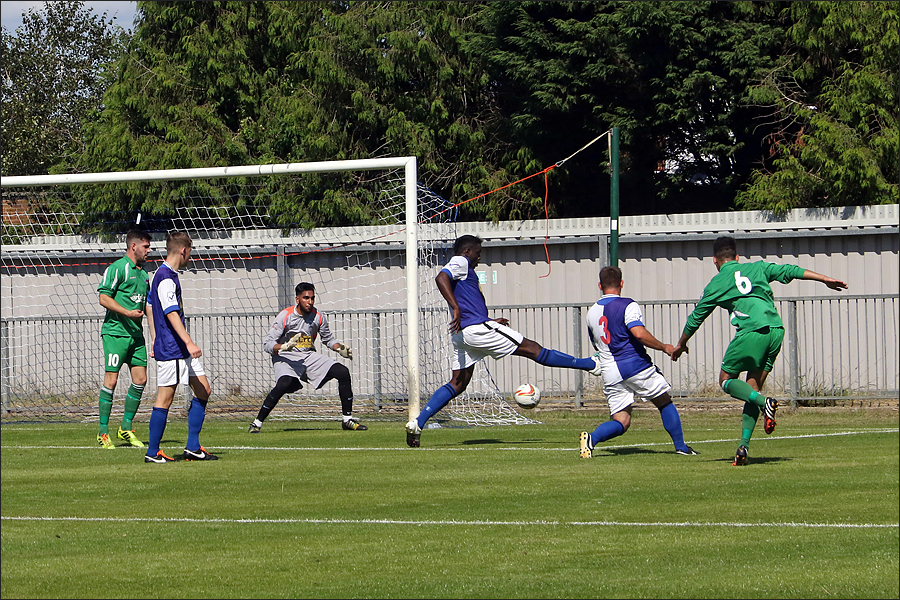 Jets stormed to their first FA cup prize for three years, subjecting Burnham to their first ever extra preliminary round defeat. Manager Lee Stedman took control of his first FA cup tie when business commitments stopped him flying out on his family holiday (or so he told his wife !! Nothing to do with the FA cup Lee ??). Ex Watford star Luther Blissett is head coach of Burnham so Jets had to be at peak from the off to out fox the shrewd ex pro. 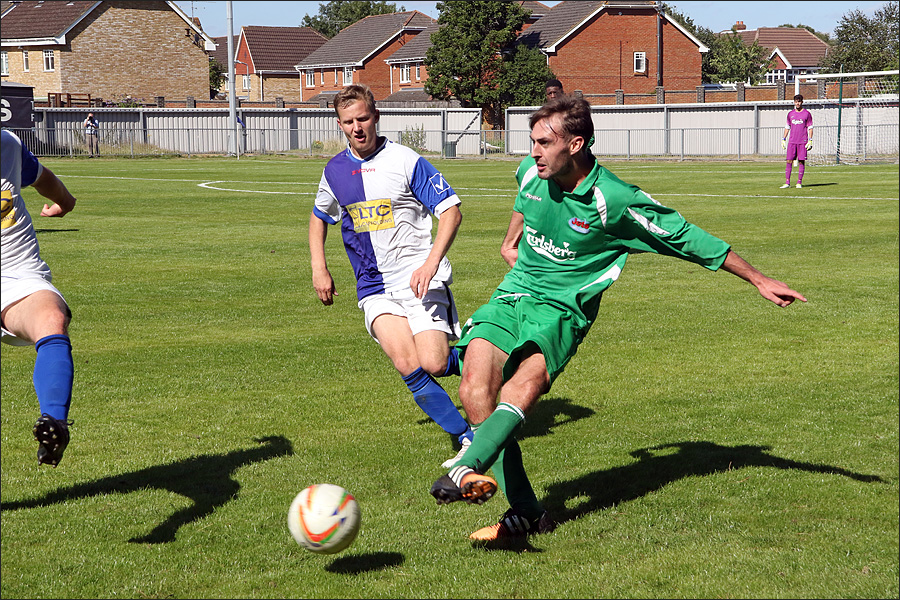 Brad Thompson produced the tackle of the match

It was stalemate in moves and action in the first period and little looked to be brewing until a super through ball had seemingly put the home side clear 1-on-1 with keeper Rob Partington, then a goal saving toe from full back Brad Thompson saved the day, it was truly the best and most important stop of the match. It turned the game as minutes later after Adam Lowton was denied by the keeper the rebound found Josh Noyes who fired home clean and accurately to give Jets the lead right on the break (44 mins 0-1).

Jets had had the only other chance that was dangerous when Adam Lowton’s back post header was superbly stopped by the Burnham keeper on the line.

Lee Stedman, although happy with the lead was not happy with the overall performance, and told them so individually and constructively as the team were left in no doubt that he wanted more!

A minute after the restart Lee got just what he wanted when a sweet football move played in Adam Lowton to cheekily chip the keeper from tight range to give Jets space (46 mins 0-2). 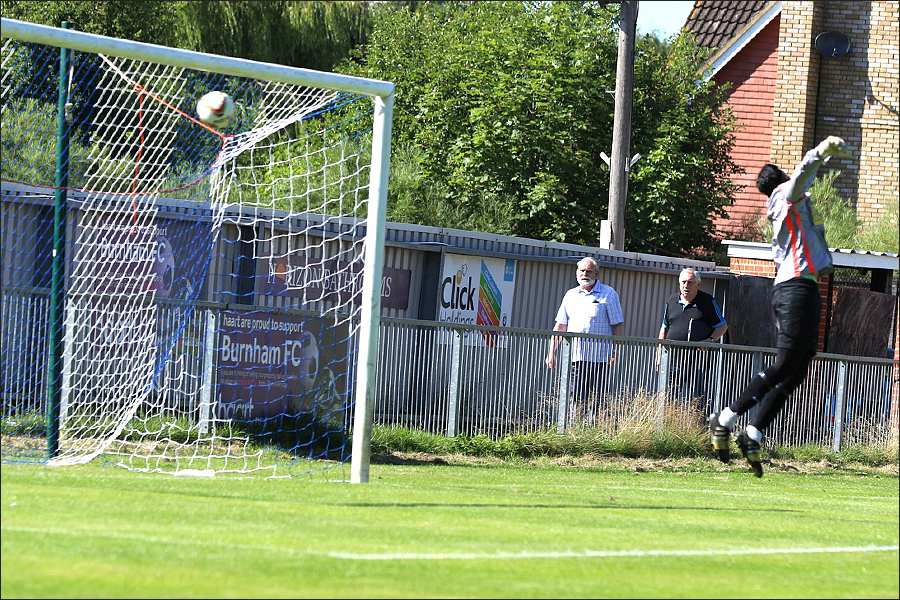 This was to be Jets best period of the game, playing twenty minutes of flowing football on the superb pitch.

Josh Noyes, the first half goal hero, turned villain as first he shot over from a good position, then just failed to nudge home a back flick from Pugsley, but in fairness the ball was too tight and short this time.

Jets sunk a little into their shell after this and the defenders ruled the roost and boy they did it in style. Leigh Stevens was truly outstanding and took the Carlsberg man of the match in front of Brad Thompson, and again skipper Jude Bell led his troops with a determination and attitude not seen in a Jets shirt for some time. 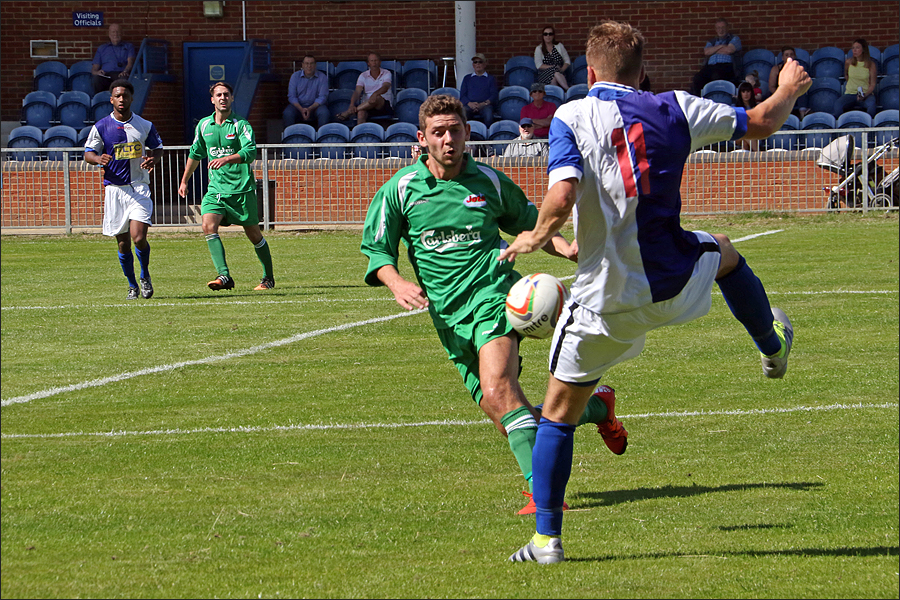 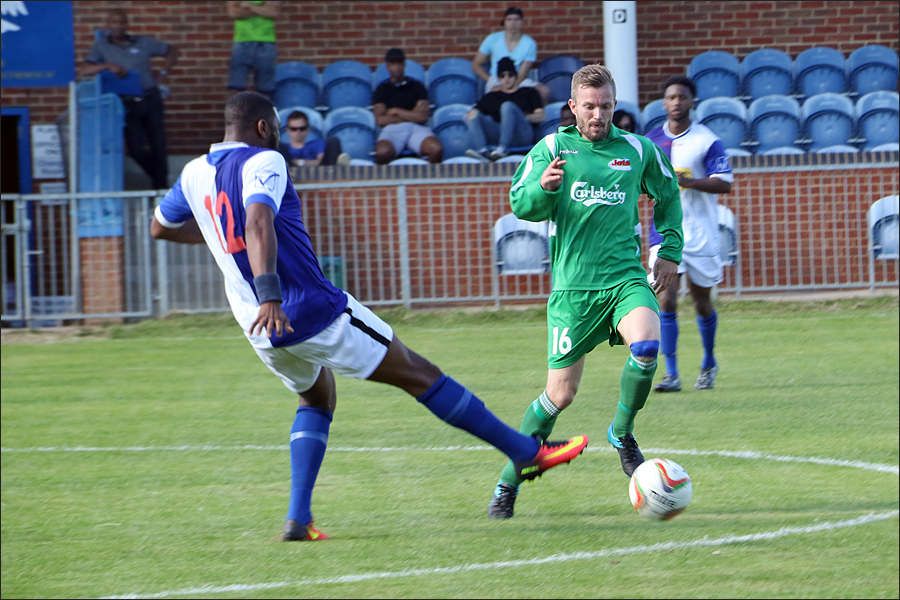 Warren came on to help keep Jets in control

It got touchy and scrappy and a few yellows were flashed as the game became heated and there was one scare when Burnham latched onto a mistake, but in honesty Jets were over the line and the treasurer went home with a rare smile on his face.

Jets have a very difficult away tie in two weeks time at Kempston Rovers.

Stedman and the players know it’s not the finished article just yet but the buzzing attitude and support in the squad is refreshing to be with.

Carlsberg can have a crate ready for next weekend I’m sure lads (yes Carlsberg Jack ??). 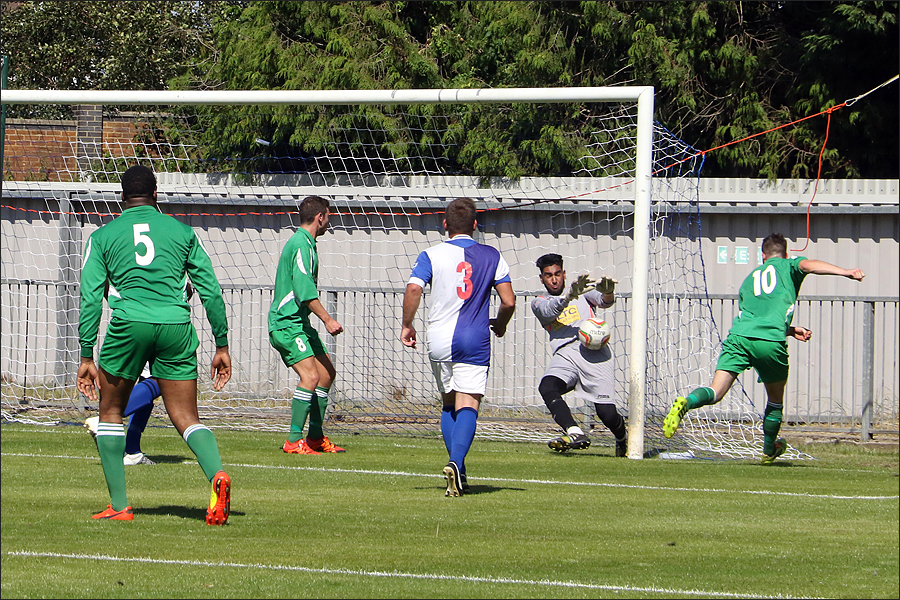 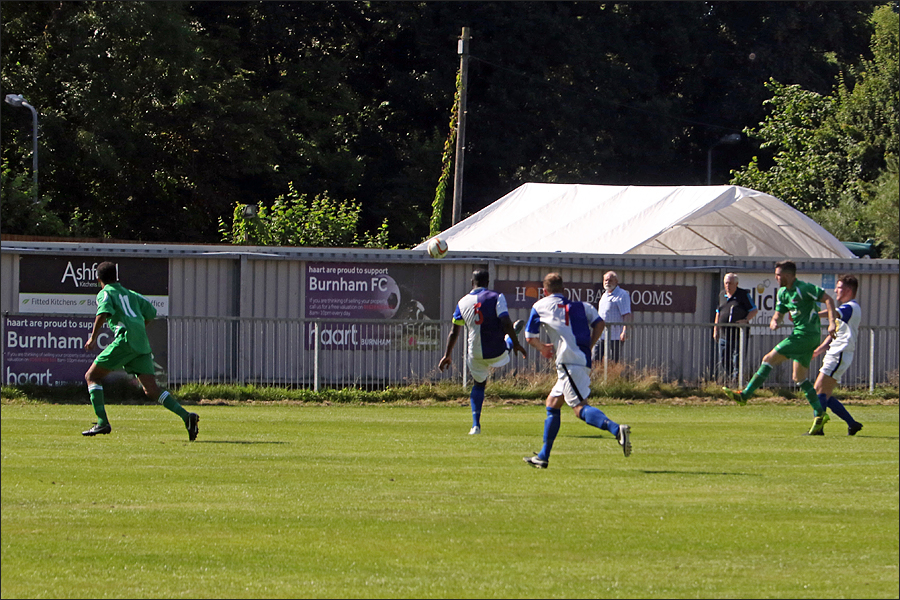 Adam Lowton perfectly chips the keeper to make it 2-0 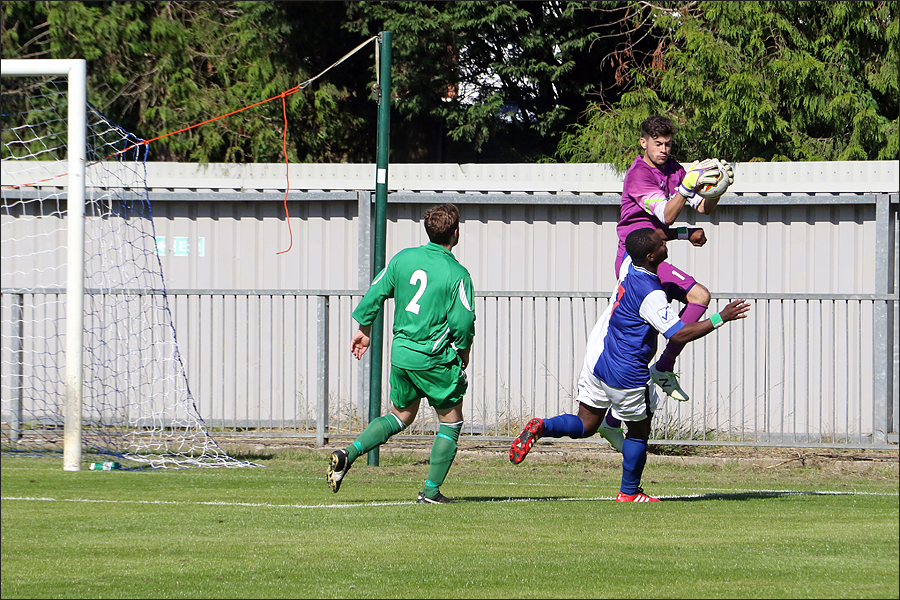 True Grit from the Pugs 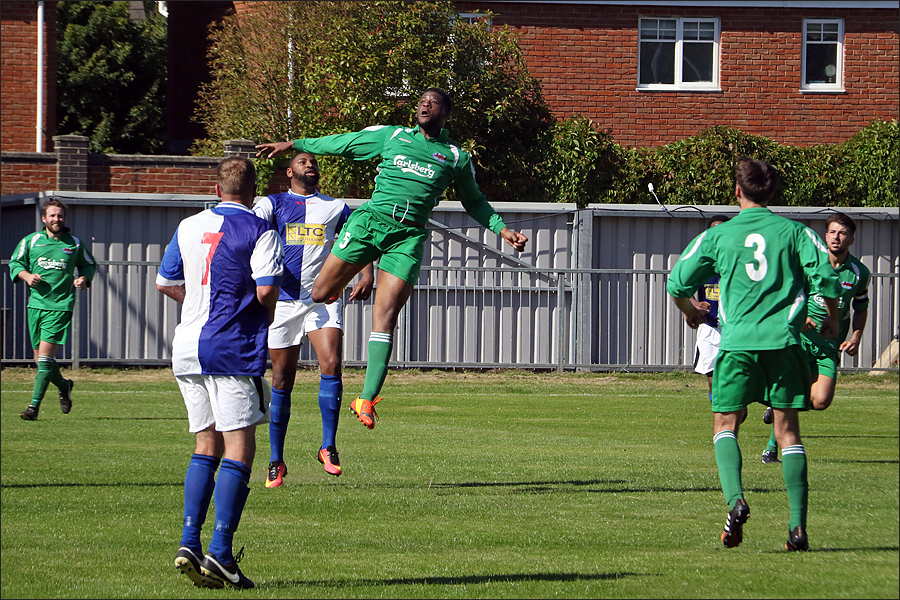 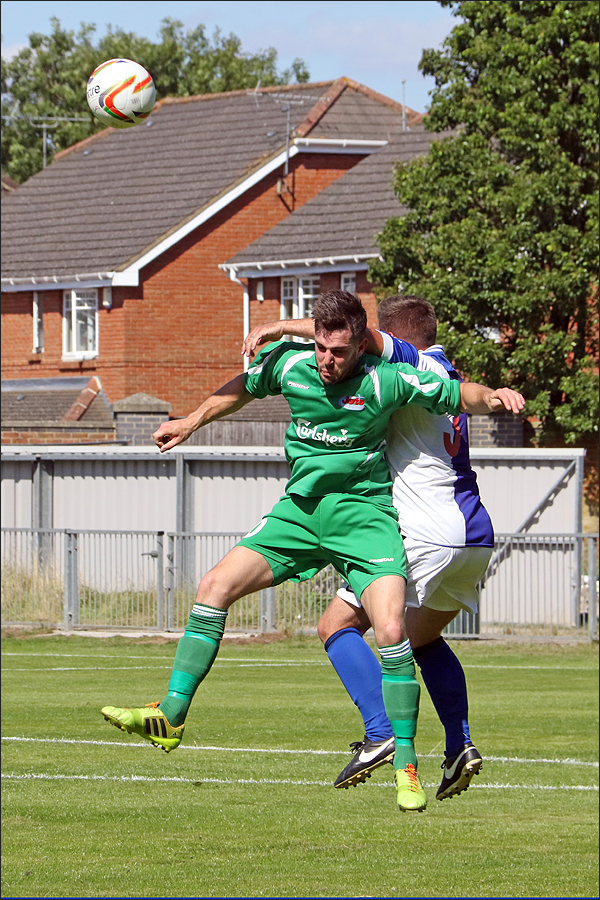 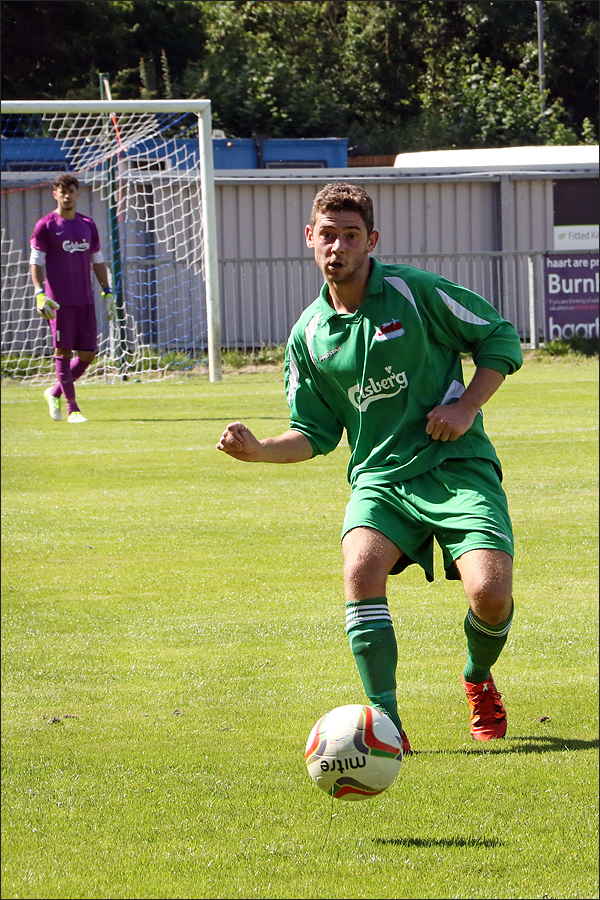 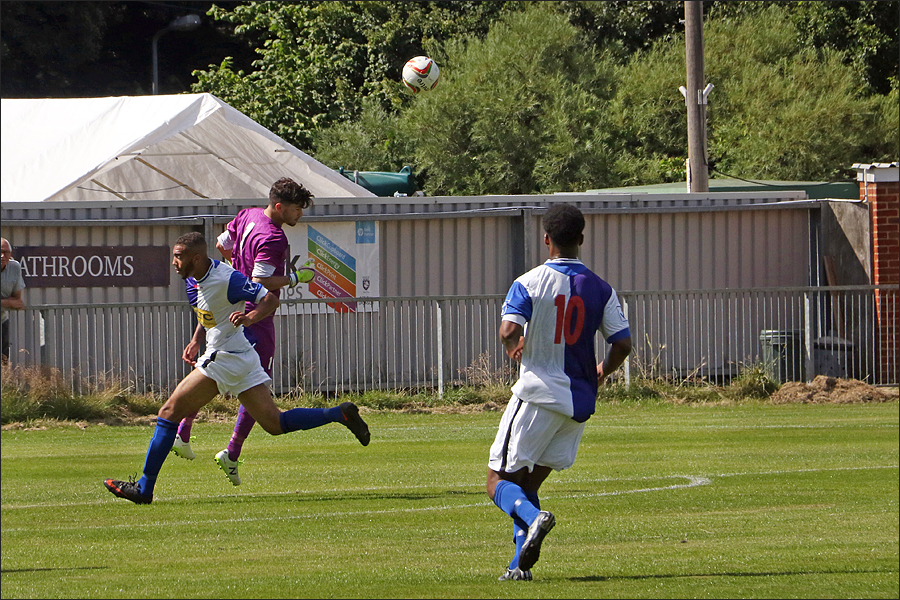 And the FA Cup is up and running 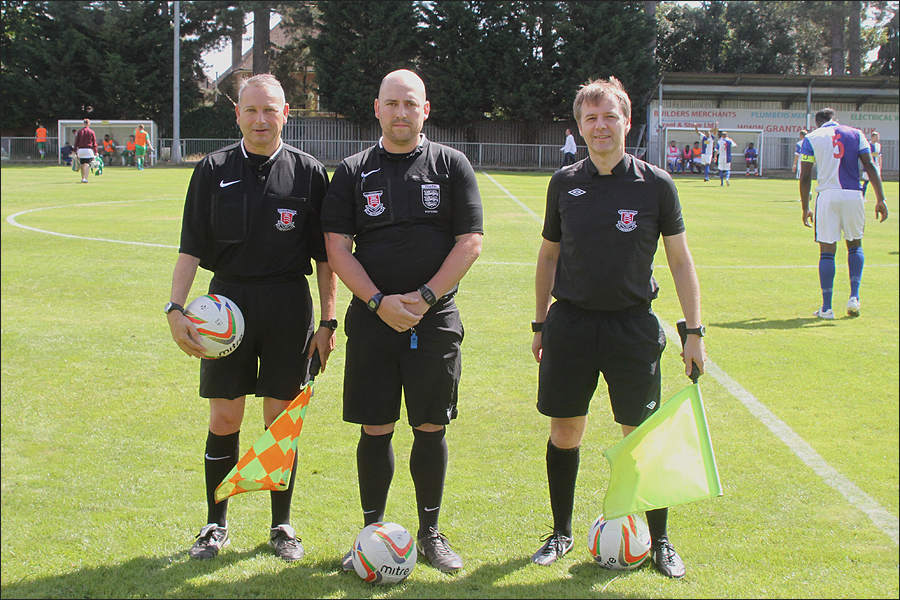