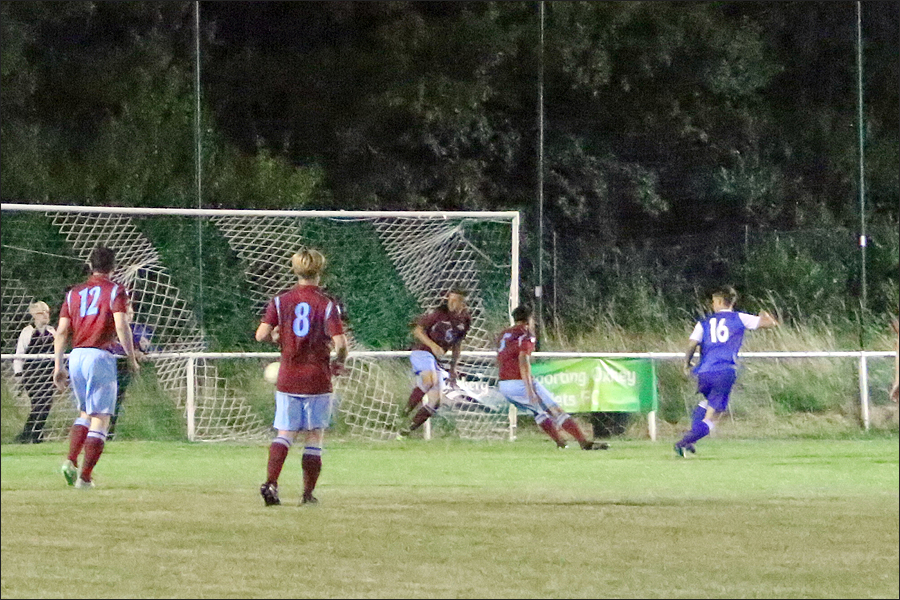 Jets won’t believe they did not snatch a point tonight from the brink of defeat again one of the title favourites, Welwyn Garden City, at the Boundary stadium.

Jets, make no mistake, lost over 90 minutes to the better side BUT two decisions that changed the game will rub in their faces. First when Brad Thompson was off the pitch injured there was dismay that the tackle on him was given as a free kick to WGC and from it, with Jets at 10 men, WGC’s Endacott headed the opener 0-1. The second was and is grating, at the end of the match I asked the referee why Leigh Stevens’ goal was ruled out. The honest official, who had a decent game for his first level four, said the keeper was infringed ! The photos show the exact moment Leigh Stevens back flicks into the top of the net and at no point is anybody near the keeper, it’s s dreadful decision for Jets on the night.

Jets have a finish from Leigh Stevens disallowed for an alleged infringement on the WGC keeper.

The match, that goal aside, was a battle for new Jets and while WGC had the upper hand possession wise Jets battled and fought their way through the match with determination not witnessed in last seasons thrashings by City.

City missed a sitter and Rob Partington was major in Jets staying level through the first half hour. Jets countered on the break but Adam Lowton was isolated up front tonight and Jets struggled to get the final ball to complete the moves. Jets lost Thompson and the goal but at the break Jets were still there and battling.

The second half was much the same for 20 minutes then a fine execution from Kersey put WGC clear. Jets surrendered really and the third, by Foley, was against a side that looked to have given up.. But this was a new Jets and the introduction of Luke Wells changed it all, suddenly positive and attaching duel pronged Jets looked different and Leigh Stevens slipped in Luke Wells to slot 1-3 (78 minutes).

Jets found impetus and streamed forward then Pugsley played in Adam Lowton 2-3 (87 minutes) and panic stations. WGC smashed the cross bar and Partington made a blinding save, then Jets twice looked to have done in but brilliant clearances off the line with the keeper beaten denied Jets each time. 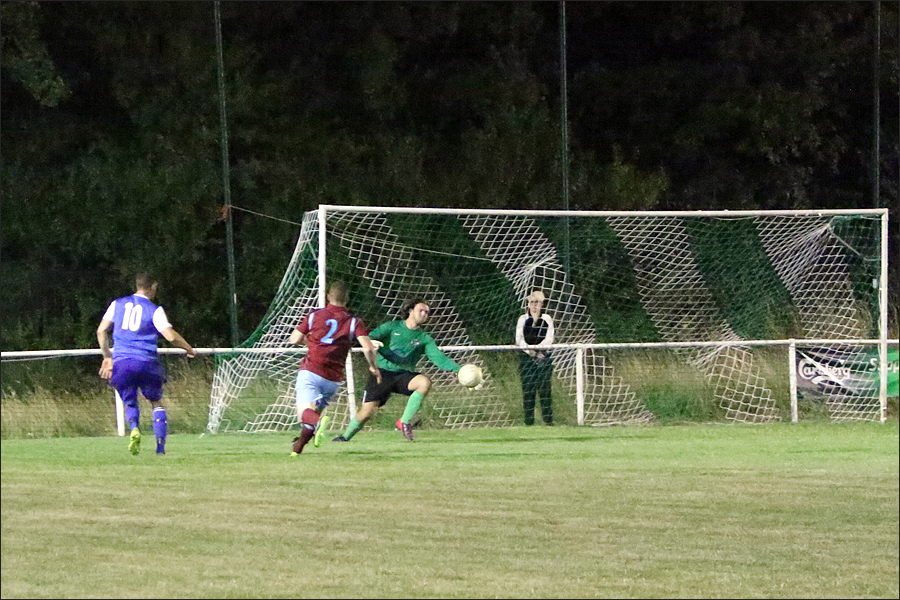 WGC were happy to hit the corner flags and play the time out. Jets were beaten but wow what a fight they put up against a very good and very difficult side to open the season against. Positive vibes still despite the defeat.

Jets keeper Rob Partington was clear Man of the Match for Jets and took the Carlsberg bottles to drown his sorry sorry. In a game of five goals, Welwyn also made their keeper Metcalf their man of the match! Shows what a great battle it was.

Last word goes to the goal that wasn’t !!! Really Ref !! That aside, good game though. 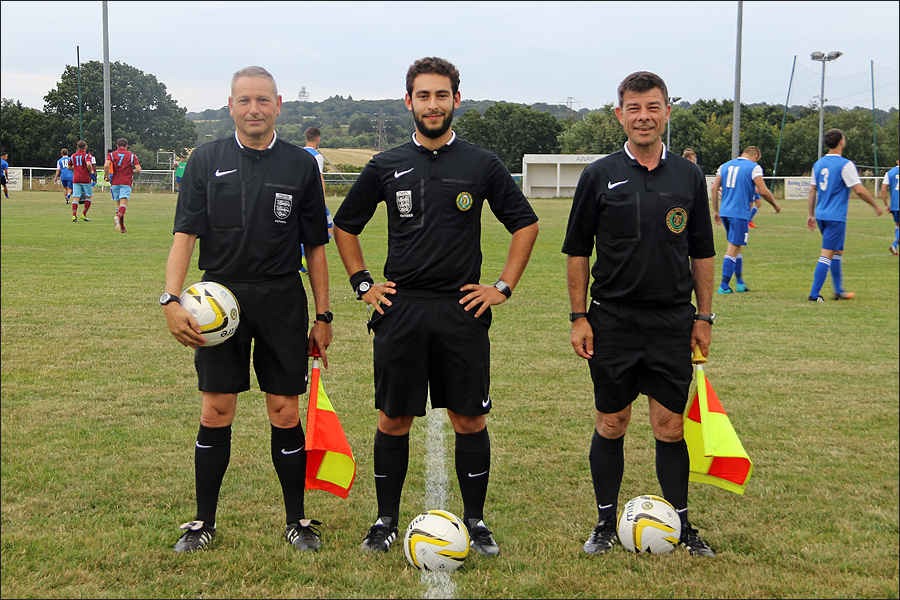 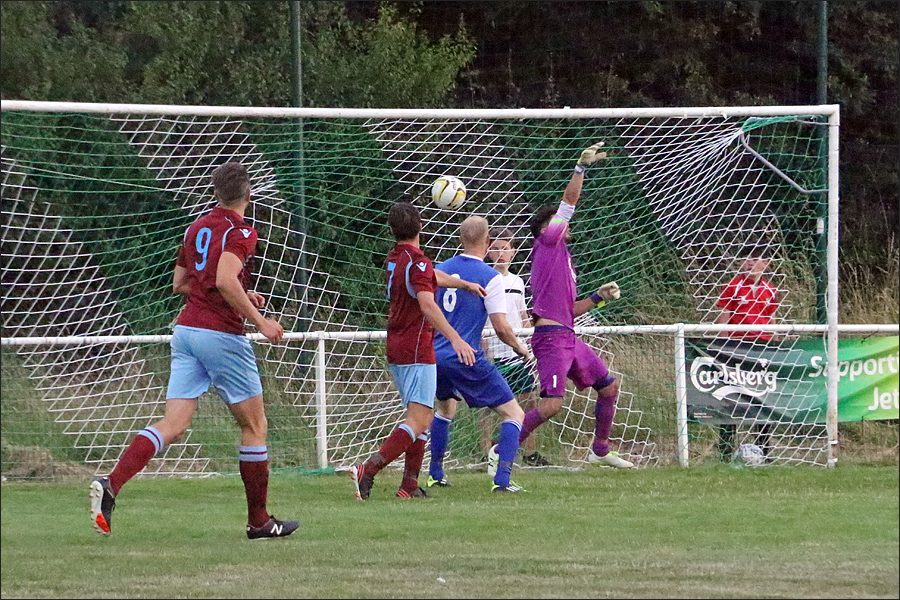 Welwyn take the lead through Endacott 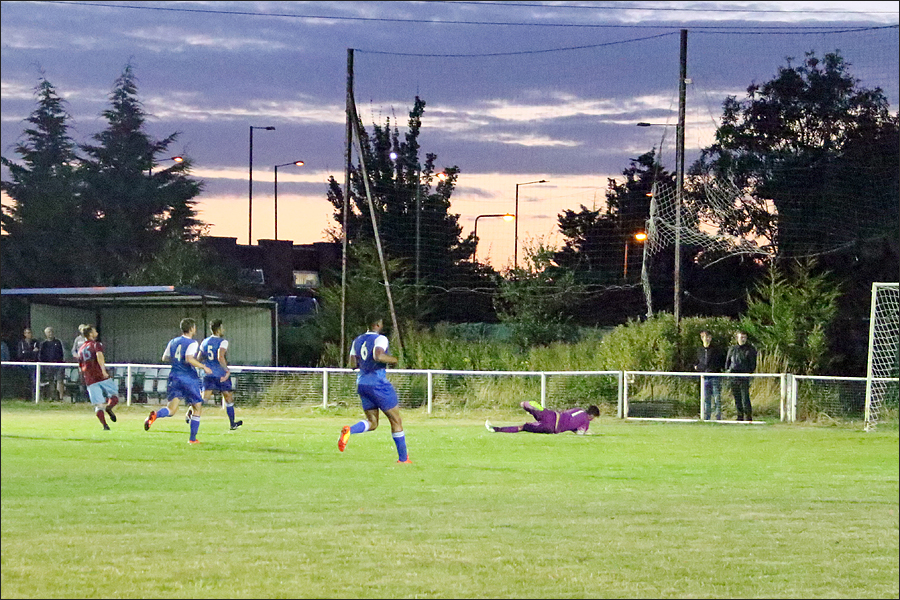 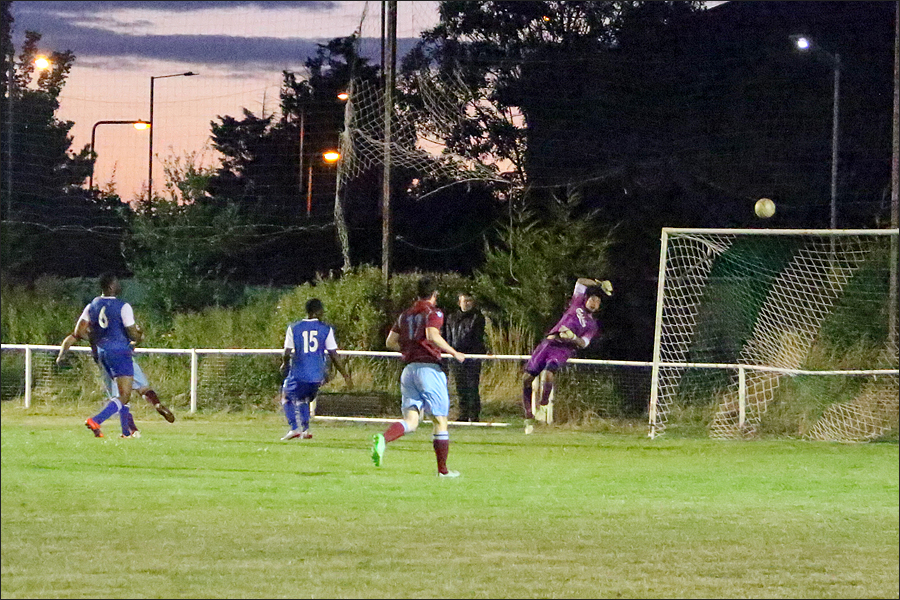 Stunning save from Rob Partington 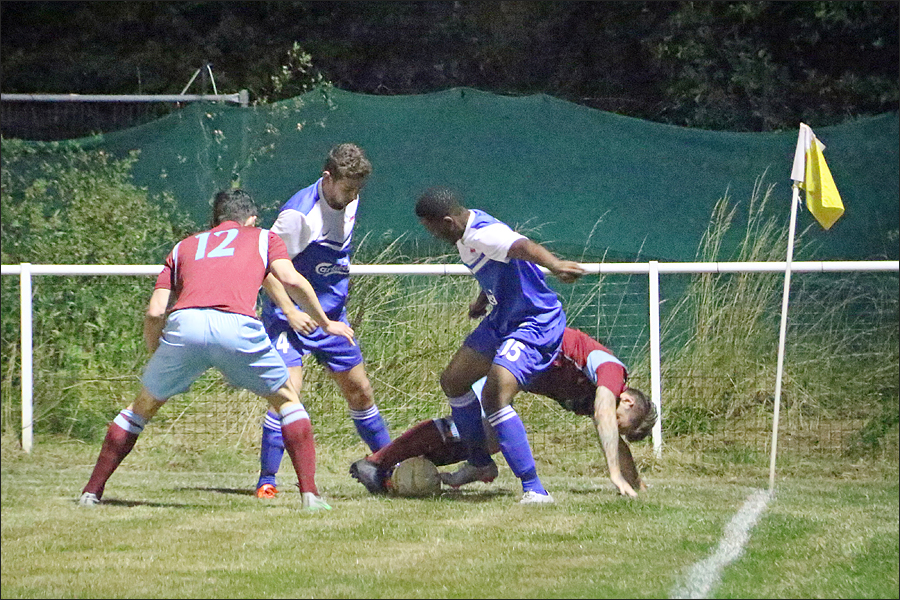 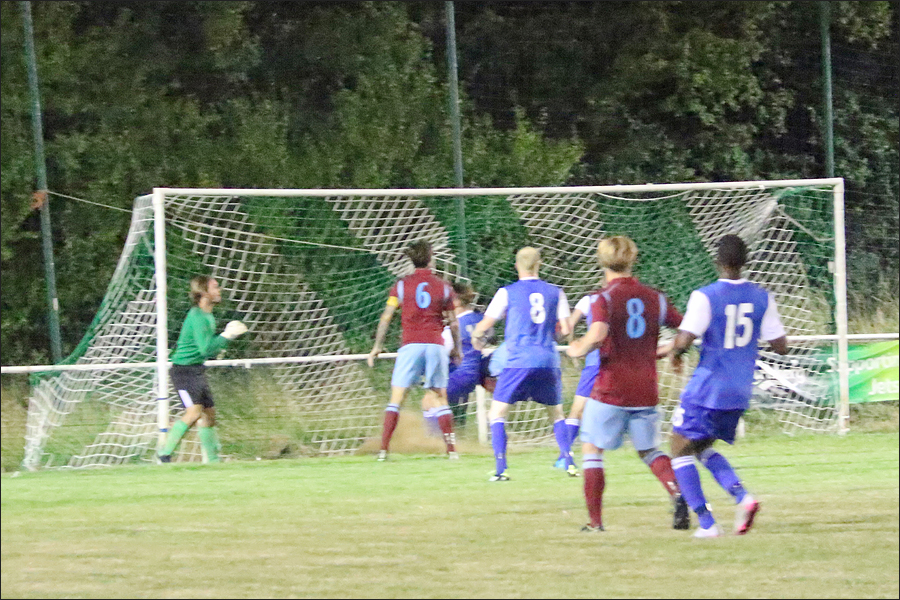 Welwyn clear off the line with their keeper beaten 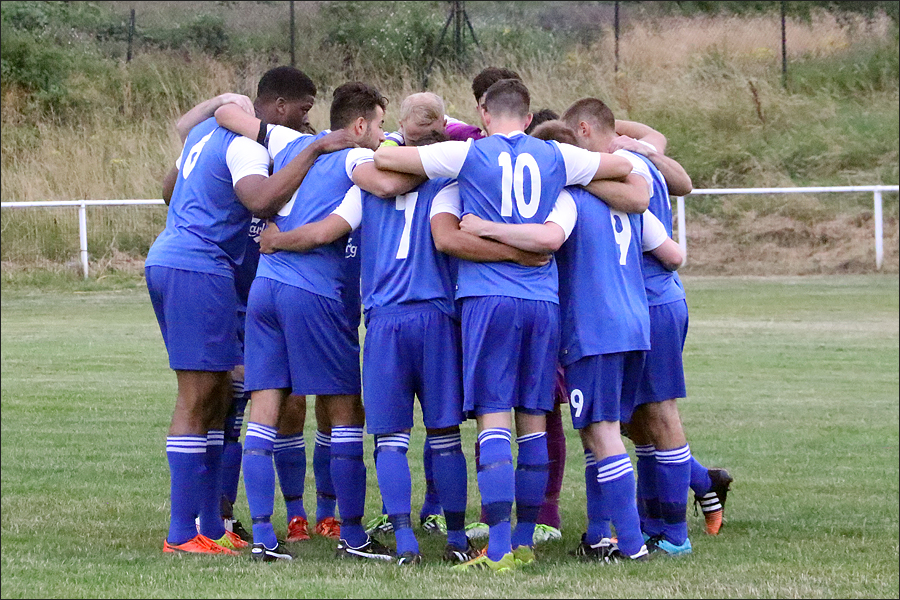