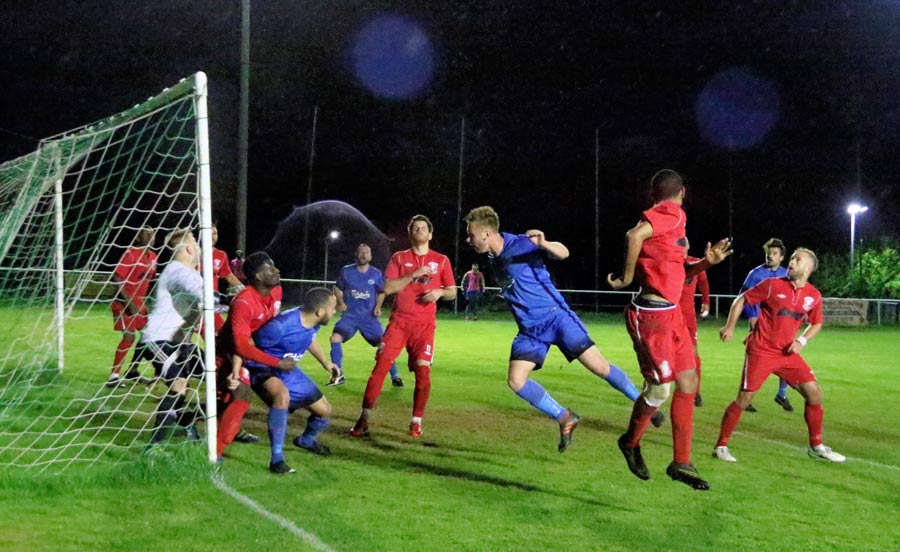 Another game another defeat in the long run without a win for luckless Jets. Wembley are an excellent side, and their football is skilful and competitive and made for an entertaining end to end match at the Boundary stadium.

General opinion around the ground from the supporters is that Jets look far better as a team since the management changes, but they are failing to take chances and overplay around the box and don’t get into the areas that hurt the opposition. 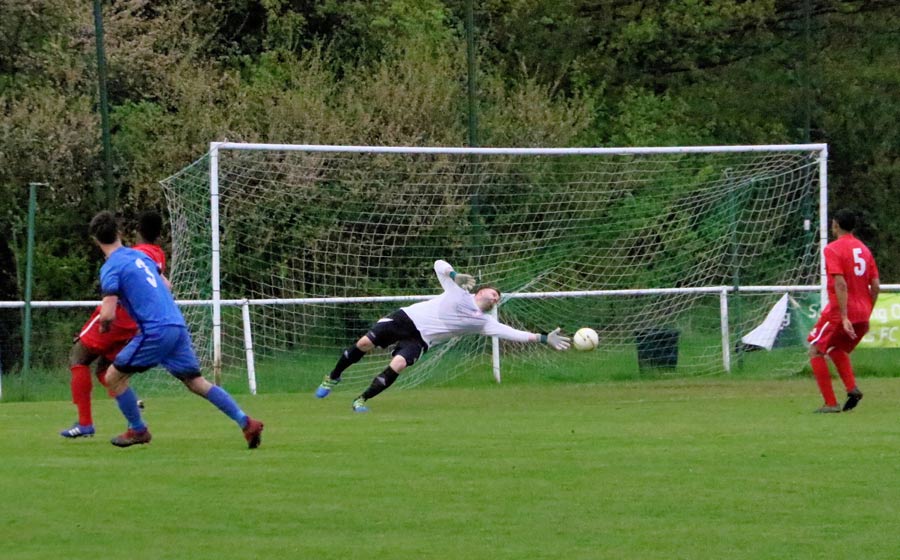 So close to an early lead for Jets

Jets opened strongly and went for broke as survival is now looking difficult with Arsley Town looking like coming into SSML meaning spot no 20 may be a relegation place not just spot 21 as expected due to Sun’s withdrawal. 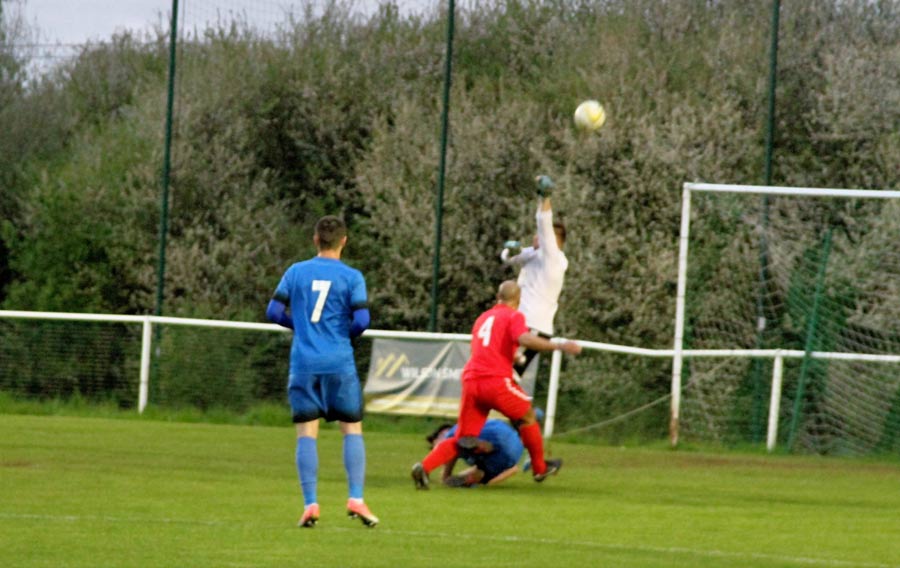 The Wembley keeper just manages to tip this onto the bar

The Wembley keeper tipped one just onto the bar top and pulled off a good save from Blunden in an end to end first half that started nose to nose but ended with the visitors far more dangerous and Ryan Keeley twice making excellent saves to keep Jets tying for a critical point. 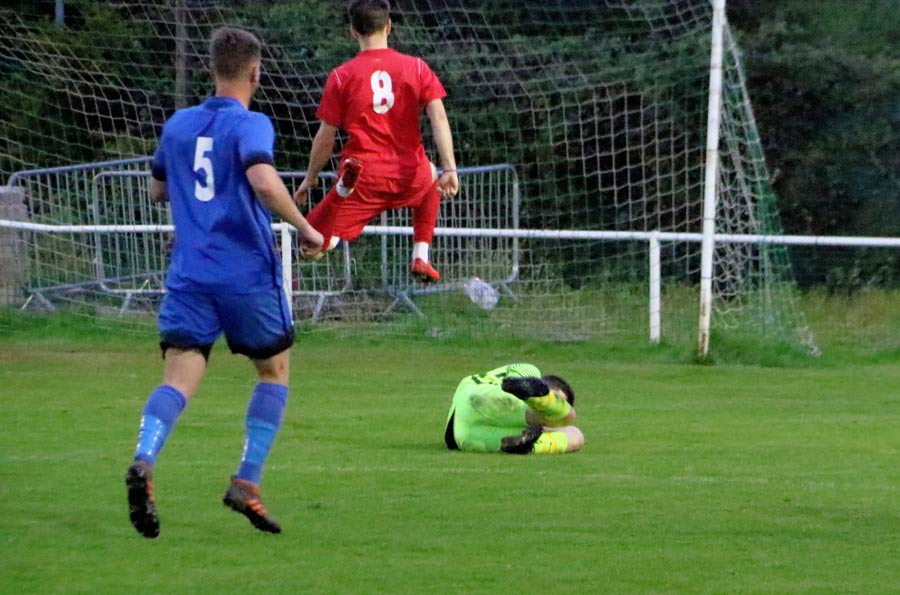 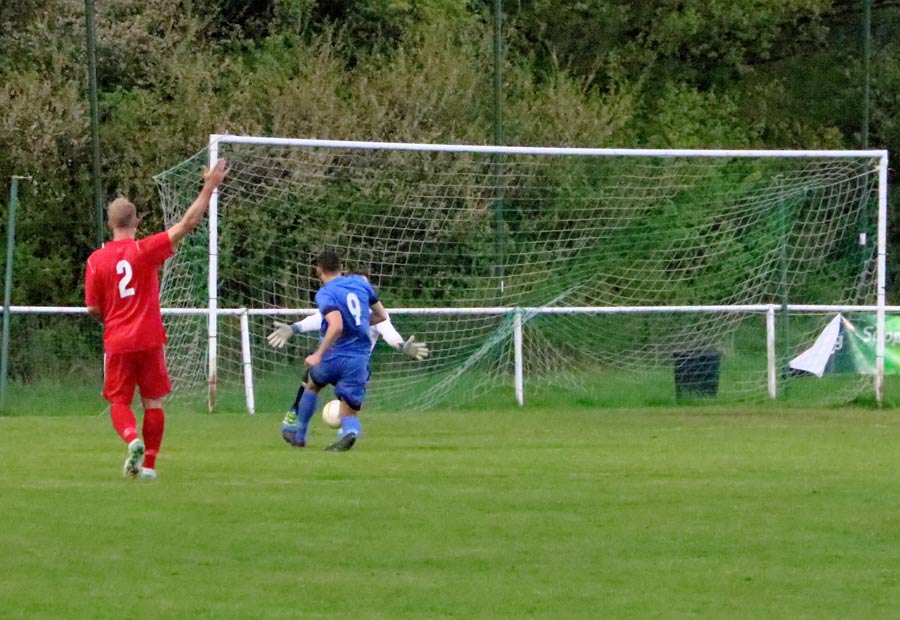 Another big chance for Jets

Jets got one great break when Akinola went clear but beating the last defender on the bye line turned back and not direct at target and as so often with Jets the reluctance to get at the hot spot costs them, you rarely score going away from goal is fact! 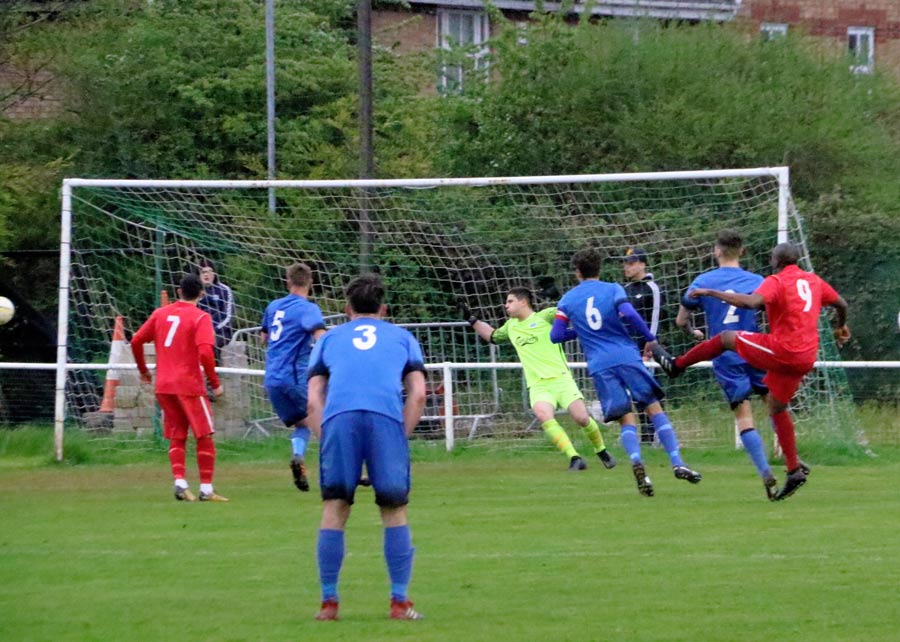 Jets battled superbly, and although losing the midfield battle, Jude Bell and Brad Thompson were playing well and edging Jets through.

Formation changes made Jets more competitive and it was nose to nose with Jets competitive battling matching the flowing touch football of their opponents.

It was an interesting battle and it would and could have been a critical and excellent point for Jets. As so often, the turning point was two opportunities one at each end. Wembley were allowed to turn a full 180 on the ball in dreadful defending and get a curler ground hugger away. It looked safe and wide but courtesy of a turf divot and the post it got past Keeley for what was to be the cruel winner.

Jets pushed for the equaliser and had an excellent penalty appeal turned down on Blunden who seems to have upset the officials lately and gets nothing, but he laid on the chance of the match for Amoah centre goal, but the layback was hit wide of the target and the bolt on chance gone.

Jets biggest problem is they don’t get at the danger area, balls out of play when they know they can do better. Chances lost, frustratingly they dither on free kicks and corners and don’t deliver into the box. Instead, three little touches and no finished product until the ball is lost and never delivered. Basically, we are low in confidence and not taking the chance to be to blame. Well, they need to forget this and go for it because they are not to blame, we are, the club, me myself because we / I should have changed the set up earlier, so now throw caution to the wind and try to get out of trouble. 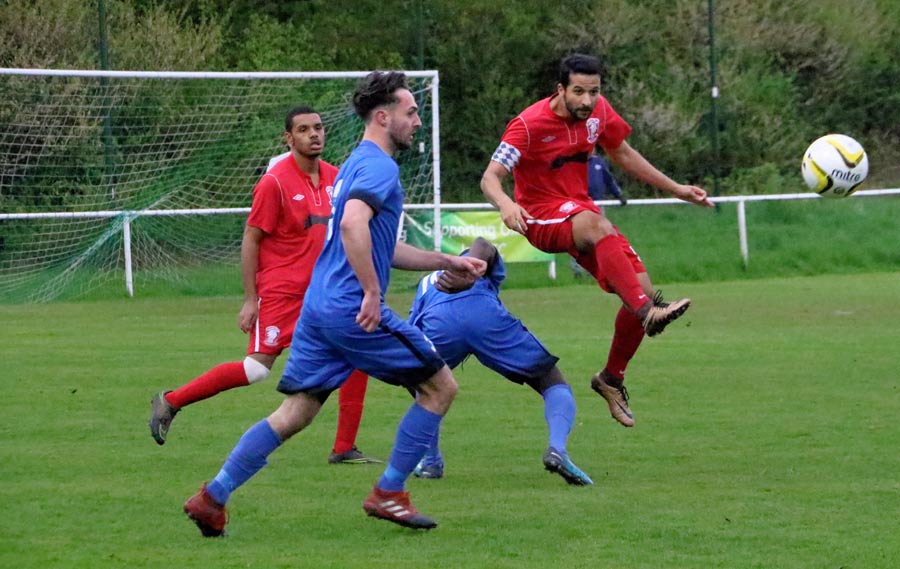 Man of the match was between Brad Thompson and Jude Bell, and the vote amongst the staff went to Brad for a strong first half influence. 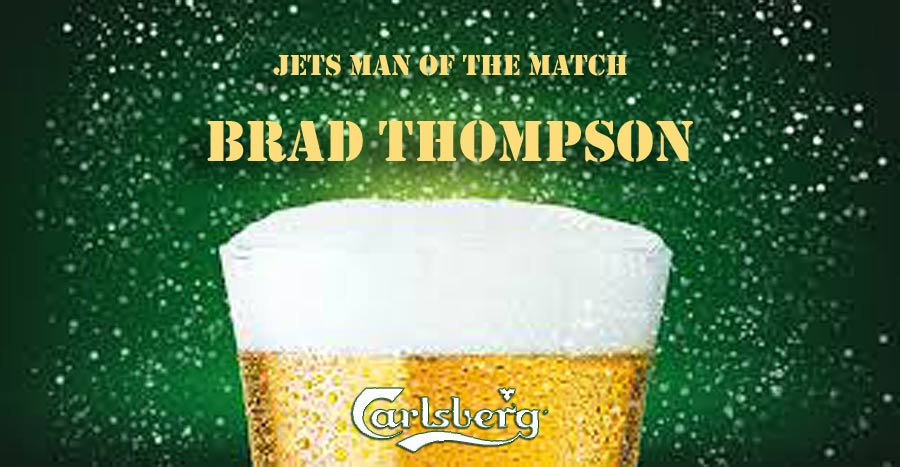 Survival is tricky and might be in the hands of the FA suits with the is it a relegation spot or not, but with four games to go and two against top four sides, commitment and doing the best possible is all we can ask.