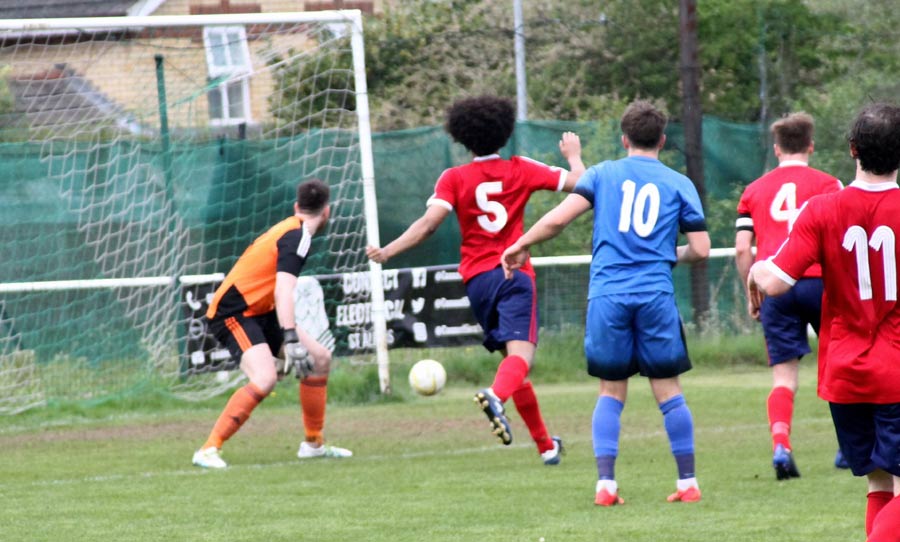 Jets put up the under new management signs today as Tim O’Sullivan took charge for the first time as Jets try to win the relegation dogfight. 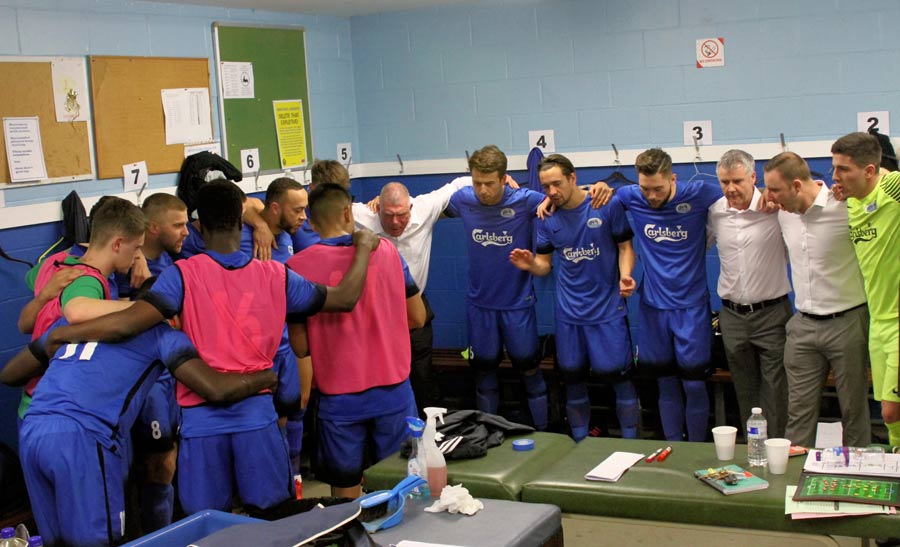 Do we want it? Tim O’Sullivan takes charge at Jets

Jets will wonder how they didn’t get the points against Guillem Balagué’s 8th place side. They restricted the visitors to just a single effort on goal while at the other end Lady Luck just will not shine on Jets at the moment. 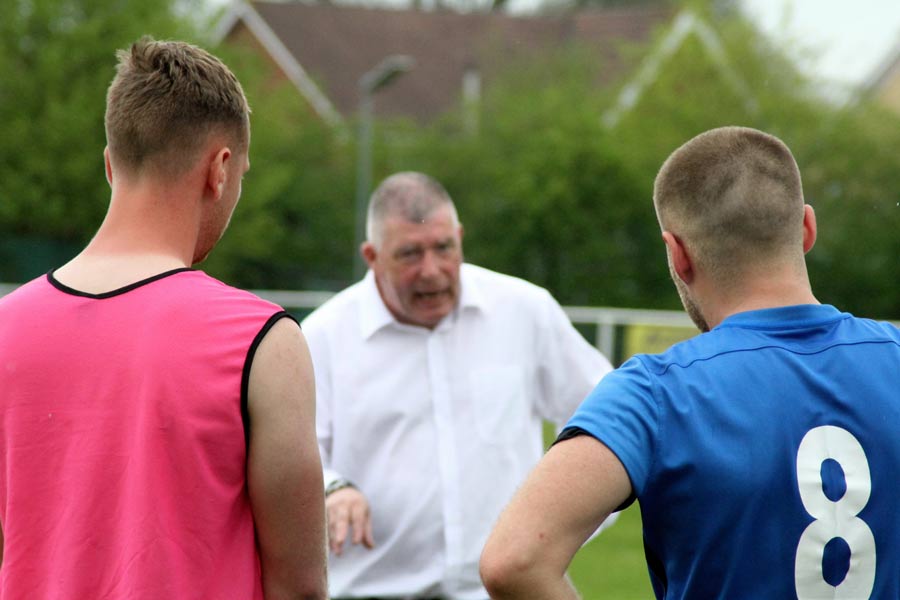 Anyone who can make Pugs listen gets our vote!

Tim laid the grounds for how his tenure will work and left nobody in any doubt that he means business and expects a significant immediate response from his team to save Jets Premier status and then to build for the new season.

Jets, tentative at times, laid deep at first but the chances arrived in long waves with scrambles and oohs and aarghs as they tried, and did they try.

Biggleswade defender heads off the line

Pugsley looked to have done it as did Blunden but the Biggleswade keeper was grateful to defenders clearing off the line to save his clean sheet. The keeper then denied Gibson in another goalmouth scramble.

Good save in a multi-chance scramble

Lady Luck won’t side with Jets at the moment, and a driven cross into the box saw Blunden and Gibson dive at the ball, but the open goal needing just a toe was just out of reach. 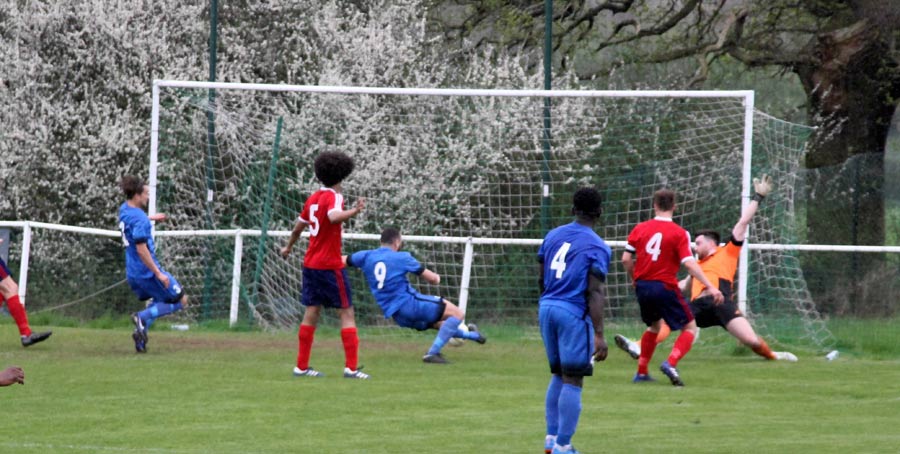 Blunden & Gibson both just a toe away

Jets defending was outstanding today, and Jude Bell and young Vass were excellent in denying the visitors even a sniff at goal. 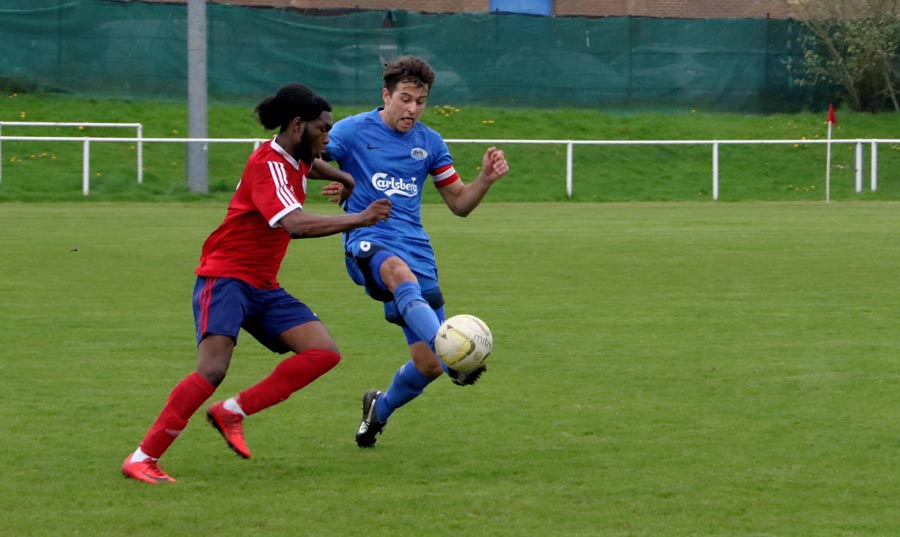 Jets last chance of the half saw Andy Amoah break clear and beat the last defender but his layback was wayward, and the visitors survived to the break. HT 0-0

Jets pushed on much more, and if they are to escape this hole, they must get just a little break because at the moment someone must have run over the black cat.

John Smith hassled and chased and forced the keeper to error only for his shot to go out off the post, a frequent site in recent weeks. 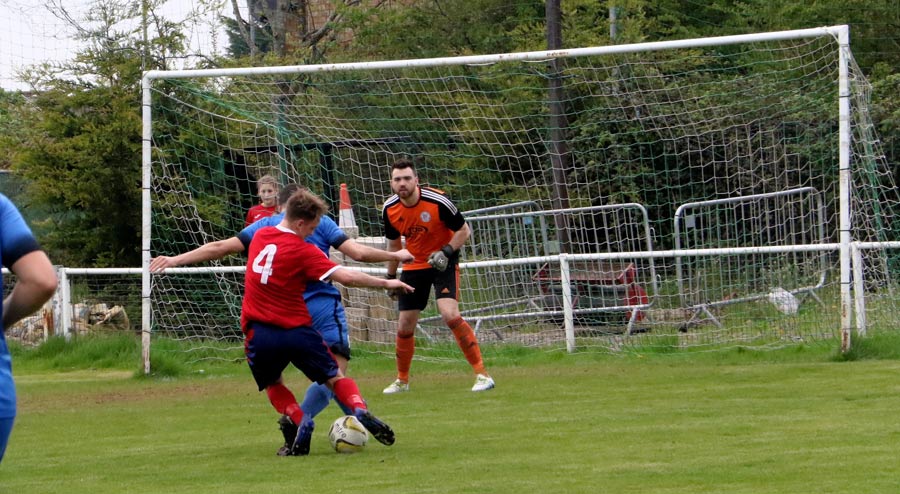 1st of three penalty appeals as Blunden tackled from behind

Then it was the three turned down penalty appeals, first when Blunden steadied to strike but tackled from behind, and the two in seconds on Patru on the goal line, the second looking more of a shout but the fiery midfielder needs to be less dramatic to get the decisions I think. 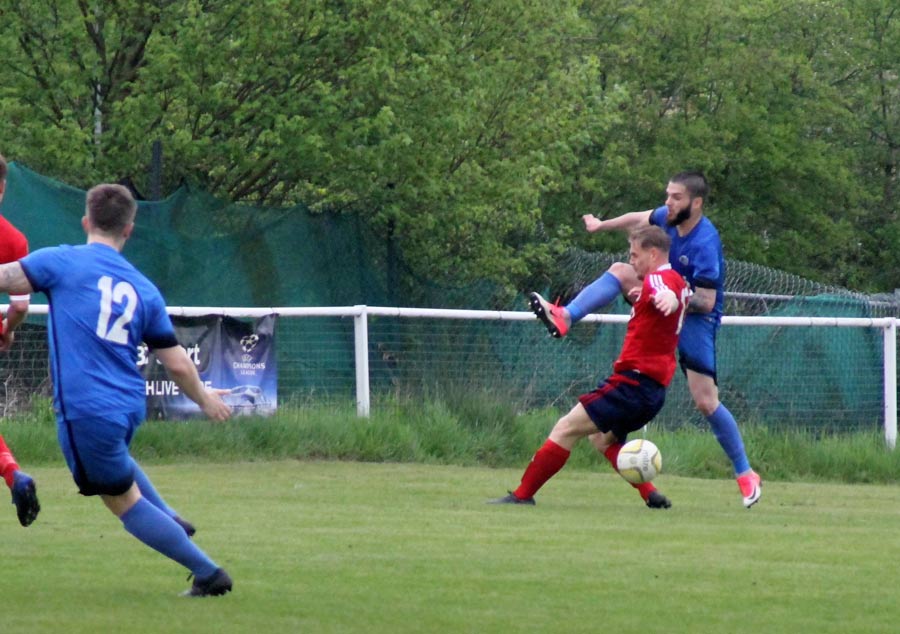 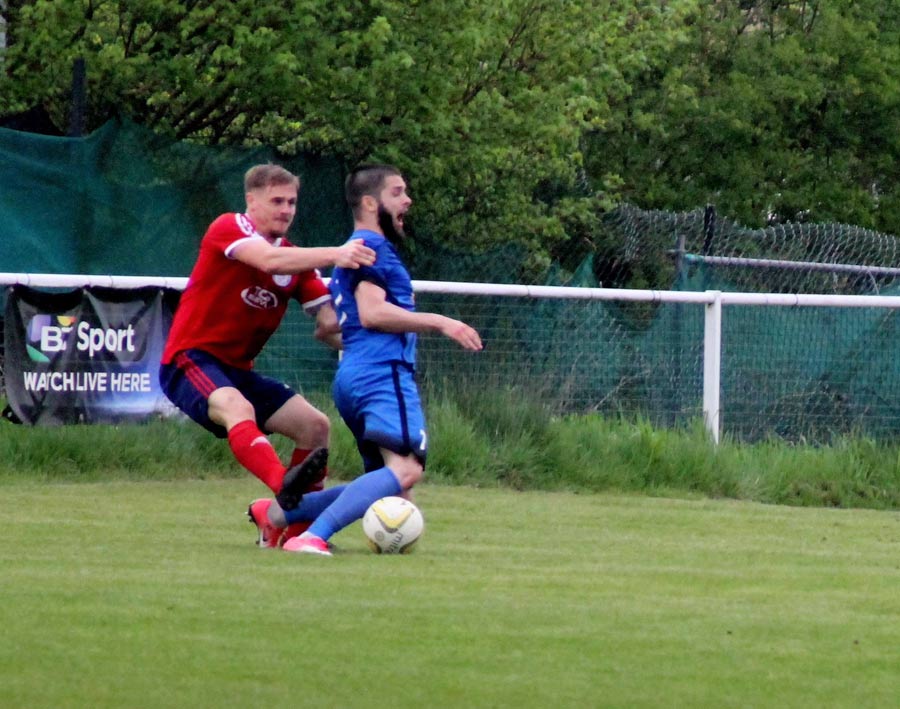 And then an even bigger appeal a few seconds later

Jets will be disappointed but all they can do is chip away and hope for a break and try to get out of that “maybe a relegation” spot in this FA pyramid year. 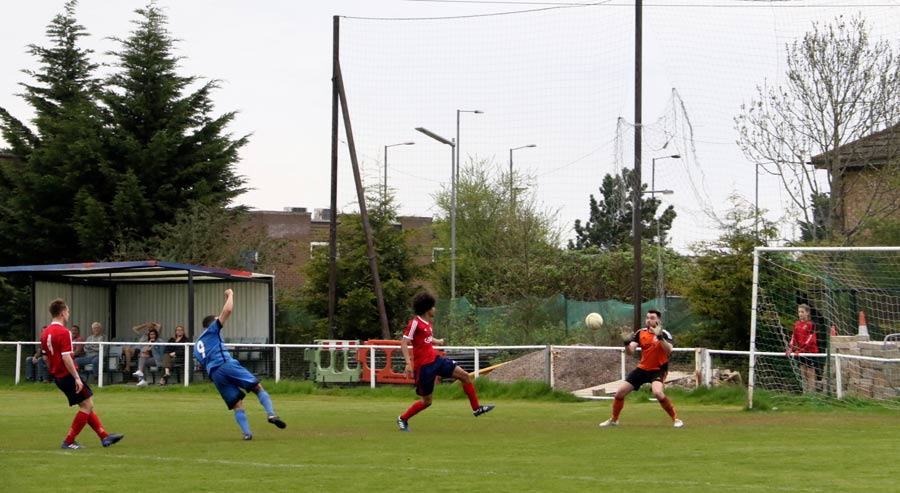 The save of the match denies Chris Blunden a late winner

Man of the match was nominated, and three battled it out. The passion of Scott Pugsley, the solid defending from skipper Jude Bell and young Vass Mandeville. The unanimous decision went to Vass, a super game for the youngster. 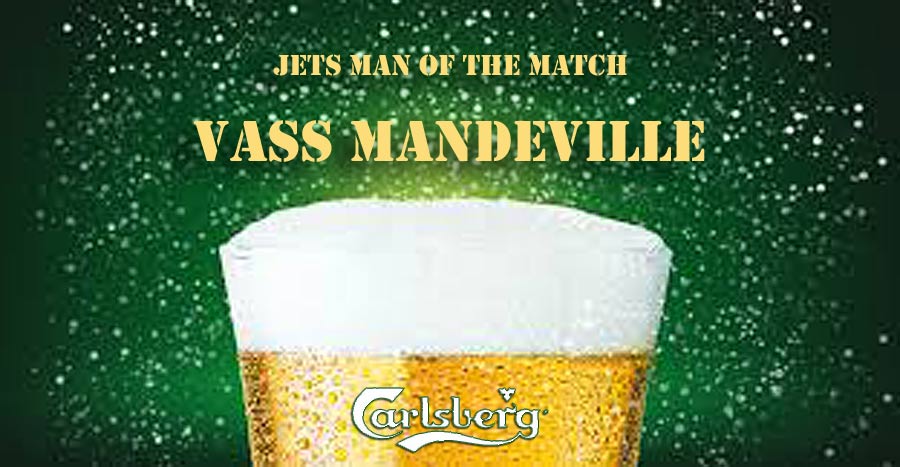 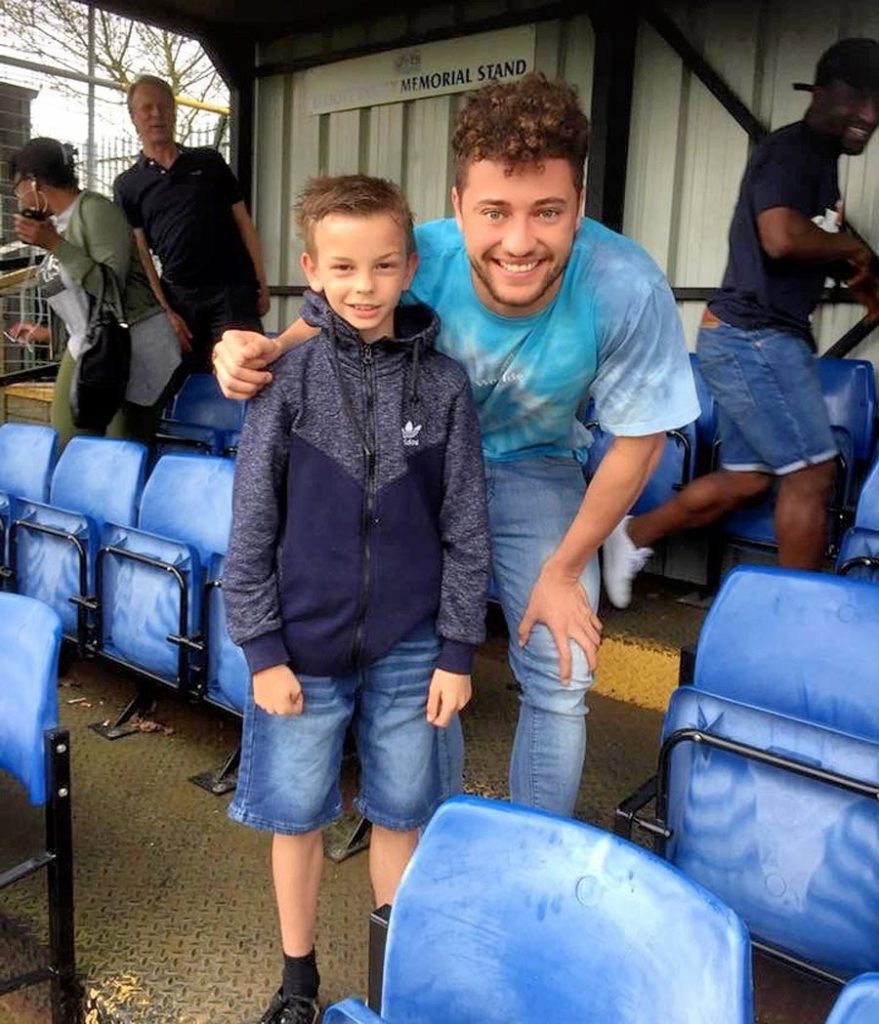 Another draw on the day with both sides having a TV personality/celebrity in the stands. United had their Sky TV Spanish footy presenter Guillem Balagué; Jets had former player, Myles from Racksu who won the attention of the youngsters at the game. 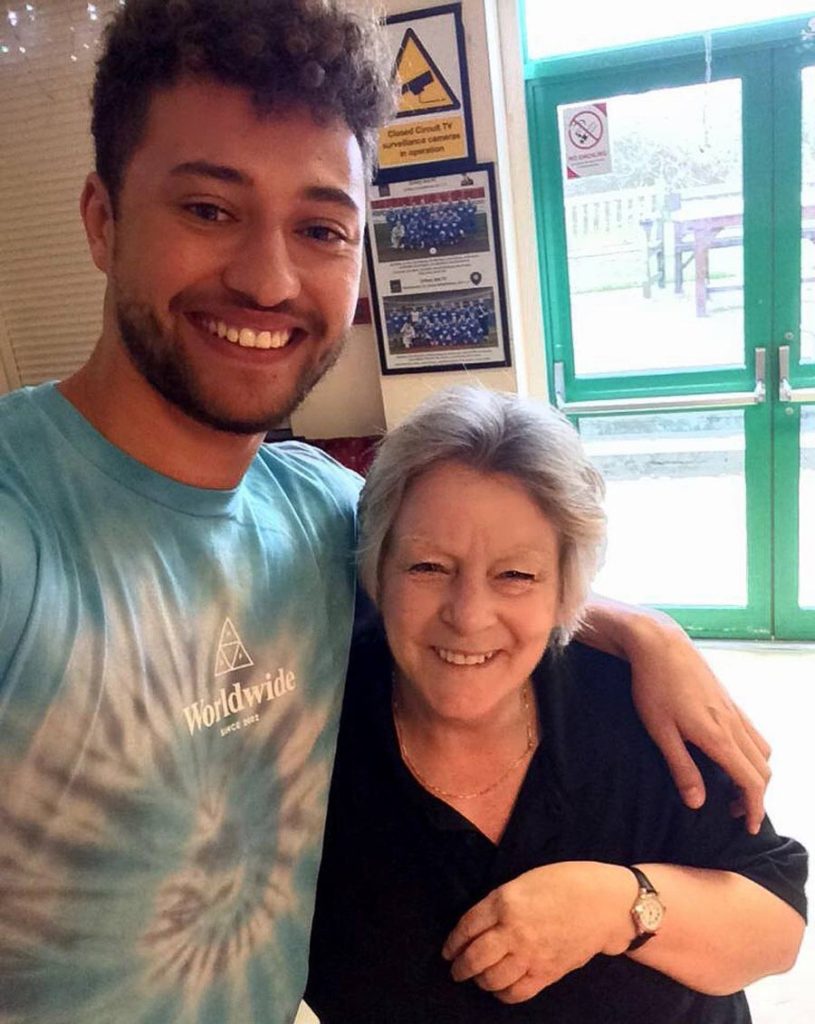 And – of course – Sandra gets her man! 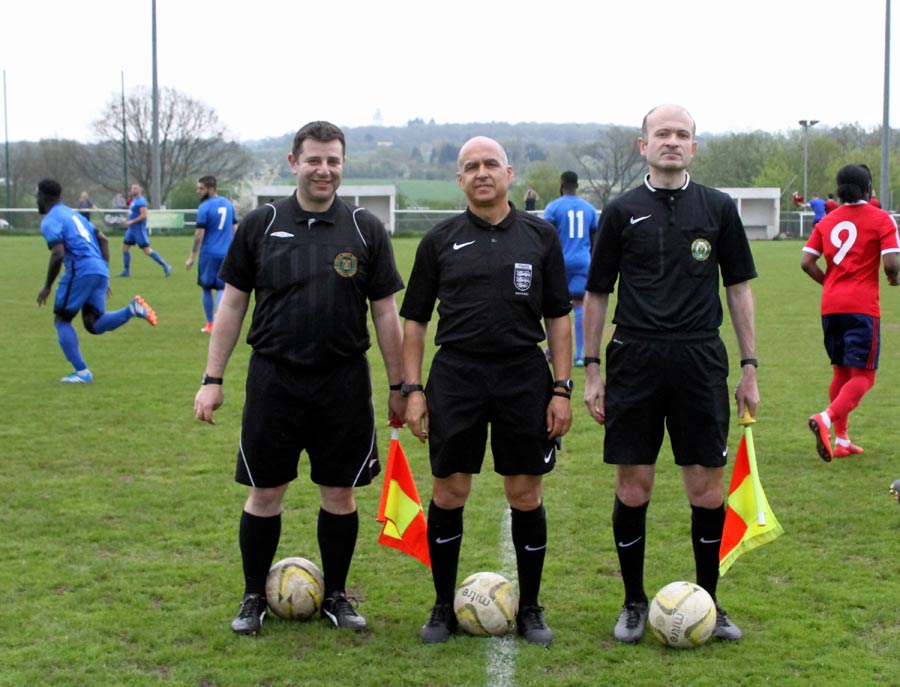