Jets put on an excellent display for 45 minutes against the FA Vase quarter-finalist and promotion chasers from Leighton Town, but two goals in the last five minutes of the first half dented them, and the promotion chasers ran out comfortable winners in the second.

Jets started very defensively and tried to frustrate the powerful visitors and mainly thanks to Jets keeper Ryan Keeley they did, but two of his best saves came after diabolical back passes from Jets players !!

For Jets, their survival cause is made harder by the continuous changes forced on them by the lack of commitment from the squad at times on a regular basis. Twenty minutes in, when Jets had started to come out of their shell following some superb chase and hassle, a loose ball fell to Curtis Donaldson who composed himself, lined it up and hit a superb curler into the net to stun the promotion chasers 1-0 Jets.

This triggered Jets best period and the visitor’s keeper made a magnificent save to keep it at one; then the post saved them as Jets went for the shock.

Heartbreak came just five minutes from the break, first awful defending allowed the right winger to go clear onto a loose ball unchallenged and level the tie, then the same player minutes later supplied the uncontested cross for the visitors to turn the tie on its head 1-2 at the break.

You could sense that after giving so much and competing so well, it was a blow that would take some extraordinary team motivation talk to reverse.

The second half if not quite as bad as the score maybe suggests but in honestly Jets faded to the expected defeat. Jets need to look to somehow get some survival points.

Jets suffered a blow when the somewhat by the book official cautioned skipper Tom Gibson for a nothing. If that’s not bad enough, it has kicked in a suspension that rules him out of some must-win games, and he is someone you want on your side in a fight as he gives his all each time.

Jets main problem is they have three-quarters of a team who work their socks off and give their all, but they are carrying some who only play or work for themselves. To get out of the desperate hole we are in we need everyone to work hard for the same result, the team not personal self-glory.

Ryan Keeley made a number of good saves 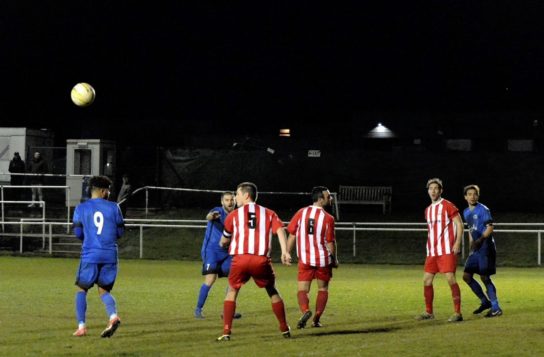 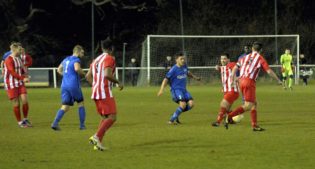 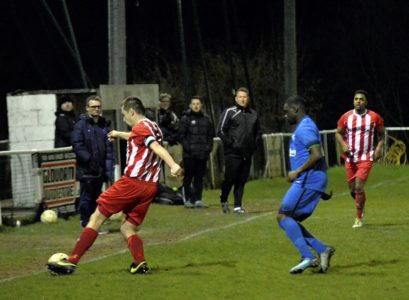 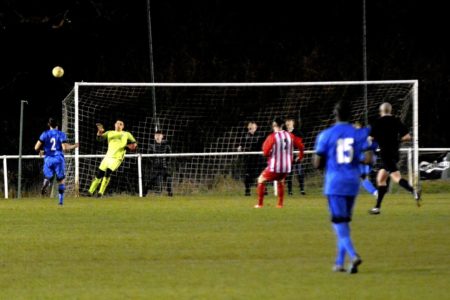 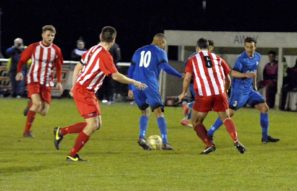 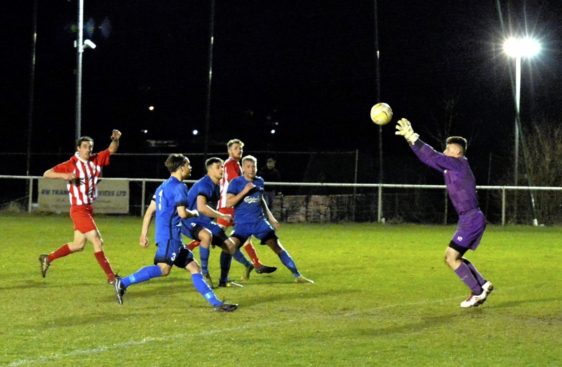 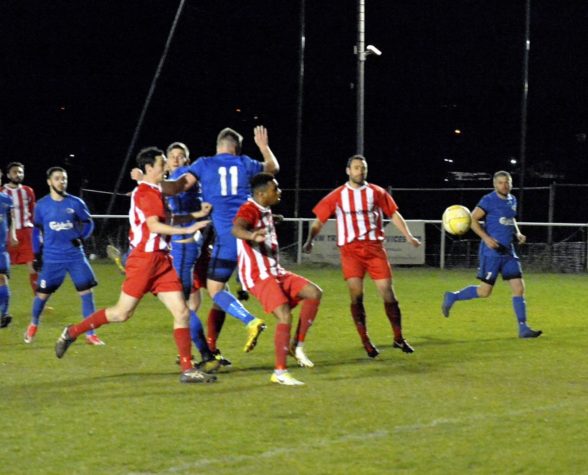 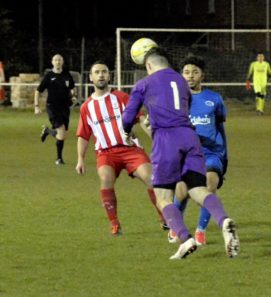 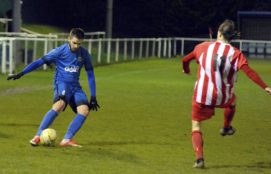 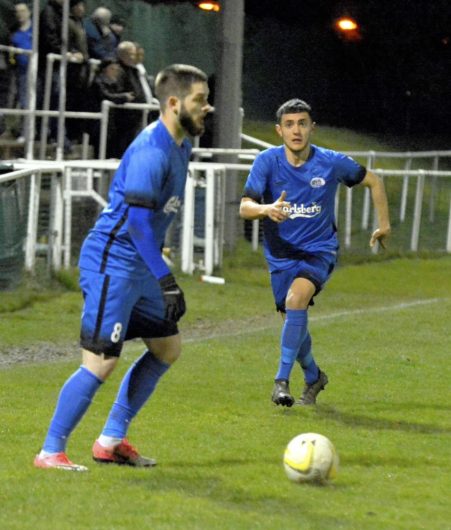 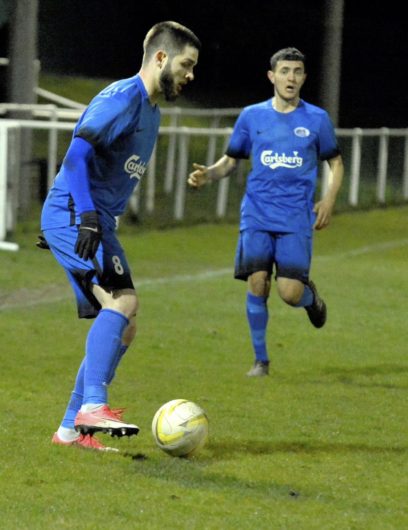 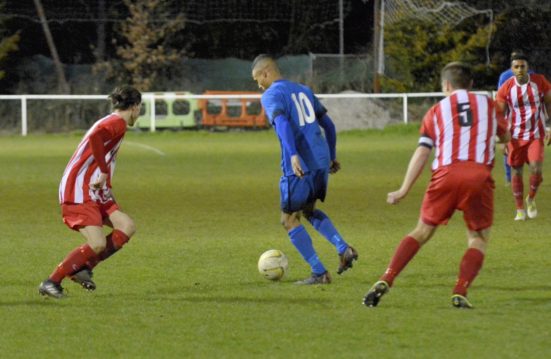 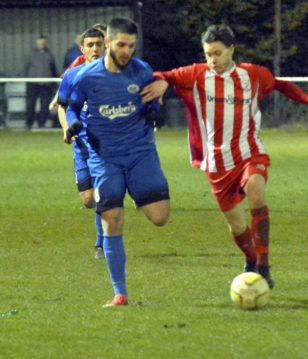 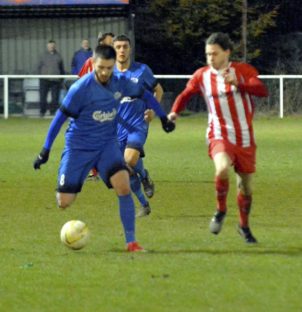 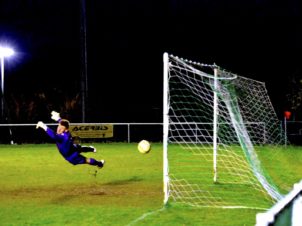 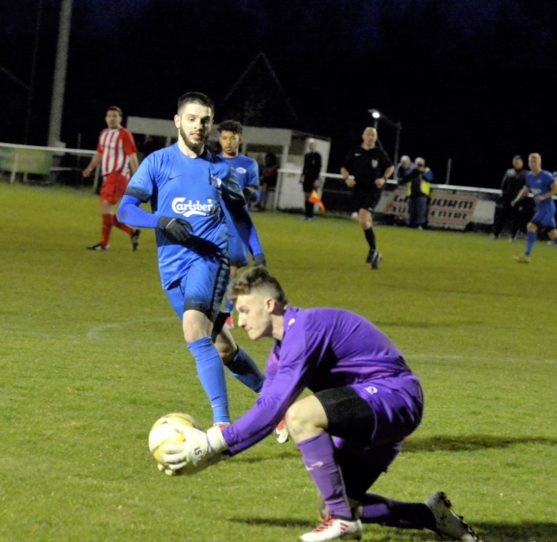 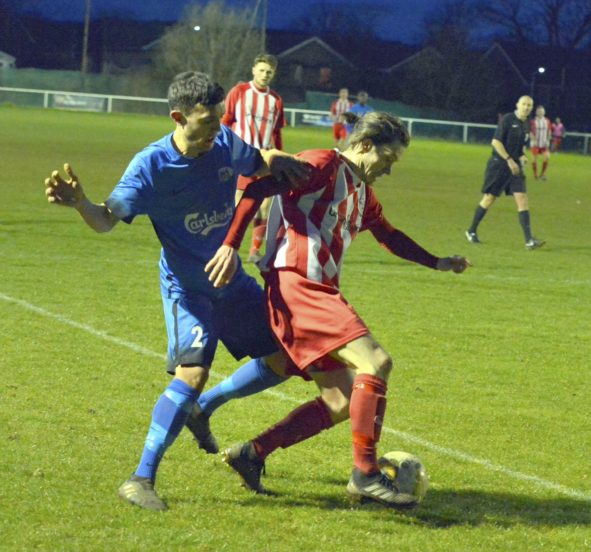 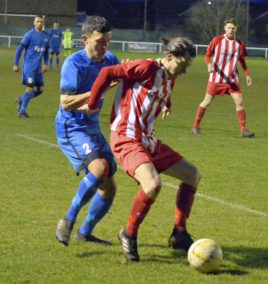 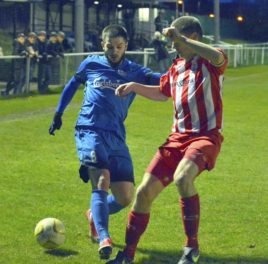 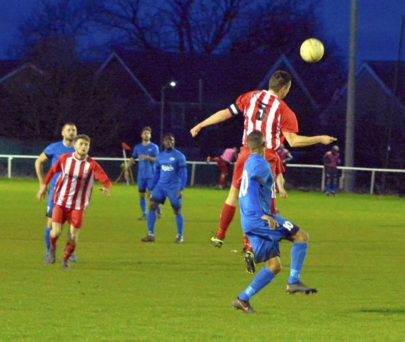 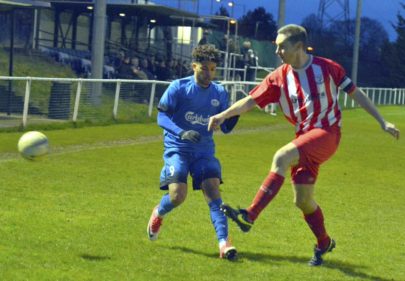 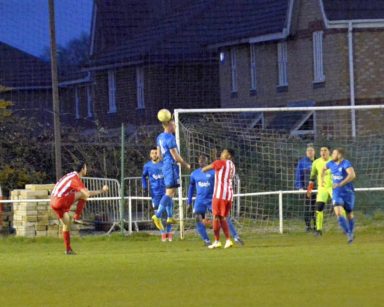 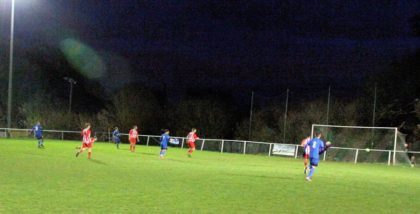 Ryan Keeley made a number of good saves 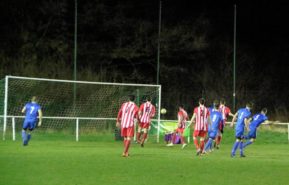