A second point on the road in a week but this time against again a much higher placed side than Jets in the division.

Jets were a little disappointed and spurred on by the United programme notes that “Jets are where you’d expect them to be at this stage of the season” but I guess everyone has an opinion on the league table and other clubs.

I presume they are equally disappointed to be in third place in Biggleswade behind Town and FC, so today’s points were significant to both sides to climb up the table.

Jets had to combat the old slope in the first half on a pitch that, slope aside, was in excellent condition.

The game ended 0-0, and that was virtually true on chances and shots on target as well. 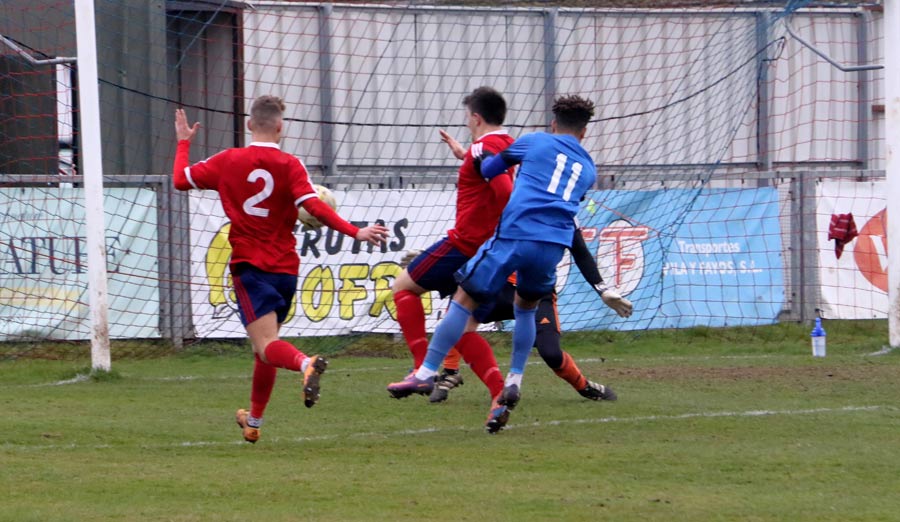 Jets could and should have hit the target and taken the lead in the first half when Eli Seymour was in 1:1 on the keeper, but he who hesitates loses, and he failed to pull the trigger, and the defenders got back to block.

It was a game of solid defending and the defences, helped by massive lack of vision and accurate distribution, stayed on top.

Jets enjoyed a significant amount of possession and were not as wasteful in the second half, but clear-cut chances were rare even with high percentage possession.

Jets thought they had the winner

Jets looked to have won it when a free kick dipped agonisingly over the bar, then in stoppage time United had a lengthy scramble in the area, and it was Jets turn to batten down the hatches, and they did superbly for an excellent point. 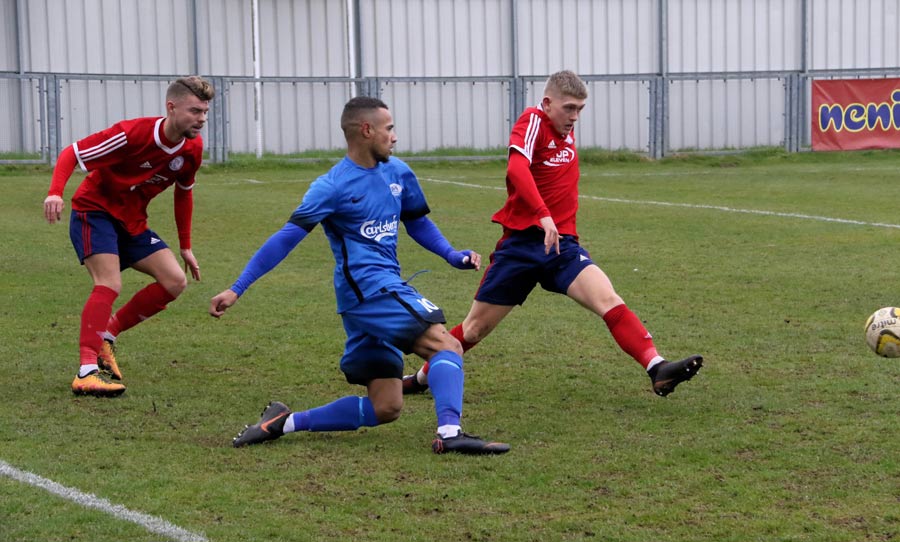 Jets man of the match was a unanimous decision going to Curtis Donaldson. Strong mentions though for Vass whose young years do not reflect his composure; Ryan Keeley who kept for Jets a rare clean sheet; Tom Gibson who was his usual outstanding competitive self; and Jude and Jack who dominated the aerial threat.

Curtis covered all the pitch today

The imagination is needed supporting the front man and Jets need to start scoring to turn draws and possession into wins and points. Off-field as always thanks to the hard working Biggleswade ladies for the excellent food and hospitality and friendship.

The Reserves were in the Hertfordshire Senior Cup semi-final. Hertford Town beat Jets 4-0 in the semi with three goals in the second half sealing the win, and congratulations to them on a deserved win, well done our lads on the effort needed to reach the semi-final, and to Dean & Tom in their first season in management. 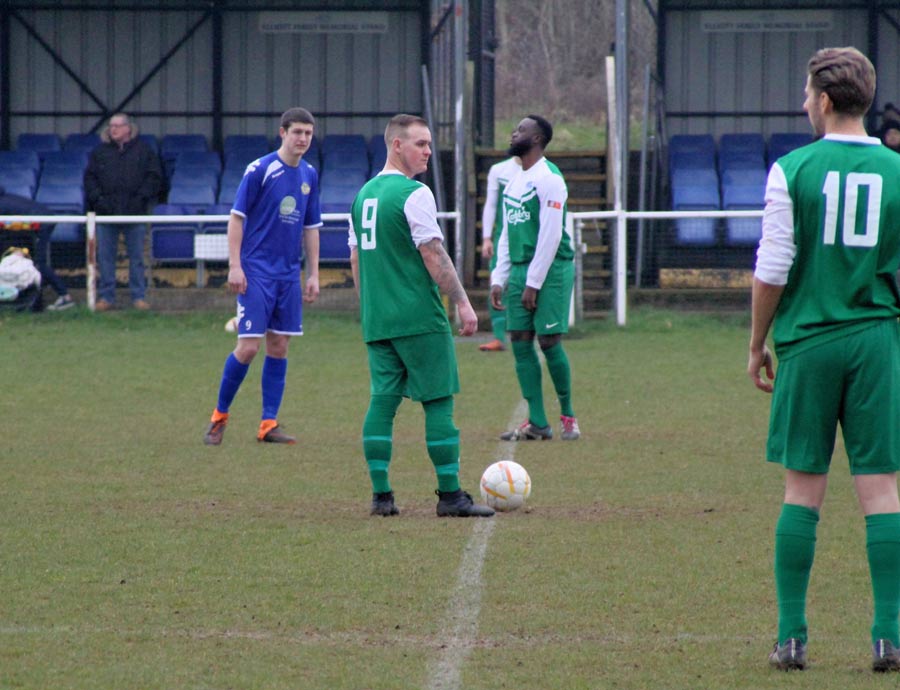 Reserves in action in the Semi-Final 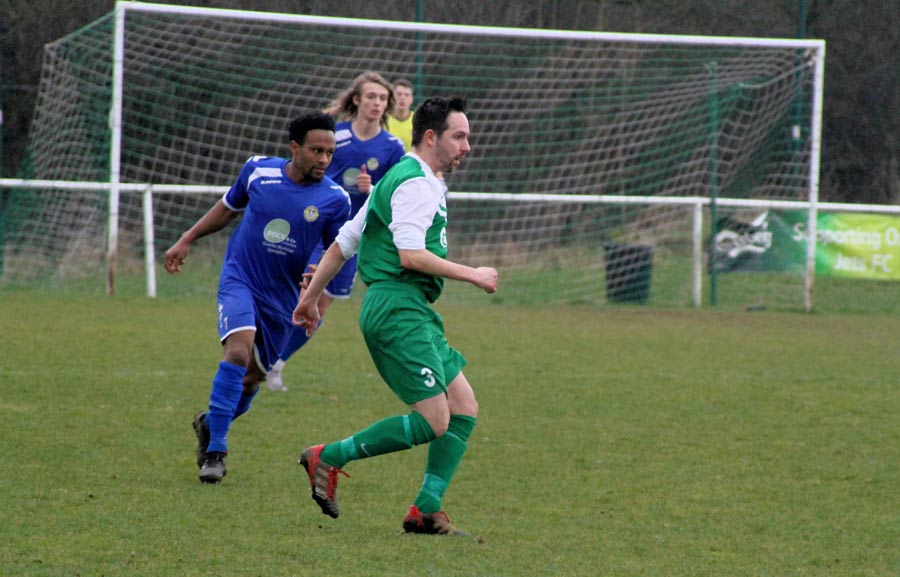 The Vets match at Chipperfield was abandoned when a member of the Chipperfield staff running the line collapsed with a heart attack and went into full cardiac arrest. His life was thankfully saved by excellent people and a player on the pitch who was able to maintain life while a defibrillator was collected and used with success. The air ambulance and car and ambulance medics were fantastic, and he is we hope making a full recovery in Harefield hospital.