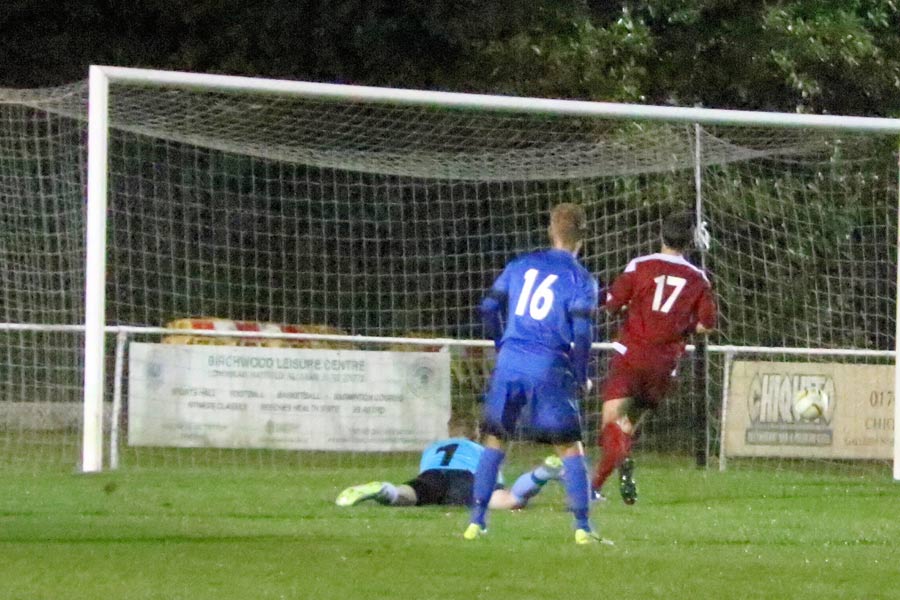 Great Away Win For Jets

Jets knew their good start in the league would be put to the test tonight at Colney Heath, a team that many expect to fight for honours this season. Add to that, Colney has former Jet Lee Armitt as their centre forward, and we all know how lethal he can be in front of goal.

Jets played down the slope in the first half but most of the action was the other way as Colney dominated the play. Rob Partington made several good saves and Jets were more than happy to come in at half-time 0-0. 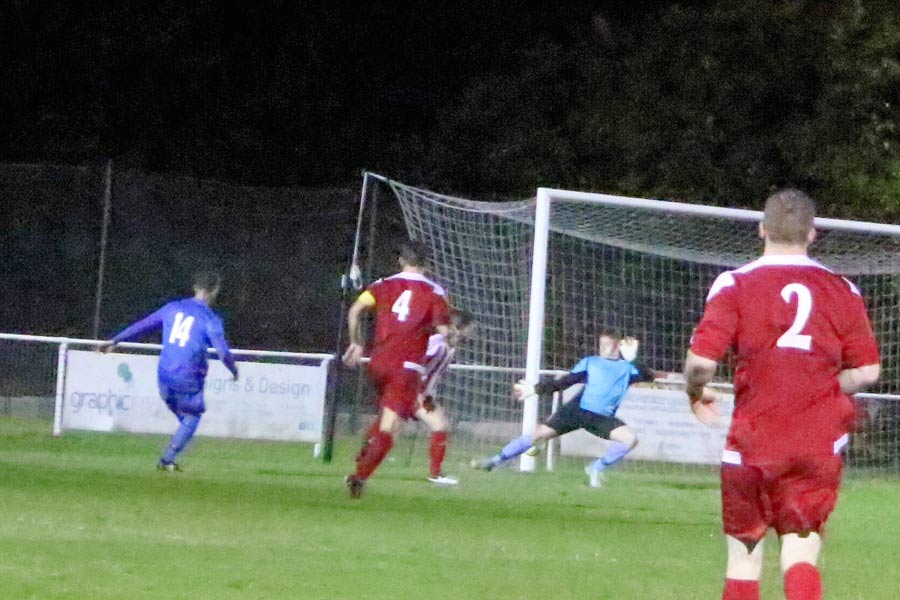 Jets lost Sim Armstrong at the start of the second half, coming off with a groin strain in his first game back. Josh Noyes came on to replace him, and it was Noyes who broke the deadlock after 54 minutes, finishing off a superb solo run with a nice finish past the keeper, former Jet Harry Smart. 0-1 Jets. 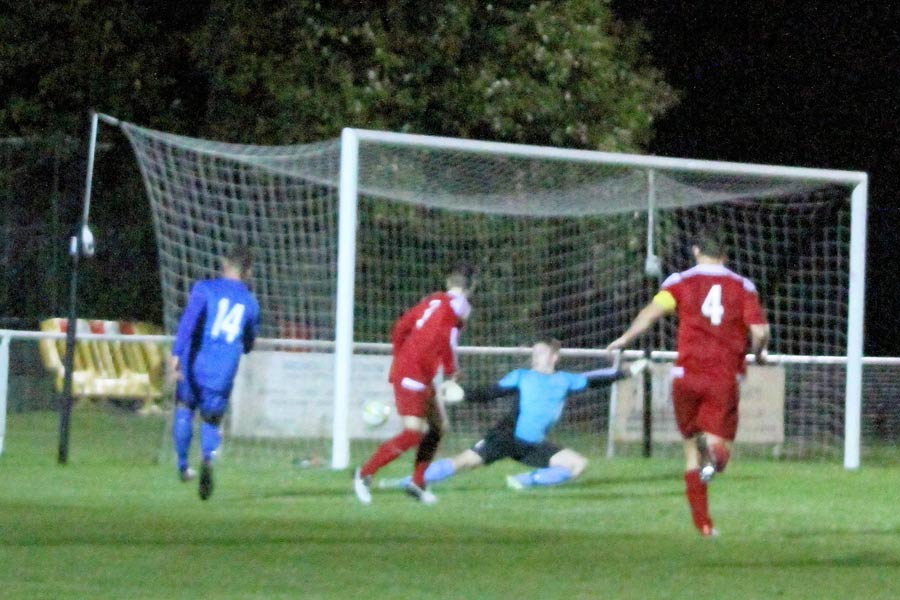 Jets were now more in the game and, as the rain lashed down, the seven youngsters in the Jets side started to shine and play some fearless football. 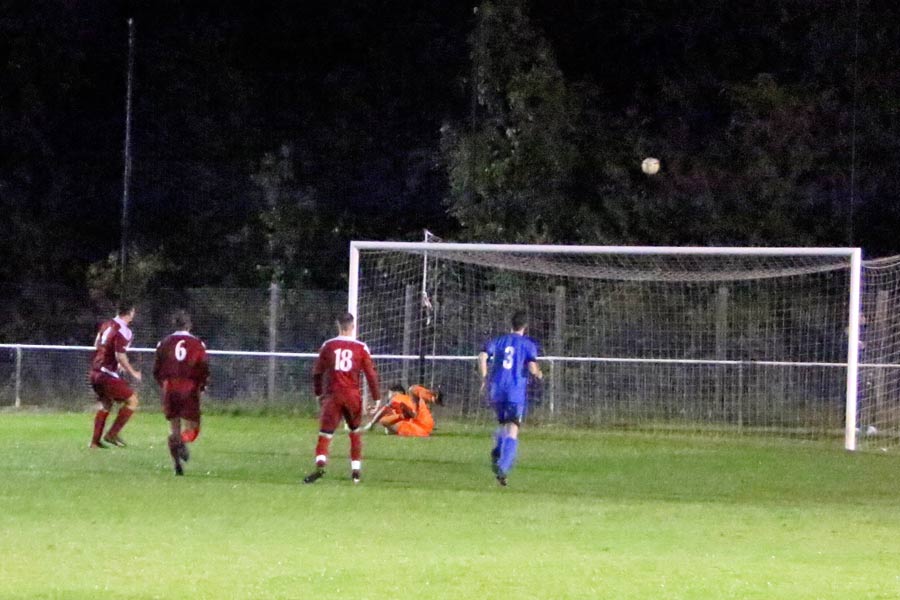 Colney miss from the spot

It looked, however, like Colney were back in it on 64 minutes when Vass Mandeville conceded a penalty. To Jets relief, it wasn’t Armitt who stepped up to take it. To Jets joy, the penalty was blasted high over the bar. 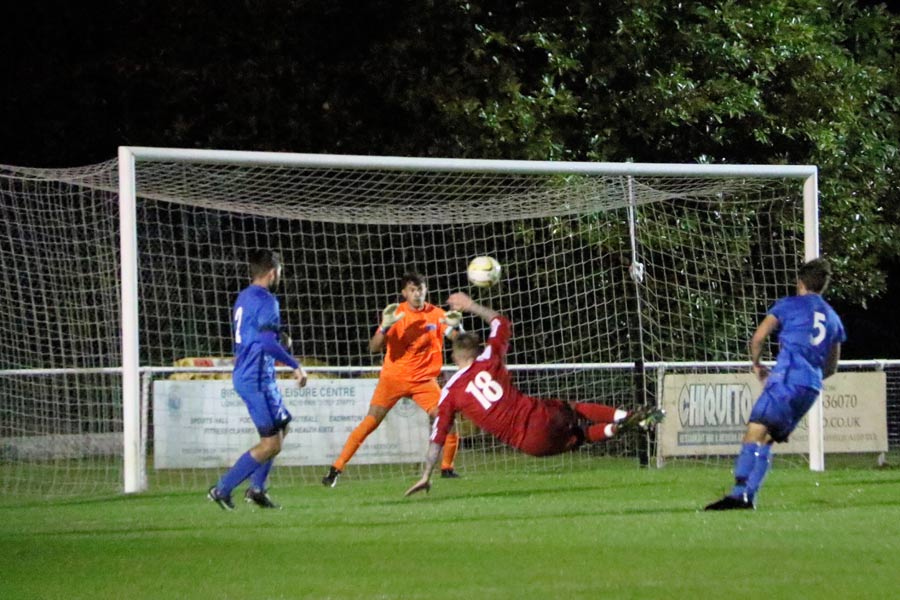 The game now became end to end, Jets being under pressure but still creating chances of their own and Ned Clark went close to scoring. Rob remained the busier keeper but remained strong in Jets goal. Dan Taylor also deserves a special mention for how well he handled the ever dangerous Armitt who looked really sharp tonight. 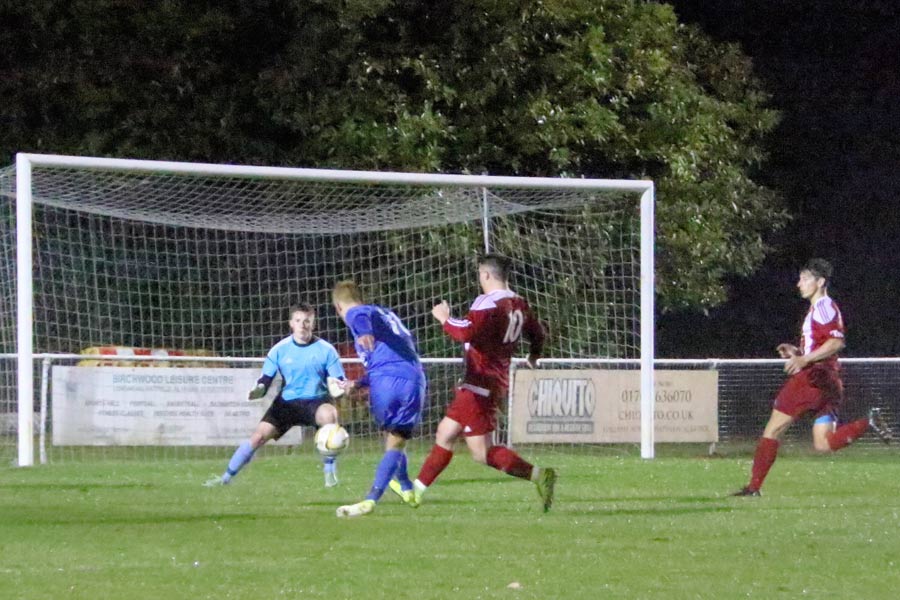 Harry Beaumont gets his shot away

Jets made a late substitution bringing on Harry Beaumont. Again the switch worked wonders as Beaumont, like Noyes before him, scored for Jets, his first for the senior side. 0-2 Jets 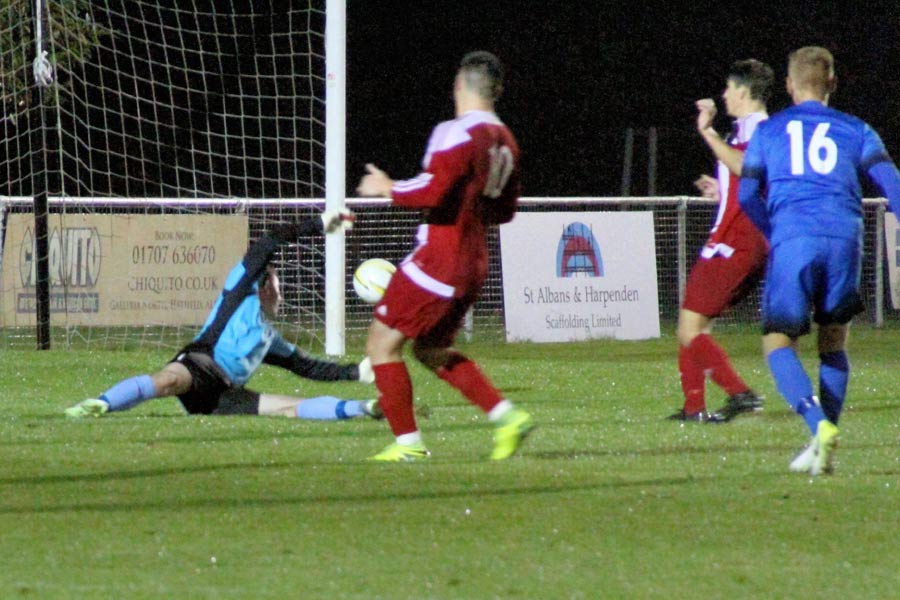 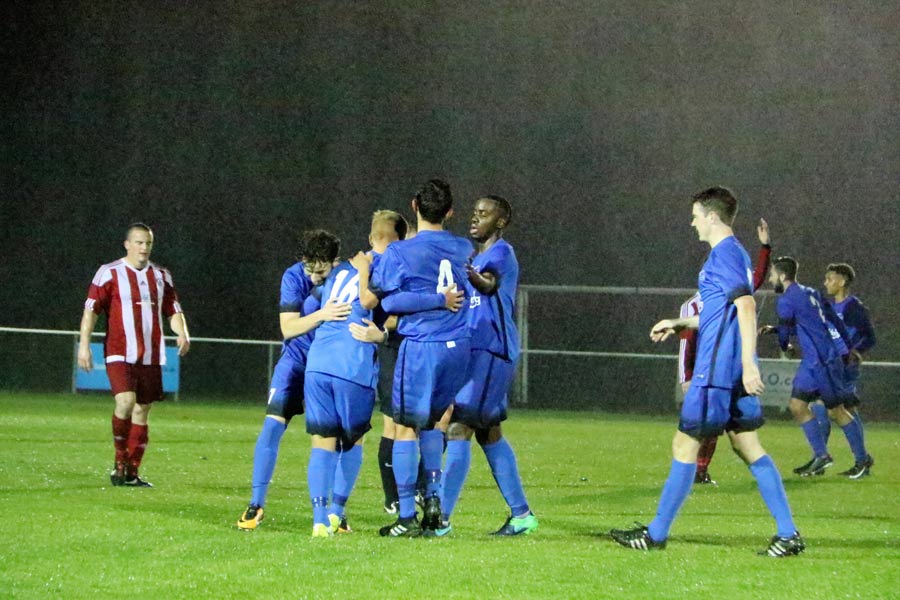 Jets celebrate as the rain lashes down

A great win for Jets.

Jets man of the Match was shared between Isaac Ebelebe and Matty Esposito, but it was a great performance all round.