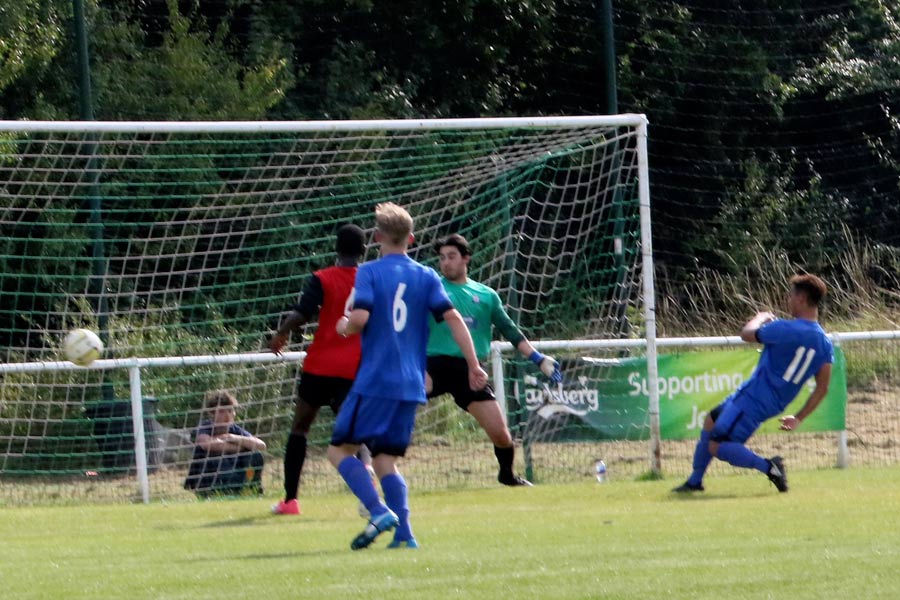 It was Jekyll then Hyde for Jets in the 3-4 home defeat with Hadley.

Jets were stunning for the first half, knocking superb balls and passes around, and scoring well worked goals. Hadley bounced back and were equally stunning in the second period. Micky Hazard’s team pulled Jets all the way back to 3-3 before scoring the goal of the match to earn a deserved win in spectacular style.

Perfect start for Jets as Nick Kerley makes it 1-0

Jets were out the blocks fast with debut boy Roy Byron supplying the perfect ball for Nick Kerley to notch 1-0 after just 6 mins.

The pitch was perfect and both sides were playing brilliant football. Two huge Hadley penalty shouts were turned down as Jets defended hard and solid during a good period for Hadley. 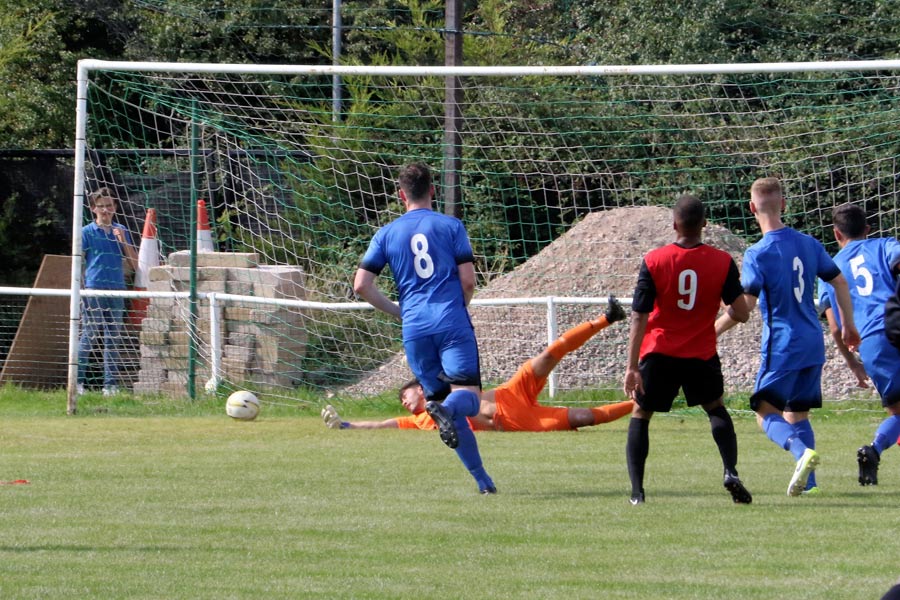 During the same pressure period Rob Partington made a full length save to maintain Jets lead. 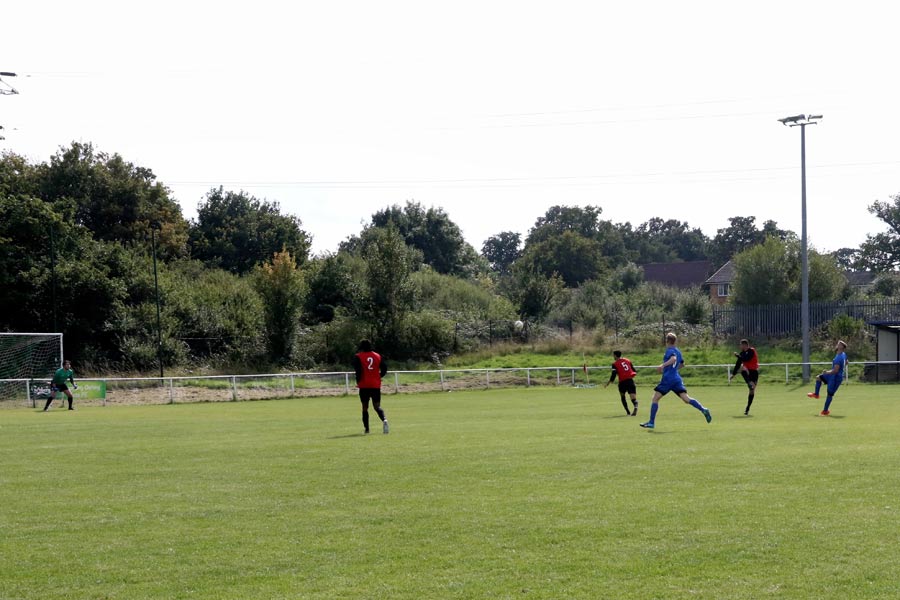 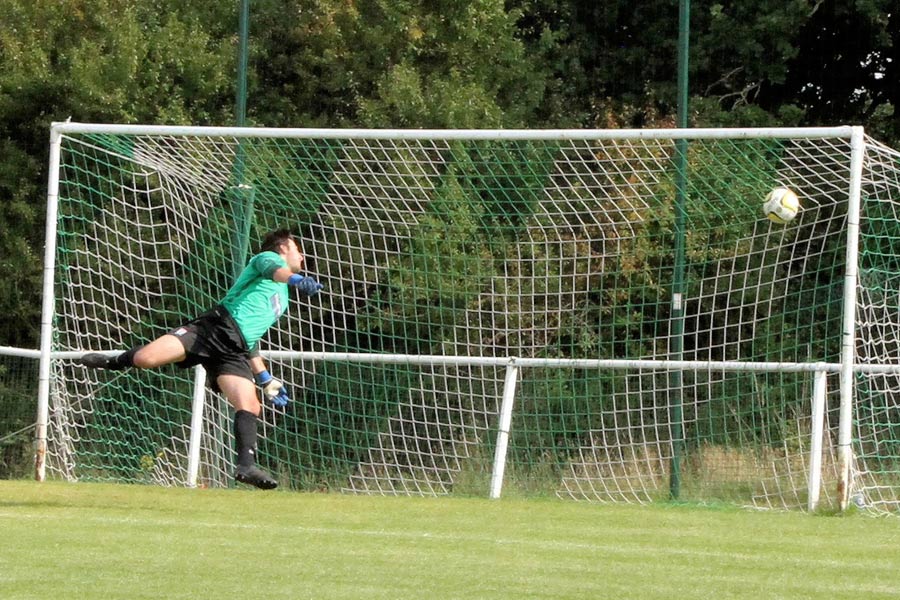 Jets went two up on 32 minutes and it was a cracker. Nick Kerley intercepted a clearance come pass 35 yards out and let a dipper scorcher go that rocketed into the net.

Jets were awesome at this stage and the ball was being sprayed around. Right on 45 Dan Taylor hit a perfect cross and Josh Noyes was on hand to stab home the third 3-0. 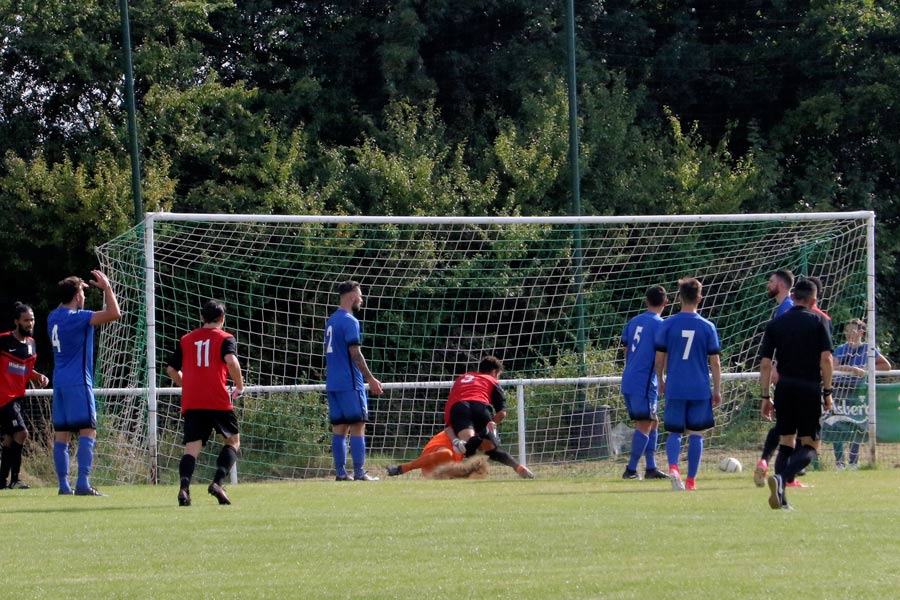 Hadley back in it straight after half-time

Well if Jets were awesome they went awol for ten minutes and roles were reversed. Hadley were now the awesome side and, just two minutes in they pulled one back in a scramble.

Jude Bell holds his head as the ball deflects off him for Hadley’s second.

Then, minutes later, Jude Bell got the final touch for an own goal. 3-2 and Jets were reeling.

Hadley were pinging the ball around at will and jets chased shadows in the hot Oxhey sunshine. It was no surprise when Hadley made it 3-3. It was, though a major talking point. Patru was on the attack and going clear of the last defender when he was taken out. It was amazing to all that nothing was given. Hadley broke as Jets protested and found the net, 3-3.

To be honest Jets were then just hoping for a point as they weren’t in it at all.

Jets, however, did respond and the game became more even. Patru had a diving header well blocked and it became end to end. Jets made some enforced changes and then, with nine minutes to go, Hadley scored a spectacular winner that reduced Jets hearts to shreds.

Hadley won the ball just near the half way line, had a little run and inter play, and from all of 35yds hit a bending, dipper over the keeper into the net. A truly stunning and worthy winner, 3-4.

Jets huffed and puffed but didn’t threaten, their legs and hearts were gone. 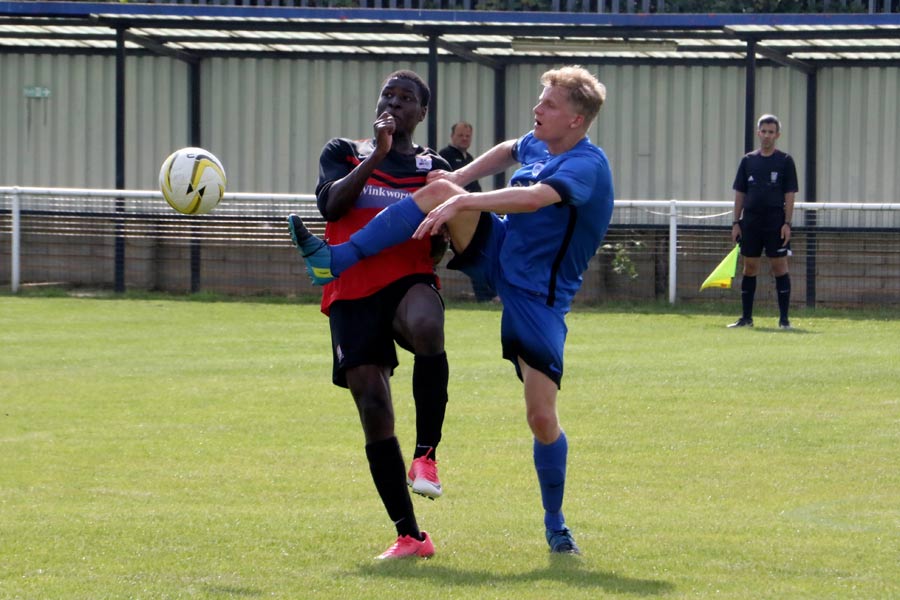 Jets Man of the Match – Roy Byron on his debut

Man of the match for Jets went to debutant Roy Byron. On reflection today we were a one half side, but on the positive side, for that half we were outstanding! Now we need to do it for 90 minutes. 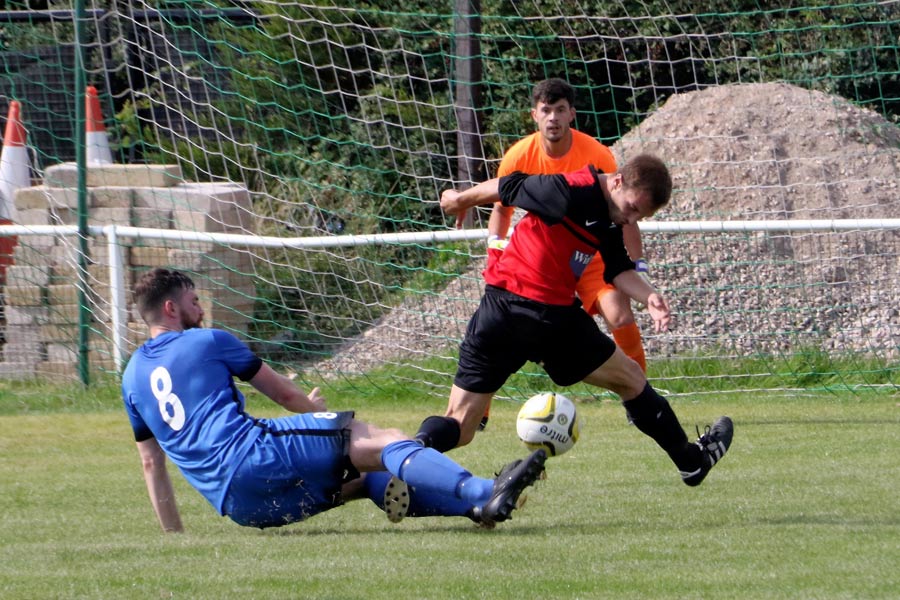 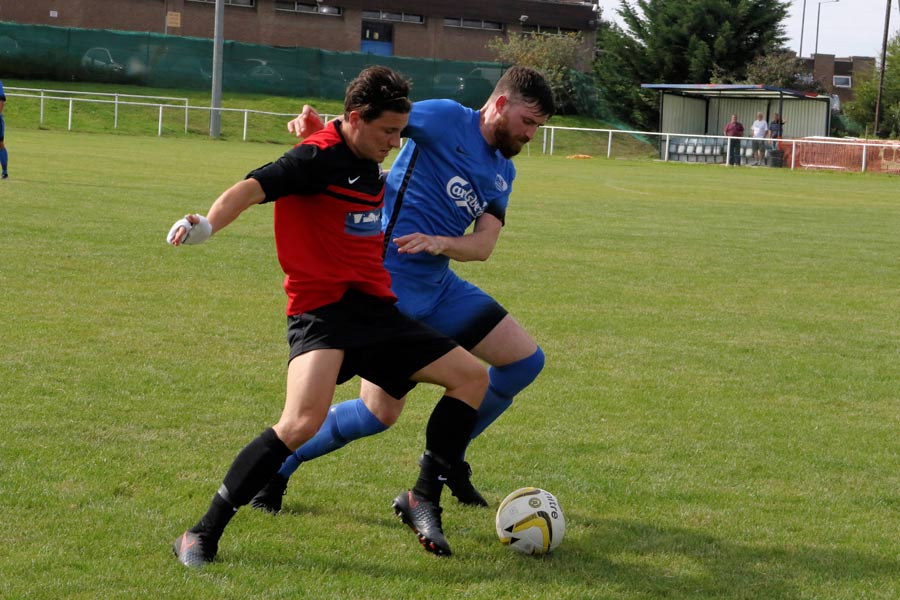 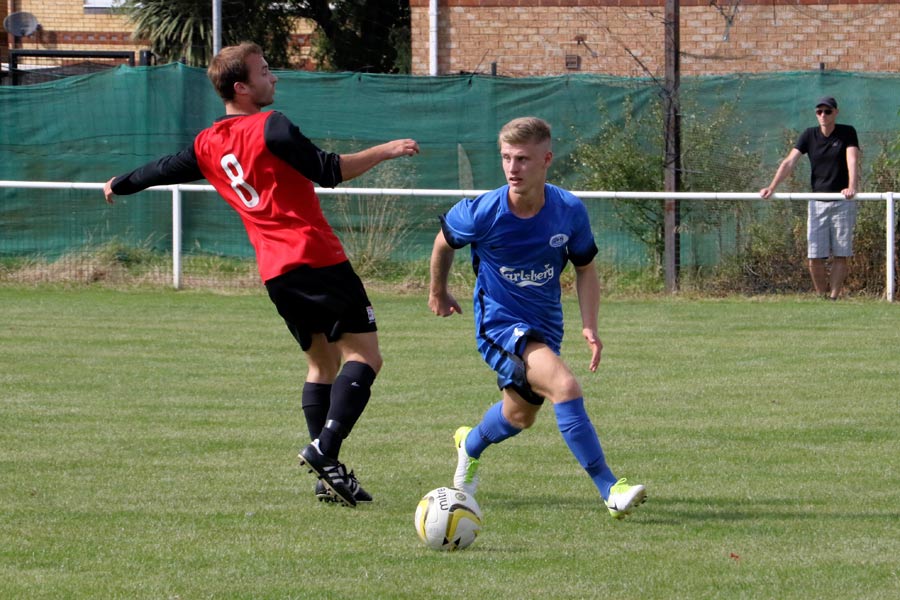 Harry Beaumont did well to hold the speedy attack 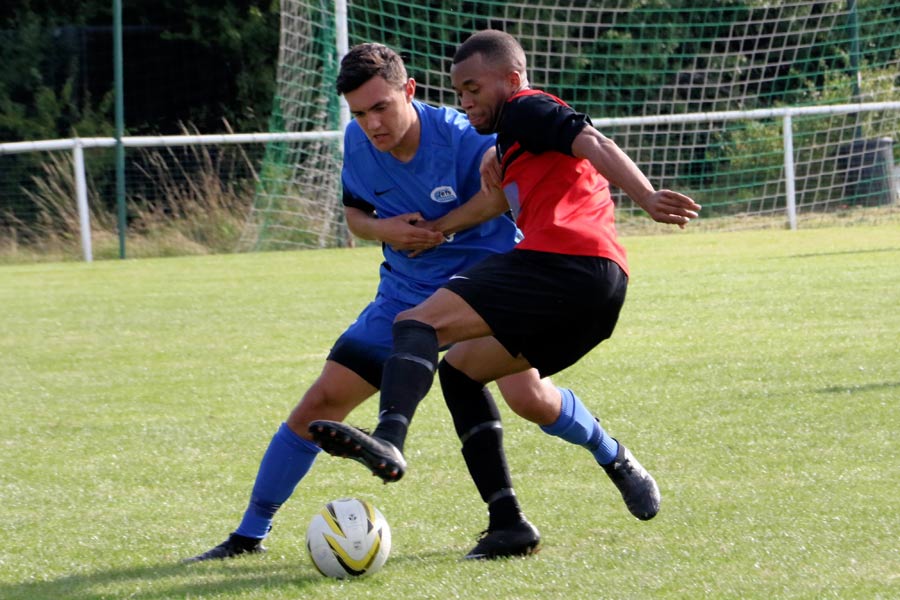 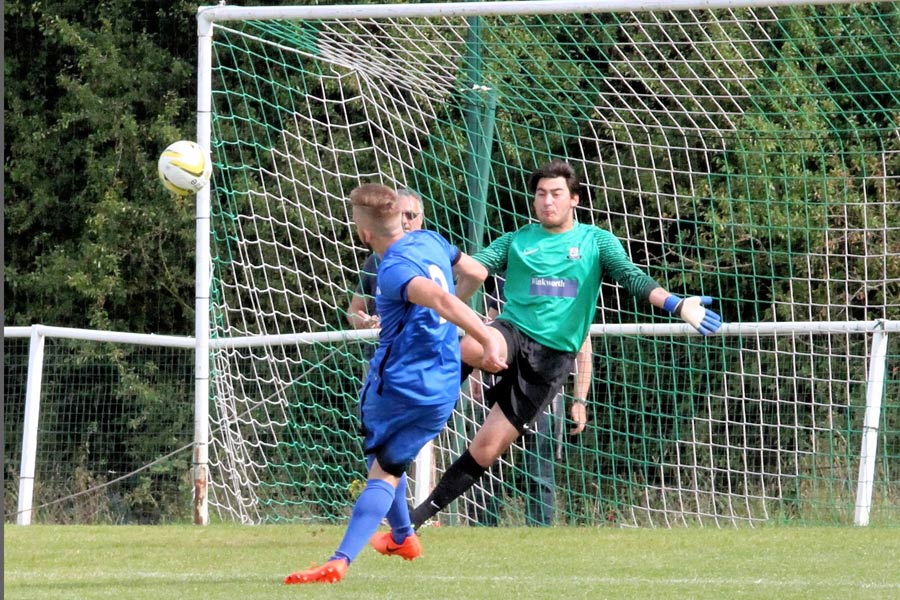 Nick Kerley so close to a 1st half hat-trick