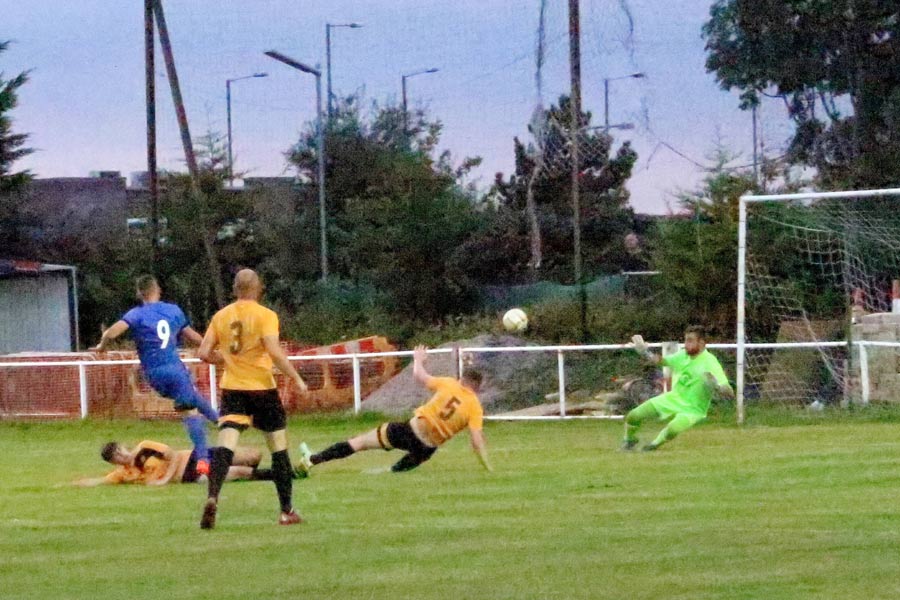 Short haul Jets is becoming a problem in our matches. Good football, touch and go, superb stuff to watch, get the lead and all looks good. Then puff, blown out and disintegrates to offering little, like a burned out firework. Yet most of the side is young and fitness should not be a problem. So why the confidence dries up and disappears into the clouds is a complete mystery.

Just like Saturday, Jets oozed at the start playing good football. Warren Gladdy, recalled, was running the show, showering to young guns with through balls and passes to feed and contribute from.

The youngsters can only learn from Gladdy’s footwork when it’s like this. A superb through ball from Matteo Esposito opened Stotfold’s defence for notch a game scorer, Nick Kerley, to open the scoring for the night 1-0.

Jets romped and, like Saturday, pushed for more and more and only three stunning saves by the Stot’s keeper kept the score down. Jets did have some selfish indulgence as individuals went for the 40 yards, once a season glory pots on more than one occasion with options wasted.

Then, inexplicably, the heads went down, niggles started, and some lost their heads. It started to go wrong again as nice touch football was replaced by big kick and rush moves made in panic.

Jets were inviting the visitors back in by giving away silly, almost stupid little free-kicks. Stotfold threatened the home defence with these opportunities and right near the break one struck home. A long range free-kick seemed to be safe with the keeper but went loose and was touched home by charlie Briggs for 1-1 at the break.

The changing room was like a team that was ten down, not 1-1, and it hit morale badly. The team again folded to a whimper in the second half and Stotfold had the upper hand all the way through. 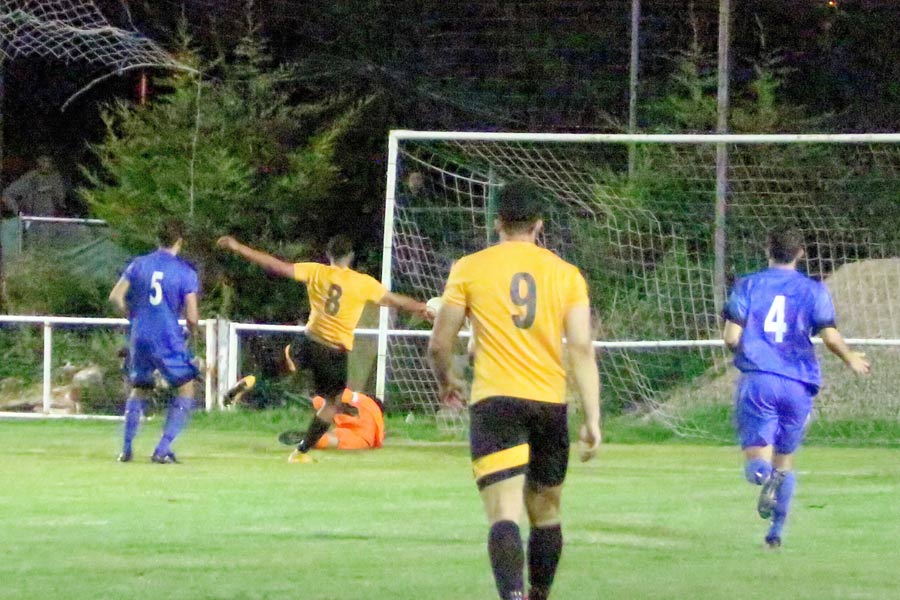 Defensively the two goals that killed Jets were poor. One was a miss kick/control, punished fully. The marking on Stotfold’s third was appalling with players left unmarked at the back post. It must be said, though, that the build up and cross by the nippy Stotfold sub was exquisite ( the same lad who scored a stunning equaliser at Stotfold against Jets last week). Class is something difficult to stop at any level. 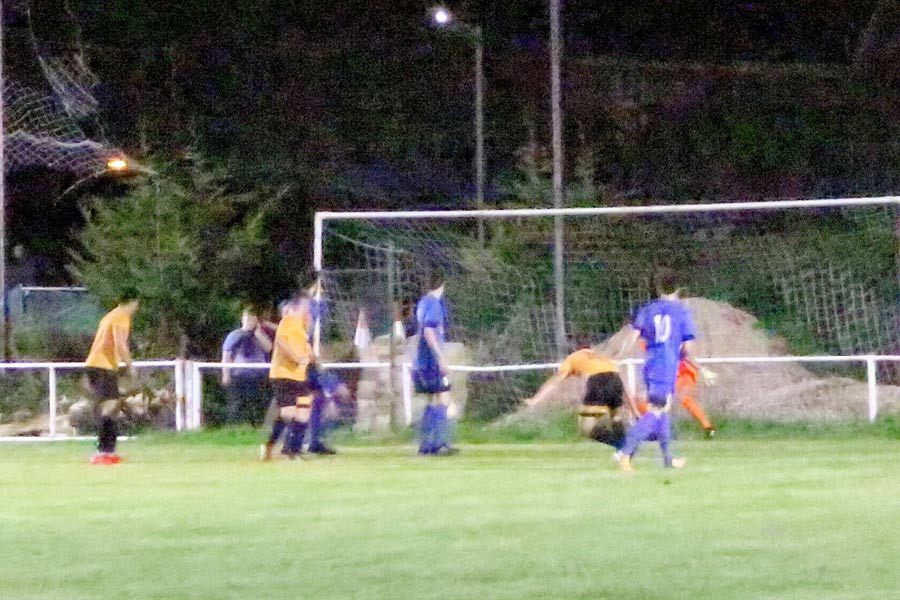 Reece Stokes wraps up the win for Stotfold

Jets made changes but there was little impact on the match and despite some huff and puff Stotfold stayed in control and deserved their win. Jets have a problem to solve.What or why are things going from so good to so bad so quickly.

Man of the match was a difficult one as people oozed, then blew and lost heads or stopped trying. 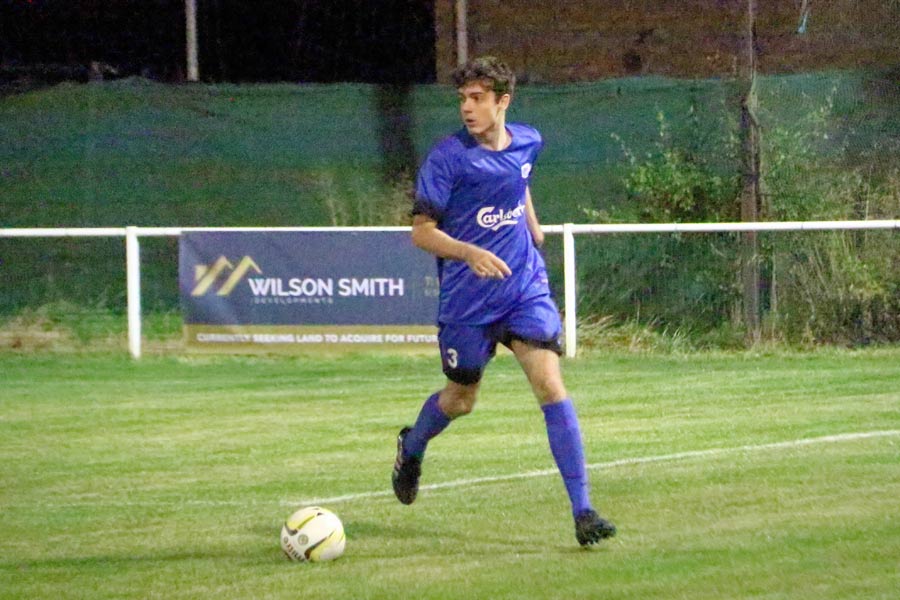 Although the third goal has a question mark over it the bottle has gone to Conor Ferguson who, the third goal aside, was strong for the remaining time, and had to be as, for the second period, it was the oncoming Stotfold holding the upper hand. 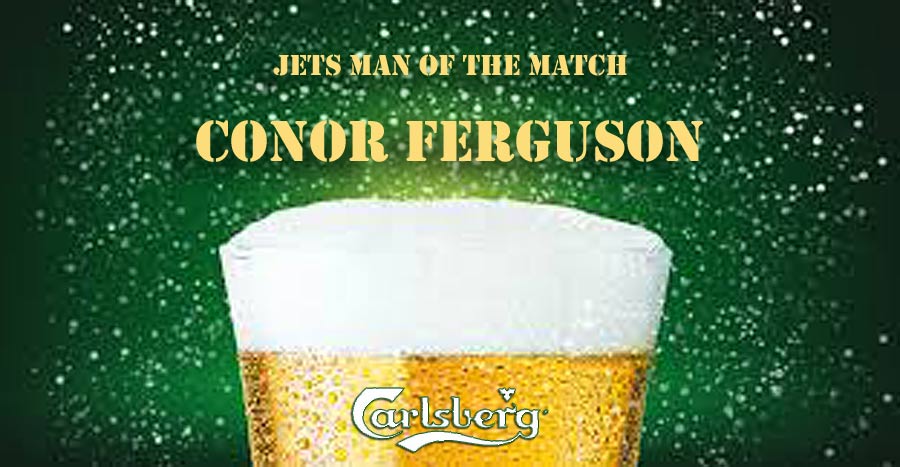 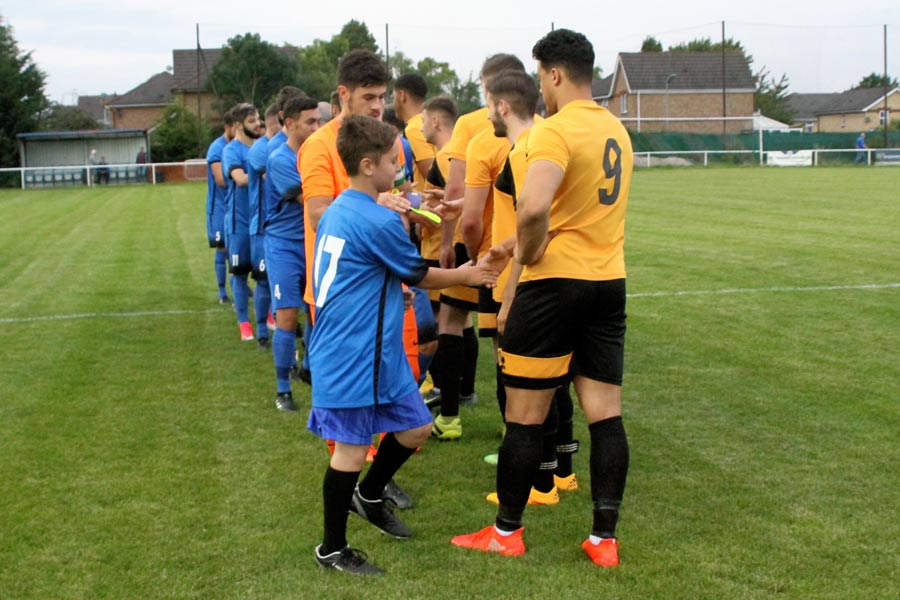 Aaron Zien leads Jets out tonight as the official mascot 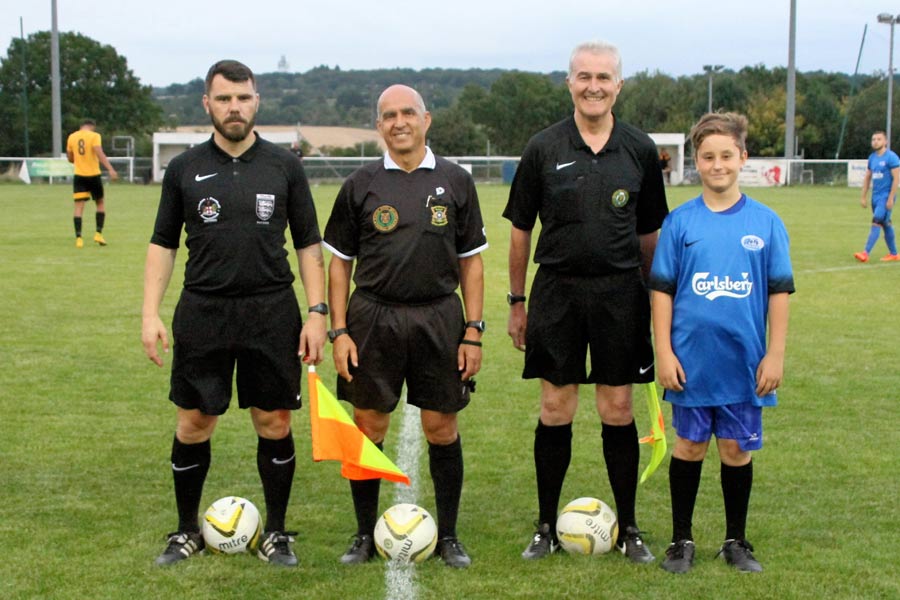