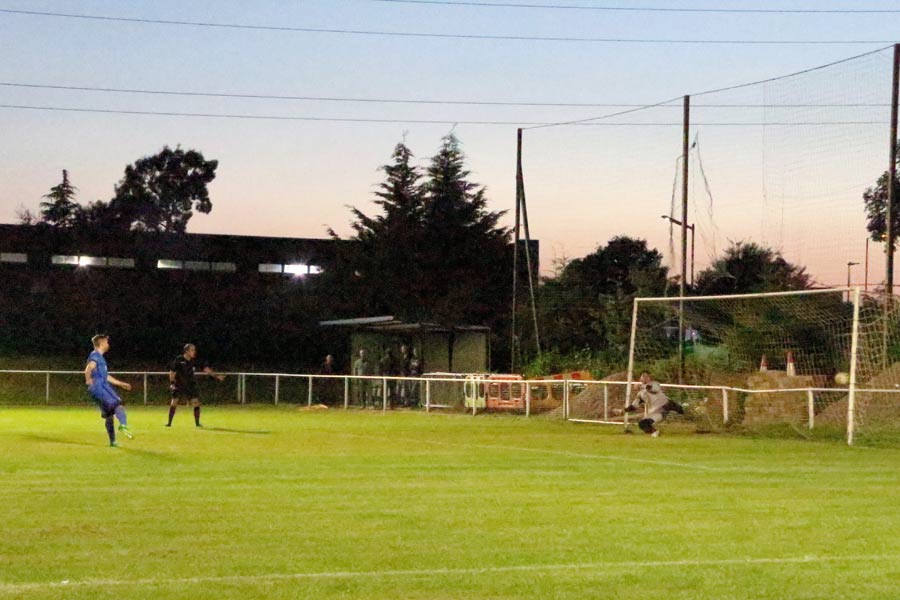 Could Carlsberg have dreamed that being Jets first ever match sponsor would lead to such a stunning performance? If they had, they would have sent more crates for the post match treat!

London Tigers turned up in blue. With the brand new Carlsberg kit ready for Jets and this being a match sponsored by Carlsberg, there was no budging the Jets staff on the home team colours. Jets away green Carlsberg kit was used by the visitors.

No penalty for Petru

The match in the first half looked a bolt on draw with nothing between the two teams. Jets had a big penalty appeal turned down when Patru was fouled, but photos show it was outside the area anyway. The best save of the half was full-length Jets keeper Rob Partington.

Both sides attacked recklessly and both had good half chances, interceptions and clearances. They both even had a caution each for almost identical offences.

So half time 0-0 and most saying one goal will win it! 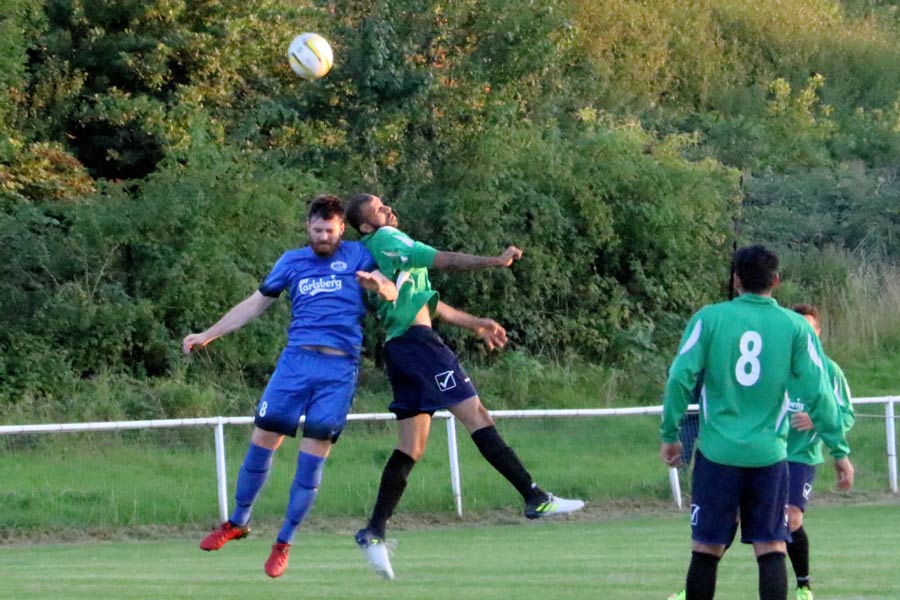 Sim left injured but another clean sheet for him!

Well, enter a victory roll fifteen minutes by Jets. Sim Armstrong was replaced injured, and Luke Lloyd and Warren Gladdy struggled with injuries so there were worried faces all round. 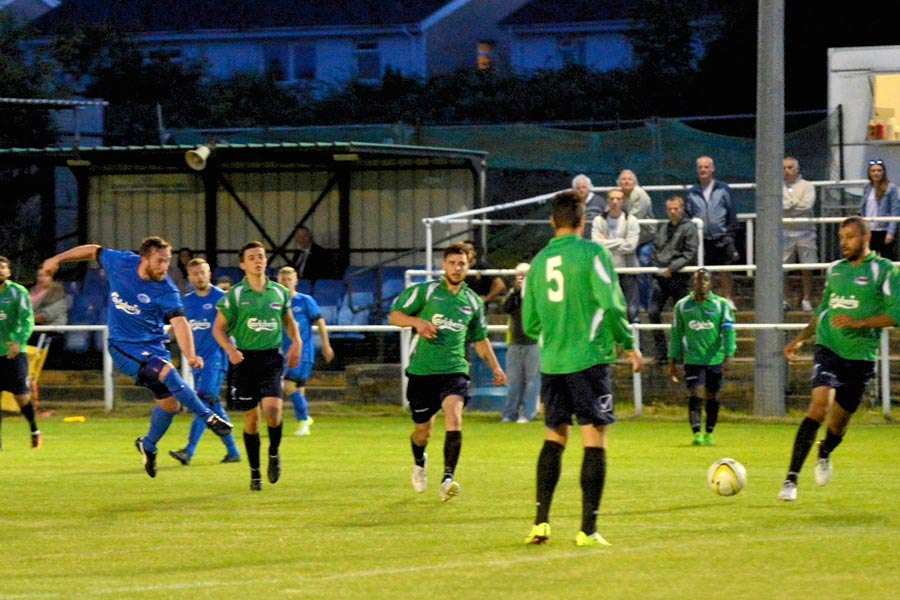 Then, on 52 minutes, Luke Lloyd let a daisy cutter go from 30 yards out that beat the keeper straight. Jets up 1-0. 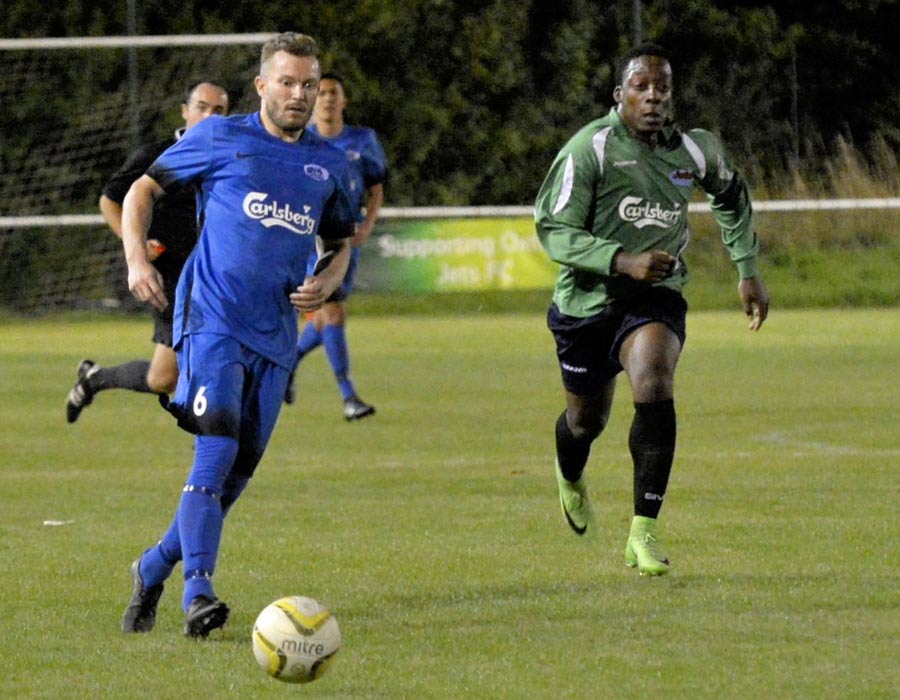 Jets scented blood and the Wizard of Waz showed his class yet again with a stunning ball out wide to Luke Lloyd. Lloyd placed a pin point cross across the six-yard line for Nick Kerley to stroke home 2-0 after 54 mins. 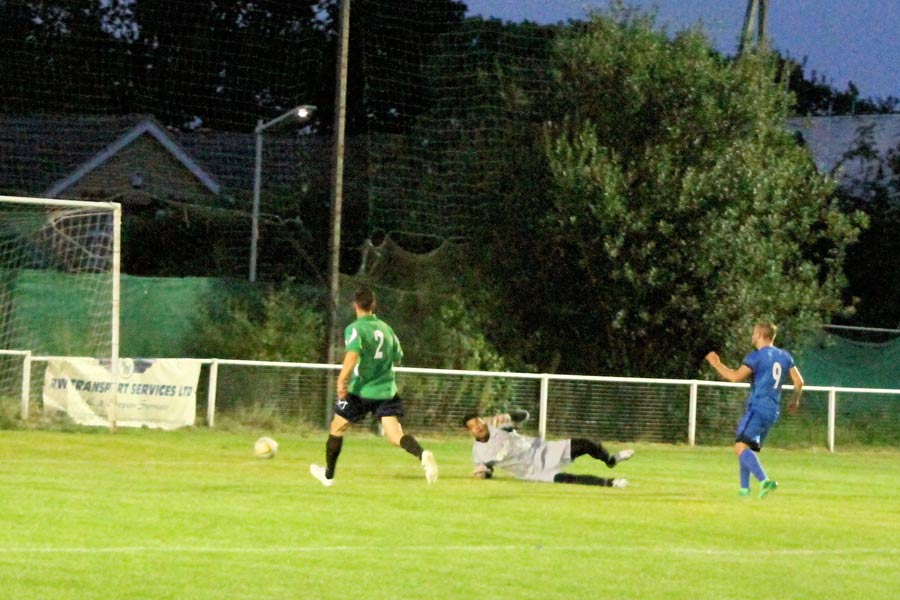 Nick Kerley slots well past the Tigers keeper for 2-0

Three minutes later, Nick Kerley was running in the box with three around him. His routes were shut down, so the brains took over and he flicked the ball up and his hopes were met by the hand of a defender. Kerley happily hammered home the spot kick leaving the keeper with no chance 3-0 after 59 mins. 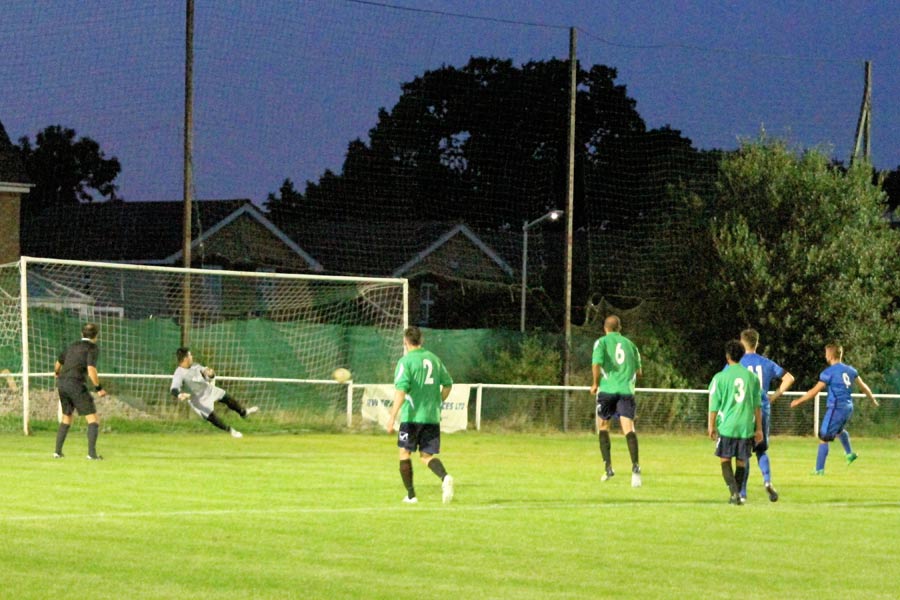 Confident penalty from Nick Kerley for 3-0

Tigers were stunned and it got worse for them. Dale Stewart won a great challenge on the half way line which led to a perfect ball out wide to Nick Kerley. A pin pointed low cross to the back post set up Luke Lloyd who slid in to tap the ball into the net past the stunned defenders. 4-0 after 65 mins. 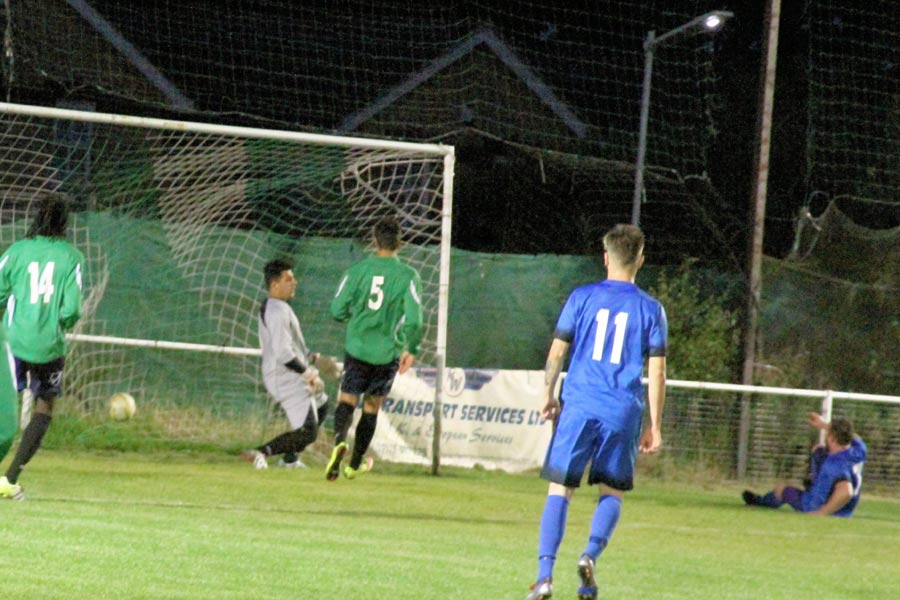 For another fifteen minutes, Jets were awesome with touch football that is a dream to watch.

Jets lost Luke Lloyd to injury, Tigers were reduced to 10 men and the match slowed down. Jets were disappointed that they conceded late. Sim will point out that, as a centre half, he has not had a goal go in. That is to counter the comment that the team went up a gear without him on the pitch! The fun and banter return to the dressing room.

It’s easy to talk about the scorers tonight but credit to everyone including the youngsters. At the back young Vass was faultless, learning and settling fast. In the middle, Dale Stewart and Matteo Esposito are progressing massively alongside Lloydy, Wazza and Sim.

Tigers tried to switch to wing back attacks but Harry Beaumont and Dan Taylor were ready and waiting. All around, a strong team performance. 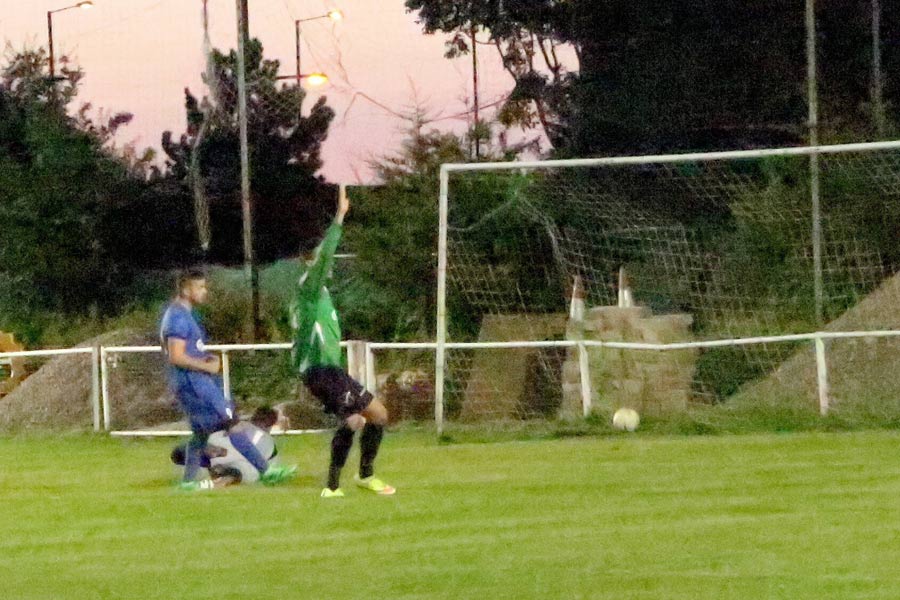 Nick Kerley, joint MOM, celebrates the first of his goals 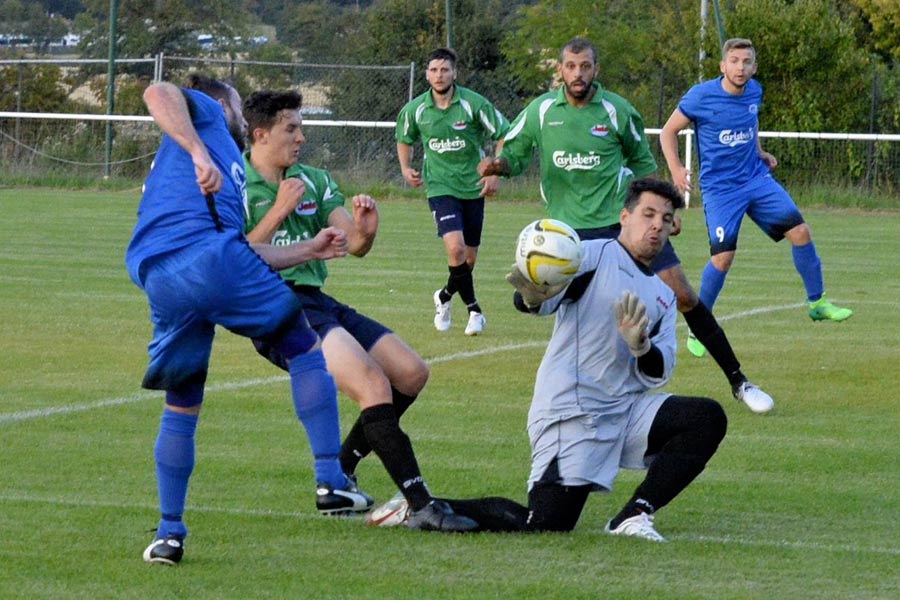 Luke Lloyd, joint MOM, denied another goal by a brave save 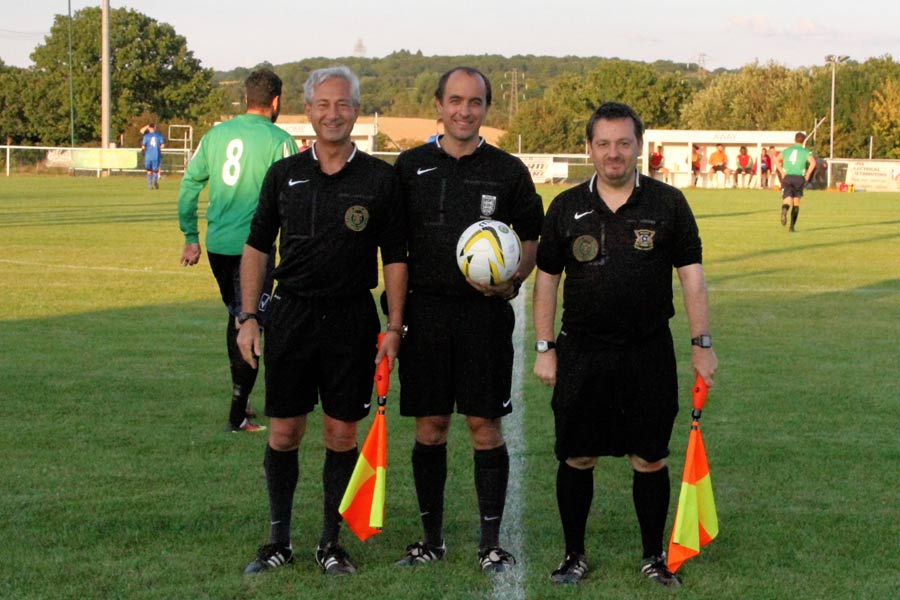 Good job by the match officials 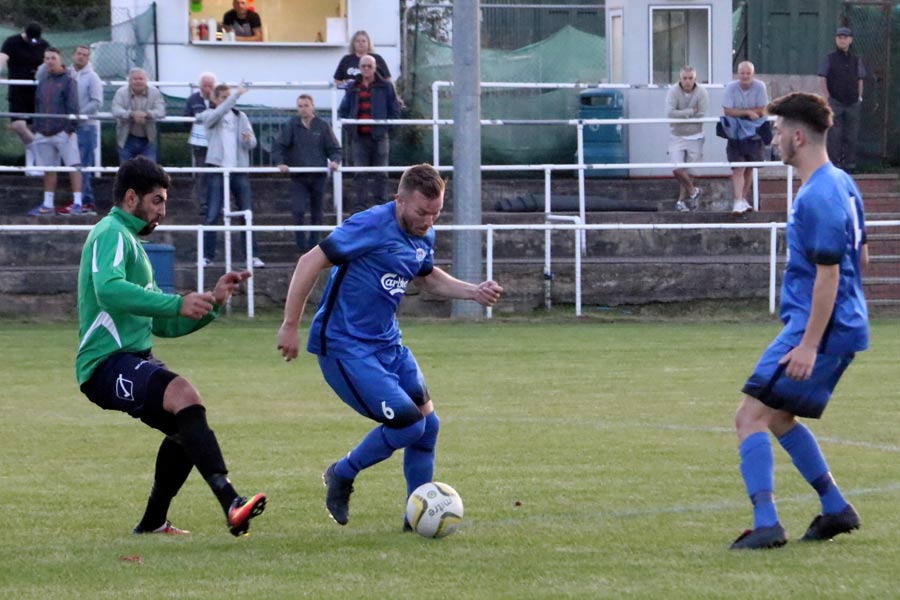 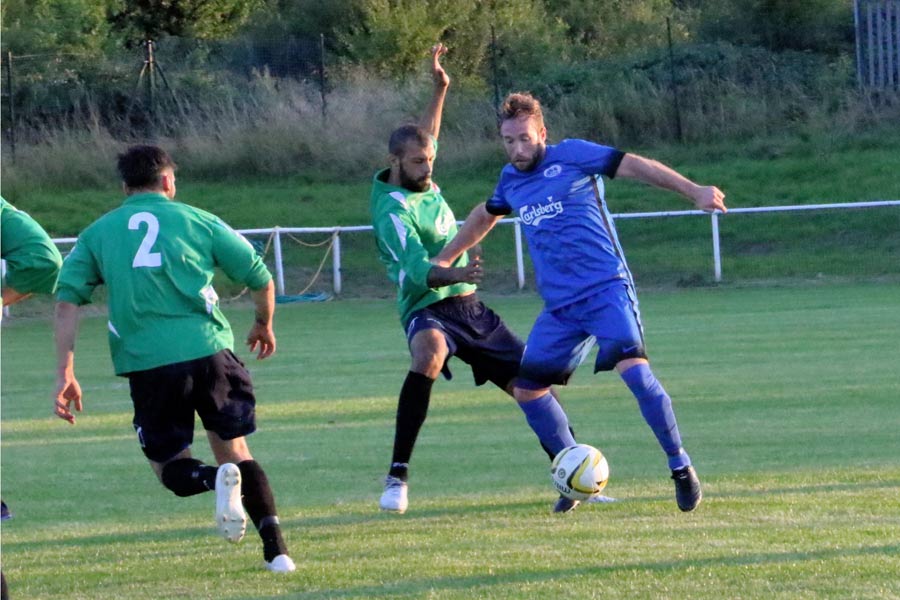 Luke Lloyd on the attack again 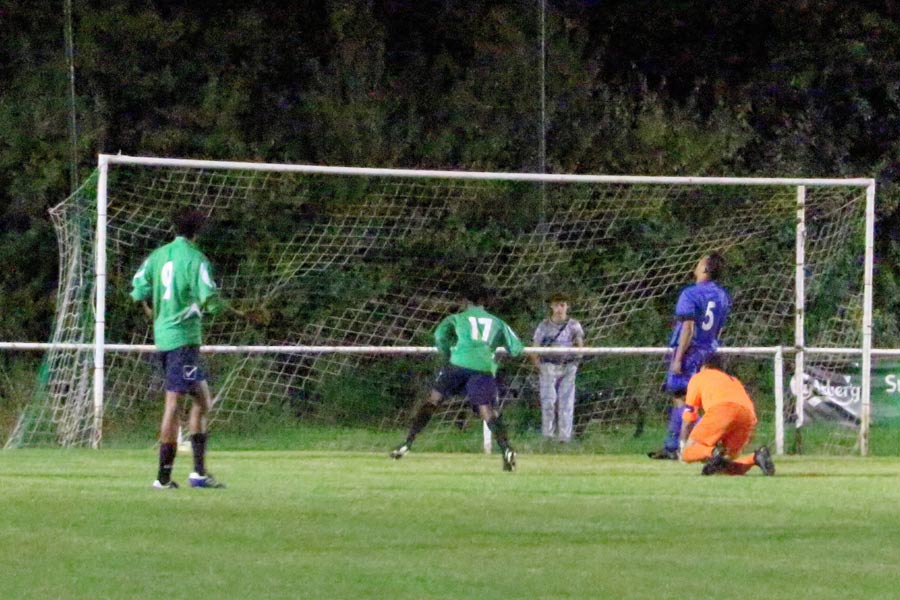