We are delighted that the decision has been made to name a South Oxhey Road after Tom Lake, the former Jet who was killed in Afghanistan in 2011 while serving in the Princess of Wales’s Royal Regiment.

The road, Tom Lake Way, will include Tom’s Regiment’s badge on the road signs.

“Oxhey Jets are really pleased that Tom is going to be honoured in this way, and I am delighted that Tom’s memory will live on through this naming. In particular, it means a lot to us that his regimental badge, The Princess of Wales’s Royal Regiment, will be included on the signage.

Many thanks to the Parish Council who put the idea for this forward, and to the District Council for really getting behind it as well and authorising the naming.”

An article on this is available at the Watford Observer.

Support the Xmas funday then come to jets for 3pm kick off v Windsor FC .. food van and a nice pint 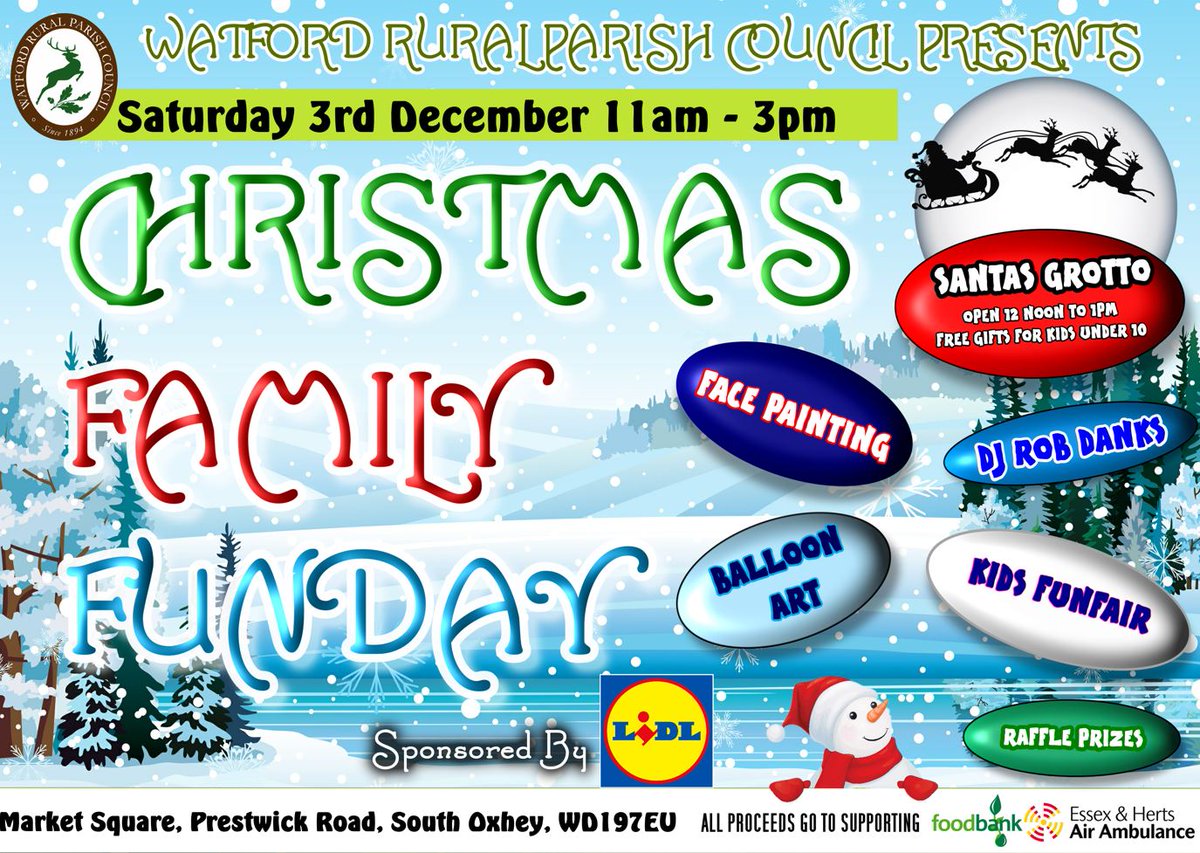 We host @windsorfc in our next league match as we look to pick up 3 points.

Programme link for the Windsor. Match

If you are over 55, why not collect a FREE bag today from #Oxhey Library up to 4:30 pm today
Older people struggling to keep warm this winter and those affected by rising fuel costs are being helped by a scheme offering gift bags full of useful items. @watfordruralpc @1972Jets