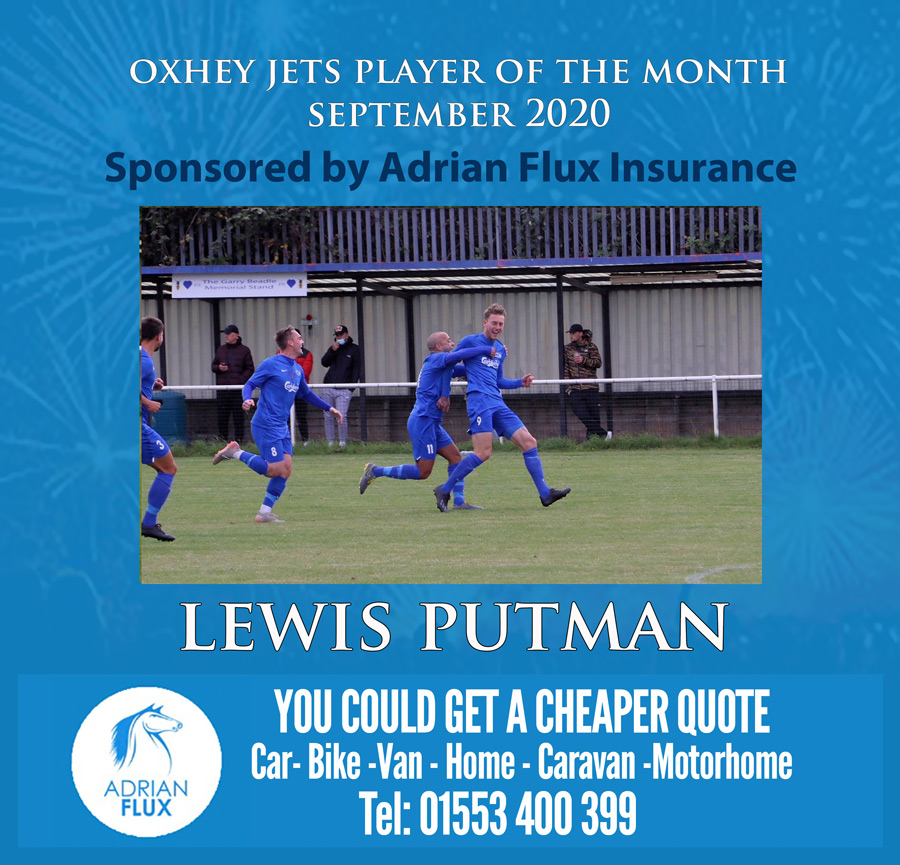 Congratulations to Lewis Putman who won the first Player of the Month of the season, scoring 8 of Jets 13 goals, including consecutive hat-tricks in the wins over Dunstable Town and London Colney.

Even so, there was plenty of competition for the award with six different Man of the Match awards in the six September games – Daryl Brown, Ashley Lewis, Jamie Speer, Danny May, Chris Blunden and Lewis – showing strong performances in defence, midfield and attack.