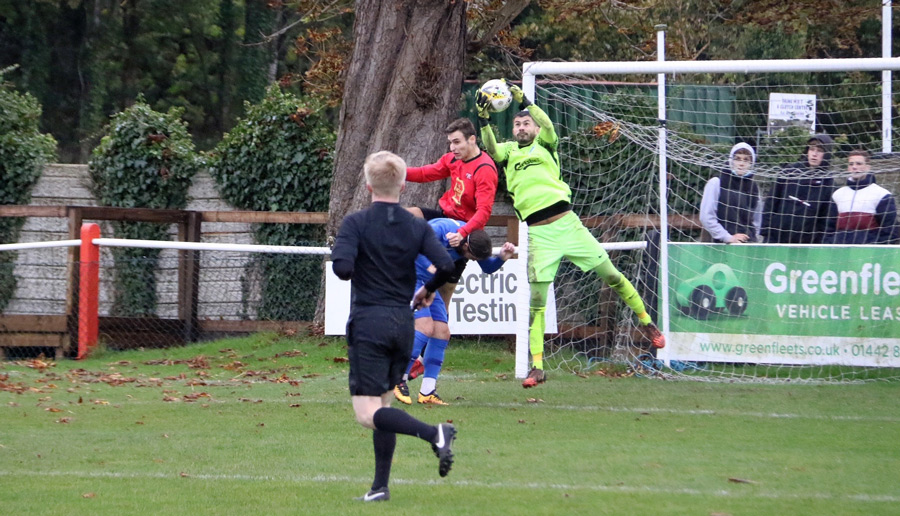 Jets gained three points at the Grass Roots Stadium, and the result was good for Jets with all the teams around them dropping points. It was a disaster though for Tring as it was bottom clubs damaging their opponents, so the results and this defeat sent them back to the bottom.

The conditions were awful with the high winds and pouring rain being a real match spoiler. It was also a warning of how bad things could get with the Covid restrictions on changing rooms, but, today, the excellent hosts gave us both changing rooms and went to a portacabin to make room for us, total class by them. 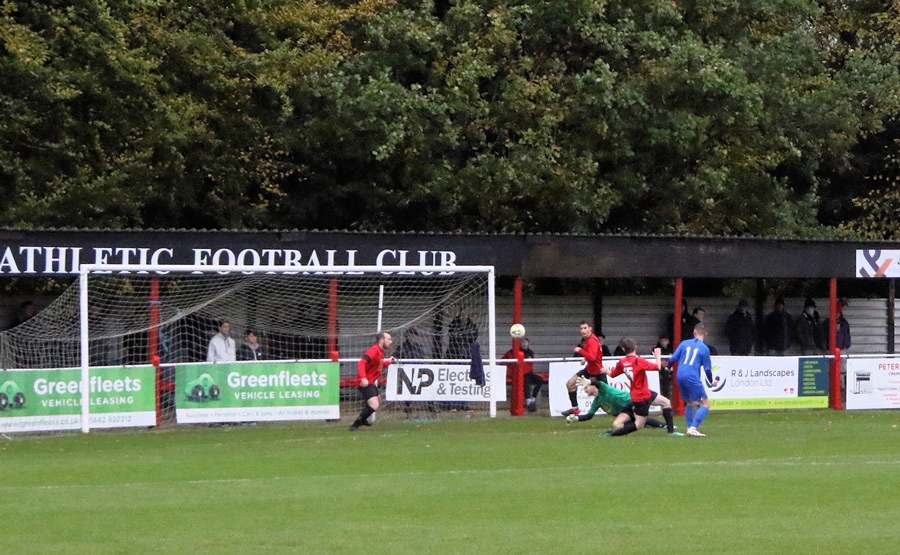 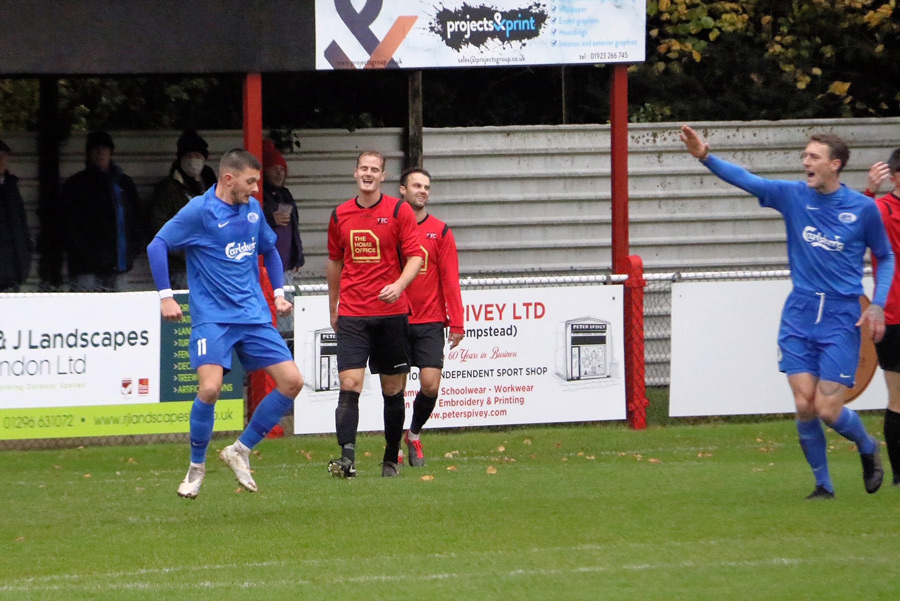 Tring dominated the opening first twenty, and it was keeper Rob Partington who kept us even. Then, totally against the run of play, Louis Bircham finished good work by Stead to nudge Jets in front 0-1 (22 mins). 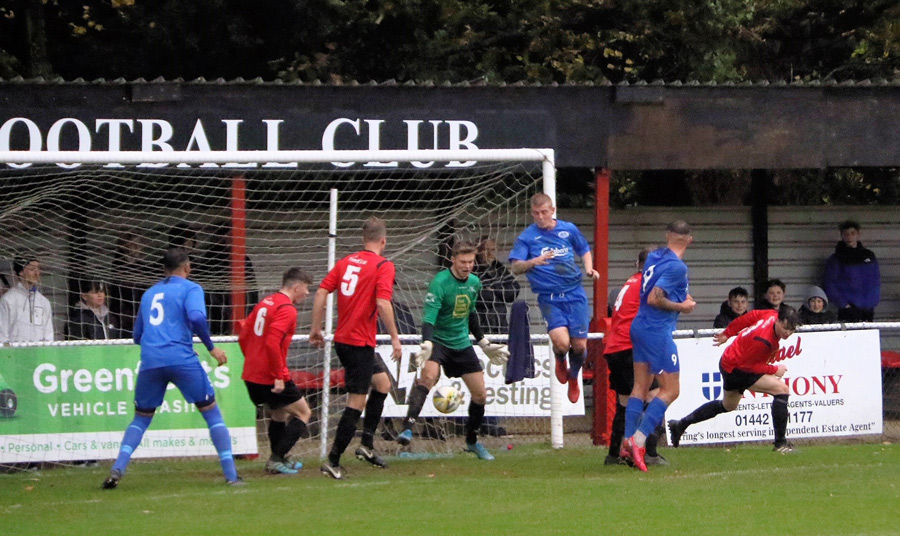 Andy Brennan back heels for 2-0

The lead was doubled after some pressure from corners when Andy Brennan back-heeled home 2-0 (32 mins). 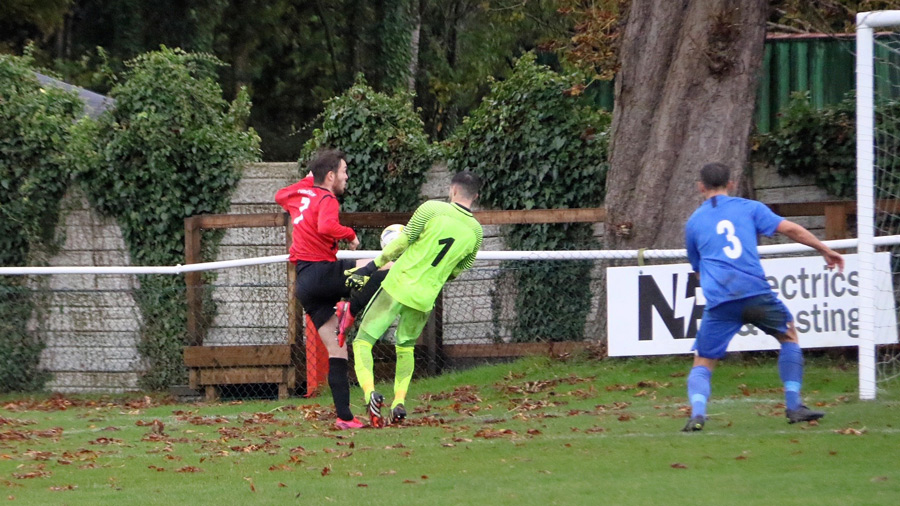 Several good saves and control of his area by Rob Partington.

Jets were firmly in control of the game, even though they had needed good saves from Partington to deny Tring, but they had the advantage of the big slope, rain and wind in the first half so needed to have the lead at half-time. 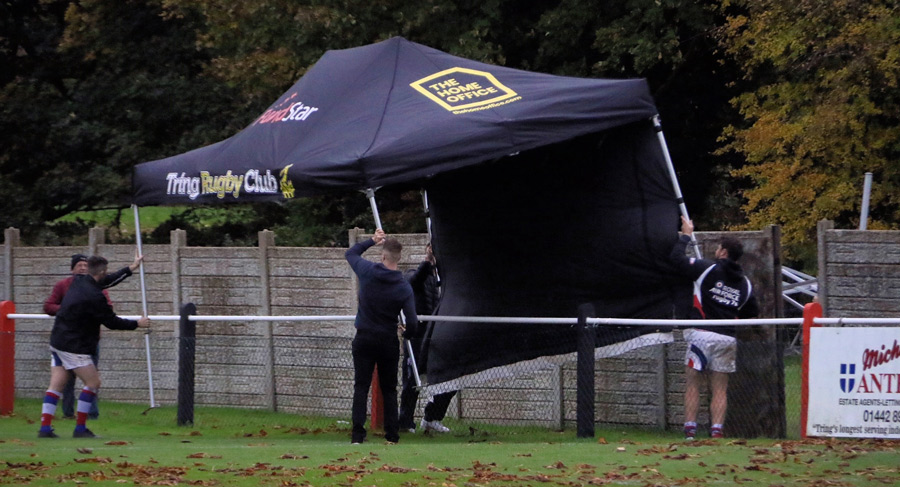 Terrible wind and rain conditions sent this awning over the fence from the Rugby Club.

One bit of luck for both sides was that an unwanted visitor from the rugby club hurt nobody. A big awning dropped in from high, taken over the boundary wall by the fierce winds and landed on the football pitch. It just wasn’t the Rugby Club’s day since a visit from a Hert’s constabulary on Covid regulations was not good either.

Tring started the second half well and had two good chances, one missed and one saved by Partington. 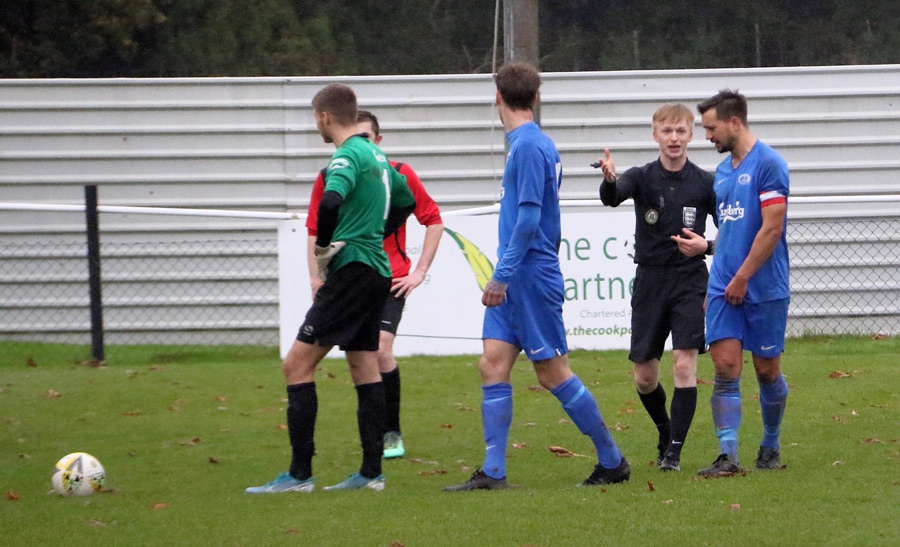 Tom Gibson picks up his second yellow and misses the long trip to Eynesbury next week.

Jets then went down to ten men as Tom Gibson was given a second yellow for a foul that only someone who has never kicked a competitive ball could possibly think was a foul. Anyway, a red it was so Tom misses the long trip to Eynesbury Rovers next Saturday where they have no showers and restricted changing facilities (are you sure you didn’t do a deal on that second yellow Tom ?). Jets faced a tough final thirty minutes the hard way, with only ten men and the slope and conditions against them. 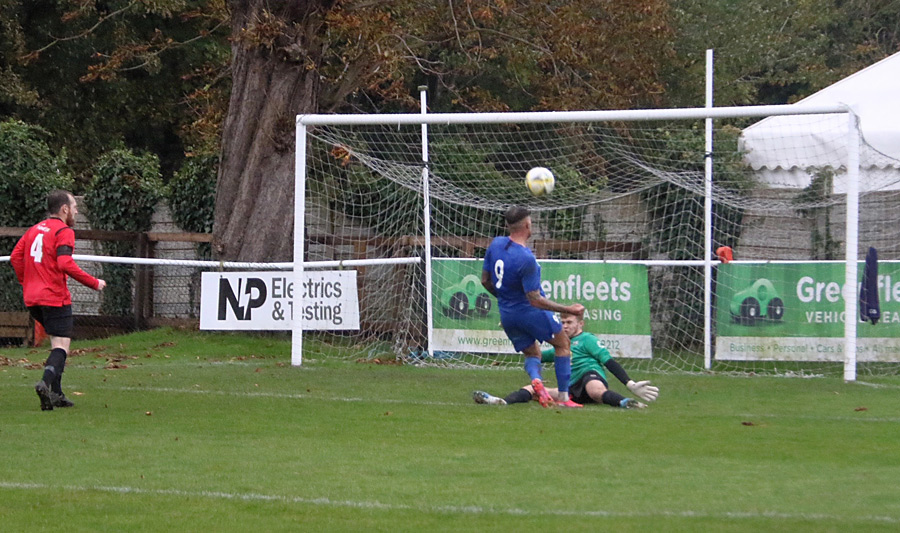 The Tring keeper saves this 1-on-1 with Reece Cameron.

Tring missed a good chance missed, and then Reece Cameron went through 1:1 but the Tring keeper saved, pushing the ball over the bar and a chance to kill the match missed. 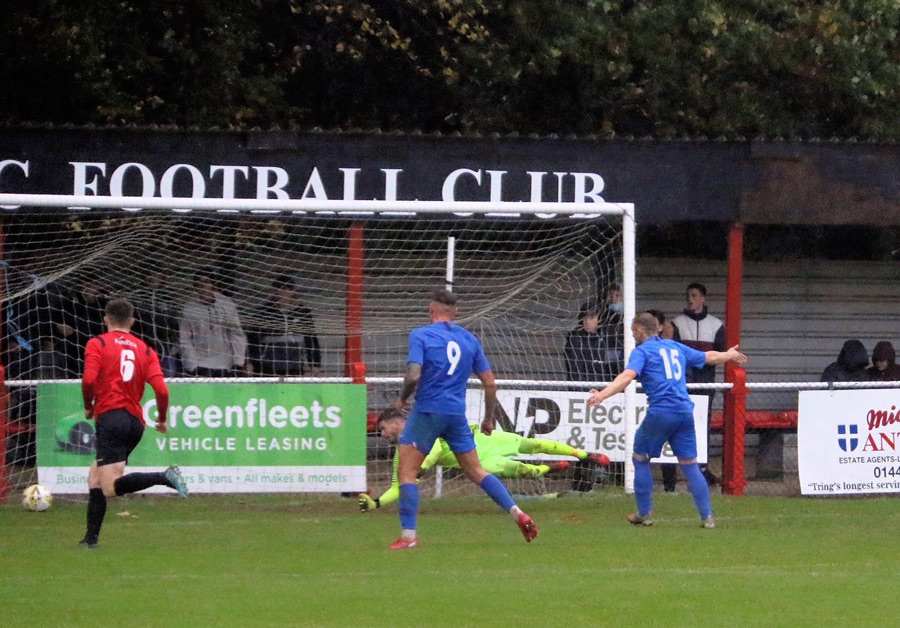 Late scare for Jets as Tring pull one back.

As so often happens, moments later the hosts pulled one back.

Jets played game management tight, defensive and running the clock down to get this one over the line and three points. Tring were unlucky but Jets just had a bit more know-how to see this one home in dreadful conditions. 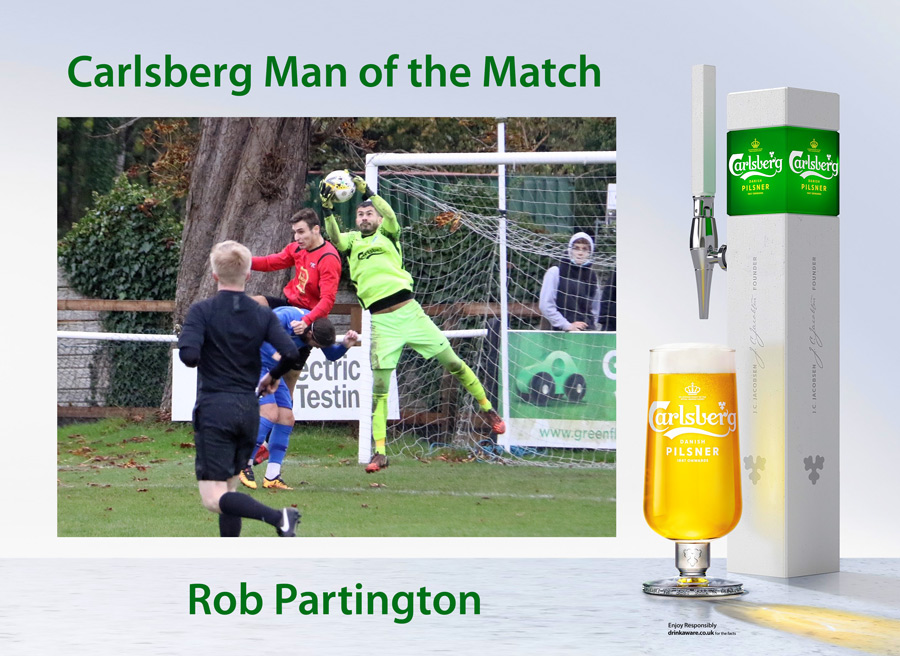 The Carlsberg Jets Man of the Match was decided between two nominations and Rob Partington deservedly got the nod for his series of important saves over the goal-scoring Louis Bircham.

Tring were Covid organised and perfect hosts but if this is a view at what’s to come when bad weather moves in then in honesty I can’t see how football can continue with basically no sheltered areas for players and preparations. We all want football but !!!!!!!!!

The development went down 1-3 at home to Oxhey FC and the Vets were held 1-1 at Hatfield u23s a John Danslow goal getting the point for the depleted Vets side.