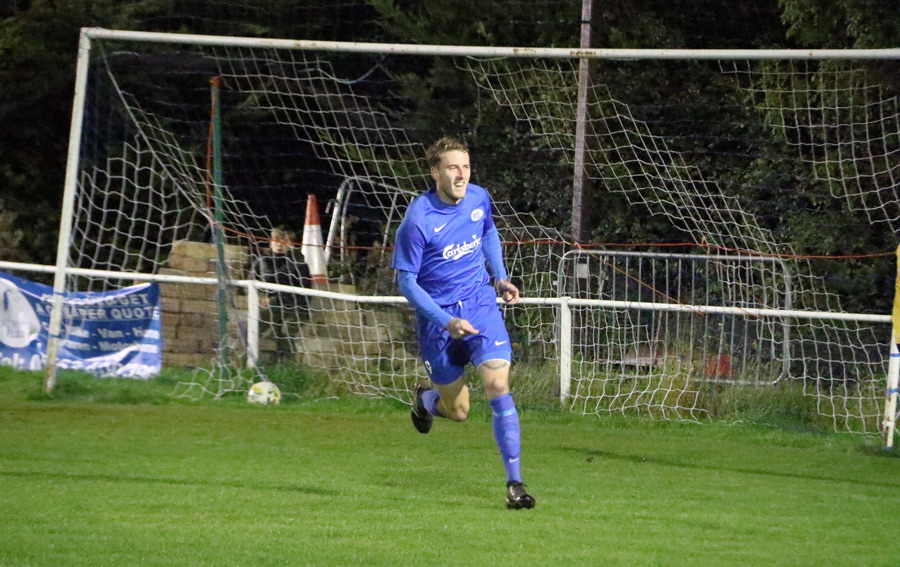 Jets got a win at home to Broadfields at the Boundary Stadium, a close run thing but a wins a win as two goals from Lewis Putman split the teams in the 2-1 home win.

It was an entertaining game, good football match by all three teams, more chances created than of late so signs of things coming together. 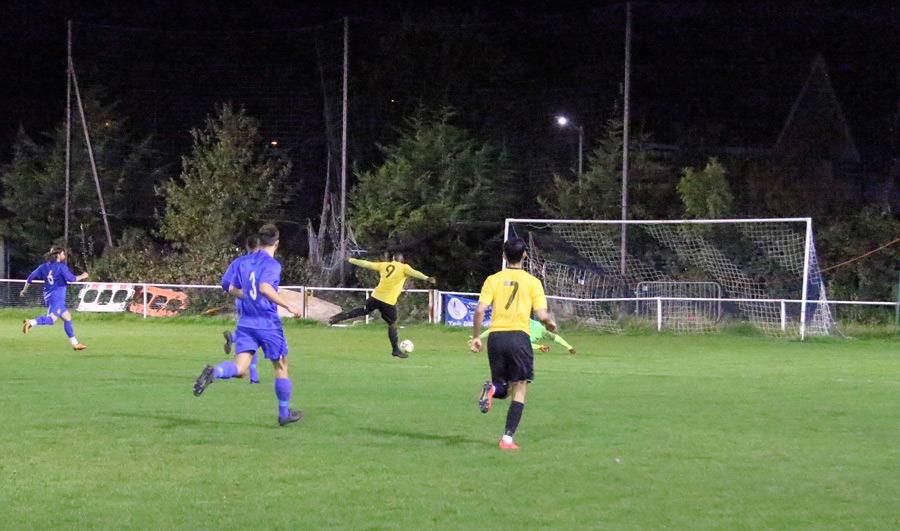 Broadfields nearly got off to a flyer.

It was still a bit rushed, and a long ball in the first half and the big chance was early when a suspiciously offside Broadfield’s attacker went clear but thumped it well wide of Partington’s goal. 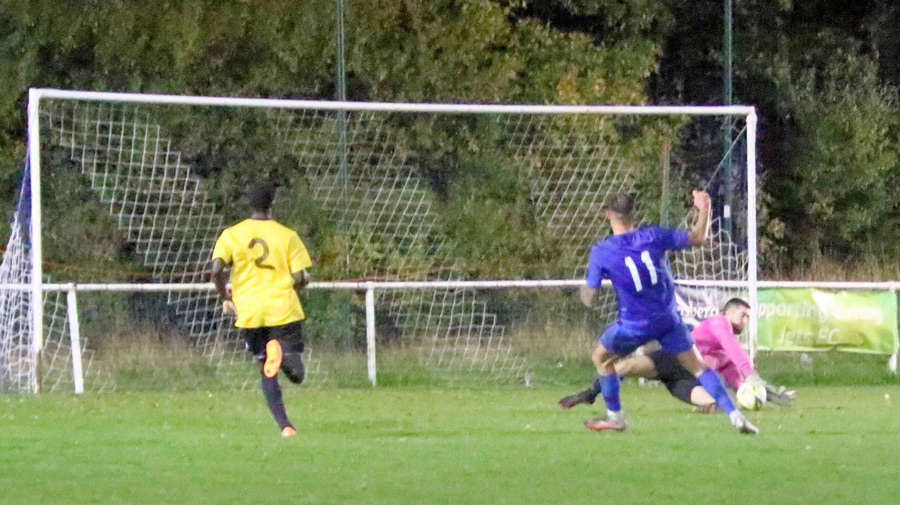 Reece Cameron then had a one on one after good play but shot at the keeper. 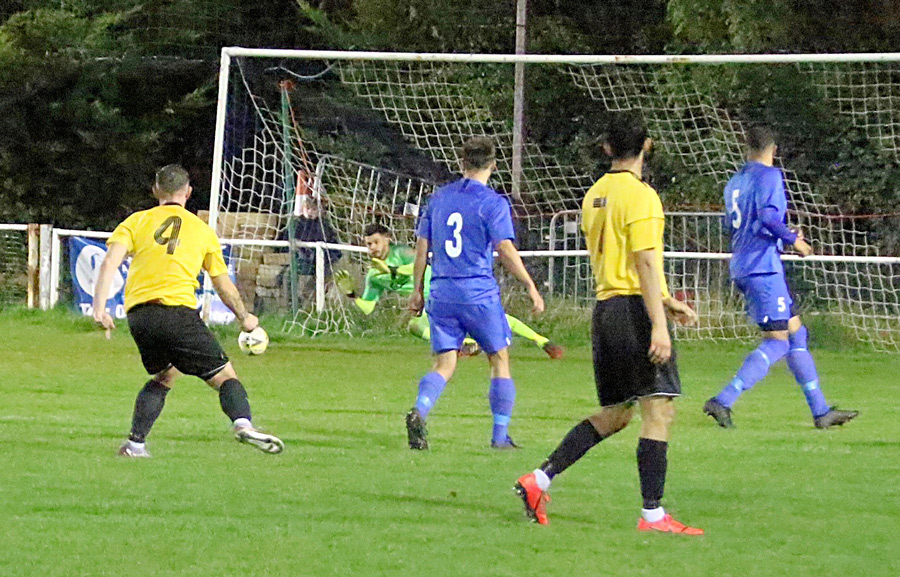 Rob Partington had to pull out some good saves for Jets.

Rob Partington was then called into action and made a good save at the post, and the half ended all square 0-0 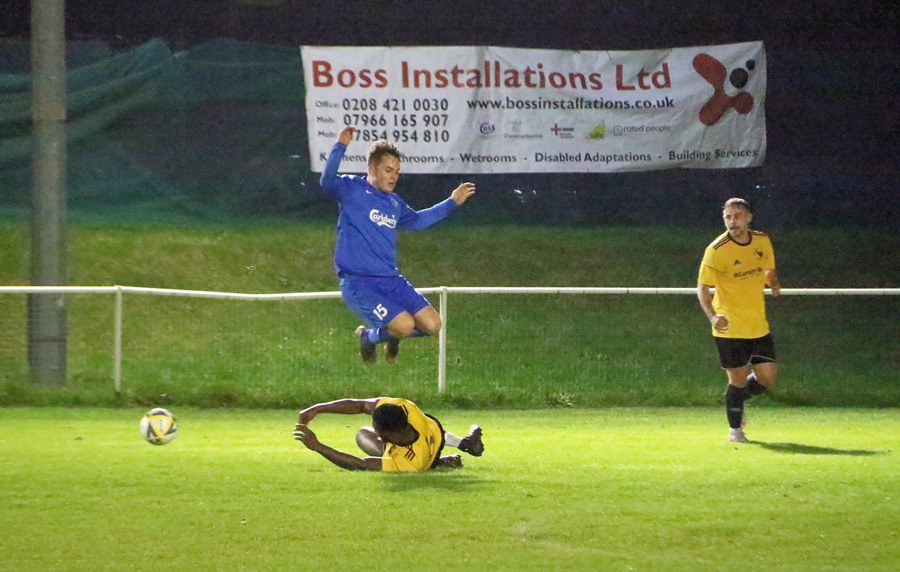 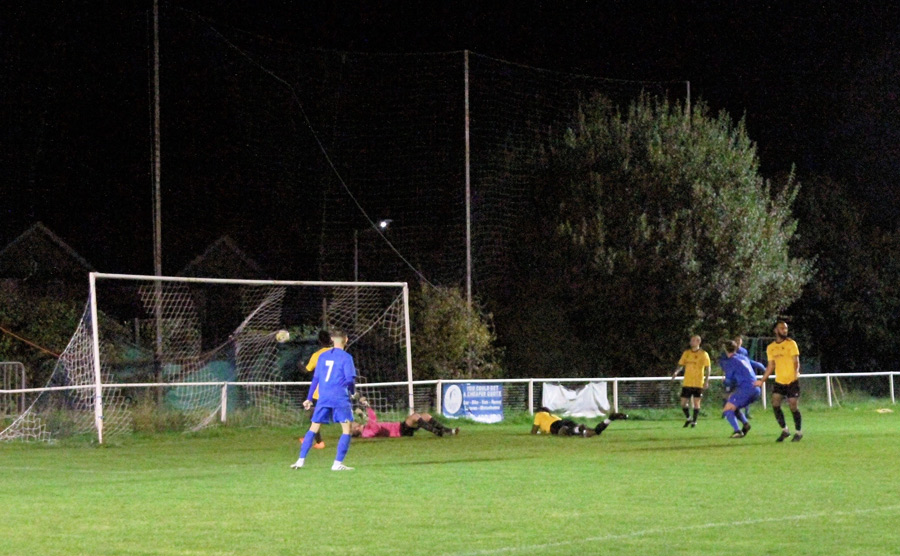 Stuart Atkins changed the formation, and it worked instantly as Brad Sweeney came on for his debut and Jets became more attacking. It was Sweeney who provided the ball for Lewis Putman to open the scoring with a cool draw and slot 1-0 (48 mins). 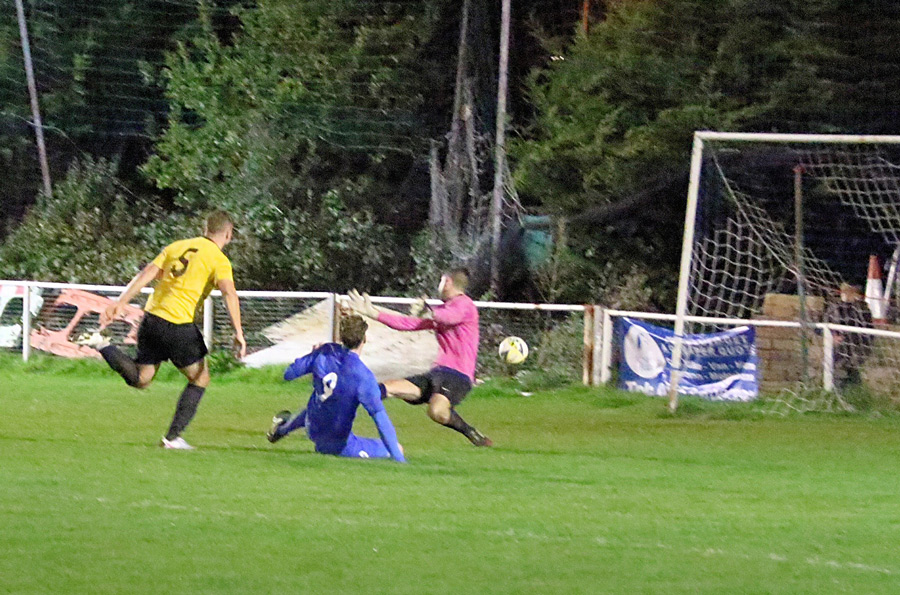 Lewis Putman breaks clear and shoots past the oncoming keeper.

A long ball over set Putman on his way to go clear and slot No2 and his second (67 mins).

Brad Sweeney gets flattened but no penalty.

Jets were in control, and two big penalty decisions did not go Jets way, firstly Brad Sweeney clipped and brought down when in on the keeper.

Sean Giordmaina brought down when clear but, again, no penalty. 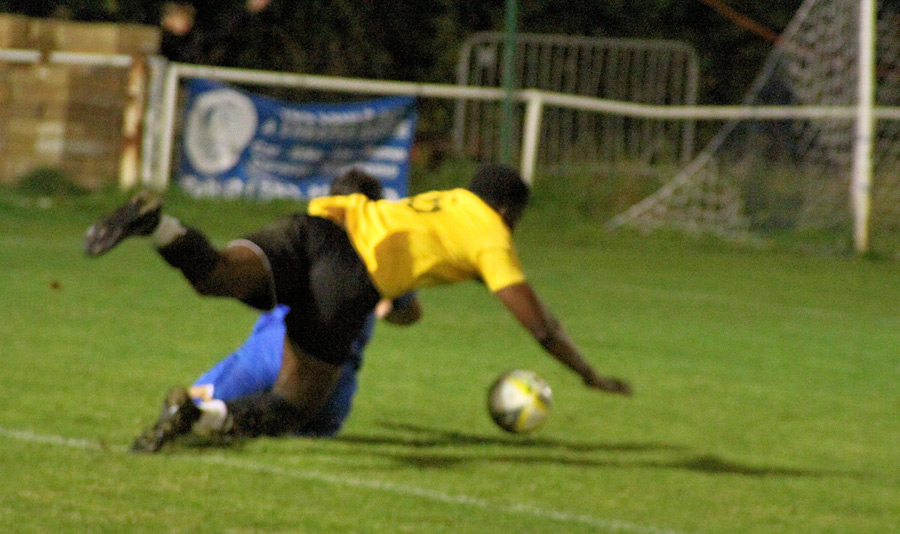 Then Sean Giordmaina had romped clear on the other side and was taken out against a clear last man that would usually have been a bolt-on penalty and straight red, but again nothing to the anger of Jets staff. 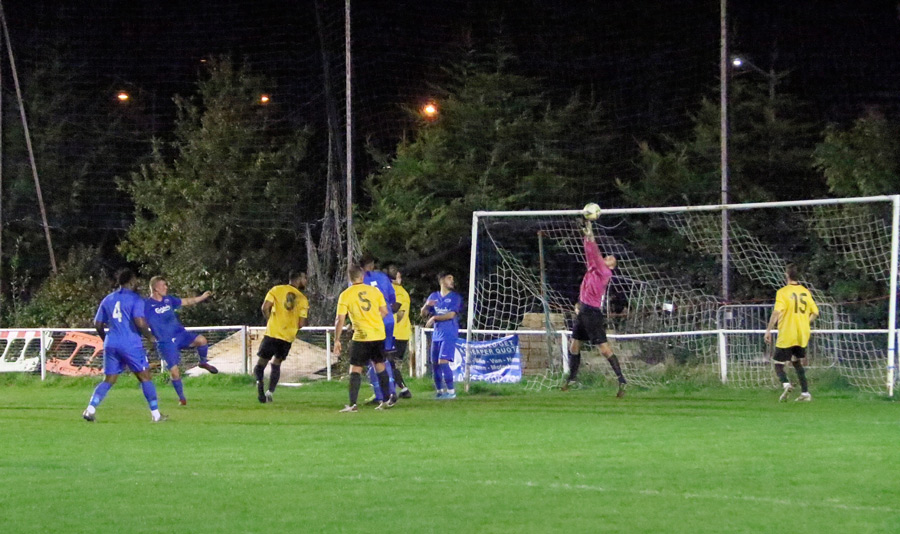 A fingertip onto the crossbar denies Andy Brennan.

Meantime Brennan headed against the bar aided by excellent fingertips from the visiting keeper.

A tremendous save denies Brad Sweeney a debut goal. 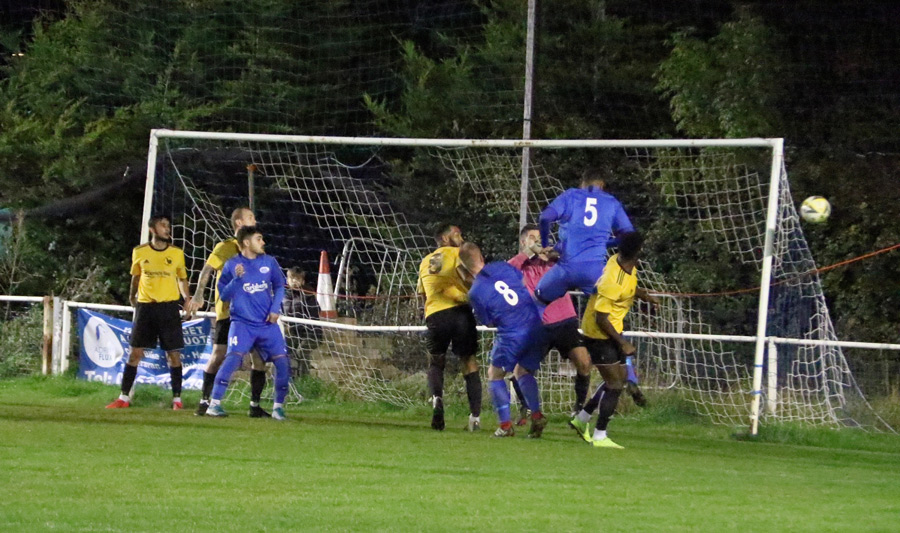 Then the shift around as Broadfields pulled one back and Jets wobbled. Now it was the visitors on the offensive and hunting the point with Jets playing the counter. Sideline nerves were being tested, but Jets held on to the win. Jets will feel it was fully deserved, Broadfields will think that they should have got the point. 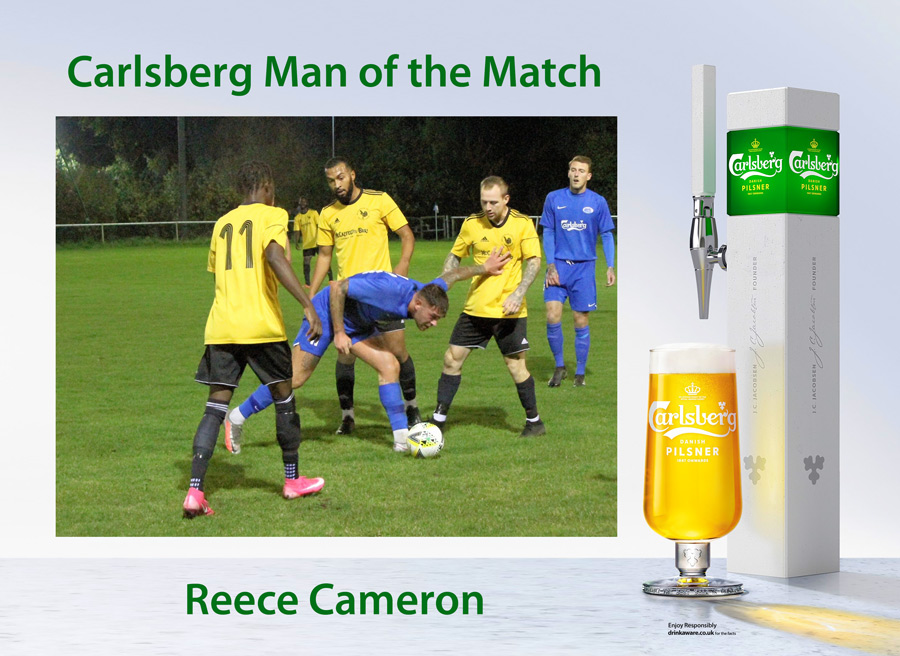 Jets Carlsberg Man of the Match was Reece Cameron. 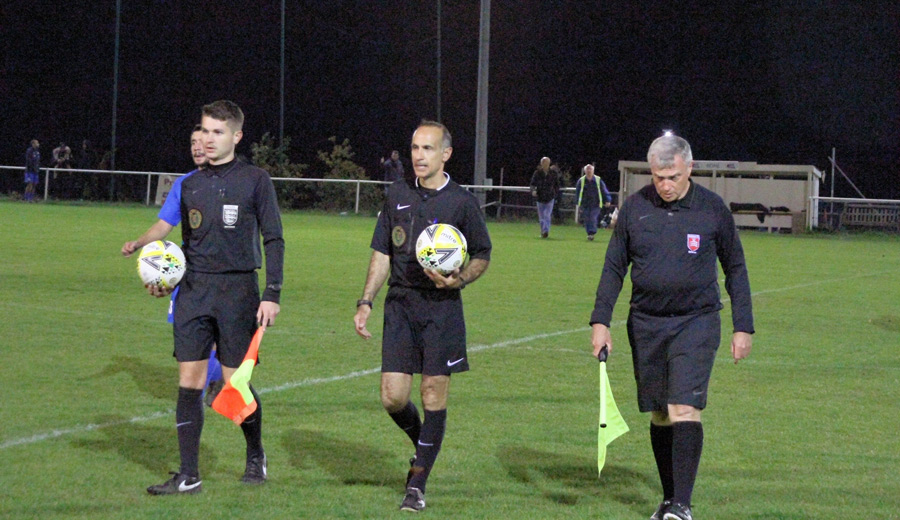 Very good game from the officials even though Jets felt some decisions didn’t go their way.

The officials did well, and despite turning down big penalty appeals were calm and collective all evening and did a good job.