Jets hit local rivals Harefield for a straight six at the Boundary Stadium as the team put on a stunning performance to tear their opponents apart. Both sides had team problems as the fixtures keep on coming in this squashed season, but it was a reshuffled Jets who were buzzing.

Jets two wide men Bircham and Giordmaina tore the defences apart with very different approaches. One was speed and delivery to the pin striker as Lewis Putman enjoyed feed fit for the king’s banquet. The other was “tricky dickie” stuff and a direct goal approach that Harefield could not stop. With Speer and Gibson supporting the wide men on the flanks delivering more direct balls into the area, it was just raining in on the Harefield goal.

Louis Stead gets Jets off to a great start. 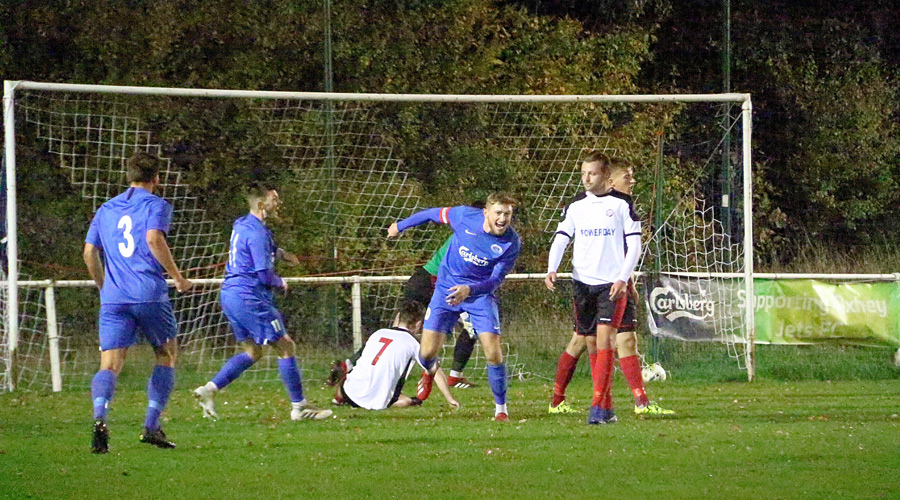 Jets struck twice early. First, skipper Louis Stead pounced on a loose ball, created by a Bircham attempt, to squeeze the ball home (13 mins), his first goal of the season. 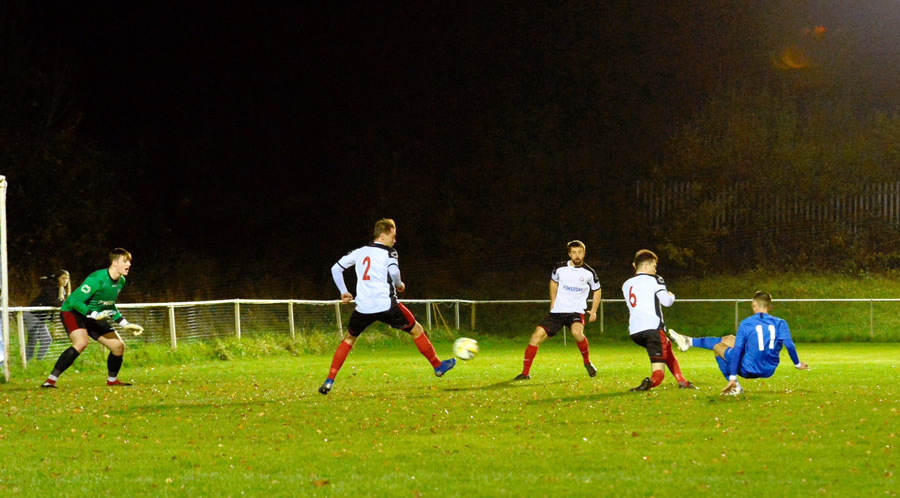 Smart finish from Louis Bircham to make it 2-0

Just two minutes later a far post low curler by Louis Bircham made it 2-0 and set Jets up for the night.

Harefield did make a strong counter-attack and netted but it was ruled out by a lino’s flag. 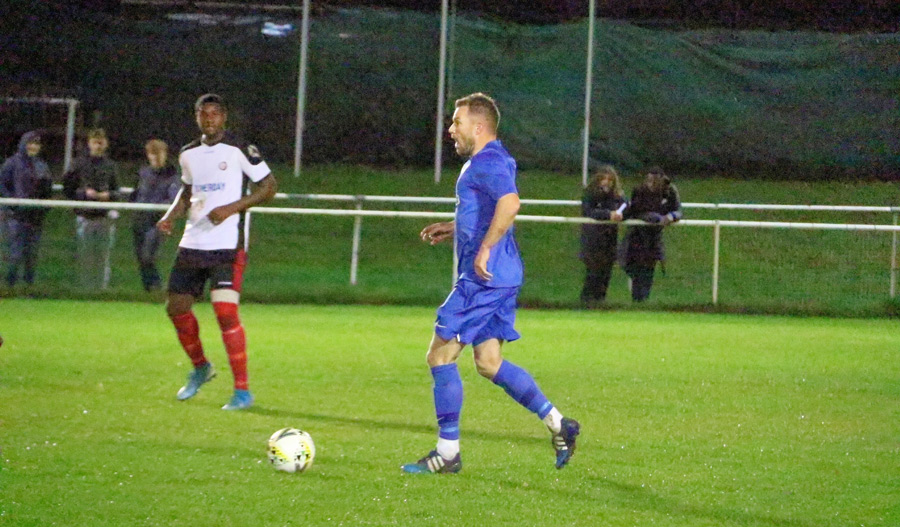 Warren Gladdy back out of retirement to help Jets tonight

Jets pushed and pushed and the midfield, fielding a “retired” Warren Gladdy, were as active as the spritely front runners as Jets turned on their best display of the season for sure.

No mistake from the spot for Lewis Putman, sending the keeper the wrong way.

Jets leading scorer Lewis Putman (38 mins) was brought down in the area and got up to score from the spot and Jets were going clear. Harefield were more than happy to hear the half time whistle while Jets did not want the break, the match was going so well. 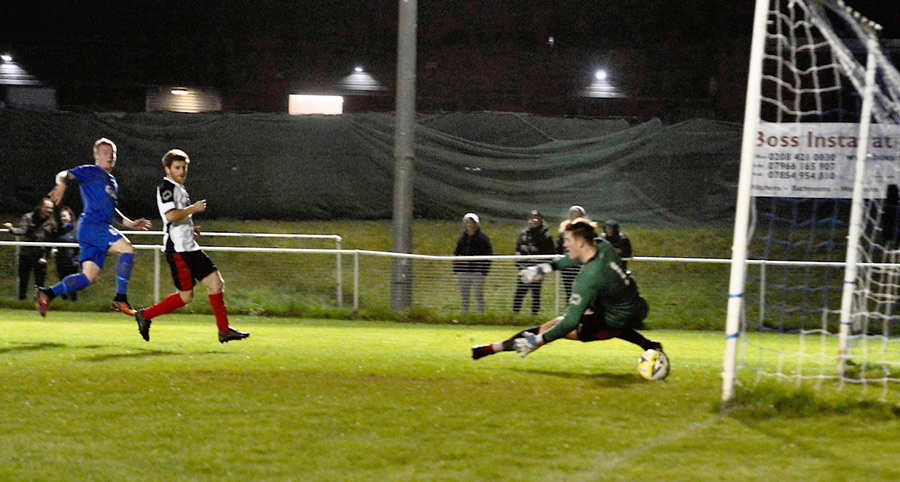 A few running repairs and no changes saw Jets restart and carry on as in the first half. Andy Brennan all but finished the game off with a strike from a tight angle, 4-0. 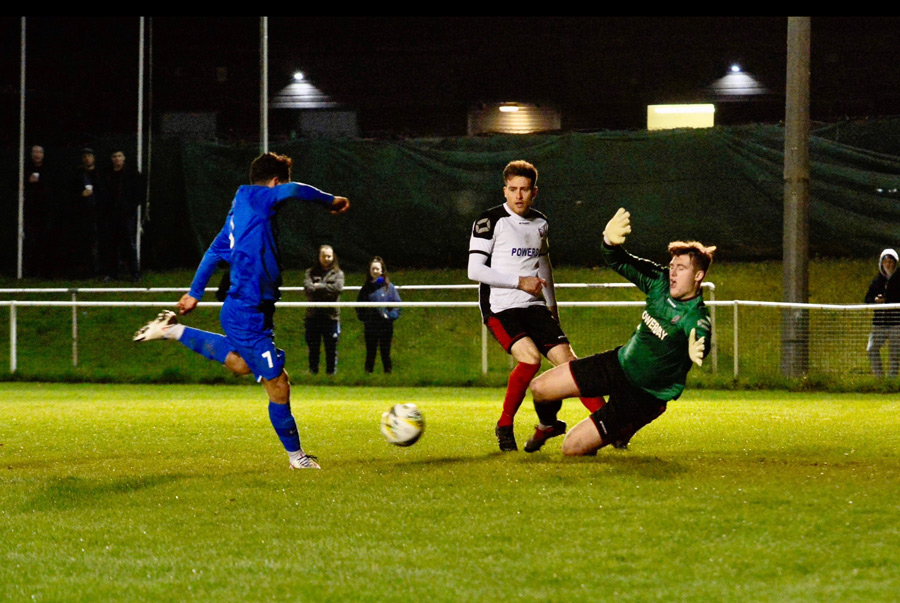 Sean Giordmaina denied by a brave save.

Only brave goalkeeping stopped Sean Giordmaina adding to the total again with a superb run and delivery by Louis Bircham, but the stay of execution was short. 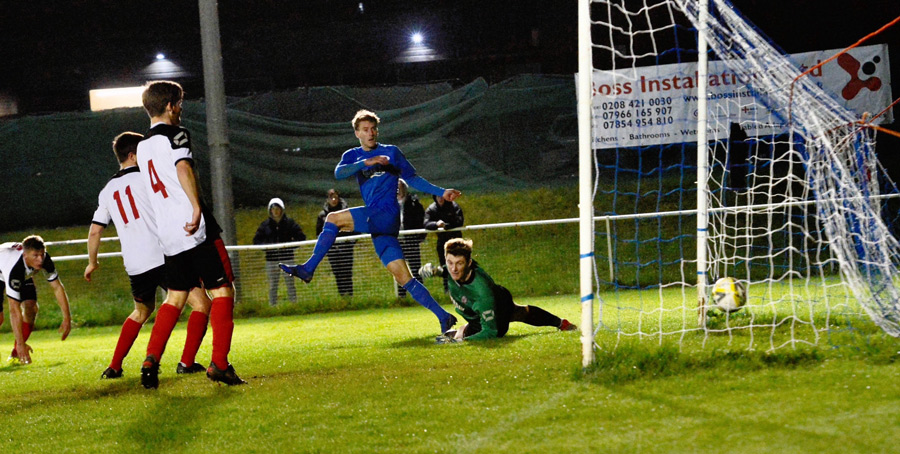 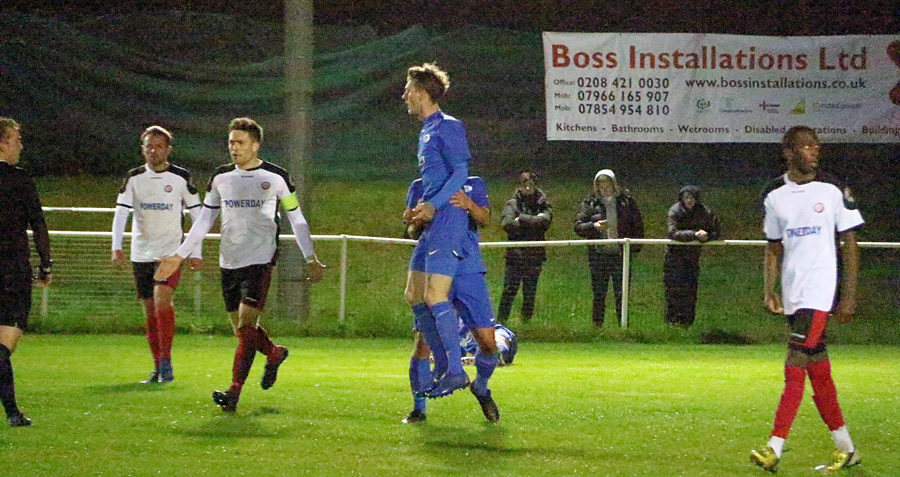 Lewis Putman somehow screwed a superb second and Jets fifth, again from a tight angle, and Harefield made their task even harder by going down to ten men with a sin bin.

Fair play to Harefield as they never gave up and managed to net again, but this was also denied by the flag.

The staff rotated the team, throwing on all three allowed substitutes with the youngest, Lorcan Barnett, replacing the oldest, Warren Gladdy, to complete the battle. 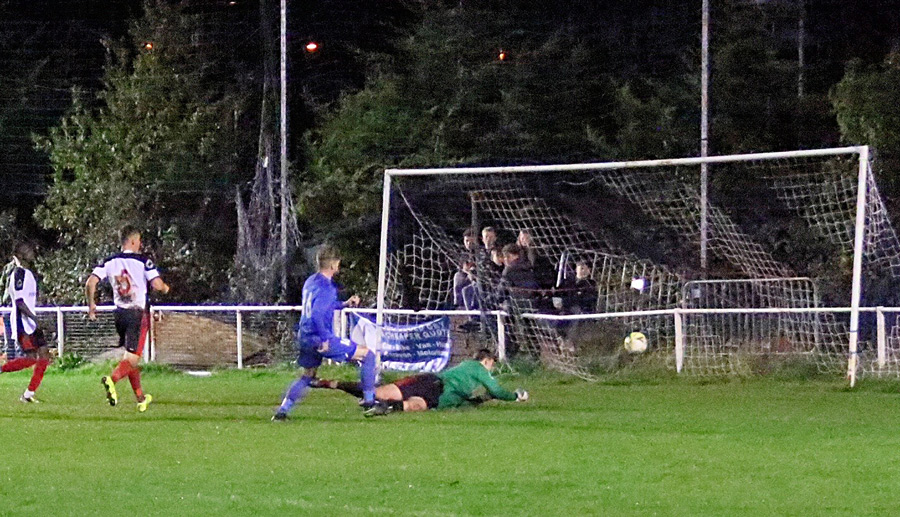 Lee Armitt scores on his return. 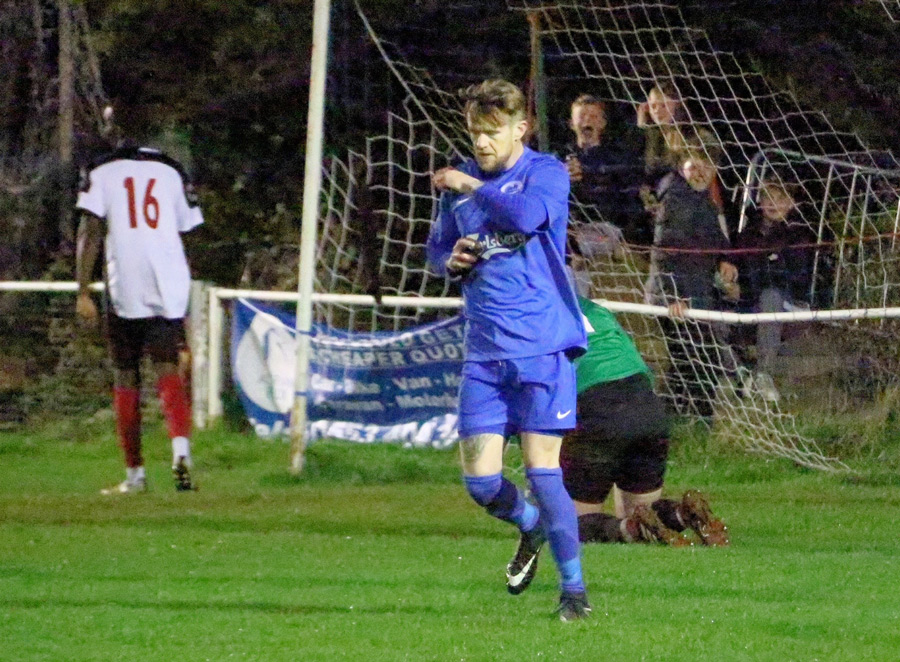 Lee Armitt got his reward for answering the late call for help with a superb solo goal and completed the scoreline 6-0. It was a stunning Jets performance.

Man of the match, it was a shame tonight to pick one as the team turned it on. The whole team did a superb job, there were no sub-standard performances at all. The split was between Louis Bircham and Andy Brennan, and the Carlsberg Man of the match went to Louis Bircham but after a performance like that and with the bars close to shutting time “if Carlsberg did beers” was ready with a crate waiting for the team when they left the pitch.

A word for the match officials tonight. Sensible, not over-reactive but very efficient and in control.