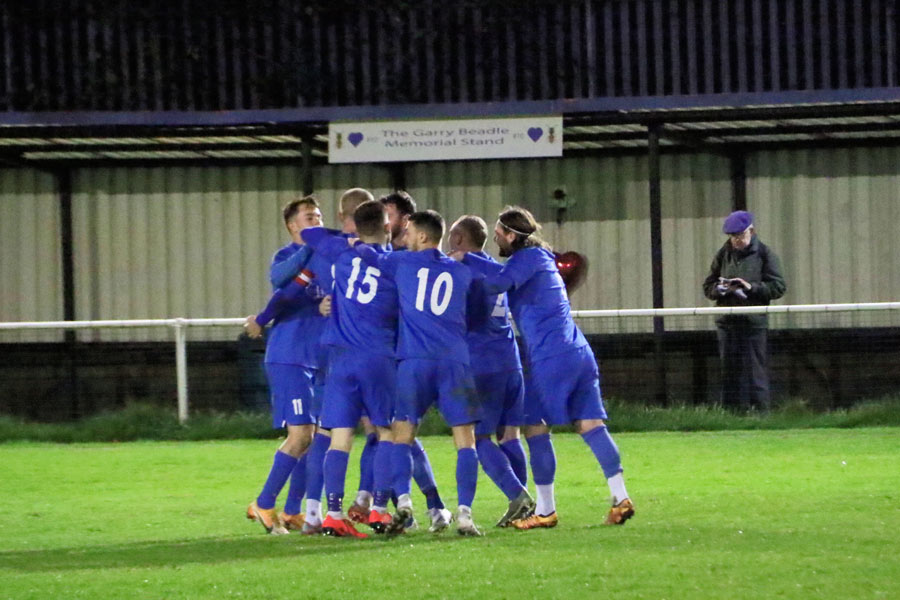 Jets and North Greenford United did battle royal for the restart of this bedraggled season, and it was a real early Christmas Cracker, a hell of a battle between clubs that have respect and a real friendship for each other.

Jets knew they had to be sharp today as NGU had already been to us and won 1-3 in the FA Vase earlier in the season, and they’re still in the competition playing next weekend, and we wish them well. 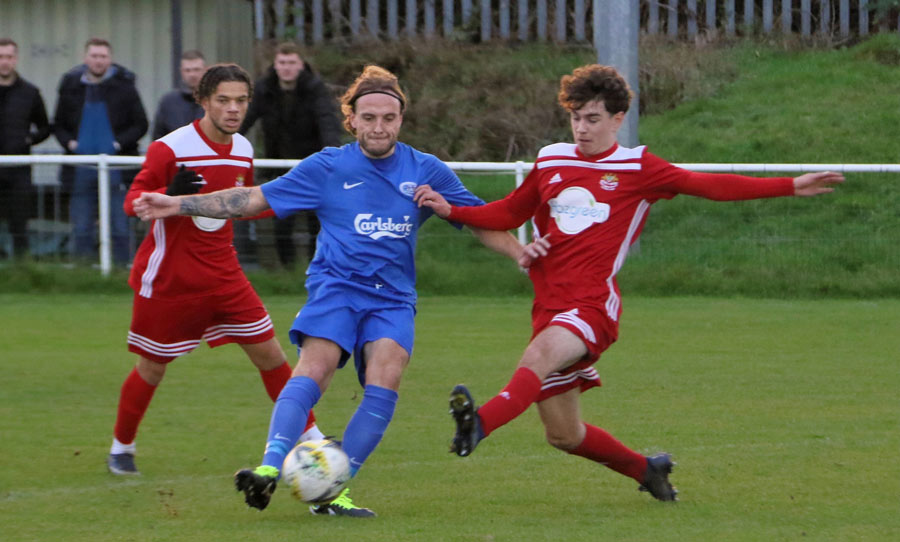 Changes for Jets as even after the lay off there were suspensions to clear for Tom Gibson and Chris Blunden, and Brennan and Preedy not available, season debuts for two former players Tom Inch and Sim Armstrong and both did very well. 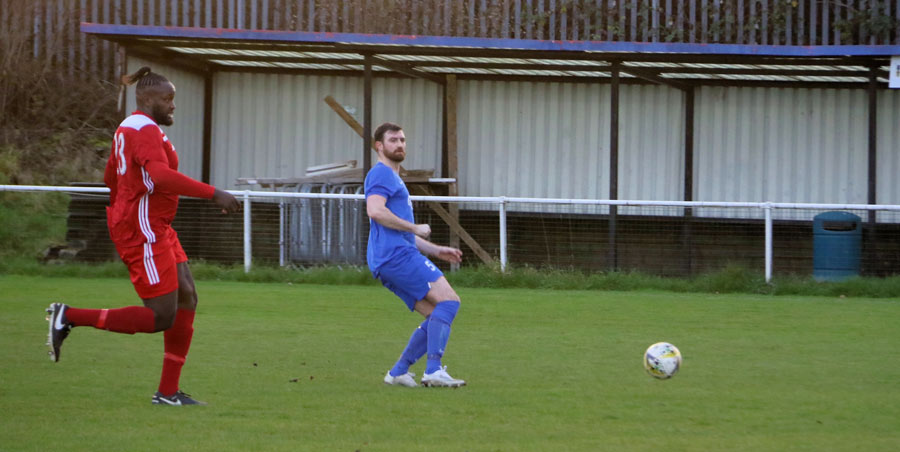 A welcome return for Sim Armstrong

It was NGU who came out the blocks first and controlled the opening minutes and took the lead after 10 minutes with a fantastic left-foot strike by Charlie Mitchell.

Jets, though, got the spur from that and took the game to the visitors. 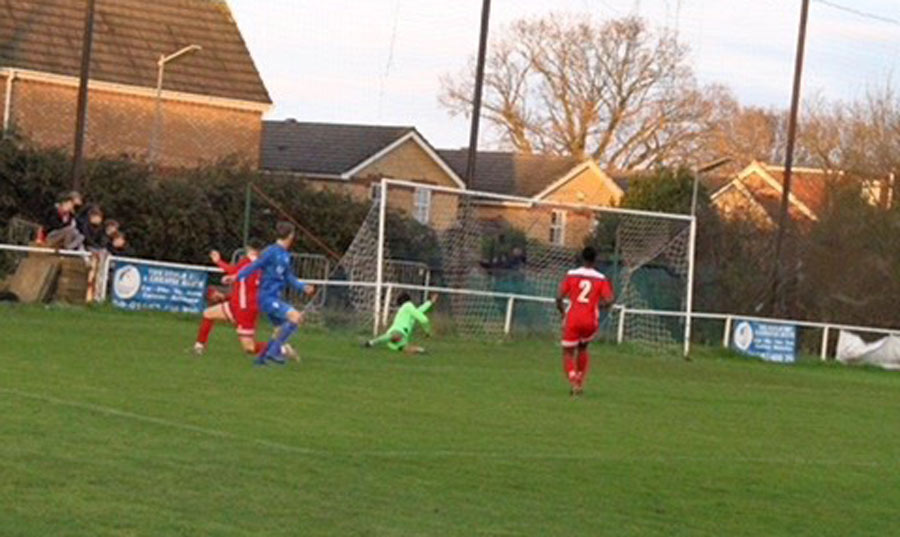 Great finish from Lewis Putman to bring Jets back level.

Lewis Putman latched onto Sweeney’s assist to match the strike at the other end with a superb strike on the half-hour. 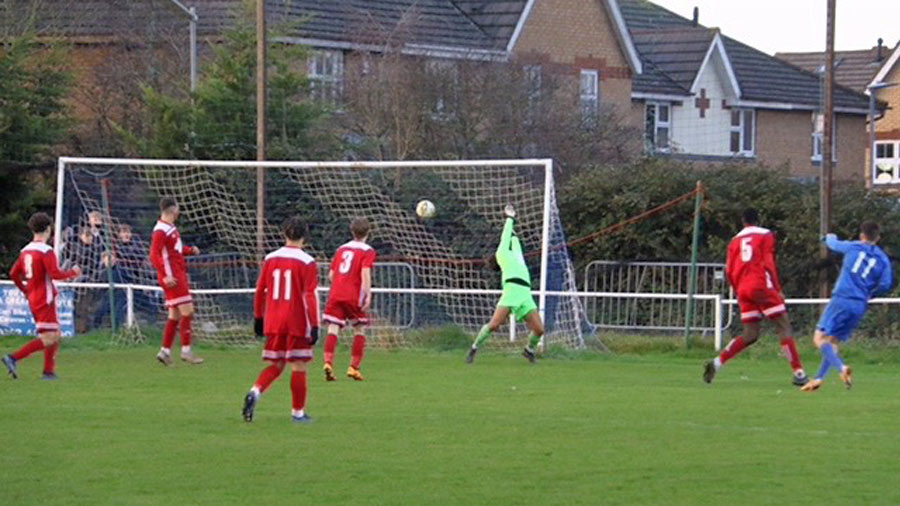 Now Jets were in the mood, and Sean Giordmaina weaved and found Putman in the area, and he picked out Brad Sweeney to strike a thunderbolt into the top of the net 2-1 Jets (34 mins)

Jets then had a superb chance to extend the lead, but former player Kojo was there to deny us with a clearance off the line from Putman. 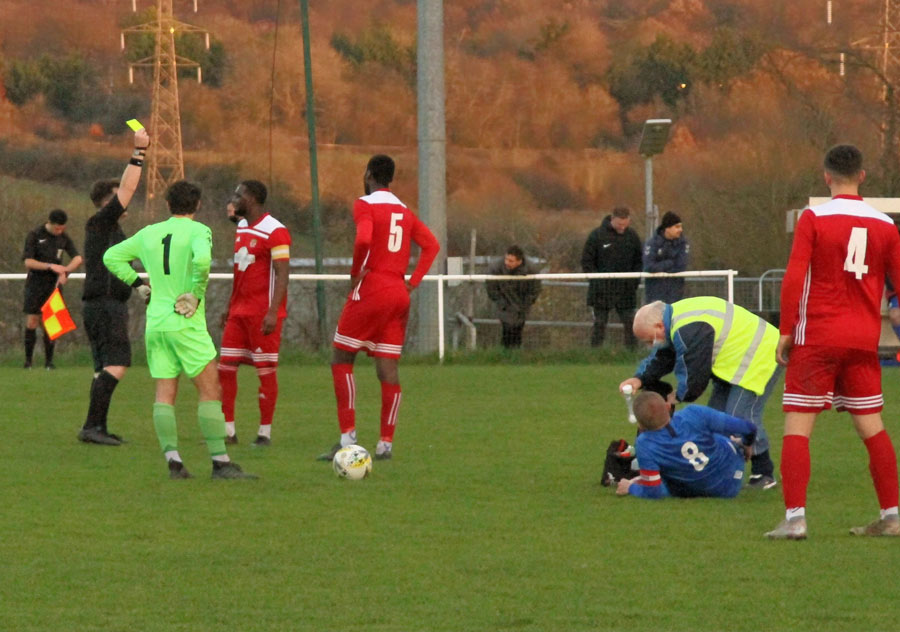 Jets frustrated that Stead had to leave the field – a rule that does not apply on a yellow card offence – and Jets paid for it.

Then came a controversial decision that was to bite Jets. Skipper Louis Stead was taken down and the NGU player cautioned for the tackle that left Stead needing treatment. Now the referee decided that Stead must leave the field for the restart as treatment was long and, while waiting to rejoin, Kai Brosman volleyed an equaliser (39 mins), and he was Stead’s man! Now the question is if the tackle is that bad to warrant a yellow then why the surprise treatment needed !!!! And now the fouled injured player is off the field why the offending team score.

No pen, a yellow for a dive.

Jets had a seeming lucky escape when Jamie Speer looked to have brought down a striker for a bolt-on penalty but the referee went straight for his cards and yellow for the dive. Now on this one, our VEO camera and Mr Mason’s video proves the match official to be correct. Jamie got a clean ball, it was a great tackle.

The second half started not great for Jets as Jamie Speer was sin-binned, and North Greenford missed a sitter while Jets were down to 10 men. 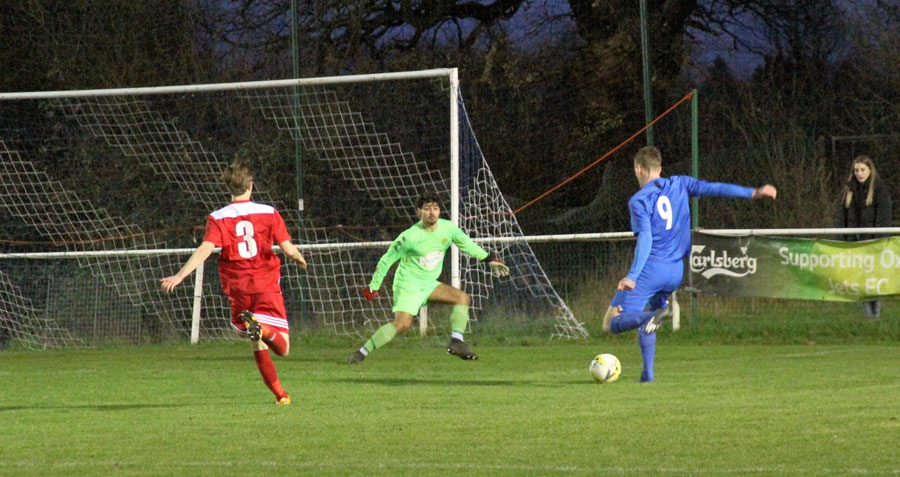 The North Greenford keeper denied Lewis Putman in a 1-on-1 on the hour, and moments later a twist and strike from Giordmaina was saved and another cross hit the bar. Jets finally got the lead they deserved on 70 mins when Lewis Stead started a run and, as Giordmaina broke left and Putman right dragging the defenders, Stead superbly weaved before another superb strike struck gold 3-2 Jets. 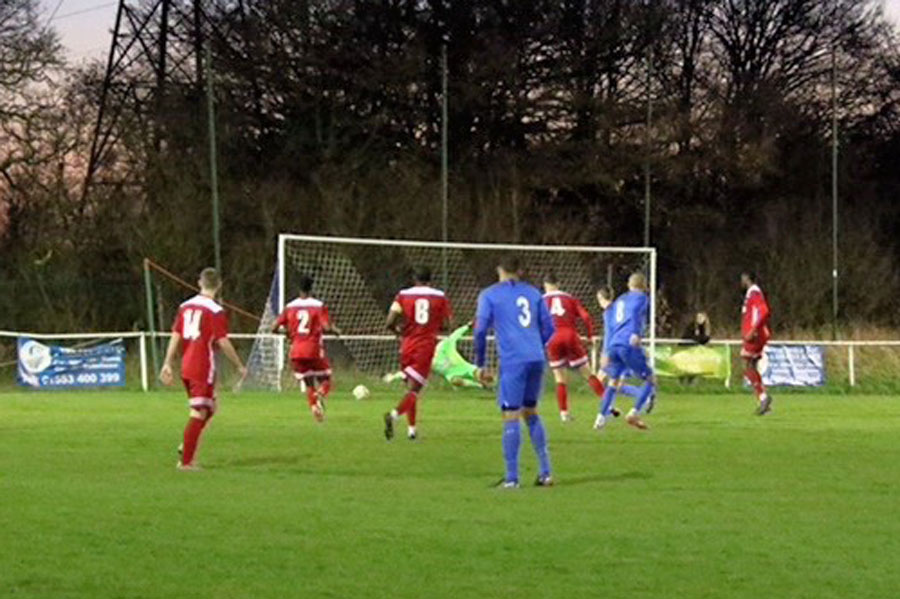 Jets celebrate, appropriately this week, in front of the Garry Beadle Memorial Stand 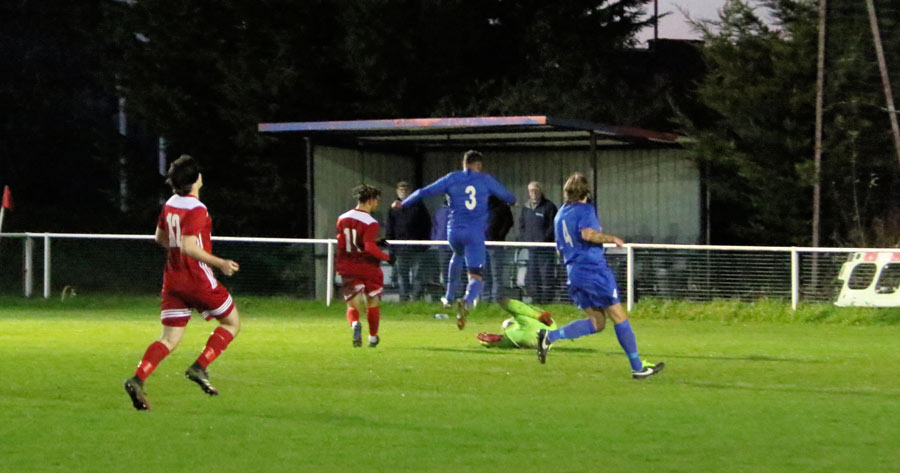 A superb save from Rob Partington keeps it at 3-2.

Jets then lost substitute, Charlie Barton, with a concussion and had to reshuffle. It was an end to end ding dong now and Rob Partington kept Jets lead with a superb feet save 1-on-1 with Molyneux.

NGU level from the spot to make it 3-3 and honours even.

NGU kept the pressure on Jets and got the break with a penalty for a push converted by Mitchell 3-3 (84 mins).

Full time 3-3 both sides deserved the point. Both will feel they could have won, and both could have lost. A fair result fully deserved and a credit of a match to all players. 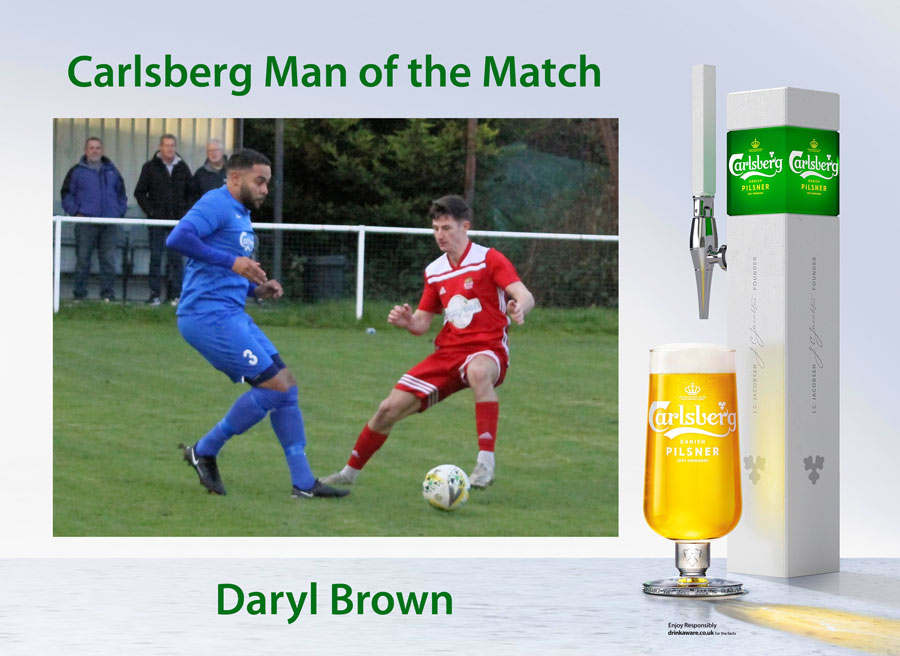 Jets man of the match would be hard to summarise as it could have been any of the team. It was a superb performance, the defence was beaten three times, but the performances were good, the front line got the goals but we only got a point, it’s mad, but that was today’s game. The edge for the Carlsberg MOM bottle, the only beer allowed out of the clubhouse in our tier two close down, went to Daryl Brown who was outstanding in his defending and his vision going forward. 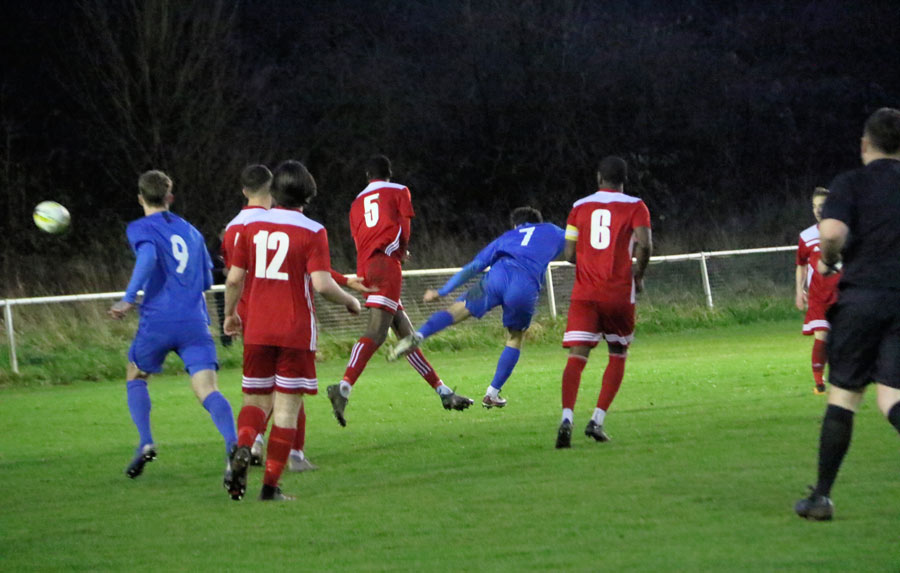 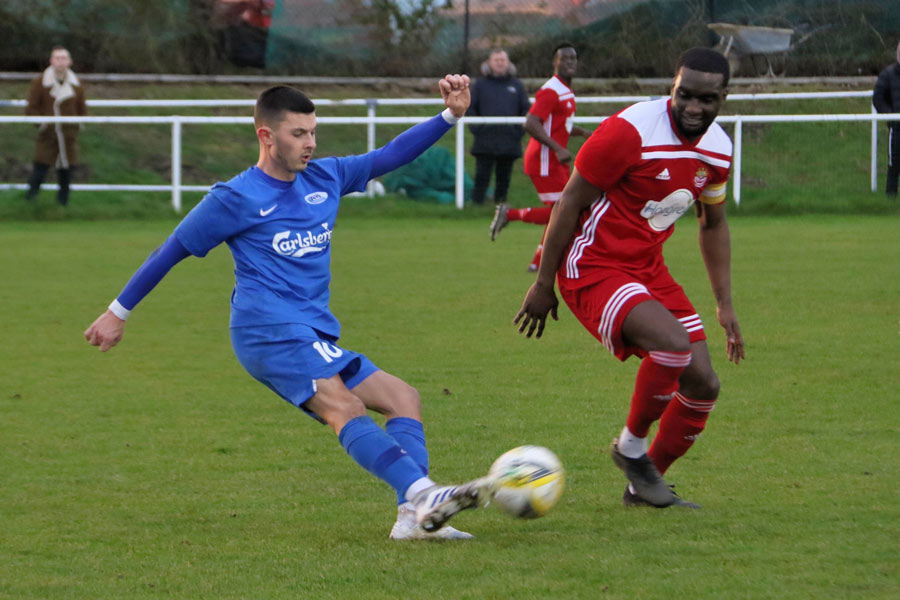 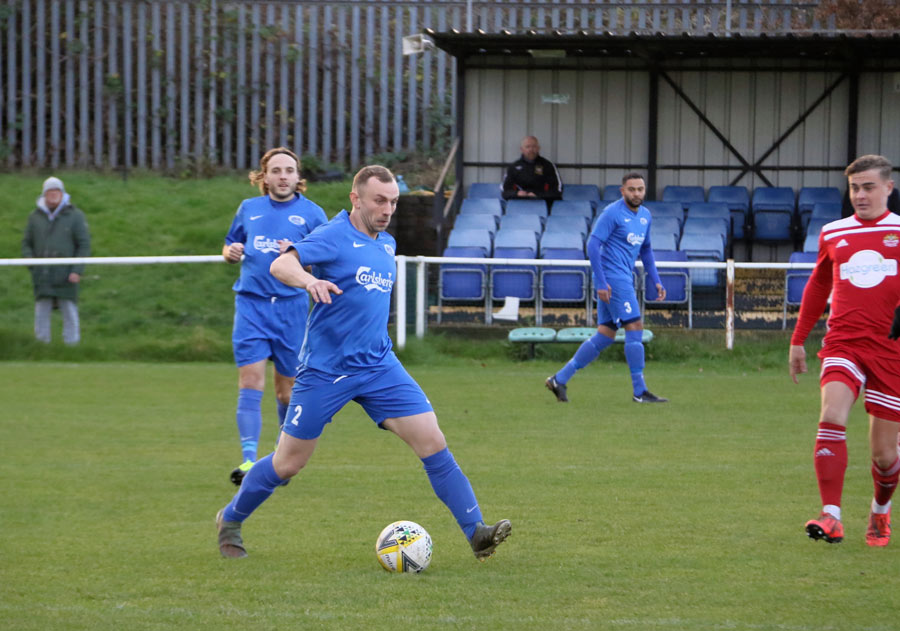 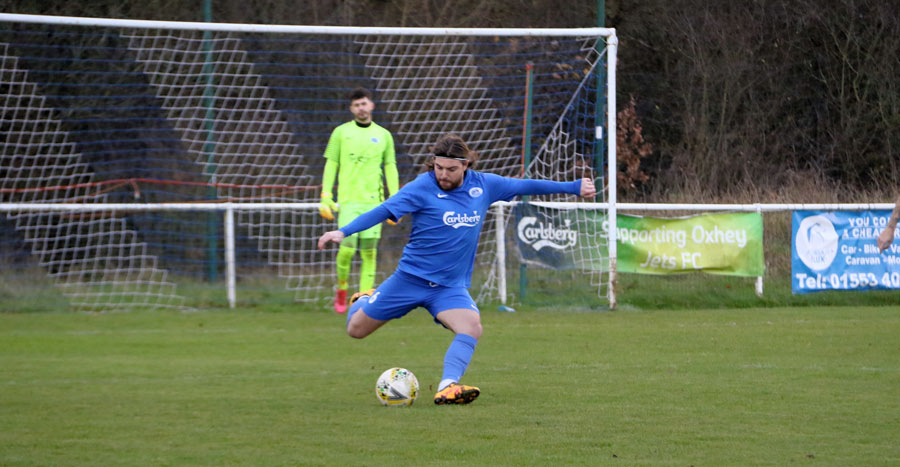