Jets turned record breakers in this thumping 10-0 home win over local rivals London Colney at the Boundary stadium strangely almost five years after to the day that LC beat Jets 7-0 in a cup match, the ups and downs of football.

Let’s cover the statto stuff first. On the same date in 2013 Jets beat Hertford Town 7-0 and that was the same season Jets finished third. The previous best Premier result of the club was recorded in a 10-1 win over Hatfield Town, the scorers that night Lewis Putman 6, Tom inch 1 ( both of these lads played in this new record scoring match 7 years later ) Lee inch 1 and Luke Beardsworth 2. So a new record that firmly roots London Colney to the bottom of the table. 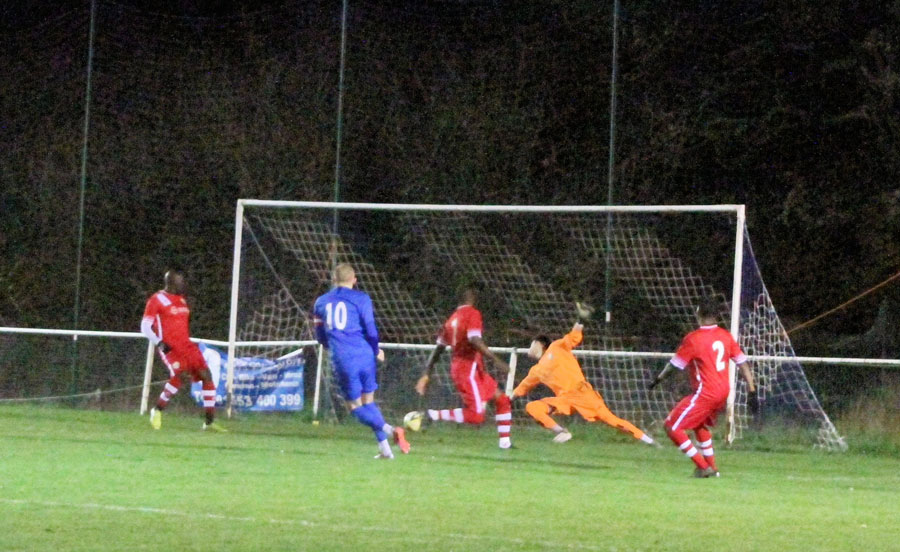 LC had no luck from the off as they lost a player to hospital with a dislocated shoulder after just 6 minutes, but they were incredibly a goal down by then after Sean Giordmaina played the ball back to Louis Stead to open the scoring 40 seconds. 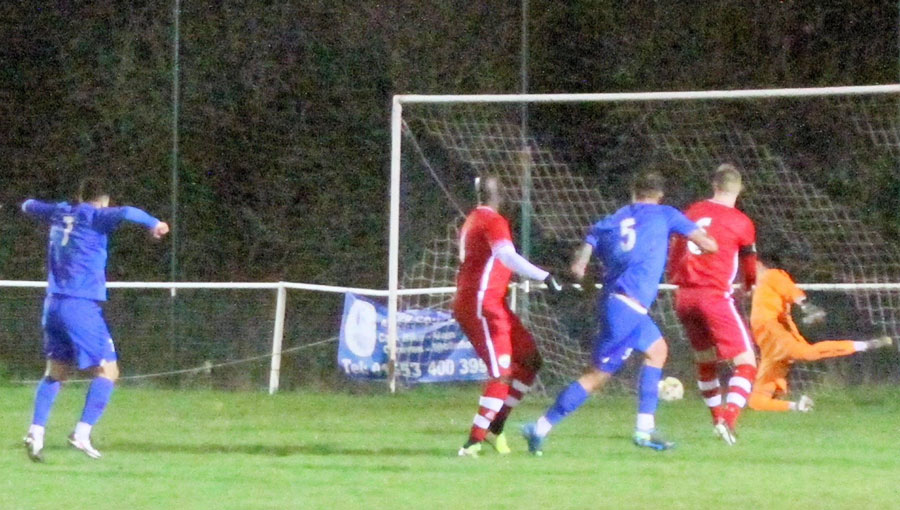 A sharp turn from Reece Cameron and it’s 2-0

Sean Giordmaina played in recalled Reece Cameron who did a one-touch turn and shoot low into the net 2-0 (19min).

On 27min LC made things harder for themselves after Lewis Putman skipped the keeper miles outside his area to be clear to run the ball home into an empty net, but the keeper tripped him and saw a no option straight red.

Just two minutes later the stand-in keeper was beaten, but to be fair he’d made two saves already in that time, but a superb ball from Andy Brennan found Sean Giordmaina at the back post who headed back superbly for a hat trick of assists for the Goal boy himself to smash home, Lewis Putman 30 mins. 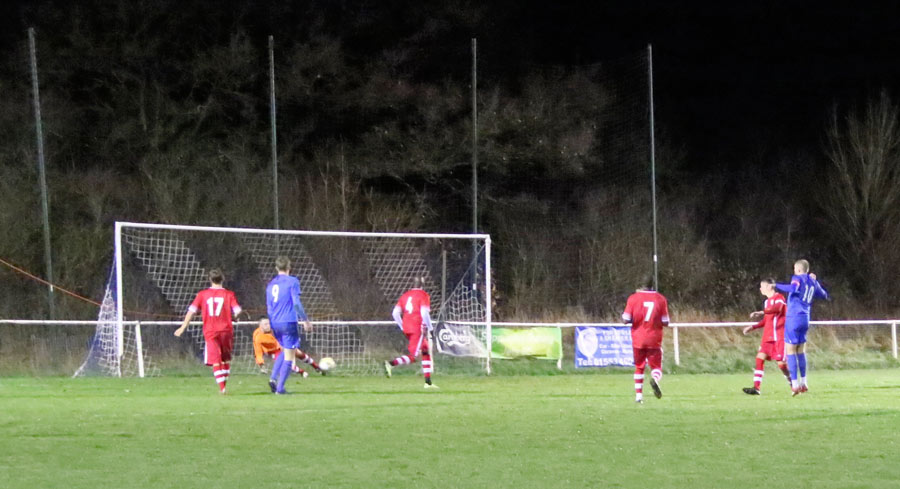 Louis Stead scores his second and its 4-0

A rampant Jets extended the lead further on 35 minutes when Louis Bircham played an excellent ball down the line to Lewis Putman who squared across for Louis Stead to smash home his brace.

The half time whistle was more welcome for ten men LC than Jets, but the Jets staff were fierce in their demands to push forward and hunt goals.

Lewis Putman hammers his second for 5-0

The second half got off to a good start when Gibbo, back from suspension, pressed high from full-back to the line and cut back and lay in Lewis Putman to hammer the second of his brace 5-0 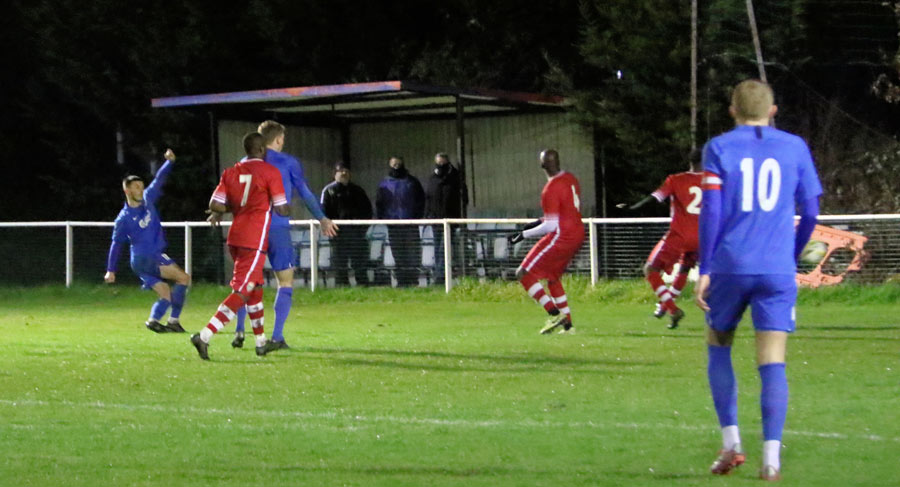 Louis Bircham gets in on the goals, 6-0 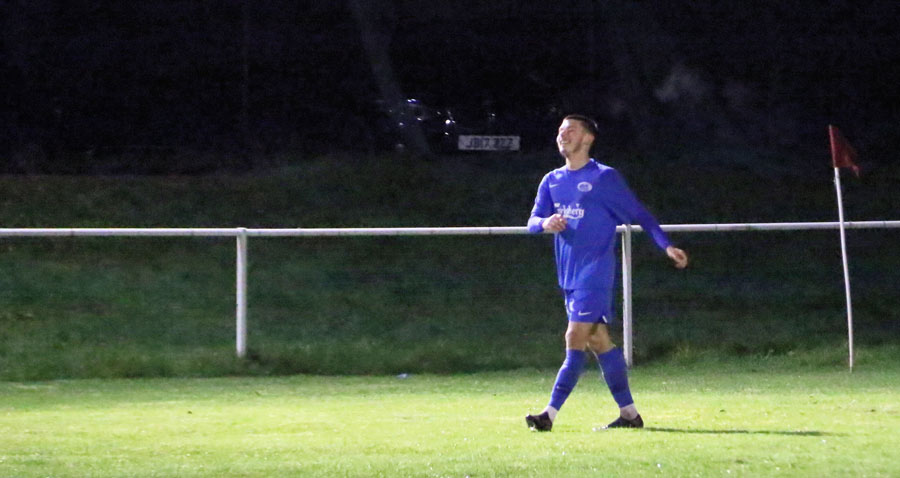 What one full back can do the other can and this time Jamie Speer was the provider with a deep cross that the keeper could only get a punch too that went straight to Louis Bircham to control and plant into the corner of the net 6-0 (56 mins).

Jets took ten minutes to add no7 with the demanding management getting restless at Jets were now in a seemingly relaxed mood 😄.

Reece Cameron worked with skipper Louis Stead to play in Louis Bircham to complete the second of his brace 7-0 (66 mins).

Jamie Speer overlaps and sends in the slowest of shots which totally deceived the keeper, 8-0

With three players on two goals apiece, the question was who would be the hat trick hero tonight? with three on two. Well, none of them as it was the turn of Jamie Speer and Sean Giordmaina to get in on the scoring.

Sean Giordmaina’s shot was scrambled clear by a defender, but only as far as Louis Stead who plays in the overlapping Jamie Speer whose shot on goal was so decisively slow it was spilled by the keeper over the line 8-0 and a wry smile from Jamie on this one.

A 25-yard super strike from Sean Giordmaina blasts into the top corner.

Then came arguably the goal of the night. Jets keeper Rob Partington gets in on the assists picking out Sean Giordmaina’s run and the nippy winger took this one solo and hit a 25-yard rocket into the top of the net 9-0. (73 mins)

Sean also gets a double and makes it 10-0

On 78 minutes, the club record and double figures for the team as Sean Giordmaina high pressed and robbed a defender and chips the keeper for his second.

The action was not over as London Colney sealed a miserable night for themselves with a straight red for a stamp on Tom Gibson and had to play the final nine minutes with nine players, but Jets inflicted no more pain on them and played out and got in for the very welcome sponsors crate.

Plenty of candidates for the Jets man of the match with four players on a brace, Putman, Giordmaina, Stead and Bircham, and Giordmaina had three out of four assists in the first half to add to his and Stead’s. 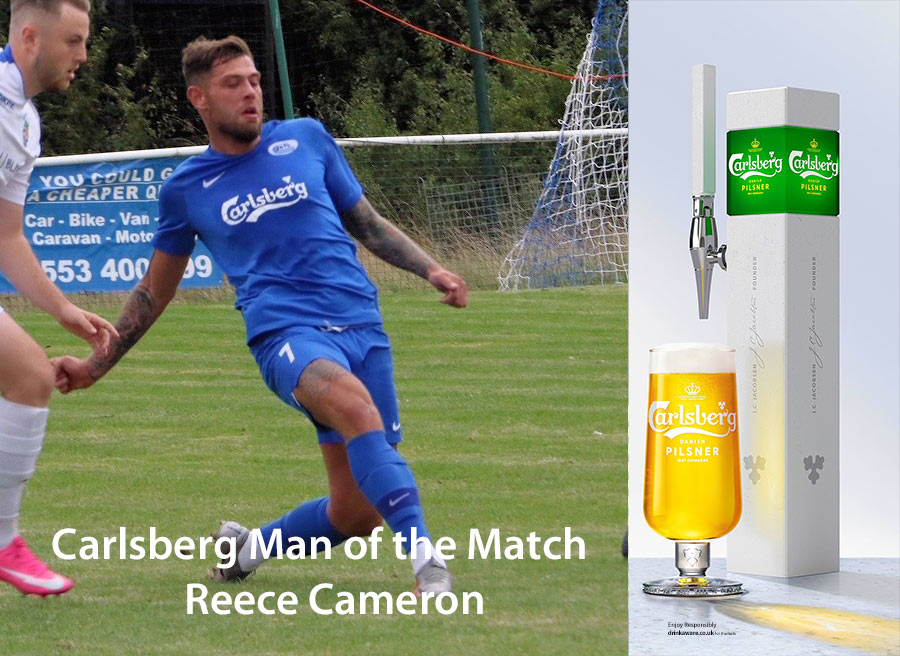 Speer and Bircham chipped in with assists too, but manager Stuart Atkins made the final decision and went for the recalled Reece Cameron as the Carlsberg man of the match for a superb deep display and I recon Stu picking him also to add weight to the tactical move by him to play him in that role 😂😂 yes Stu point made mate!

So three points, ten goals and a club record Premier score line. What more could you want from a Carlsberg night.