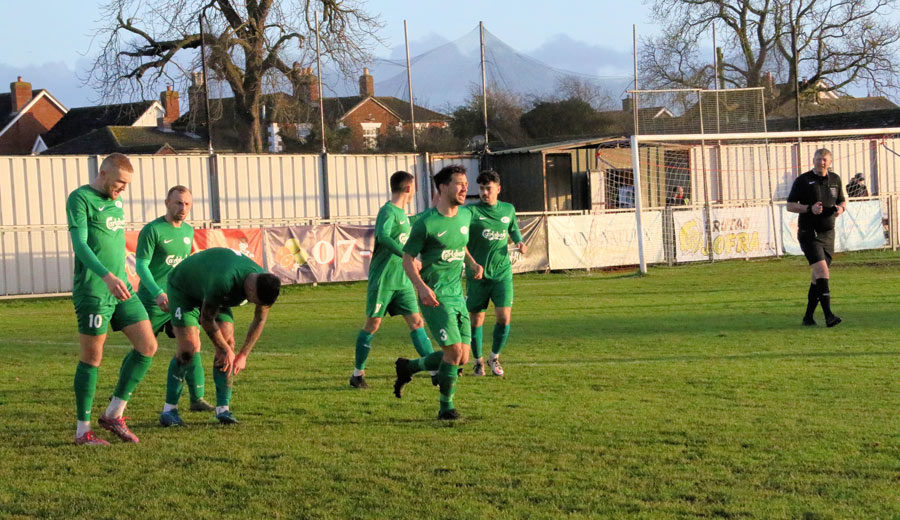 Jets Win at League Leaders as league is halted

A win at the league leaders to follow a 10-0 Tuesday win, cheers Santa, that’s the perfect way to go into the Xmas / lockdown break. 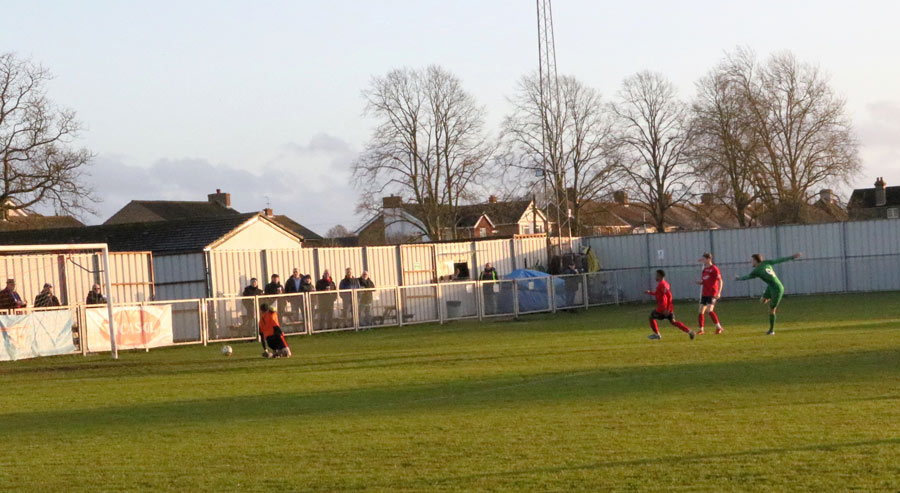 Lewis Putman hits the post in the 2nd minute

Jets went at Biggleswade from the start and incredibly had hit the bar, the post and the net, and that was the first 5 mins.

Jets were off straight away it was attack attack attack, and Lewis Putman looked to have given them the early lead, but the post saved the beaten keeper.

Reece gets the rebound to give Jets an early lead 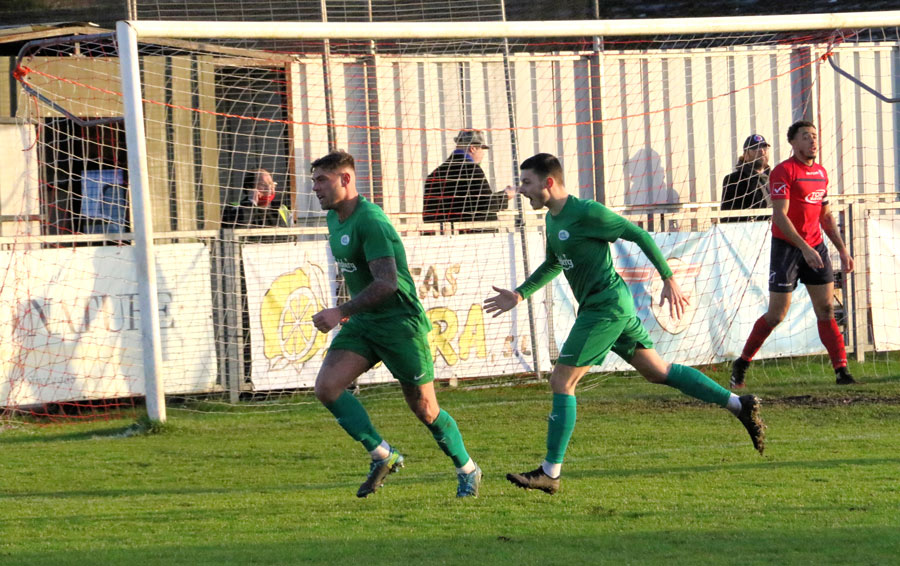 Jets joy for the early lead.

Jets kept pushing, and Putman’s next shot was tipped onto the crossbar, but this time Reece Cameron was on hand to thump home the rebound. 0-1 Jets.

Quick reply from Biggleswade and it’s 1-1.

Jets still went at the hosts, and more goals looked on, but a slack bit of attacking lost the ball and it was whipped down the slope for instant punishment 1-1, and it rocked Jets for a few minutes.

Stuart Atkins’s men then refound their form and stayed on top with their aggressive, attacking positioning and volume of runners across the pitch.

It was an all-out attack game and trying not to be biased, Jets did have the upper hand, but their big problem was five playing carrying injuries it was would they hold out, intensive work at the break kept them out there but the pitch was getting heavy, and it was could they last. 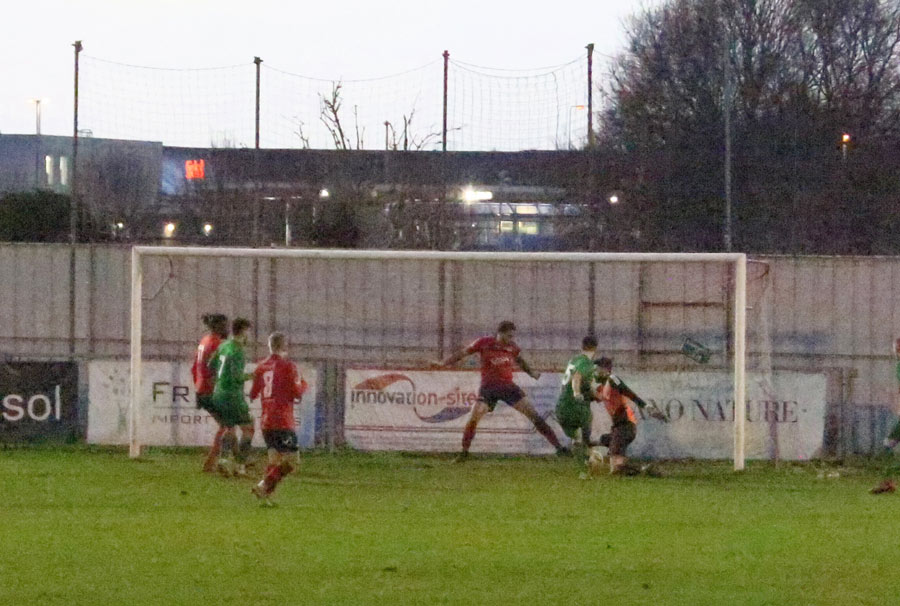 Joe Haidar grabs what proved to be the winner

Going with the slope now Jets were a little wasteful and chances went begging but then the breakthrough as new boy Joe Haidar got on the end of Bircham’s slider and 1-2 Jets. 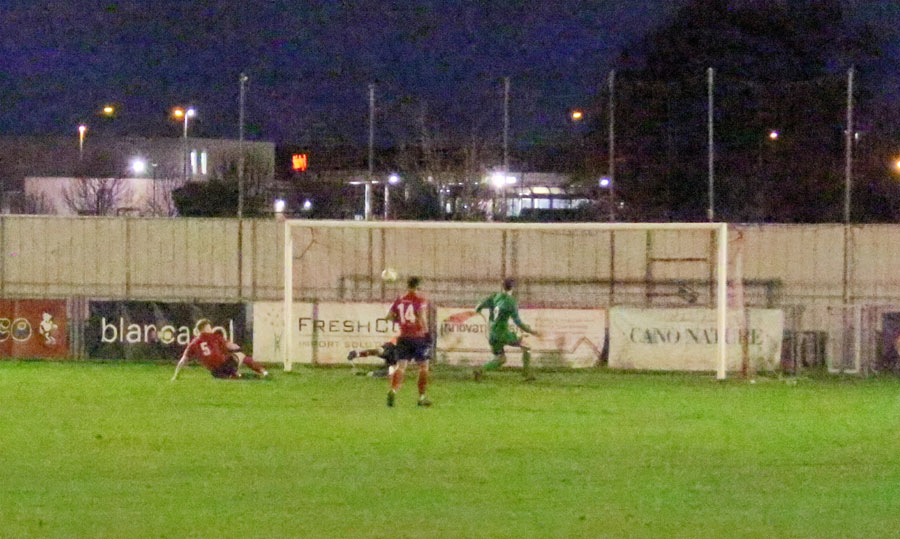 A big save denies Lewsi Putman from making it 3-1

Jets could and should have put the game to bed, but the keeper denied Putman on a 1:1 then the expected frantic period as the hosts came hunting, then GK Rob Partington showed why he amongst the best to deny Biggleswade with a brave safe if not one incredible save. 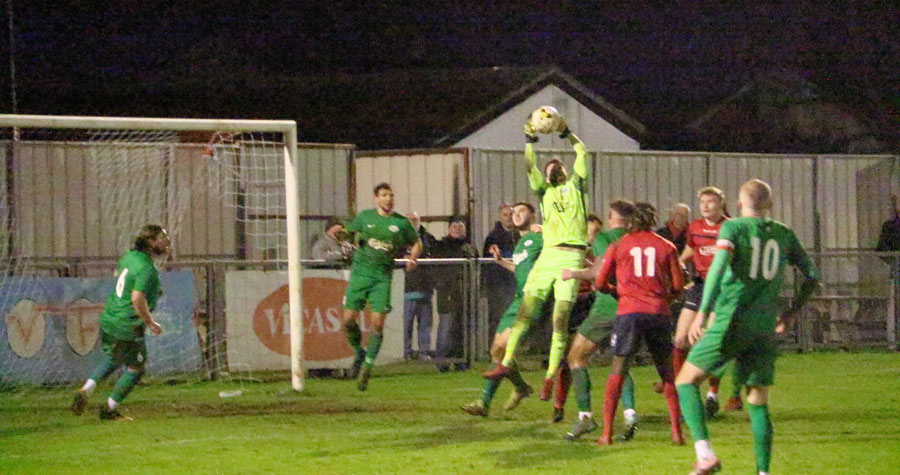 Rob Partington was superb when needed.

Jets fully deserved the win and up to second three points behind two games in hand so a perfect Christmas 🎄 present for the flying Jets who have not lost on the road this season at the Christmas gap and hold the biggest home league win record at this point. 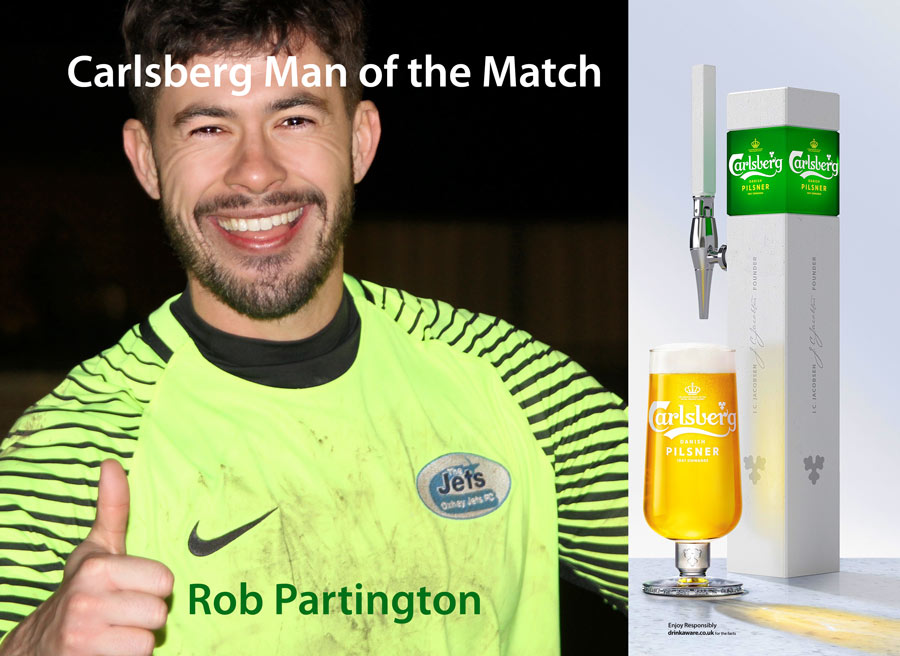 The staff refused to award a Man of the Match. They were keen to see it as the fantastic team and staff prep performance. It was, but luckily I get to hand out the sponsor’s Carlsberg bottle and not splitting the pitch lads at all it goes to Mr October himself GK Rob Partington, there right on queue when needed.

In closing, I would like to thank all the staff and players from the whole club for their contributions so far in this screwed up season, risking I know personal health also.

So for the last time in 2020 JETSsssssaaaaaaaaa ✈️