A Point Each In The Season Opener

Oxhey Jets and Tring Athletic both have their first point of the new Spartan South Midlands Premier Division season on the board after a tightly contested 1-1 draw last night. 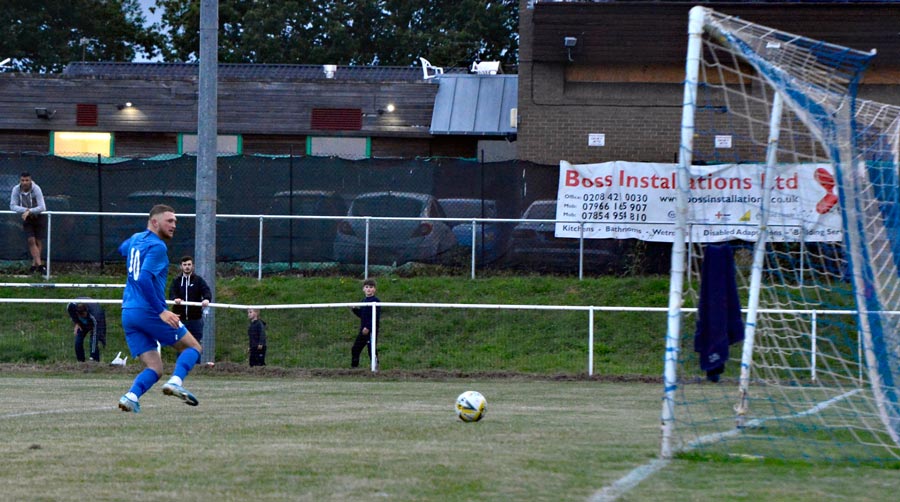 Louis Stead breaks through the Tring defence and slots Jets into the lead.

Hosts Jets, starting their 50th season, got their noses in front in the early stages of the second half when Louis Stead capitalised on a mistake to score his side’s first goal of the new campaign.

But a match that saw multiple chances at either end saw Tring equalise after 65 minutes through Tommy Twelves when he prodded past the advancing keeper after latching onto a pass through the Jets defence following a good build-up. 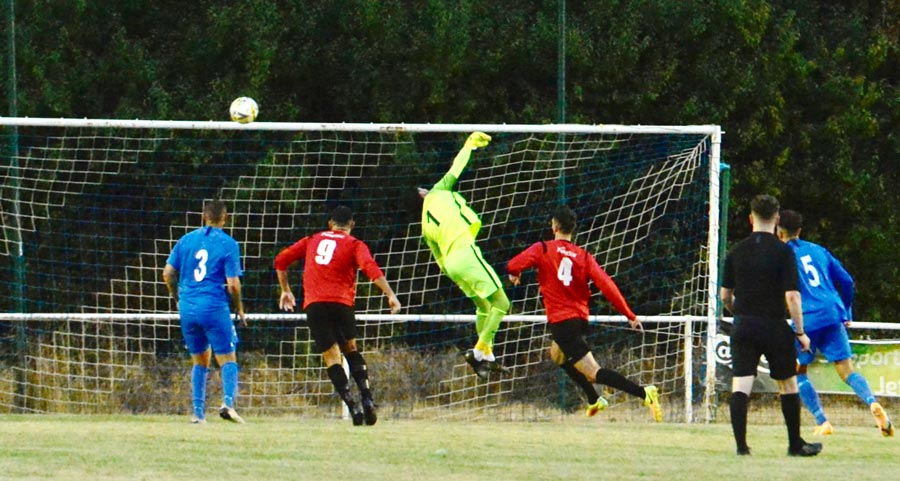 Great save from Rob Partington

One of the major talking points had come in the first half when Lewis Putman was held back by a defender, but the referee played on as he broke free, only for the Jets player to be brought down by the same player in the penalty area.

Instead of awarding a penalty, the referee went back to the original foul and the Athletic player received a yellow card. 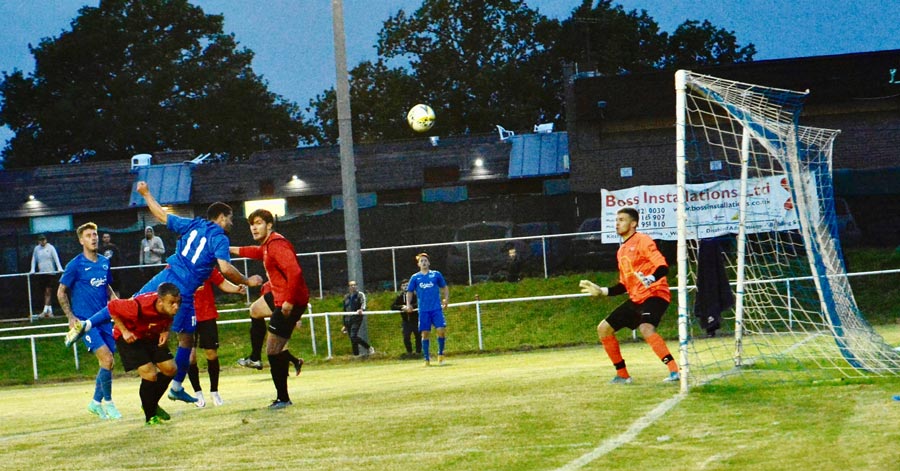 So close from Sean Giordmaina 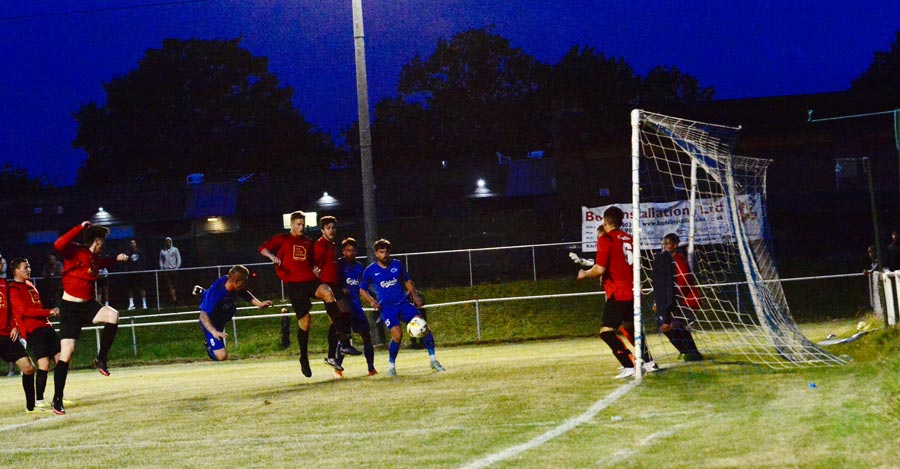 Brenners nearly had the winner but just wide 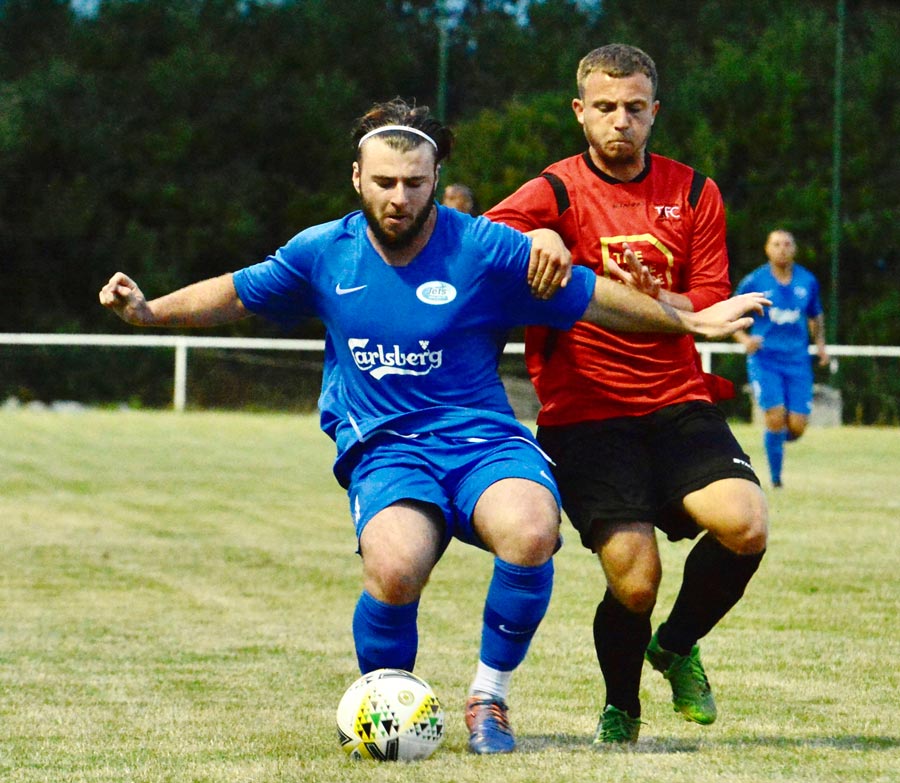 Charlie Hayford made his Jets debut 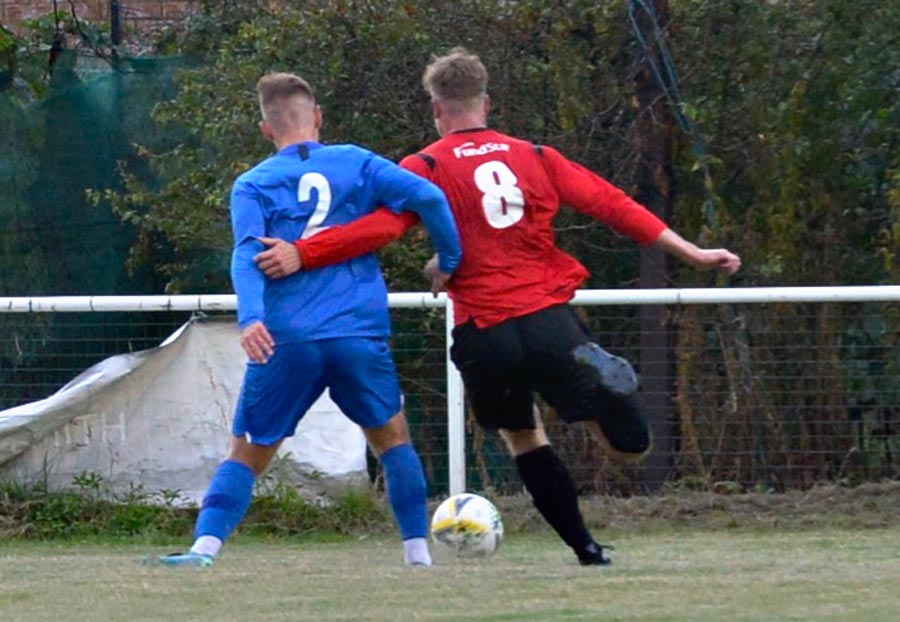 Welcome back Harry Beaumont – but does Lucy know about this?

Both sides now turn their attention to Saturday’s Extra Preliminary Round of the FA Cup.

Jets entertain Bitton at The Boundary Stadium, while Tring also have a home tie against Keynsham Town. 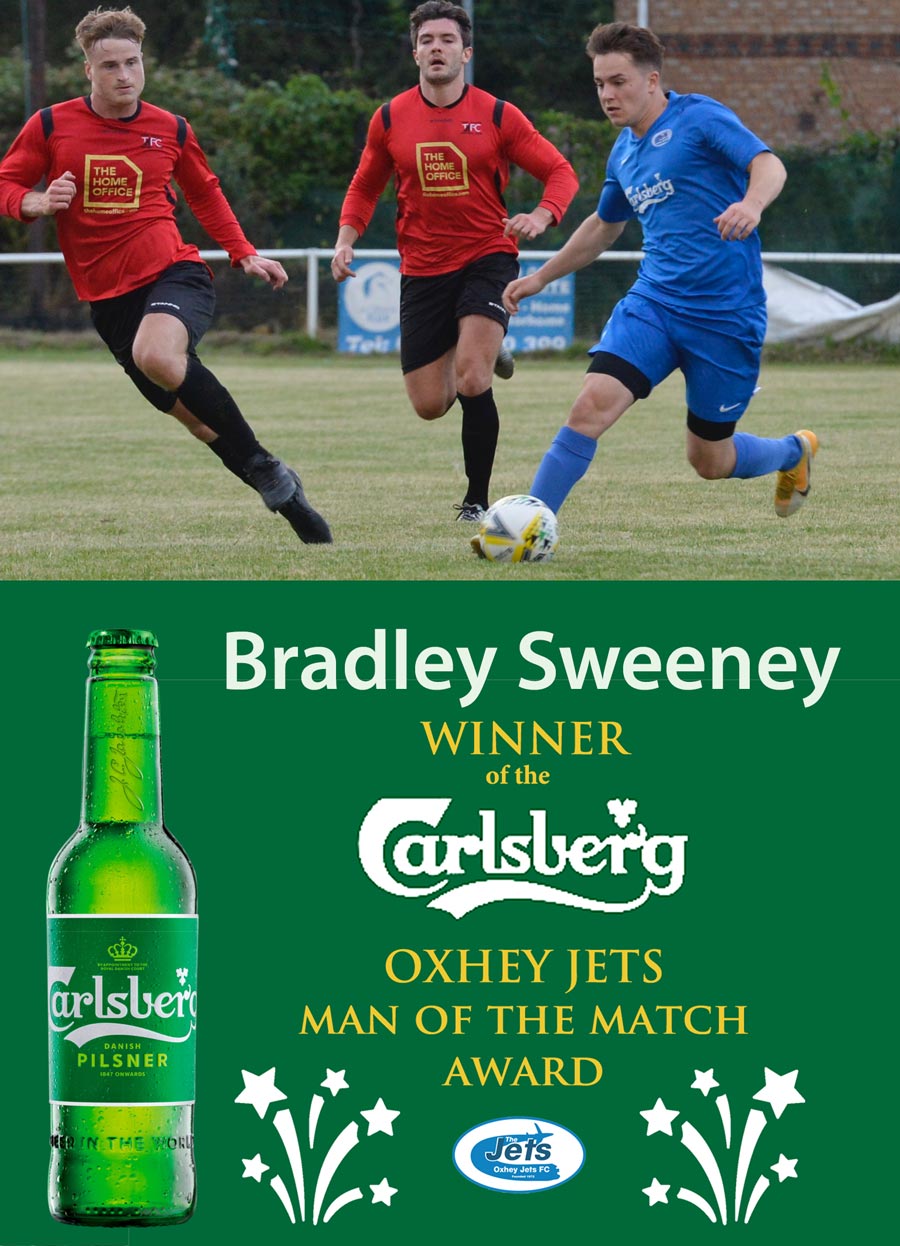