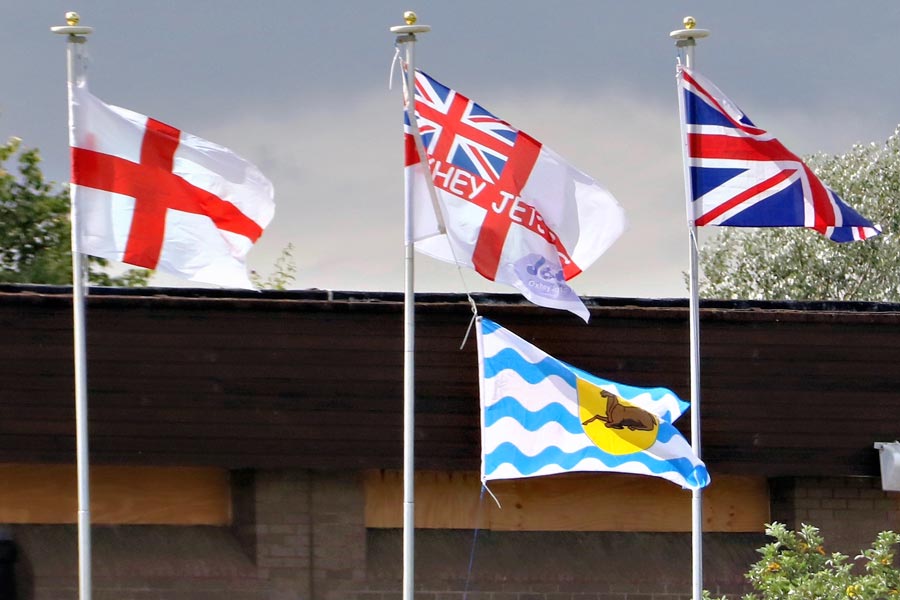 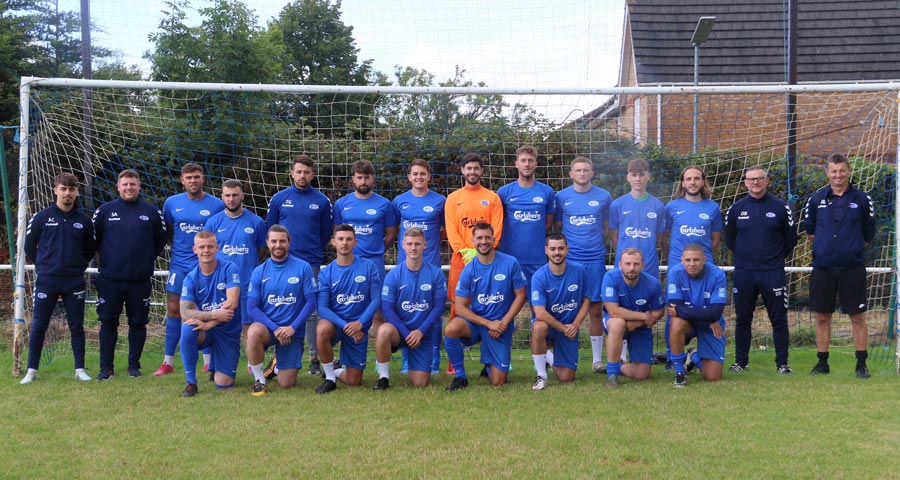 Jets stormed to a hard-fought FA Cup win at the Boundary Stadium over Bitton, who had reached the FA vase semi-final last season and the quarter-final the season before, so a big ask for Jets in this famous trophy in its 150th season.

Jets take the knee at the start of the FA Cup

The FA Cup must be the only cup you know you can’t win ( yet 😉 ), but you get so excited about every game, and today was no different.

The Jets stormed at their illustrious opponents and, in honesty, should have been out of sight at the break.

Stunning saves from the Bitton goalkeeper throughout the game.

The goal-scoring talisman Lewis Putman had opportunities and more than once was denied by stunning saves by the Bitton GK, one in particular through a crowded area would still be on repeat if it was on a BBC FA Cup programme.

It was not all Jets although they were on top territorially. Bitton had dangerous counters and, in goal, it was Rob Partington needing to be at his best with the saves in between trying to demolish the dugouts with his kicking. On three occasions Rob pulled off superb saves you were left wondering how this game could be goalless.

Jets thought they had the breakthrough when Lewis Putman controlled then converted, but the referee ruled a hand to cut short the celebrations. 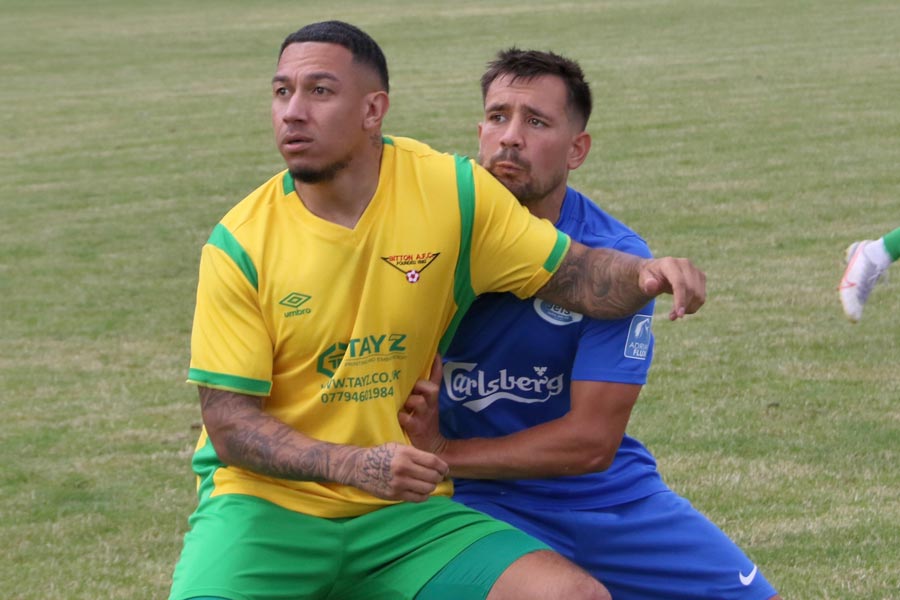 Jets defenders also had to be on top of the game against the dangerous counters, and Harry Beaumont, Tom Gibson, Phil Ifil and skipper Danny May were really in shut down mode. 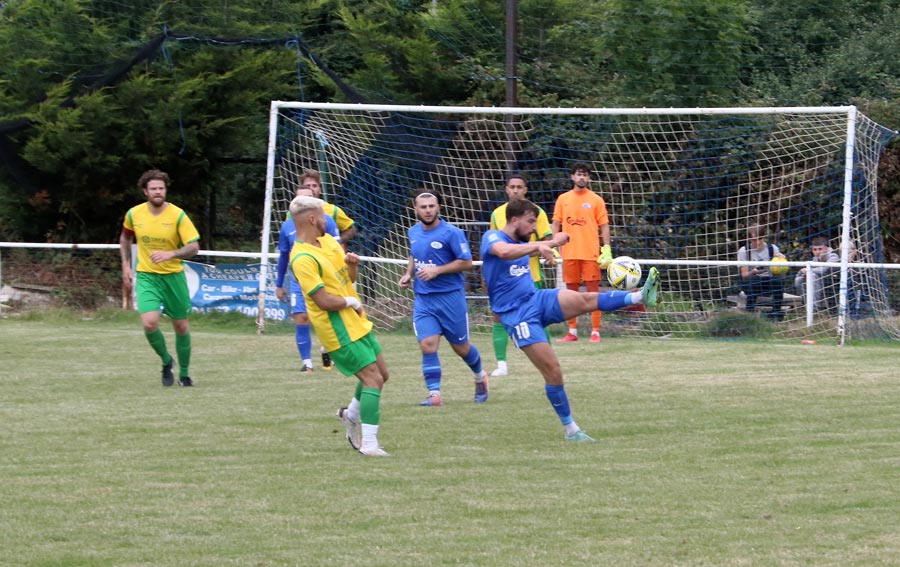 John Smith called in and did the job

Lewis Putman gives Jets the lead after Smith had been flattened

The chances came and went, then the breakthrough as the ball was crossed into the box and the referee spotted the energetic John Smith being flattened and Lewis Putman converted 1-0 (58 mins) 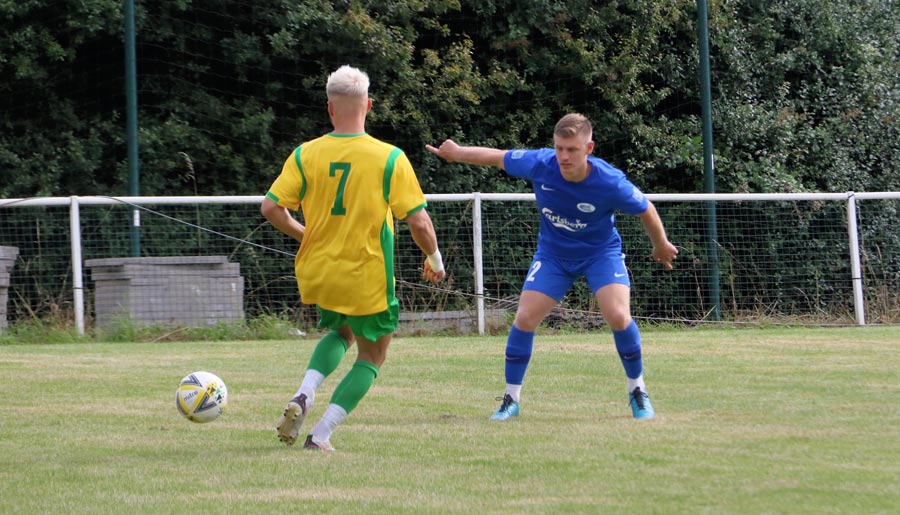 Jets went for the kill, but more and more Bitton got dangerous and Jets got forced back. Again Partington was more than on top form and the backline were there to contest everything. 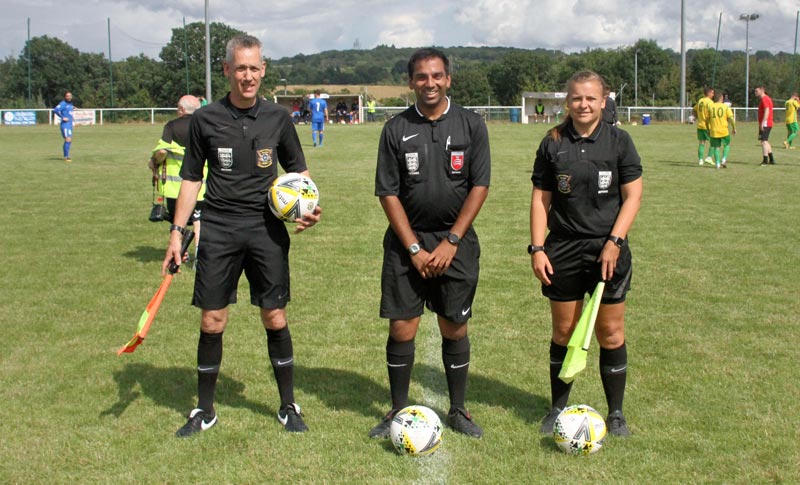 Good match for the officials

The referee was very busy with his cards. Both Jets cards were self-inflicted with dissent, but it was a bad day for Bitton with a member of staff plus five, I think, making it a miserable trip for them. 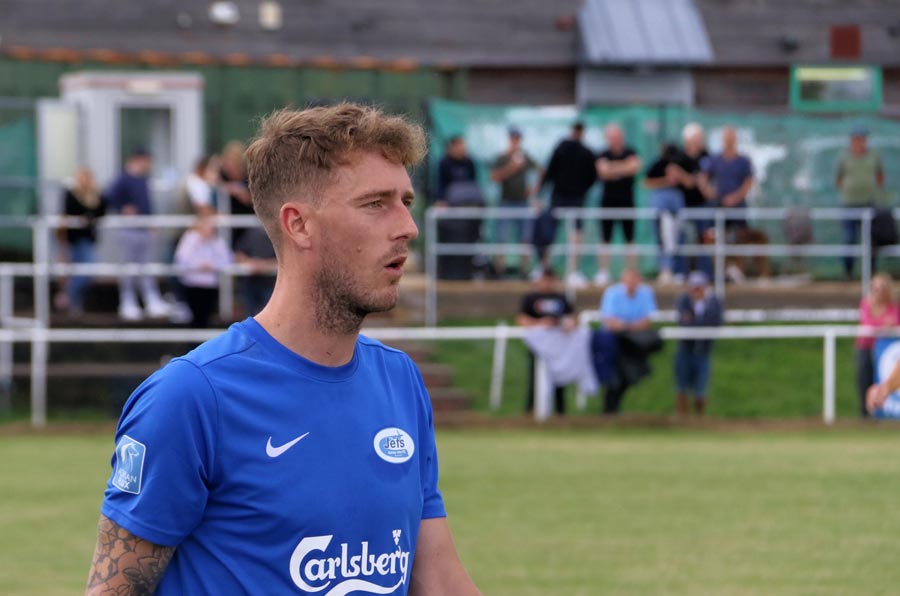 Putman then looked to have broken clear but was ruled offside. It was tight but looked in his own half, and Veo video will clear that up later, but no Lino has video, so offside it was, and the petulant ball stump cost him a yellow and a fine.

Deep into stoppage the game was wrapped up. It was the 1-1 or all over moments, and it was all over as Brennan mad a decisive through ball and Putman raced through and jink, jived and toyed with the defence and keeper before stroking into the net. It set off a roar not heard at the Boundary for some years.

Giant killers not quite, we are the same step level, but a big win it was. We now play step 4 Didcot Town at home in two weeks (21 August) as our reward, so another very tough fixture. 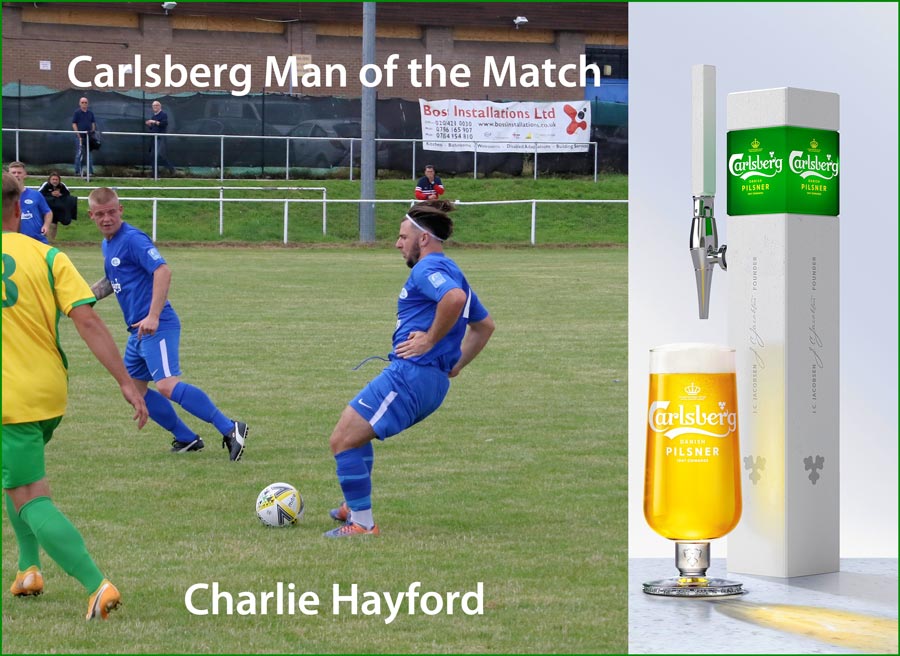 The Carlsberg Man of the Match was easy today, it was Charlie Hayford who was instrumental in the midfield creativity.