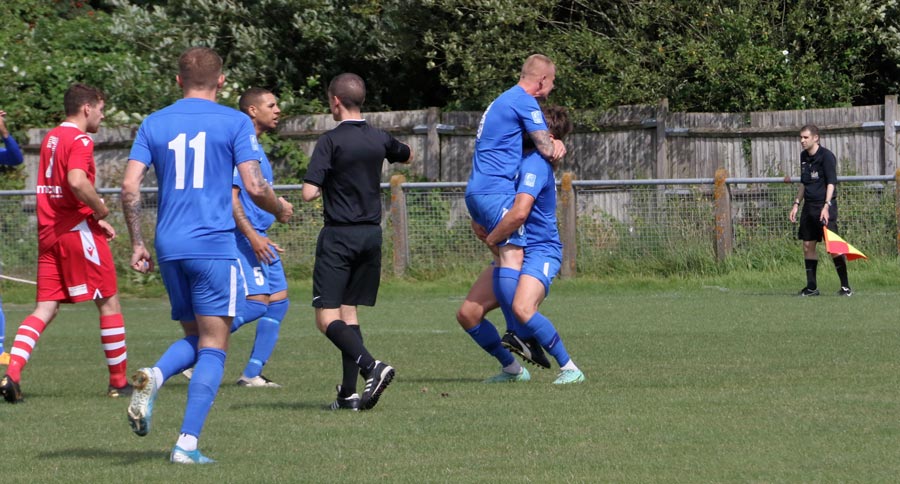 Jets gained three points on the road at Baldock Town. It wasn’t that convincing but it is the three points in the bag.

It really was a scrappy start and it didn’t look as if it was a comfy fit in places as Baldock gave equally as much as they took and at times on the break were more threatening than Jets who were a little static today.

Andy Brennan calmed Jets nerves with an excellent strike from the edge of the box on the quarter of an hour. 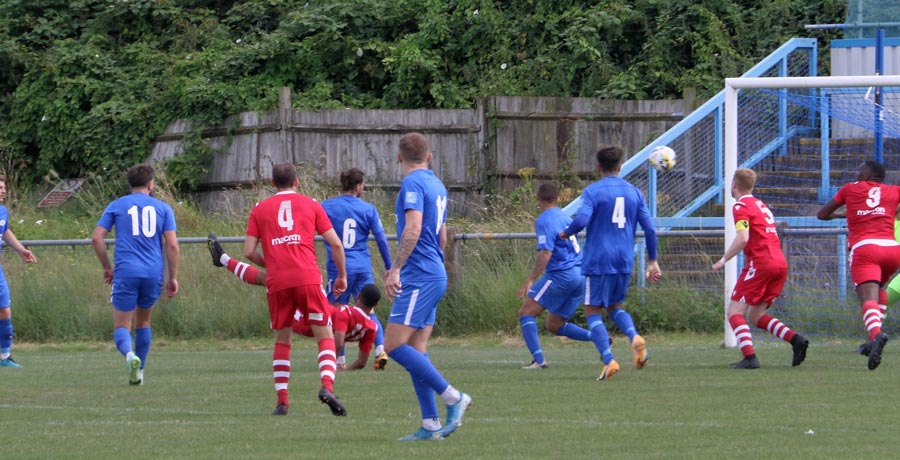 A superb overhead kick brings it back to 1-1.

Baldock then had their best spell, punishing the flanks, and it was no surprise when they pulled it back to 1-1. 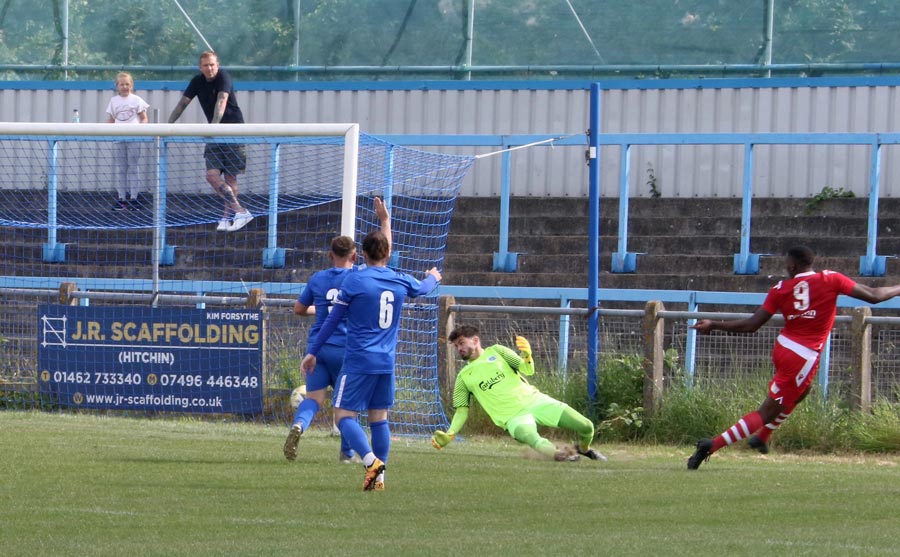 Jets could easily have gone behind with this Baldock finish, but were saved by the linesman’s flag.

Actually, Jets had a bit of an escape when they were saved by the linesman’s flag to deny Baldock the lead. 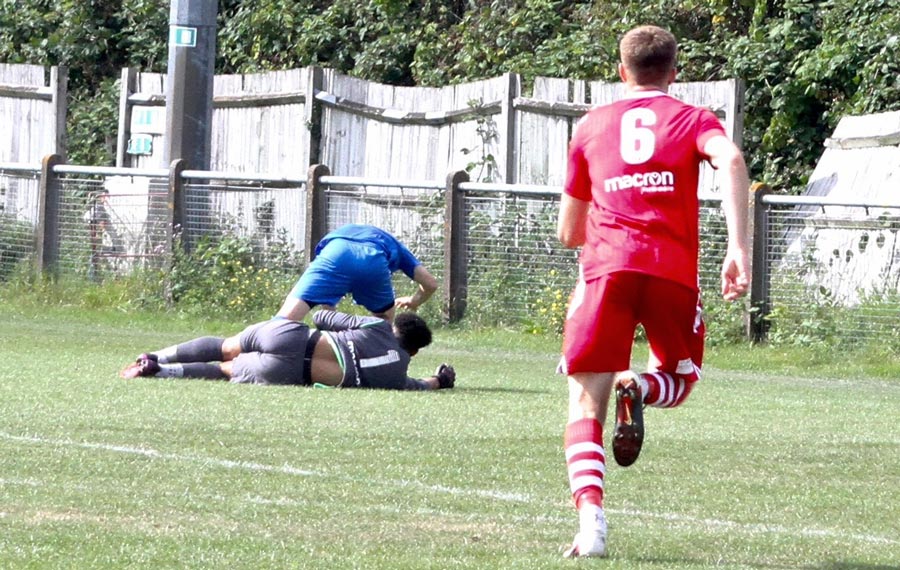 Brad Sweeney is flattened by the Baldock keeper.

Lewis Puman finds the corner with the penalty kick.

Jets sprung a counter and Bradley Sweeney pushed the ball past the keeper for an open goal but was tripped and Lewis Putman stepped up to slot the penalty 1-2 (41 mins). HT 1-2. 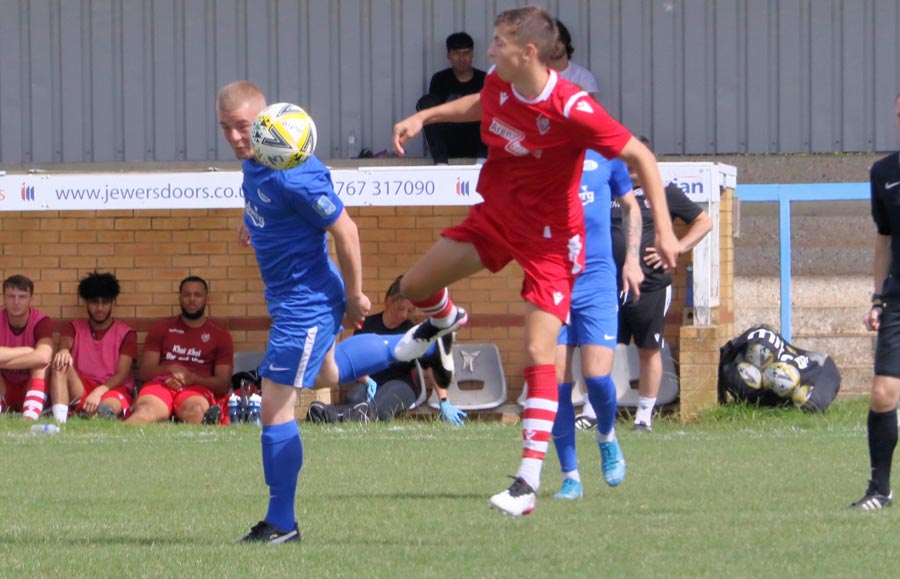 Andy Brennan was a powerhouse for Jets today.

Andy Brennan was Jets man of the match in the midfield, giving the battle and commitment that was needed to overcome the enthusiastic home side. 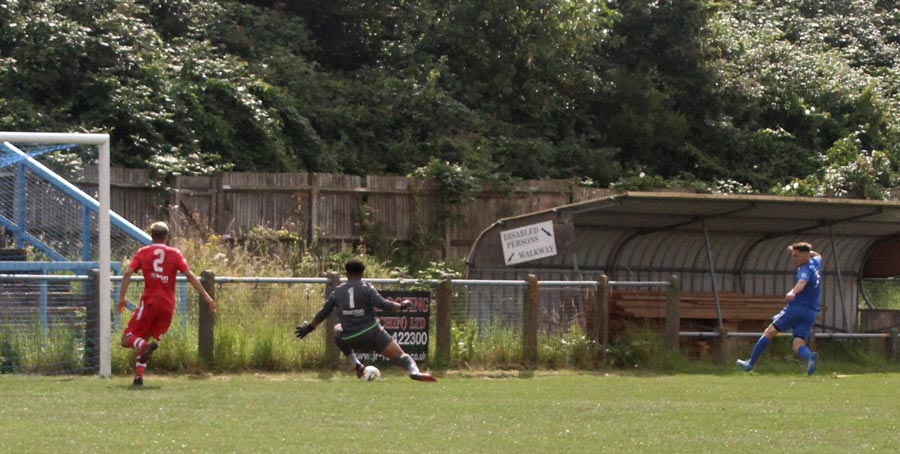 Enterprising Sweeney follows up from a very tight angle to score jets third.

Jets gave themselves some breathing space when Brad Sweeney had a good shot from the edge of the box that was saved and pushed wide, but he and he only ran after the ball now wide on the other side of the area to turn and strike past the keeper from the tightest of angles for a superb solo enterprise goal but was then mad enough to kick the corner flag out and get himself a silly yellow.

Brad Sweeney gets a yellow for kicking the corner flag out.

Baldock bounce back again and make it 2-3.

Baldock did not give up and again pegged Jets back at 2-3 and it got nervous again, and Jets escaped a big penalty appeal. 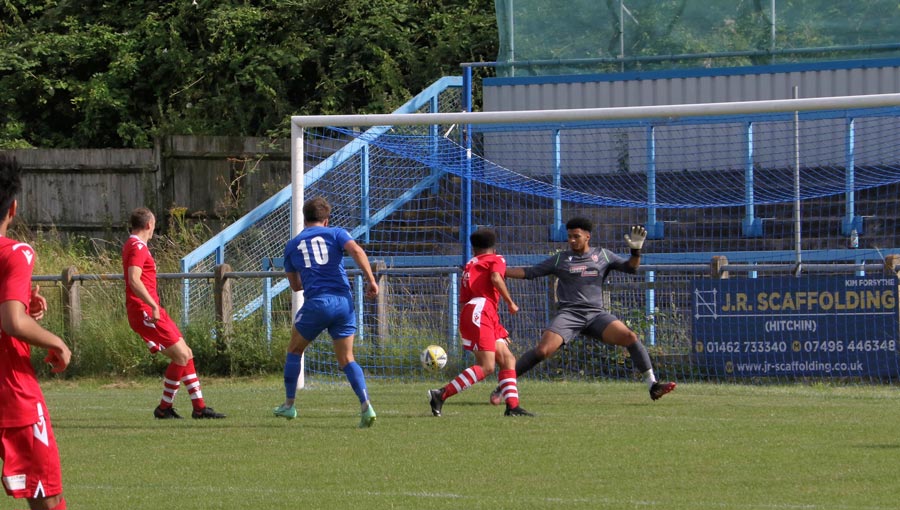 John Smith wraps it up with Jets fourth.

Substitute Louis Bircham, fresh from his holiday, played in John Smith for a nice finish and it looked all over at 2-4. Baldock did, however, then get a penalty but it was blazed high over the bar and Jets ran out 2-4 in a match that was far from impressive or comfortable. 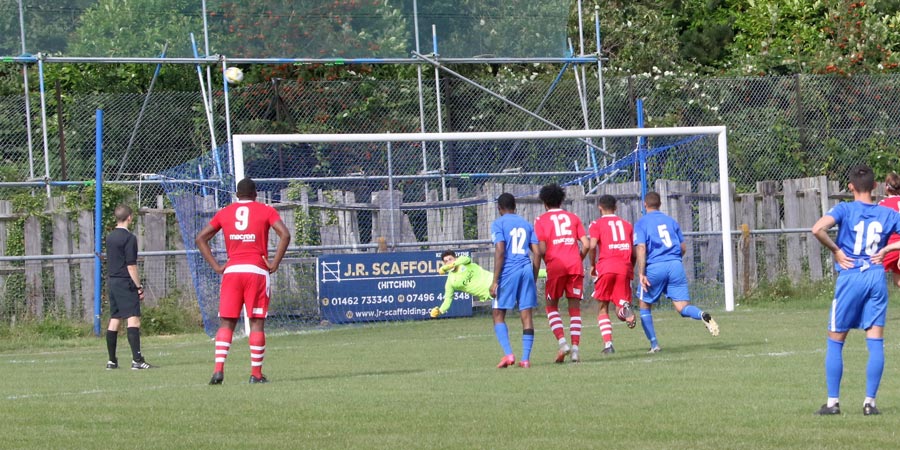 Baldoc’s chance to make it 3-4 is wasted as their penalty kick flies high over the bar.

The Carlsberg man of the match is Andy Brennan. 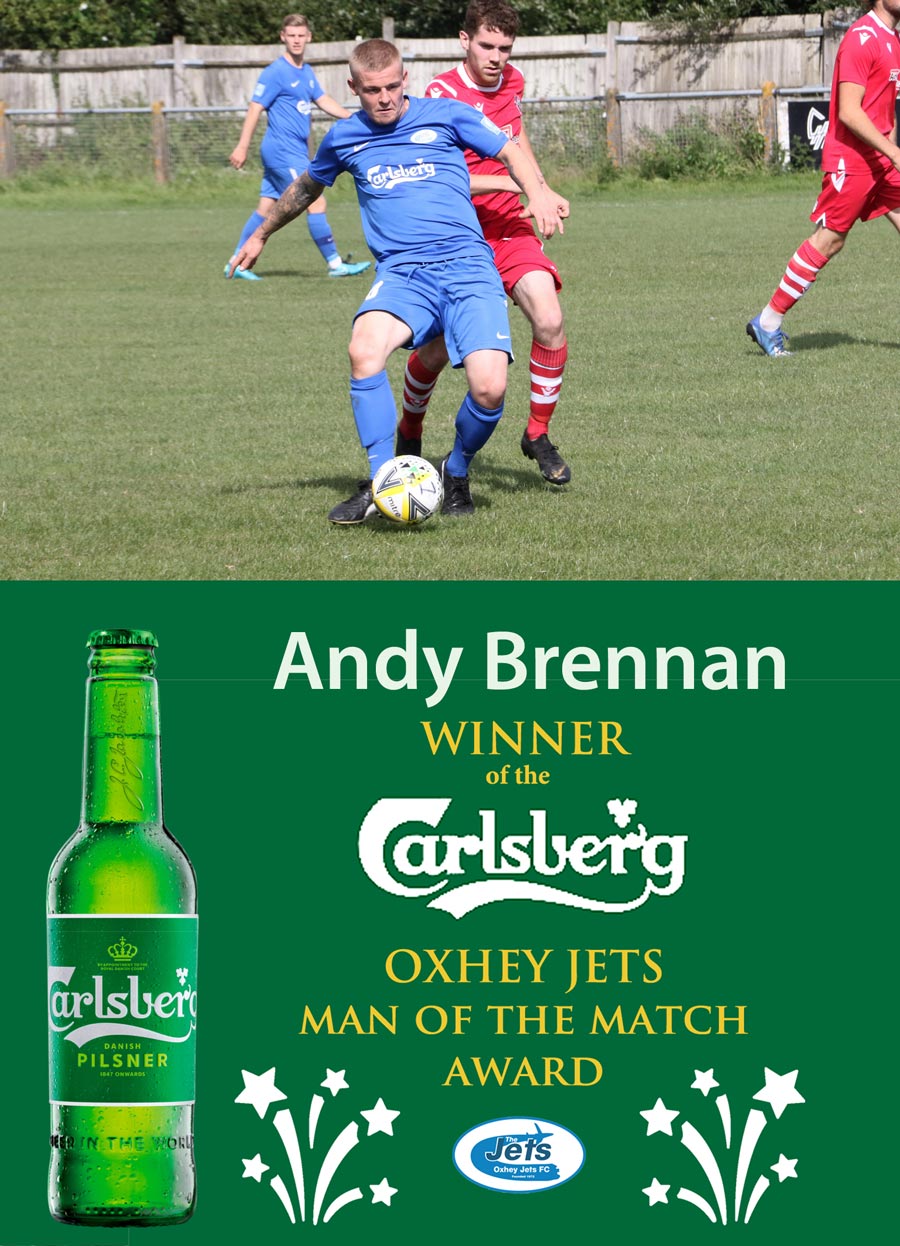