After establishing themselves in their first season, Jets added a second team in 1973-74, running an U-14 and an U-12 side. It was the younger team that gained the most successes; these being the Hemel Hempstead 6-a-side Champions, Belmont 5-a-side Champions and runners-up in the Kebble Cup to Bushey Rangers. The U-14 team finished as runners-up in the South West Herts League Challenge Cup.

In 1974-5 the Jets U14 side achieved a new goal record in their league, beating South Oxhey CA by 28-0, and continued building their reputation as giant killers with both the U-12’s and U-14’s pulling off big shock wins against Scorpions and Albion Rovers. 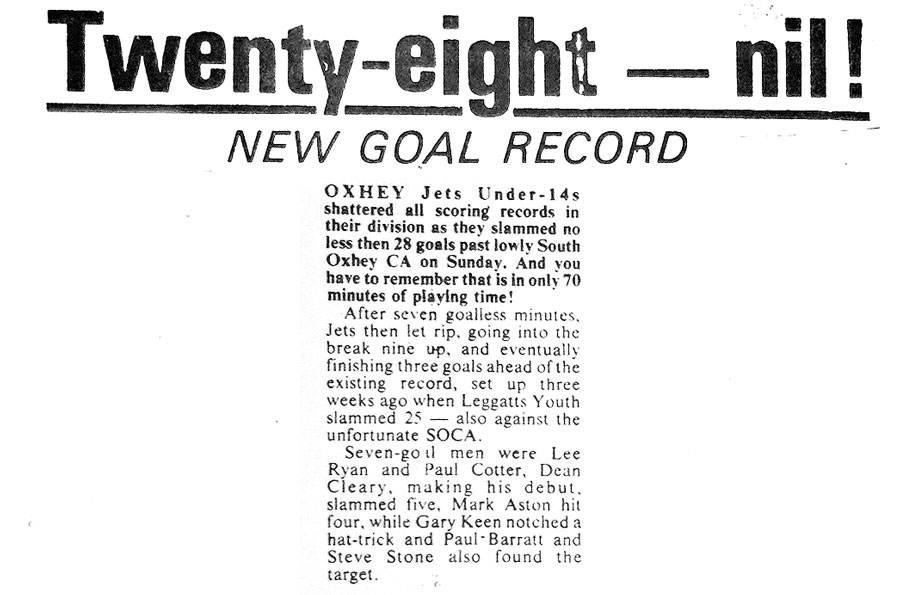 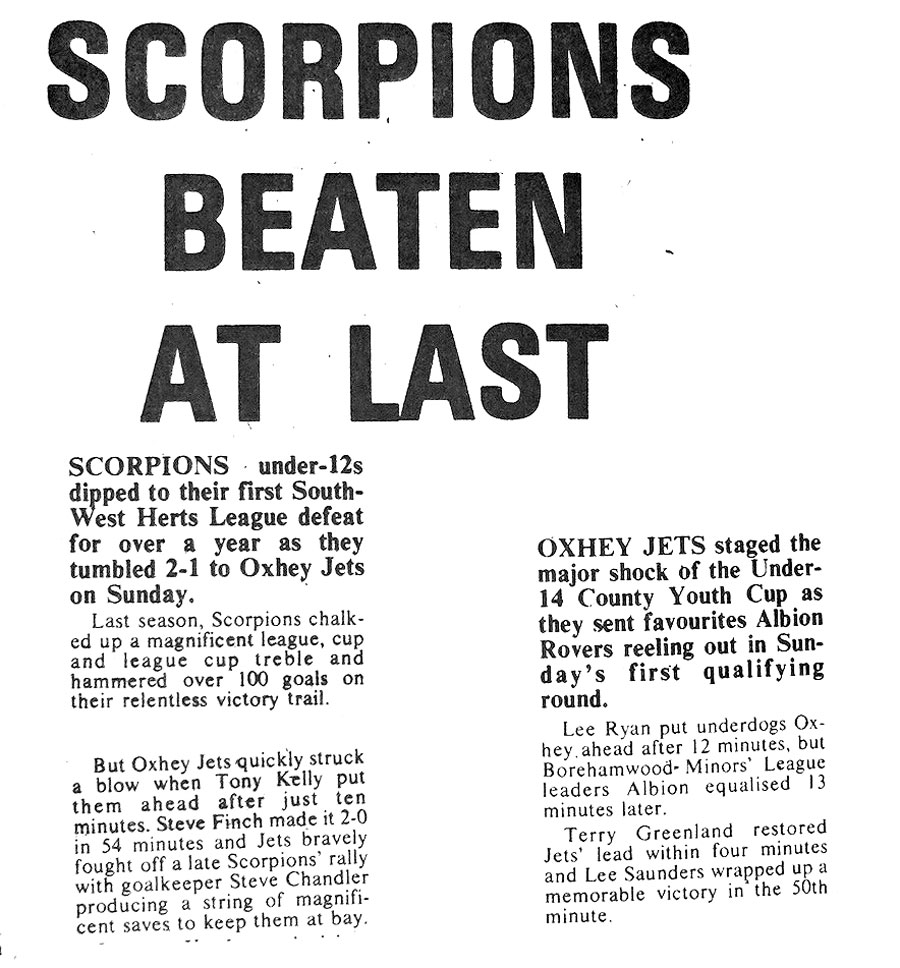 Through the 70’s Jets continued to add more youth sides as the original players got older, finally introducing a senior side in 1978-9. By that time Jets were running teams in all the age groups from U-12’s upwards.

With this growth came financial challenges but a very active fund raising effort and support from friends and helpers really helped. It was also the time that the Watford Rural Parish Council became involved with Jets, stepping in to provide a grant to enable the club to buy urgently needed equipment. That was the start of a relationship and a level of support from the Parish Council that has continued ever since.

Jets also had plenty of success, at various levels. In the 1975/6 season the Jets achieved their ambition of winning a league championship, and two came in the same year , as well as the U-16 team winning the National Association of Boys Clubs Westfield trophy. 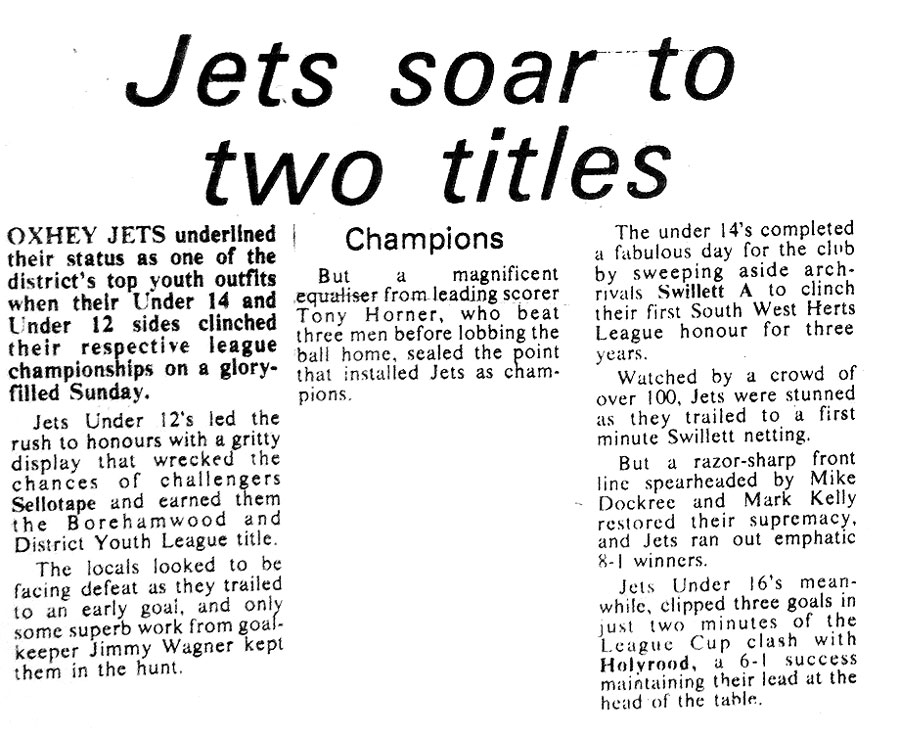 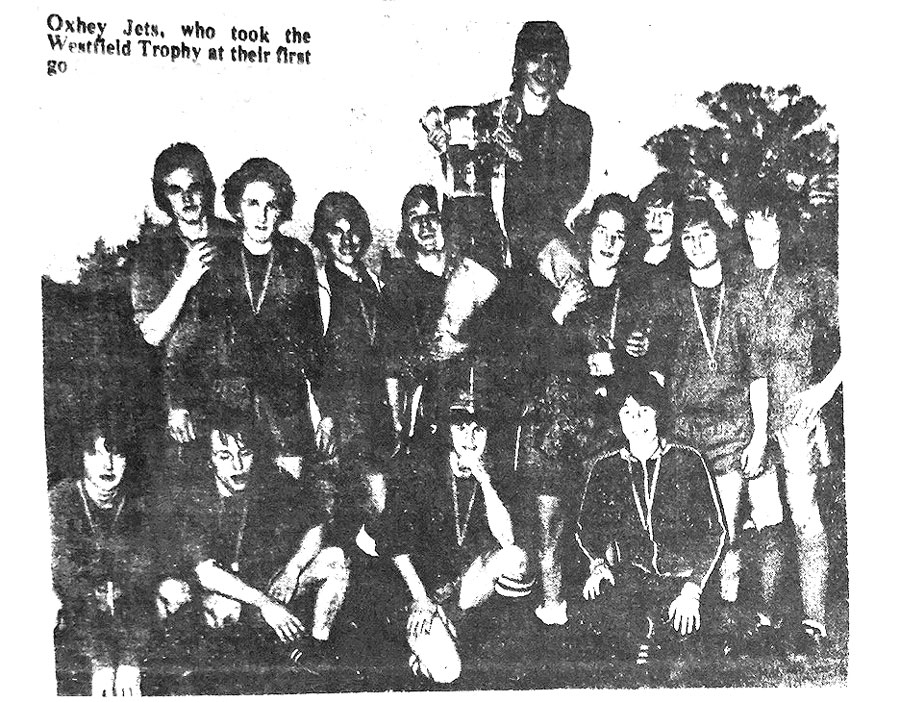 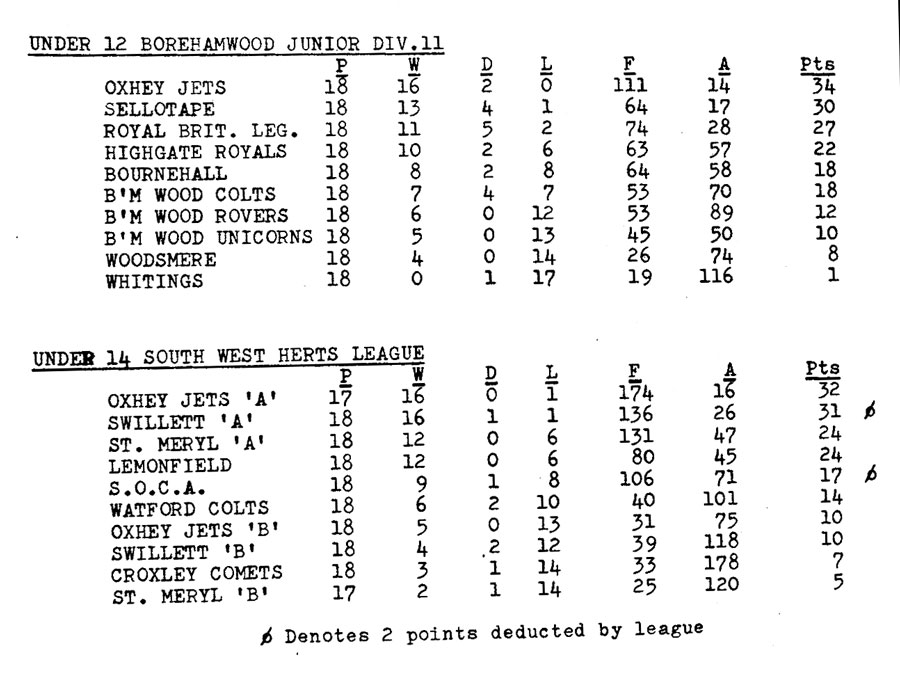 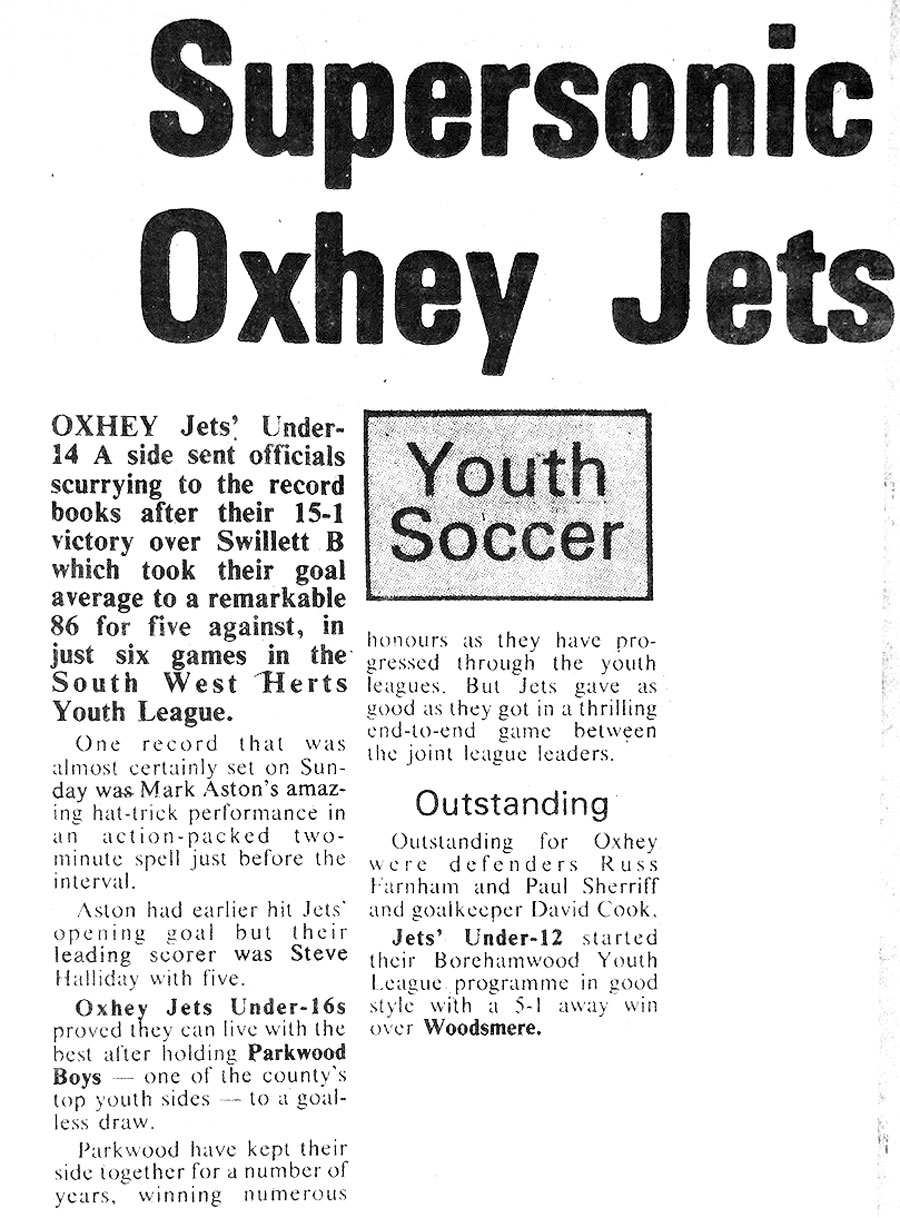 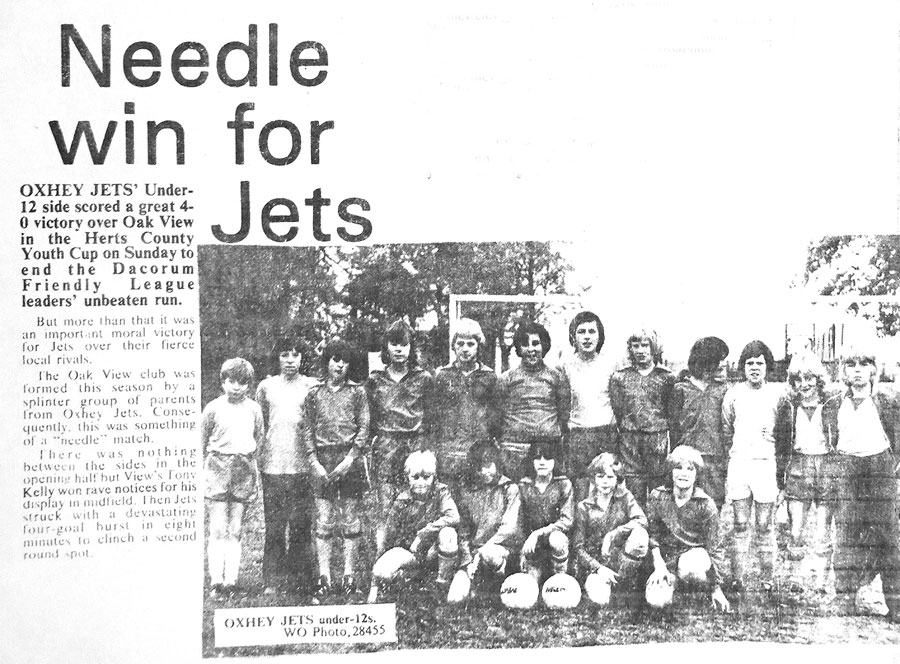 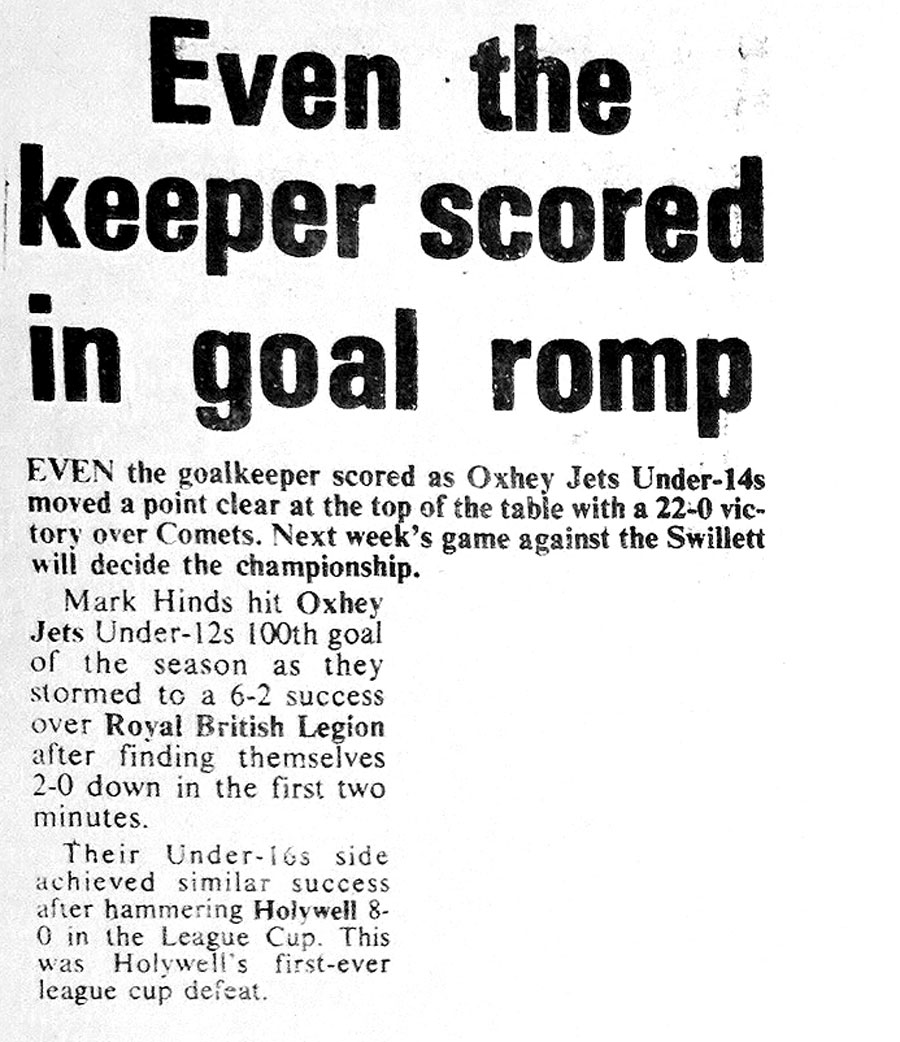 Well, if the 1975-6 season was a good one for Jets, then 1976-7 was even better with the club wining a total of 21 honours during the season including the South West Herts U-16 league championship. The U-16 team were in outstanding form, taking all before them. 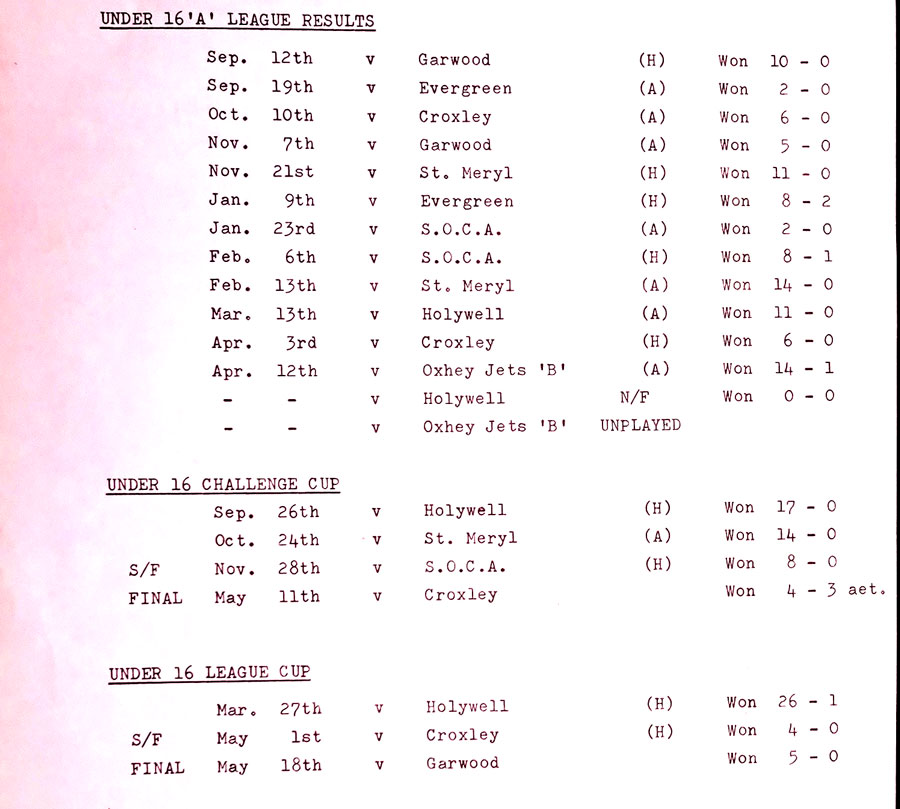 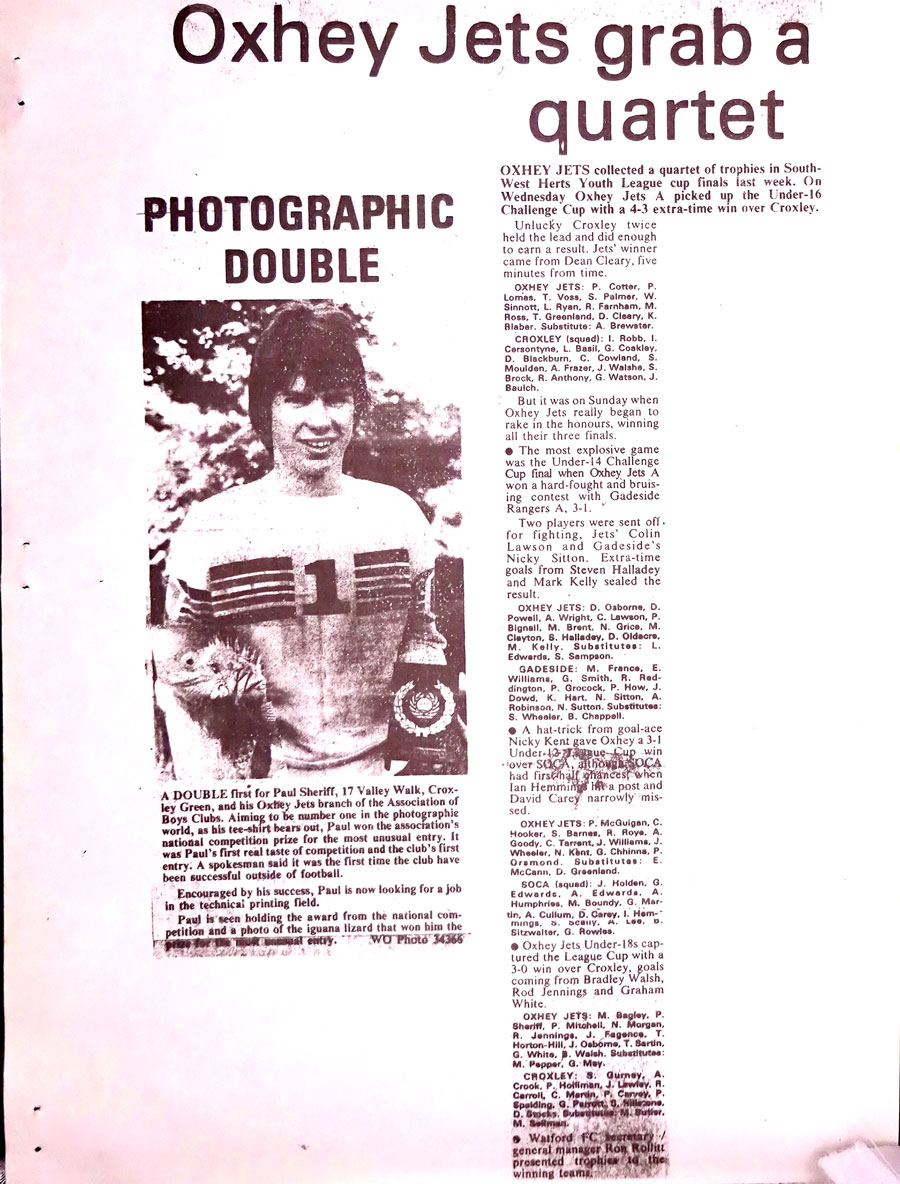 Jets oldest team, now in the South West Herts U-18 league, and described as the ‘babes’ in their class had an exceptional first season at this level, finishing as runners-up to Parkwood.

Jets leading goalscorer in the U-18’s team was Bradley Walsh with 17 goals from 22 (+5 sub apps) games. Bradley was also one of 5 Jets players selected for the league representative team, alongside M. Baguley, N. Morgan, R. Jennings and T. Horton-Hill. 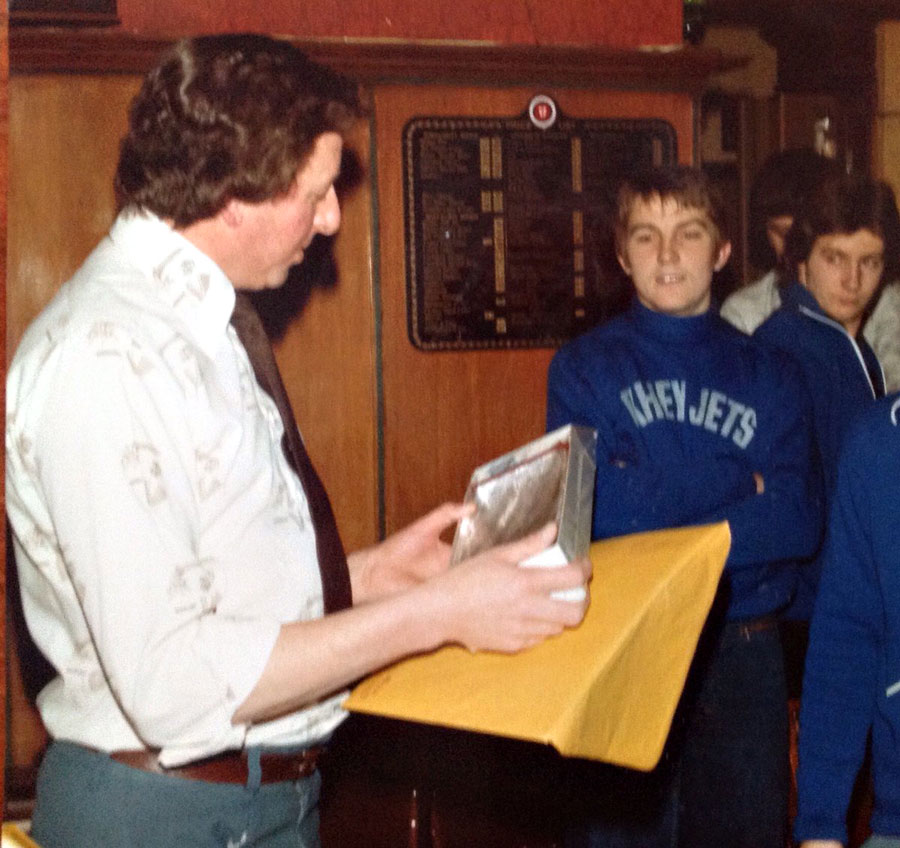 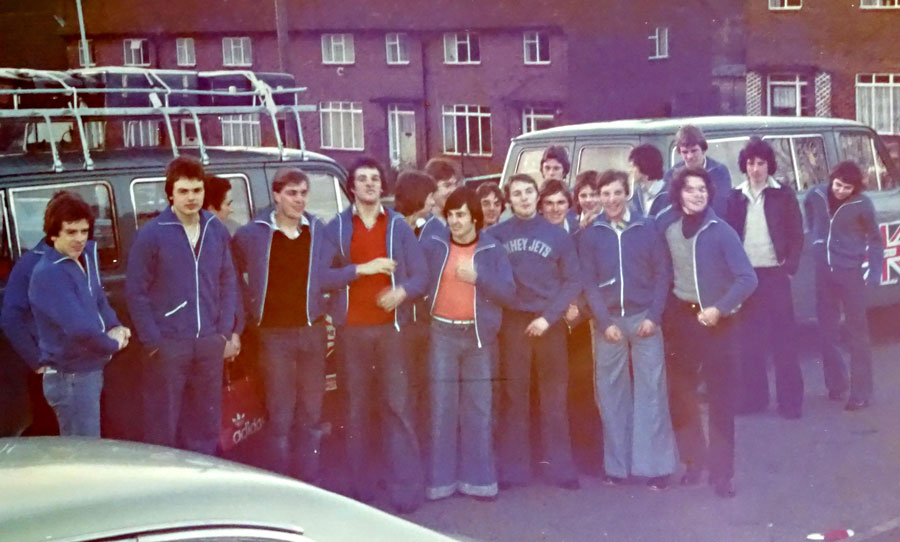 Jets get ready to leave for a tournament in Liverpool. Bradley Walsh is easy to spot, he’s the one wearing his tracksuit back to front.

Bradley’s time at Jets was a short one as he was quickly spotted by a Brentford scout and he signed for them. Unfortunately, injuries quickly ended Bradley’s football career, but that led Bradley to focus on his comedy and acting, and the rest is history!