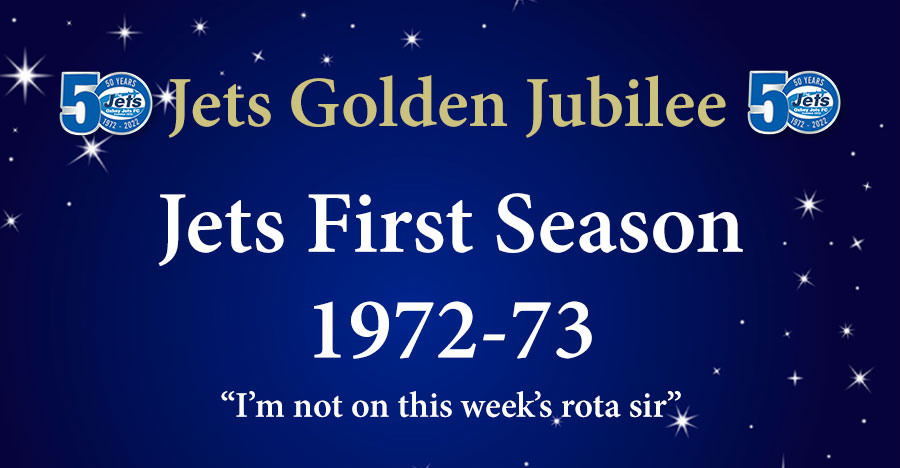 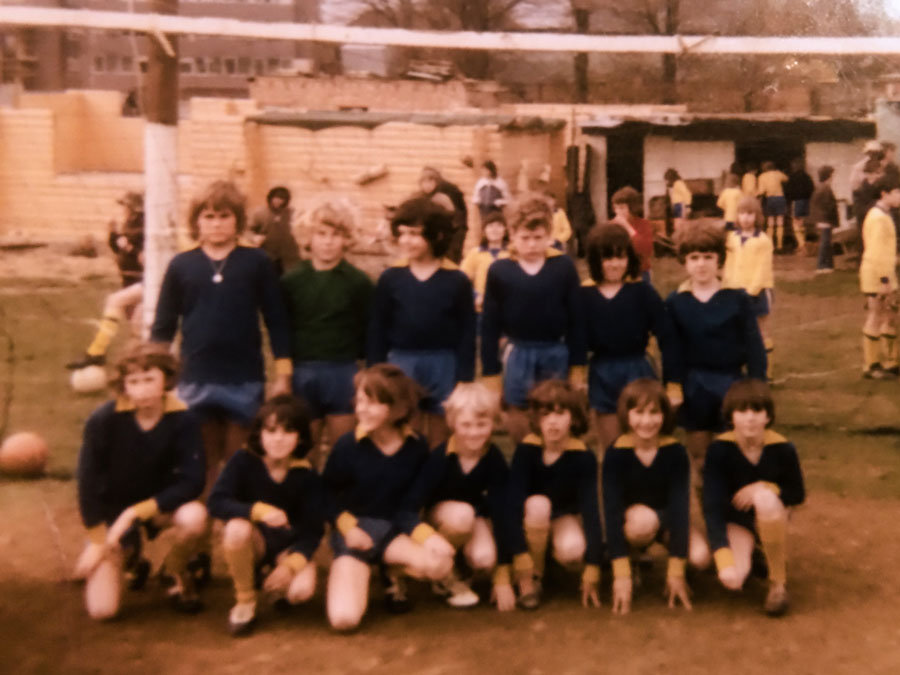 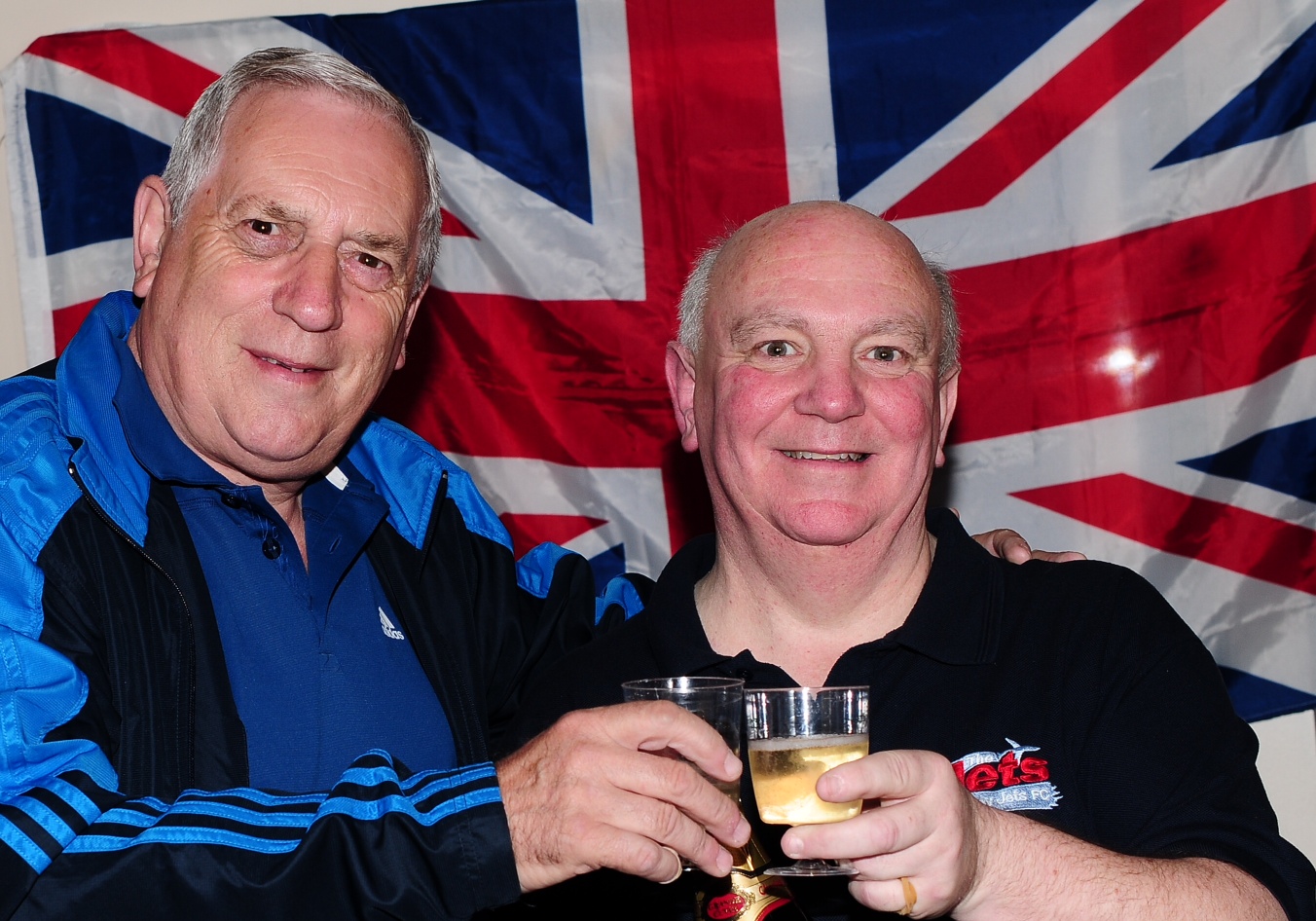 Dave Fuller and John Elliott: 50 years together in charge of Oxhey Jets

John Elliott and Dave Fuller have been running the club since day 1, with John as owner and general manager, and Dave providing all the financial and administration work needed. 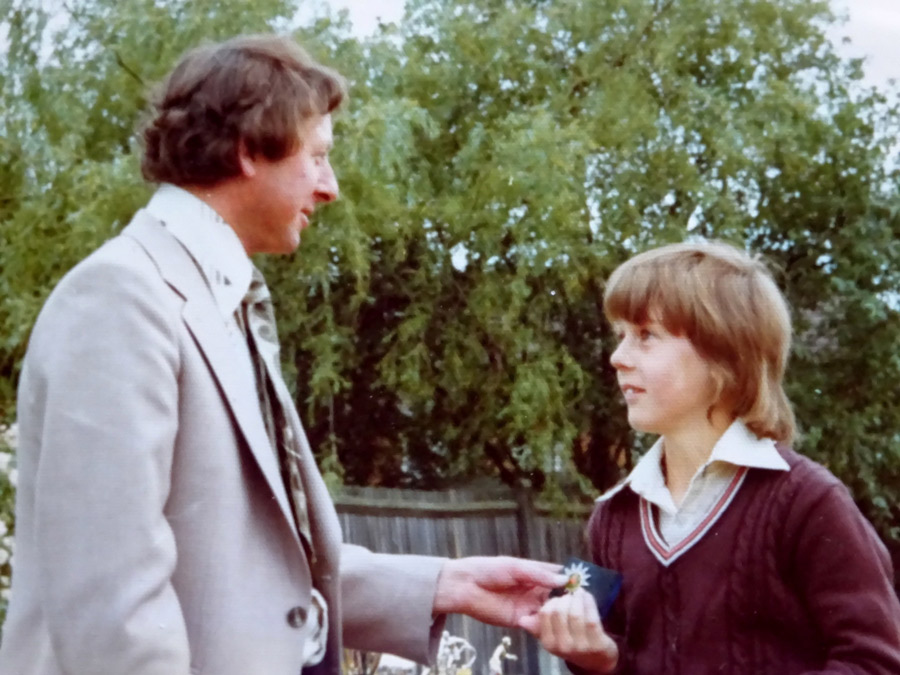 The other person still involved with the club from the beginning is Colin Lawson, and he actually played a decisive role in the formation of Oxhey Jets.  John Elliott had been running a successful youth team in the Boys Brigade that had the support of the local church. One day, however, the vicar bumped into Colin Lawson and asked why he had not been at church that Sunday. “It wasn’t my turn on John’s rota sir” was the reply. That was the end of that and John was looking for a new home for his team.

“The Oxhey Jets Football Club was formed at the start of July 1972 under the guiding hand of John Elliott. Affiliated to the South West Herts Divisional Youth F.A. we joined such well known teams as Holywell Boys and Parkwood Boys. As you will see from this account of our first year together we have not only gained a reputation within footballing circles but also on the Oxhey estate itself.

The first obstacle to overcome was to raise sufficient money to equip the team. Jets were given some great help with some initial funding from Dave and Lorna Mills, the landlords at the Jet pub, that got the Jets started, and funds were topped up with a jumble sale at the South Oxhey Baptist Church  on July 8th 1972.” 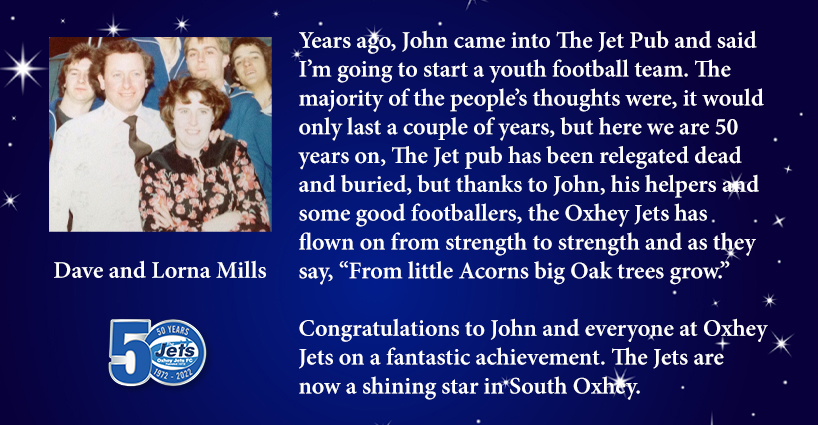 “It was agreed, by the governing body of the Club, that with effect from August 12th, members would pay 5p per week subscription. Unfortunately this was raised to 10p from week ending December 2nd 1972 in order to meet the high cost of hiring pitches and changing rooms etc.

In January 1973 the Club was registered under the Betting, Gaming and Lotteries Act in order that a weekly football lottery could be run using pre-printed tickets. At around the same time we started selling various novelties, bearing the Club name, and these like the football tickets proved extremely successful.” 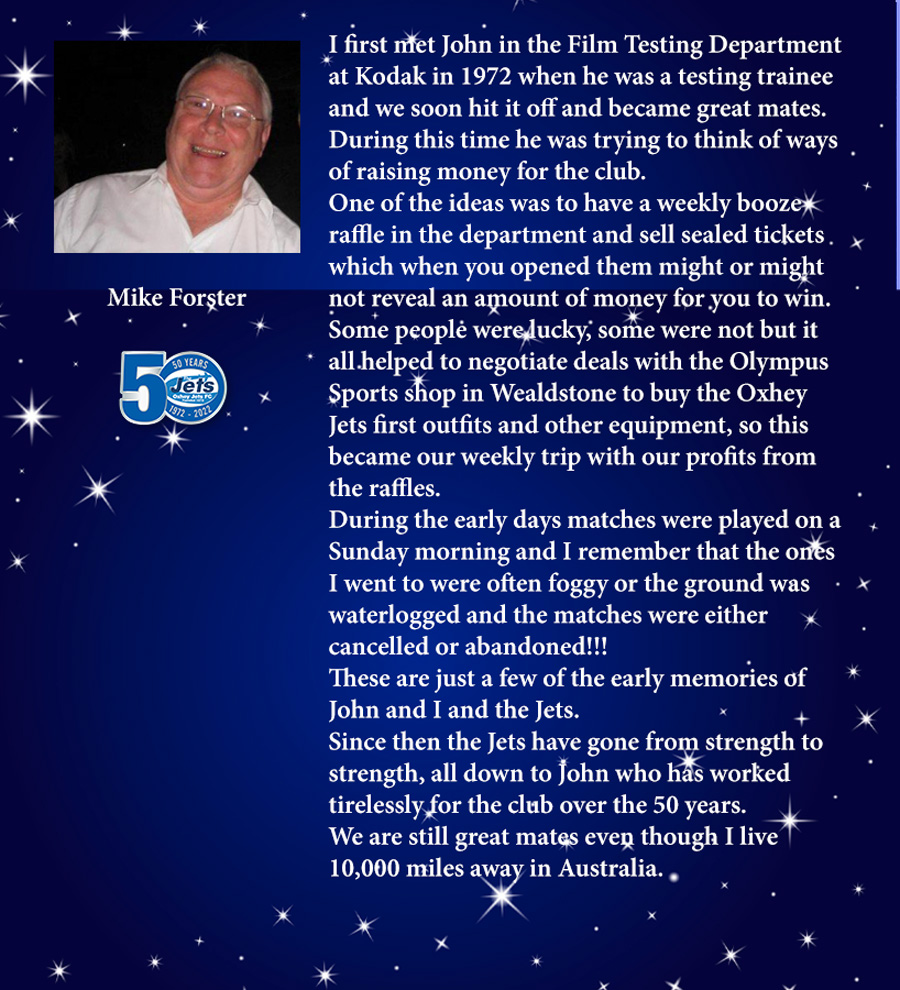 “During the course of the year the Club organised several coach outings to which were invited not only Club members, but also friends of the Club. The trips organised were: –

Other events organised during our first year were a Christmas party for the Club members and a Dance and social held at Hamilton Hall in Harrow at the end of the season during which the trophies won by team members were presented.” 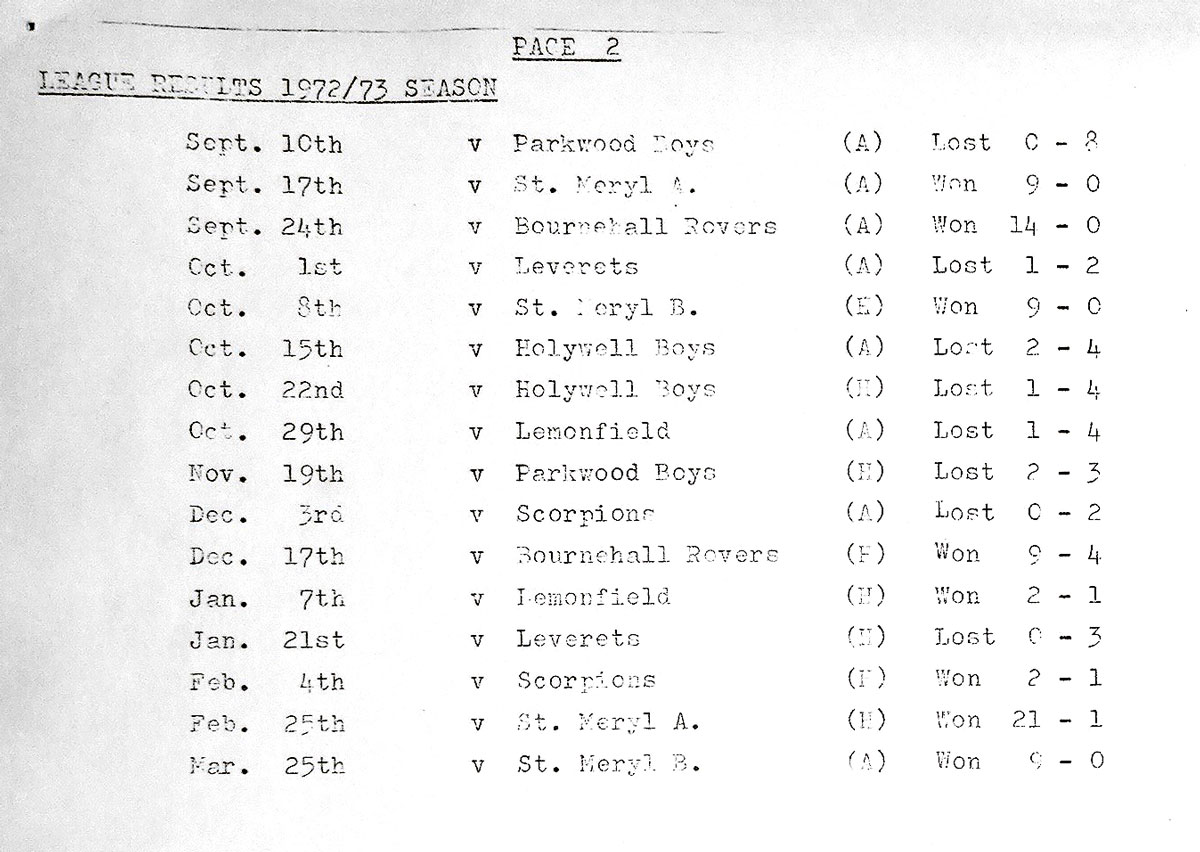 Jets first competitive game was away at Parkwood Boys, one of the strongest teams in the league, and Jets were well beaten 8-0. A week later, though, and Jets had their first victory at St Meryl, winning 9-0, and they followed up a week later with a 14-0 win over Bournehall Rovers.

Although not quite at the level of the top teams in the league, Parkwood Boys, Leveret and Holywell Boys, Jets had a good season and established themselves at this level. They also won the South West Herts U-12 Charity Cup! In winning the cup they had three shock wins against the big three.

Jets beat Holywell Boys 5-2 in the quarter-final, a match were John Elliott had to go to hospital after his celebrations! 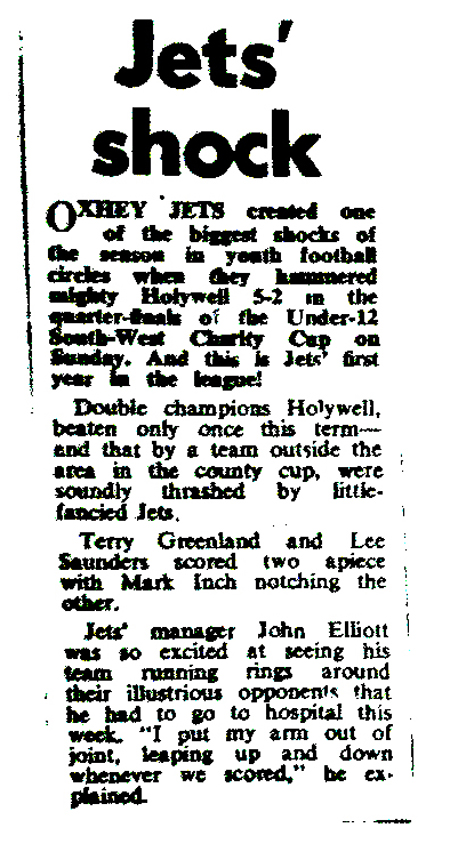 Then came another shock win in the semi-final, a 4-2 win over Leverets, Jets scoring three goals in the last seven minutes for a come from behind victory. 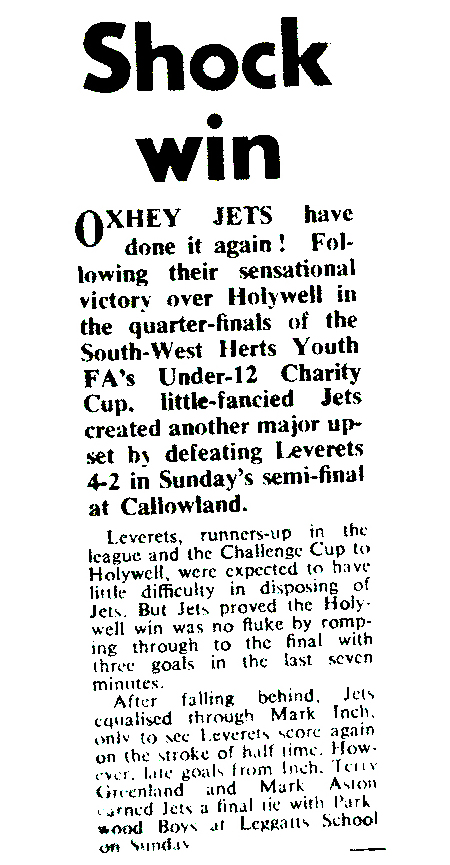 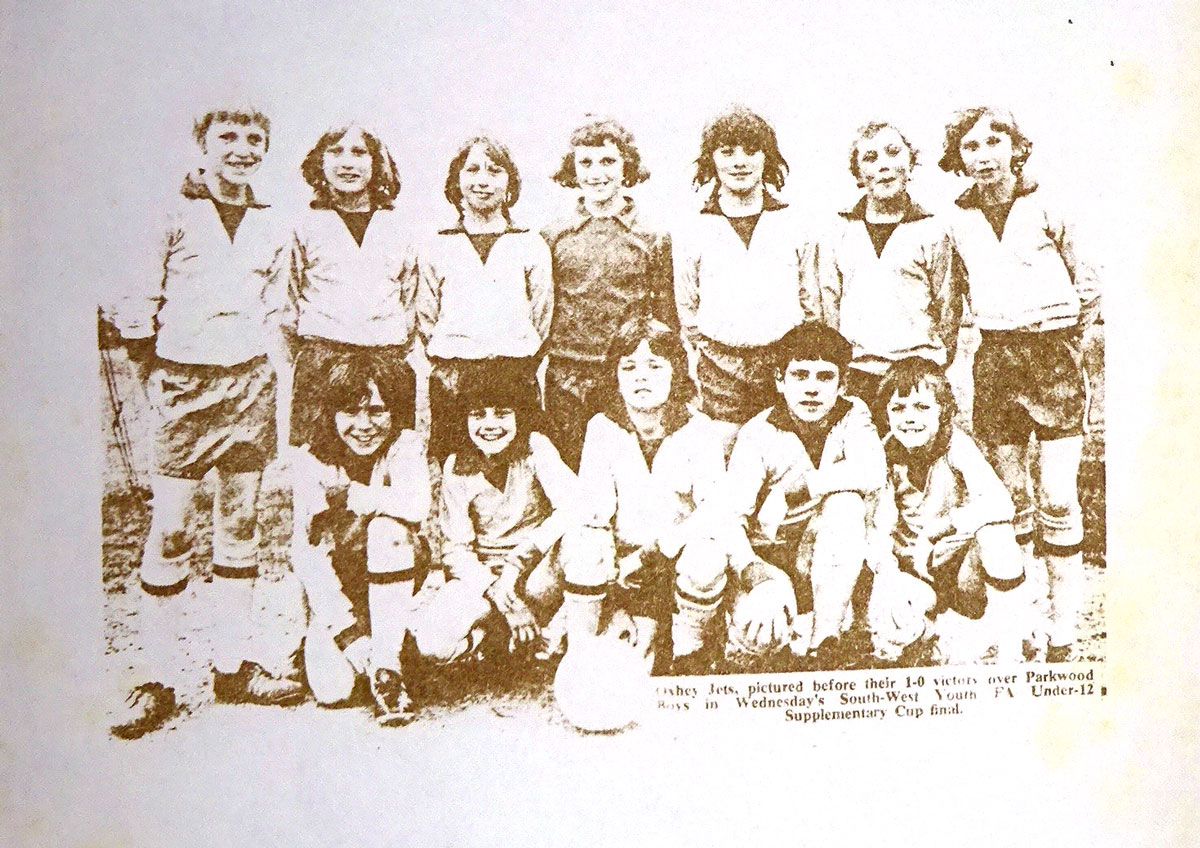 Onto the final against Parkwood Boys. Parkwood took an early lead, but Terry Greenland levelled it before half-time. Parkwood went 2-1 in front with just 12 minutes left to play but Lee Saunders pulled it back to 2-2 with five minutes to go. Onto extra time and Jets snatched the lead with another Greenland goal and looked to have won the game until, in the dying seconds of the match, Parkwood snatched an equaliser. The replay was played the following day and, in a tight game, Jets won the cup with a 1-0 victory. (Jets winning team shown at the top).

So, a great first season for Jets, with two trophies, a respectable league campaign and a growing club, even attracting transfers in from other clubs.

Top scorer was Terry Greenland with 38 league and cup goals, D. Stanley was the Player of the Year, and Mark Aston was the Star Player (most Man of the match awards). 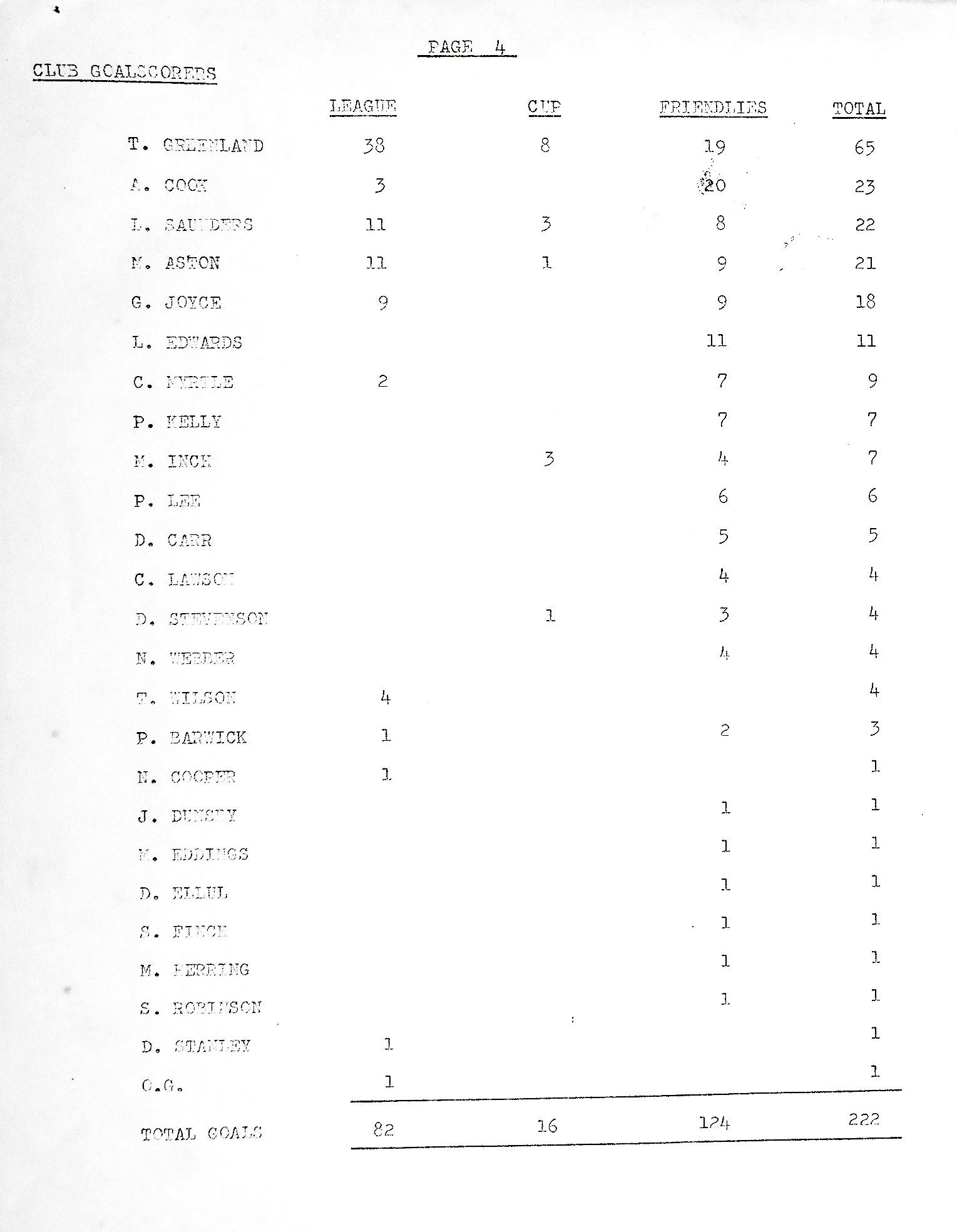 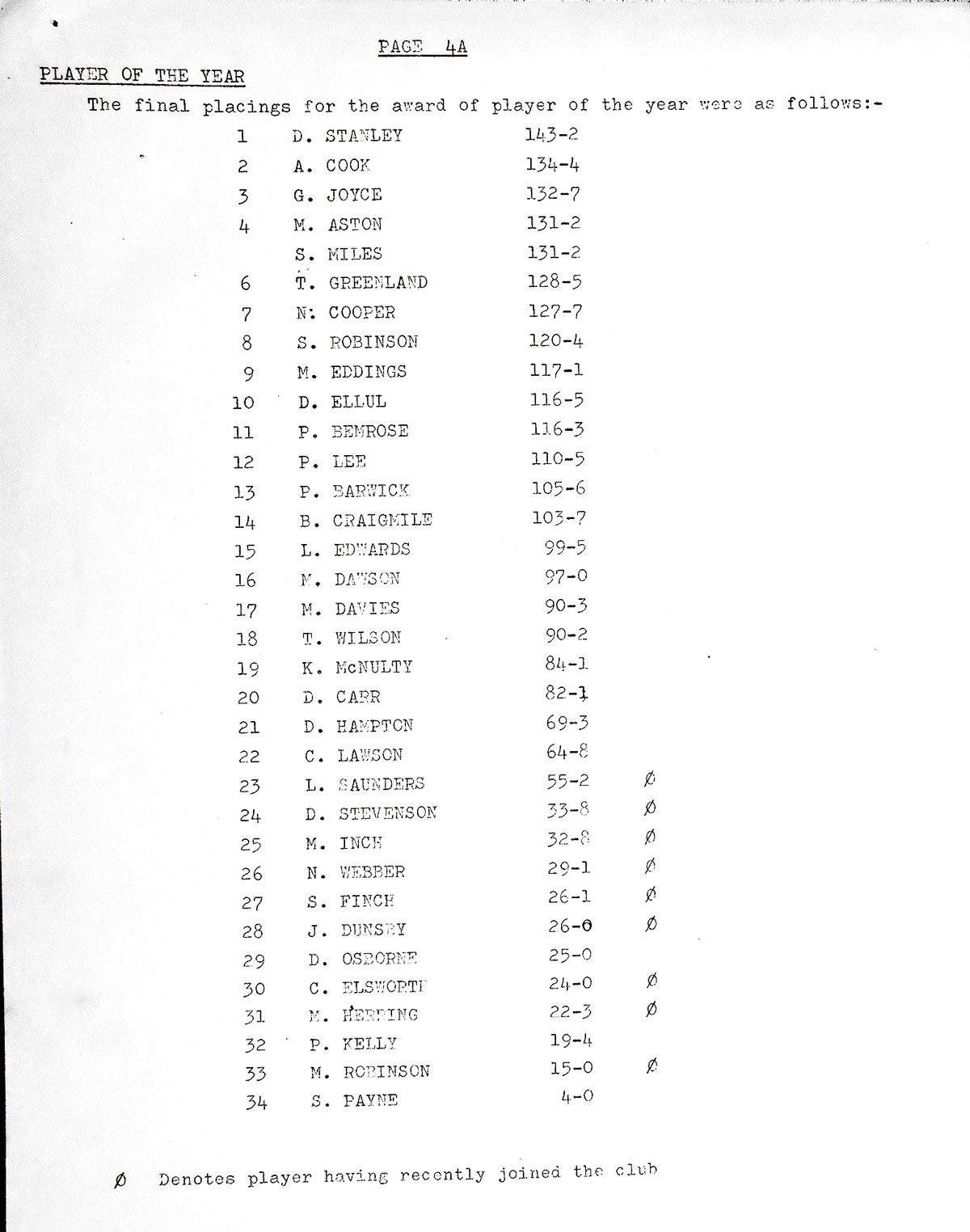 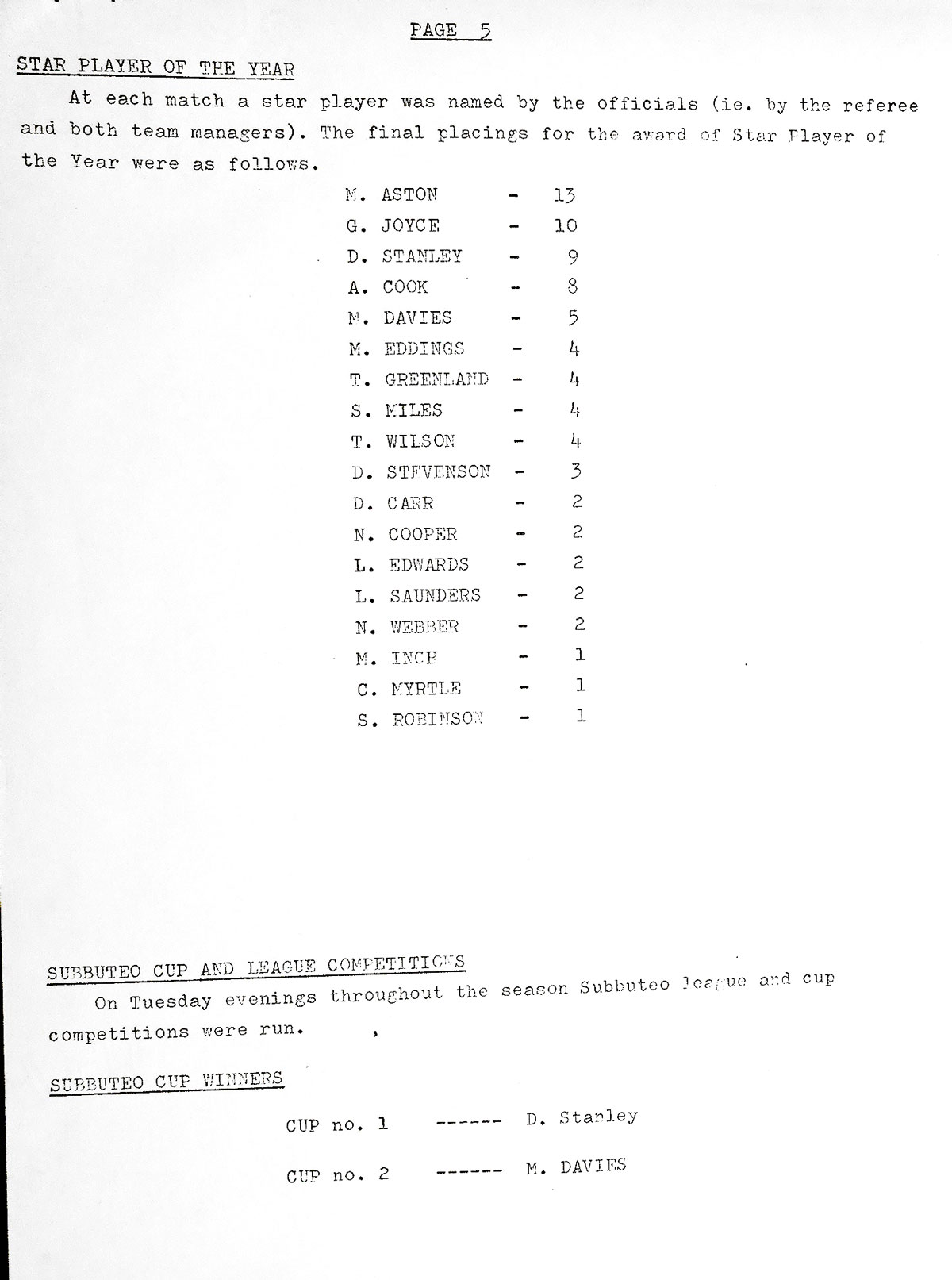 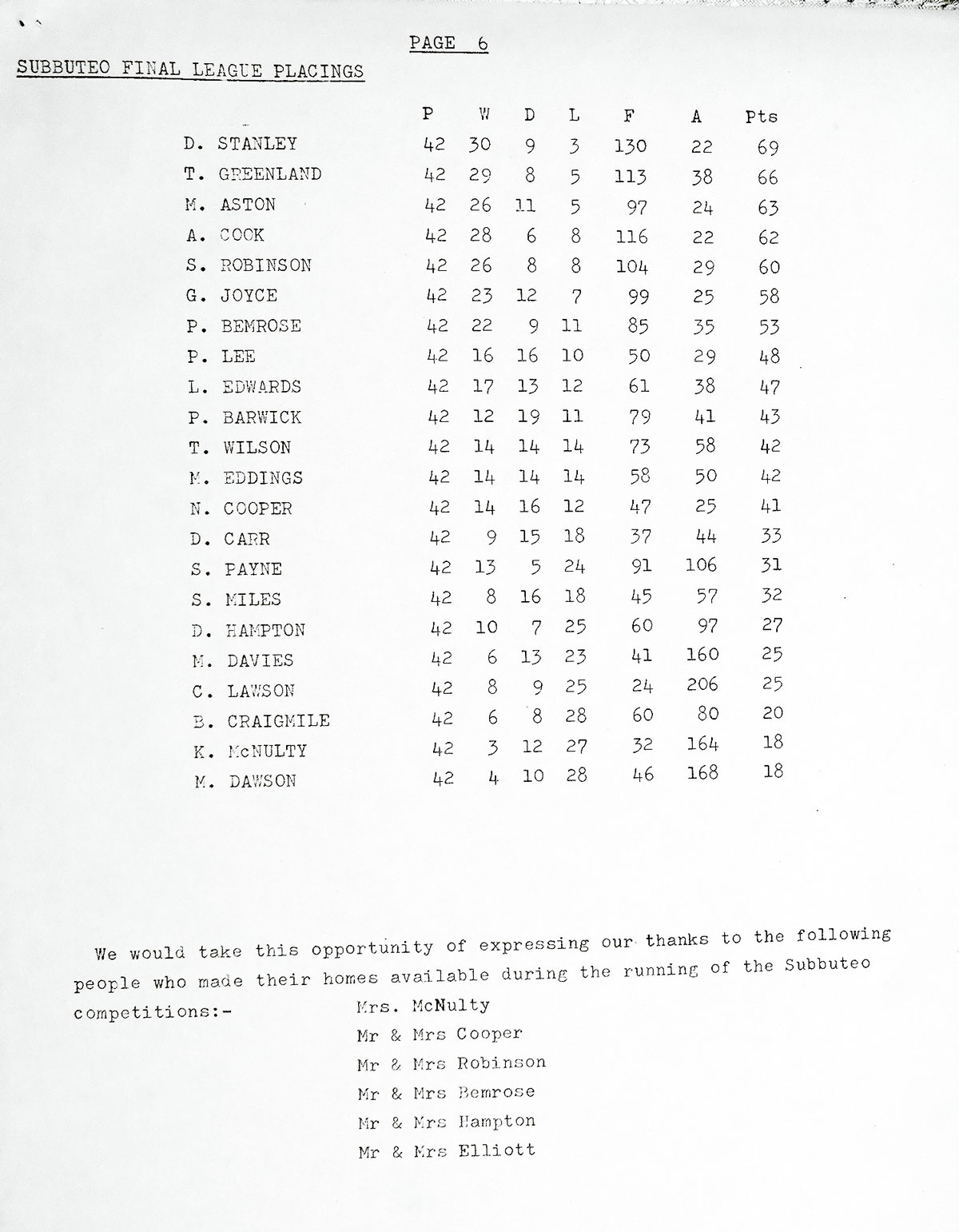 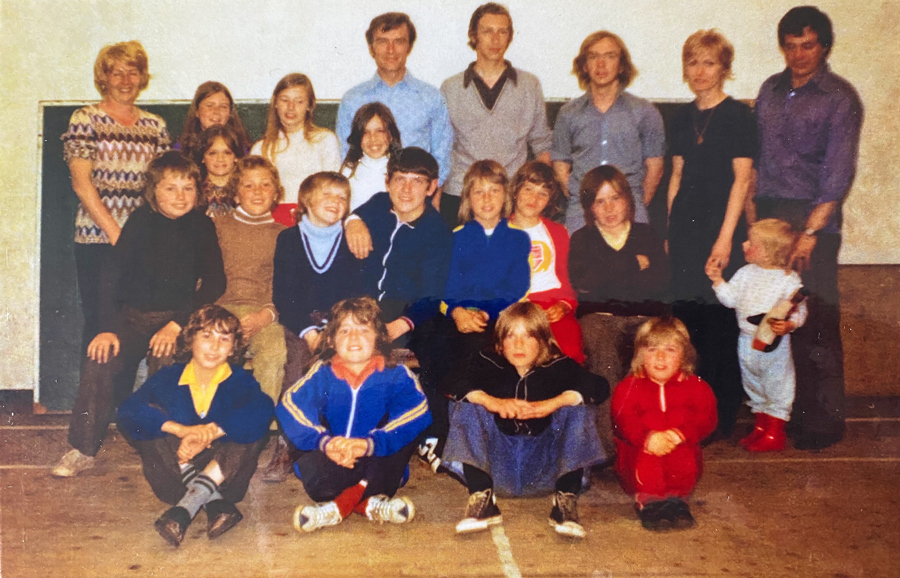 An early club trip photo with Dave Fuller, centre of the back row with the grey V-neck pullover, with John Elliott to his right.