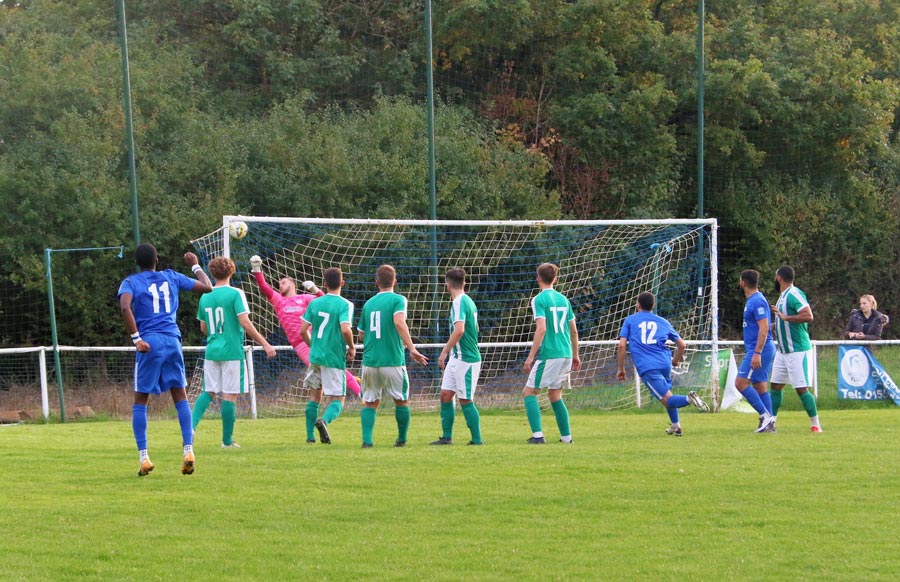 It was 7 points in 7 days for Jets with a thrilling 3-2 win that had everything to keep spectators on edge until the final whistle.

Every game is a new test for the young and experimental Jets side that changes every match as the staff look for the squad they want. That job is being made harder by the reckless and avoidable yellow cards that, along with horrendous refereeing, is leading to reds as Jets found themselves playing the second half with ten men for the third match in a row.

This was a lively one from the off with both sides on the attack but it was Jets looking more menacing. A huge talking point and a big mistake by the match official was when Dean Florence was played through with an up and over and the defender (as seen on the video) punched the ball in the air in the penalty area. To the amazement at first and horror to follow, the referee indicated the handball BUT pointed the wrong way.

Ben Barnett got a first yellow for persistent having been told about retreating for free kicks etc, but one of MKs tricks was to blast free kicks straight at Jets players trying to instigate yellows and the referee did seem to be on top of that one at least.

In goal Graham Loki more times than once just got the touch to keep Jets level.

Jets had many chances to breach the MK defence but the deliveries from wide were not up to standard and Jets were letting the visitors off the hook. 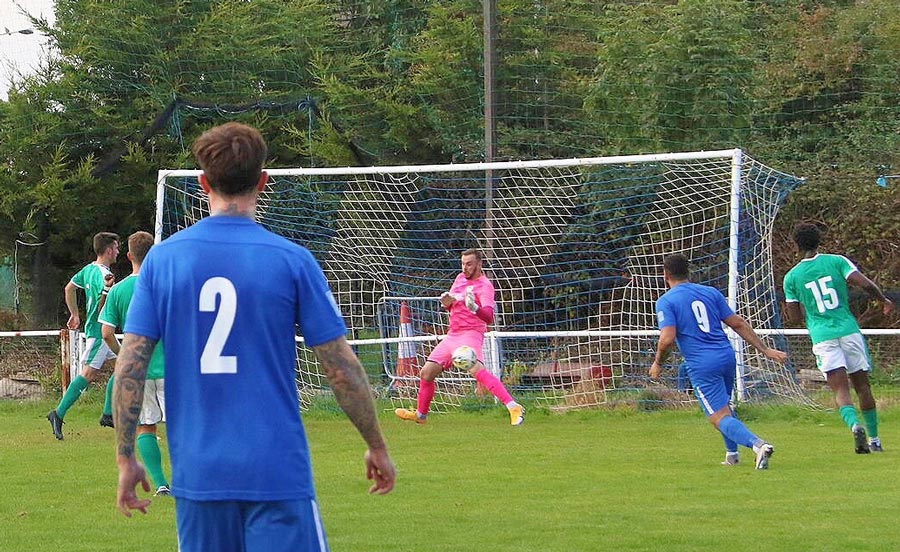 Half time was looming when Ben Barnett played a wide ball to Wade who opened space and a telling ball from Riccardo Adewuyi was met and stroked home by the impressive Kyal Williams (40 mins).

MK level it early in the second half.

The second half was barely underway when a clumsy lightest of touches sent an MK midfielder acrobatically tumbling and a ridiculous second yellow saw Ben Barnett shown red and Jets were down to ten AGAIN for 35 minutes, and to make it worse the equaliser was scored by Coleman from a back-post header from the kick (55 mins).  1-1 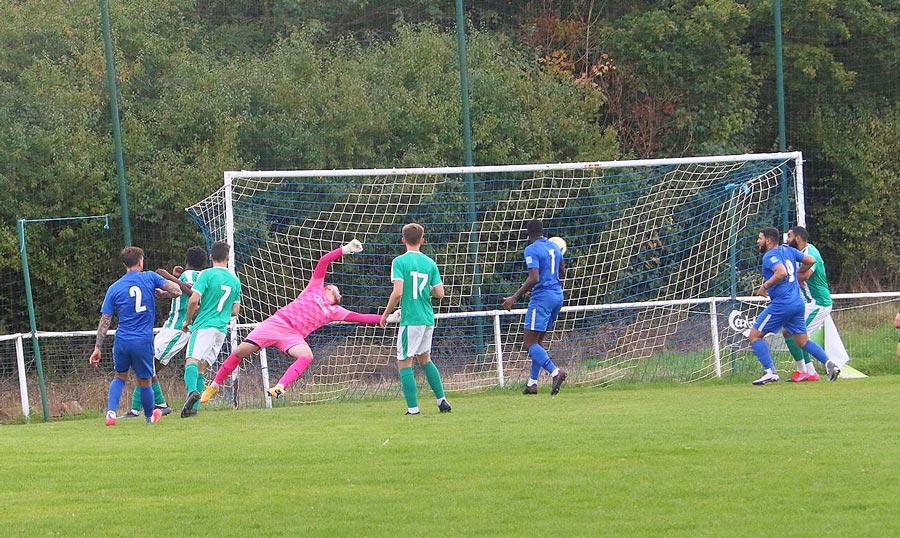 Steven Wade fires home from the back post. 2-1 Jets 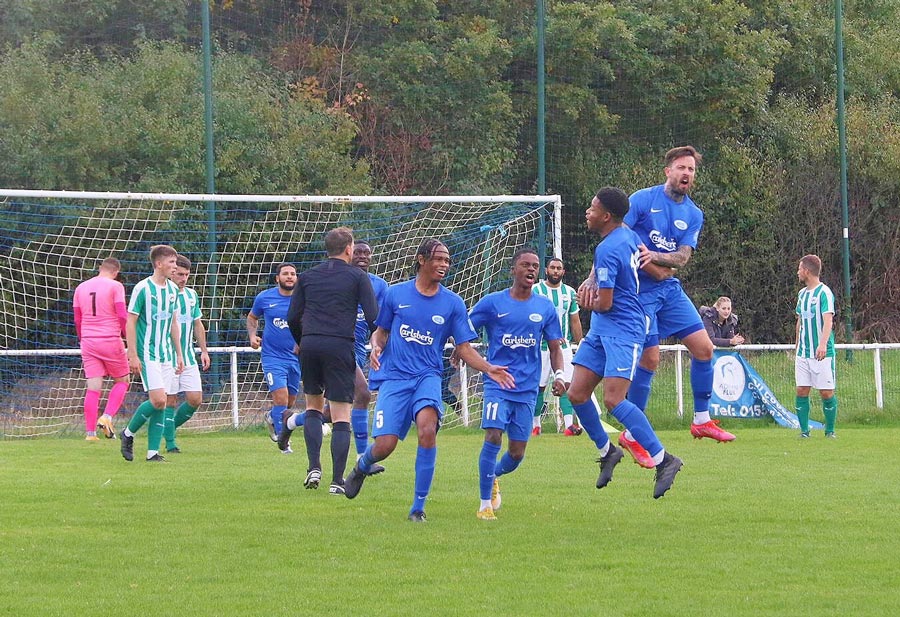 Jets restored the lead when the outstanding skipper Harry Beaumont’s free-kick went to Steven Wade who hammered in at the back post. (60 mins) Jets 2-1

Minutes later a superb save by the goalkeeper denied Wade a second from a header.

More controversy followed when the Lino indicated a goal kick and the referee, who was now acting like a scene from “game for a laugh”, gave a corner and it was a blatant goal kick, but right on cue the visitors equalised from the corner, 2-2 scored by Lawless (68 mins). 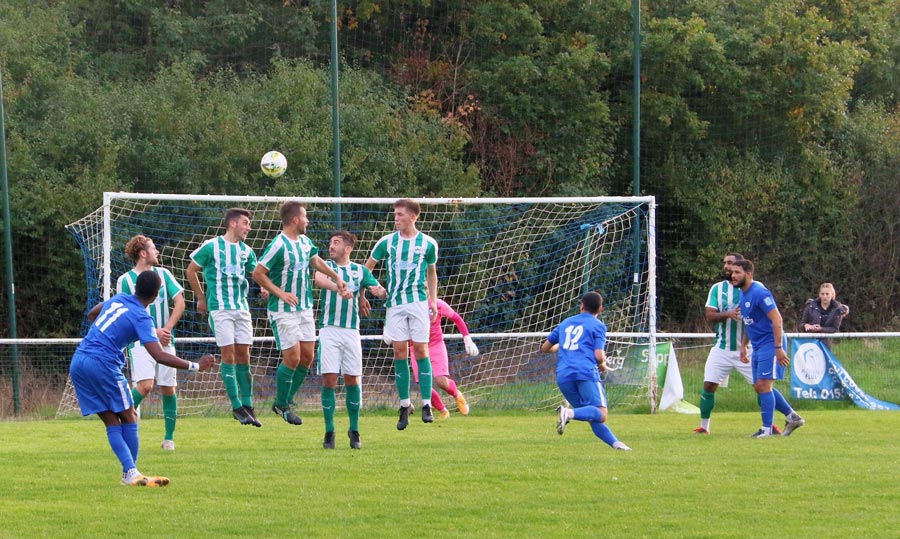 …and beats the keeper’s desperate attempts to keep it out. What a winner!

Ten men Jets were really hanging on at times now and more relying on the counter with time ticking down. The winner came when Dean Florence was fouled  outside the area. An incredible strike over the wall and into the top corner from Kyal Williams grabbed all three points (84 mins) 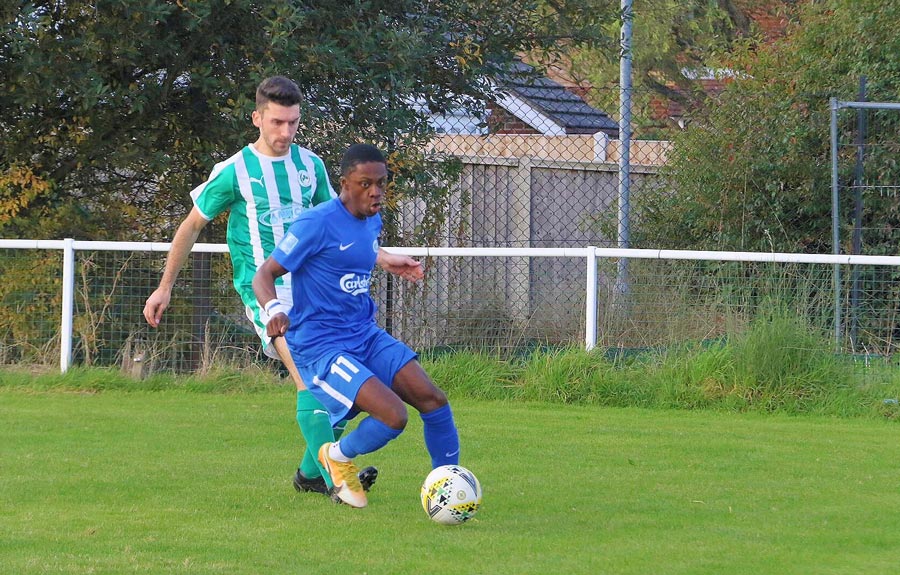 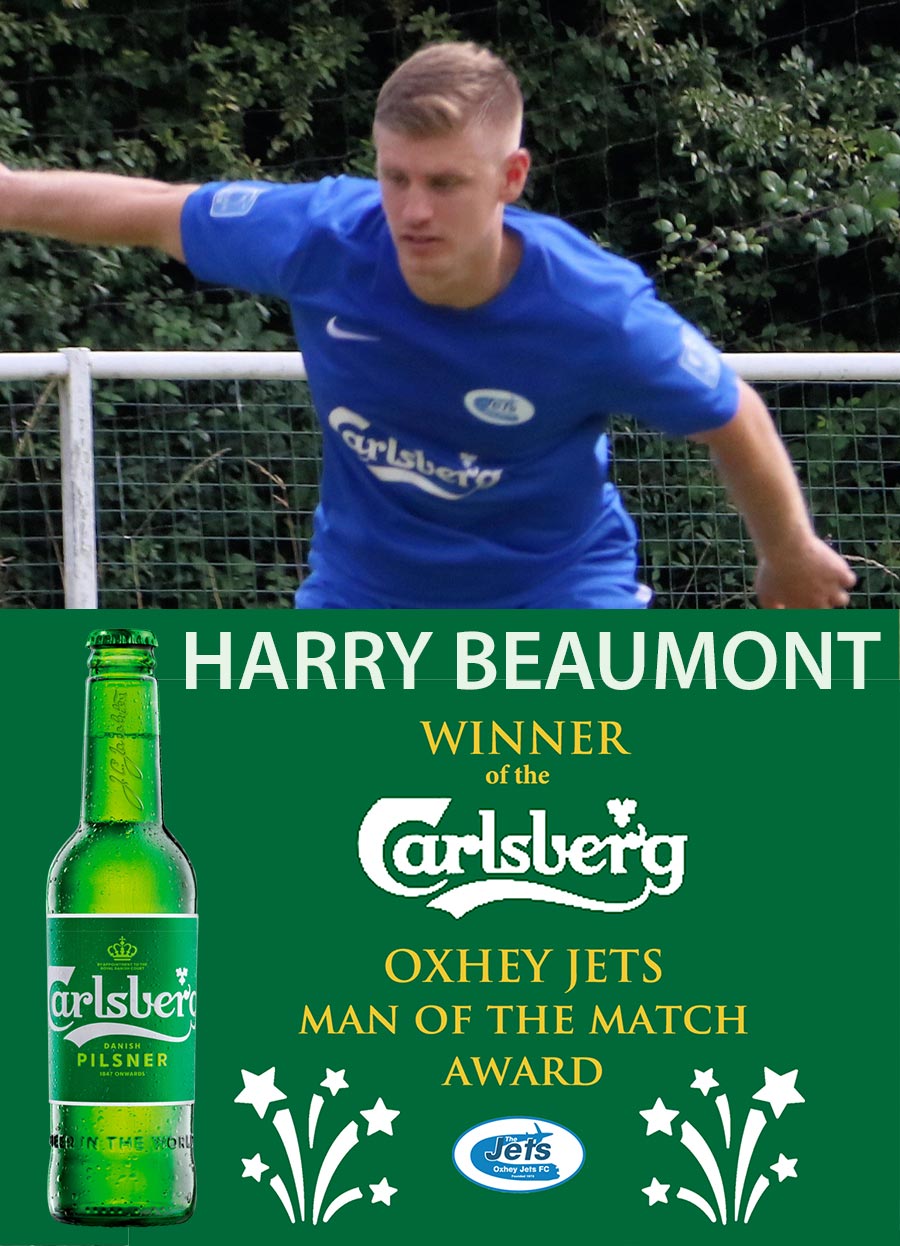 Man of the match was very contested. Two-goal Kyal Williams including that wonder strike; Ferrell Charles was steady and Dean Florence played some good stuff but today the unanimous staff vote went to Harry Beaumont who was the playmaker from interception to dispersal for Jets. Harry, under the new management, is really blossoming and leading as skipper with solid performances and leadership.