Kevin Christou’s boys are developing on all fronts as a unit on and off the pitch and their 8th point out of twelve and four unbeaten is testament to how far he has developed Jets in just a few weeks.

Tonight’s big ask was the red hot title Favourites and premier division leaders Risborough Rangers who are unbeaten so far this season in the league. 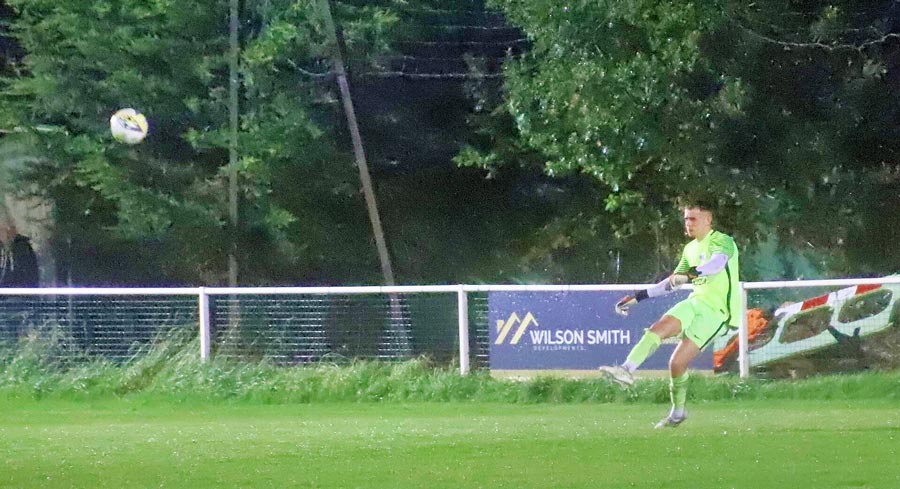 GK Lewis Todd made his Jets debut and made some fine saves. 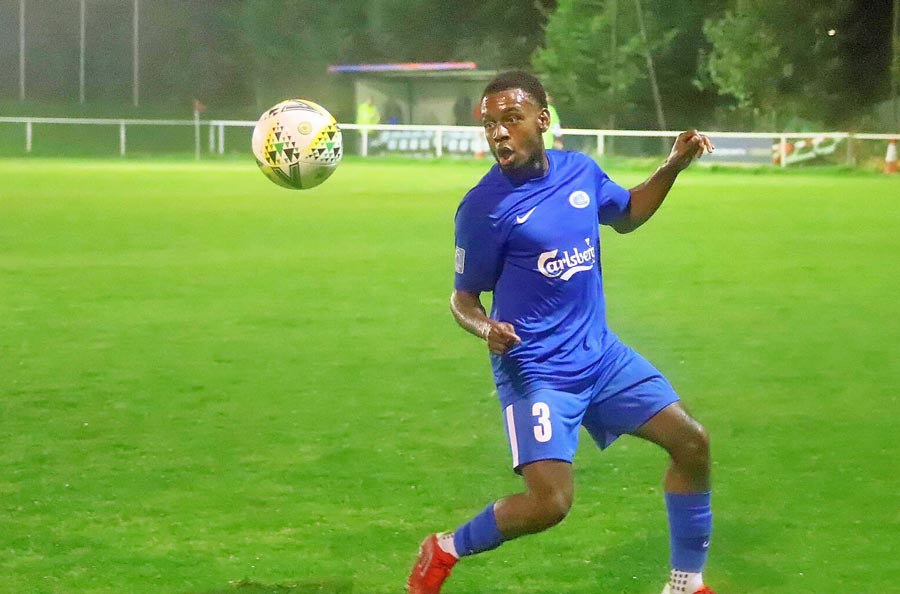 The boss made changes despite the three unbeaten and brought in three more debuts, Goalkeeper Lewis Todd and Daryl Byron Samuels and Kazim Bishop who was on the bench. 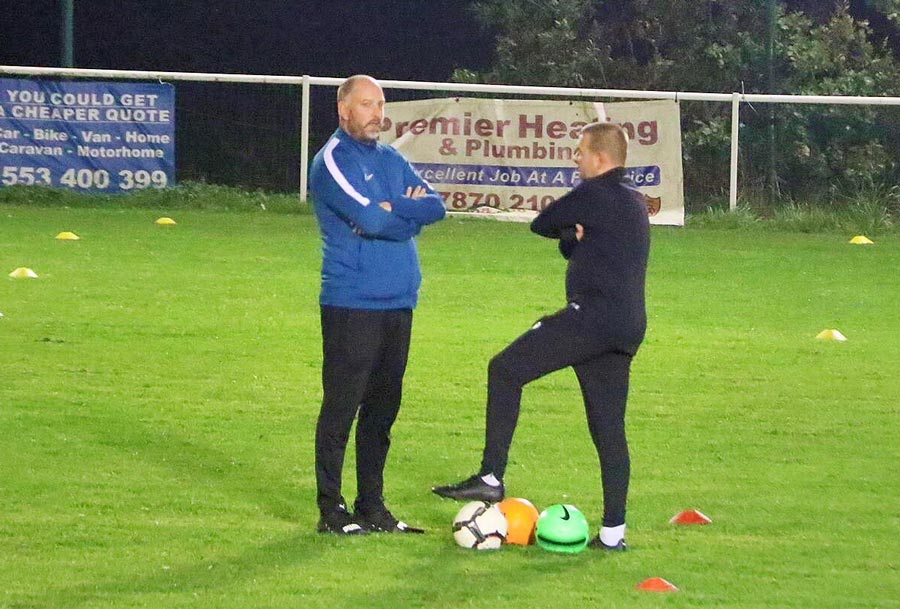 Kevin also strengthen his back room staff adding a new coach Matthew Coker who was previously with Stevenage Borough’s academy so will add a wealth of expertise and experience to Jets set up and open a pathway through to higher pro football for any young guns performing at the top level. He joins James Gibbs who is an FA Goalkeeping coach as Kevin seeks one more to complete his back room. 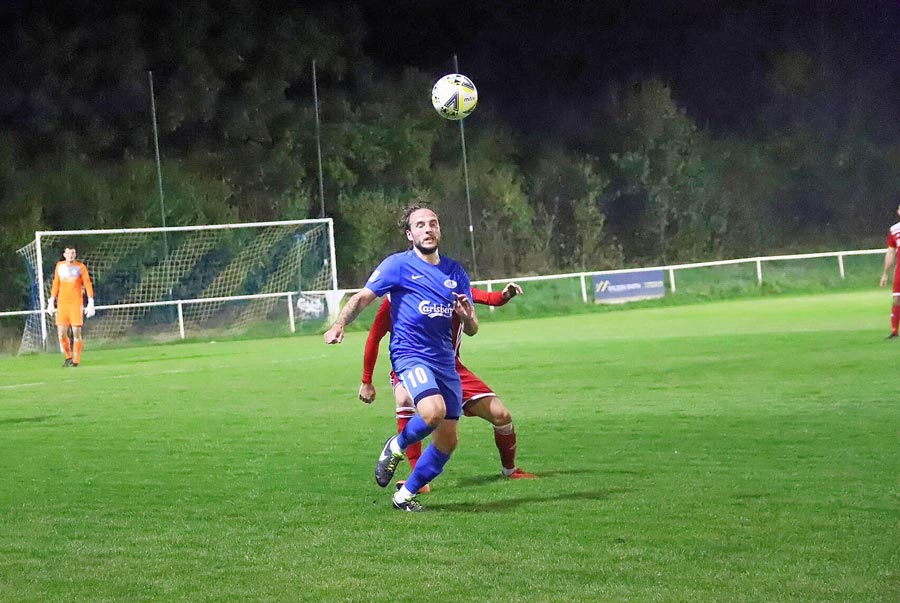 Great to have Tom Inch back from injury. 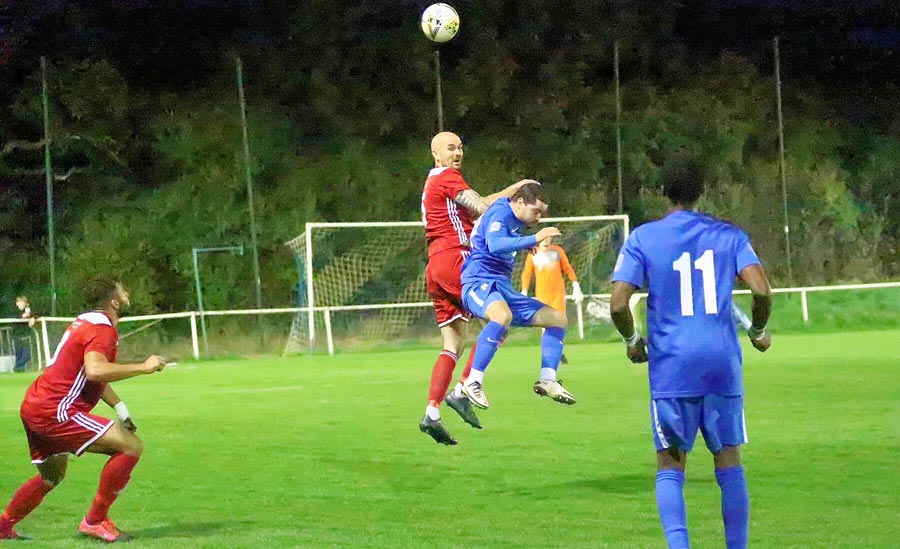 Jets have two unwanted habits – starting slow and conceding early AND finishing the last fifteen with ten men for kicking the ball away and yep we managed both again, unfortunately!!

Wicked bounce and Jets go a goal behind.

Jets went one down in just four minutes, slightly harsh as a clearance bounced back from a deflection and into the net. 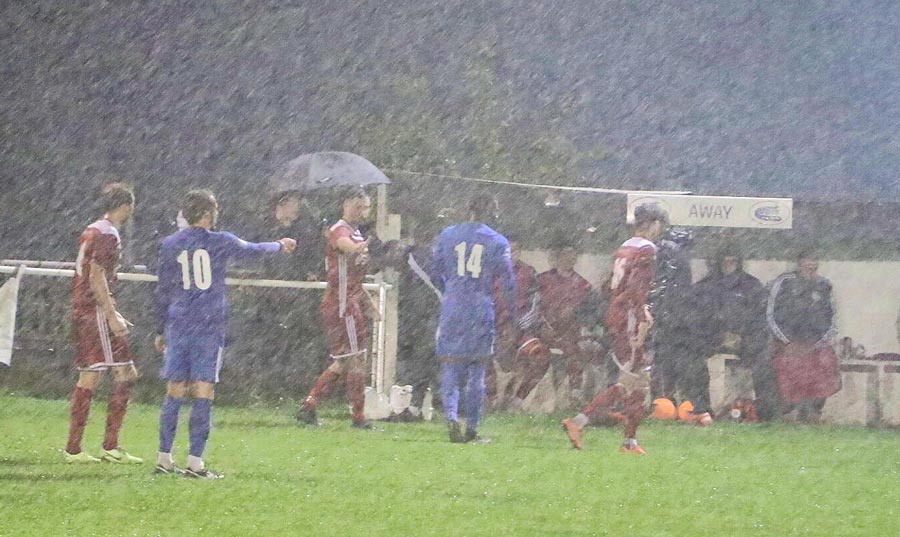 Jets are getting used to Monsoon Kev’s weather conditions! 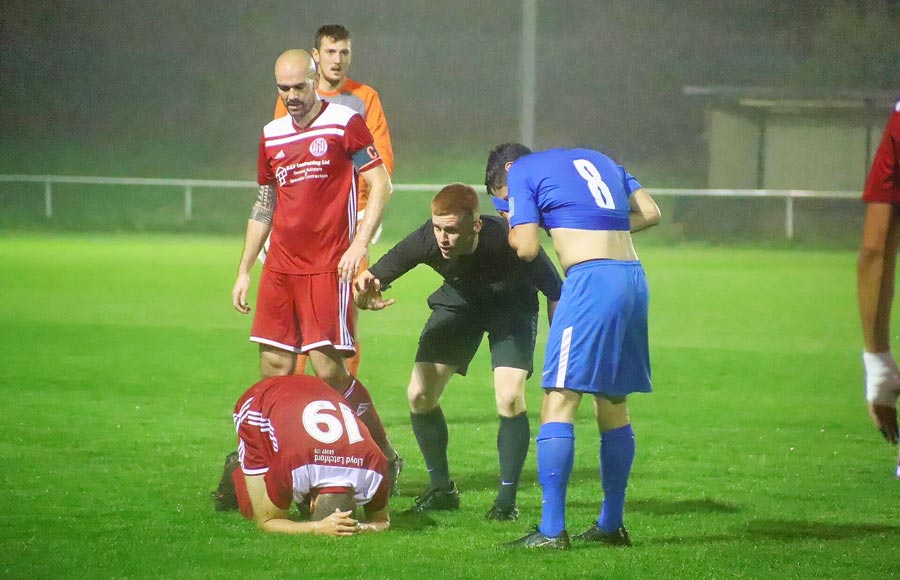 The early pressure came from the visitors and a couple of chances missed and a few tackles that were condition caused brought a card or two.

On the half-hour, Jets levelled and it was the scorer of the moment Kyal Williams slotting from a tight angle, Sean Giordmaina saw it over the line but sportingly had no claim and the Jets were back in it. 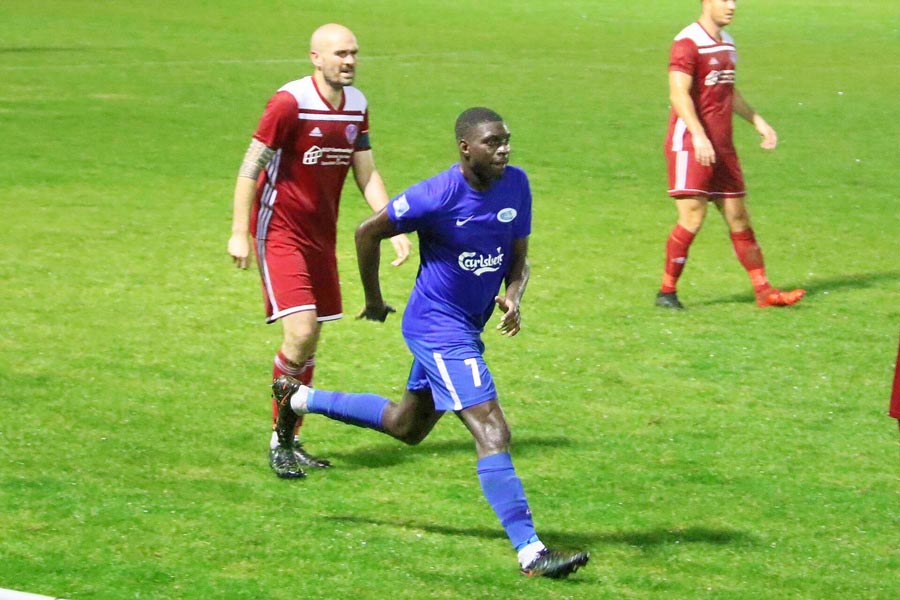 Another strong performance from Ricardo Adewuyi

That’s how it finished at the break with the Rangers looking a strong good football side but Jets tremendous work rate making it a real tight battle. 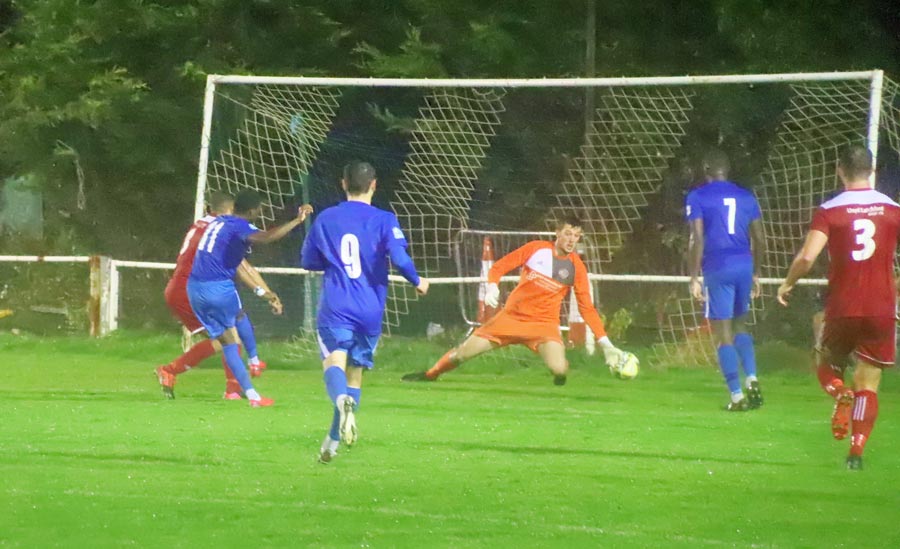 2-1. Kyal Williams puts Jets into a second half lead.

Both sides put over from good chances then the visitors on the hour levelled but Jets were furious as a contested foul was shot out for a goal kick which the referee gave as a corner and the cursed Jets luck with officials at the moment saw the corner scored from. 2-2

Jets then paid the price for what now is becoming stupidity as young Ferrell Charles was cautioned for a foul, but having already been cautioned for kicking the ball away saw red and for the fourth time in a row, the dumb yellow combined with another one saw Jets in a ten-man struggle. 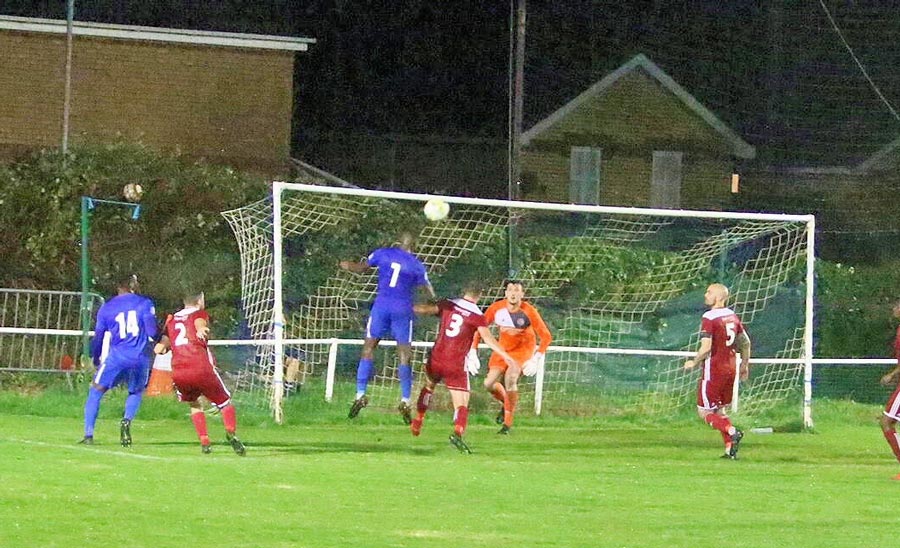 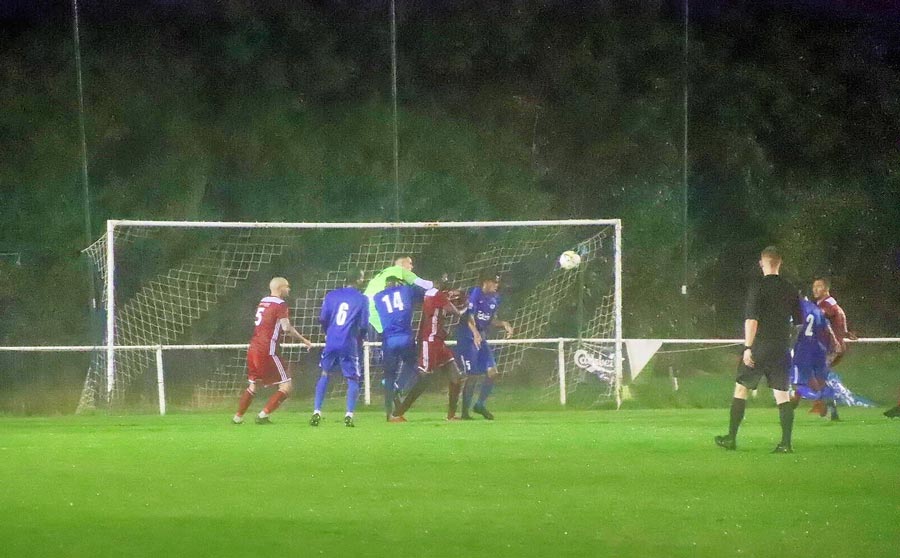 It was end to end with both sides going for the win, then as 90 crept up Jets got jittery and it was a siege around the Jets area and GK Lewis Todd pulled off some superb saves, and Jets whole defence dug in watertight to earn the point.

Jets are not happy with the reds not just from their own players but the seemingly anti they are suffering from the officials with the big calls. It’s as if the run of reds is prepping the officials to be ready to deal with them. 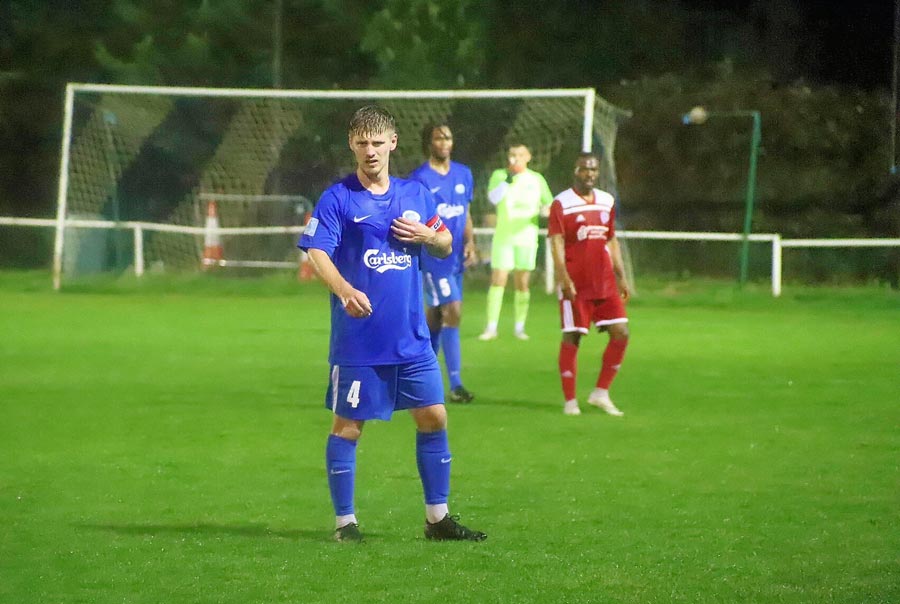 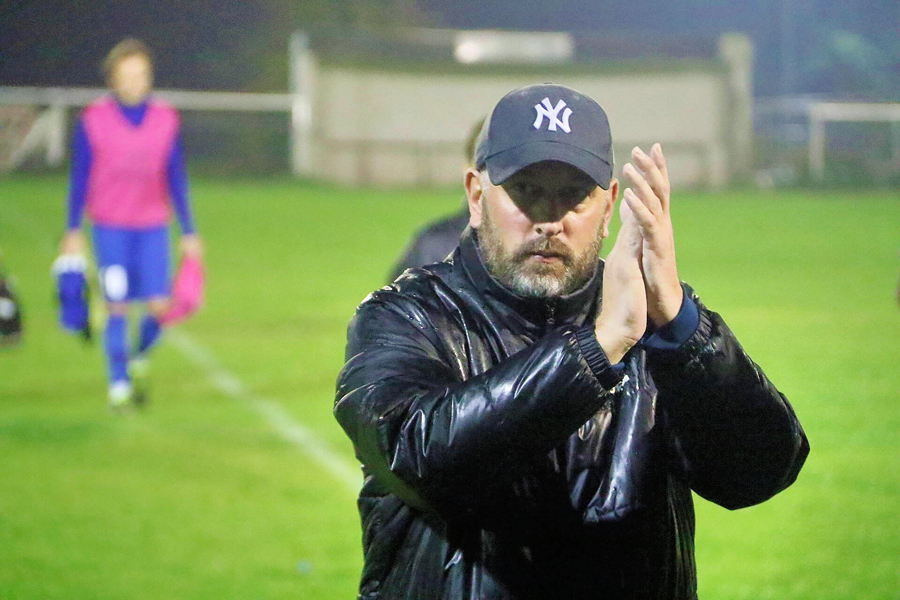 Man of the match was tight frankly. Anyone could have got it but the staff slowly narrowed it down to Lewis Todd with some stunning saves, Kenny Nobrega who was energetic and showed some incredible defending, but the nod went to Massoxi Barradas who was faultless at the back. 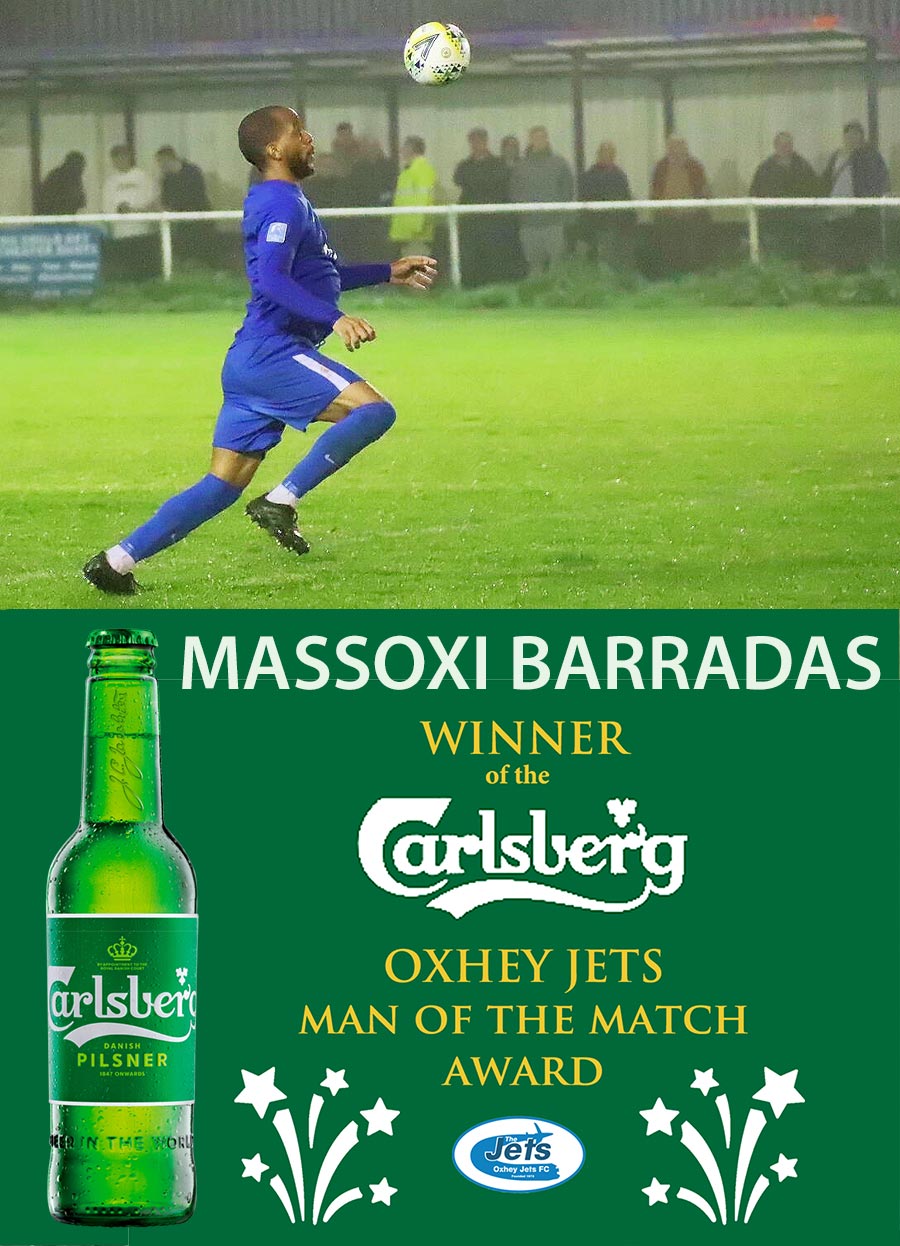