Winning In The Rain 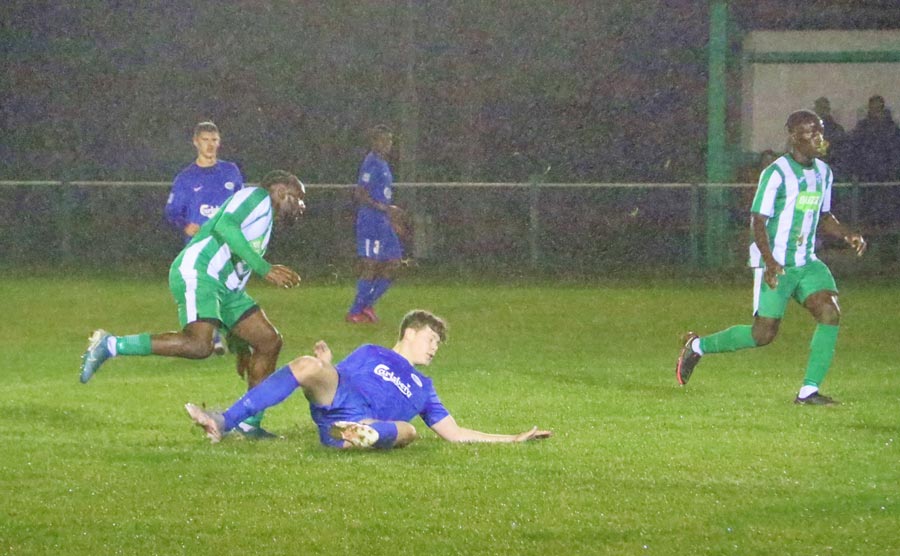 Torrential rain throughout the game made conditions very demanding.

Jets were singing in the rain at the end of the match ( Does it ever not rain in Holmer Green?)

Jets had to reshuffle due to injuries, but new boss Kevin Christou seems to have a conveyer belt of young talent waiting to step in even on that “very wet Tuesday night at Holmer Green”, a measure of the management’s recruitment test. 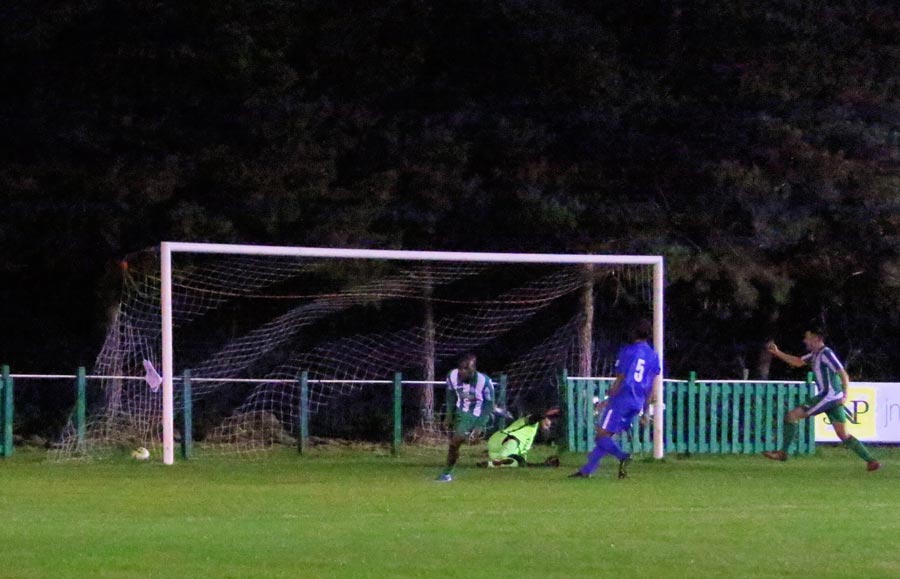 Jets were truly woeful first half with by far their worst performance under Kevin’s leadership, and they found themselves a goal down after just 3 minutes.

Holmer Green had many chances but skied the lot while Jets struggled on the slippery surface, caused by the combination of a hard pitch and the torrential rain.

Was it to be a blistering changing room at the break? NO, it was as calm as calm could be. The constructive message was that it could have been out of sight, but now we must punish them for the let-off !! 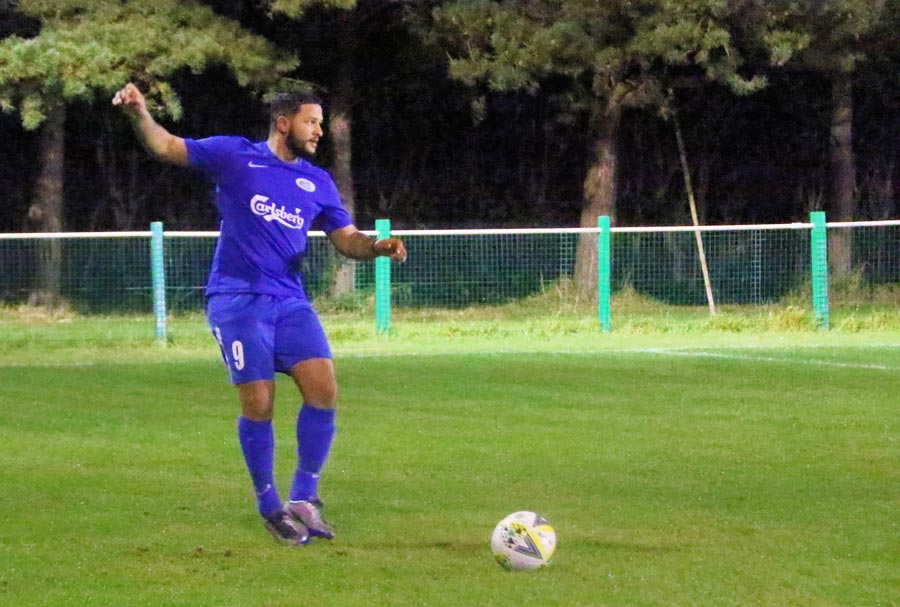 Jets came out the hanger like a different side. It was buzzing and knocking the ball about, and now the debuts started to shine too. Upfront Dean Florence was holding the ball up and making things stick, and a very impressive 17 years old Ben Barnett started to show what Kevin said he had to offer. 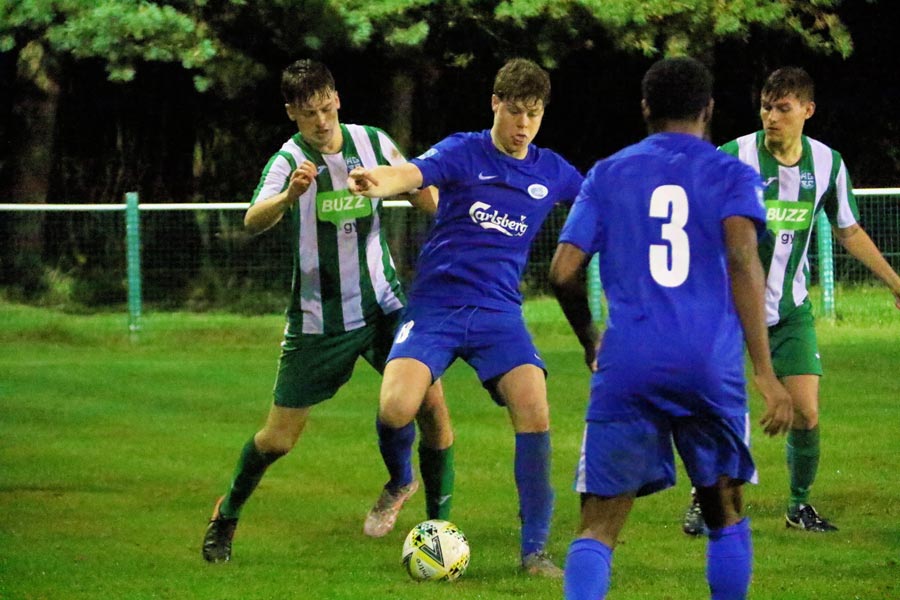 On the hour it was another teenager, Ferrell Charles, who turned home a driving cross to level up the match. 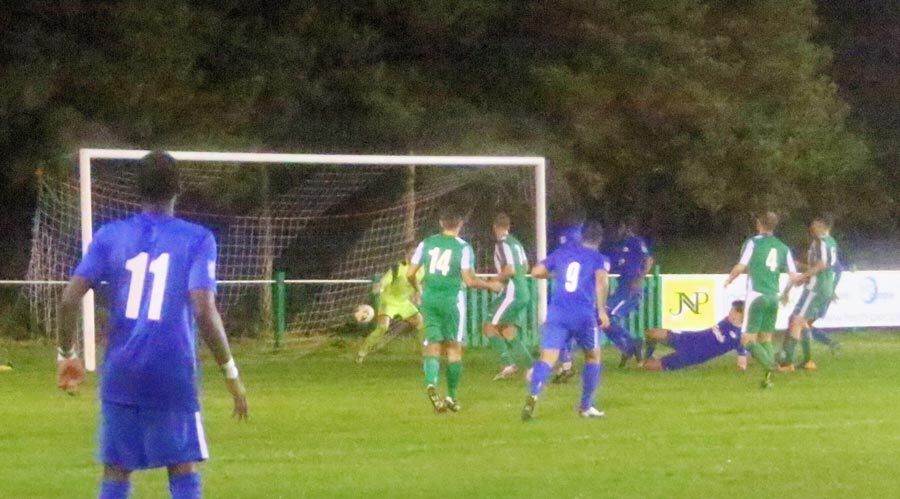 Ferrell Charles steps up to grab the equaliser.

Jets were now getting more and more about Holmer, coming to terms with the surface and actually using it to their advantage. 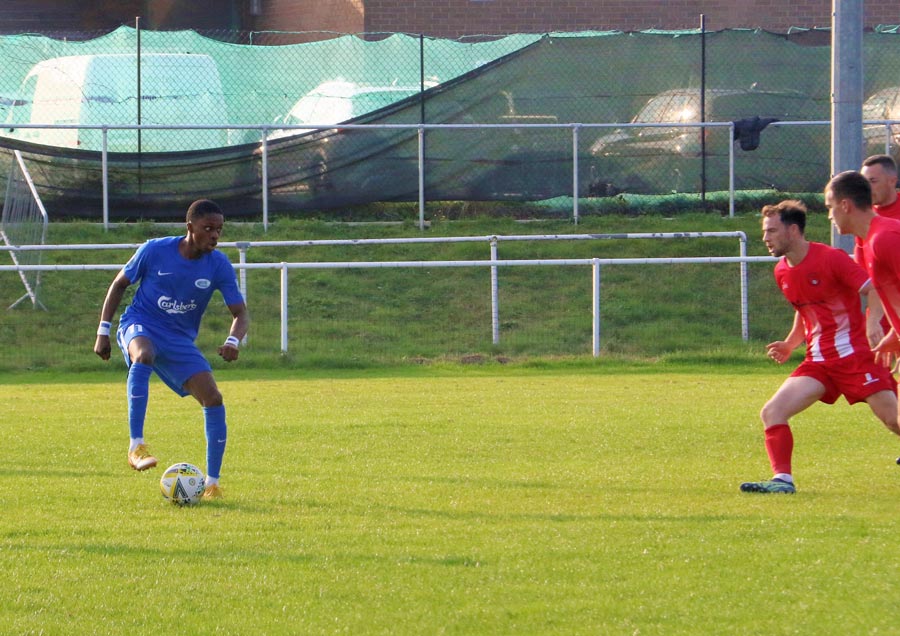 In particular, Kyal Williams was tormenting Green with his lightning speed, putting them on the back foot.

Wade was cautioned for dissent, luckily not sent to the sin bin and reducing the team to ten, but that was to bite Jets on the rear later when the match official changed the way he was to referee the match from the first half to the second.

Jets storm into the lead as Riccardo Adewuyi finishes off a five-man move.

The best move of the match was to provide the winner. A five-man sweeping move from keeper to the back of the net finished off by Riccardo Adewuyi, and the Jets were buoyant.

It was an end to end, competitive match. I can’t remember Jets winning at Holmer. I definitely can’t remember it not being wet there. Jets, though, showed tonight how far they have come in the new set-up, not the finished article yet but lots of promise. 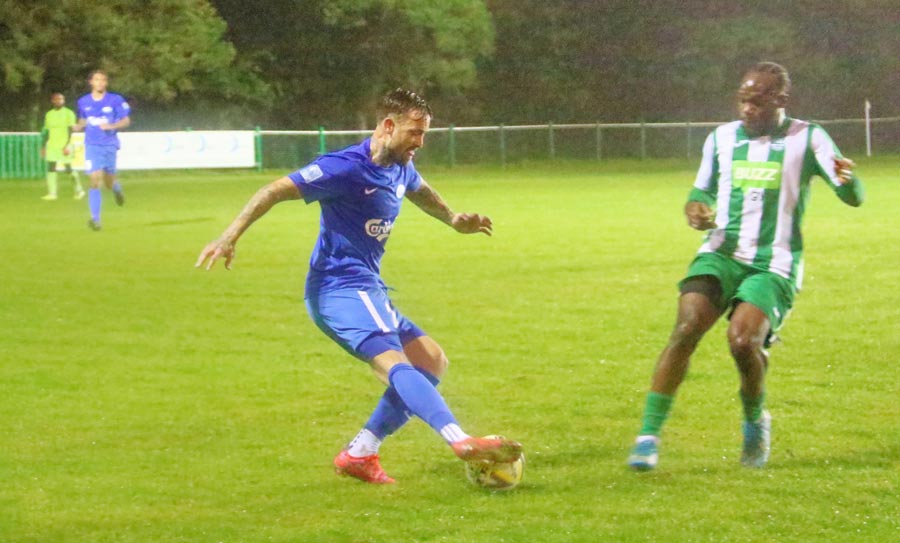 Jets had to dig really deep in the last ten plus a good eight stoppage when the influential Steven Wade was given a second yellow for kicking the ball away. Two flashes of dissent put the team under a massive strain to keep the points in such a tight match, but they did. Credit to them and to the first win for the Christou / Gibbs partnership. 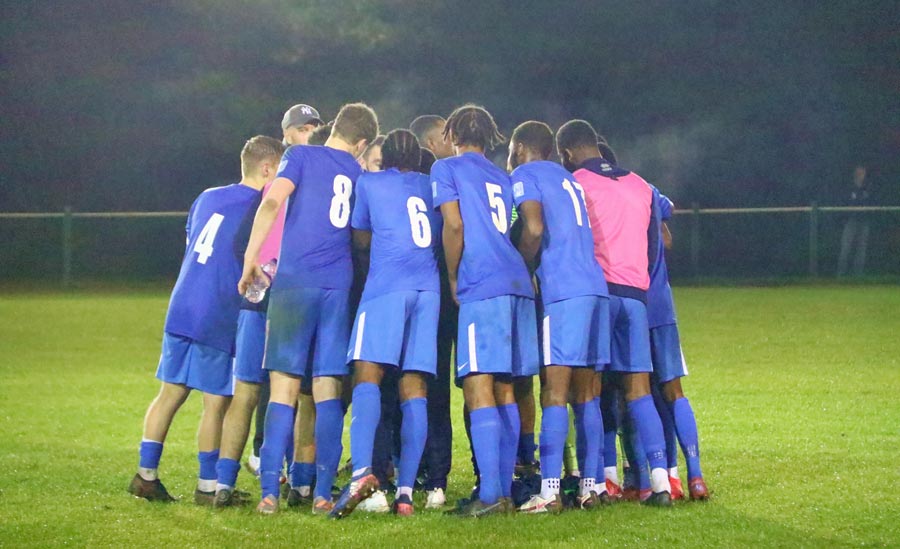 Jets delighted to get their win in the rain 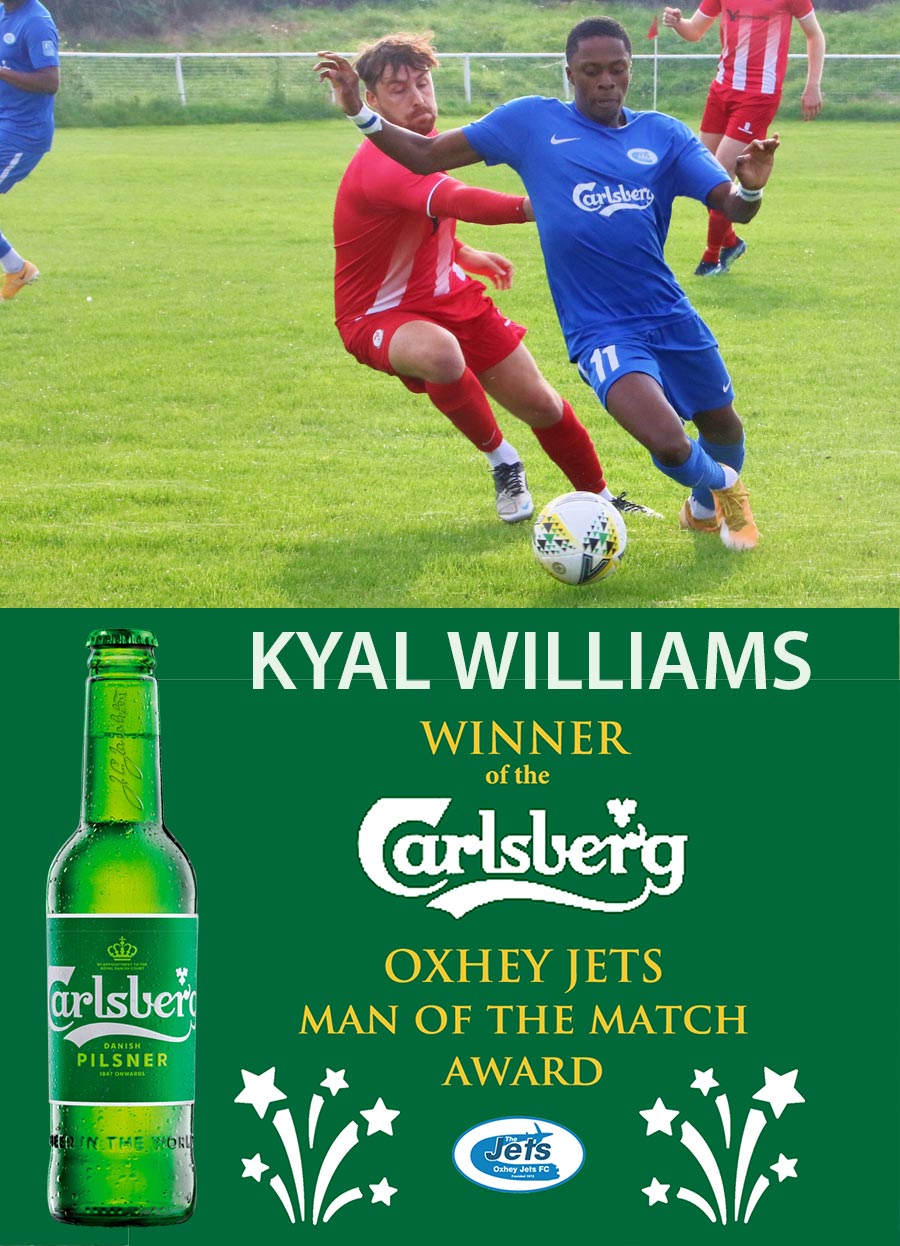 Man of the match was a three-way choice. Skipper Harry Beaumont is really blossoming under the new set-up and was outstanding tonight, as again was young Farrell Charles, but the final nod went to Kyal Williams. The young speedy winger caused havoc when he tore at the Holmer defence.

The second half made you forget the first.