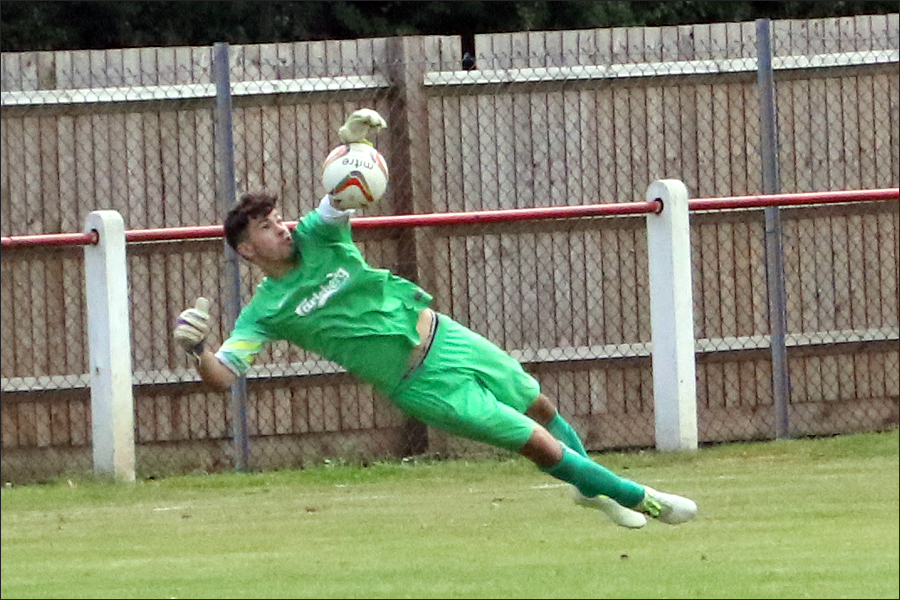 Jets always knew it was going to be s big ask against EvoStick AFC Kempston Rovers as effectively there was no harder draw on the table for them to come out of the famous Wembley velvet bag at the FA.

What a storm they had to weather in more ways than one as the game kicked off in a hurricane monsoon that you could barely see through. Jets took a real battering as the one sided 45 minutes saw Jets only once have a worthwhile pop at the hot home side whose only defeat this season was to a side another league higher than themselves. 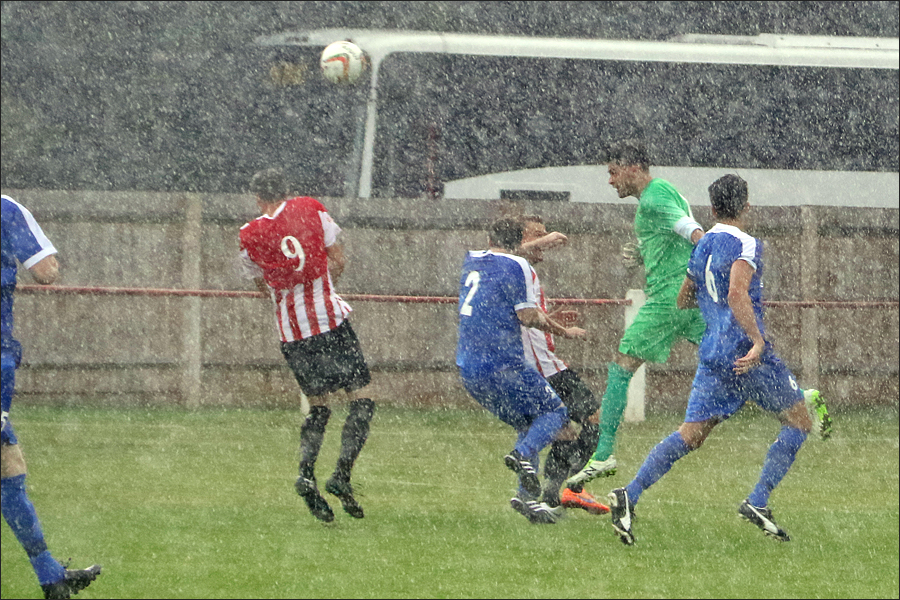 Jets weathered a first half storm in more ways than one

Jets effort was from a free-kick that just grazed over the bar and it looked as if it was dipping in to record a great injustice on the dominant home team.

Now within all the expressed dominance let’s be clear, Jets defending was desperate at times but also excellent as they dug in and competed for every ball as if theit lives hung on it.

Jets were rocked by an unexpected withdrawal and Warren Gladdy had to shuffle his team at the ground following the withdrawal of a centre half and it caused some dip in confidence in the changing room but from kick off Gladdy’s inspirational constructive team talk inspired the side to battle their hearts out for their team.

Leigh Stevens, Brad Thompson, Luke Lloyd and skipper Jude Bell were outstanding blocking and defending, and when they were breached goalkeeper Rob Partington was on hand, pulling off impossible saves and blocks with every part of his body. 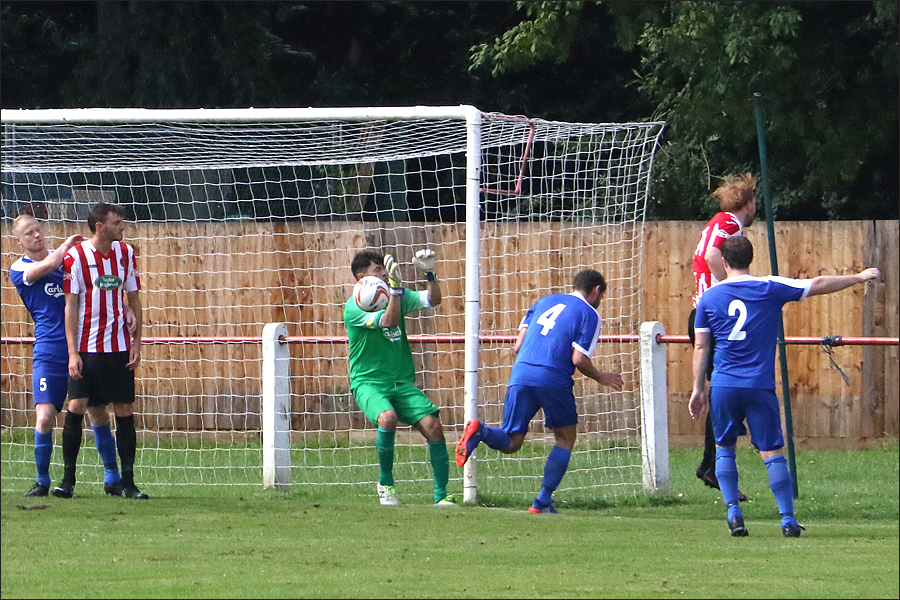 The lads in the middle were just as productive doing the identical job as the back line but in the first line of the defence, as Tom Inch tried and tried to feed off the battling Ben Collins to get some scraps up to isolated Adam Lowton to relieve the pressure. Jets looked as if they needed a player to break the defensive pressure like Luke Wells did at Edgware on Tuesday with the speed and attacking flare that would put Lowton away to reverse some of the dangers,and provide Inch and Noyes with the out ball, but the more defensive line up strangled out that threat.

Half time 0-0 and Jets had been stunning defensively.

Manager Lee Stedman had arrived from Euro Star and took over the reins from Warren and immediately changed, putting on Martin Netzer, last season’s top scorer, for young Lewis Lavender who had found the going tough against the solid defenders who towered about the youngster’s frame.

Jets though, for all their brilliance in the first 45, were caught dead and asleep from kick-off and as the back line lost had a momentary loss of concentration it was to be the killer moment as a soft drift provided the goal that was to be the winner. (46 mins) 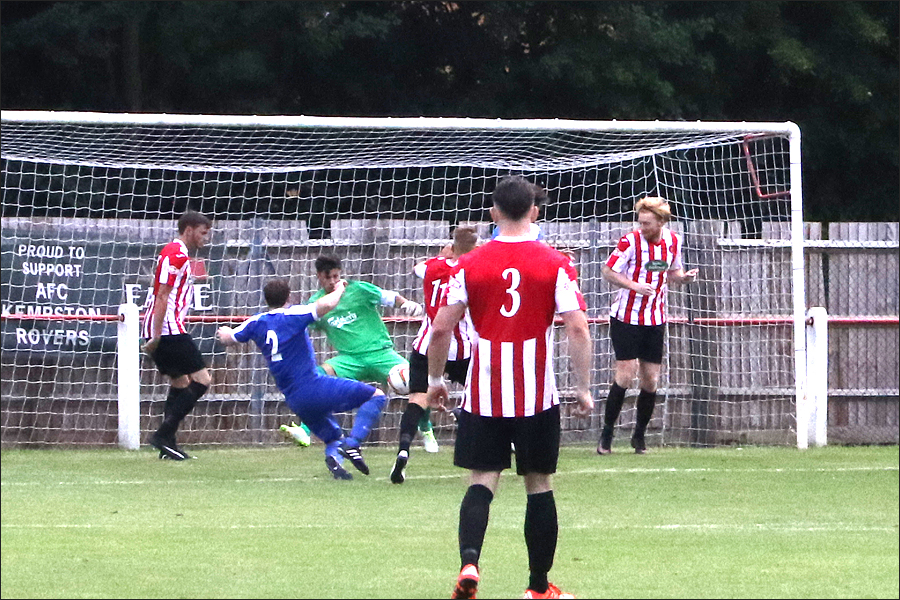 A momentary defensive lapse and Kempston got their goal

Jets actually switched roles now and the introduction of Luke Wells midway through the half helped swing the balance as Jets now went looking for the replay. Suddenly the spare match balls disappeared and the injury time outs became more frequent as the hosts were keen to run the time out disrupting play and slowing it down. The Jets contingent thought Tom inch had done it as he skilfully pick the spot and placed his slot, but it teasingly hugged the post on the wrong side and Jets looked to the heavens.

Three or four half chances came and went and even the final ball of the match looked as if Lowts had saved the match with a back post header, but it agonisingly ran the line and was grabbed by the keeper and safe and Jets were to fall. 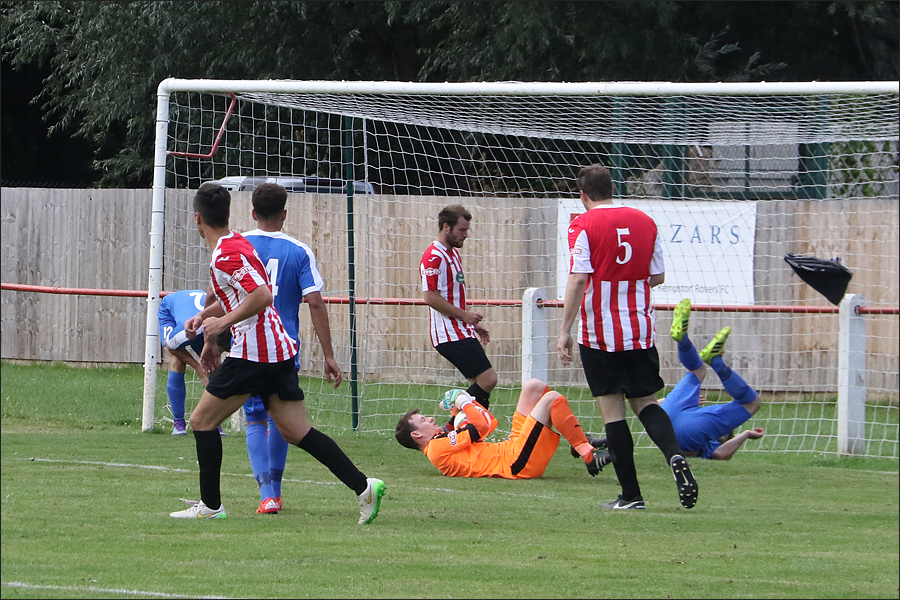 Kempston’s keeper gratefully clutches the ball in the final minute

Let’s be honest here, even in Jets best period AFC countered dangerously and looked to finish the job off but Partington, in particular, denied them as Jets gambled and pushed up going for broke leaving gaps for the break. Jets were beaten by the better side, but for the last 20 minutes everyone thought they were going to equalise such was the attitude, desire and effort by the team, a chance hard earned by the most dogged defensive battle I’ve seen produced against a higher league side for some time.

Jets in defeat can be proud of their performance today against a good and powerful Kempston side who look as if they could easily be promoted again. It was an outstanding battle well refereed without a caution in the game, a match that was a credit to the grass roots side of the FA Cup.

Jets man of the match has no options to consider because the decision is easy and only one possible, in this case words would not do justice to the outstanding display of keeper Rob Partington.

So tight Gladdy hands back to manager holiday guru and plumber Lee Stedman who has an immediate leak ( Warren asked us to point out he handed over unbeaten at half-time!) but Jets have a nice squad forming and Steds and the coaching staff have a great opportunity to put Jets back onto firm footing after a season in the wilderness. 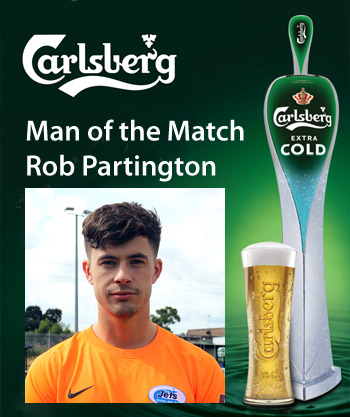 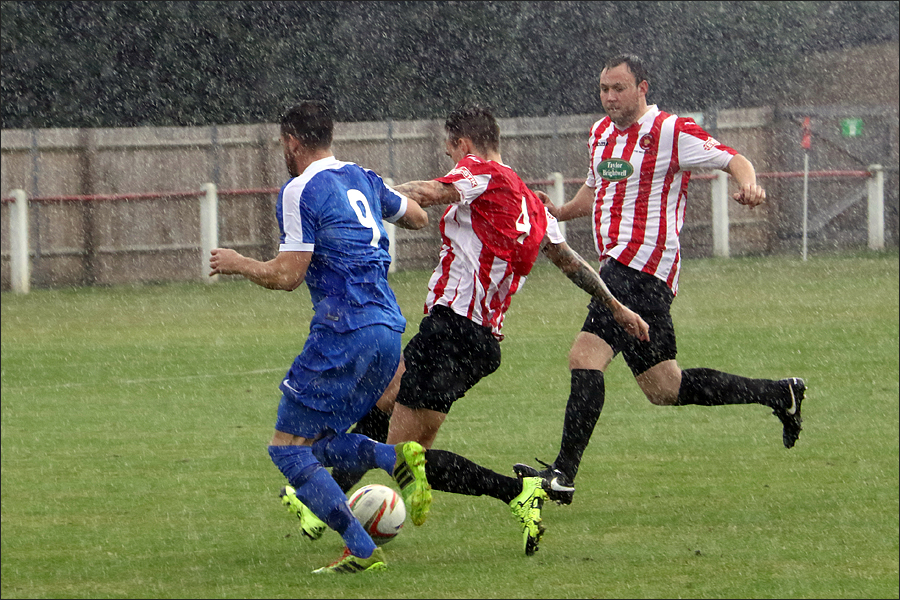 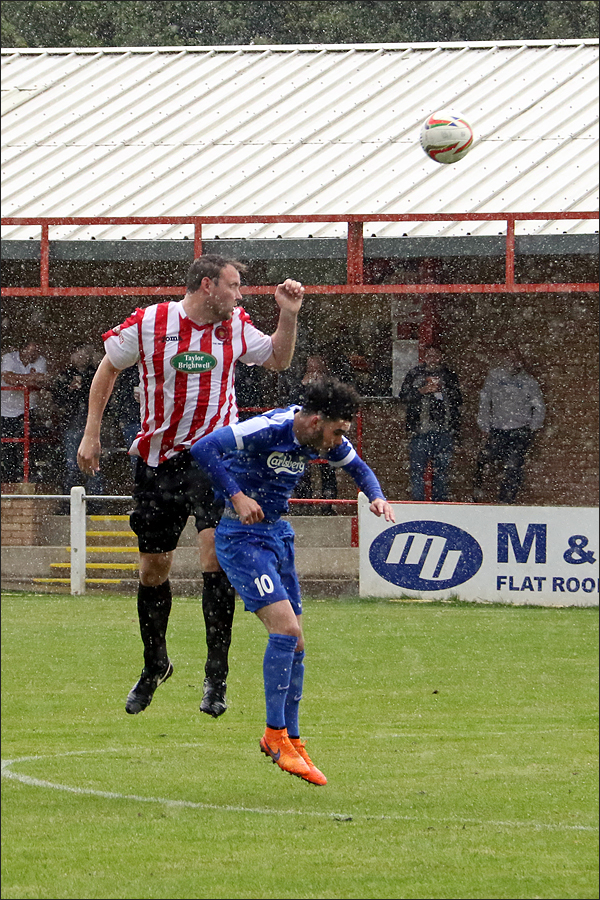 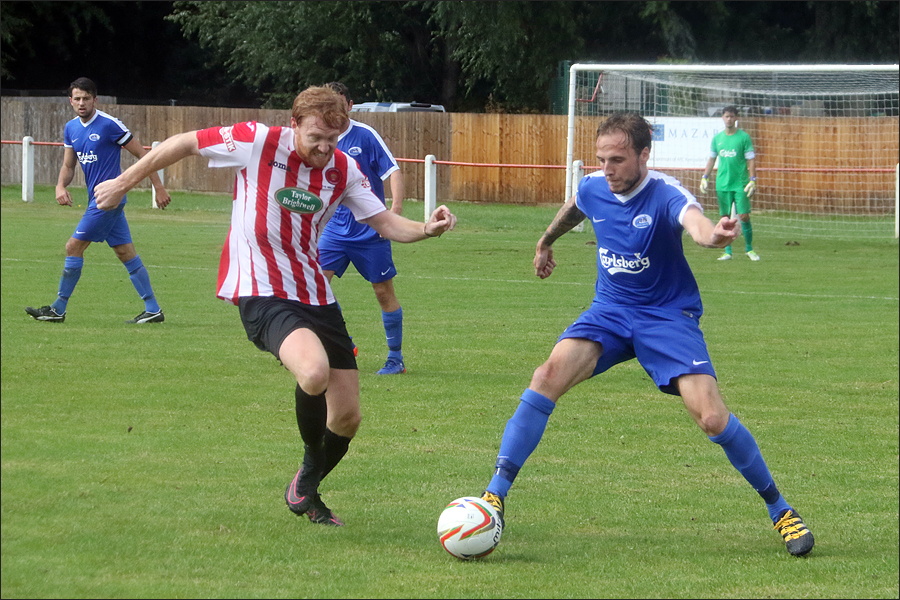 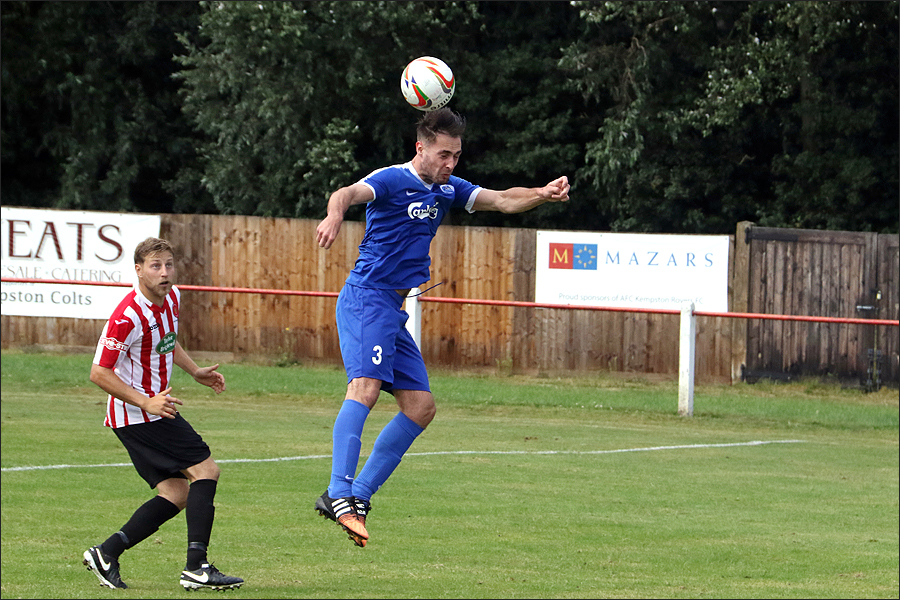 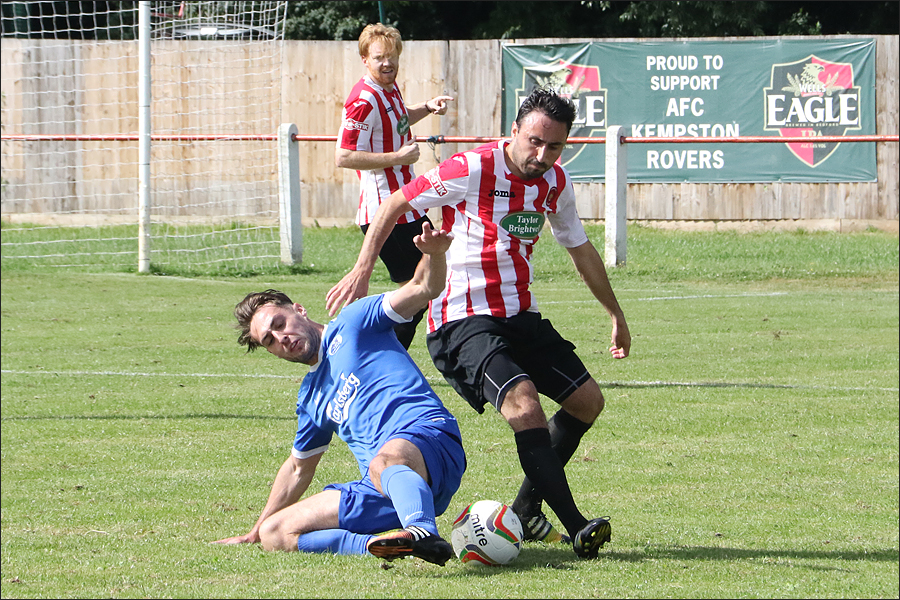 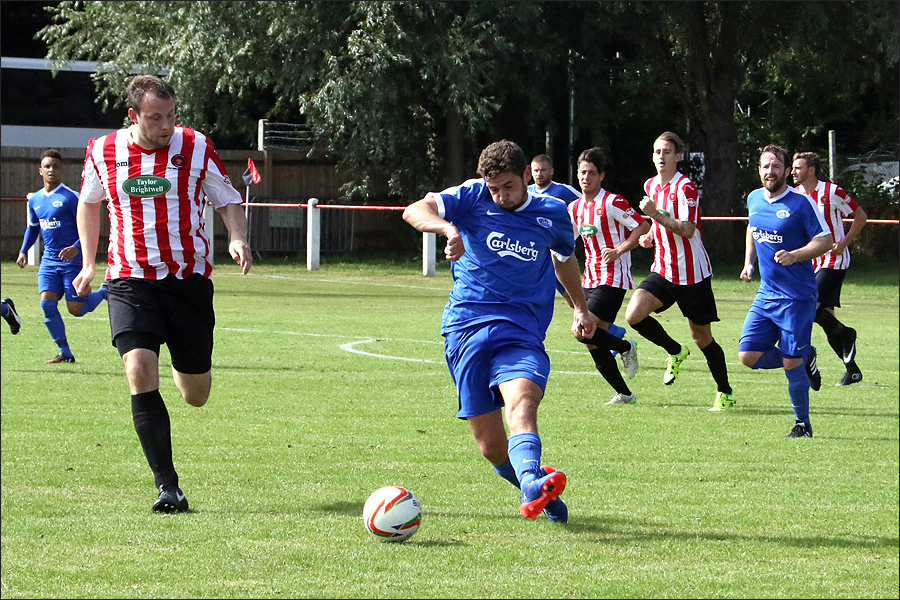 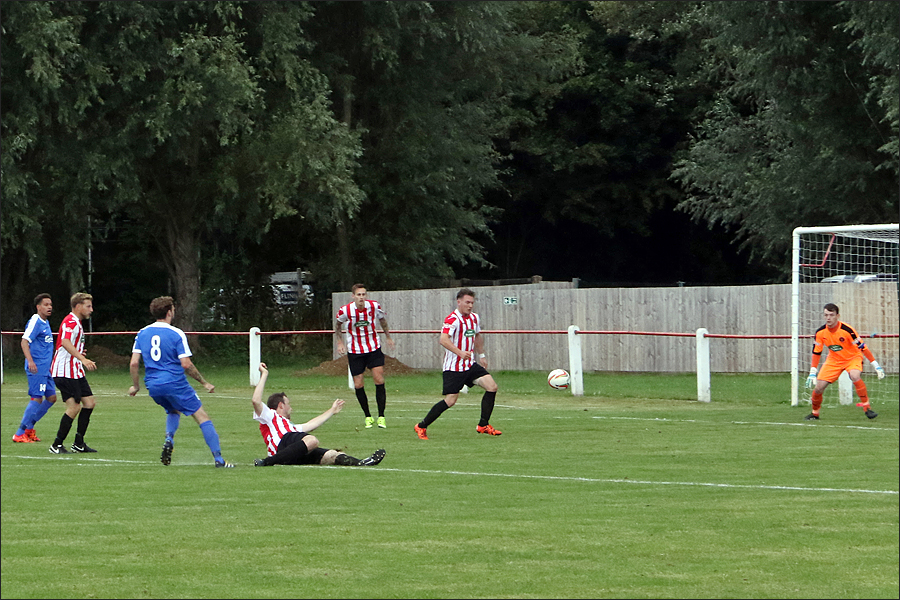 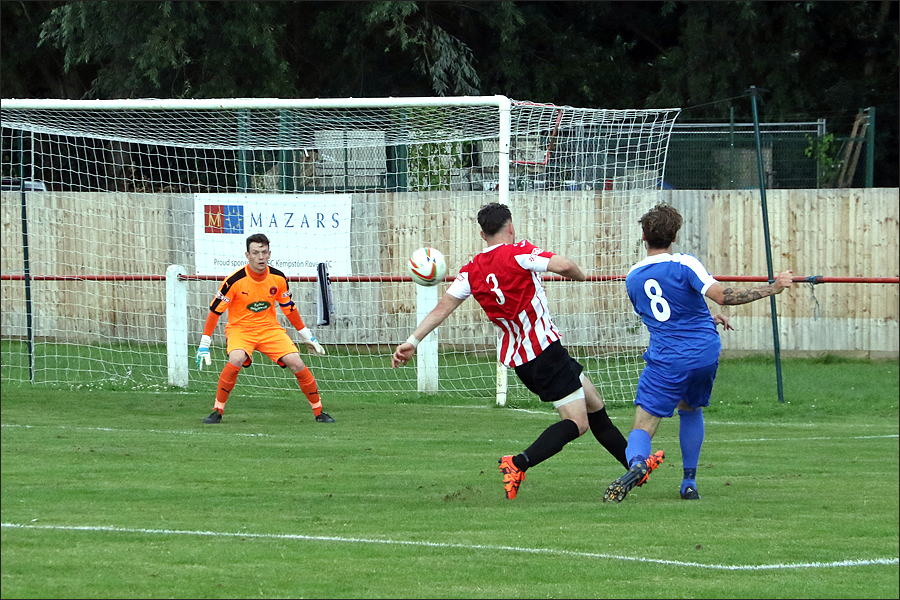 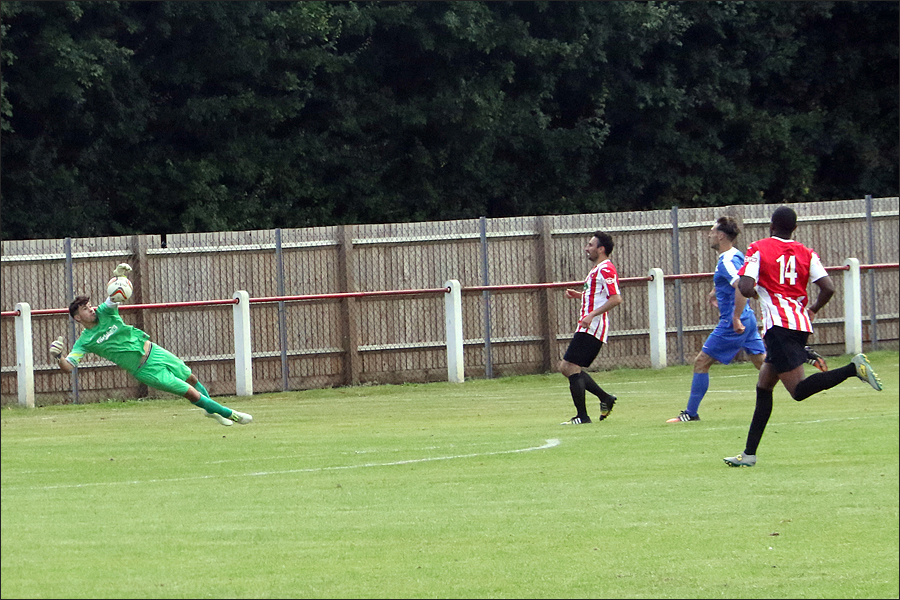 Skipper Jude Bell had to dig deep with his troops 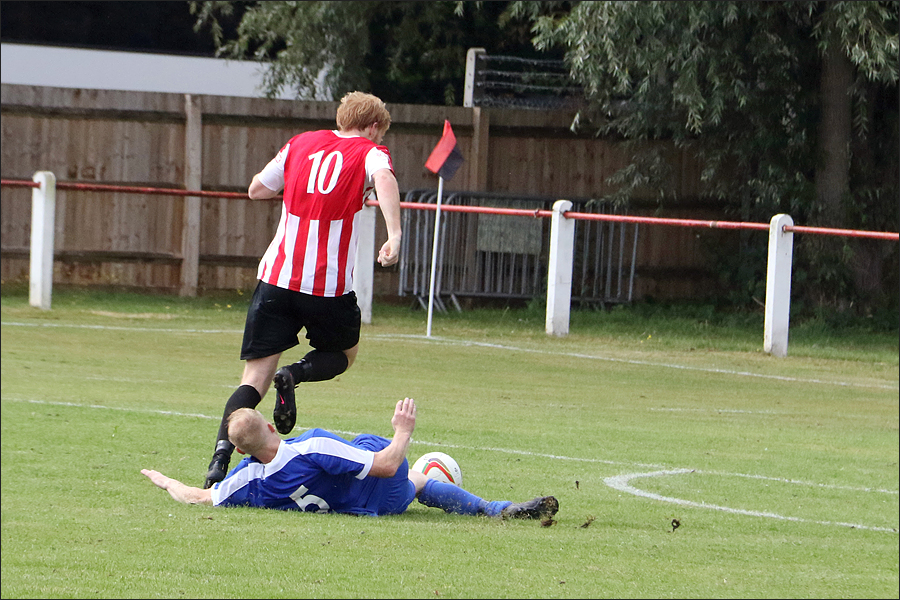