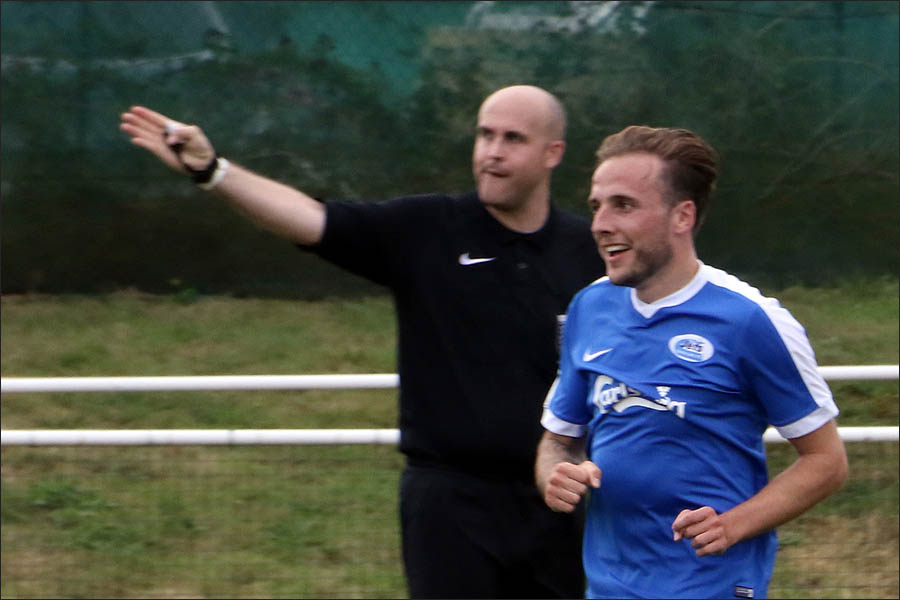 Inch perfect, that was the goal that gave Jets hope against early league leaders and unbeaten London Colney at the Boundary stadium.

Lee Stedman was again let down and needing to reshuffle prior to kick off and there was three debuts as Luke Lloyd was unavailable and solid defender Brad Thompson was serving the obligatory one match ban for the pathetic sending off against Colney Heath two weeks ago.

Jack Robertson was outstanding in Jets back four as Jets matched the leaders for long periods. It was 23 minutes before either side got a shot on target as the defences ruled and a deflection to a Luke Wells shot nearly caught out the outstanding Colney Keeper. It was only minutes later (28 mins) that a solo run by Luke Wells was played across to Tom Inch who, from 30 yards plus, curled a magnificent top corner goal that unfortunately for Tom eluded all the cameras as he was too far out! 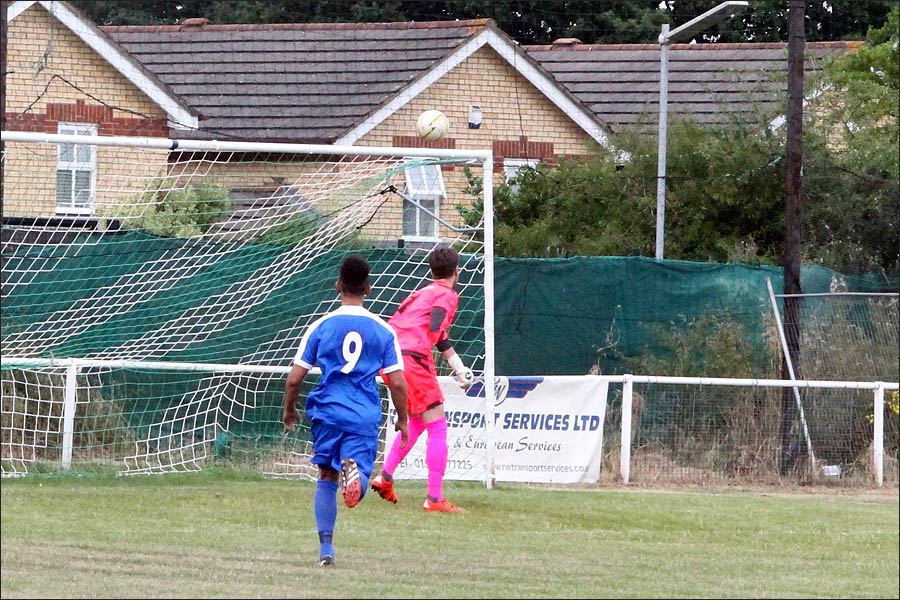 Tom’s 30 yarder heads for the net 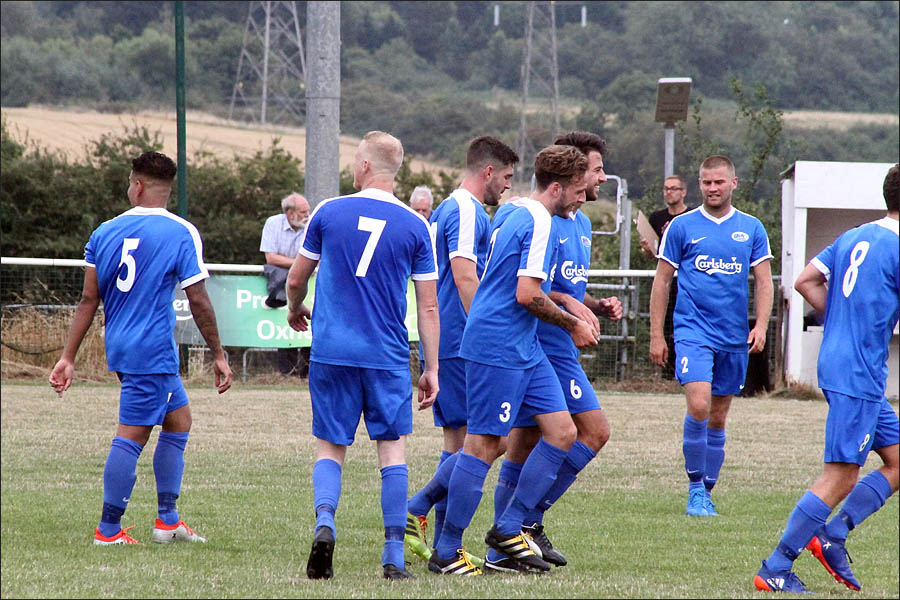 There were few clear cut chances by either side during the first period that Jets edged on forward possession. Half time Jets 1 London Colney 0

Last years league runners-up went up a gear after the break and Jets were pinned back for long periods but, except for the need for a couple of superb saves by Partington, Jets defending was excellent.

Luke Wells should have made Jets clear when he drew the keeper 1-on-1 but the slot agonisingly rolled just past the back post (48 mins). London Colney were to punish that fully as Remi Gill was turned and as he and Tom inch challenged the player went down and the referee responded to the howls going straight to the spot. Converted by Clements solidly 1-1 ( 53 mins). 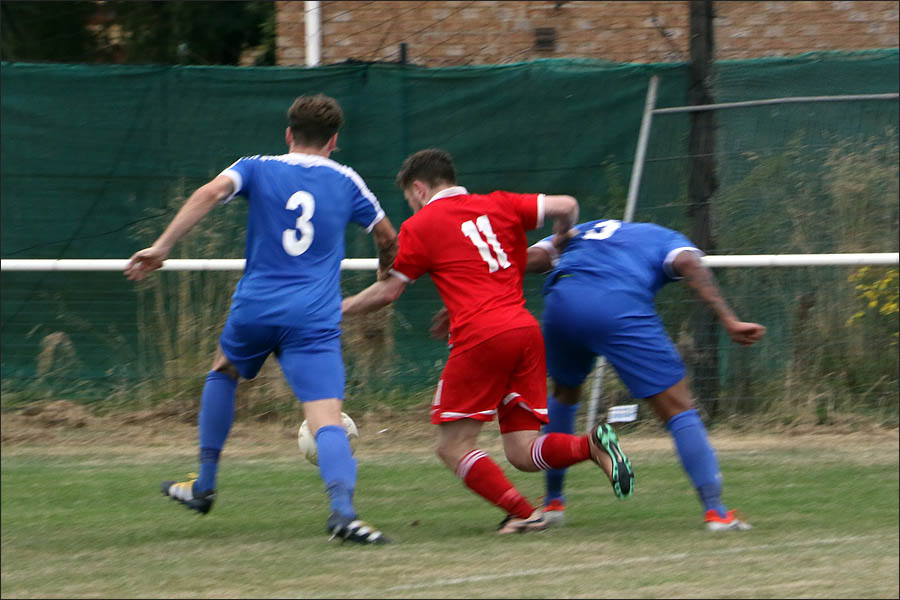 Tough call for Jets. Remi Gill and Tom Inch were judged to have fouled here 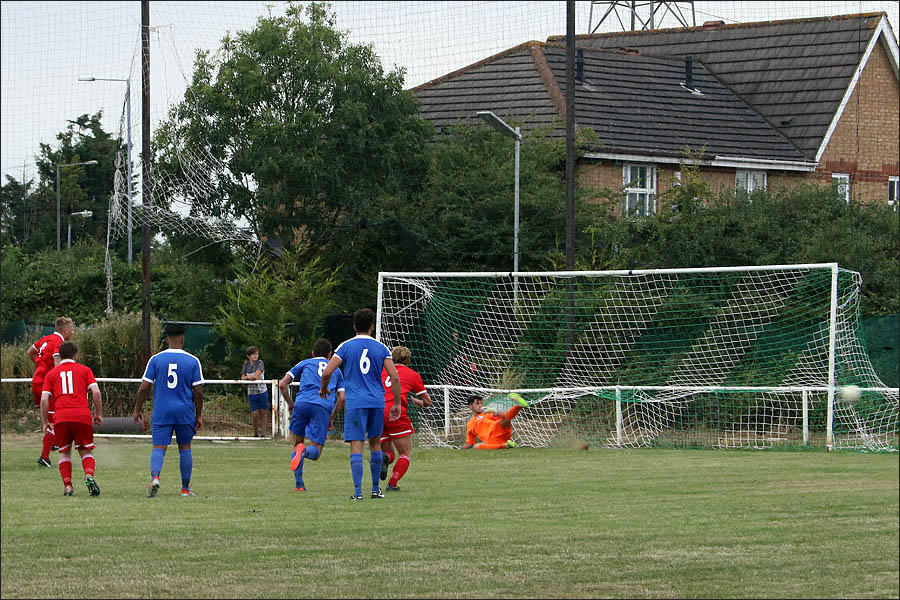 Colney level it from the penalty spot

Jets responded well and it was quite a battle for a while. Adam Lowton was denied by the Colney keeper and then a high pole vault jump by Lowton hit the bar with the keeper beaten.

With the clock hitting 90 Scott Pugsley again fouled as tired legs became lead and a brilliant save by Rob Partington deflected the chance for a corner and Jets looked to have got a brilliant point.

Ashley Morrissey, whose dad was a Jets player, curled in a corner that deceived Partington who looked to rarely hesitate and Scott Pugsley was static and lost his man and Spencer Clarke Mardel’s made a spectacular high flick into the net for a superb goal, but a heartbreaker for the Jets players. 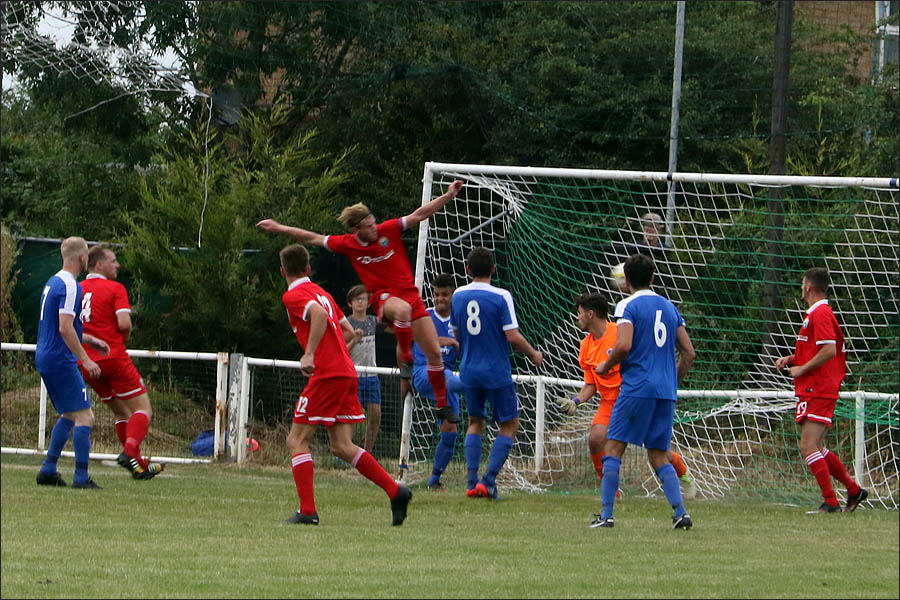 Heartbreaker for Jets as Colney score a stoppage time winner

The only sour bit of this in my mind was I personally feel Jets did not get the best of the match official today, Jets cautions were often first offences whereas in more than one case the same player from the visitors got a lecture, and the penalty …. well really !!!!  Best comment no further on that one.

Jets Carlsberg Man of the match was not really needing discussion, it was Jack Robertson on a superb debut. 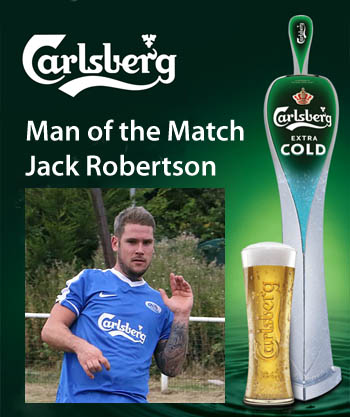 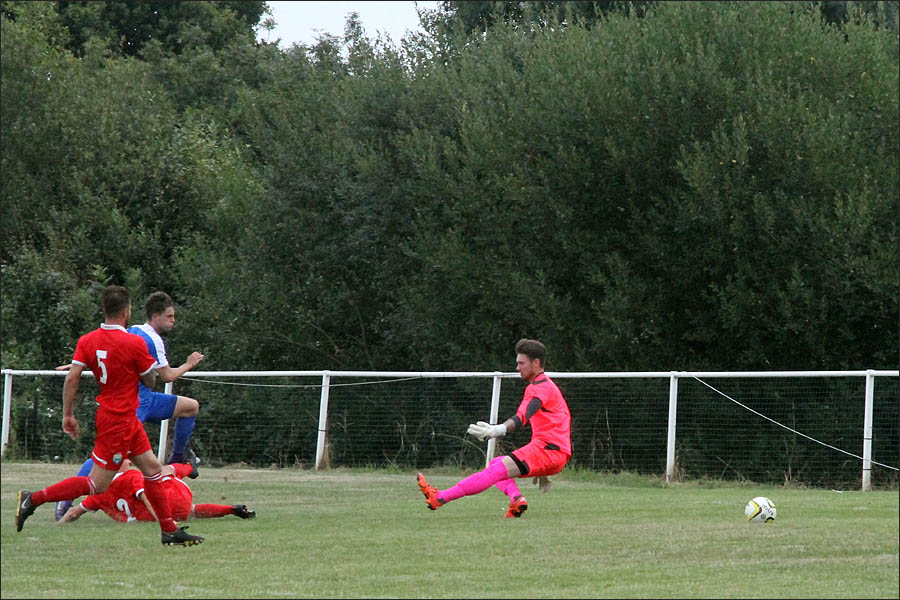 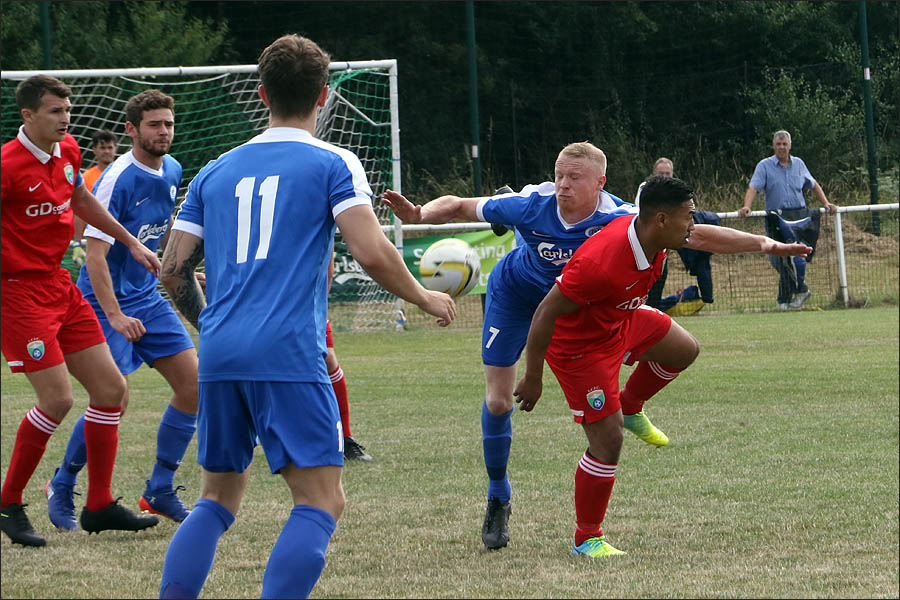 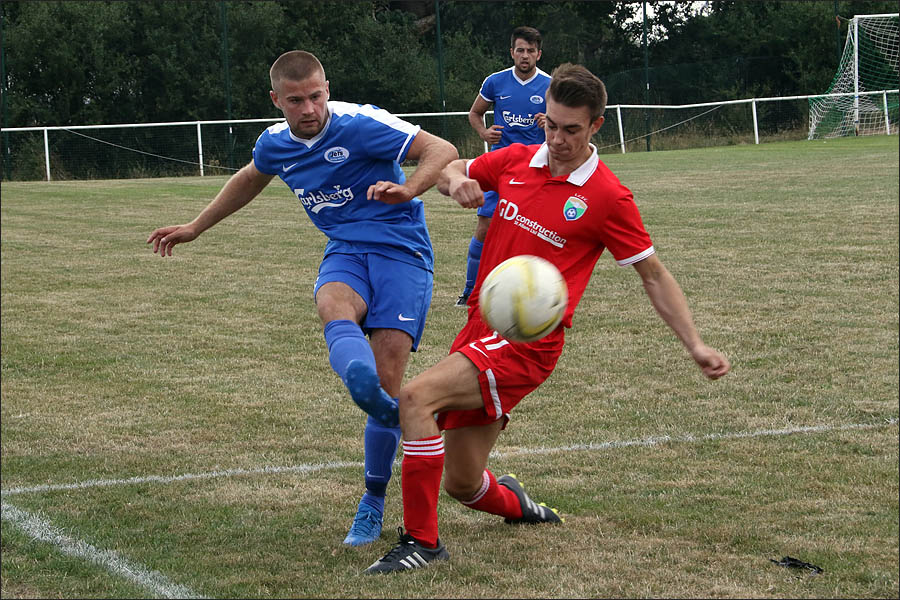 Scott Pugsley did well in the full back role 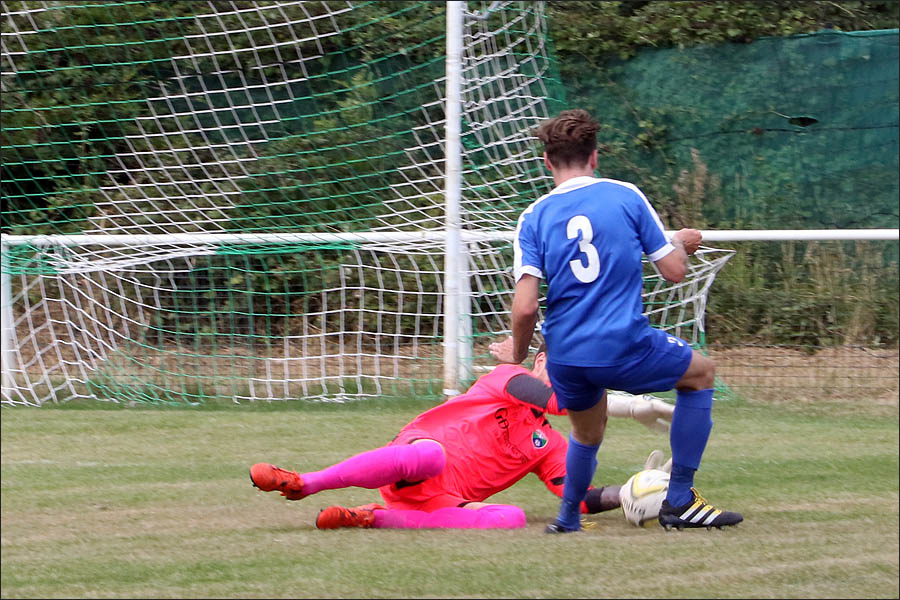 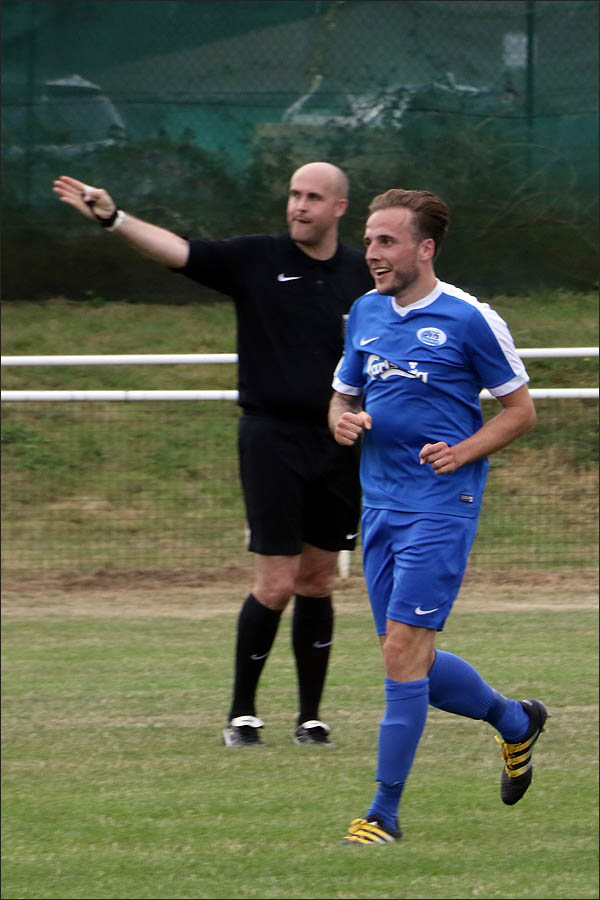 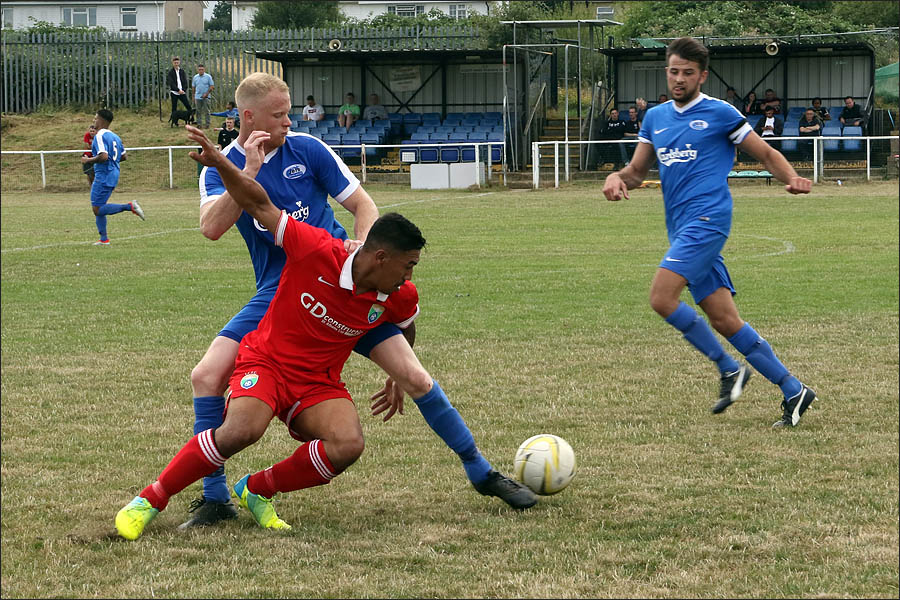 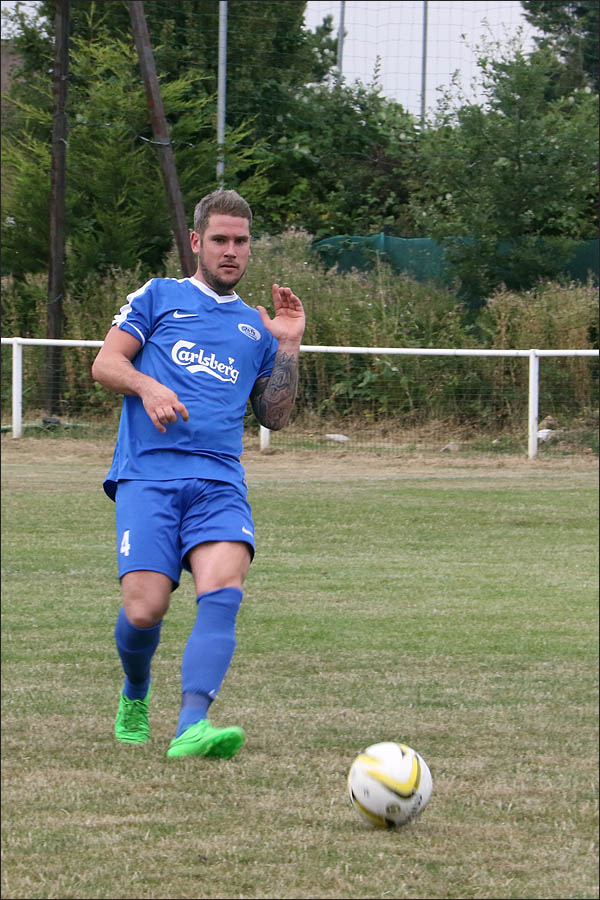 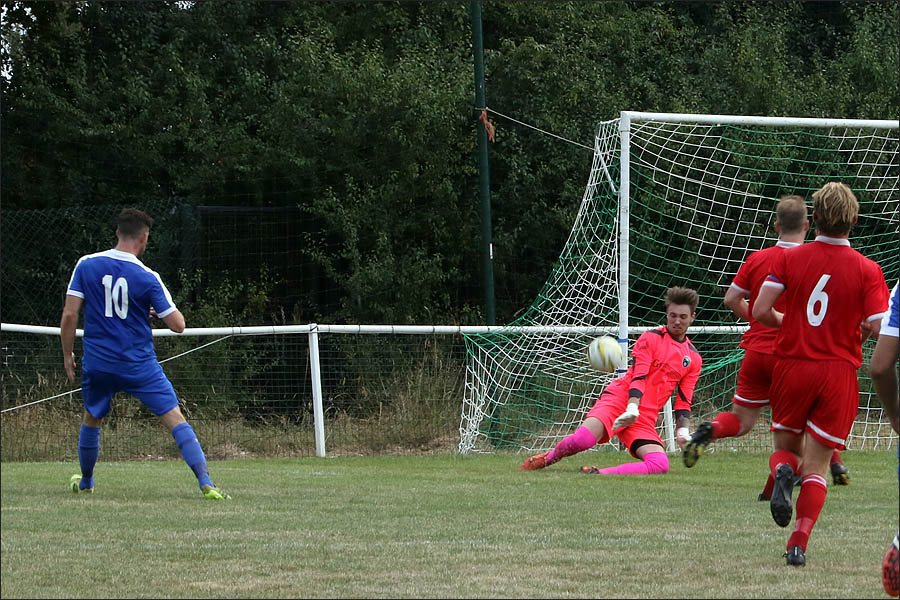 Lowts denied by the Colney keeper 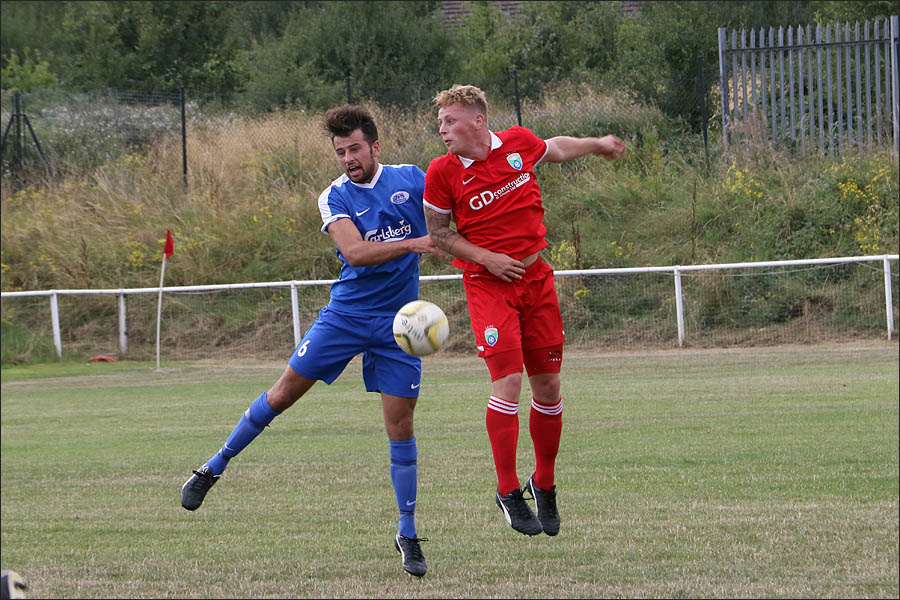 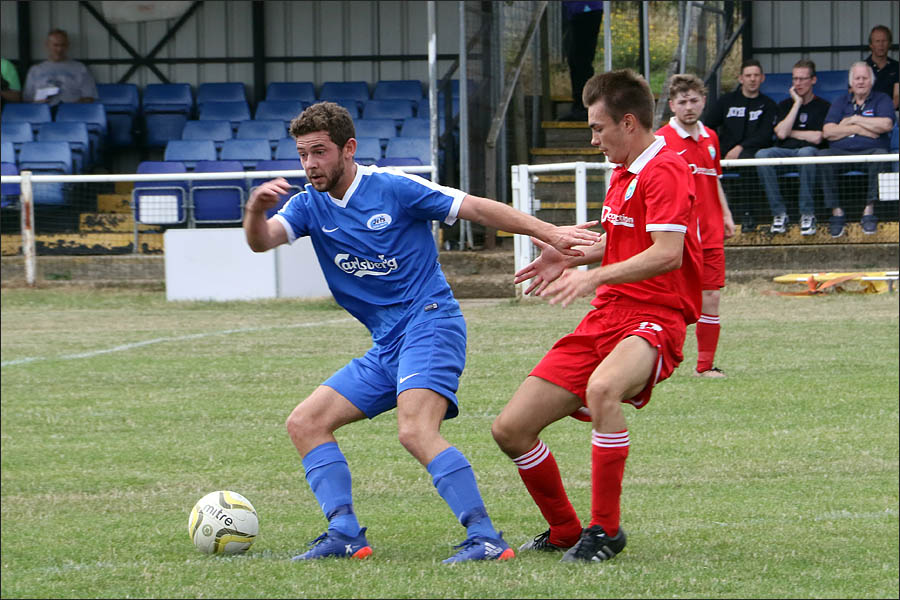 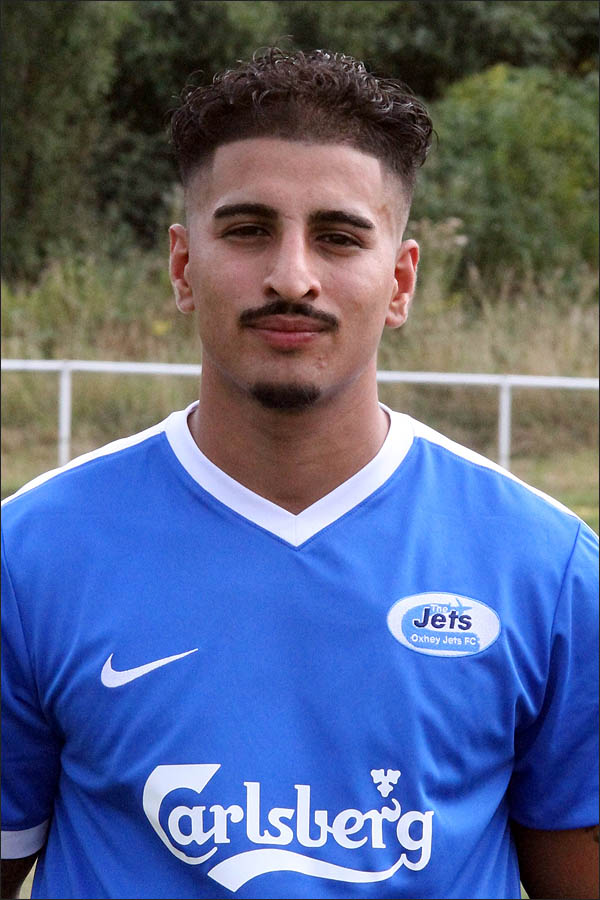 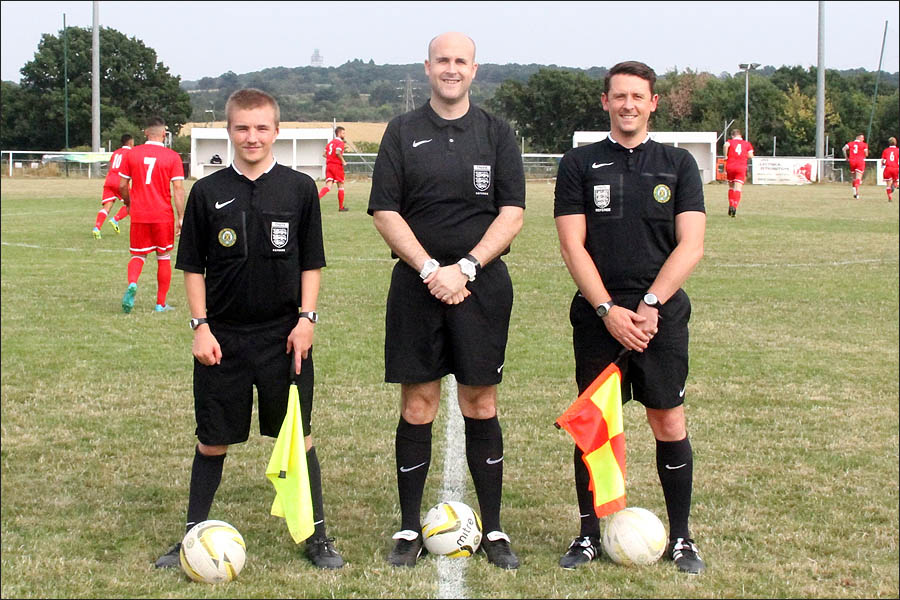