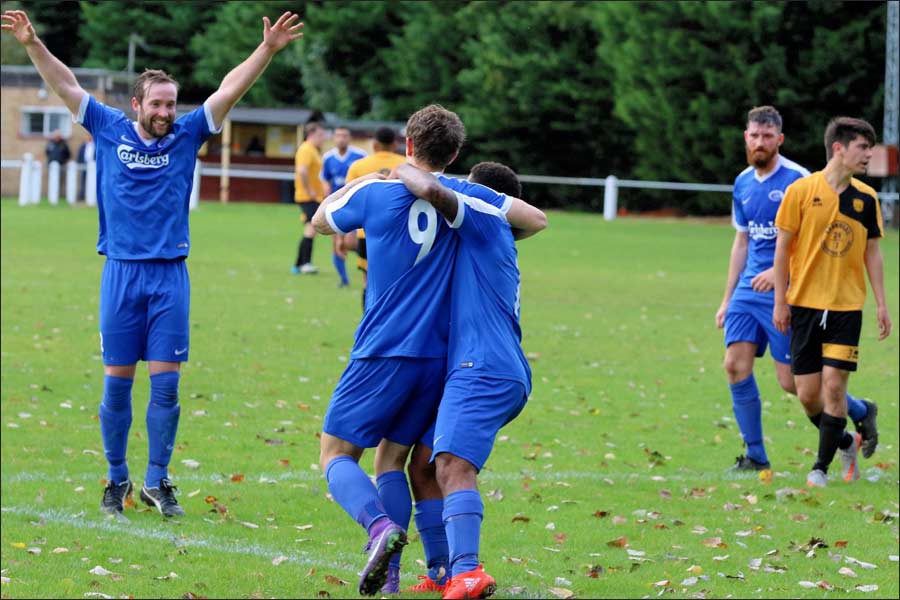 It was honours even in the Premier match with Stotfold and, although disappointed with the late goal to deny all three points, Jets will be relieved that with so many players out today and the manager away that they extended their unbeaten run after three wins on the road as the travel bug continues.

Stotfold had team problems as well today so I guess both were happy with the point and if you were neutral the two teams both sharing mid table positions deserved the draw. 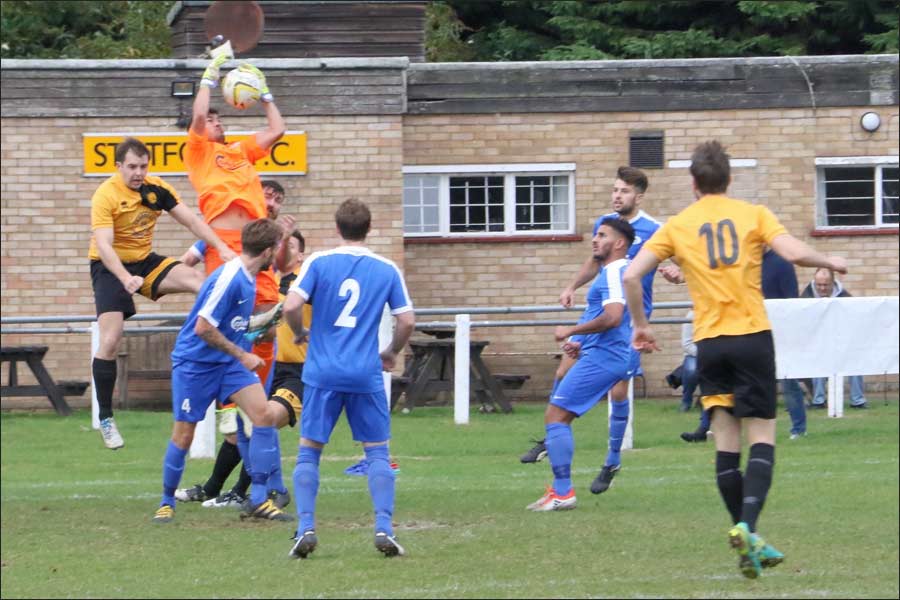 Stotfold had more possession and the Jets keeper was the busiest in the first period, but it was Stotfold’s keeper who made two blinding saves to deny Jets the lead, so it was a case of quality not quantity for Jets who played some nice football in patches, with Tom Inch returning from holiday to inject some quality play, while Sim Armstrong was the link man between the middle and the very isolated Luke Wells trying to work his socks off non stop in his lone solo role.

Jets had to reshuffle all around the pitch with key players missing all over so it was good to see them still so defensively solid which is a tribute to the forming new squad, we just need to tighten up on reliability a little as the regular demands of football at this level take their toll, and of course the incredible run of away games made worse by the cup draws which mean that three of the next four are also on the road again. 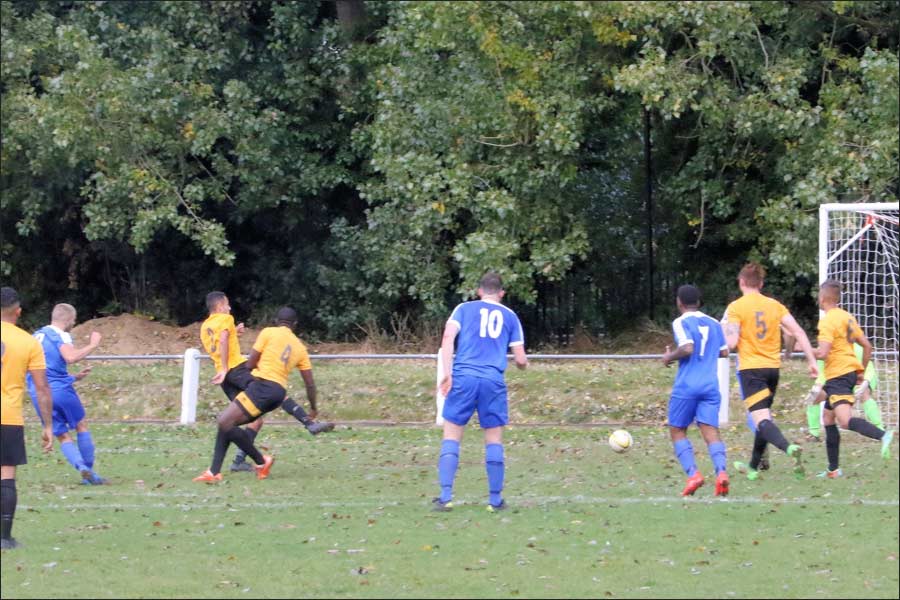 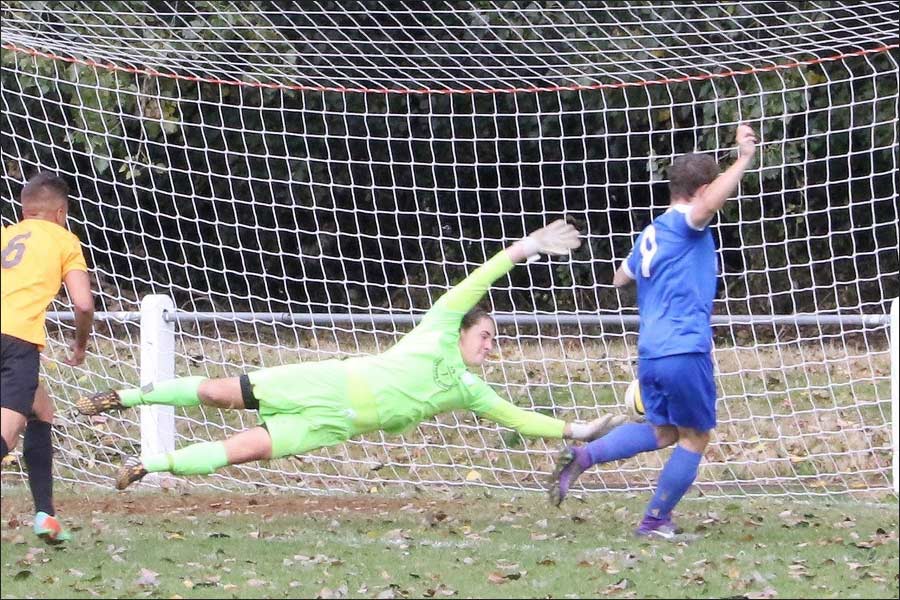 Luke Wells pounces to give Jets the lead

Wells and Armstrong were denied by the keeper before Scott Pugsley, who was Jets destroyer in the middle, latched onto a superb ball from Luke Lloyd to force the keeper to save at full length, but he could not hold and sniffer Luke Wells was on hand at the back post to convert 0-1 Jets (41 mins). 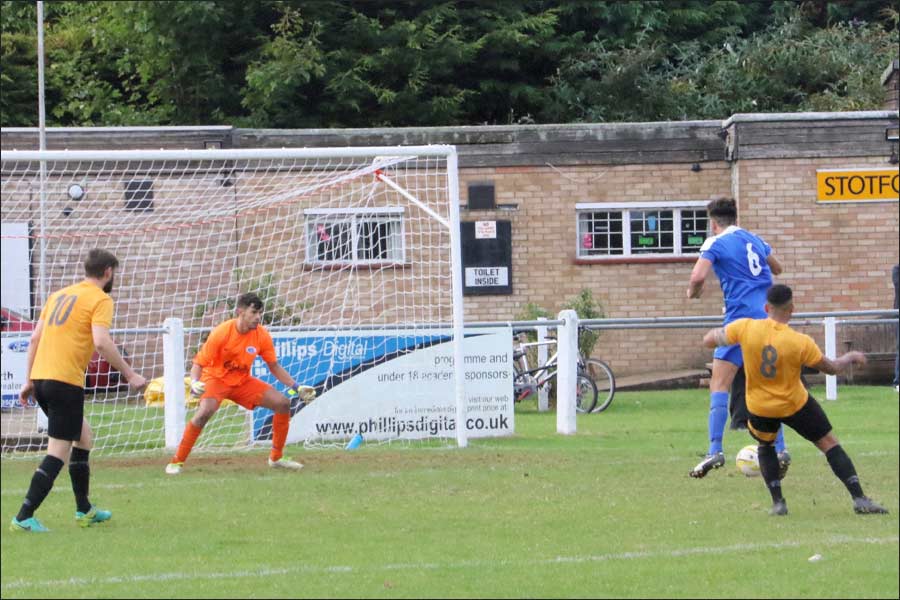 Safe till the break, nope not today, there was time for a superb shot by Stotfold, a curler around the defender and hit the post with Partington beaten, then straight up the other end for Luke Wells to hit the post again with the keeper beaten. Half time Stotfold 0 Jets 1

The second half swung the opposite way, Jets had more chances but it was Stotfold having far more of the ball and looking more and more dangerous as it must be said Jets general match fitness looked questionable ! 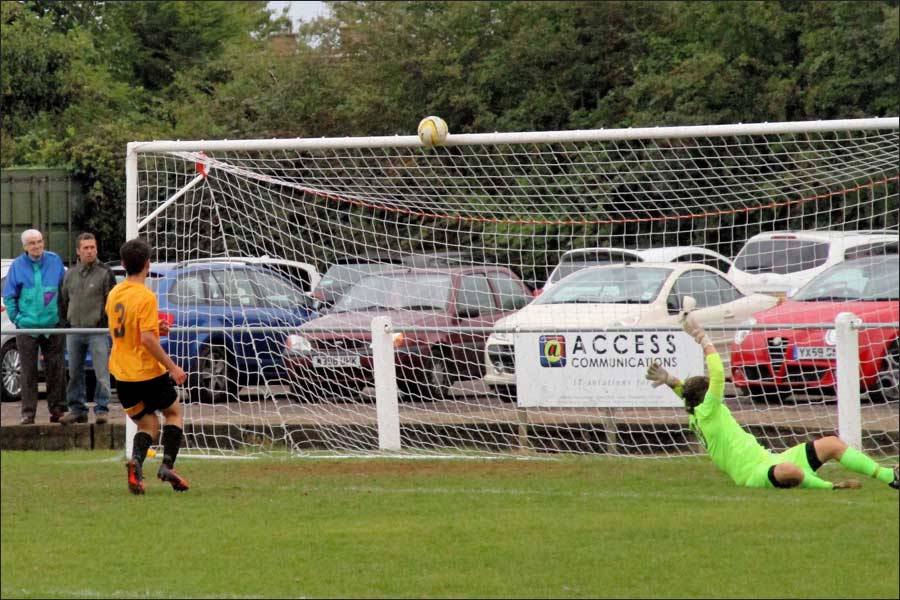 On 49 minutes Stotfold looked to be level but Bar Hariely saved the day clearing off the line, then incredibly Jets thumped the crossbar at the other end in this end to end tie.

Warren Gladdy who took the manager’s role today, and it must be said has not lost this season while covering Stedman’s holidays, made the changes to try to hold on, and added pace with the returning Martin Netzer and it was a debut for a new academy intake and very promising player Marco Geremia.

Netzer added dangerous pace to Jets but the defence held firm then Gladdy himself had to come on due to injuries. 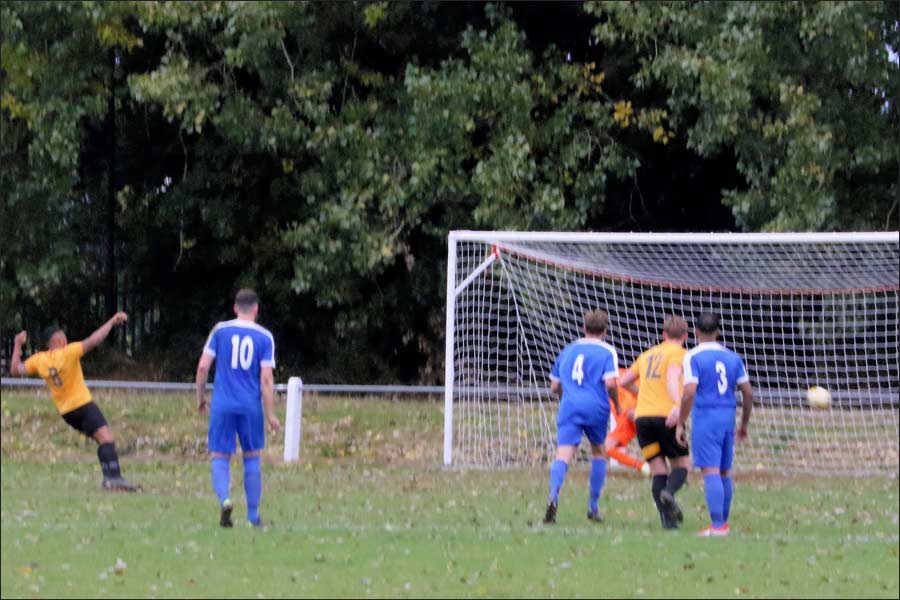 Stotfold convert from the penalty spot, 1-1

Time looked to be running out and Jets looked defensively sound but then a rash diving challenge by Luke Lloyd tripped the Stotfold forward and the referee was right up close to correctly go to the spot, and it was converted 1-1 (84 mins).

Both sides went for it and both had good penalty appeals turned down, Jets maybe a bit luckier when Gladdy caught a player with a high tackle that was luckily clean ball although head high, while at the other end young Marco was flattened from behind, but the youngster found out at this level time to ponder and prepare is deffo not on the agenda.

Full time 1-1 and as I said in fairness both sides I think deserved the point and both sides it seemed had a difficult team day. 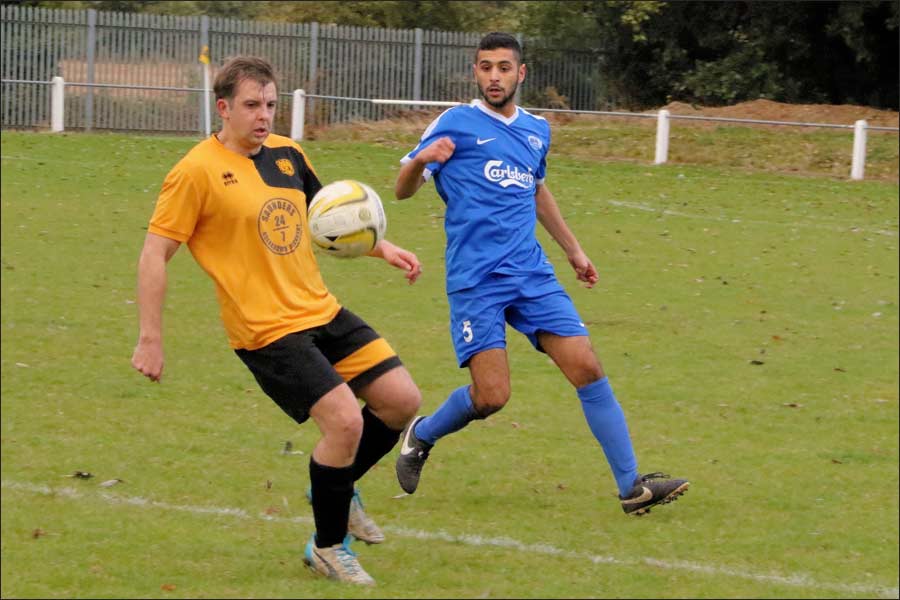 Man of the match was contested. Skipper Bell nominated Armstrong, and Luke Wells had worked himself to a worn out canter before a calculated thump ended his match. The final decision was made by Warren Gladdy who went to Bar Hariely who, despite carrying an injury, was outstanding defensively for the travelling Jets.

With the Reserves so many players short due to the first team problems and many of their experienced players missing as well, Jets earned a superb 3-2 home win over Stotfold. Trailing by a goal TJ, an academy lad, equalised on the half time whistle, then trailing again Jets pulled level again via Eves, then TJ scored a dramatic winner just seconds before the final whistle.

The West Herts (Vets ) also got a win on the road 3-4 at Harpenden with goals from the old silver fox Ian Holdom, Chris Harding and Nick Debenham, and again a late winner this time from Chris Chase to give the 4-3 win.

Definitely a better feeling all around this season. 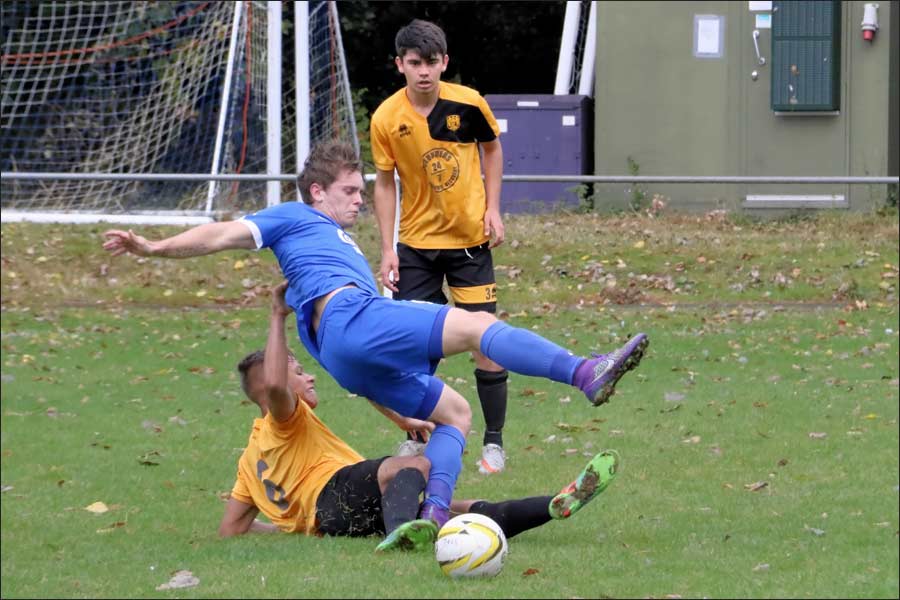 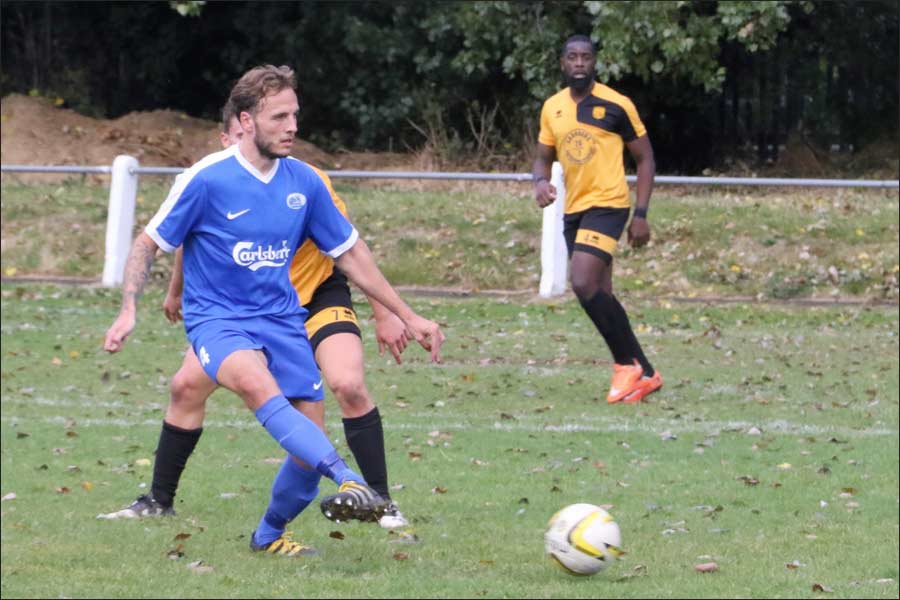 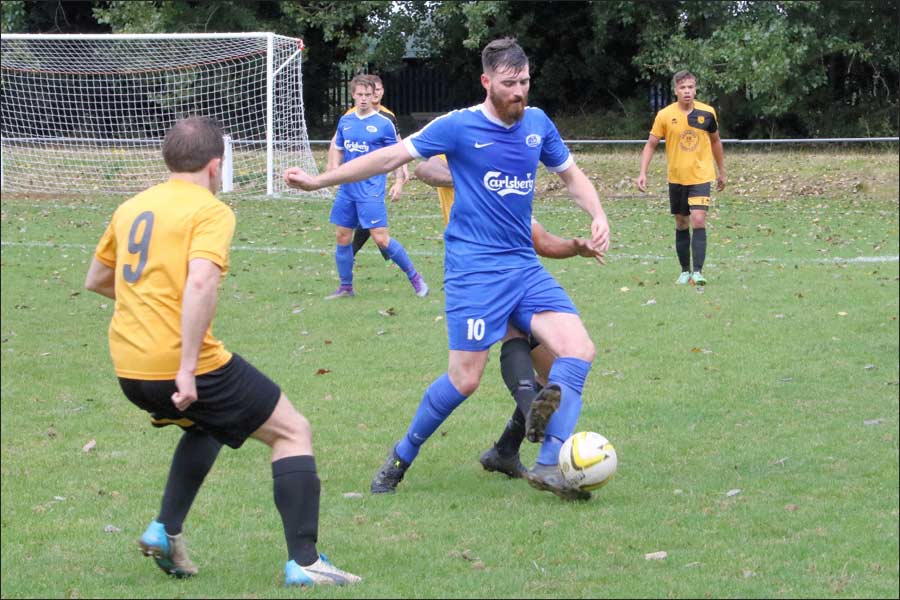 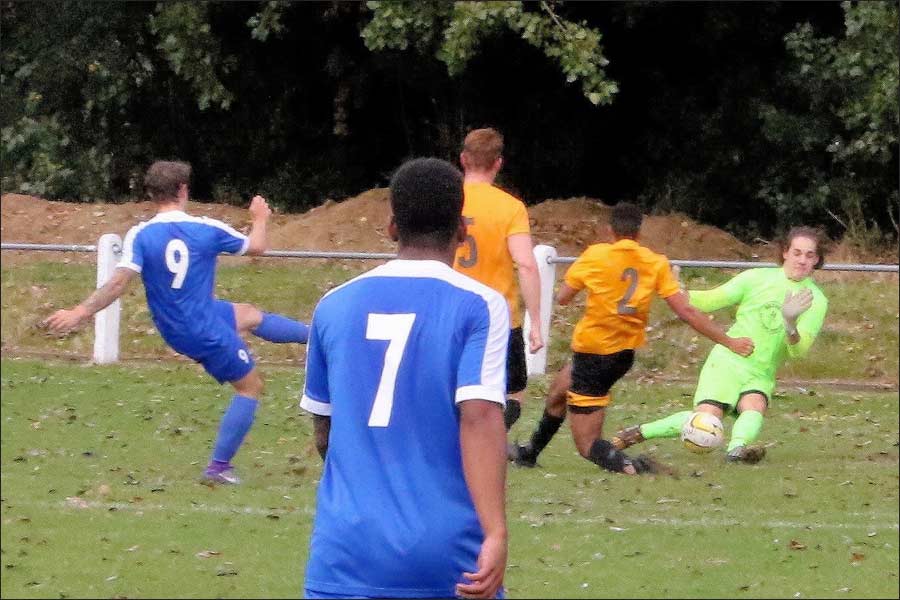 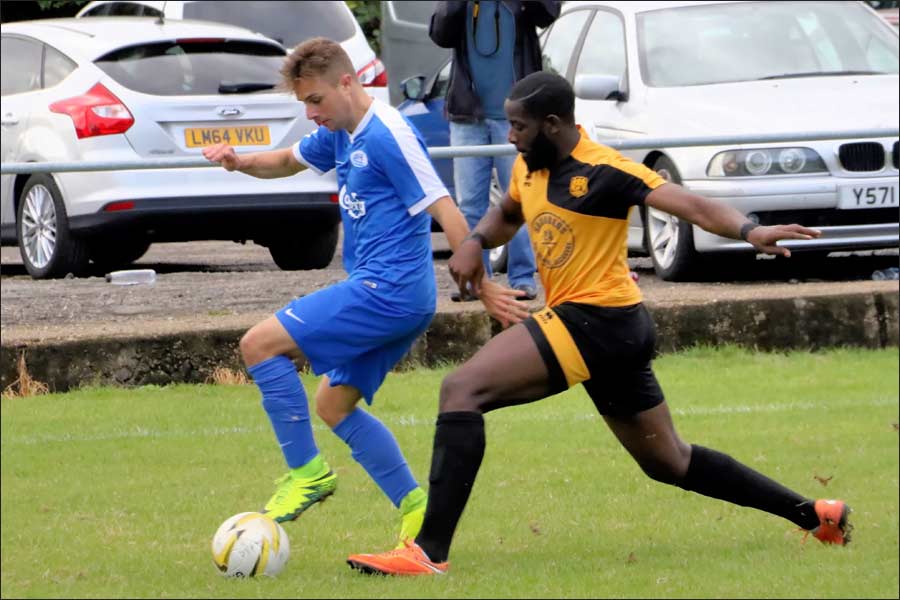 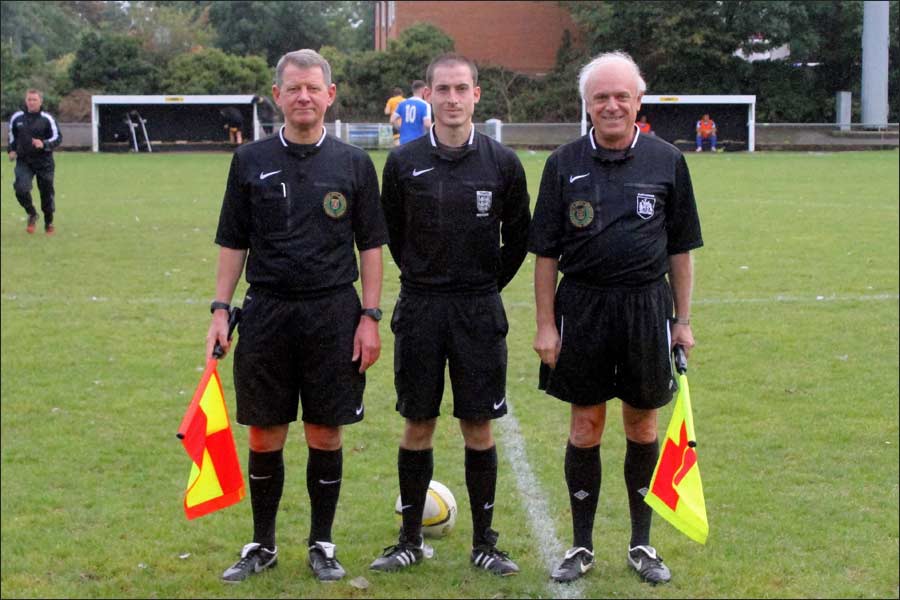 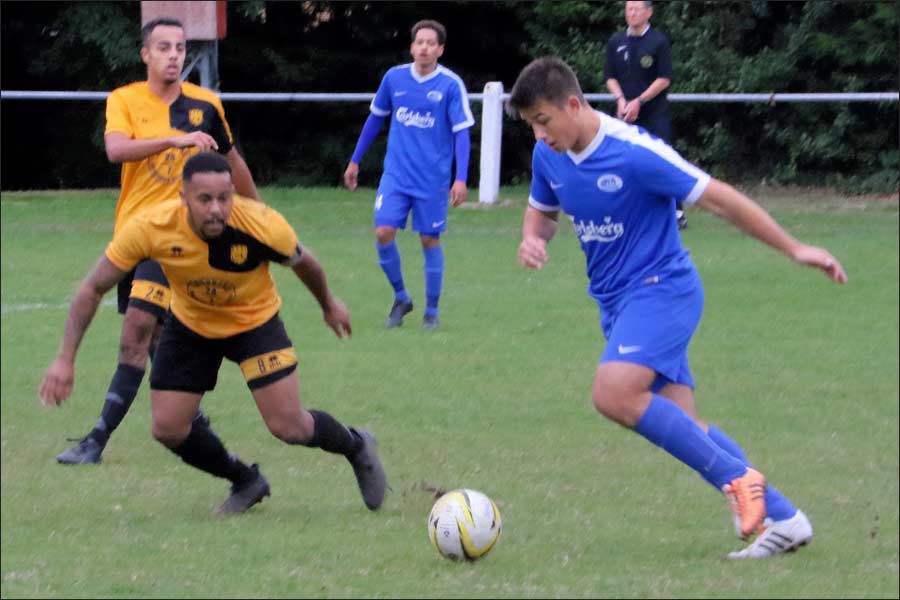 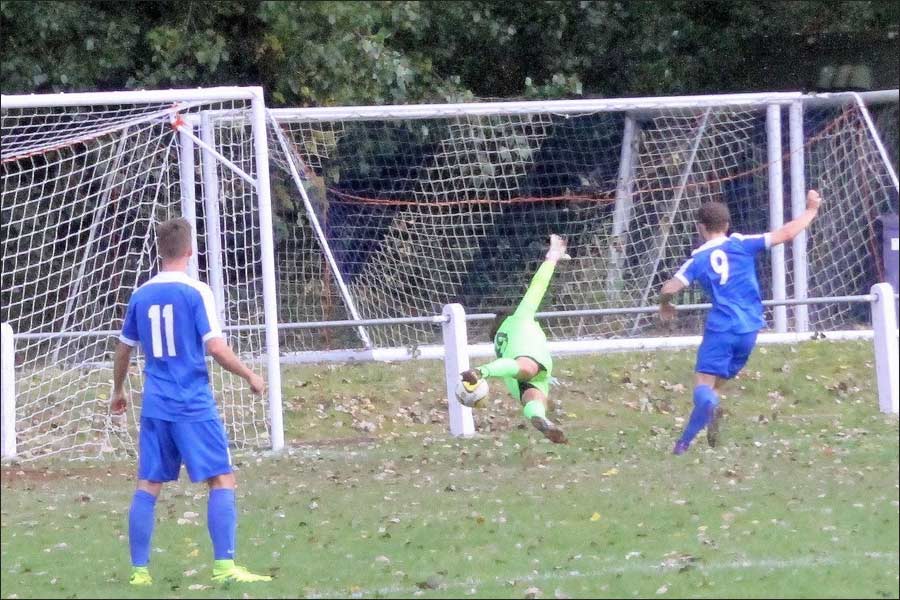 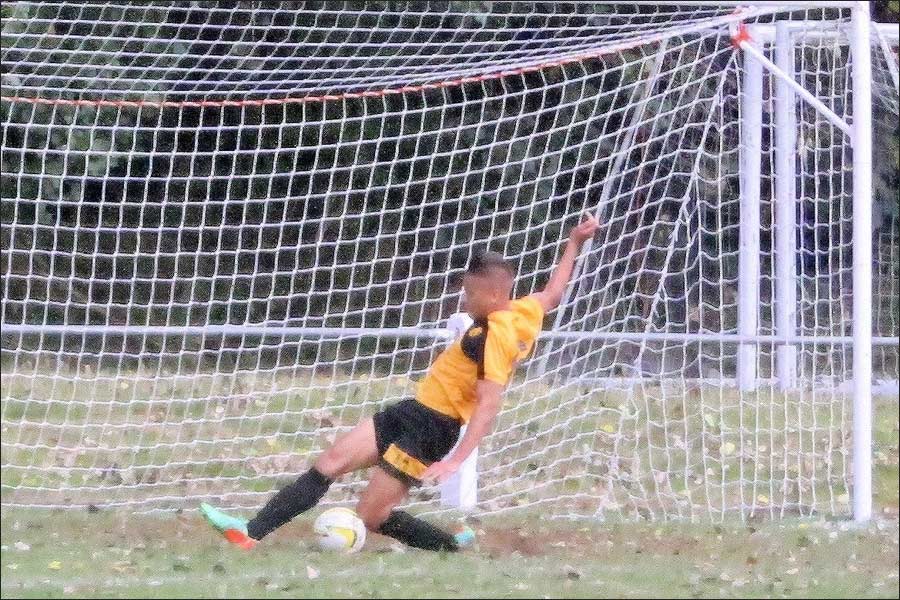 Jets denied on the line 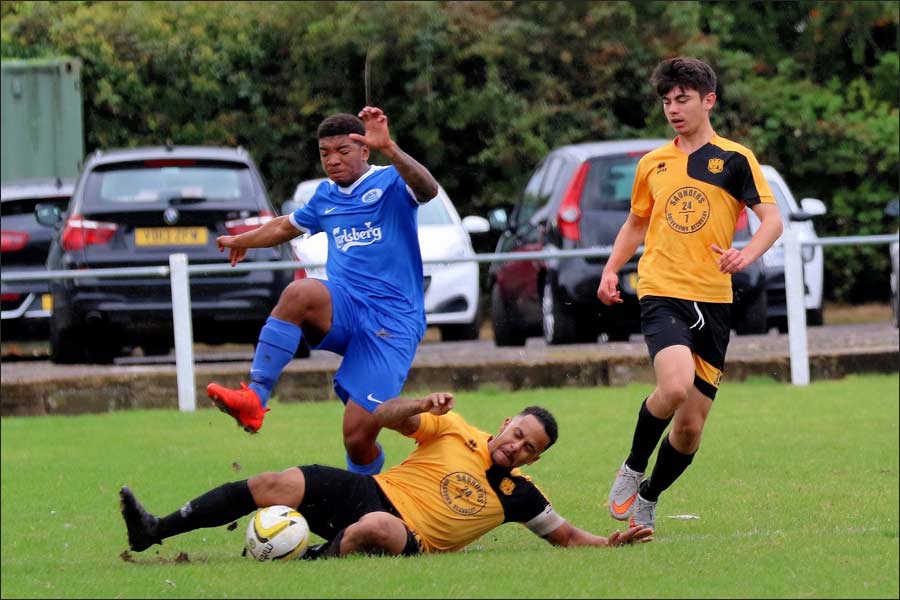