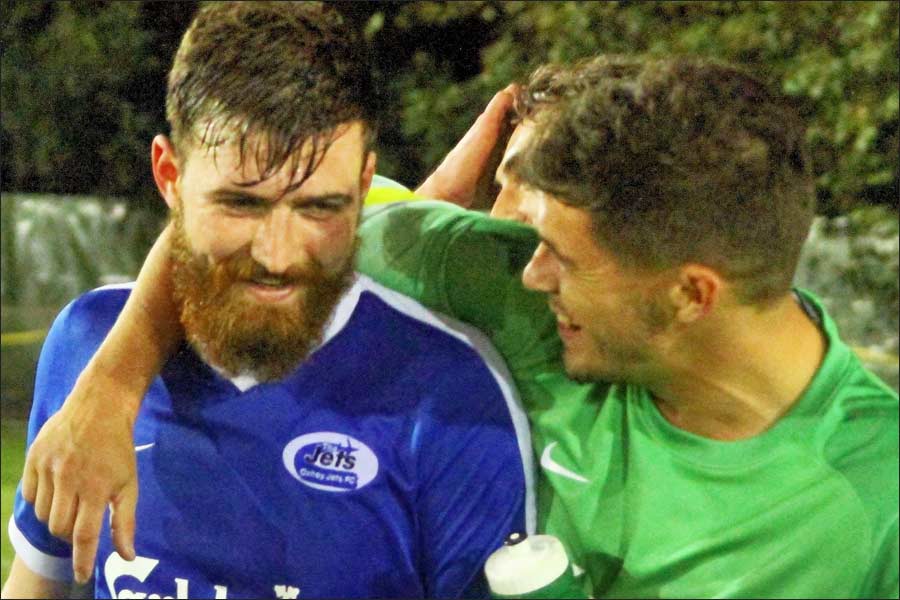 Jets dug deep and battled to a rare and fantastic away win at Hoddesdon Town in the Herts Charity Shield quarter final.

With two players taken ill prior to the game Jets just had the bare 12 at the match. The first half was Hoddesdons and the second was Jets in this midfield battled contest.

Jets to a man had to dig deep against a good side and they will again be a little disappointed with their distribution that at times caused them problems, but that was eliminated and made up for by the 100% work rate to give their all for the cause to win a shock away win and needing to come from a goal down. 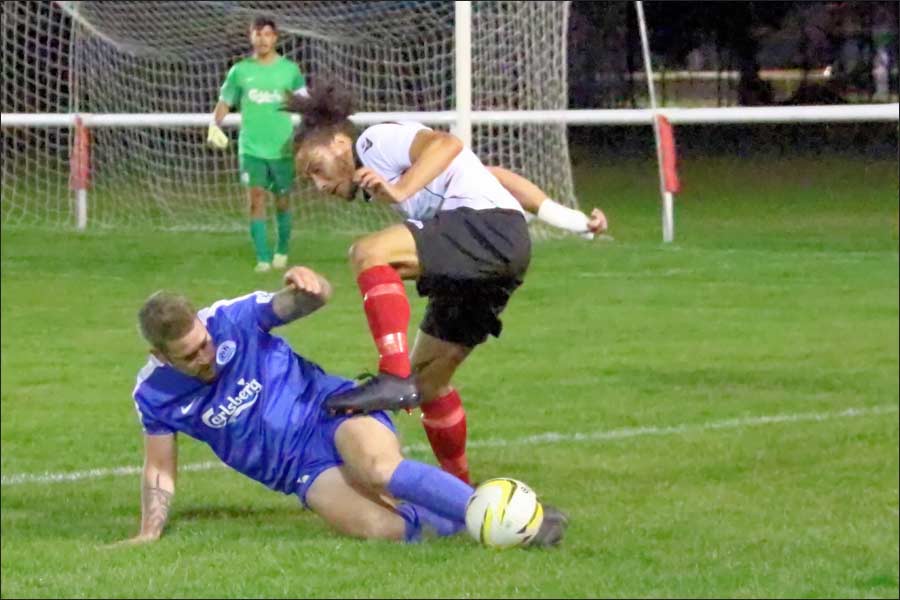 A tough battle between Robertson and Rose

In Rose up front Hoddesdon had a full time menace and Jack Robertson had to be on top gear to stop the excellent striker, and he was, it was a bruising manly battle and intriguing to watch.

Jets fell a goal down and it was frankly slack and poor and Hoddesdon took full advantage of it, despite Rob Partington bravely denying the first attempt the wicked deflection fell straight to Connor Scully to tap into the empty net (7 mins). 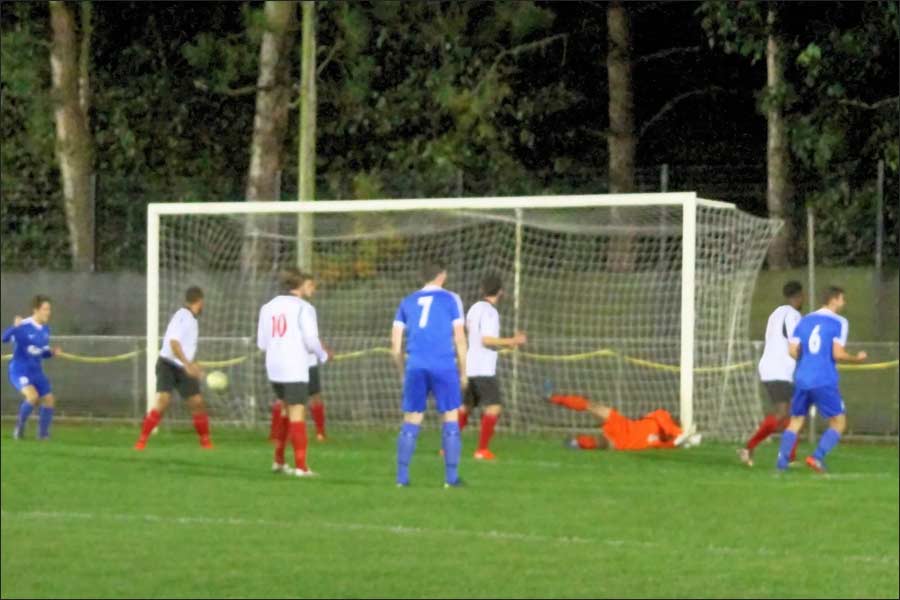 Jets responded instantly and went on the attack from the kick off and the resulting corner was shot by Remi Gill and the rebound went back to him and his curler went in at the back post 1-1 (8 mins).

Town responded and only a super save from Partington stopped another goal in minutes. Town the rattled the bar with the keeper beaten and three excellent saves held Jets in the game. 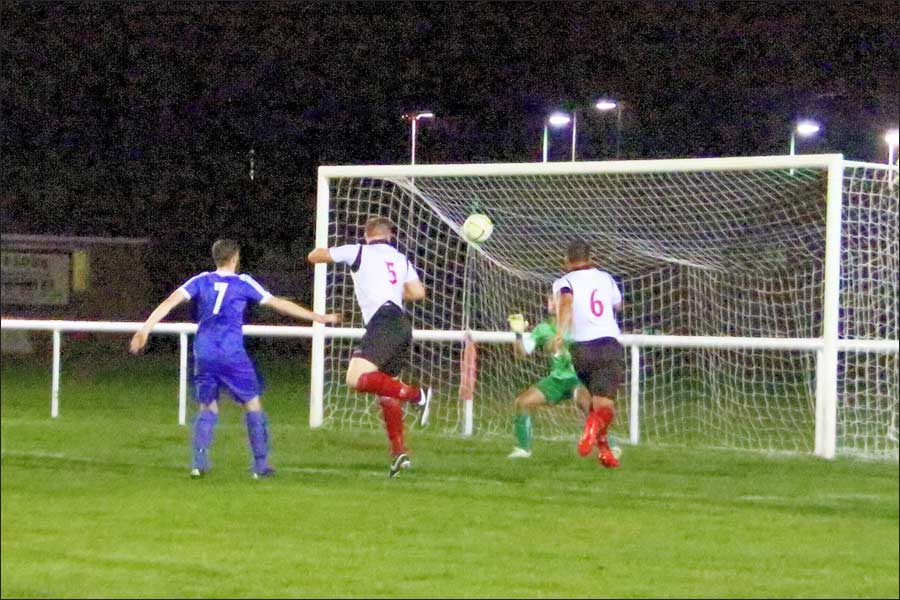 The feisty contest was continuing with Robertson and Rose and Jets were getting stronger and full of running and slowly grinding their way into the match.

Jets had a big penalty appeal turned down and the back four were faultless in the perfect tackles to frustrate the home favourites and Jets were more pleased than the home side to hear the whistle for half time.

In the second period Jets seemed to have taken the sting out of the home side and it was Jets enjoying more possession, although chances were rare until the final fifteen minutes when Jets seemed to smell a chance and pushed on more.

Manager Stedman threw on the extra forward and Jets started to edge a little, while always digging in deep when defending. 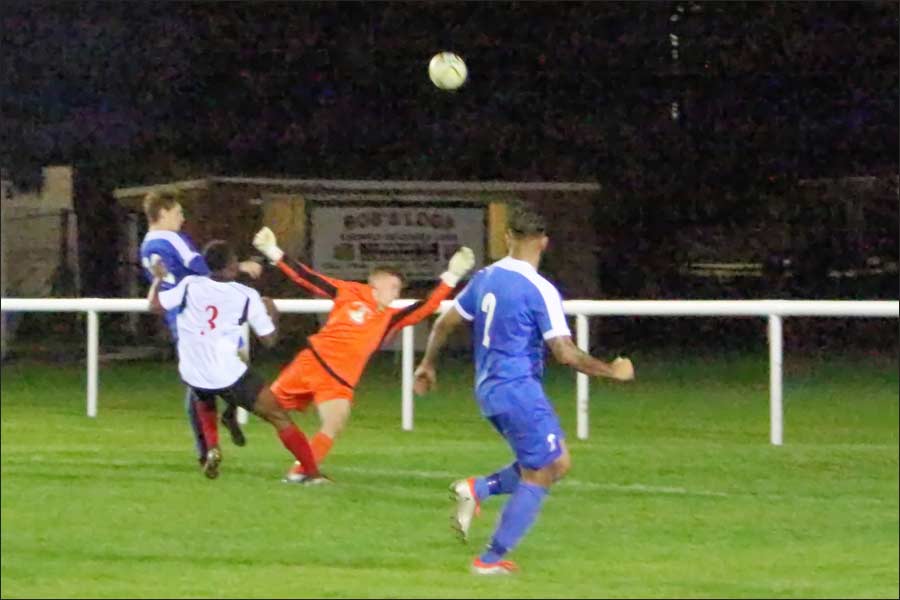 Luke Wells heads onto the crossbar

Luke Wells headed against the cross bar with jets former keeper Harry Smart beaten, then Smart denied Jets with an excellent brave save and the rebound bounced inches past the post. 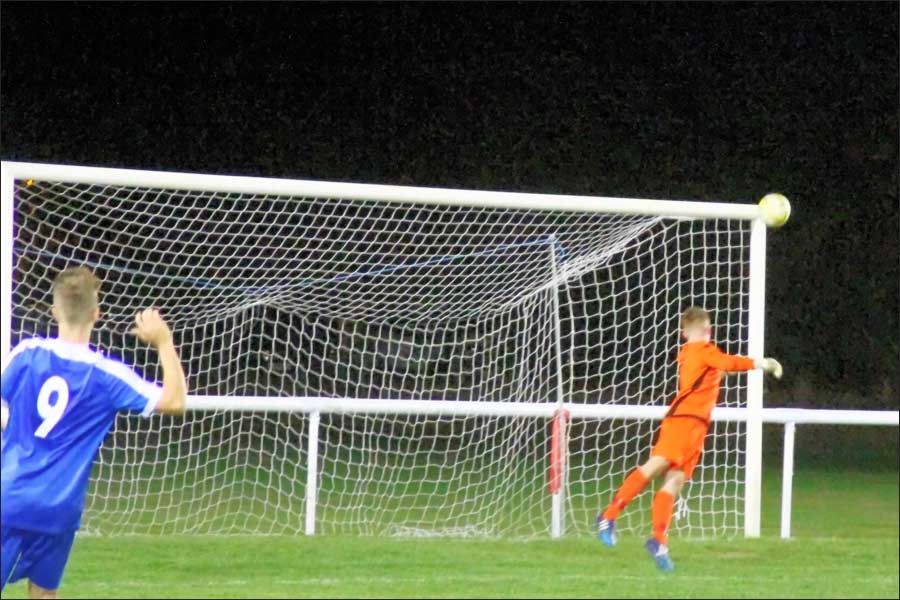 With the game deep into stoppage time it was Jets attacking but now Hoddesdon were defending tight and with Wells and Brown clear the final ball was poor and the chance gone, but the ball was battled back and Sim Armstrong ran and turned and went again and again then with a strut let an unstoppable one go which went up and over and curled right into the top angle, unstoppable for any keeper and in the net for the dramatic winner.

Hoddesdon went straight at Jets and a double corner cleared and the final whistle gave Jets a really morale boosting win away from home in difficult circumstances.

Stedman refused to give a man of the match, it was a team performance, but a special mention for young Luis Mateus on his first start he did really well in a real man’s game.

Jets reward is a semi-final at home to Berkhamsted who beat Welwyn Garden City on penalties tonight. 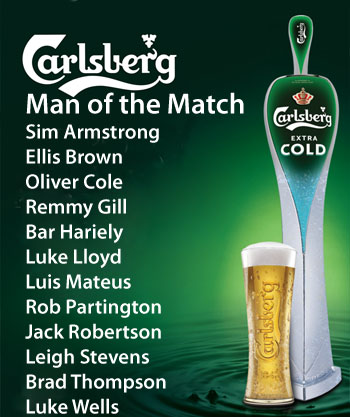 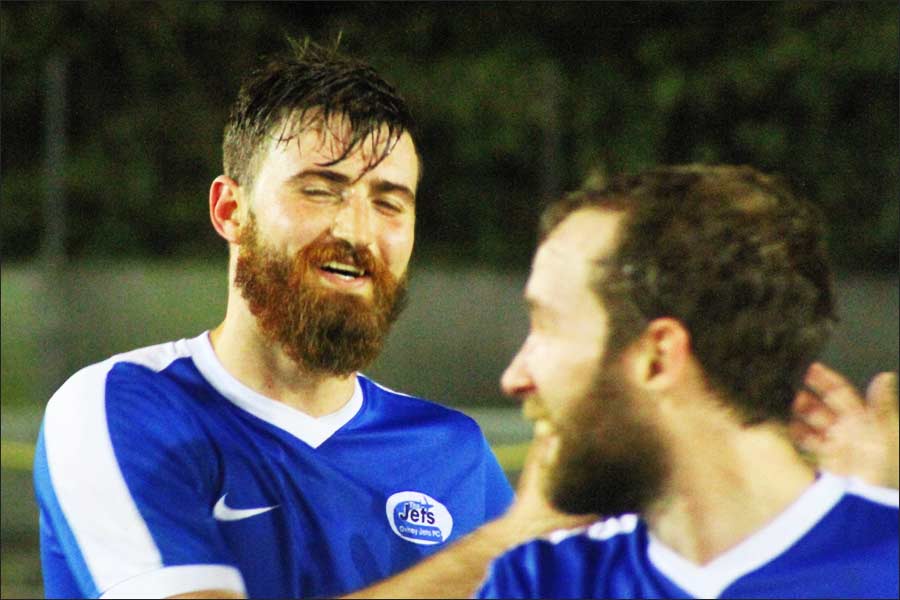 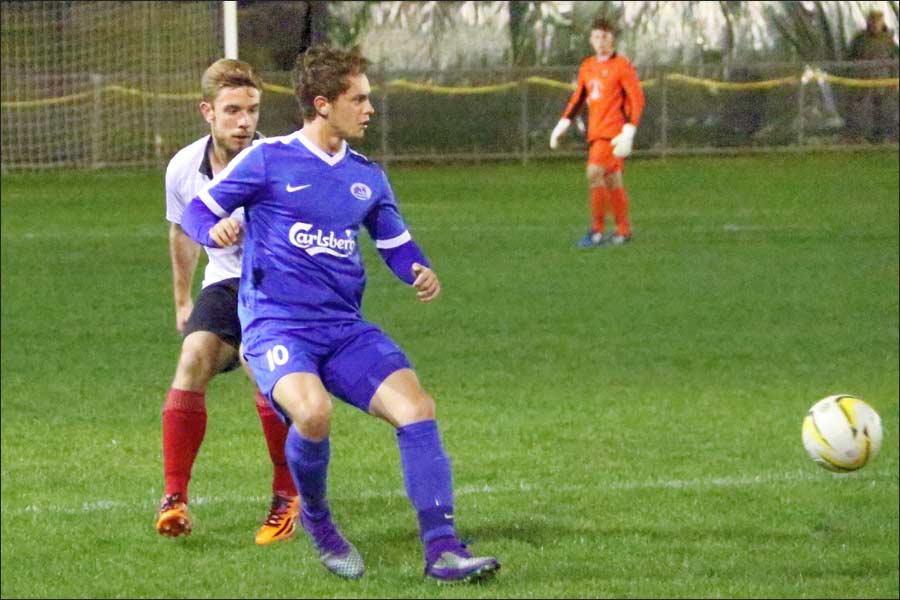 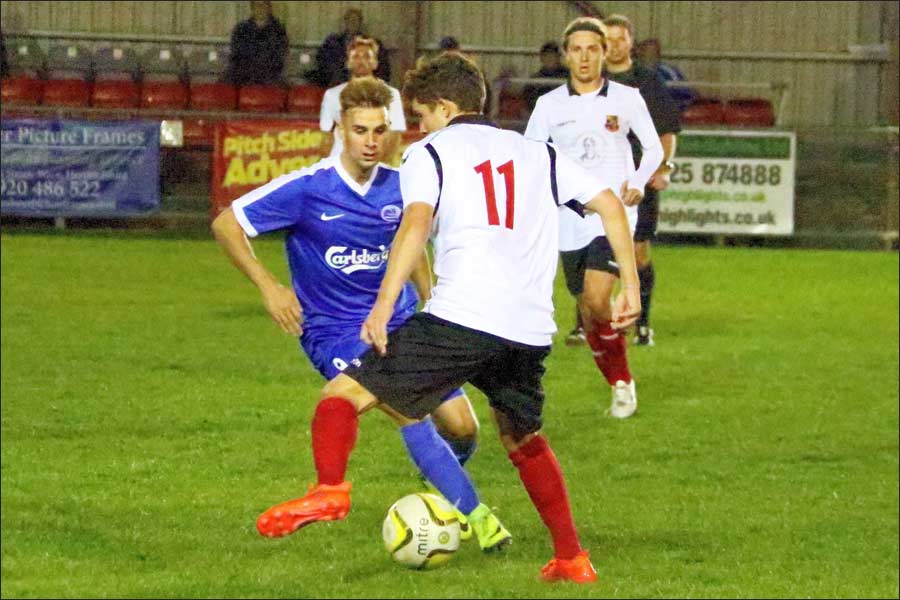 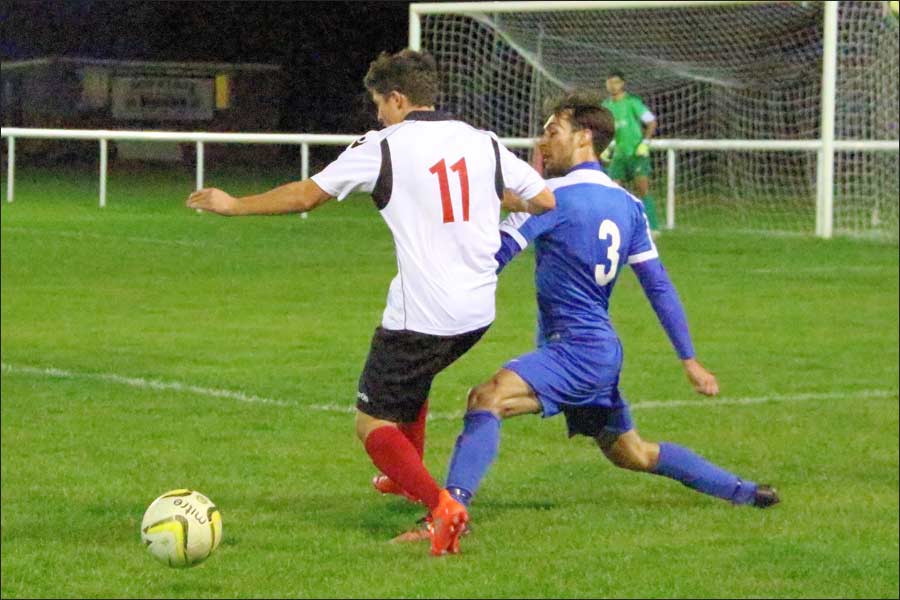 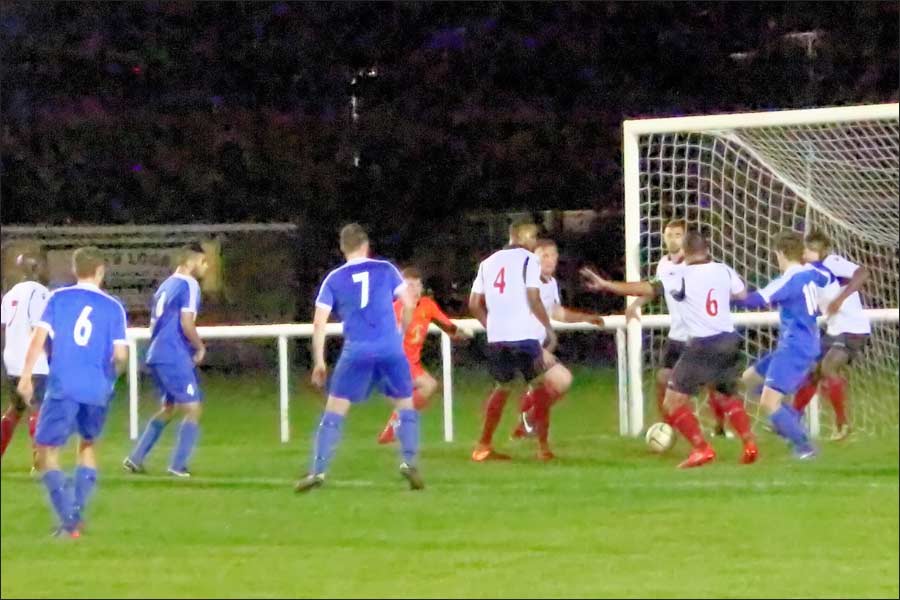 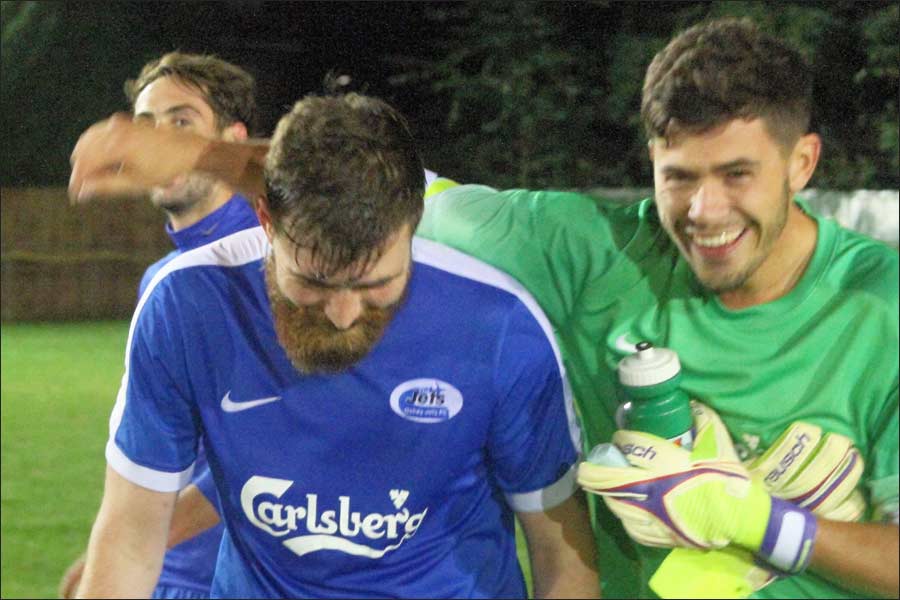