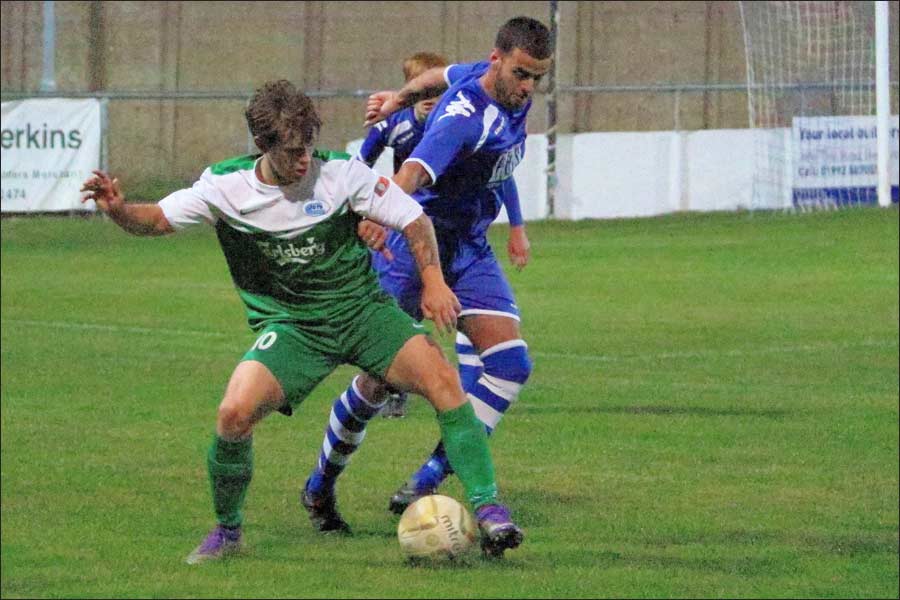 Jets fell at the first hurdle in the Premier League Cup last night to one of the top sides in the division, Hertford Town, in a game that will give them a lot of hope as the rebuilding continues.

Yet another road trip, in now what is becoming a boring strain on players fuel and time with the next round again away I’m not sure many will be too upset at the early exit, with the cup draw bag seemingly to have conspired with the FA computer to go for a world record of away games in the first half of the season.

Jets had a strong squad available tonight so it’s a good comparison for Stedman’s team versus a Hertford side that with many games in hand can catch the early run away leaders London Colney for the promotion place that the money bags teams are chasing.

Jets played their part in a very competitive 1st 45

It was a tight and intriguing first 45 minutes with a defensively solid performance by Jets, but again relying on the exceptional work rate upfront of Luke Wells to break the opponents, and Hertford boss Kevin Kelsey admitted he watched and was impressed with at Hoddesdon last week so I guess that explains the extra men assigned to nullify the striker tonight. 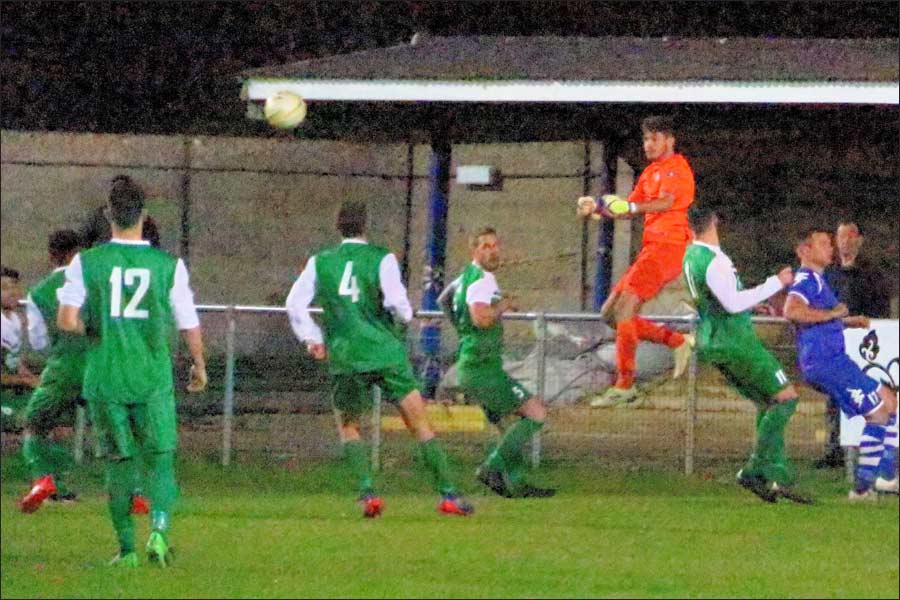 Another good match from the consistent Rob Partington

Rob Partington was the busiest keeper obviously with their standing and the last info in mind but it was bread and butter stuff and both sides will be disappointed having hit the car park a few times with shots and free-kicks !

Hertford take the lead with a well taken penalty

The second half really saw Jets fall out the game and the reality was the game became more one way and the outcome no surprise although the breakthrough was a bit soft in Jets opinion (nothing unusual there about penalty awards) but the decision described as bolt on by FA officials (also no surprise there when they are defending referees decisions) but the outcome was the same 1-0 to the home favourites converted by Ed Taylor. 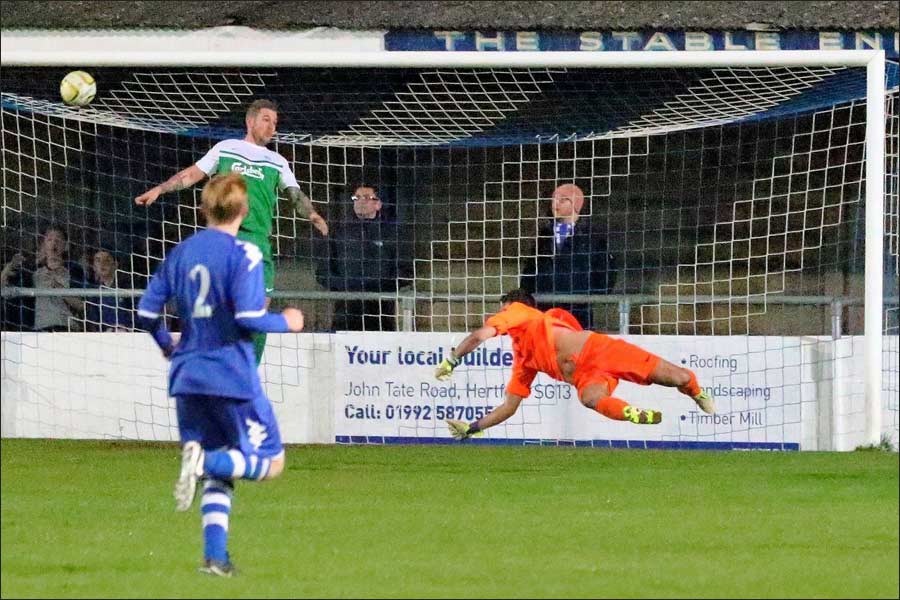 Jets saved by the bar

Jets had a chance almost converted by Ellis Brown but it was rare clear cup chance for Jets who were visibly wilting and the crossbar saved them from more damage before Andreos’ solo run and slot effectively ended the tie.

Tom Inch had to be withdrawn with a back injury

Jets lost Tom Inch to injury and after all three substitutions Sim Armstrong was left a limping resource that although committed and trying for the team was wrong to continue and risk further damage in what is a long season.

Jets need to get fitter and stop the trend of the penalties against, which maybe is a general indication of the lack of experience of many of the new build team at this level where referees are more ‘touchy’ when the assessors are about with their clip boards, which is in no way a criticism of the lads contribution which is refreshing the team and club, purely a learning process. 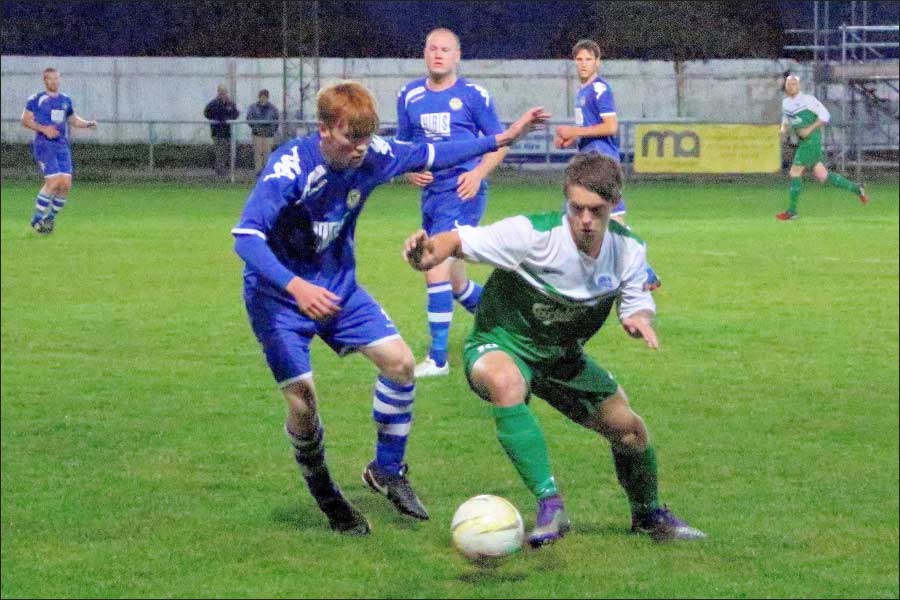 Jets Man of the match wasn’t given in the changing room as the disappointment with the second half was obvious but you don’t only give them when you win so I asked our visiting Barnet FC superhero photographer Len Kerswell for his nomination and he went for the industrious Luke Wells who really must change his deodorants in the hope that his support gets closer to him.

Next up a rare home game versus in form Tring Athletic before another three on the road. If anyone has access to the FA full time fixture computer please turn it off and reboot it !! 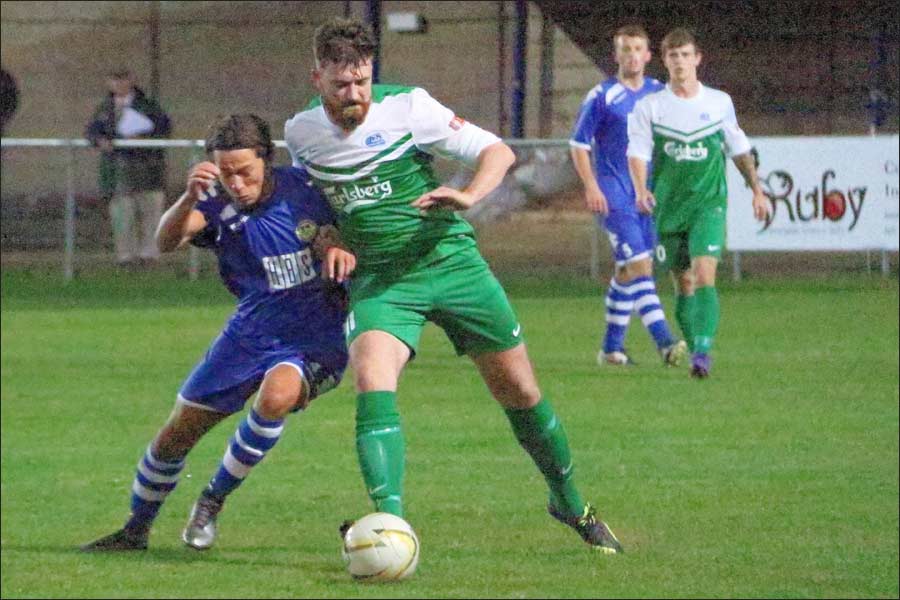 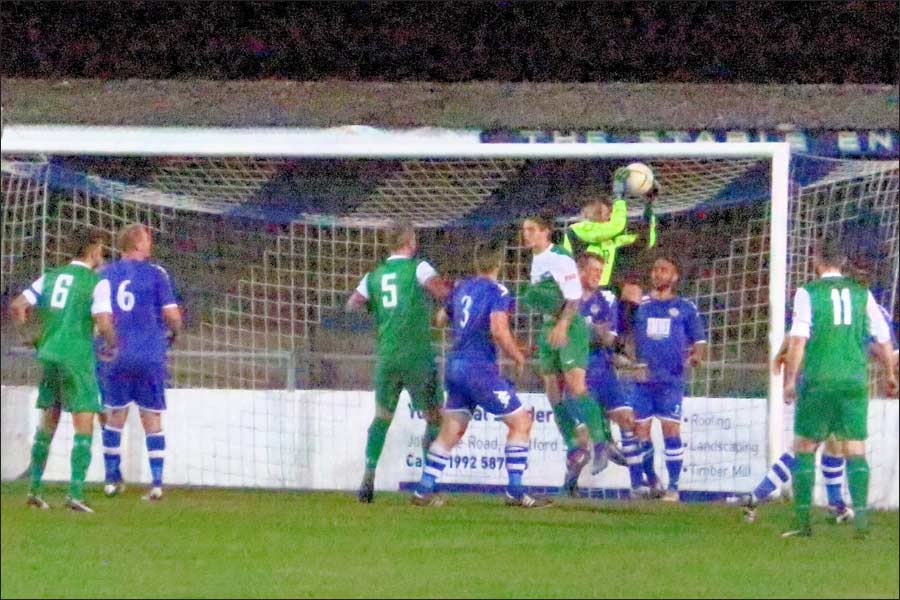 The Hertford keeper denies Jets on the line 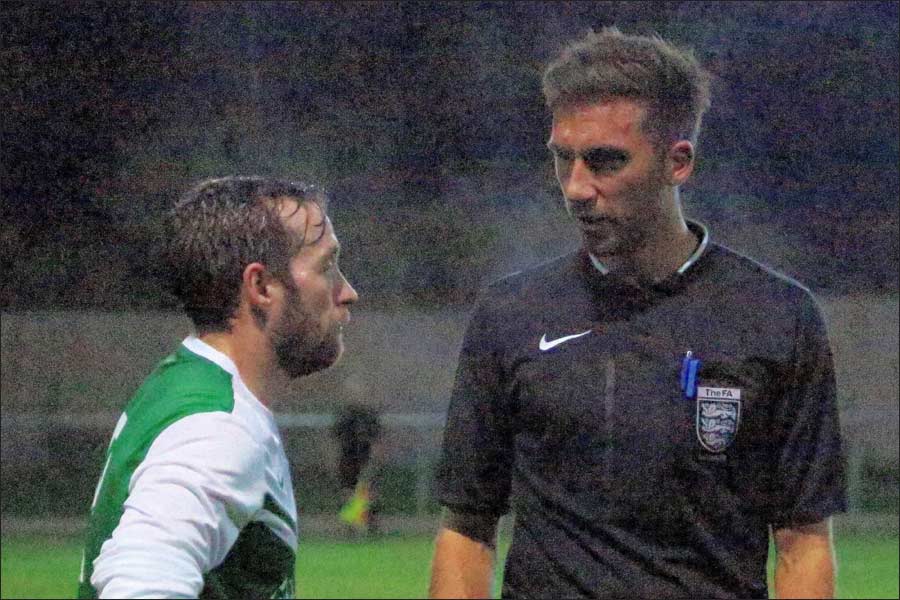 Luke Lloyd gets a ticking off 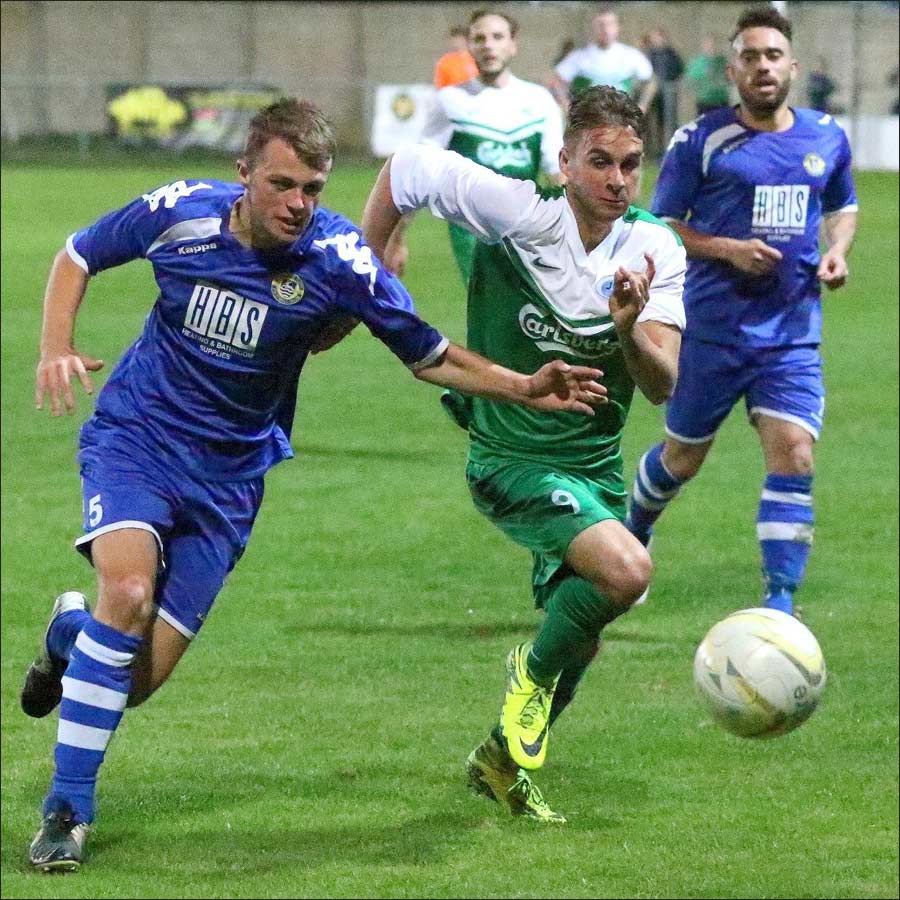