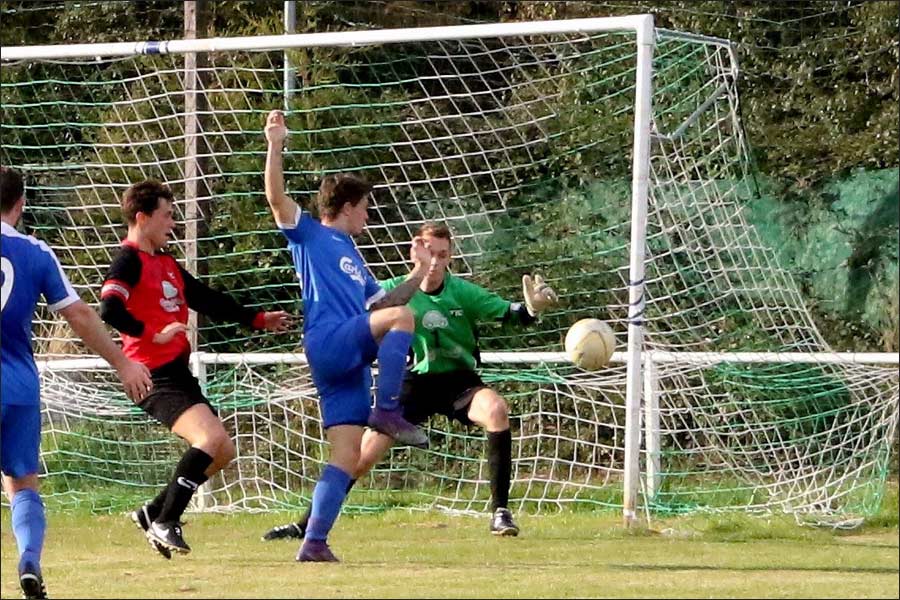 Jets Just A Fingertip Away

Jets and Tring put on a super battle in the Premier Division today and as much as there was bitter disappointment, mega controversy and defeat it was fantastic to hear match officials say what a credit our players were, in that through all the arguing, explanation and exchanges there was not a single word that wasn’t polite, that makes us very proud just to hear that in such controversial circumstances.

The match, we are all biased to our sides but it is hard to see how we walked away pointless from this match, except being harsh if you don’t takes your chances and make big mistakes you lose, but when you hit a keeper in this form and hit the woodwork six times you do also wonder where Lady Luck was today. 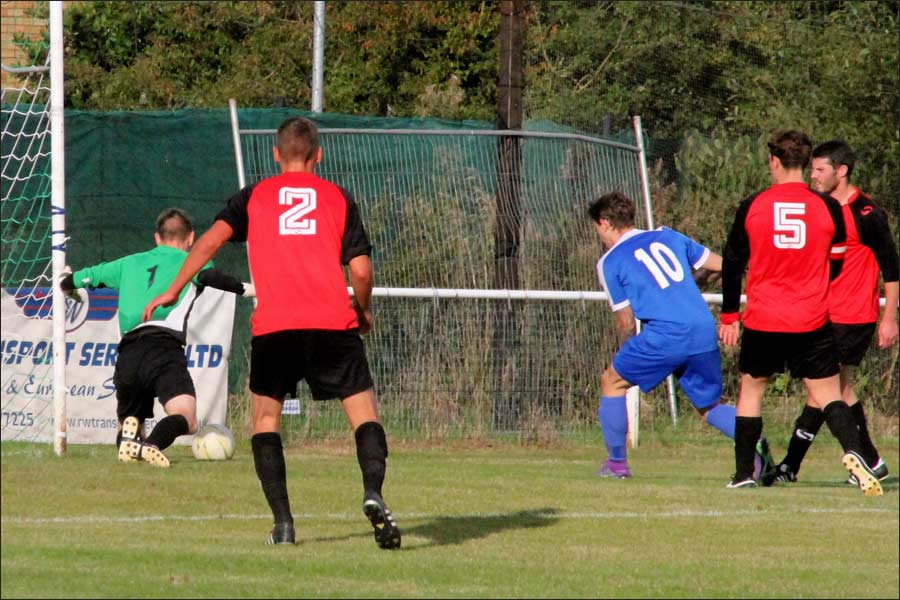 Luke Wells beats the keeper but his shot hits the post 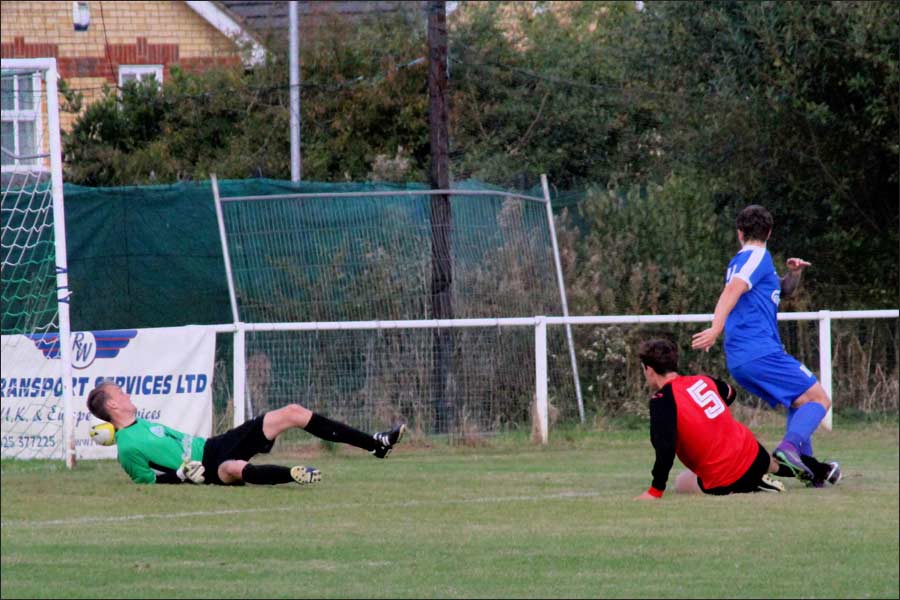 Luke Wells beats the keeper but his shot hits the post

In the first half Tring missed a sitter and really the rest was Jets, they bossed it but the chances were not taken, and the Tring keeper was fantastic to deny Leigh Stevens, Luis Mateus and Ellis Brown as Jets piled on the pressure, then Luke Wells twice beat the superb keeper and each time the post saves the day for the visitors. Half Time in a pulsating match 0-0 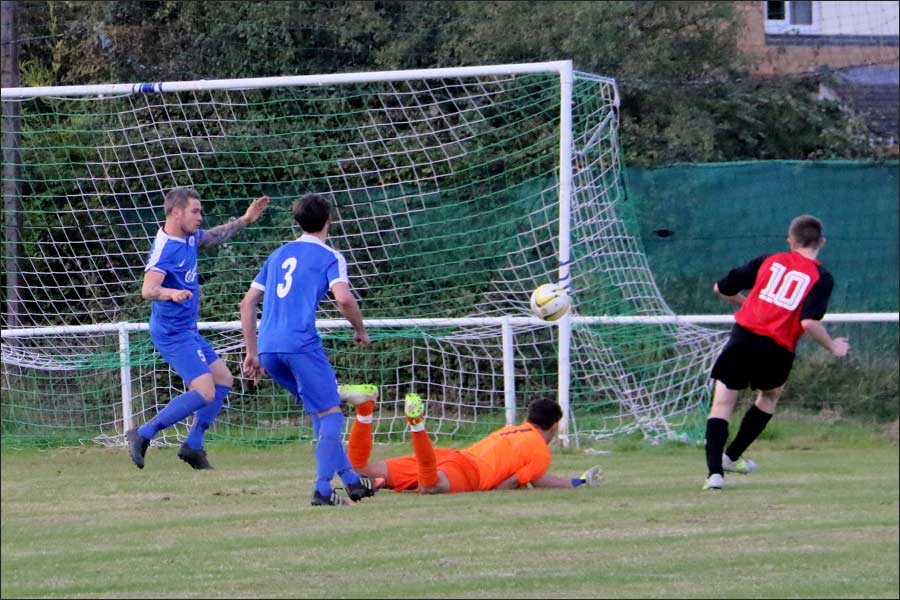 Jets are punished for a rare Rob Partington mistake 0-1

Two minutes into the second period the game looked dead for Jets. Rob Partington who is consistently saving Jets gathered a mis-hit free kick and somehow it was dropped and Tring were on hand to accept the gift and get the perfect restart. Just one minute later young Mateus allowed the striker to get in front of him, just a little inexperience and bang 0-2 all over. 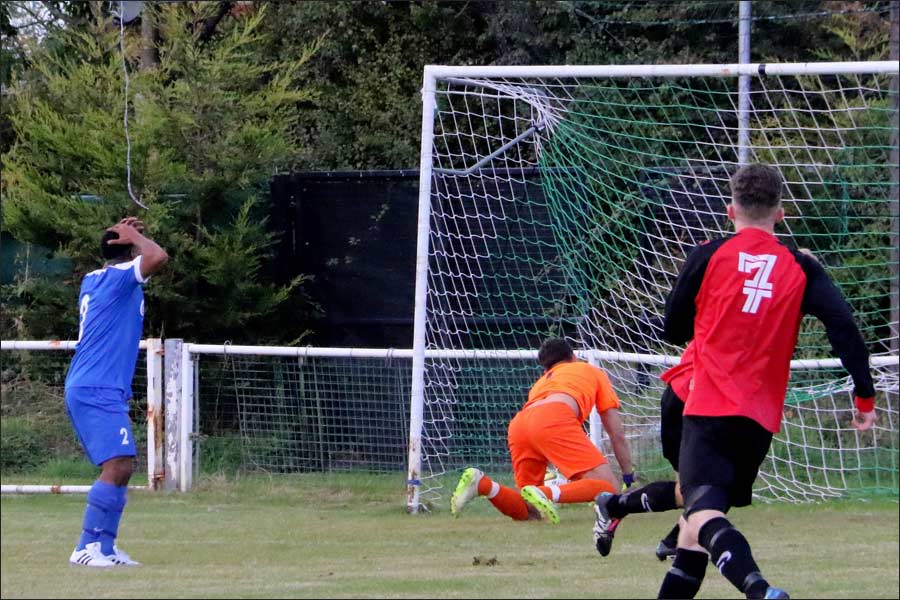 0-2 and Luis holds his head 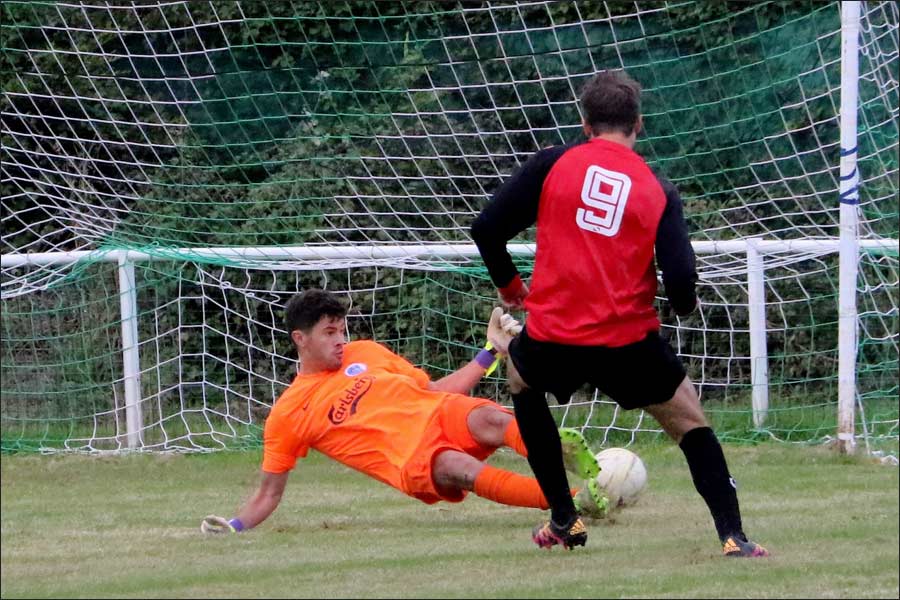 0-3 and Jets look down and out

Tring now dominated and Jets looked startled and down and it really was no surprise when Tring added to the scoreline, all be it with a big hint of offside, that Tring officials level admitted to our official that it was ‘well off’ on 63 minutes 0-3 and the worry now was a thrashing. 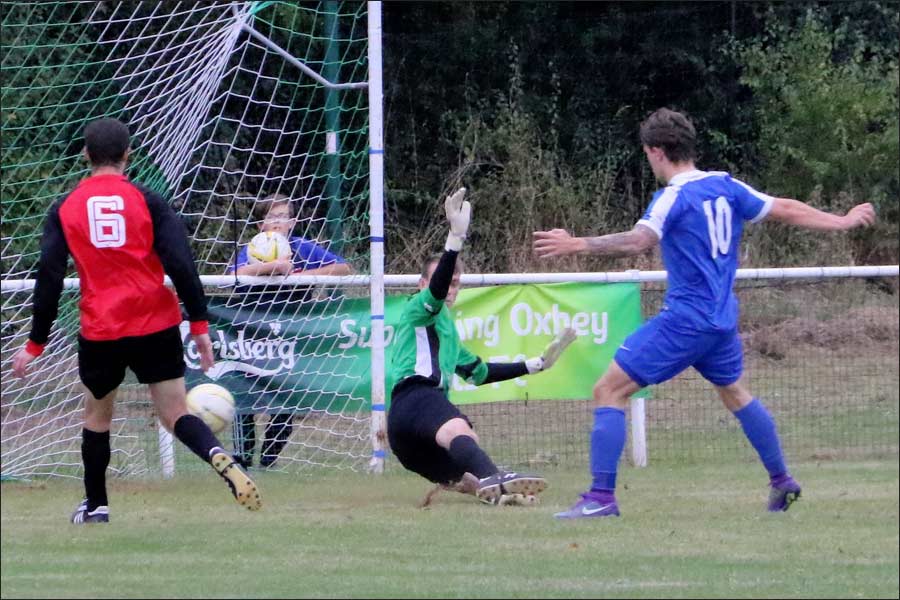 The opposite happened. Jets lost skipper Jack Robertson to add to the home team woes and Stedman threw on two attacking players, Martin Netzer and Oliver Cole. Jets now went at Tring with nothing to lose and some credibility was recorded when a peach of a move and interplay was finished off by Luke Wells 1-3 (83 mins). 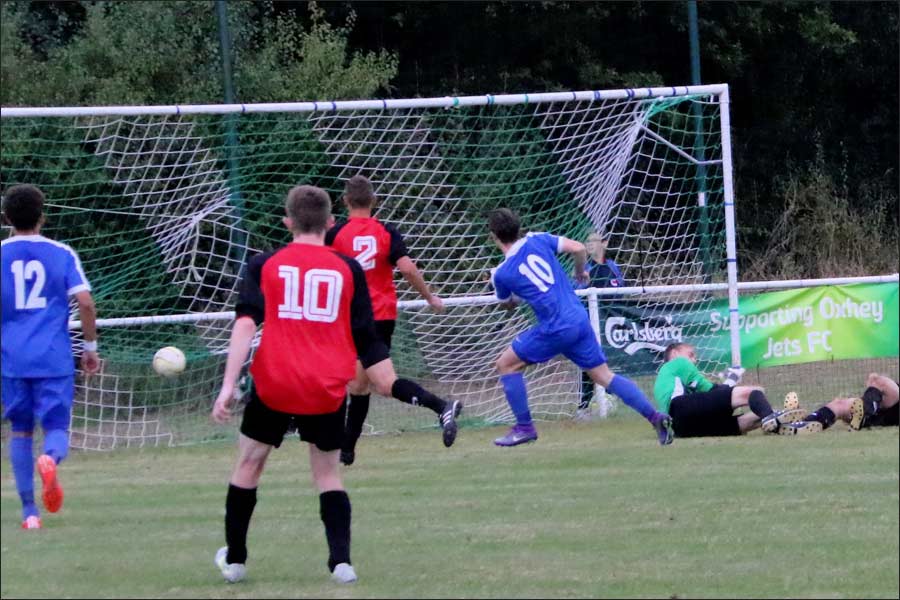 Luke Wells scores again, 2-3 and the match is set up for a frantic finish

Jets swarmed forward as Tring hung on and tried to counter to clinch the match then twice more the woodwork was thumped and more than once the keeper pulled them out the bag then Netzer was played in and unleashed a rocket, it pinged the post and shot out and Jets were in disbelief. Then in the rebound and scramble Netzer missed one, then hammering the rebound the Tring defence wilted and handled and the referee went straight to the spot, and for Jets the chance of a near miracle comeback point. 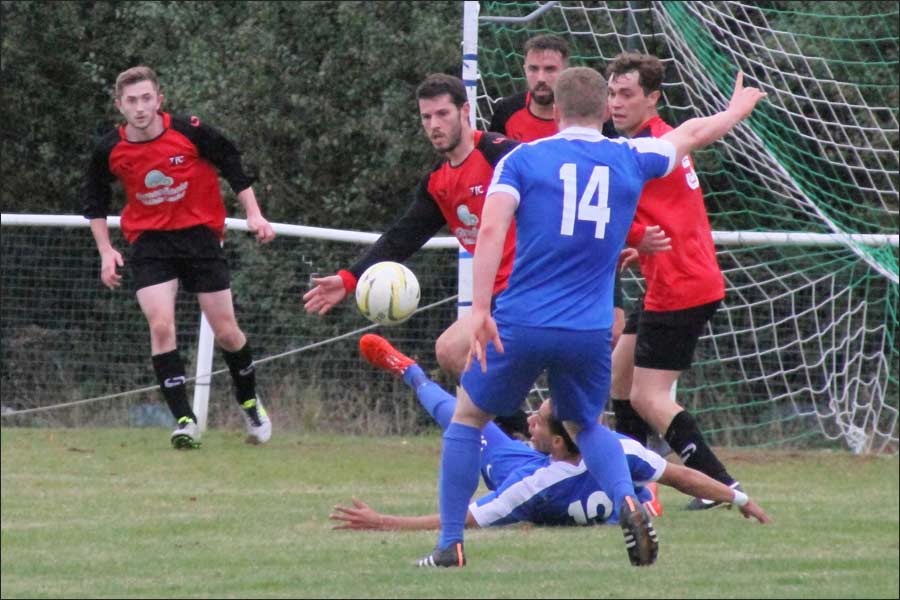 Martin Netzer placed hard and wide, the keeper touched onto the post and Netzer smashed home the rebound… Jets celebrated but the official ruled it out saying it was a double touch !! Everyone including the keeper and the visiting officials admitting the save but luckless Jets were left with nothing but fantastic pride at the way they responded and fought back. 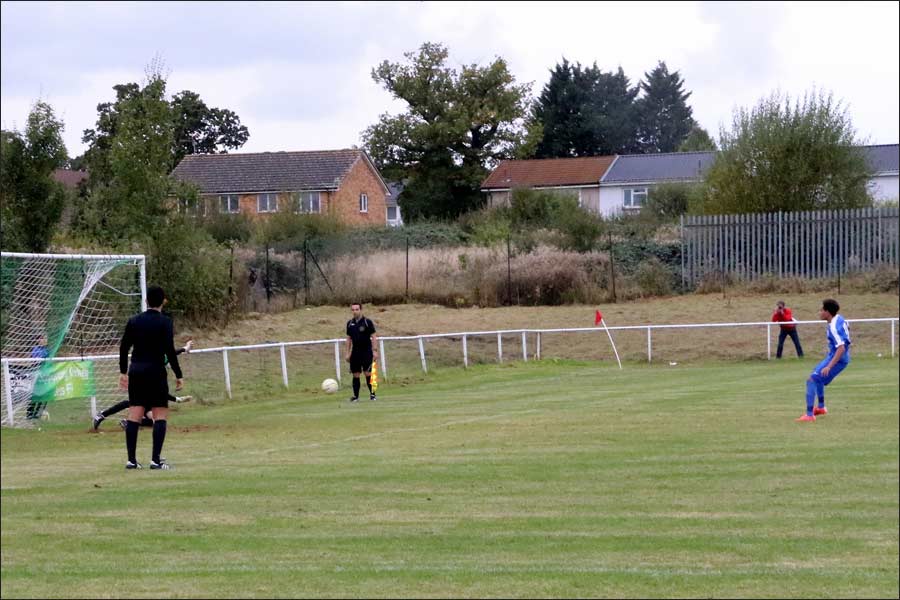 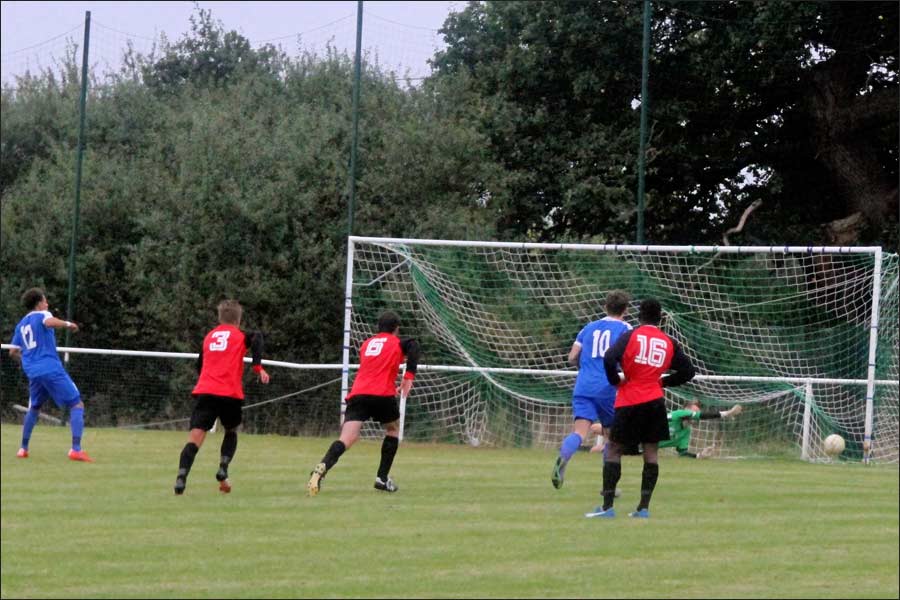 It would be easy but both unfair to say this mistake and that mistake, that is part of football, what was fantastic was the fight back and only praise is deserved for that, and Tring taught us why they are up in 5/6th place, they take their chances and win the match, no one can deny or begrudge that in a very sporting battle.

Jets man of the match was Bar Hariely who was outstanding, particularly in the long second half period when Jets were wobbling.

Despite defeat there is today much praise.

The Reserves continued the good run of results winning away in the Hertfordshire Intermediate cup at Croxley Community (first team) Karl Bull, Liam Sole and TJ scored in the 1-3 away win, great result well done to the youngsters. 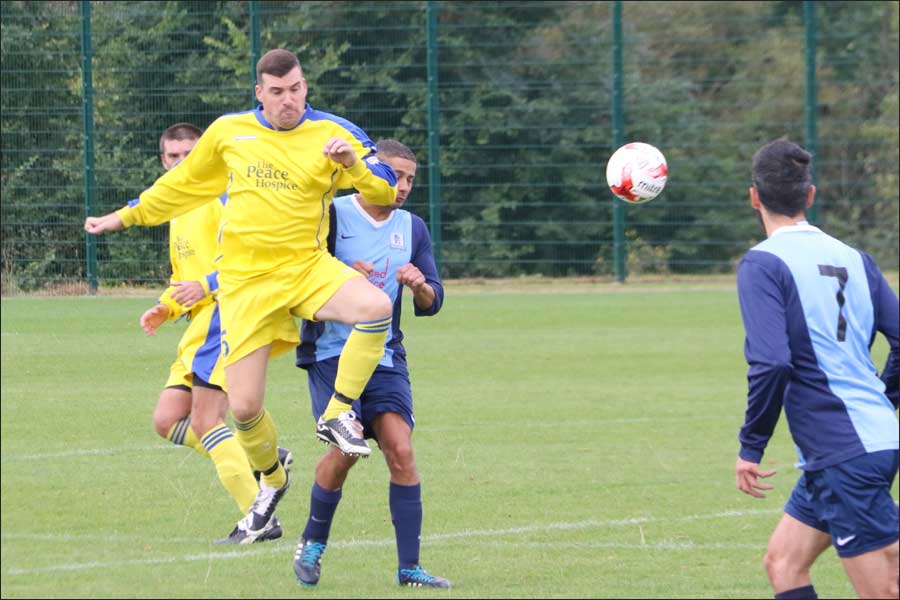 The not so young Jets Vets won at Oxhey Playing fields against Croxley Community reserves in a West Herts league match 2-1 an own goal and wait for it, yes a former youth striker come centre half Marc Ayres as he homes in on his 700th appearance was pushed up as an emergency striker and notched the winner. 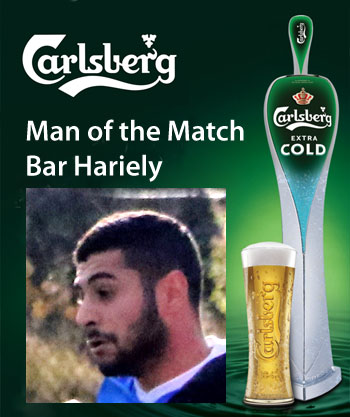 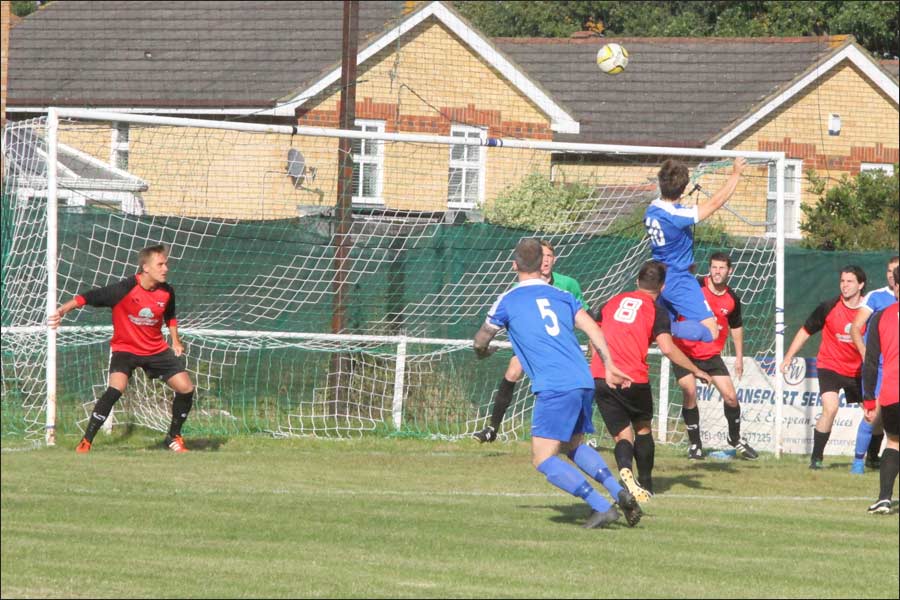 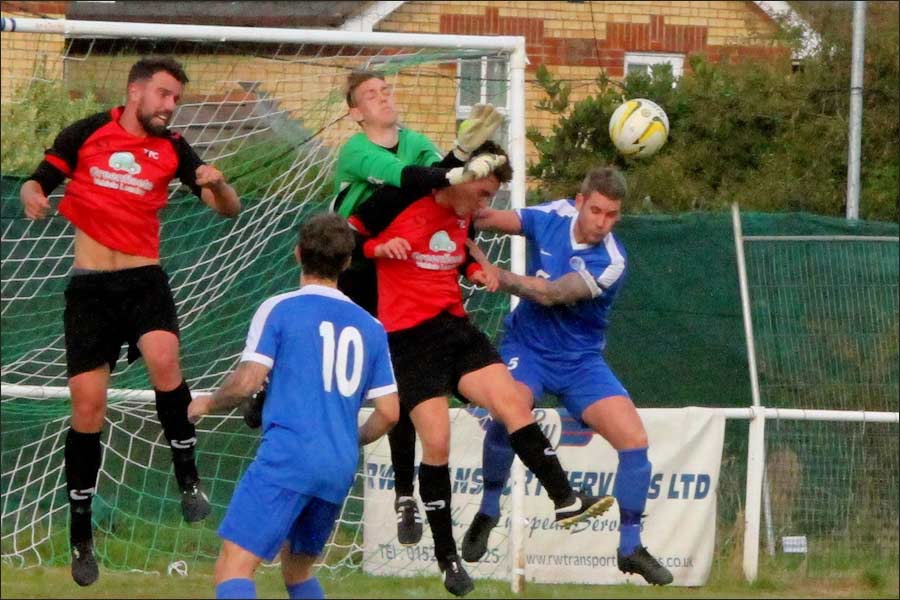 The Tring keeper had an excellent game 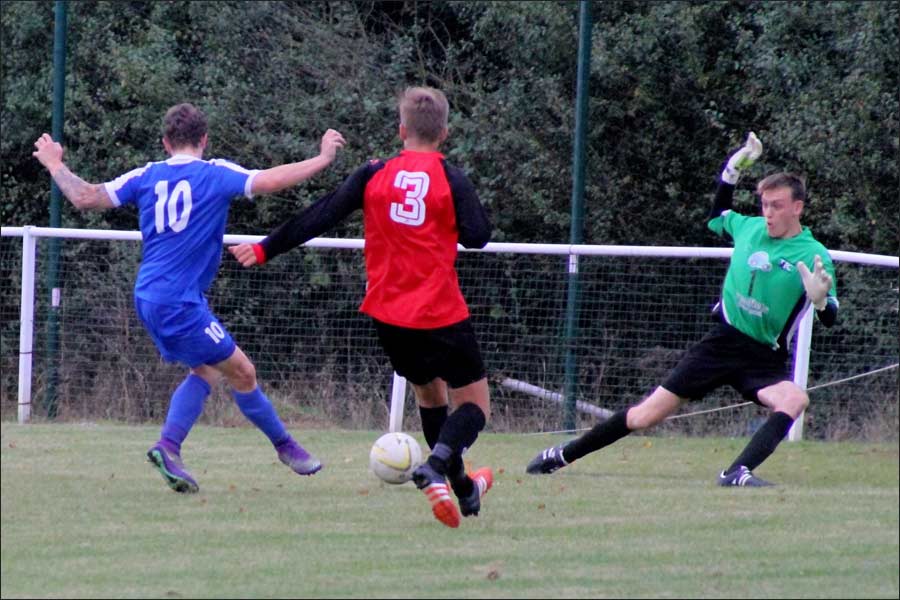 Luke Wells pulls one back for Jets 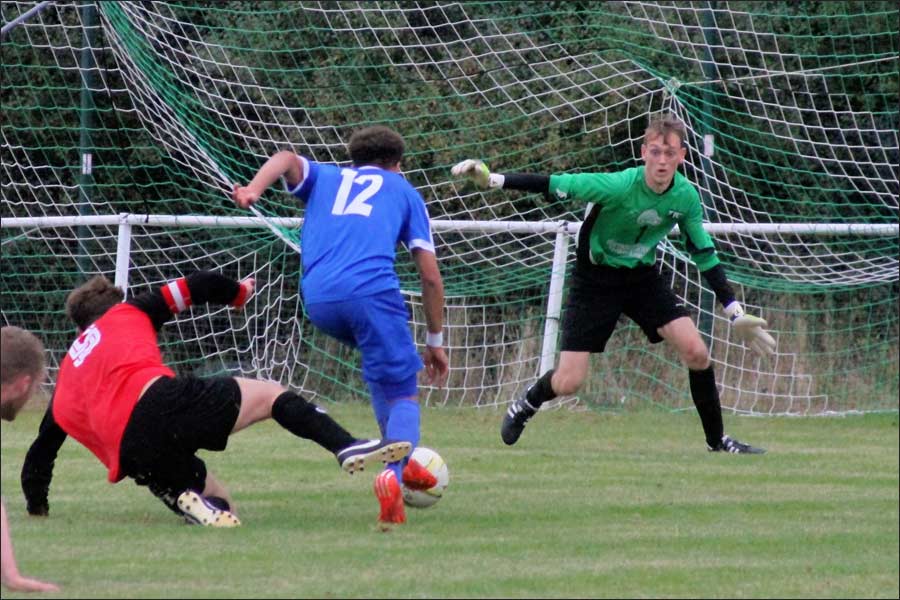 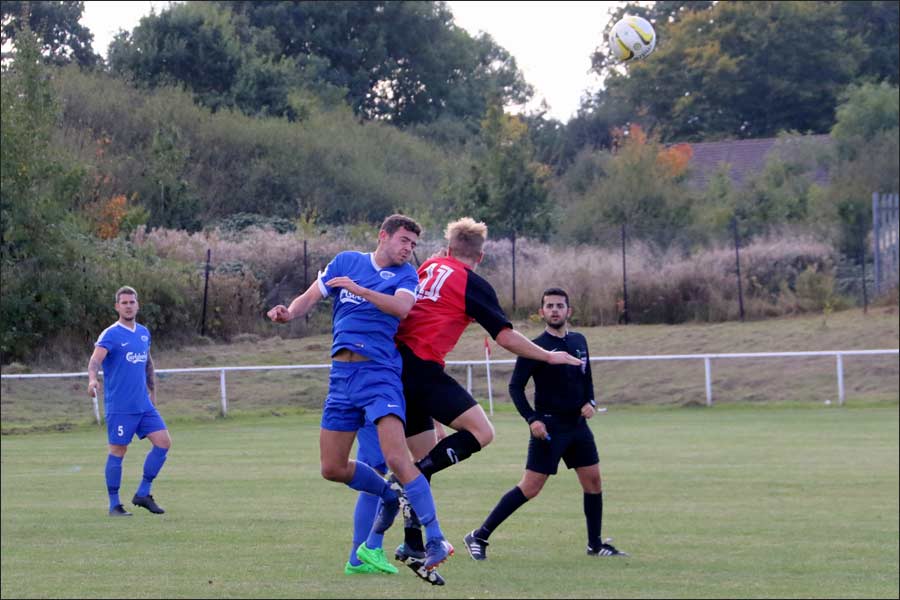 Luke Wells beats the keeper but its the post again 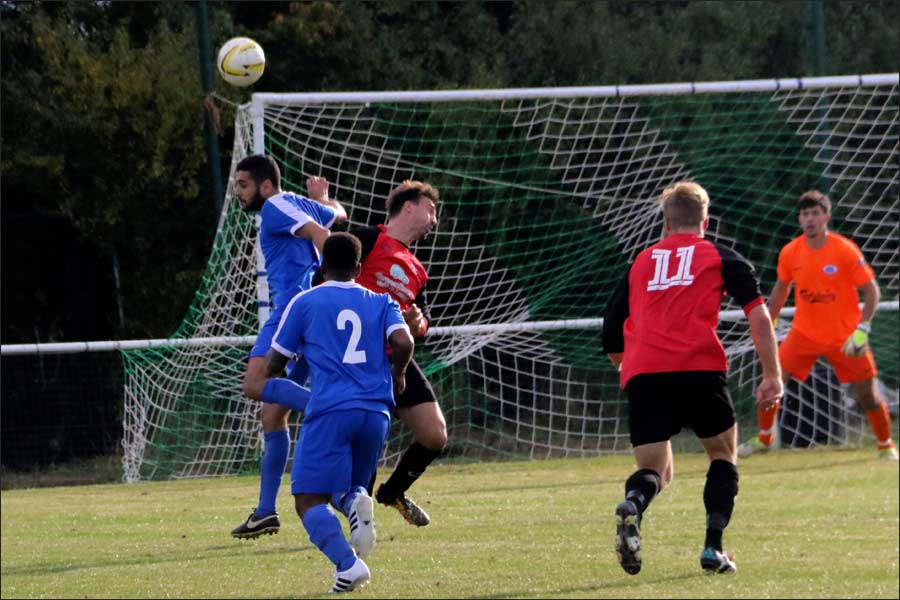 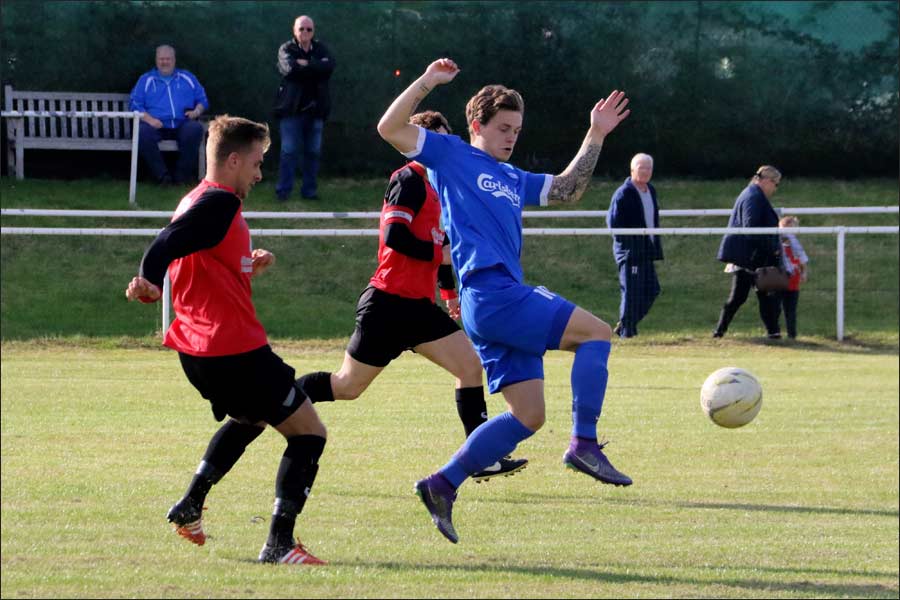 Luke Wells in the thick of the action again 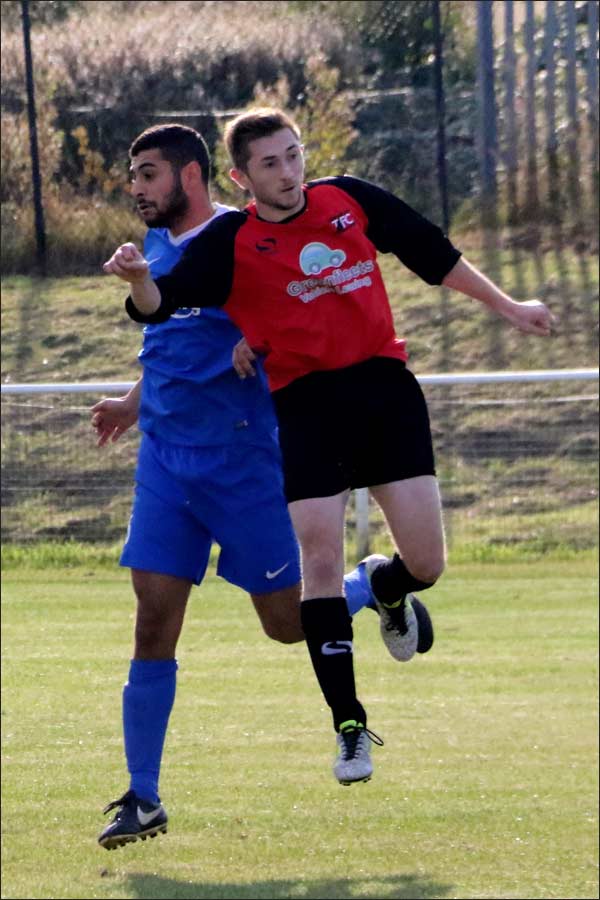 Another MOM performance from Bar Hariely