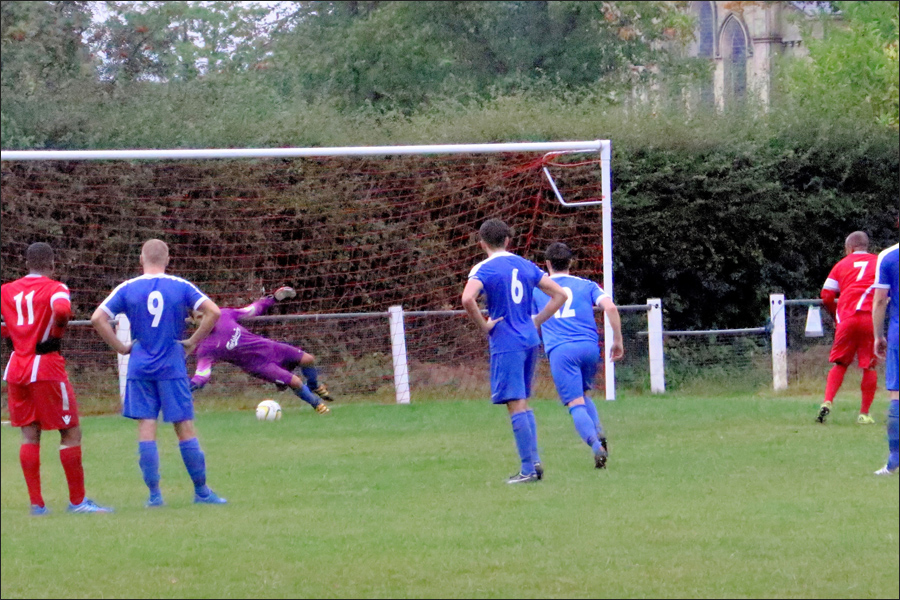 New Jets suffered a setback, it was like new labour day as Lee Stedman had to replace three quarters of his side today with holidays, away days and the main culprit being the Isle of White festival that claimed a group of four of the regular starters off for a boys weekend.

One good thing to come out of it was new signing keeper Robin Staiger who on his debut was simply outstanding, standing in for festival partner Rob Partington who has been outstanding this year and had been a worry to cover. Robin was the only player to escape a Stedders tongue lashing at both half and full time.

Jets, although down to bare bones on numbers, were looking forward to seeing some of the ‘shirt numbers elect’ stake their claims for full time starters shirts and push the manager for keeping them in.

For the early encounters, although offering little to no forward imagination, the keep ball passing across the rear was solid and controlled for long periods, but as I said with no real forward intents open to them as the further Jets went forward the passing got sloppy and the work rate offered to become available lessened. Jets did look as if they would maybe not concede and that is a tribute against a decent Cockfosters side that looked dangerous going forward on every occasion, but when the back line were breached Robin Staiger was unfazed and in total control in the sticks. 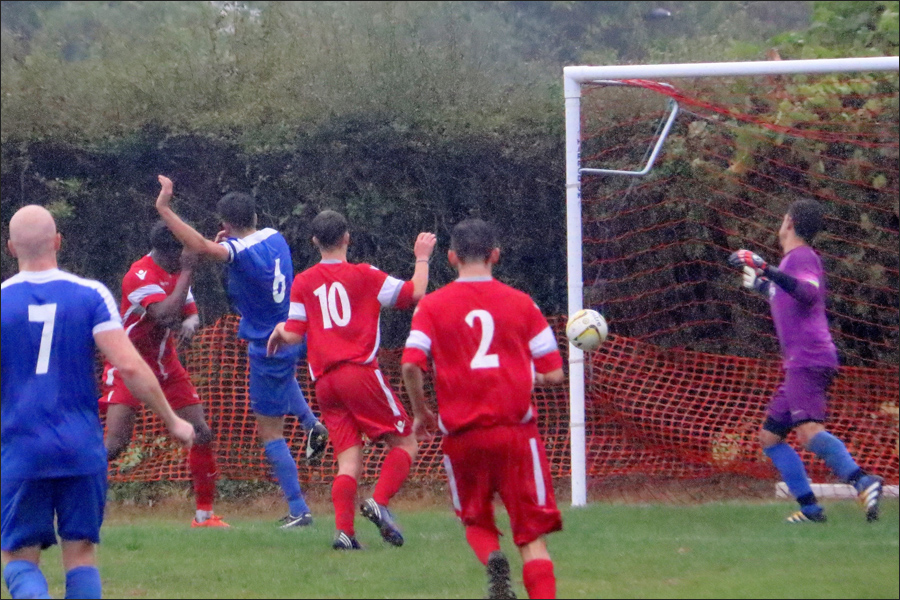 The goal in the first half was defensive slackness at its worst against such a good attacking line-up and a good splitter ball was played and Jets excellently pushed out, well except one, Remi Gill stayed arm in air in hopeless anticipation the Lino would foul up and save him, but the Fosters front line is on fire and calmly slotted 1-0 ( Jeremiah Maja 39 mins).

Jets offered nothing but grit at this stage, with nobody really doing well except Jack Robertson and Jude Bell who were solid in the centre rear. Half time 1-0

Stedders went ballistic and individually itemised to every player what was wrong and what he wanted, one player did admit his embarrassment at his 45 minute performance and asked to be removed, which in honesty is a great attitude and refreshing that a player can accept his own responsibility and not blame others and think the manager is wrong!

The second half possession was mostly all Jets in the first twenty minutes, the wind and rain favoured Jets way and we started to think maybe the conditions had offered some of the reason for the oh so poor first half, even dreaming of a point steal maybe !

The first half chance fell to Pugsley who shot well wide but Jets did start to slowly play forward without really getting anything away to worry the home defence but an improvement all the same, the salvage situation wasn’t really helped mind, when successive corners were woefully delivered and Jets rare attacking opportunities wasted with numbers up to pressure the home defence, which is annoying when you are struggling. Set pieces can save you and they are not controlled by fitness, match play or game time, it’s delivery of a dead ball and pounce. 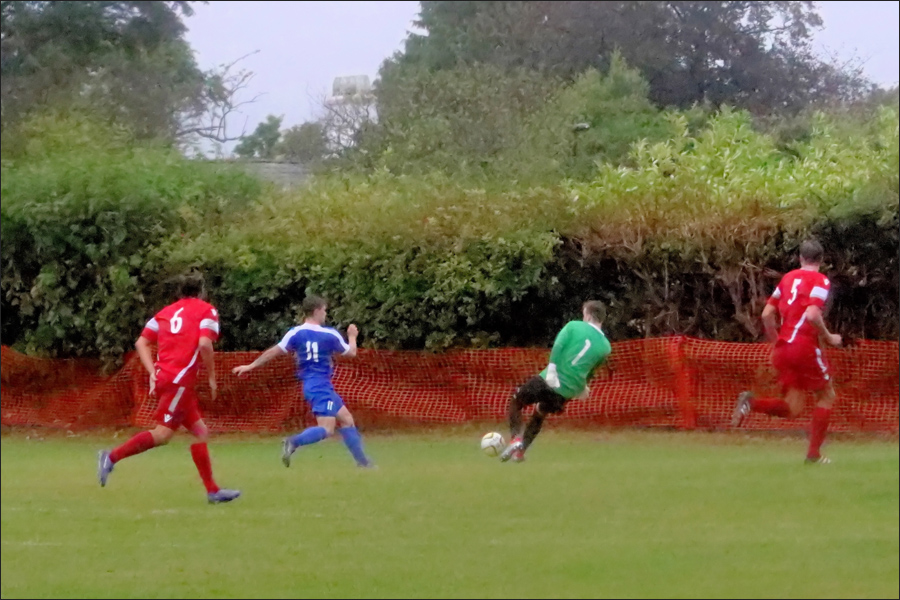 Jets possession held and Luke Wells, who was looking as one who might break clear, did get away but was smothered out by the keeper to his and the now growing frustration in the Jets dug out.

Jets old boy dug out at short notice from the reserves Karl Bull was thrown into the action hoping his silky skills would open up a break while at the other end the centre two were dealing with the increasing long-ball to the front lads and when they were breached Robin Staiger was simply faultless.

Hope looked lost when a very harsh penalty was awarded against Jack Robertson by the young official, no way handball it was blasted into his upper arm, but justice prevailed when that lad Robin Staiger dived full length to turn the ball to safety.

Was this to be Jets day after all, could they, against all odds, steal something with a late goal?

The answer arrived shortly after as, almost identical to the first goal, the slide rule pass delivered and the offside sprung and again correctly and Jets were finished with just a minute to go, substitute Meshach Williams slotted coolly.

Harry Stedman, was he Jets youngest ever first teamer?

Stedders put on young 16 years old son Harry for the last few minutes of stoppage time and we need to check the record books to see if he was the youngest ever to play in the first team since the new age rules, but last year many pups did play so it will be close, but the gap between the young and ‘more aged’ does show the problems the boss had today. There was time for a nearly dismissal when the Fosters defender looked to be getting a second yellow but the Jets staff plea’s to the official for their opponent were heard and the official was just going for his watch and blow the full time whistle so sensibility reigned over the closure.

The big big disappointment will be how the people pushing for shirts performed and looked today on what should have been an opportunity to impress.

Carlsberg Jets Man of the match was easy, although Bell and Robertson escaped criticism, only Robin Staiger was in the frame for the bottle, with a faultless outstanding debut. 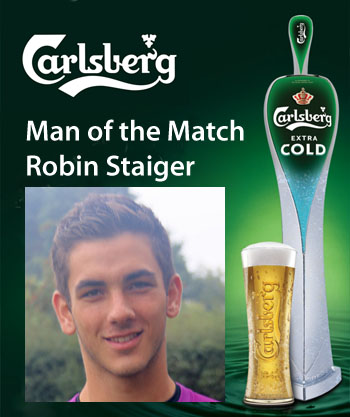 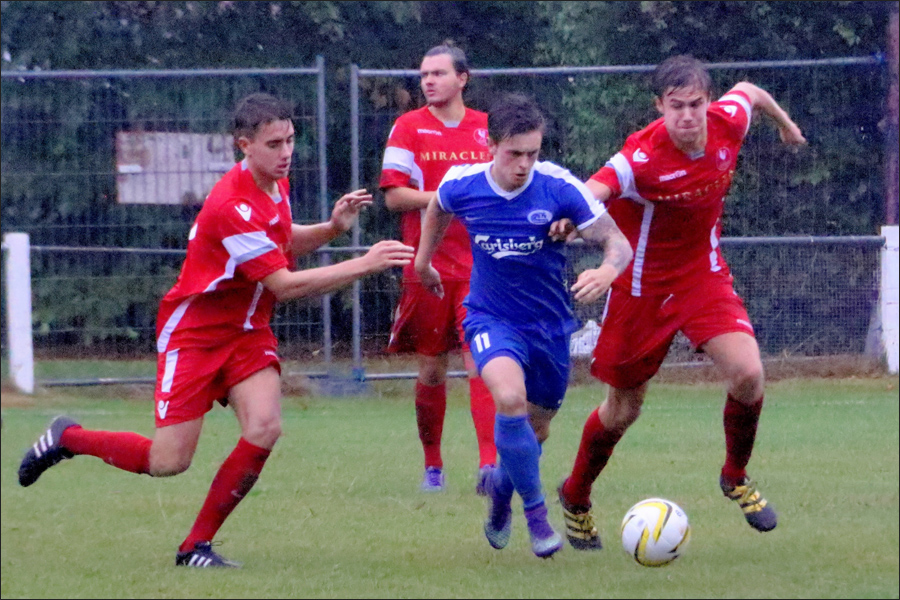 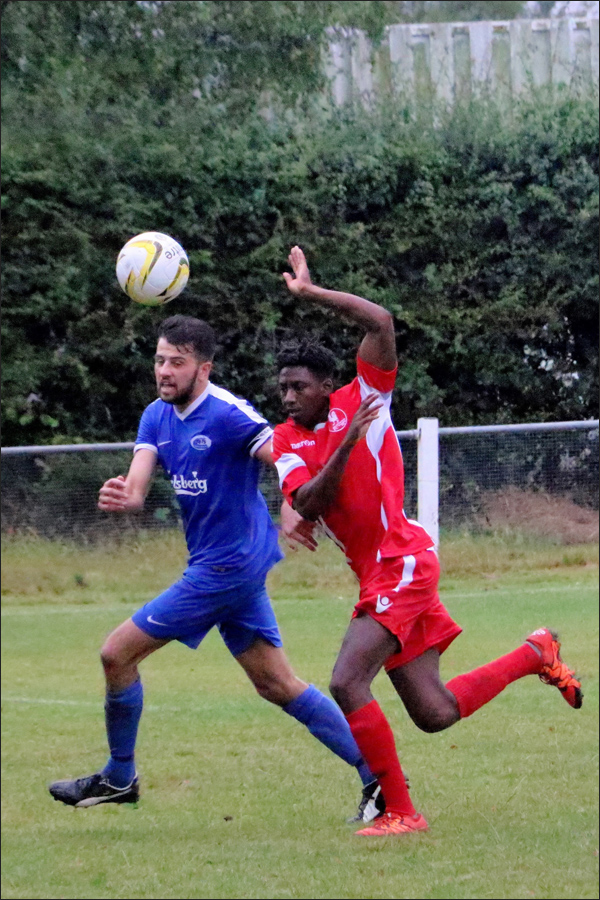 Skipper Bell contended with a poor performance from his team 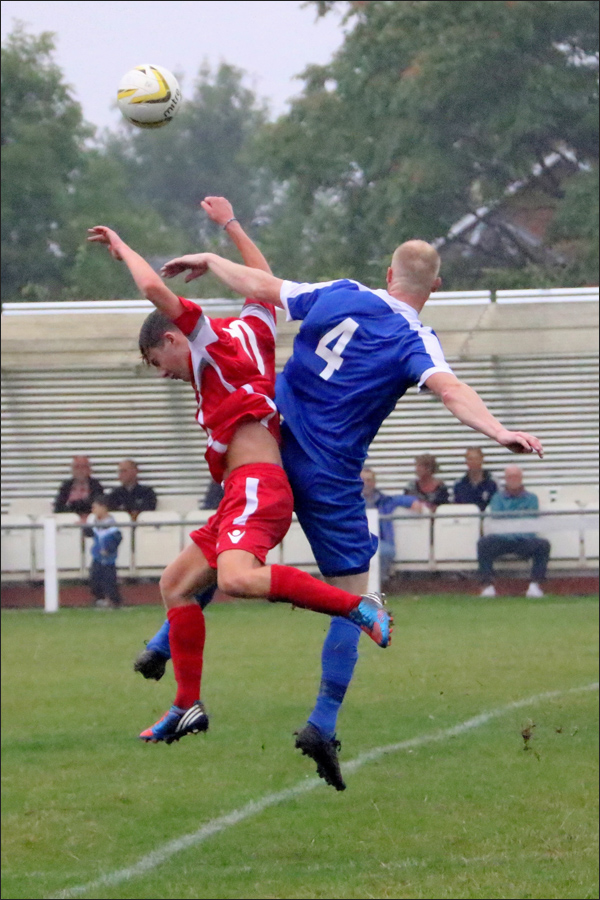 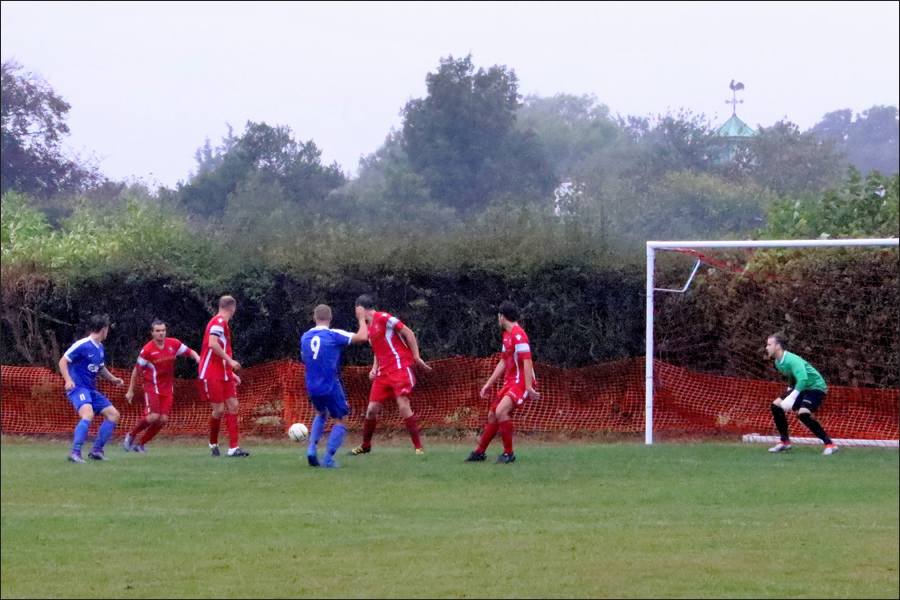 Pugs fires wide in one of Jets few chances 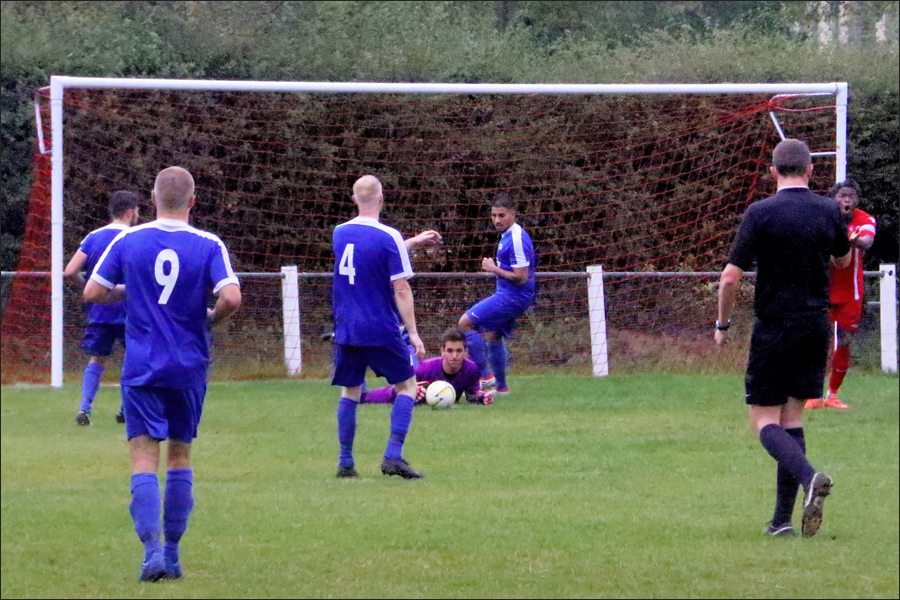 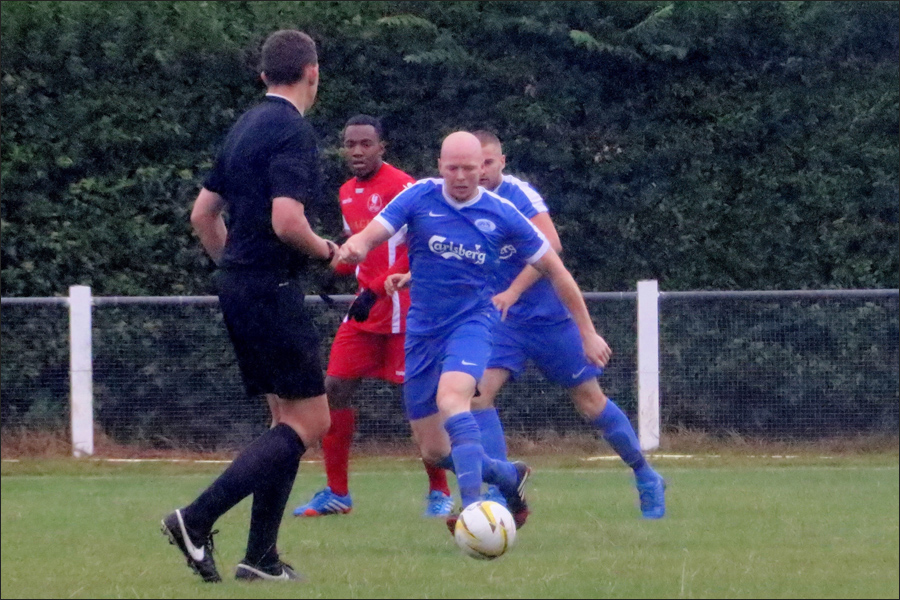 Gary Warn on the ball 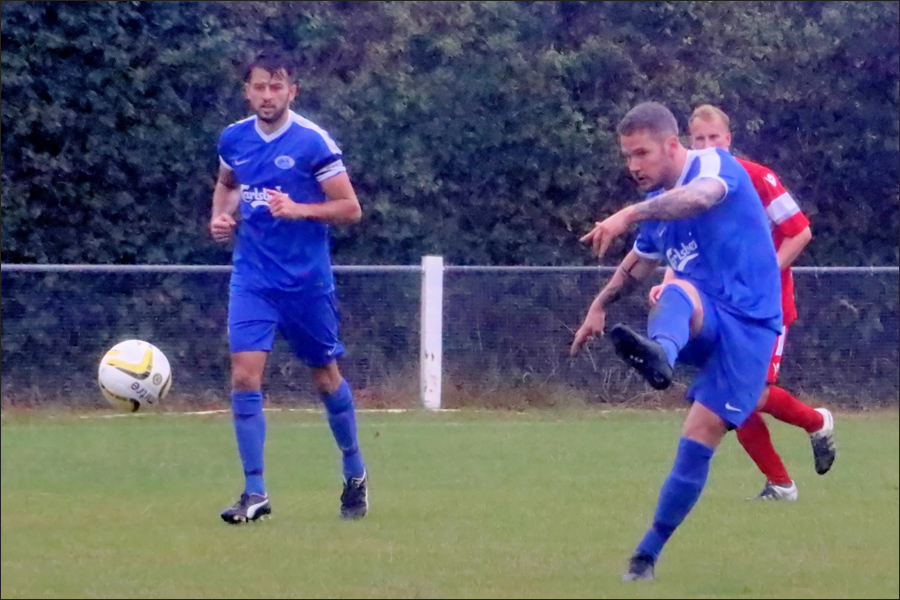 The only two Jets outfield players to escape Stedders criticism 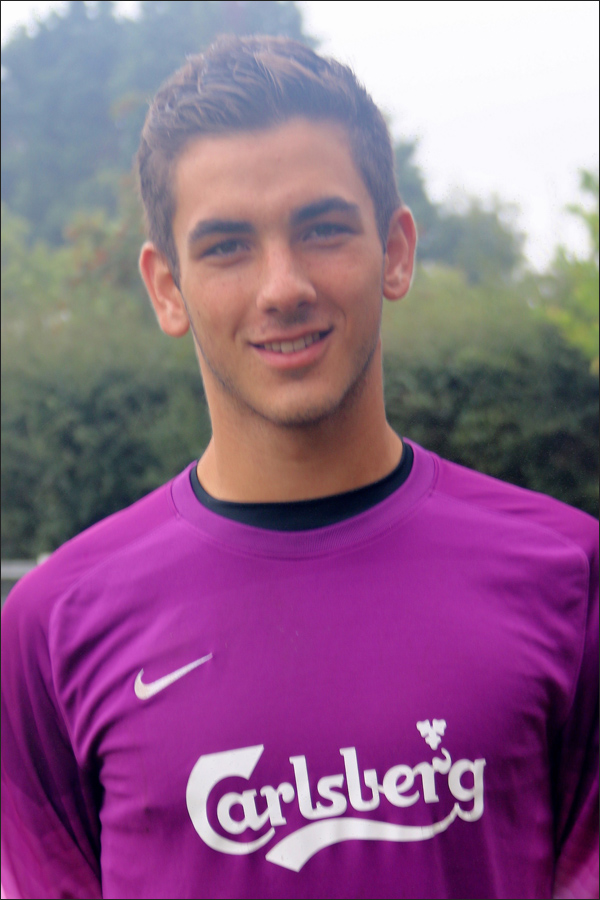 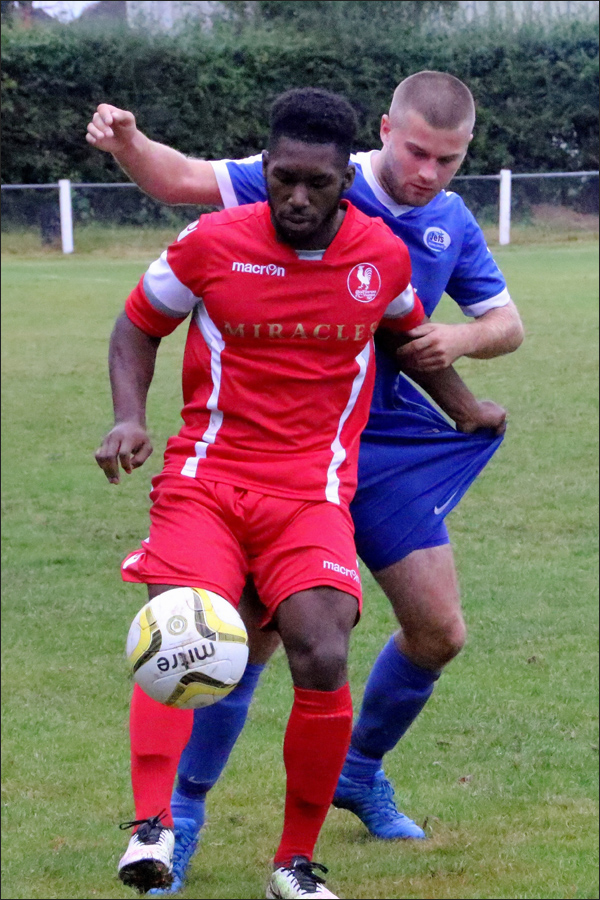 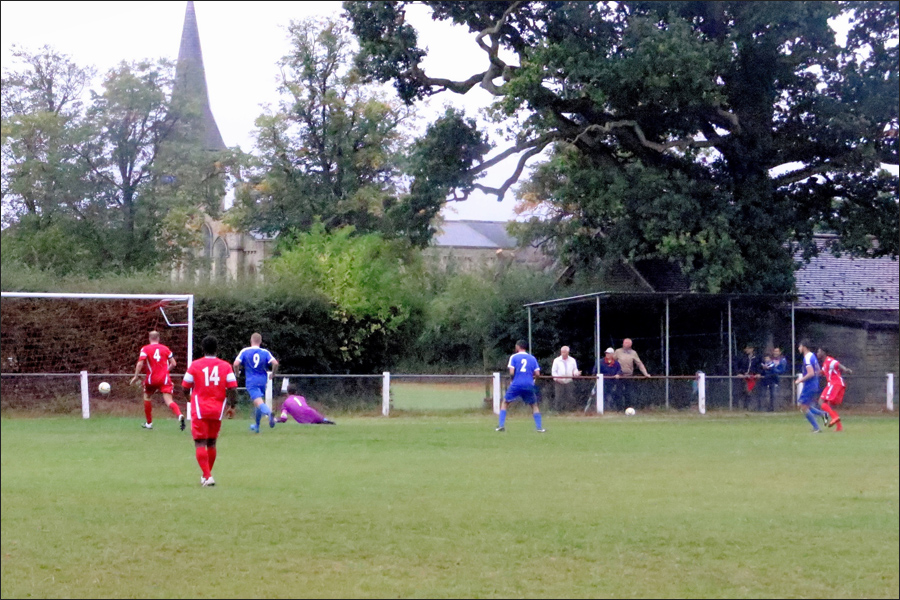 Cockfosters wrap it up near the end 2-0 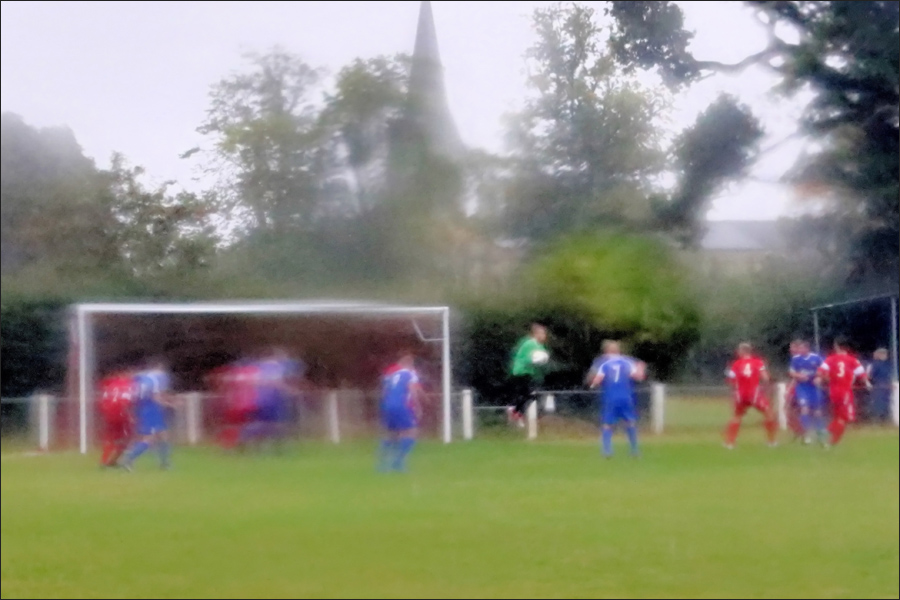 Blurry, wet camera view – may have been the best way to watch the match today!