Jets development were again in the goals following last weeks 4-4 draw with a 7-4 win over Biggleswade Utd development.

With the first team not playing due to the Biggleswade first team FA cup tie, it was unfortunate that Warren Gladdy’s pups had to endure uninformed supporters in the stand accusing Jets of using first team players, when in fact only Martin Netzer, who has been unable to get a starting place since his return from a long holiday in Uganda with four sub appearances, was in today’s line-up.

Jets in fact favoured local players with Warren starting with eight of his young academy lads (average age 17), add to them two debutants at 16 years and the development is in full swing to build a future coupled with some experienced players.

Two of those players were instrumental in Jets good start, Sim Armstrong started his first game on returning to the club from last season’s exile and Warren himself,who treated himself to a start after suffering a close family bereavement over night, and nobody begrudged the hard working manager that.

It was  Sim Armstrong who opened the scoring in just minutes with a sweet dipper over the keeper and it wasn’t long until Martin Netzer rounded the keeper and slotted home 2-0. This was the key for the match to turn on its head and a free kick was hammered home by the visitors 2-1 and it was Jets hanging on at the break.

Within minutes Biggleswade had swung the game totally when mistakes by the young lads were punished fully and the game was at 2-3 within four minutes, and that almost immediately become 2-4 and surely Jets were beaten. 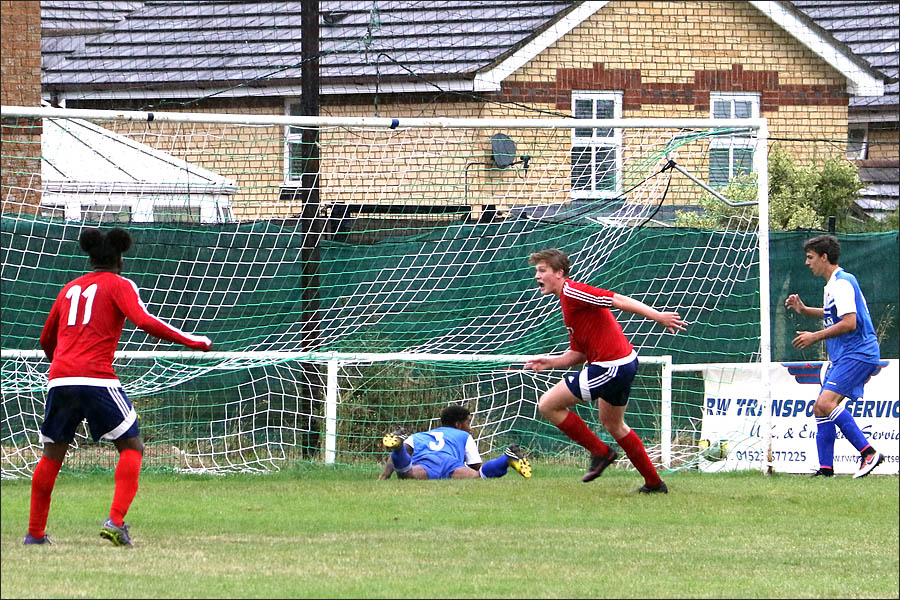 Warren Gladdy made clear he wanted the ball on the deck and played as per his gospel of football that he is teaching his young local academy kids, and with 90% of his side coming from his Academy he made clear that the others follow suit and don’t try to overdo it or change the way he has his kids playing.

First team boss Lee Stedman was there watching his young 16 year old son Harry make his debut and a few of the lads did themselves no harm with this performance. 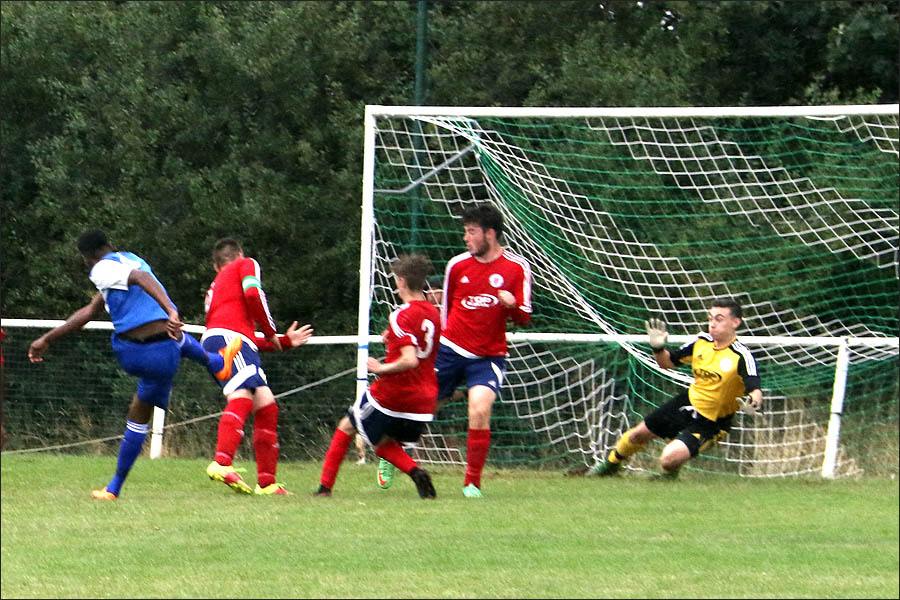 Jets started the comeback when last season’s Academy top scorer TJ opened his account 3-4 and the scent and chase was on. One of last seasons most improved kids Dylan Eady was taken down for a bolt on penalty that Netzer converted 4-4.

Not to be denied his moment of glory Dylan had a full 30 yard buster that rocketed into the net for 5-4 and then Biggleswade buckled and Martin Netzer notched two more to put a flattering 7-4 final score and earn the man of the match award.  If the development league is like this it will be compelling to watch for sure. 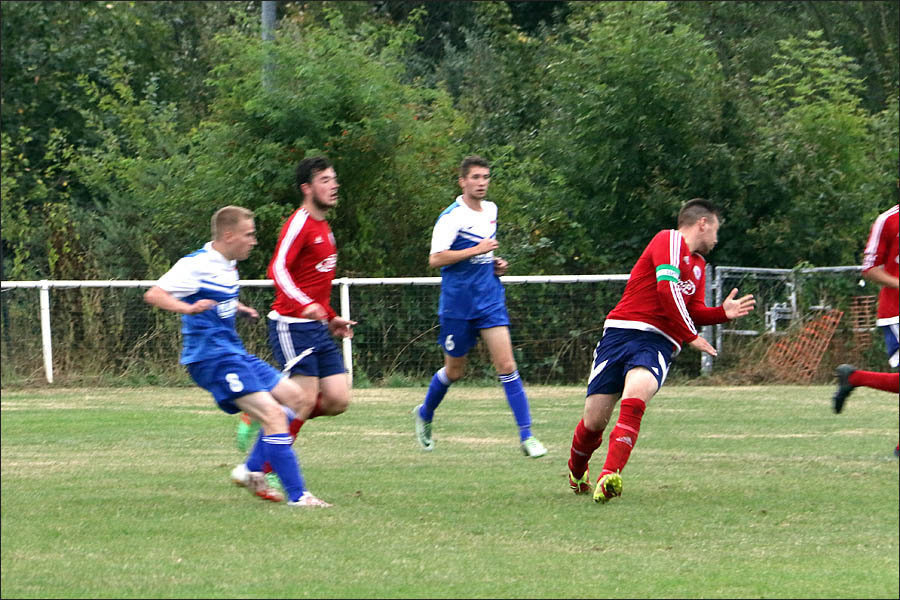 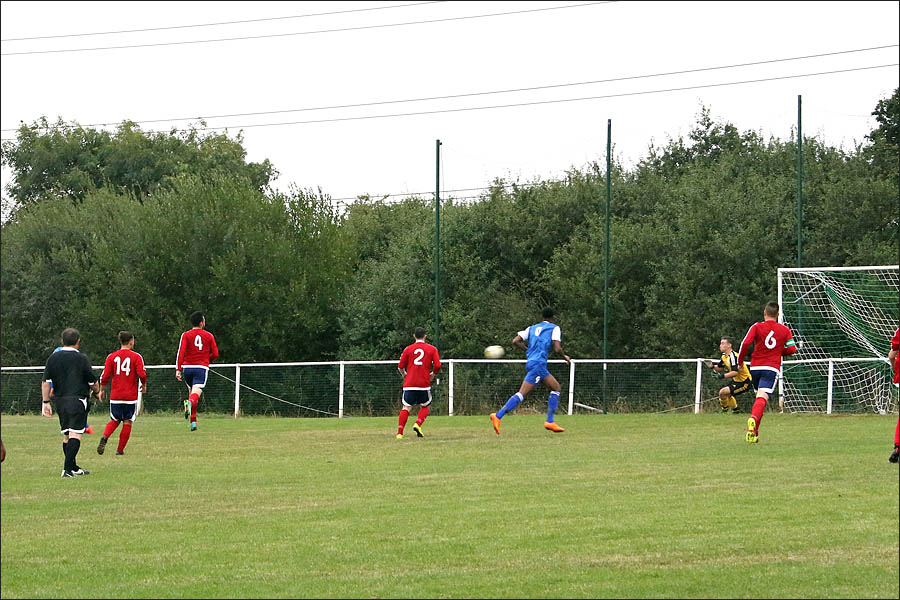 Martin Netzer (behind ref) makes it 6-4

Grieving Warren Gladdy was lifted by the performance and the pride in his young Academy kids is deserved and evident, the distance he has brought these local lads on in a year is massive,  but the lad who definitely gave the staff some thinking to do was Martin Netzer, who is one of the few survivors in the squad from last season, but since missing the whole pre-season he has been unable to gain a first team starting shirt, but today he made it clear, I’m ready and waiting boss !! 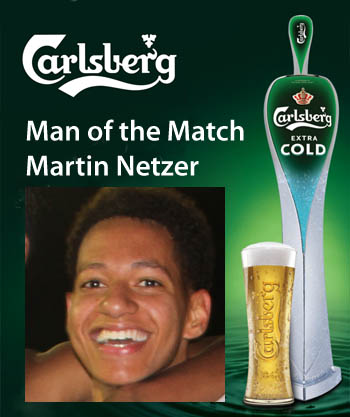 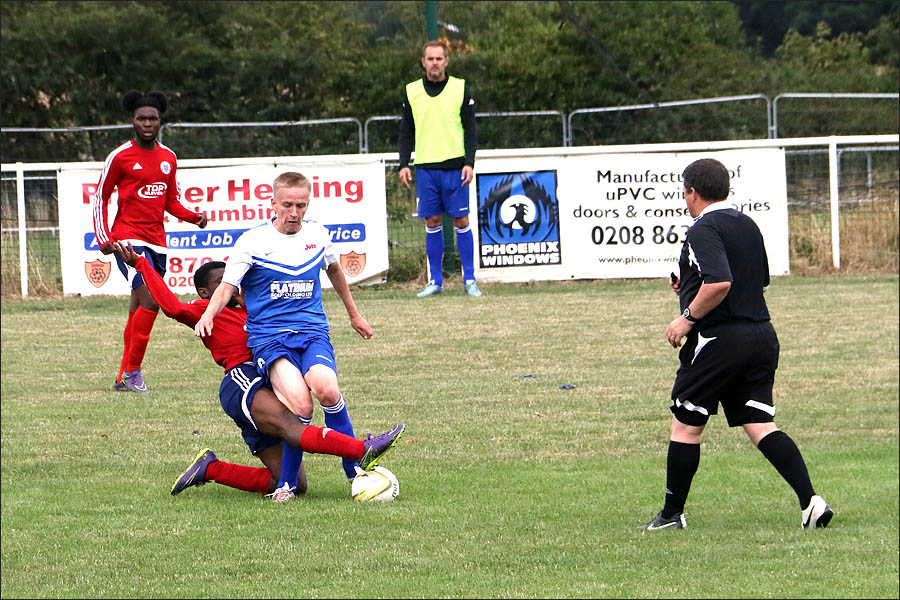 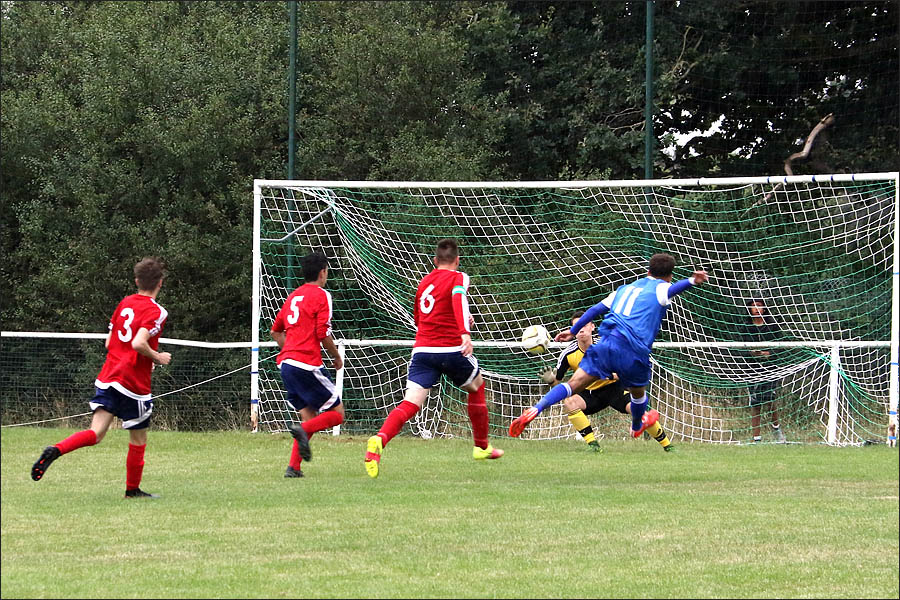 Brilliant save by the Biggleswade keeper at 2-4

Dylan is taken out for a penalty 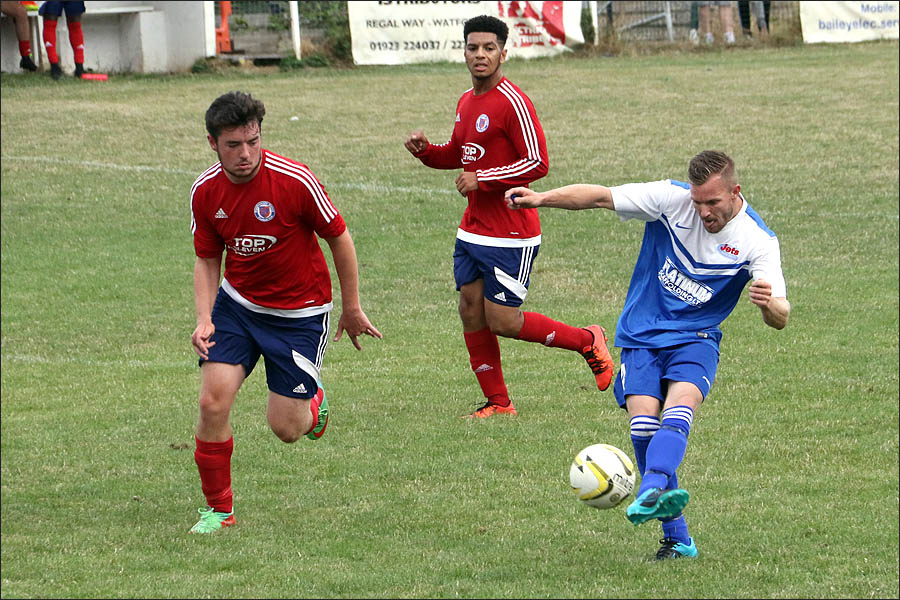 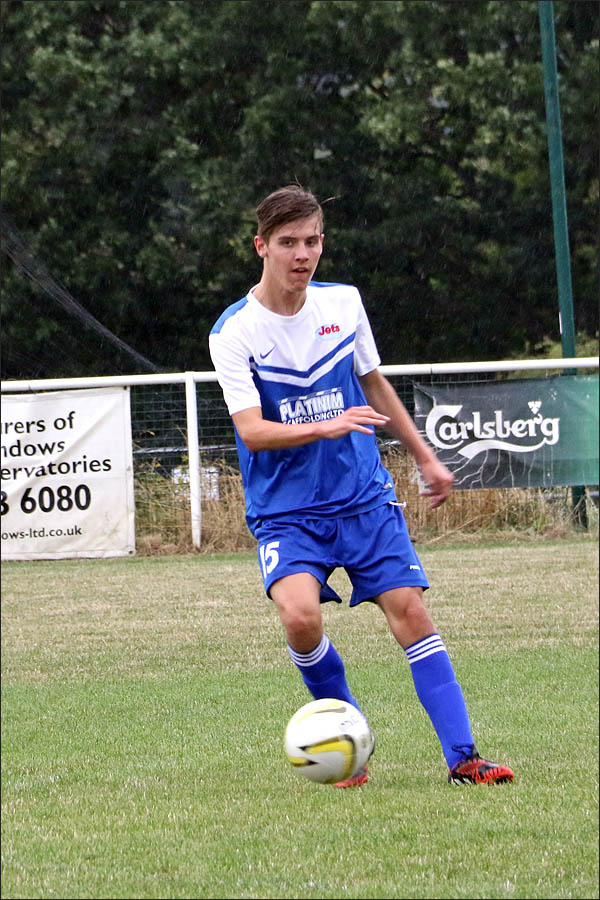 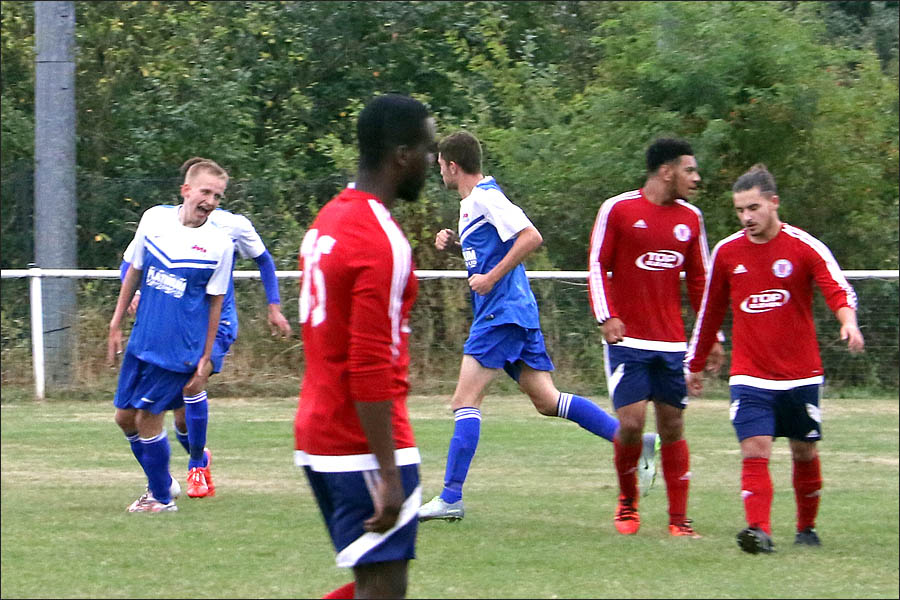 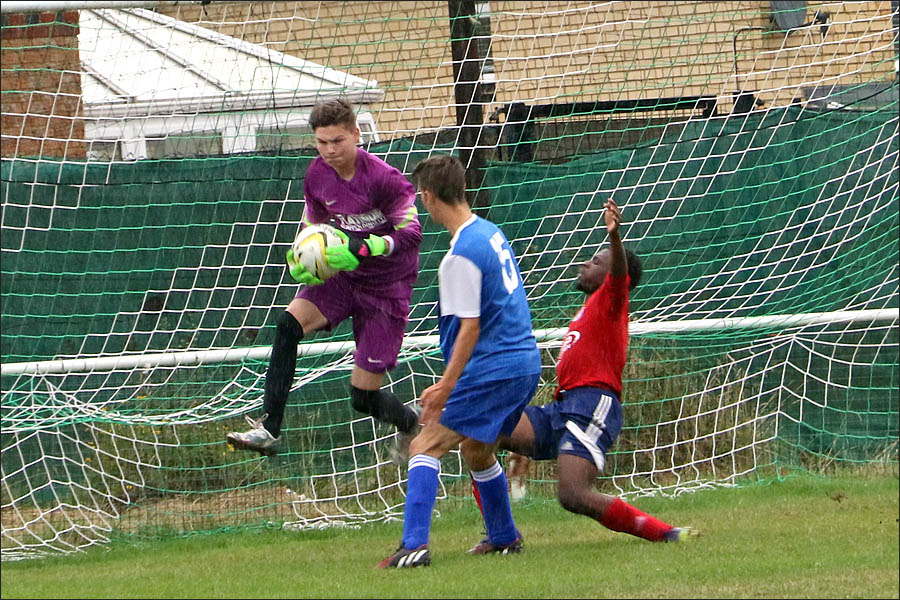 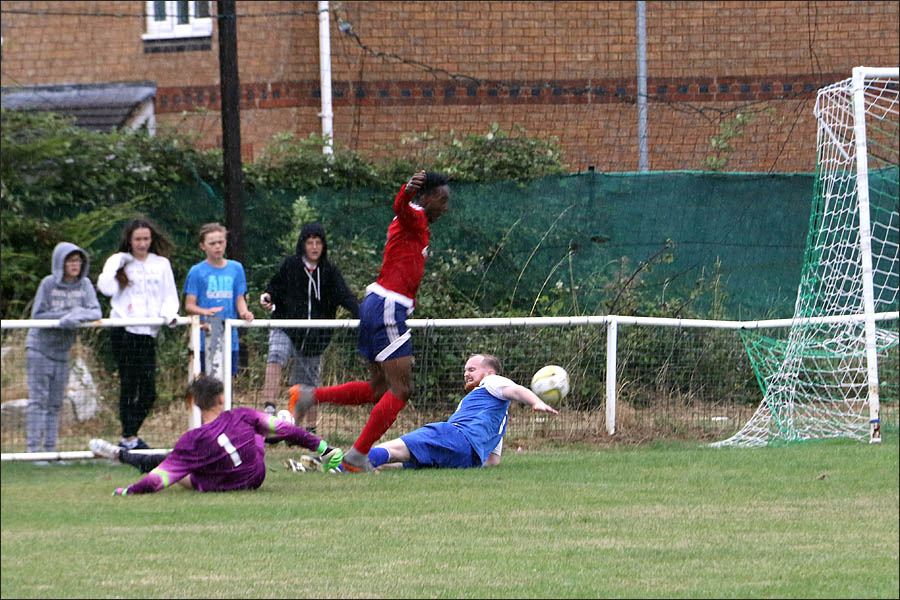 Harry breaks into a walk 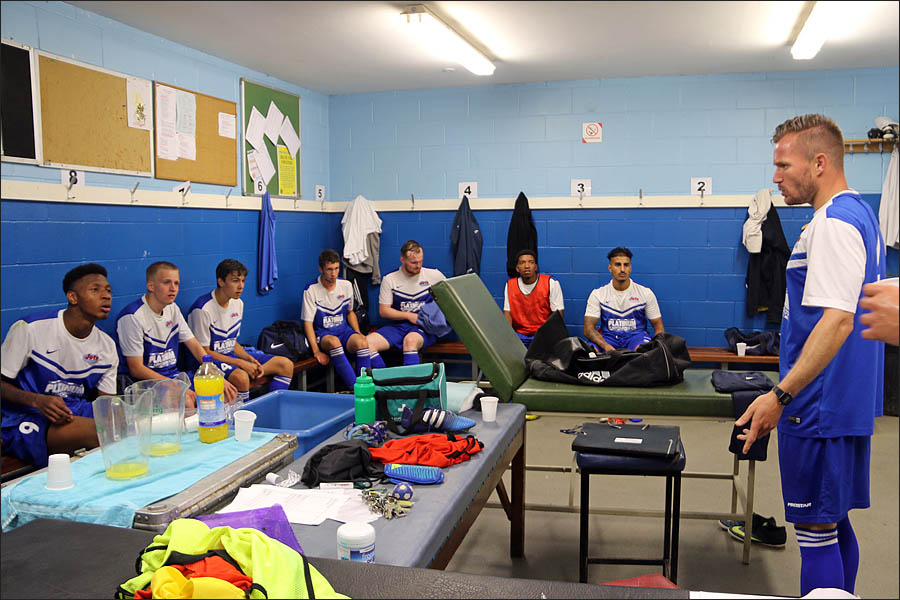 A job well done, Wazza preaches to his young guns