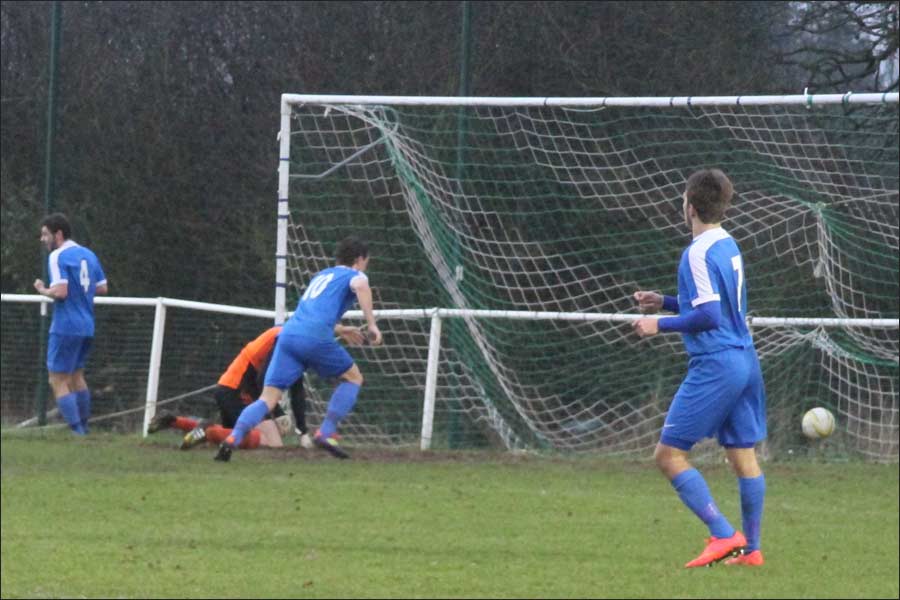 Jets fell to Biggleswade United and again errors were to cost them.

Normally Jets and Jets treasurer Dave Fuller’s home town Biggleswade are as tight on the goal front as his wallet, producing little to no openings, but today they shared a seven goal thriller that was to see saw right to the final whistle.

Jets started brightly and could and should have taken the lead before a lapse moment was to cost them a goal when Nick Elliot’s long range shot bounced before the keeper who, probably looking to see where he was going to throw it, let it slip through his legs into the net.

Jets went two down when a corner was met and saved well by Liam Nugent but the unlucky keeper was beaten by the rebound as Lee Bilcock fired home 0-2. 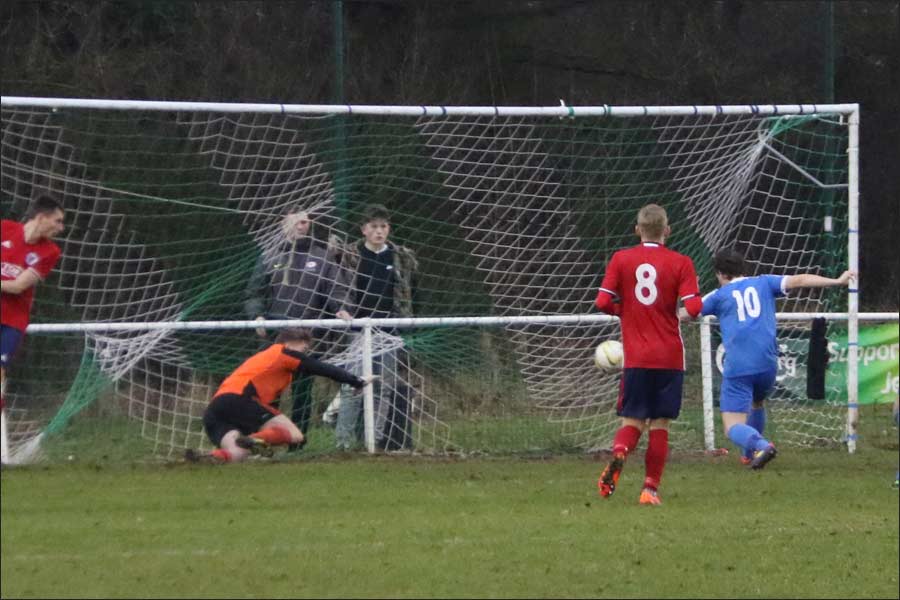 Luke Wells pulls one back 1-2

Jets rallied excellently and Jack Robertson and Jude Bell were steady against the skilful forwards, then Jake Kissiedu tormented the full back and his cross was met by Luke Wells 1-2. 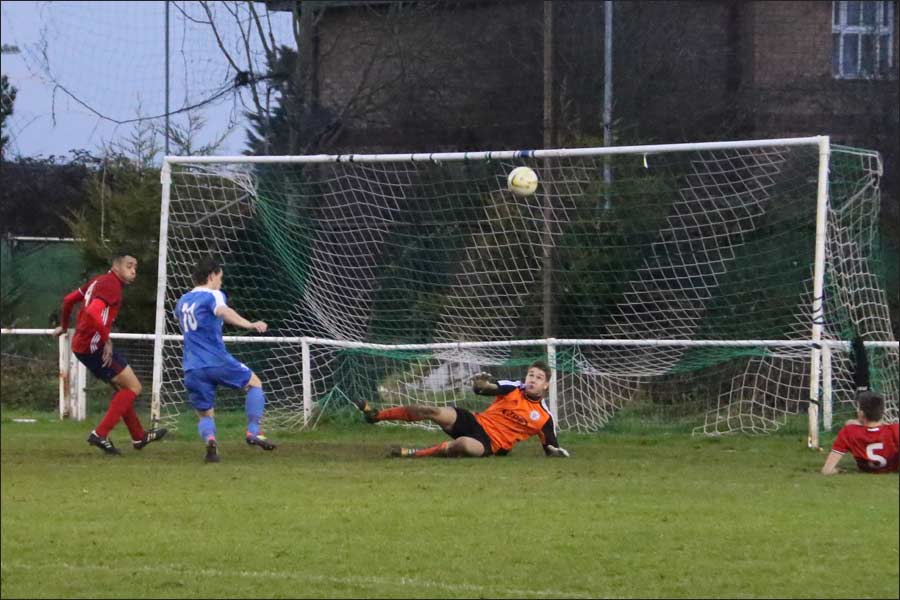 Almost a 2nd for Luke Wells

Wells should have converted again but was in agony watching his next effort graze past the post but it was a short lived reprieve for Biggleswade as again Kissiedu earned the corner that was superbly met by Sim Armstrong who headed home and Jets were all square at 2-2. Both sides attacked in an end to end game but that was it for the first period. 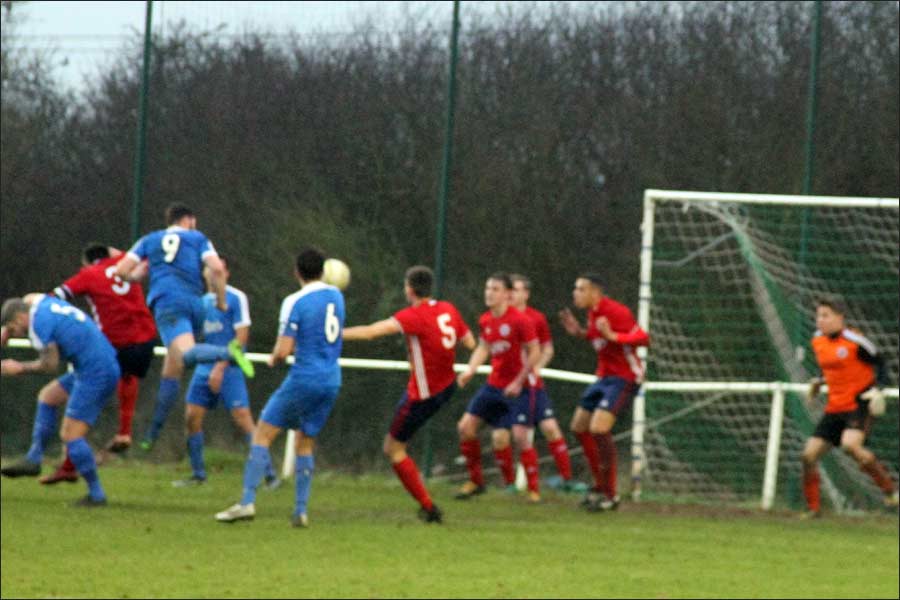 Sim Armstrong heads home to level it at 2-2 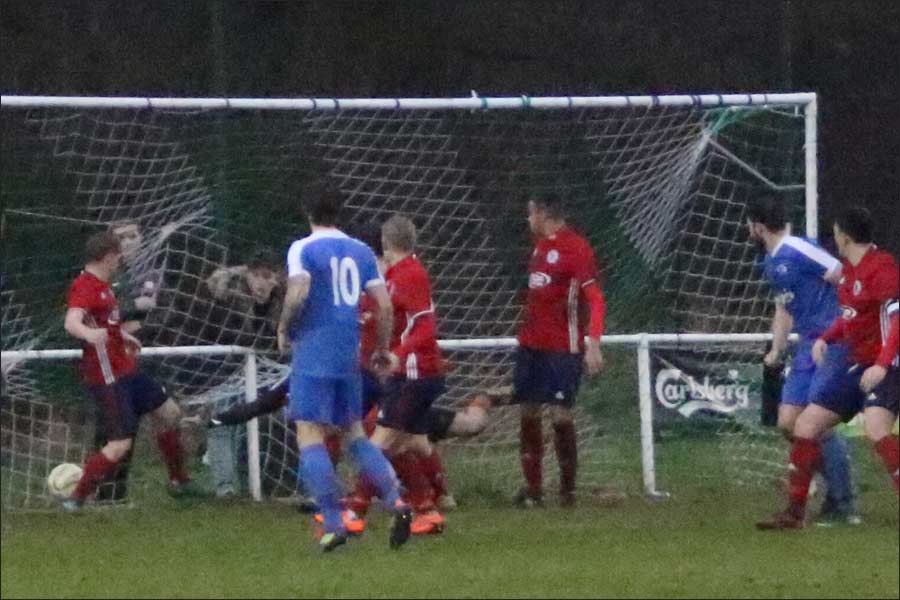 Neither side dominated but just as the visitors started to get the upper hand Sim Armstrong hunted down and dispossessed the keeper, who dwelled on the ball, and ran the ball into the net. 3-2 Jets. 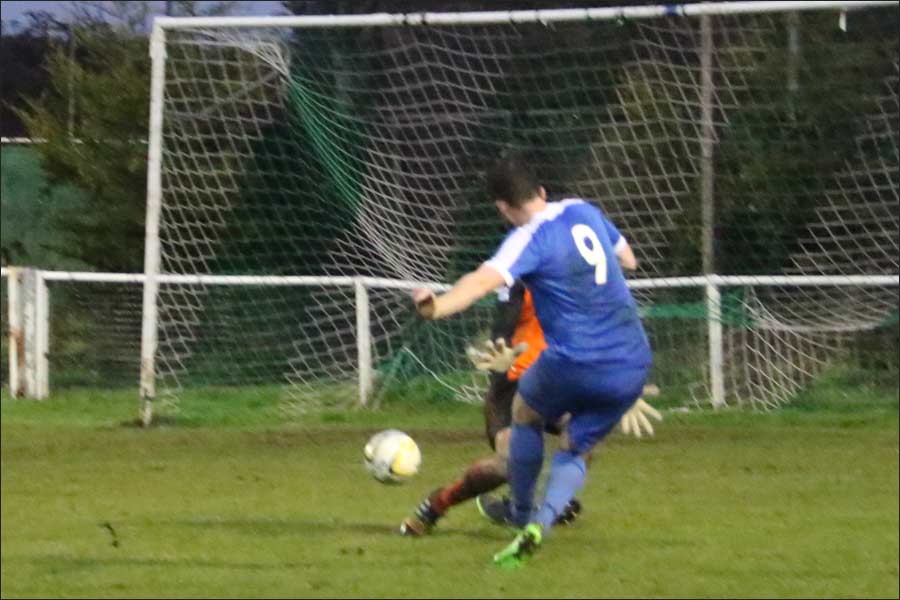 This should have been the lift Jets needed to push on but in the end to end battle it was the visitors to draw next blood when a nippy turn and shot caught the defence and keeper routed as it hit the net for an excellent strike from Matt Cooper. 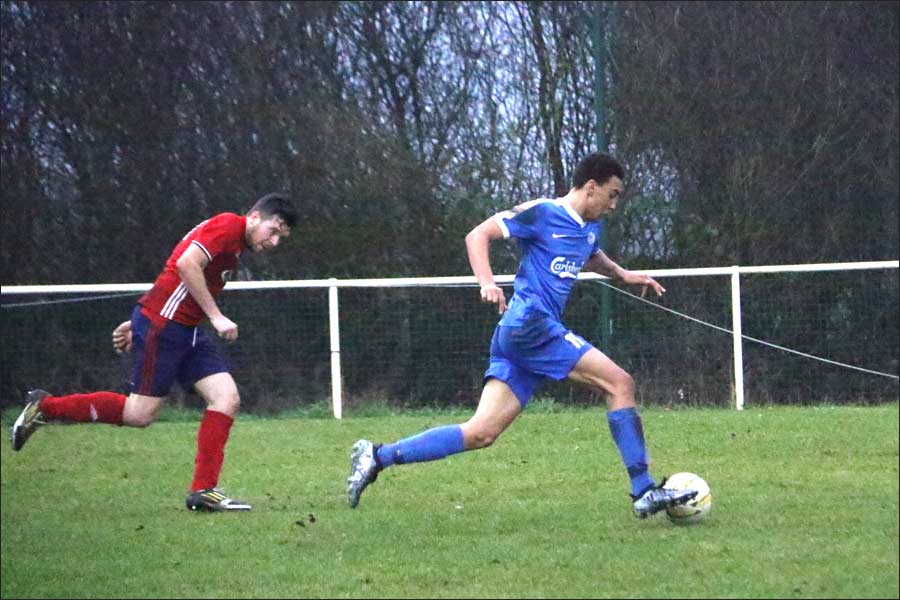 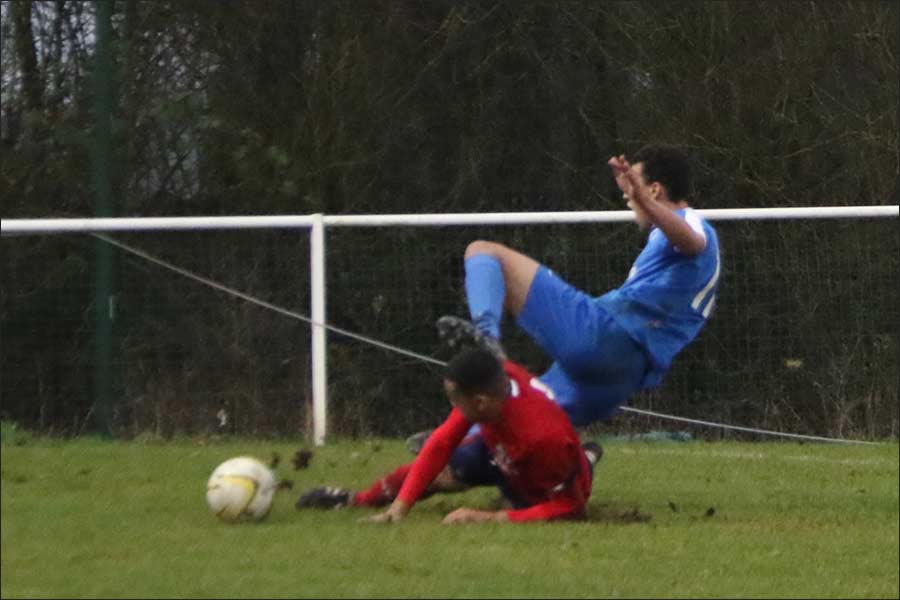 This heavy tackle on Jake took its toll

Things got competitive for a while and both teams earned a yellow but the tackle on Kissiedu was more costly and left the young winger limping before being replaced and with Luke Wells also off Jets were left struggling up front, then, with both sides looking like it was a hard earned point apiece, another sprinting break was a little recklessly jumped into by skipper Bell and with a clear but skilful 9.9 dive the referee was fooled and went to the spot and United converted for the winner. 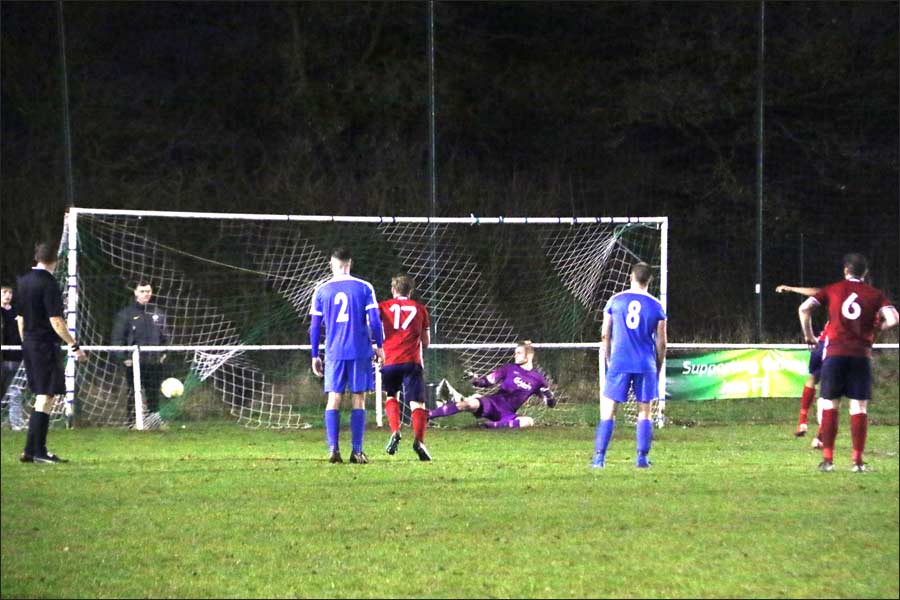 Jets were disappointed and sore more so with the winner but the facts are plain and clear, Jets must settle down and stop the reckless errors or they will slip into trouble in the table.

No man of the match was again given in the changing room that was clearly in a disappointed mood, but there can’t only be a MOM when we win so a supporter and the secretary were asked to choose. It was shared by Sim Armstrong with two outstanding goals, and skipper Jude Bell who the penalty suckered aside had a very good game against very good forwards. 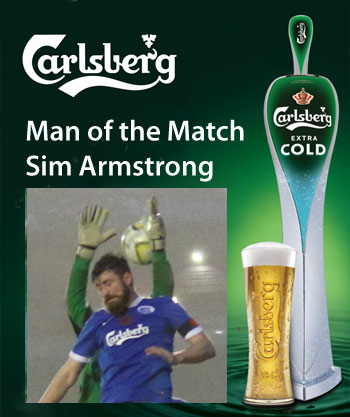 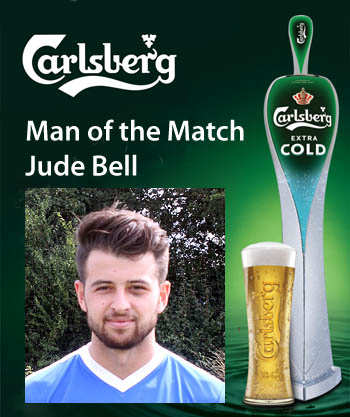 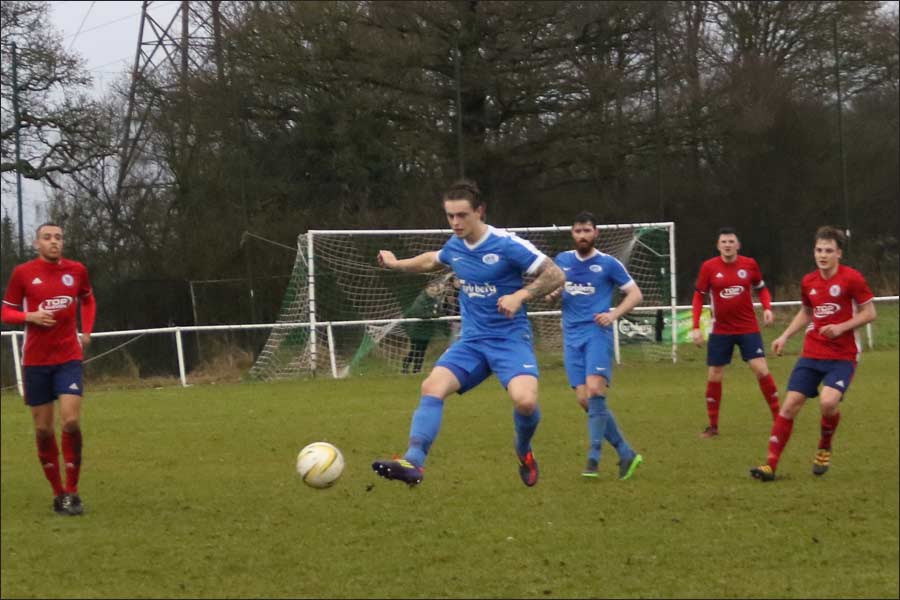 Luke Wells back in the goals 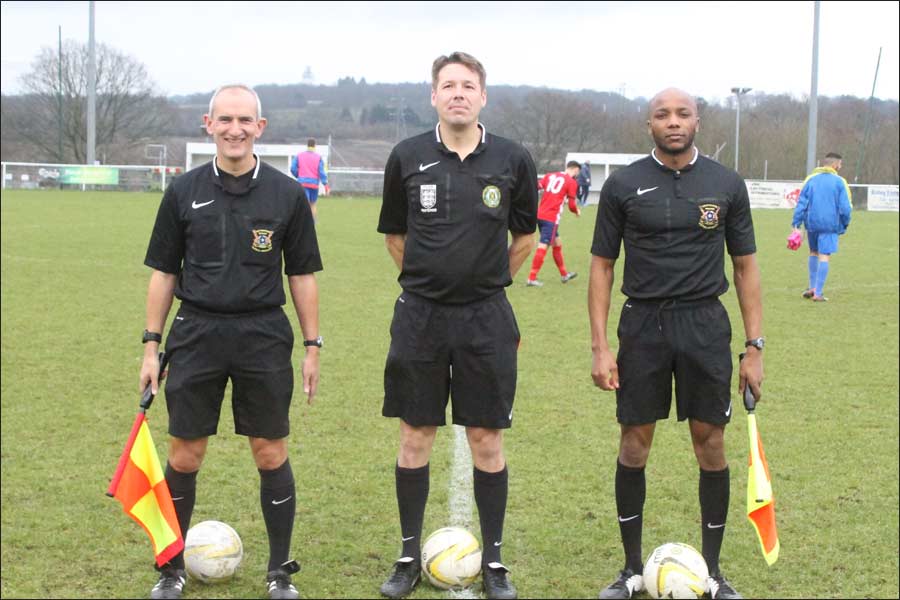