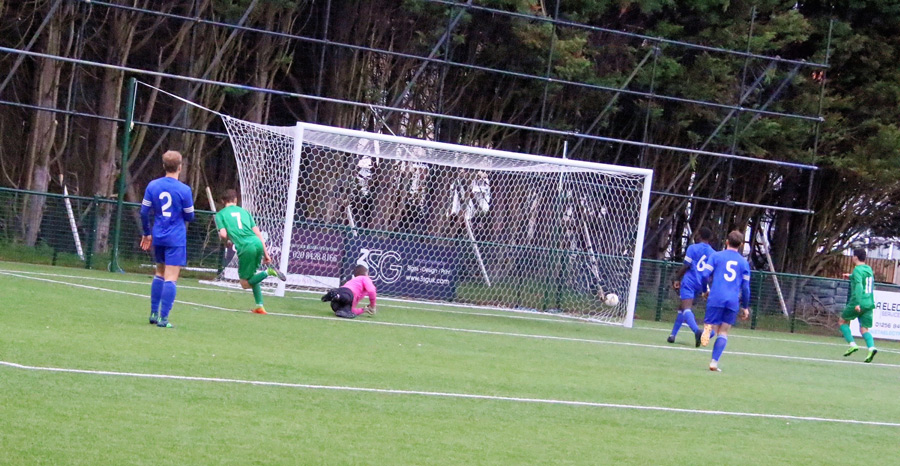 Jets started the New Year in style with a convincing 2-0 away win at Broadfields United. 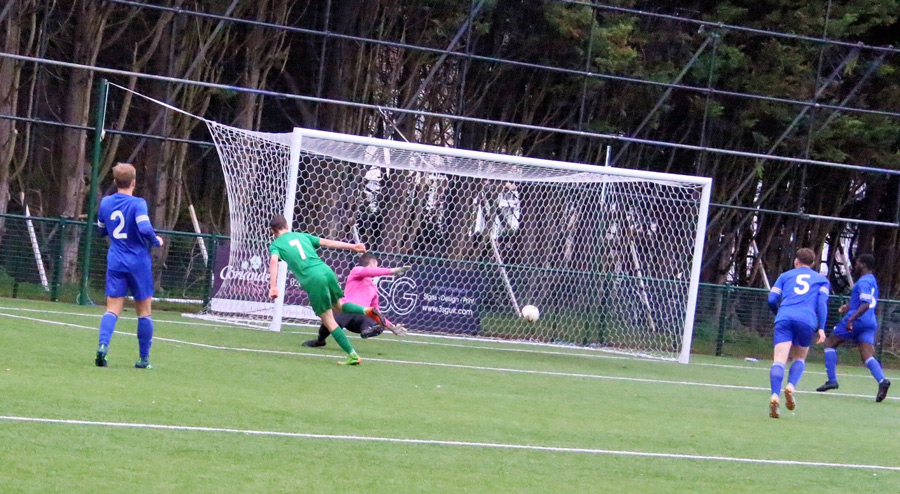 A goal in the first half by Jake Tabor in his debut start for the Jets, cutting in from the right and delivering a powerful angled shot past the United keeper. 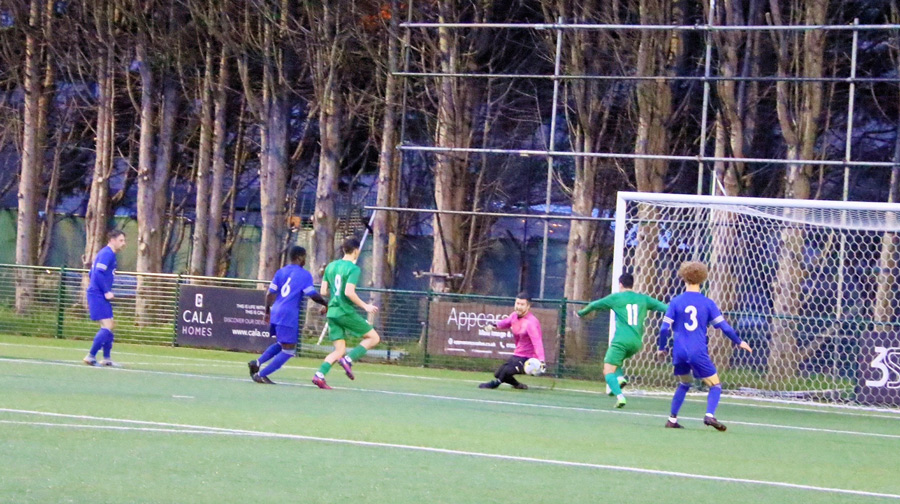 Tabor beats the keeper and Giordmaina (11) prepares to tap home. 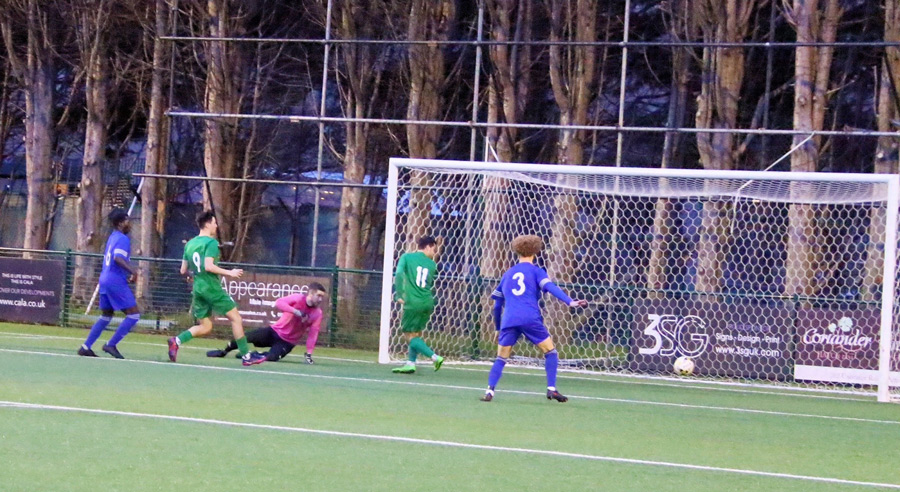 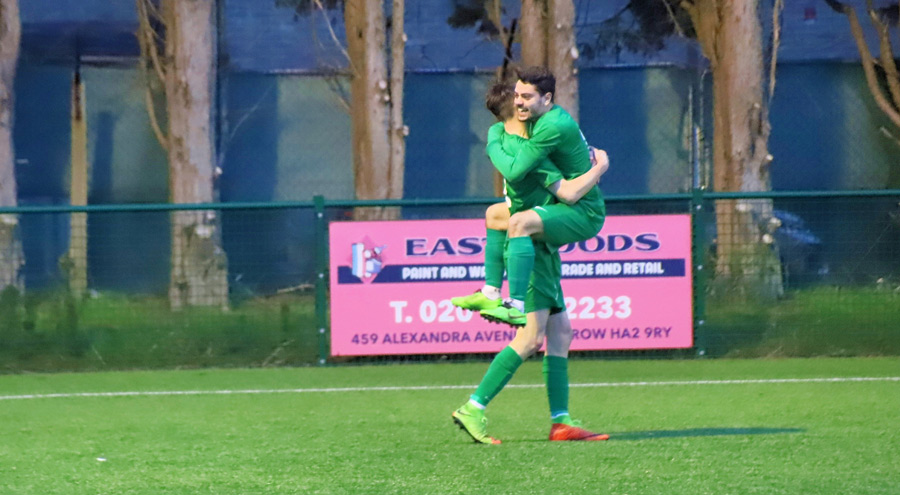 Jets increased their lead just 15 seconds into the second half. Sean Giordmaina latched onto Tabor’s powerful cutback that beat the keeper, leaving Giordmaina with the tap in.

The Jets were in control and missed a couple of clear chances to extend their lead. 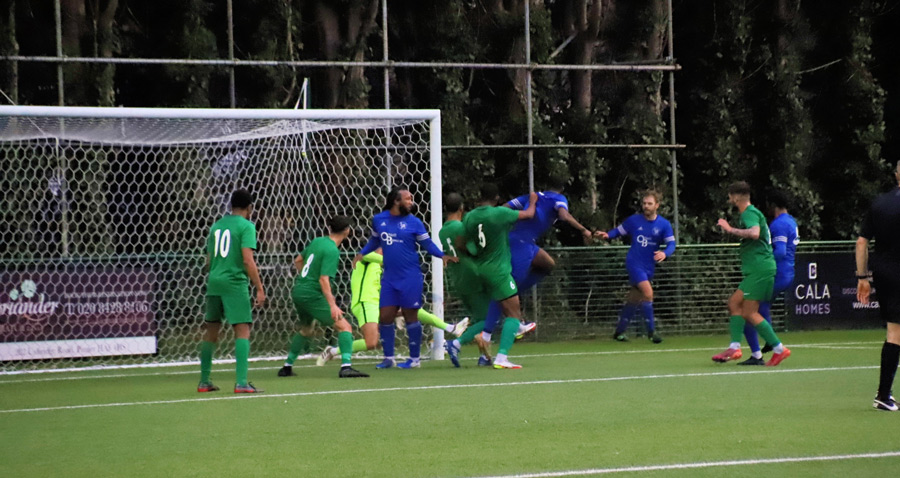 Big save for Lewis Todd – but a robust challenge broke some of his ribs.

Jets, however, suffered the loss of their keeper, Lewis Todd, for the next few games, when a robust challenge, with 10 minutes to go, left him struggling for the rest of the game. Toddy went to the hospital afterwards, and they found he had broken ribs. 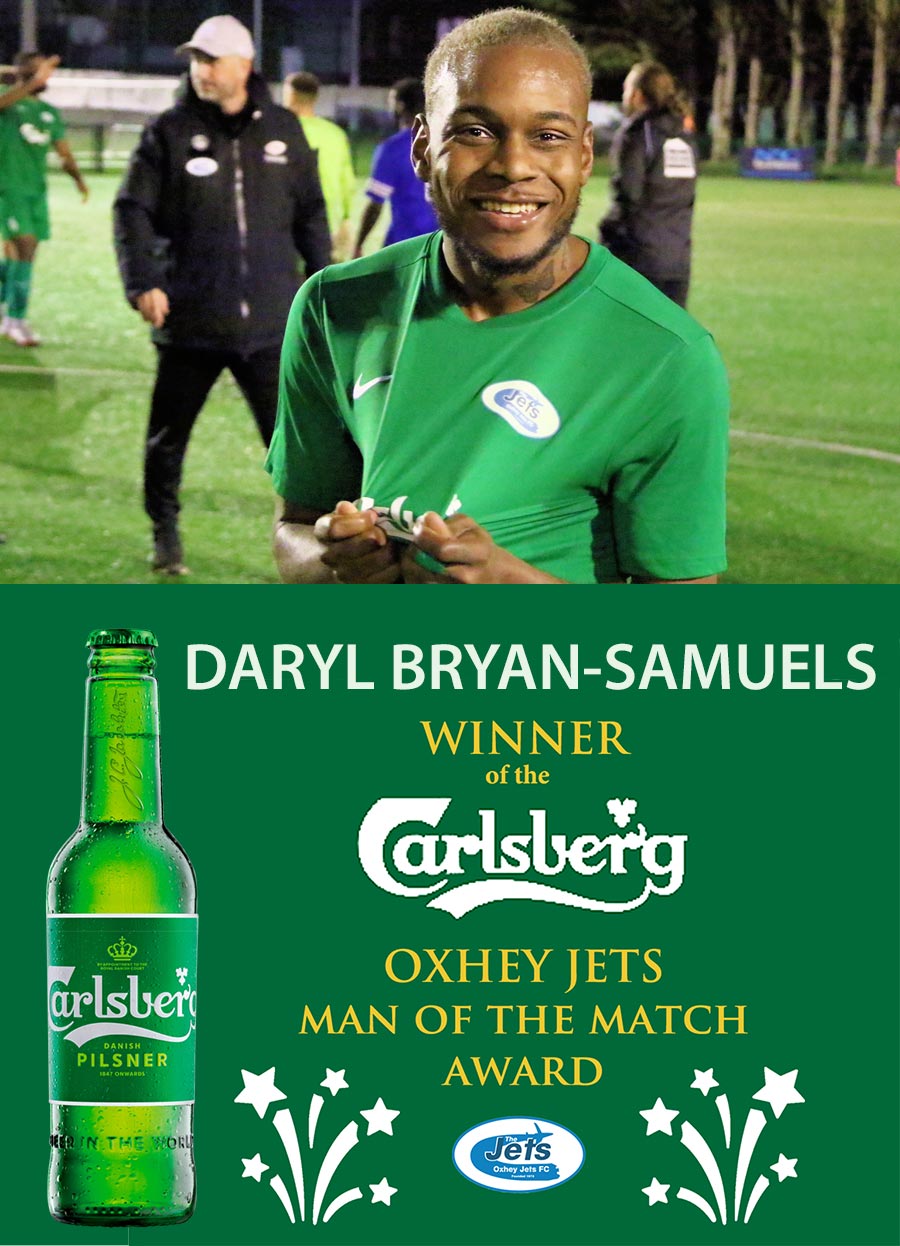 Daryl Bryan-Samuels was Jets man of the match for the quality of his deliveries and defending, and his work rate at Wing Back. Jake Tabor, with a goal and an assist, was a close runner-up. 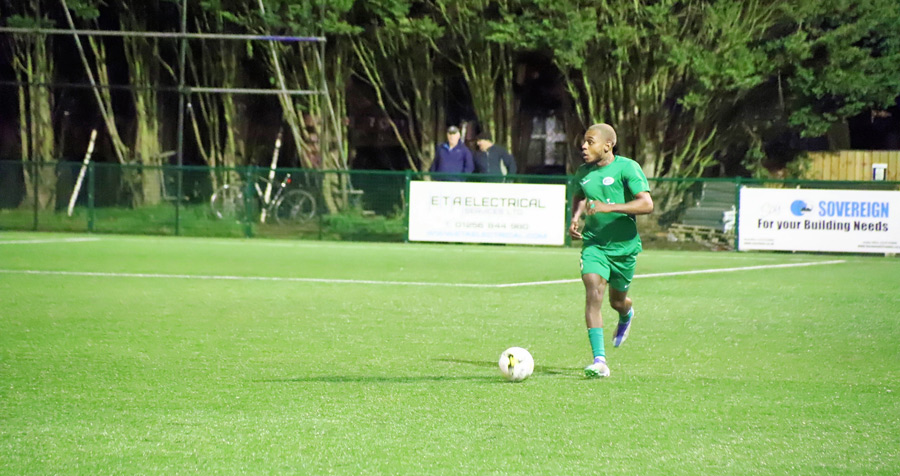 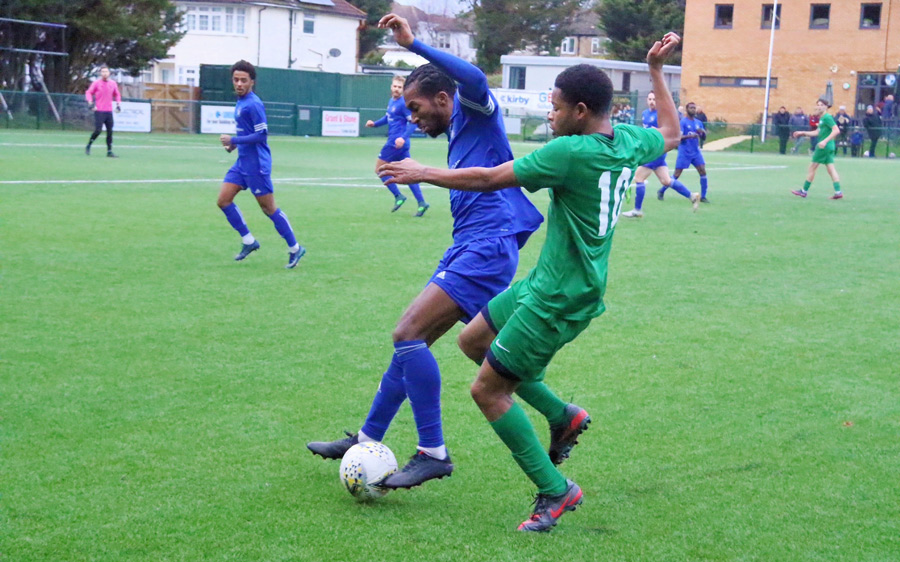 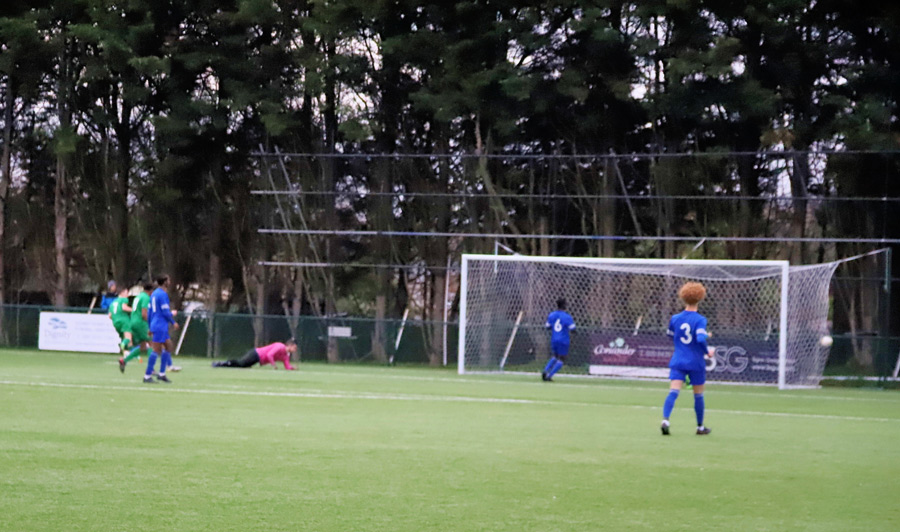