Jets gained revenge for the home defeat Saturday by winning away at Holmer Green with a dramatic stoppage-time winner in the Premier Division Cup.

Jets, on the back of a dreadful run with just one point in five games, had to brush themselves down and do some honest talking between the two matches, and it was a very different Jets who came out tonight from the first whistle to the last.

Onome heads against the bar early 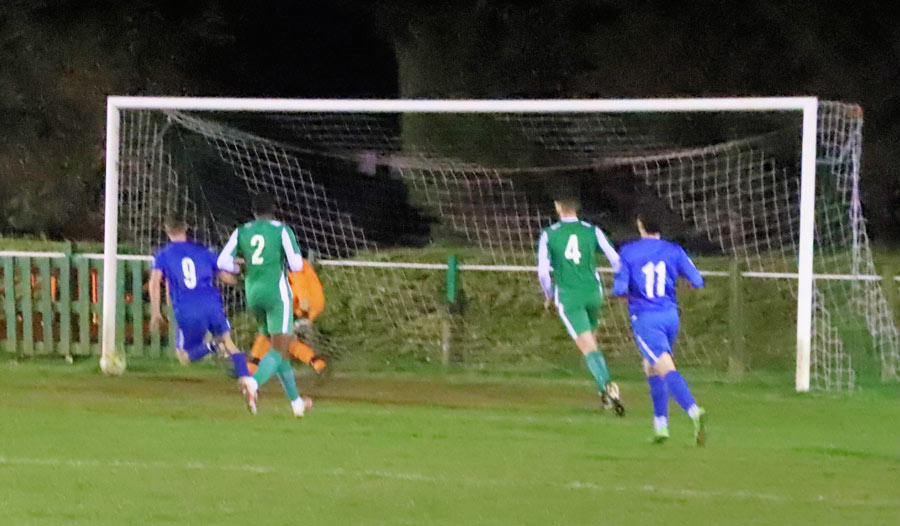 Jets created a bundle of first half chances, but no goals

Jets from the off were at Holmer, and the home keeper was to have a blinder all night, stopping everything high and low, and nobody more than luckless Jake Tabor suffered as time and time again his goal-bound efforts were kept out.

The Holmer keeper made a series of saves.

In all my years I don’t think I’ve ever seen such a one-sided match pinned at one end surviving saves, missed tap ins, penalty appeals and goal-line clearances, to then take the lead on the only excursion up the other end. Wow, what a worldie it was too. A dipping volley from way outside the box that no keeper would have stopped, the lad said it was his first goal for five years !!!

Jets defending on this is in question as a long keeper kick was, for reasons unknown, met by a dangling foot, not the expected header, that sent the ball looping towards the Jets goal. The bounce was not dealt with by two defenders and as it came down again the looping shot was volleyed home. 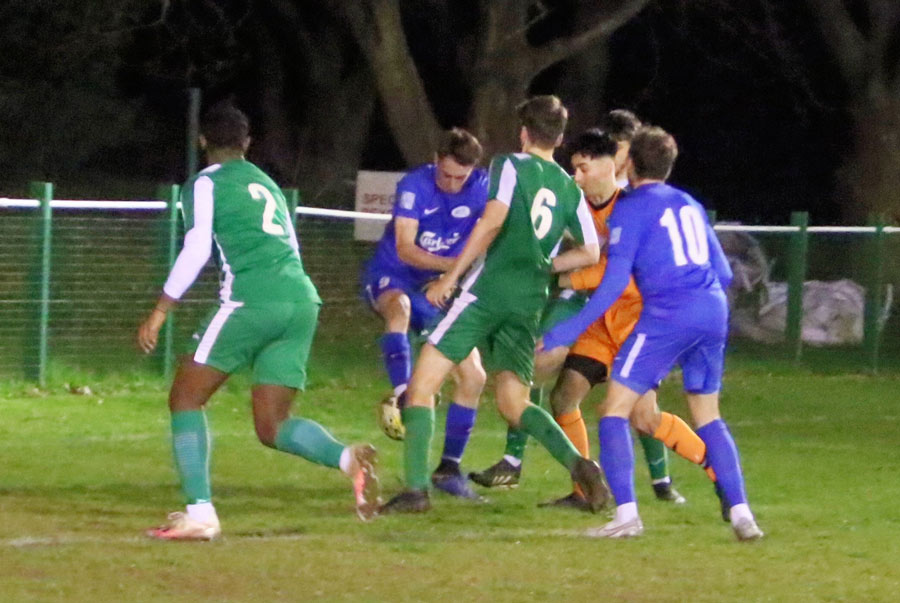 The first half ended with no way through for Jets

Sean Giordmaina did find the net to the relief of us all only to see the Lino’s flag almost apologetically creep up to wipe it out. This really was looking like Holmer Green’s night 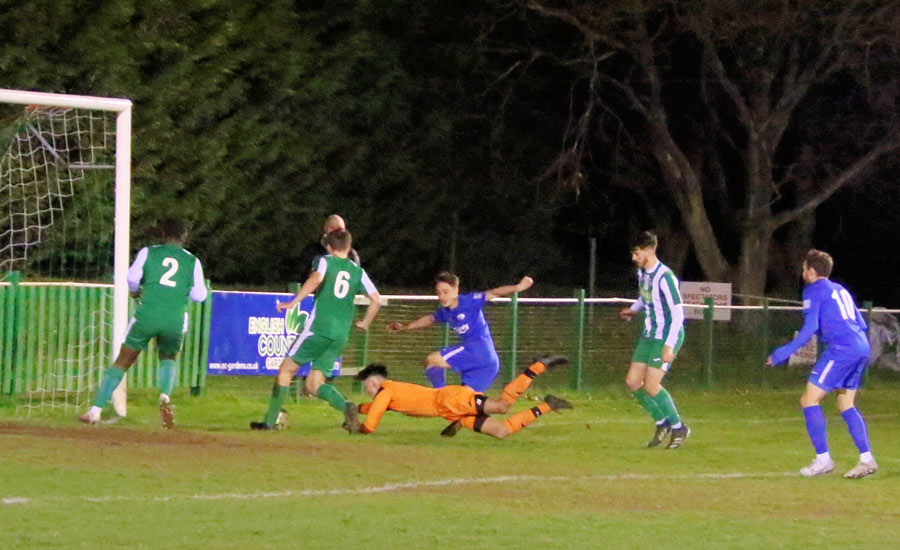 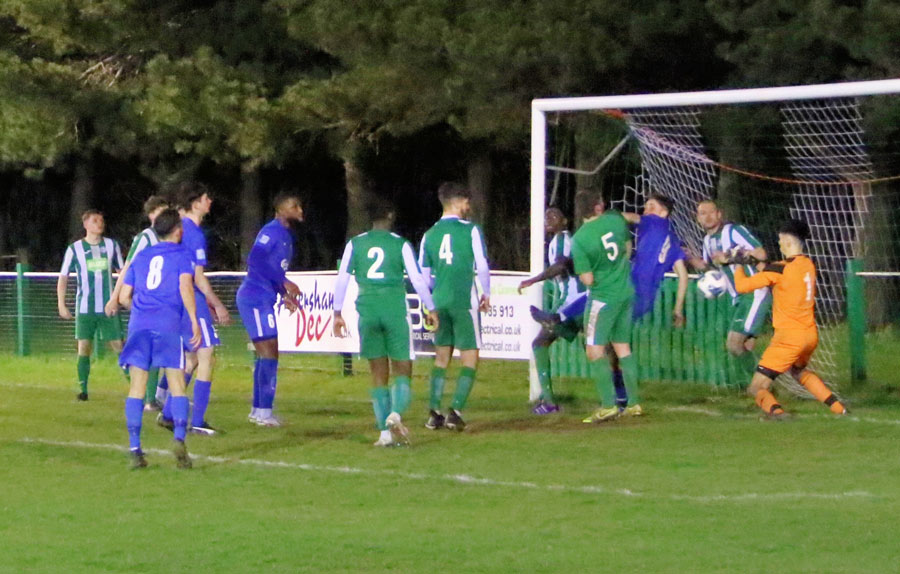 Frustration again for Jake as again Holmer found a way to deny him.

The second half started much the same, Jets pushed and pushed and pushed some more and a defensive Alamo held on. Sean Giordmaina and Kristian Swaby were opening the flanks and Jake was on the end of so many but with limbs, toes, feet and great goalkeeping it just would not go in the net, and Jets frustration started to show.

The “Father” of the squad Tom Inch was a constructive calming influence as Harry Beaumont’s team kept the upper hand. Then twelve minutes in a Jets throw-in worked across the goal and the keeper, put off by the powerful frame of Kenny Nobrega, spilt, and Tom Inch was on hand to steer between the defenders and over the line 1-1.

Now this looked to be the game changer as the home side would need to come out to play.

Jets, however, became more impatient and reckless and a bad feeling was in the stomach as some forgot their main job and piled forward with slow recovery leaving Jets more exposed to the break. The game became a little more even.

More chances came and went, and both sides were settling for penalties and making substitutions ready for the penalties to settle the tie. 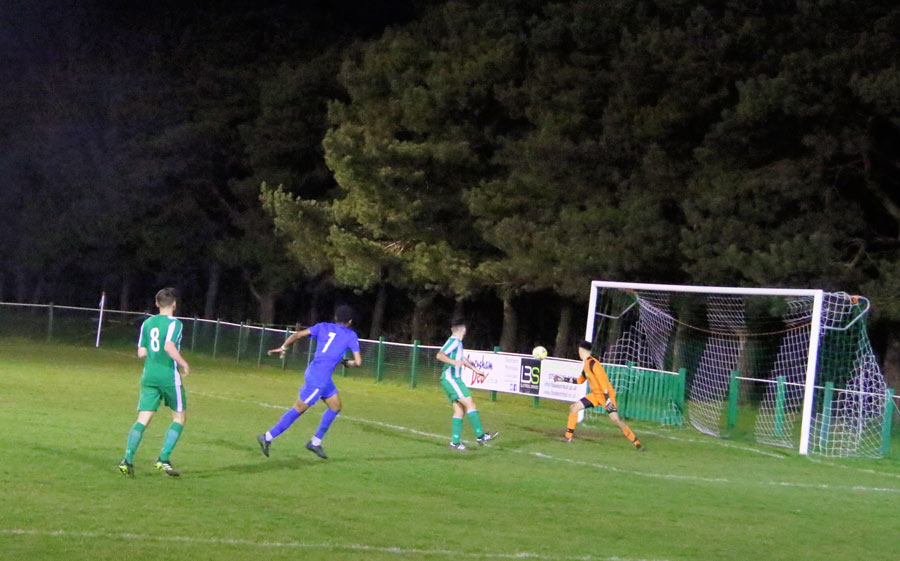 Brad Shaw, Jets keeper, launched a long kick upfield and the centre half failed to deal and a sublime back step and touch forward pass opened up the defence like a hot knife into butter. Jake Tabor added an equally classy lob and Kristian Swaby ran route one into the penalty area and placed a curler around the keeper for a stoppage-time winner.

In the extra added time there was a little flare-up as Sam Denham, who had been excellent all night, took one for the team. Jets defended the free-kick strongly and the final whistle sparked some strong celebrations for the young Jets side.

The Carlsberg man of the match:
Sam Denham was faultless, the incredible energy and passion of Vass was right in there but on the vote amongst the staff it heavily went in favour of Tom Inch, a goal and an incredible assist won the match for Jets.