Jets gained three more points in an exciting end to end encounter with Broadfields United. Both young sides going all out at times reckless to gain the attacking advantage.

Broadfields almost got a perfect start with a 25-yard dipper that had the away dugout yelling it’s in, but a stunning save by Lewis Todd denied them

On 21 min Kyal Williams jinked and jived and roasted the defence to score a solo goal. 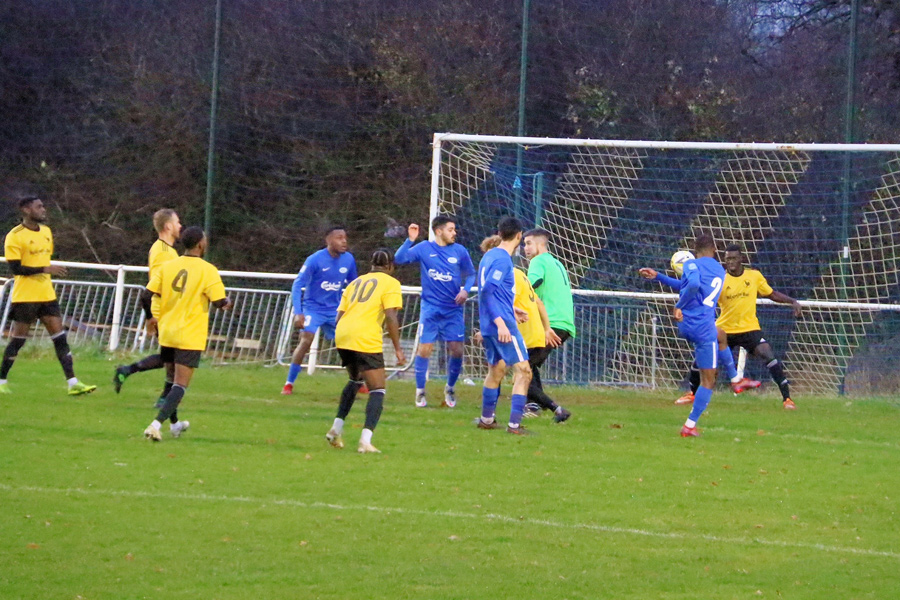 27 min the lead was doubled and it was two in two for full-back Kenny Nobrega, first, the keeper denied Sean Giordmaina’s salmon type rise and header but Giordmaina composed and headed the rebound back for Kenny to drive home.

Broadfields bring it back to 2-1

Kyal brought down for a penalty

Would Jets capitulate, no, the response was instant Kyal Williams again pulverised the defence and was flattened, the referee went straight to the spot and Theo Costa slotted his first goal for the club.

Jets should have had a second pen for a foul in the area, but nothing was given. 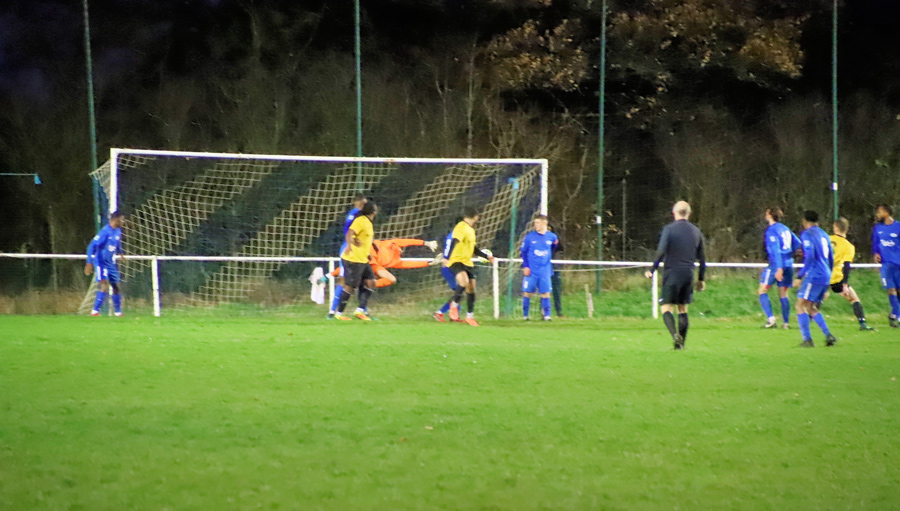 One of a number of important Lewis Todd saves. 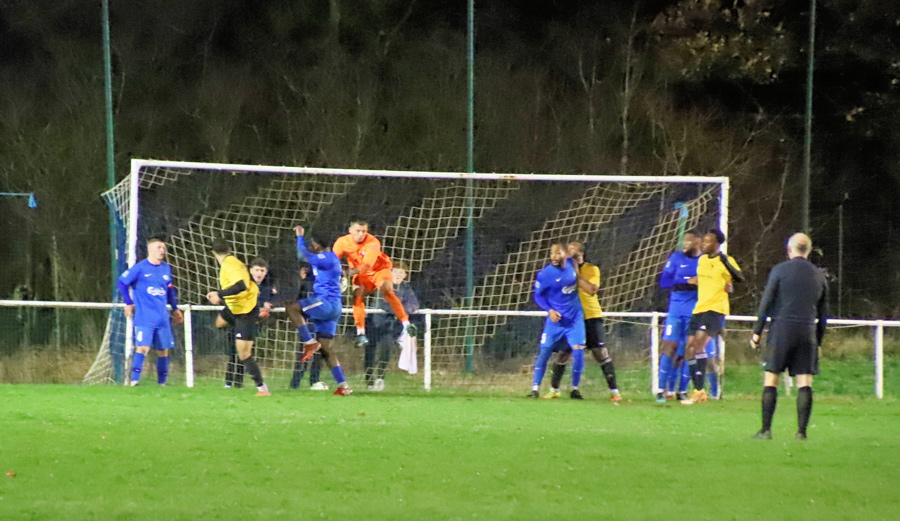 Jets seemingly didn’t hear the whistle to start the second half, because for twenty minutes we were dreadful, and Lewis Todd was on top form to deny the visitors,

Great header from Sean Giordmaina produced a stunning save.

Jets carved very little, but the United keeper made the save of the match from a Sean Giordmaina header that looked unstoppable.

Jets were finally beaten by a back post corner in stoppage time by Rhys Lendore-Martin 3-2 (90+2), but Broadfields had no time to threaten an equaliser. 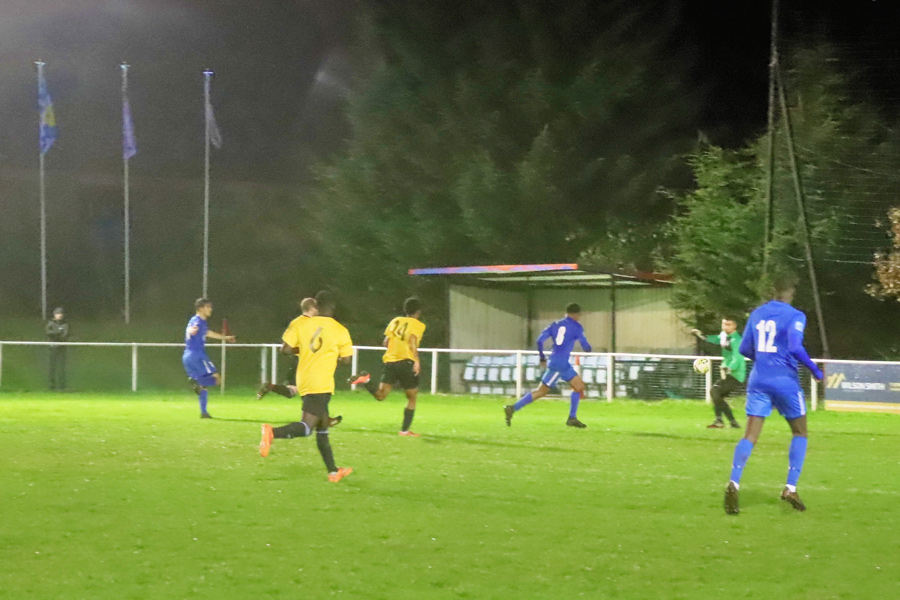 Three minutes more of stoppage and Toddy denied, but then young Nathan Page went clear to secure for Jets but shot wide. Where was that legend scorer, dad Gary, when you need him?

Three points, two wins on the bounce and up the table again for the buzzing new side. It’s a pleasure being with these lads. 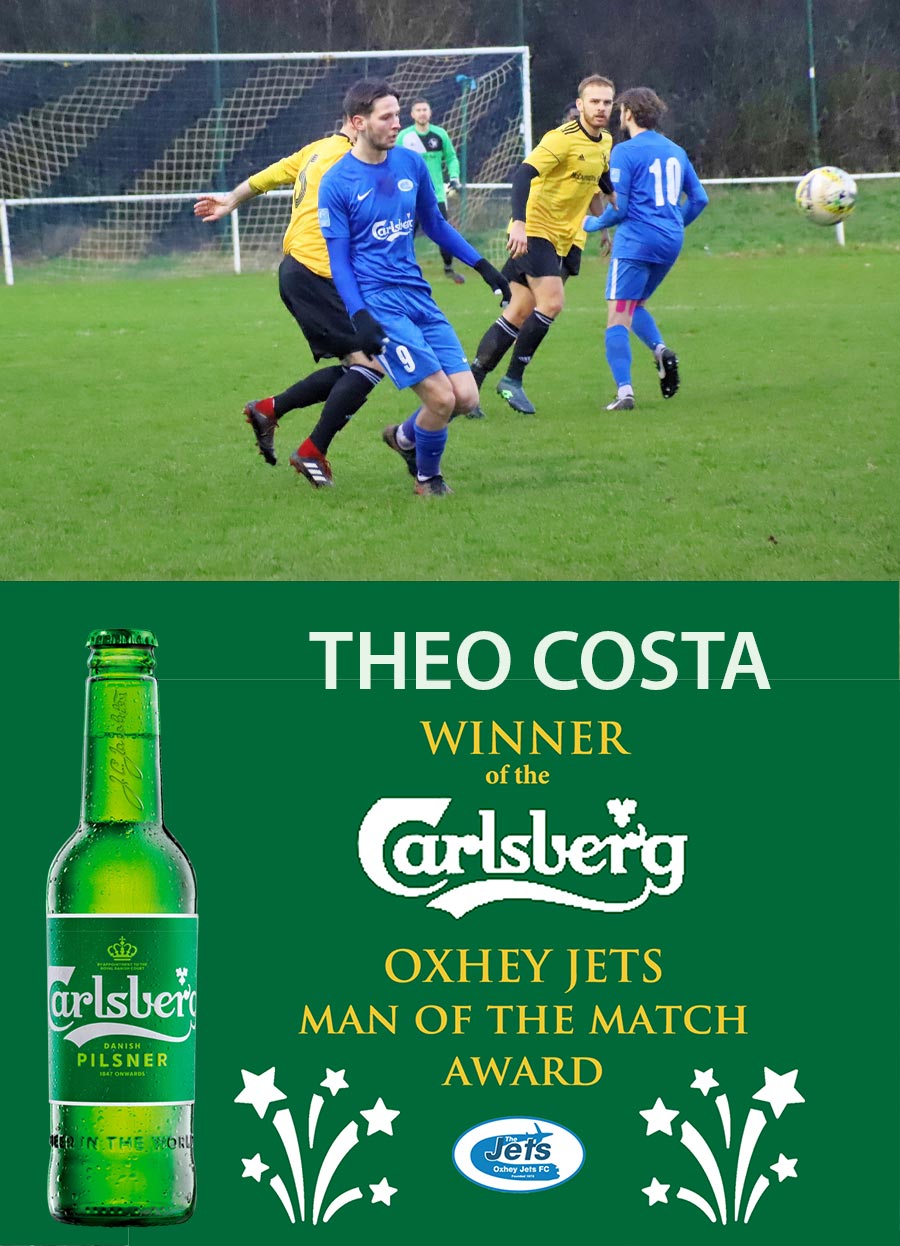 Man of the match was a two-horse race between the red hot Lewis Todd in goal and the forward getting his first goal Theo Costa, the nod went to Theo for his work and running throughout and vision playing others in. 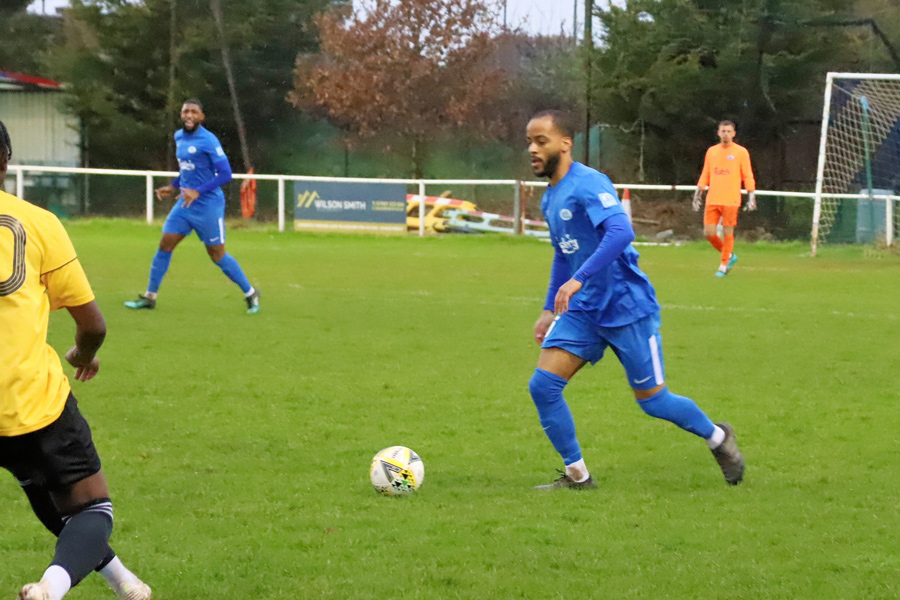 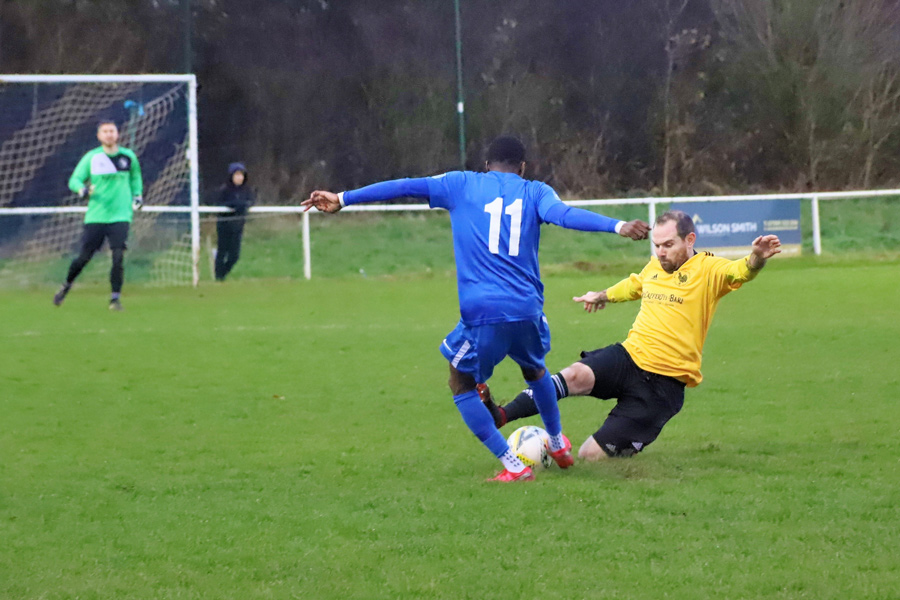 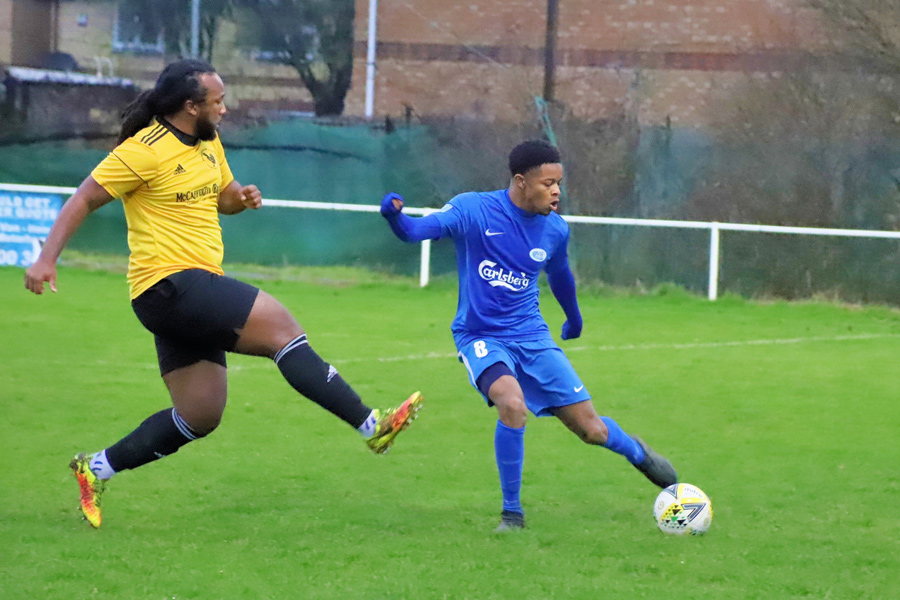 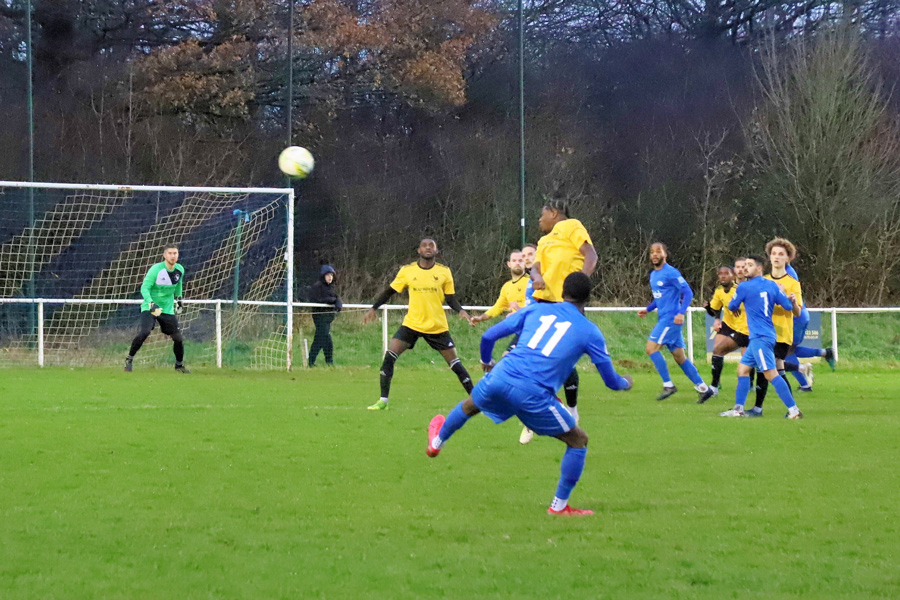 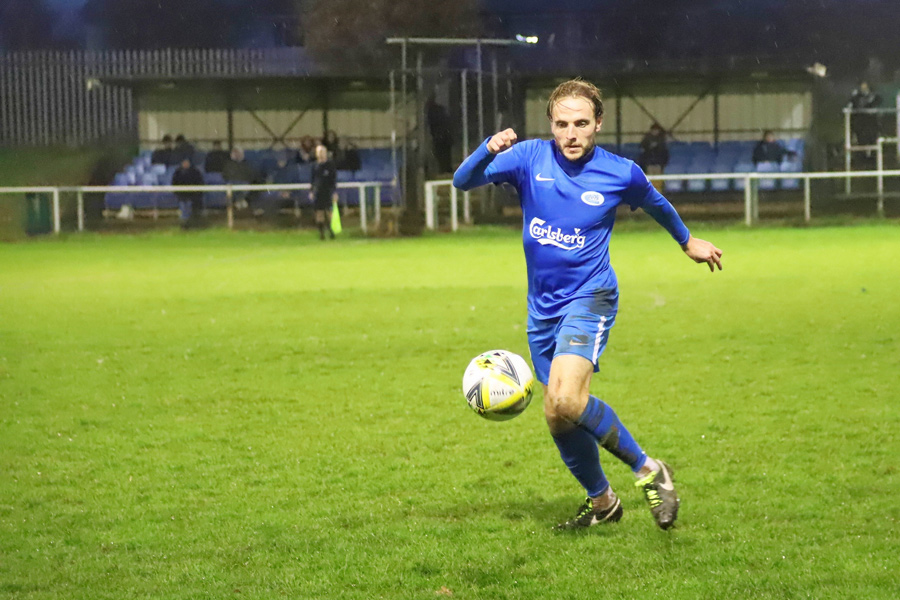 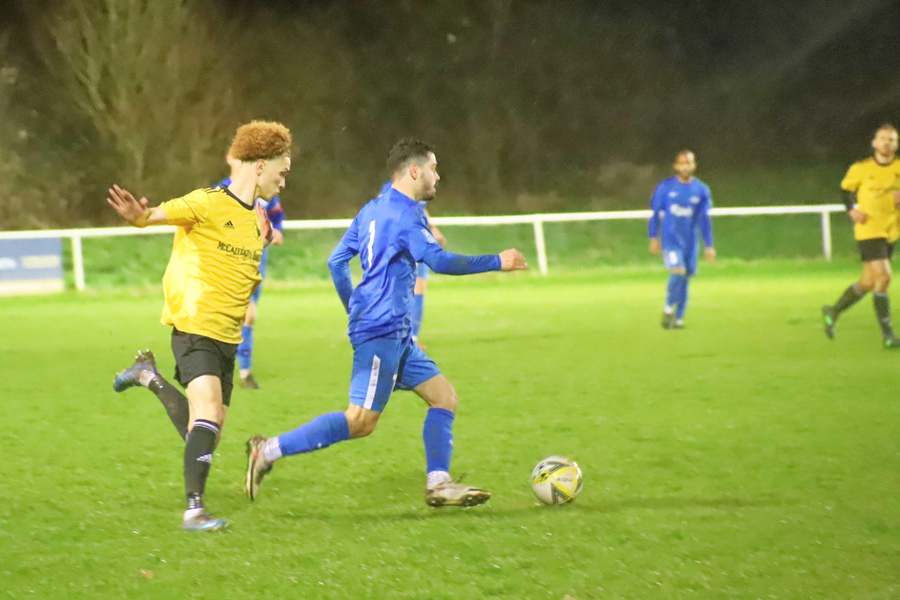 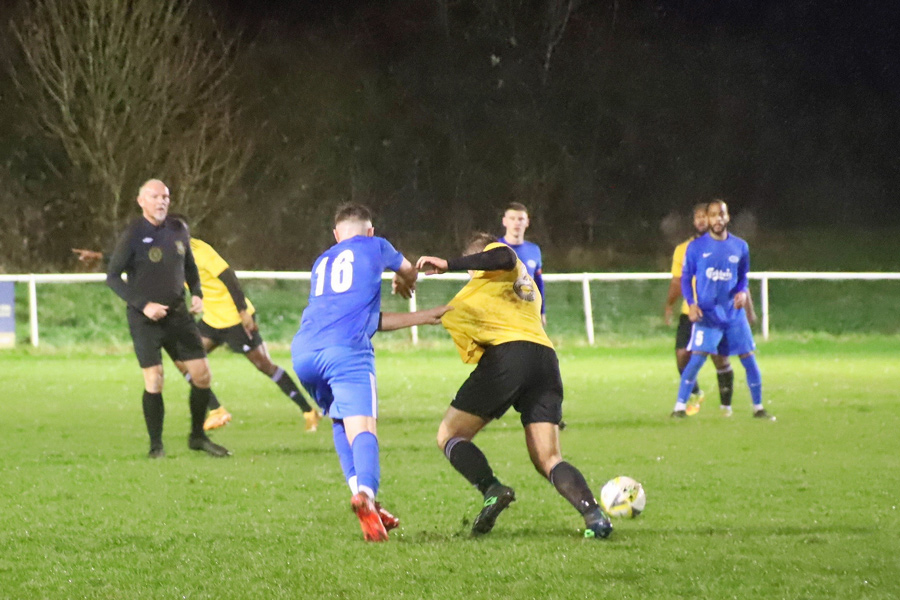 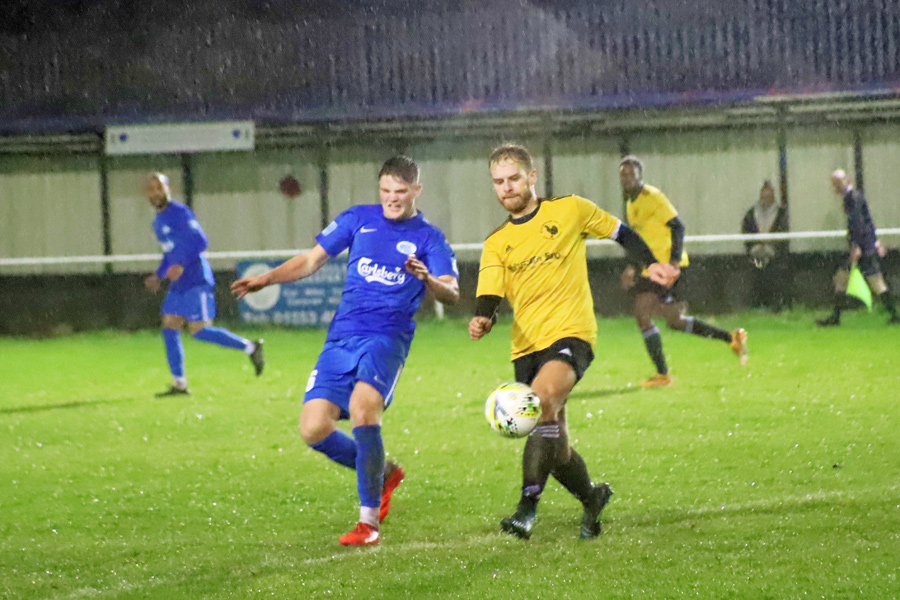