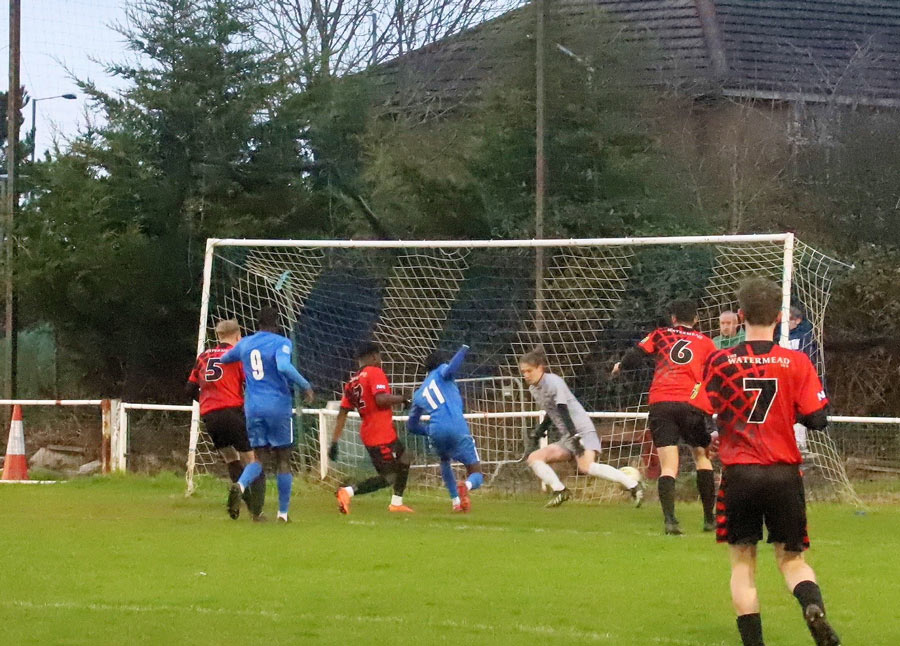 Jets literally were blown away at the Boundary stadium by Aylesbury Vale Dynamo’s who quite frankly got the points because they played the dreadful conditions better than the inexperienced Jets side.

It was an end to end game but AVD were more clinical when it counted, both had early chances and twice the visitors were denied goals with the ball in the net by the assistants flag, there were no complaints by the visitors but the assistant was definitely Jets most reliable defender today, the normally tight defence was as shaken as a wobbly Xmas Jelly as the wind was hammering up the pitch into jets faces in the first half. 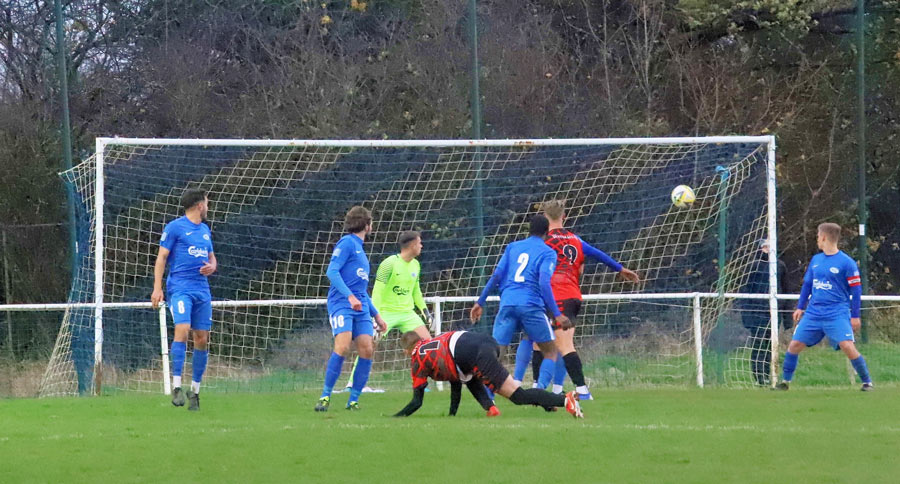 A superb goal by Stapleton opened the scoring for the visitors after two saves by Todd in the Jets goal a spectacular overhead kick found the top corner giving the keeper no chance. (23 min)

Jets pushed for the early equaliser and a multi chance scramble involving multi-players was bravely kept out by the Vale keeper who smothered, blocked with anything multi attempts by the front line. 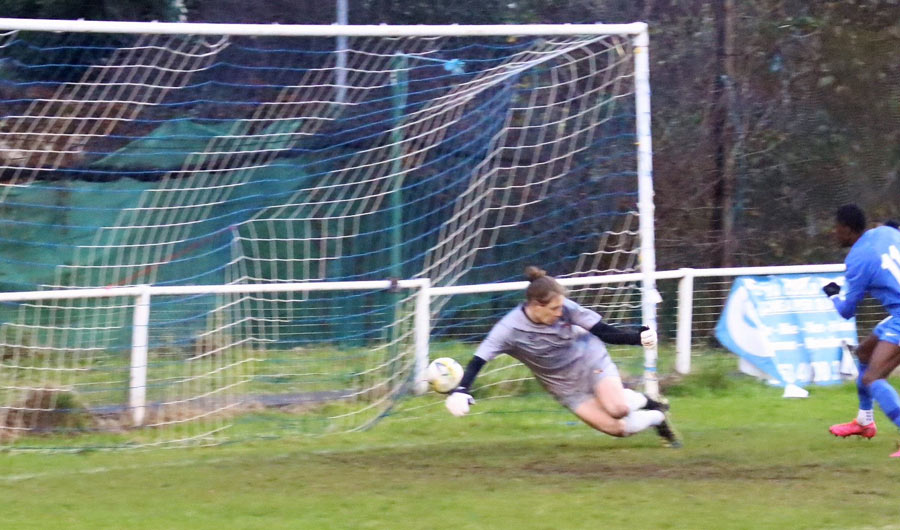 Sloppy immature defending made the job harder as Brown added a third 1-3 on 38min beating three jets defenders to slot past the keeper.

Jets now had the gale, sleet was now in the wind also so jets just had to get about the job, but just two minutes in the job was almost impossible when again dreadful sloppy defending presented Short a chance from absolutely nothing to all but kill jets off 1-4 (47 mins)

Jets front three plus Inch were trying on the rare ball feed they got and on 55min Kyle Williams pulled another back 2-4 with his second of the game.

Disaster when Jets Mr Reliable was seen to be human after saving Jets in recent games and gaining at times snatched points Toddy dropped one when presented with time to spare and Stapleton was on hand to nail the pain, and really game over as Jets keep shooting themselves in the foot.

Now snow was added to the conditions as Jets flag poles were bending 45 degrees in the direction of the AVD goals. 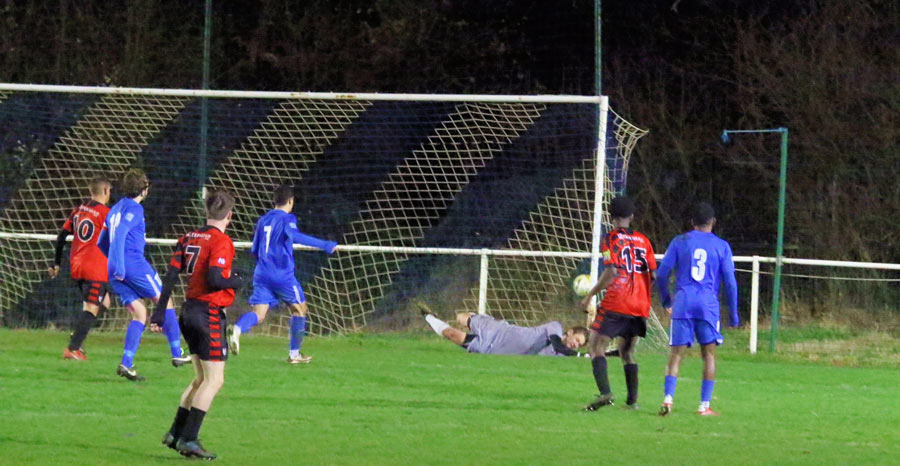 Hope was restored with an excellent strike by Sean Giordmaina (70 mins) that was unstoppable with the win assist and jets had twenty minutes to get something. 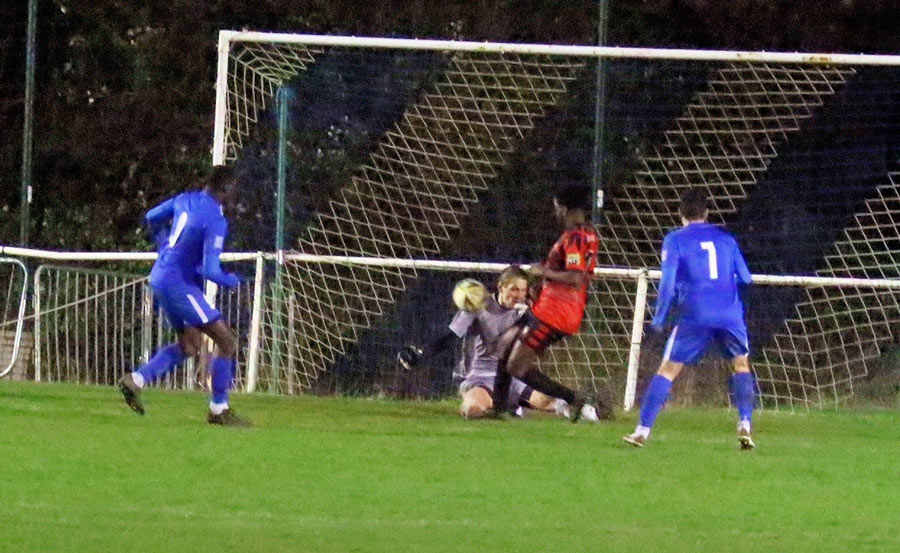 Unfortunately, the chances were rear, you feel for you for Ricardo at the moment who can’t buy a goal as he suffers the strikers’ drought, it was all jets now but too many trying the grandmaster ball that was beyond their pay grades that were overhit or nowhere near there targets, it was actually hurting Jets not inspiring them as the clock was running down and Jets hopes being blown away.

There was a penalty appeal and the Jets wingers tried with a supply shortage but in stoppage time Kyle Williams added his third a second hat trick for him 4-5 but it was too late for Jets.

A brave effort you should not score four at home and lose, the manager more than pointed out the problems and it’s fair to say ears were burned and home truths planted on some higher football hopefuls about their performances for the team effort and a warning that the future is not guaranteed for most when Tuesday’s squad is named. 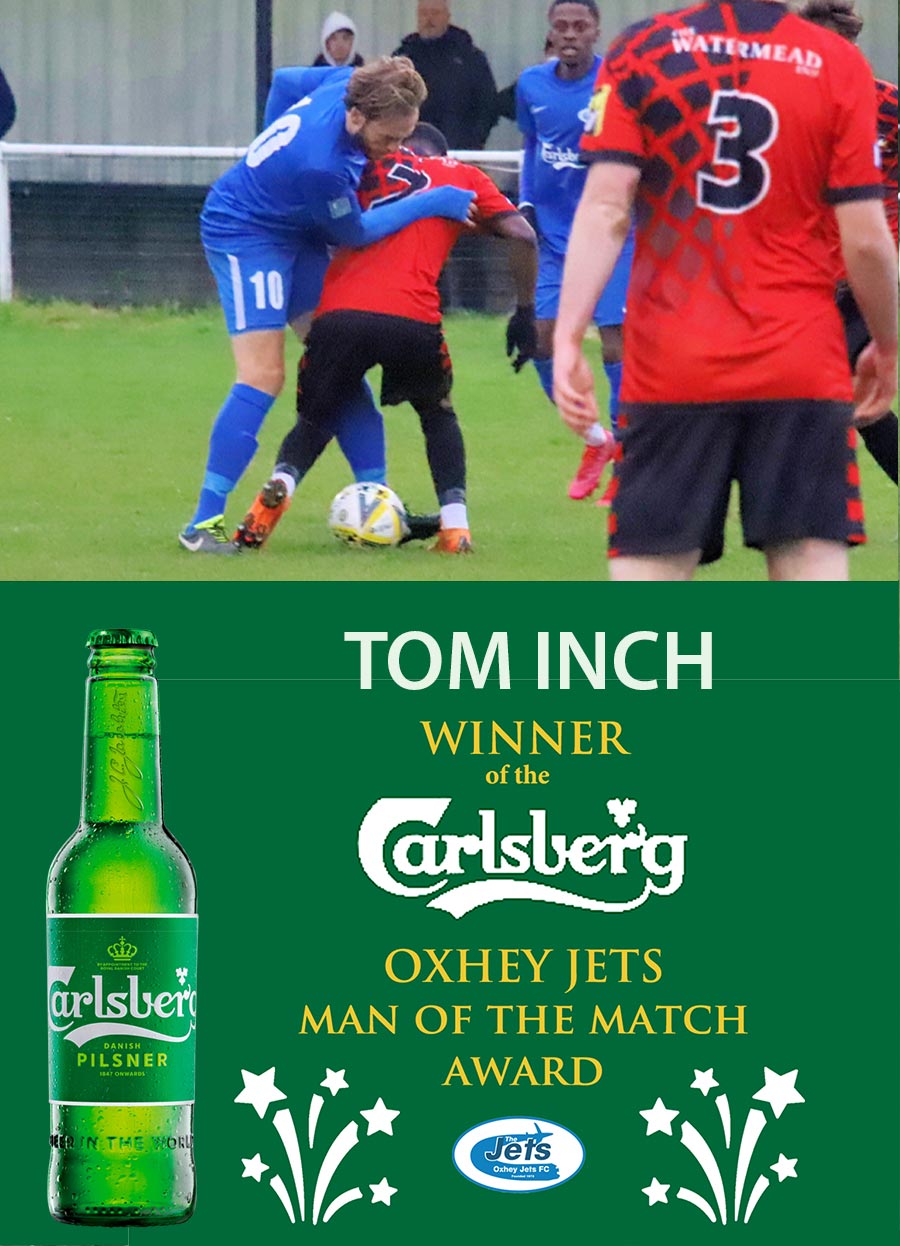 No discussions on the Carlsberg man of the match it was unanimously agreed to be Tom Inch since the assistant referee was not available for nomination.

It’s easy to always think the recent was the worse, was it playable, no not as a football spectacle but the same for both sides, was it safe yes hypothermia aside for the less active or spectators but AVD worked hard and played the conditions better in a very well refereed match which was a positive after recent experiences.