Saturday 20 November firstly, and very importantly, we remembered the anniversary of Tom Lake KIA, and we thank Dunstable Town and their youth teams for joining us in perfect respects and for the fantastic tribute in the matchday programme. 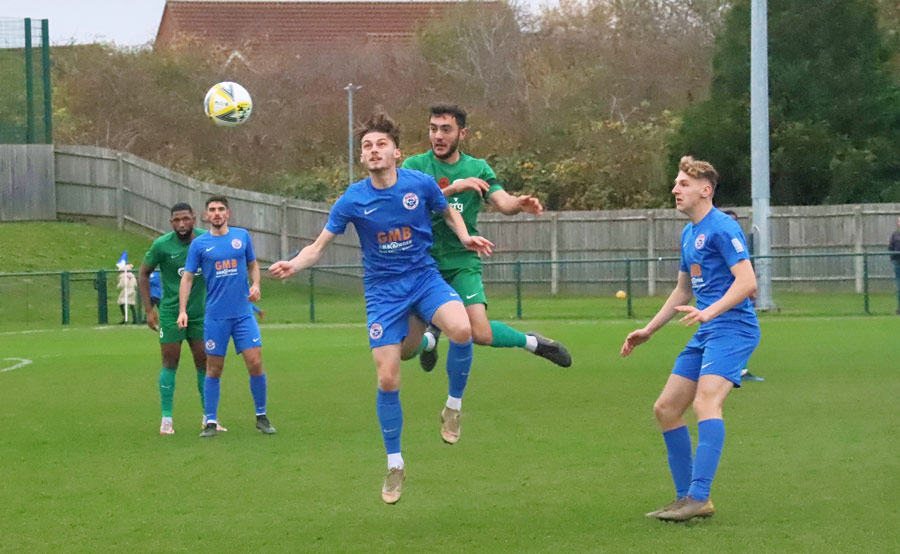 Jets fell to a single goal defeat at another re-emerging team on the first bitterly cold day of the season. Jets had Bradley Shaw, a young teenage debutant, in goal due to both their keepers not being available and what an impact he made as he pulled off a superb top corner save to deny Town the early lead, a save that days later was still being mentioned on Town’s social media.

Bradley Shaw makes a triple save to deny Town

The match really was as tight as any I’ve seen this season with defensively both sides well on top, so chances at a minimum. Jets had two openings but on both occasions failed to make contact, whereas Town’s best chance was a scramble in the box that forced Bradley to make a triple save, jostling on the ground with the forward but somehow star jumping to turn the shot away past the post when the ball was laid back for his incoming teammate to slot.

The second period started much the same but the Jets were then on the wrong end of terrible luck and probably the only way the young keeper was to be bested today, a terrible deflection has the shot went right, the keeper committed, then it bounced off a Jets central defender into the opposite side of the net, and it was to turn out to be the winner.

Jets hit the bar with the keeper beaten.

Jets from that point pushed forward and could and should have got something from the match. Kevin Christou committed all his bench to forward guns and Jets pushed and pushed, twice stunning shots clattered off the underside of the bar and somehow stayed out with the keeper beaten. 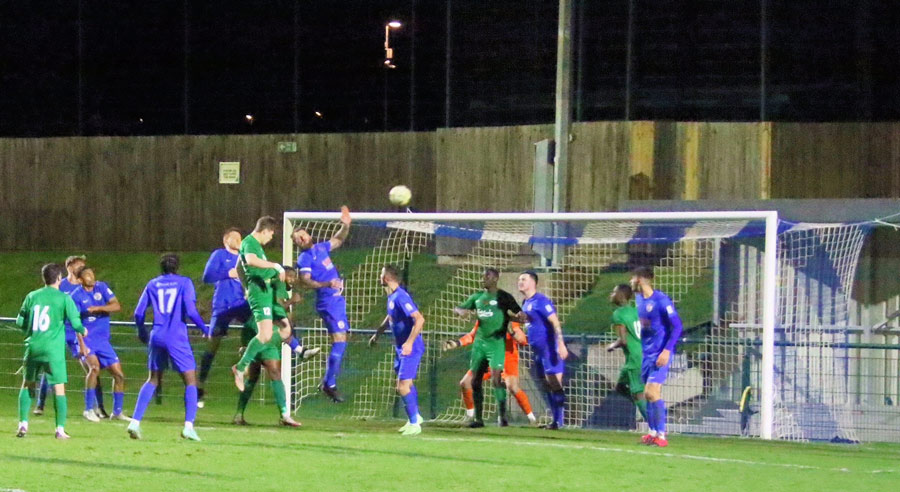 Then a powerful header from Ben Barnet went over when the goal was beckoning, three powerful crosses from Giordmaina were not latched onto and a miss of the match from Ricardo from less than a yard when somehow he found the side netting from a great chance following a multi chance scramble. 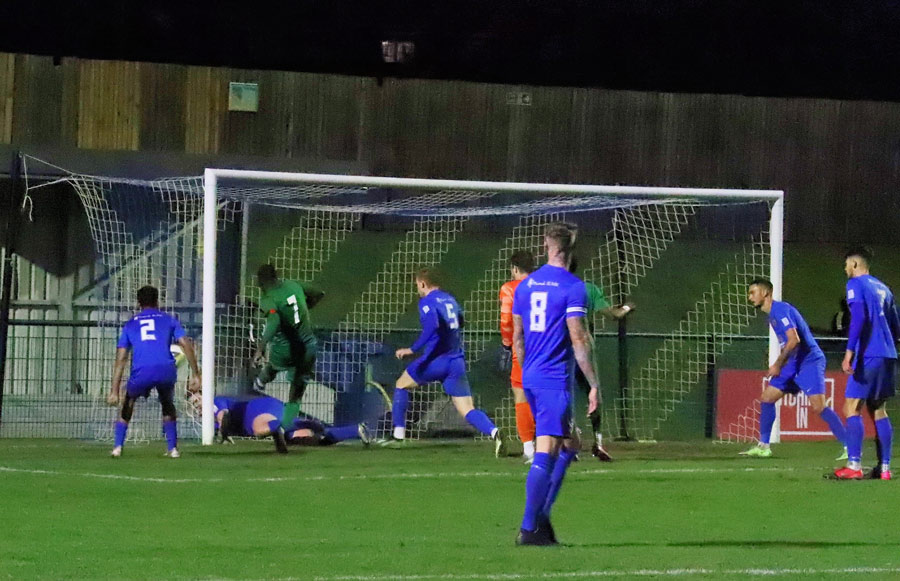 Ricardo hits the side netting

Jets one missing link is that old fashioned centre forward who tucks everything away with toe punts, flicks or anything he just nets.

Controversially Jets were denied a clear blatant penalty in the dying moments with the push in the back that flattens the player and is given in every part of the field except the penalty box and leads to the yellow cards flurry to compensate for the mistake and a retaliation 61 on the scorecard, so no winners all around on that sort of action.

Jets man of the match was a two-man option, the massively impressive Bradley Shaw in goal or the midfield dynamo on the day of Vass Mandeville who worked and worked with his midfield partners to win the defensive battle. In the end we decided to go with a joint man of the match award for the two lads today to mark such a positive debut from Bradley and such an imposing midfield performance from Vass. 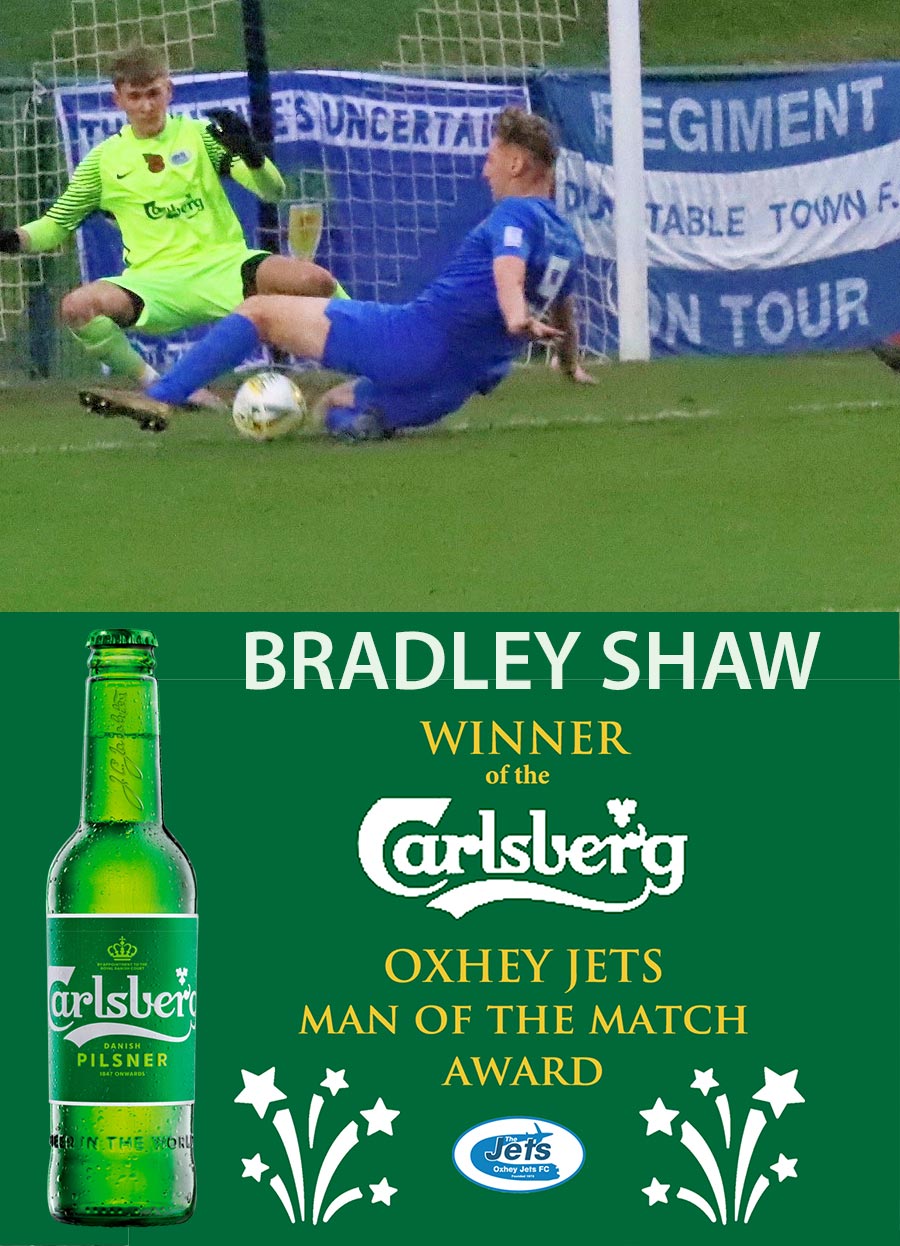 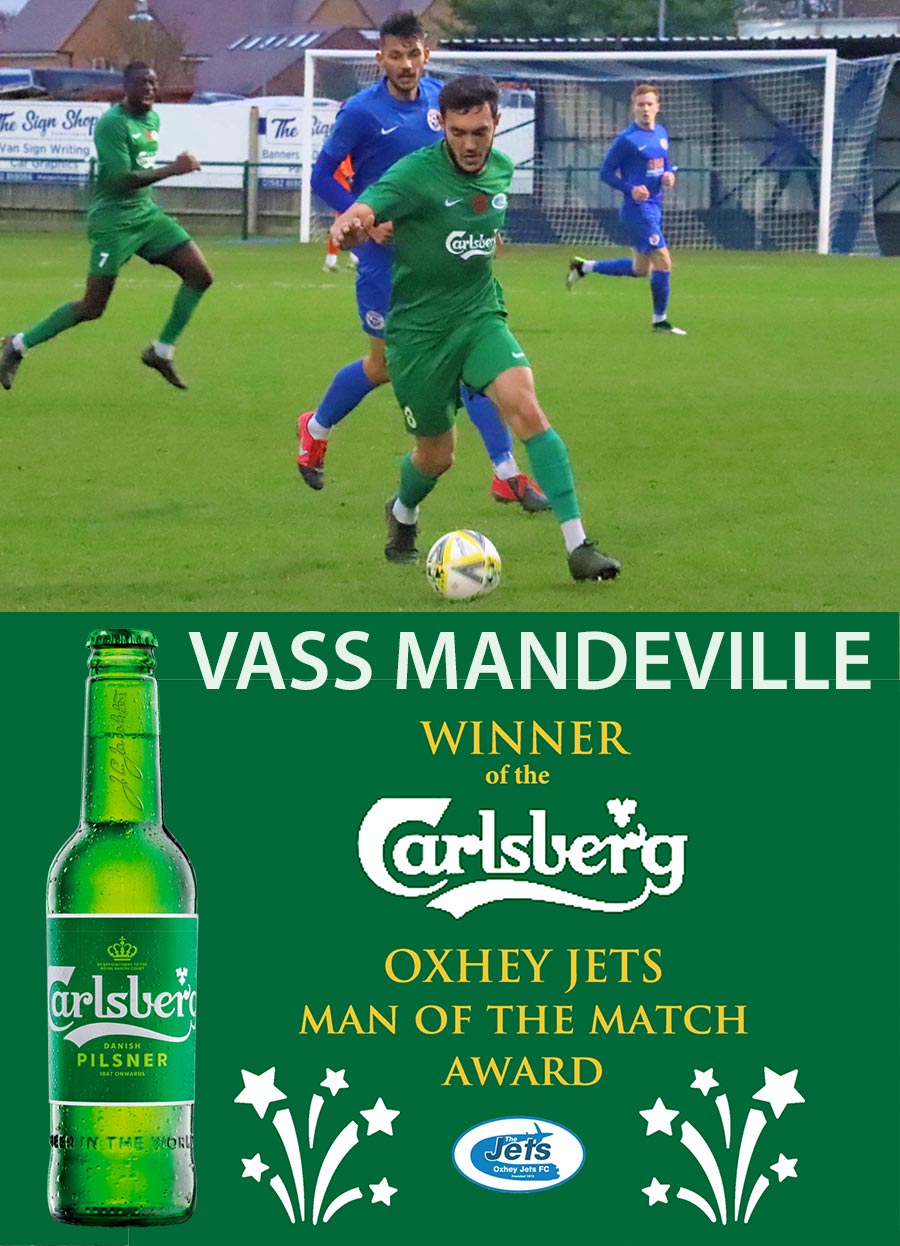 In honest reflection both sides looked born again teams, still building but becoming decent teams, it was a hell of a battle, we feel more than a little hard done by coming home empty, which is a credit to how well Kevin and Matt have got the lads playing and working as a unit.