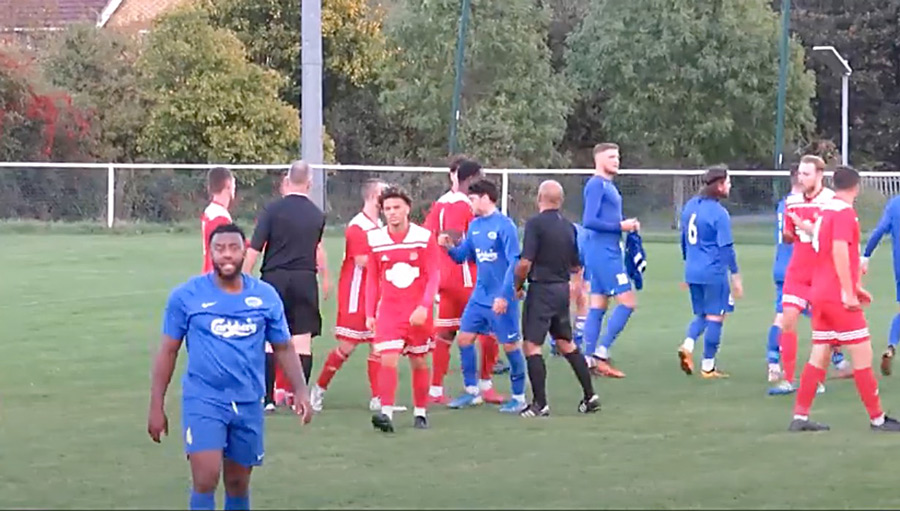 Jets dropped tamely out of the FA Vase with their poorest performance of the season. Full credit to North Greenford, though, who played very well and fully deserved their win.

NGU started strongly, and it didn’t take long for them to take the lead. Ten minutes in Mitchell scored with a confident volley from a Brosnan cross.

NGU doubled their lead on the half-hour mark. Toju jumped with Partington to meet a cross, and the ball fell to Manitou to put it into the net. Partington’s complaints that he was fouled whilst jumping for the ball fell on deaf ears and Jets found themselves two down.

Both sides had chances towards the end of the half but no real goal threats.

Jets were trying hard to get back in the game, but still no big chances. Then, on 63 minutes, Jets got the breakthrough they were looking for. On 63 minutes a Louis Stead fee-kick was floated outside the far post, and headed back across goal by Daryl Brown for Luke Preedy to head home into the empty net.

That looked like the turning point and Jets were now having their best spell. Pushing forward in search of the equaliser, though, left Jets open at the back, and NGU made Jets pay on 70 minutes. Molyneux broke clear and waited to pass across to Toju who scored NGU’s third and finish the game off.

Jets tried hard to get back into the game, but NGU held firm for a good win. Back to league action for Jets on Tuesday night with an away trip to league leaders Colney Heath.