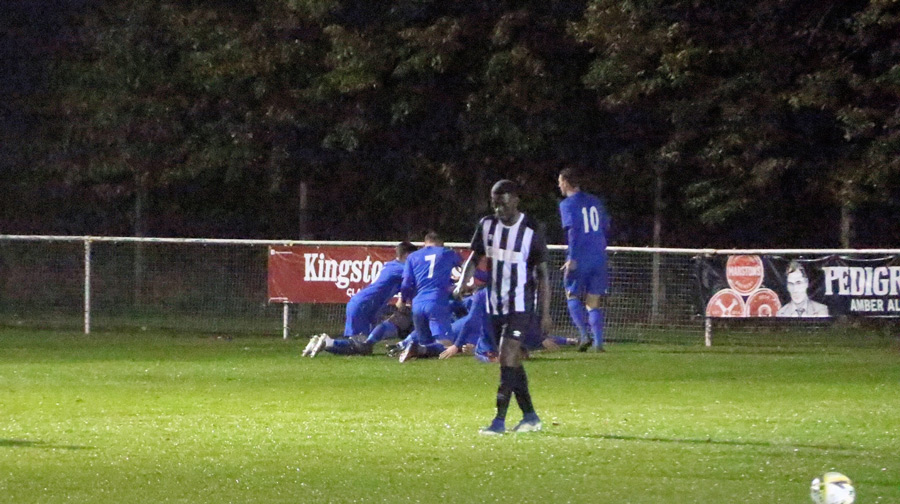 This was a full-on competitive game tonight between two strong, ambitious teams. Both teams were unbeaten in the league this season, with Colney sitting on top of the table. It was not a game for the faint-hearted, and both sides probably felt that their opponents were roughing them up, which was proving a challenge for the officials, and it resulted in several yellow cards.

Still scoreless at half-time and Jets had the benefit of playing down the big slope in the second half.
It was Colney, though, who broke the deadlock. A superb through ball from Jack Woods sprung the offside trap, just, and George Devine was there to lift the ball over Rob Partington. Colney 1-0. 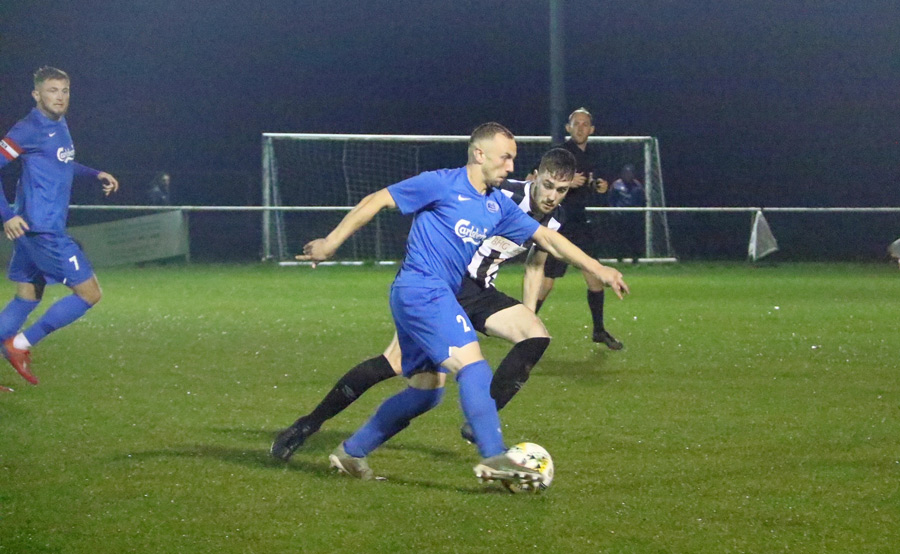 Jets had more of the game in the second half. Jamie Speer was finding space down the wing, and Andy Brennan was working hard in the thick of the midfield battle. 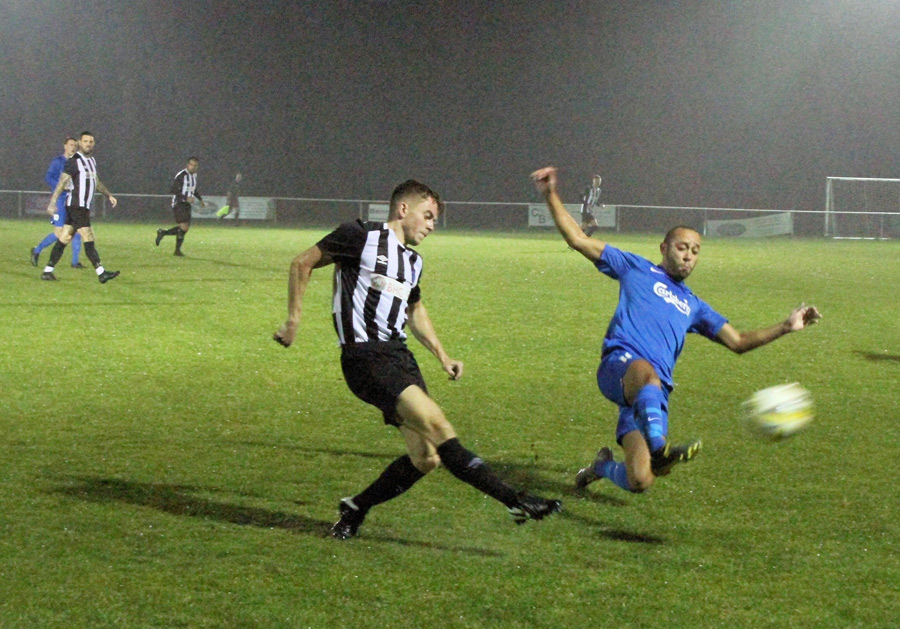 Jet manager Stuart Atkins went for it with twenty to go, making a double substitution bringing on Louis Bircham and Sean Giordmaina to use the space out wide. 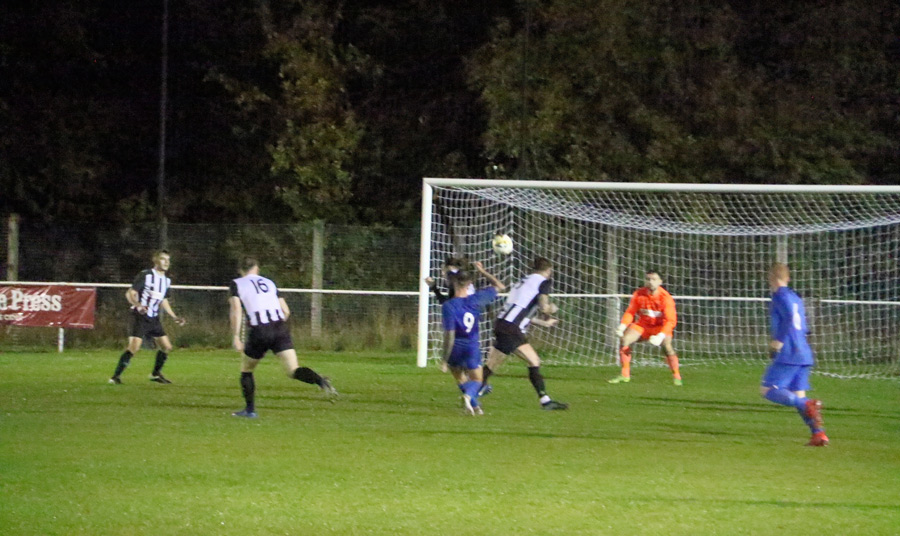 Reece fires over under pressure

In a tight game, they say there will always be one chance for the losing team near the end. Well, it came with three minutes to go when the ball fell to Reece Cameron. Not easy, but a good chance but, under pressure, Reece’s shot went over the bar. 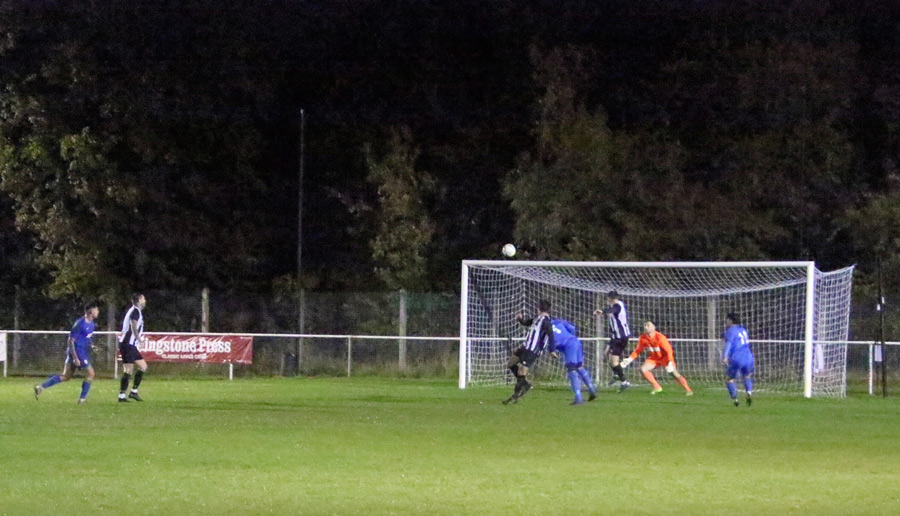 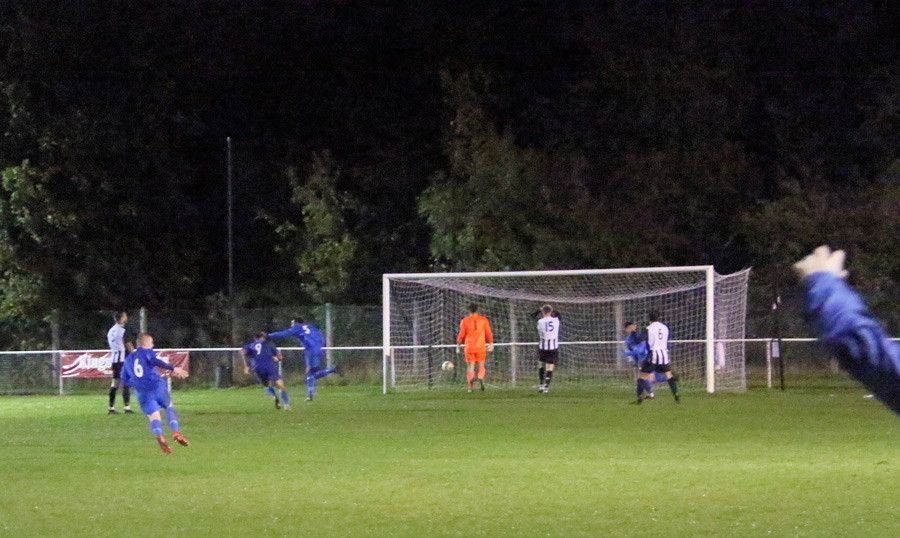 That looked like it might be it, but Jets kept pushing forward and, in stoppage time, Jets created one more vital chance. Louis Bircham from wideout was able to get his cross in, and Daryl Brown was there to head home past former Jets keeper Matty Evans. 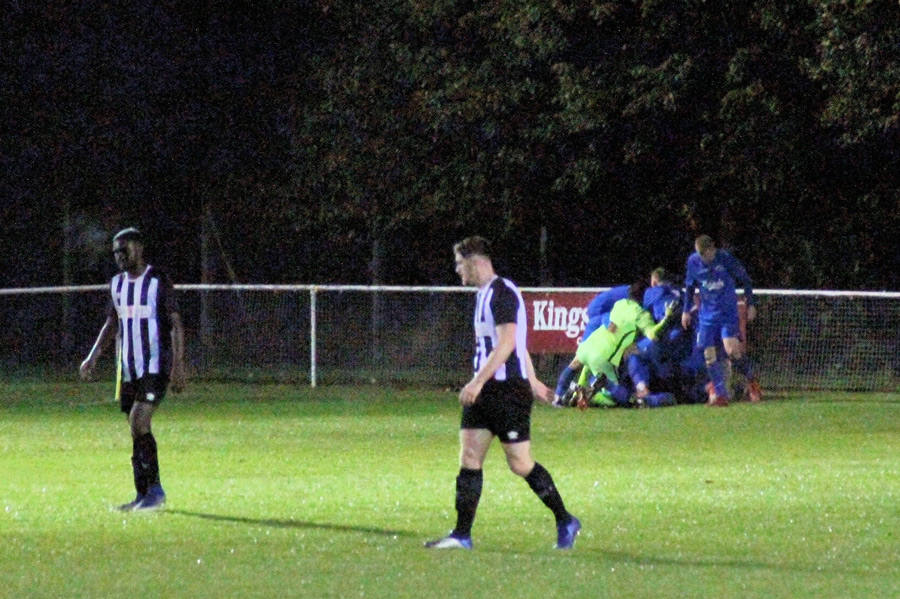 Even Rob Partington ran the length of the pitch to join the pile down!

The draw was a good result for Jets and a deserved one in what had been a competitive match throughout.

Many good Jets performances tonight, but the two standout performances were from Jamie Speer and Andy Brennan. Andy got the nod for the Carlsberg Jets Man of the Match award for his outstanding performance in a tough midfield battle.