Jets overran Dunstable Town at the Boundary Stadium, and it was a hat-trick by Lewis Putman that shot them on the way to the biggest win of the season so far.

It was a windy Stadium and Jets had a tailwind from the off as the Herts v Beds derby echoed the one just up the road as Watford played host to old foes Luton Town.

Rob Partington played with swollen eyes from an allergic reaction.

Manager Stuart Atkins made changes from the team at Newport Pagnell recalling Daryl Brown and Ash Lewis straight back into the side. 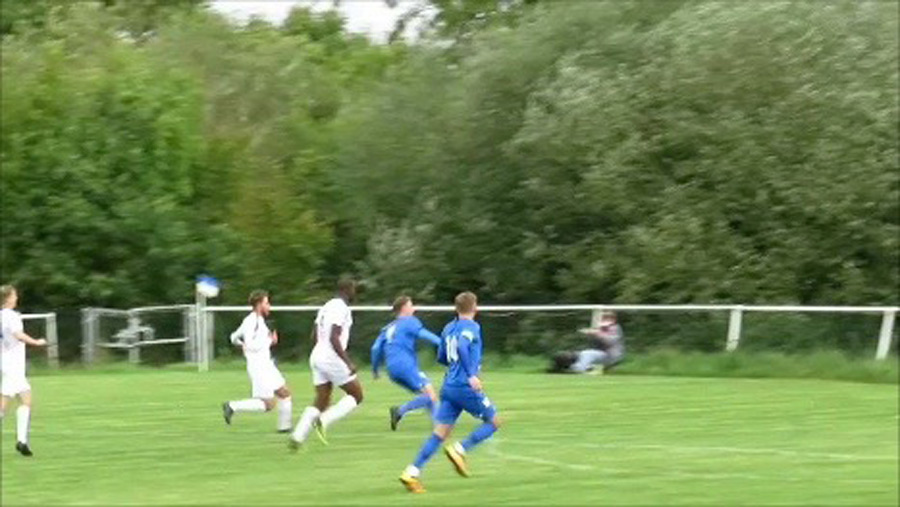 Great start for Jets as Putman fires home from the edge of the area in the second minute. 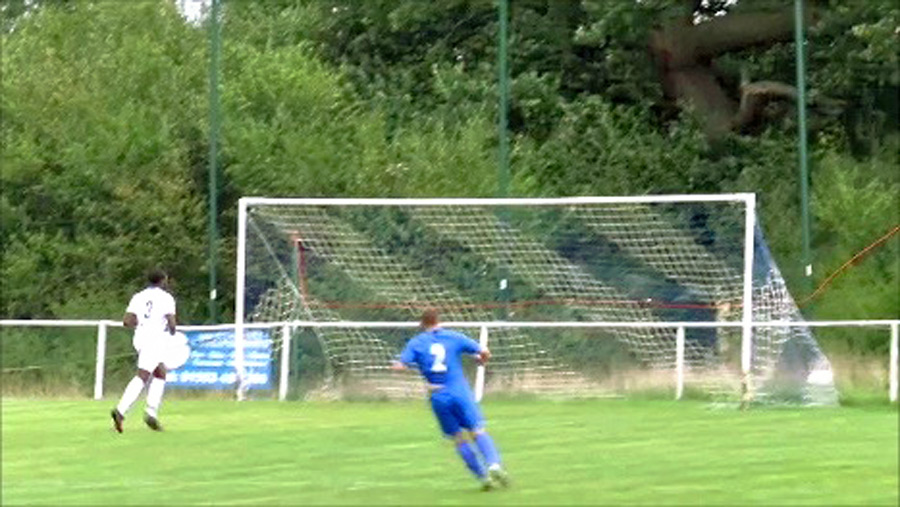 The ball finishes in the corner of the net 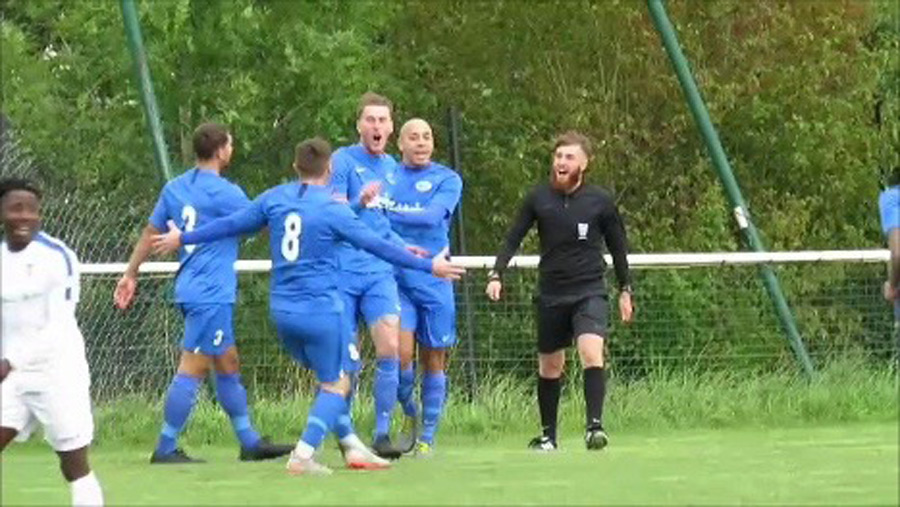 Jets celebrate, and even the referee seems to be enjoying it!

Jets took just two minutes to open the scoring as Lewis Putman got his first of the day which even the referee seems to have enjoyed. 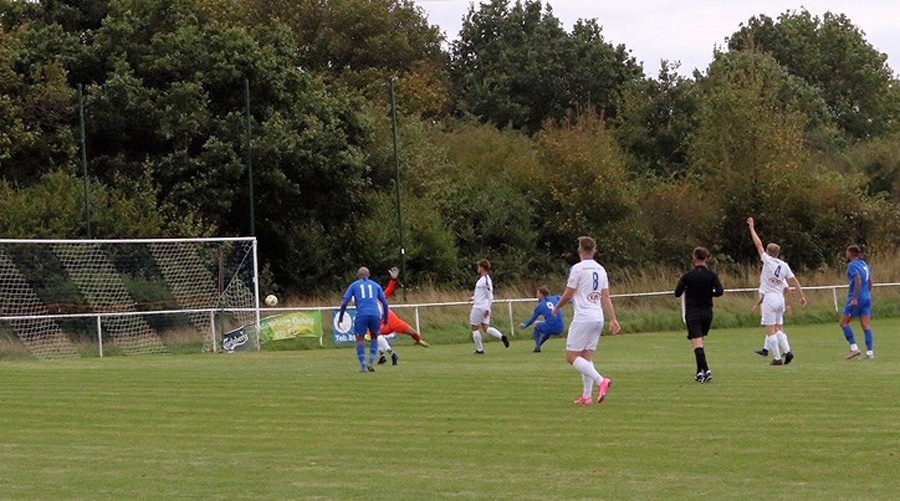 Lewis Putman was on fire and scored again in the 17th minute.

In honesty, with the wind, it was all Jets but some controversy with the second as the game was stopped but not sure why, but indications was a head injury. Still, no one was down so restarted bouncing to Jets who built a move and scored, but Dunstable were unhappy as they think the ball should have been played to them, but not sure why as still not worked out why it was stopped in the first place! Anyway, it was 2-0 Jets and Lewis Putman with both.

Jets dominated but failed to put the game to bed and more than once they were glad to have Daryl Brown’s dominance and Jamie Speer’s excellent crosses. 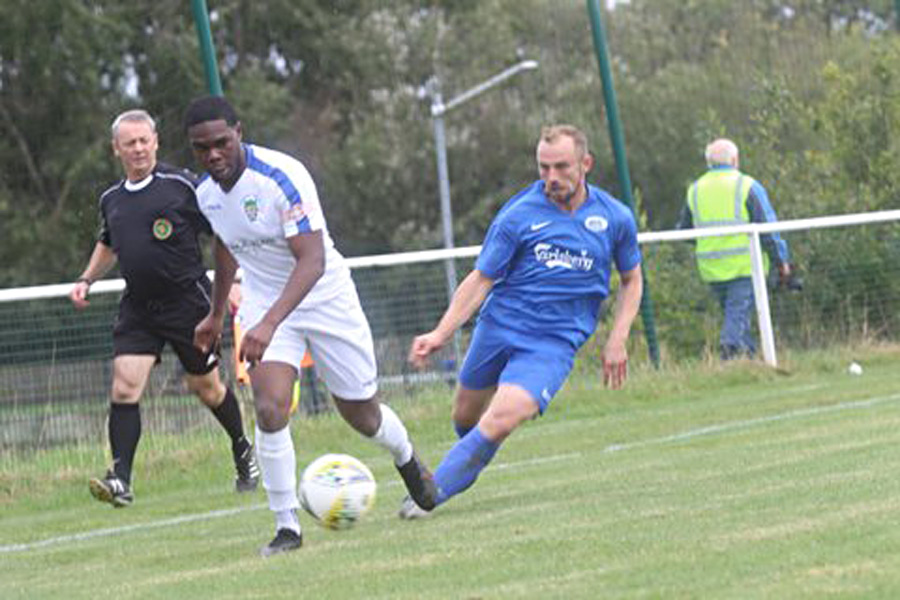 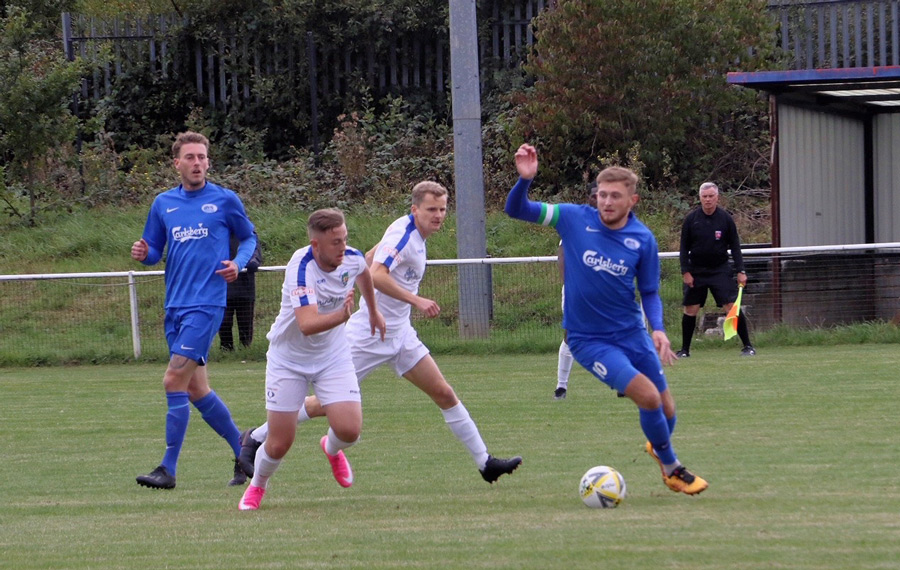 Half time the mood was content but wary of a game not closed down. 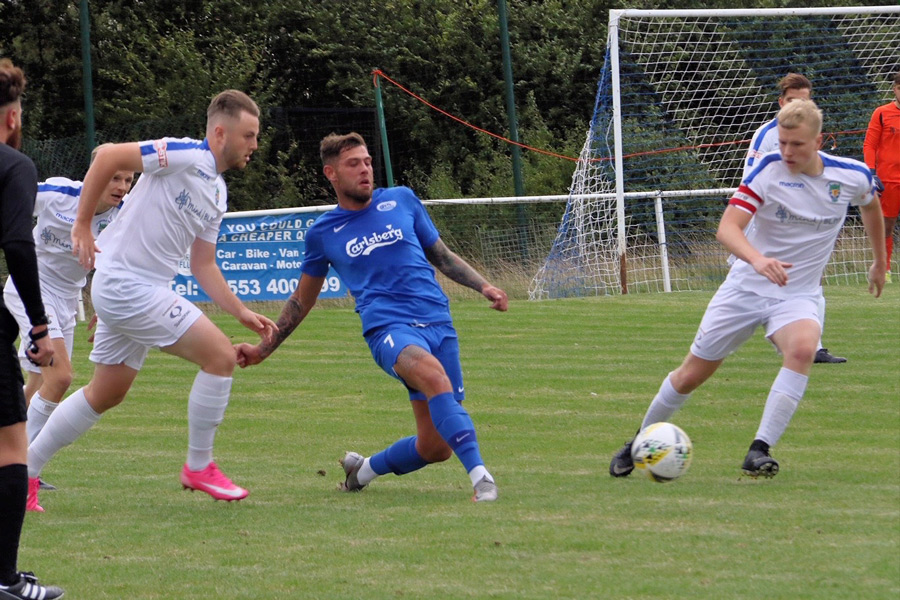 Town had their keeper sin-binned but the stand-in keeper made a number of saves.

Against the wind Jets still had plenty of shots but were wasteful. Then the staff reshuffled and brought on Sean Giordmaina to replace Tom Gibson, giving Jets a more direct approach. Jets went at Dunstable, and an excellent move was sharply finished off by Sean Giordmaina, 3-0, in the 67th minute after good work from Jamie Speer. 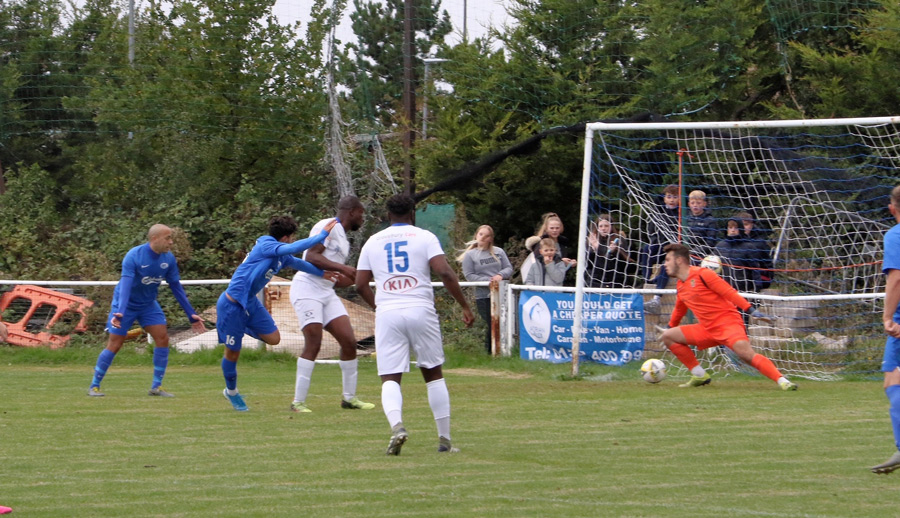 More changes made as Louis Bircham and Carlos entered the battle, and Bircham had an excellent curler thump the crossbar before Lewis Putman thumped his third and Jets fourth to seal the match 4-0 in the 87th minute. 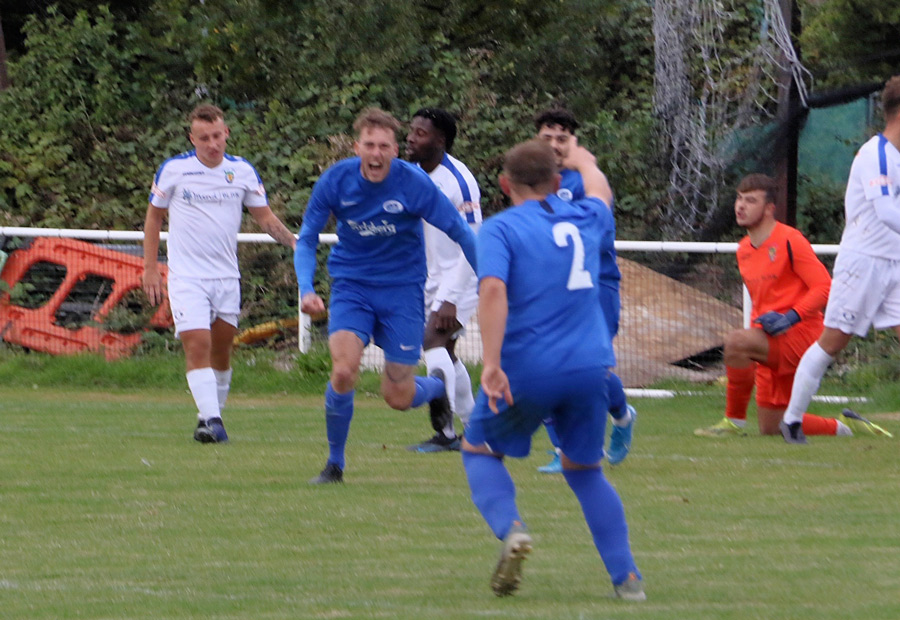 Man of the match was contested by Daryl Brown, Jamie Speer and Lewis Putman and the hat-trick hero Putman took the prize. 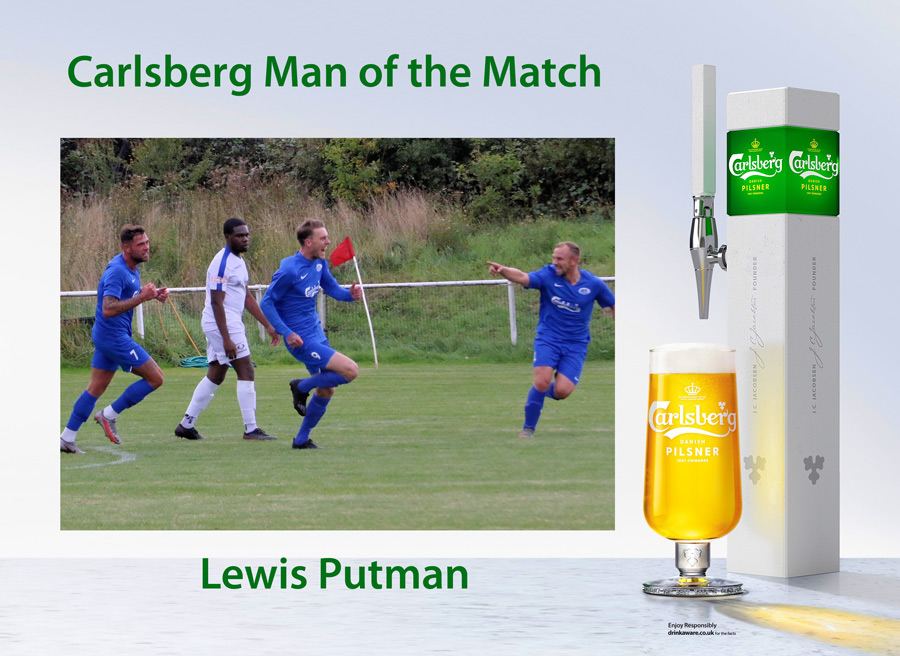 The Vets drew on the road 2-2, young Nathan Page and Tim O’Mara getting the goals.