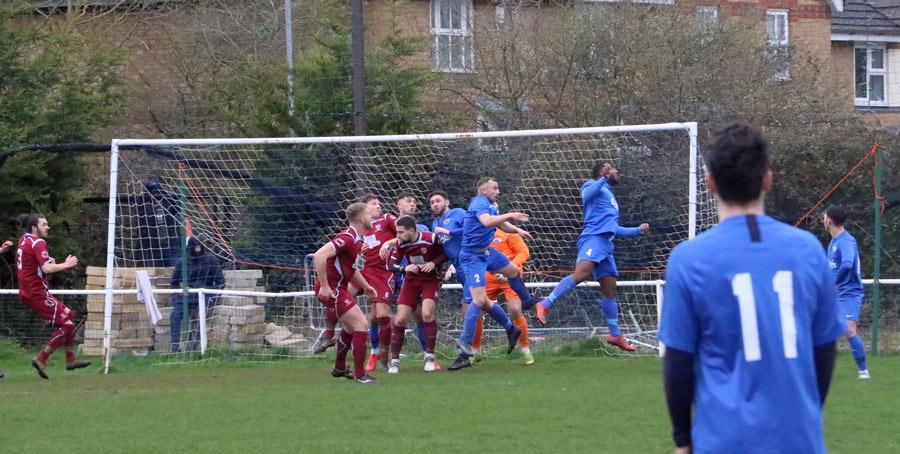 The second game in three days for the first team and in dreadful conditions.

The heavy rain earlier put the game in serious doubt. Still, the surface while soft was playable mainly due to the gale-force wind hammering across the pitch, the ball could do u-turns, running with the ball almost impossible and high shots going anywhere.

The referee again was excellent, but the game a complete farce and both sides deserved their point in a hard battle.

Crawley are a more “battle” side than Jets who shine on a 3G ball playing surface, so the soft wings and adverse conditions levelled things out for the visitors who had players missing. 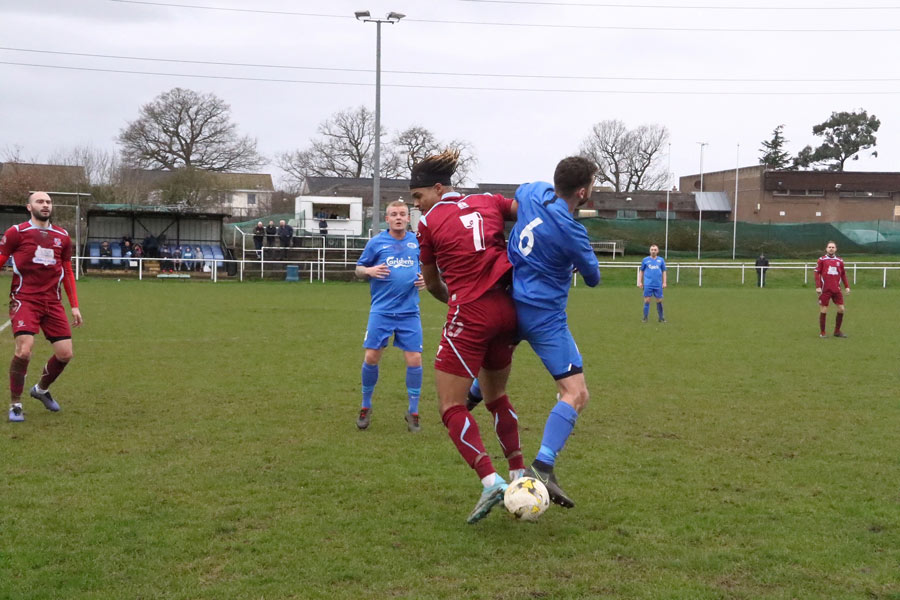 Jets had Leigh Stevens and Sean Giordmaina struggling with slight injuries which were to claim both players during the match. 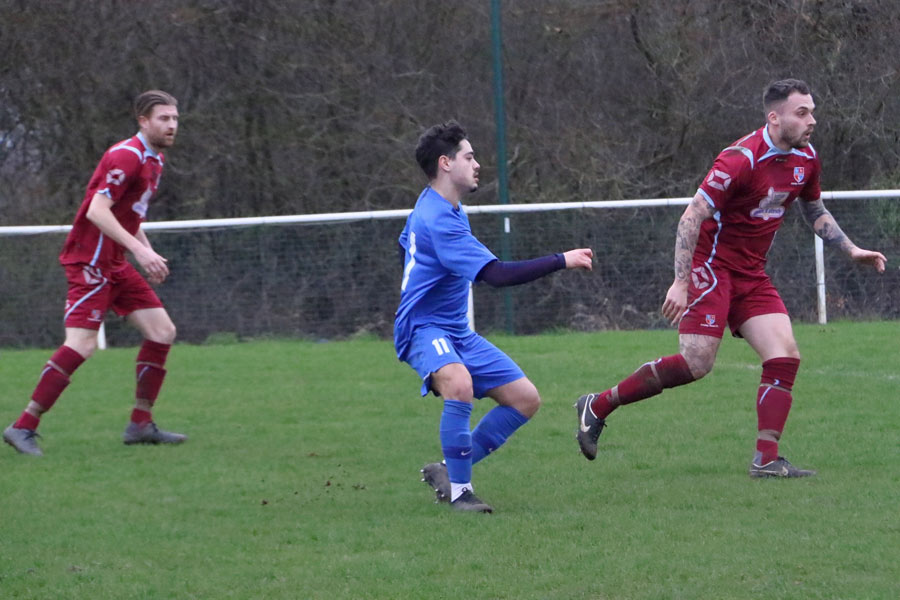 Sean Giordmaina also taken off due to injury

Andre Lopes who came on in the win Thursday was given the start shirt, and he had the only actual worthwhile shot first half that brought out a superb save to keep things tied. 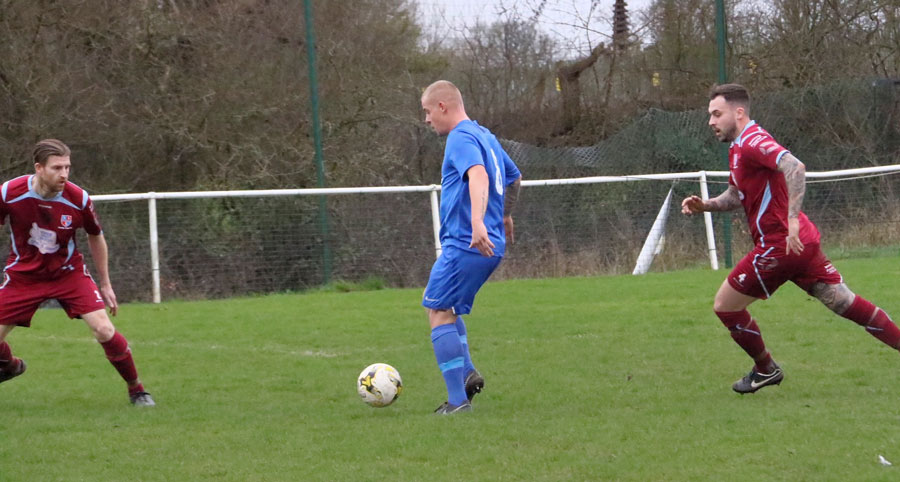 For Jets, the imagination was coming from Andrew Brennan, who seemed able to master the conditions and actually hit blue threading passes to his teammates. 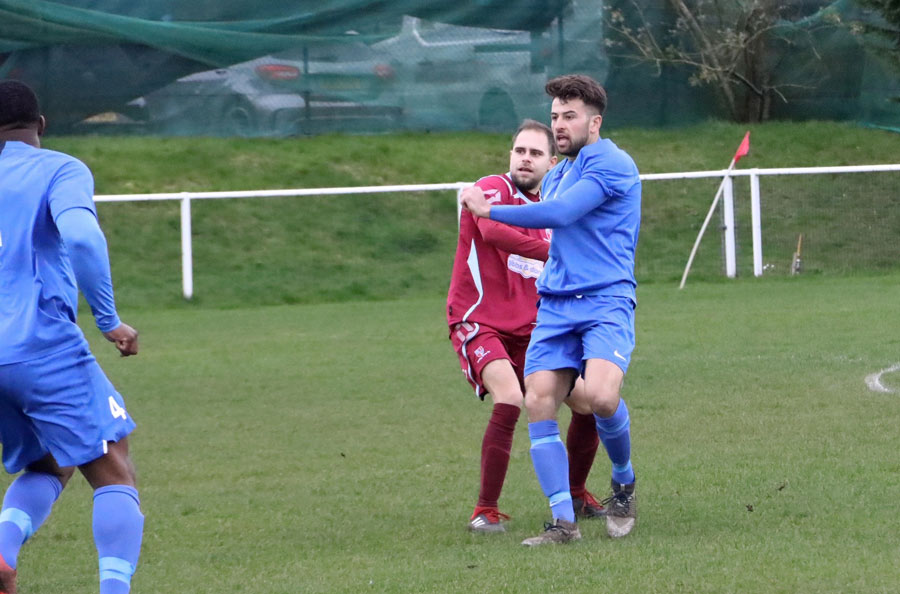 In defence, Jude Bell was dominating, and at times the saviour with many tackles being critical and Jets were lucky when the keeper went walkabout and was caught, but Bell mopped up superbly, and the game drew level at the break. 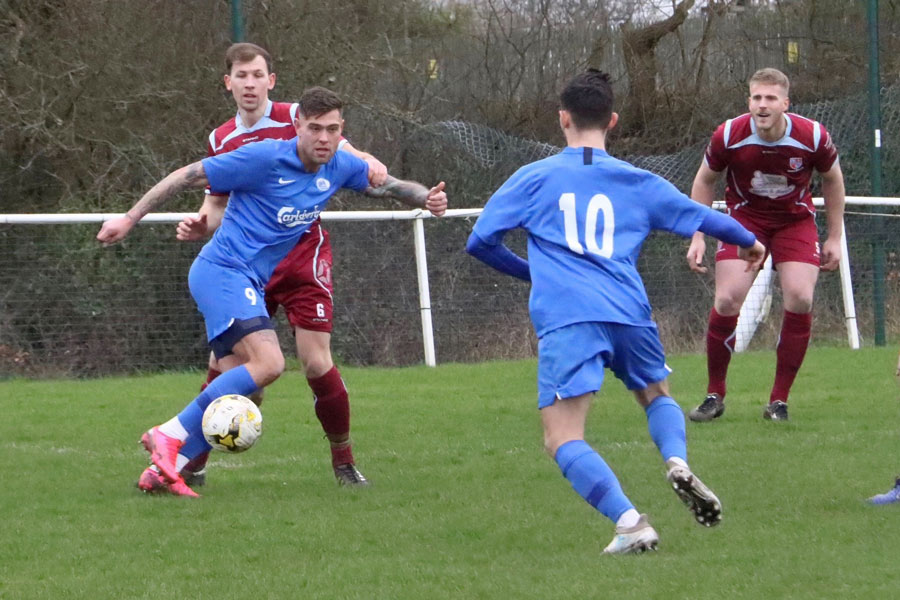 Second half Stevens, Giordmaina and Lewis were all lost to injuries and within seconds of going on Nick Kerley was played in the clear, but his shot went agonisingly across goal.

The visitors started to look more likely as Jets tired visibly and Matty Evans pulled off two excellent stops with Crawley clear through, and in the dying minutes it was the Green’s keeper who stunningly tipped over.

Full time 0-0 three clean sheets on the bounce for Jets and ten points from twelve.

Jets had to defend in numbers in appalling weather

Man of the match, in the first half it was a two-player race between Andy Brennan and Jude Bell, and in the second half again Jude Bell was critical to Jets point, and Matty Evans saves kept Jets in it, and the final nod went to the keeper. 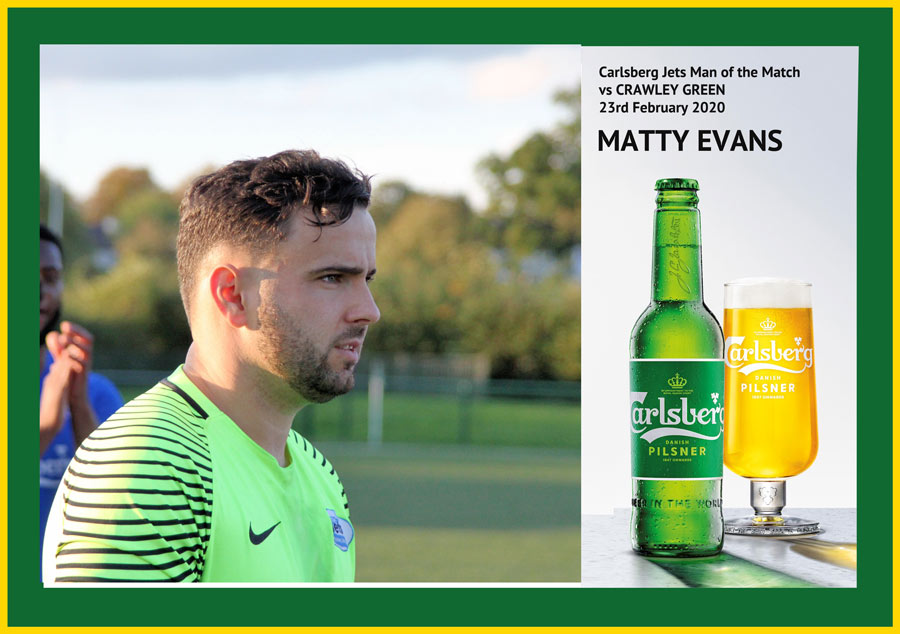 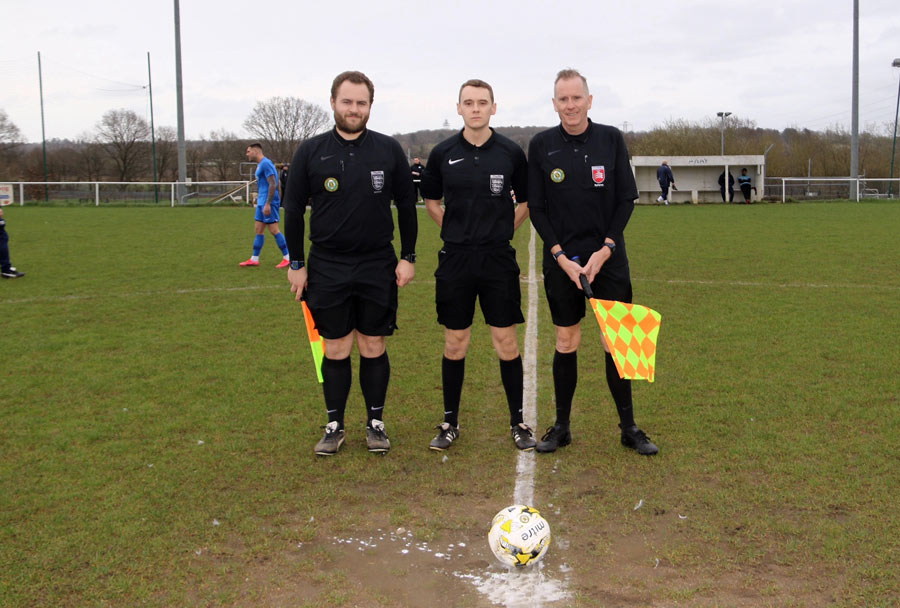 The Vets picked up the result of the day as Jets former player Jamie Prouten, now a manager, brought his table-topping Tring side to the Playing fields and the league leaders took just two minutes to take the lead. 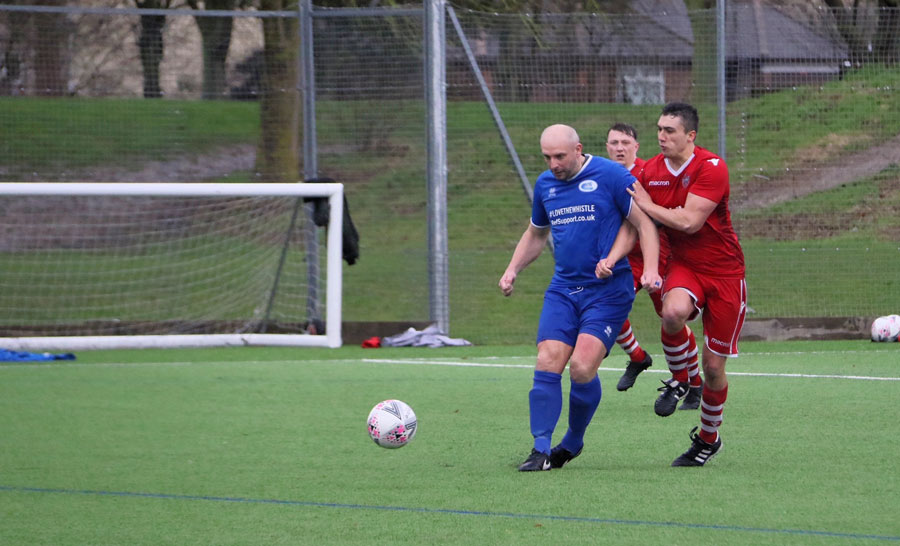 Jets Vets battled hard, and Paul Danslow’s brace and Dean Ayres put Jets into the lead 3-1 at the break. The old legs did well and held out until late on when a Tring goal led to an unsettling last few minutes, but a superb 3-2 win for Jets over the league Leaders and a reflective drive home for Jamie who has himself made 216 appearances for Jets.