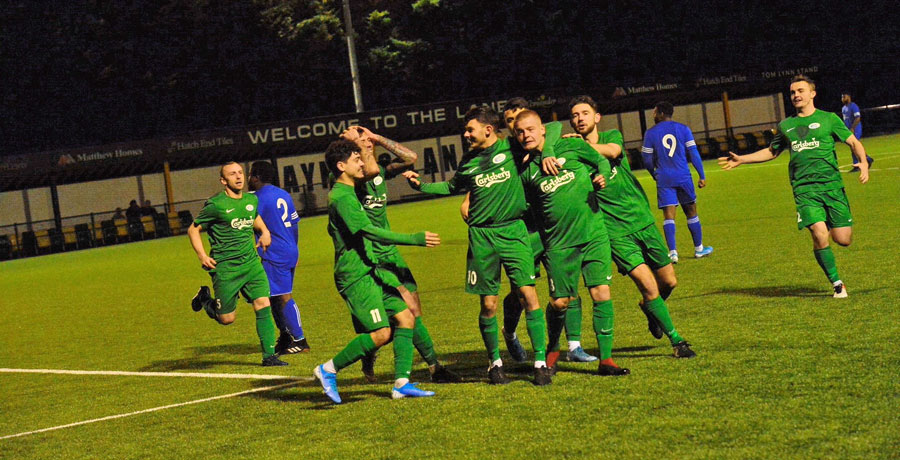 Jets pushed upwards a couple of spots with a good 0-3 away win on the excellent Rayners Lane 3G pitch vs Broadfields on a rare Thursday night match, the start of three games in six days for Jets.

Jets started strong, and the first big chance was to top scorer Reece Cameron who looked through but went for the unselfish lay back to Sean Giordmaina who was clear for the side foot home, but the ball was put behind him, and a let-off for the hosts.

Jets had a big twenty minutes and could and should have got their noses in front, but the pressure was not put into goals, but they had let-offs too as twice Broadfields thumped the woodwork before the break.

Jets lost Nick Kerley injured, and Andre Lopes came on with something to prove, and jets had a bigger spring as they went for the home side, on a pitch clearly suiting jets players.

Jamie Speer hits the post before the rebound falls to Andy Brennan. 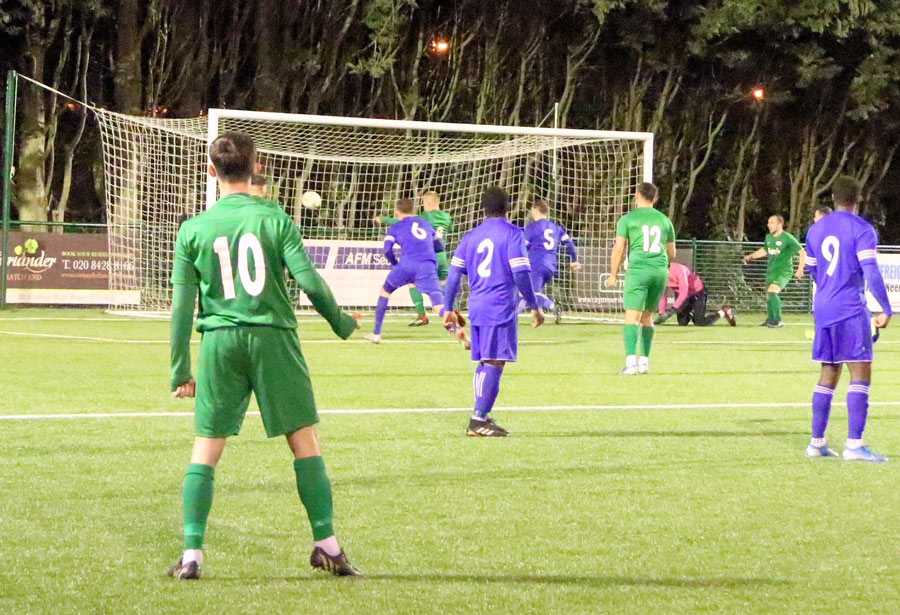 Andy Brennan fires home to give Jets the lead. 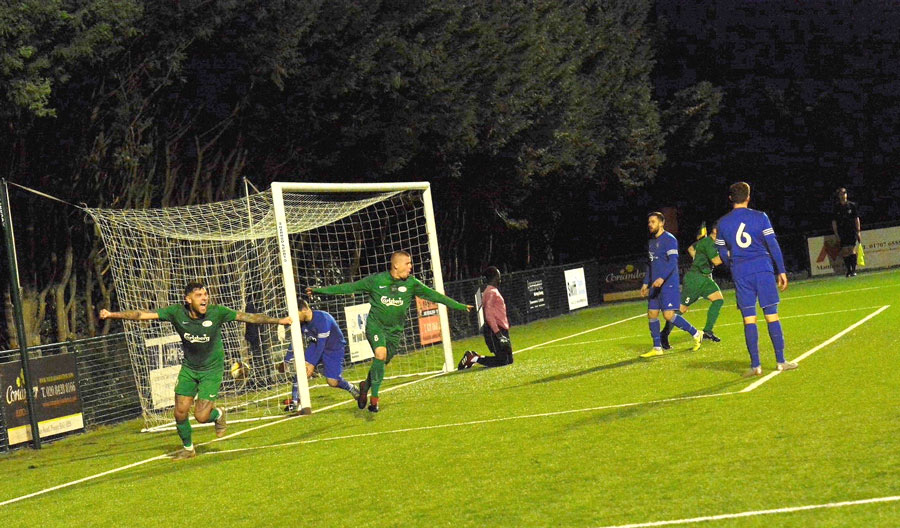 Three minutes in a Jamie Speer shot rebounded off the post, and his mate Andrew Brennan was on hand to blast home 0-1.

Andre Lopes pounces on the loose ball to make it 2-0. 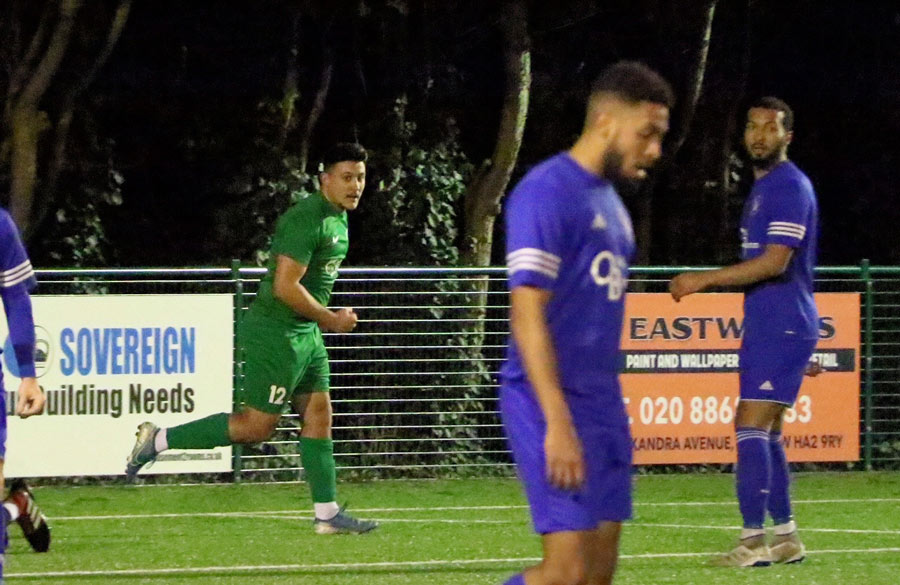 Andre proves a point on his comeback from injury.

Jets kept the pressure up, and when the Broadfield’s keeper failed to hold, a superb just in case run by Andre Lopes was rewarded 0-2 and Jets looked safe. 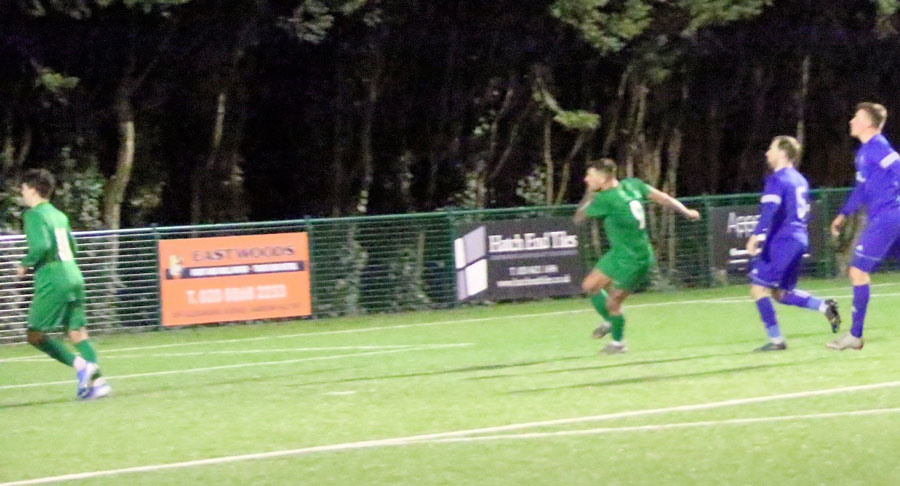 Reece Cameron strikes to make it 3-0.

Can I hear you?

Twice Jets hit the woodwork before top scorer Reece Cameron hit goal 21 of the season, again after the keeper could not hold the initial shot 0-3.

It was good football, a very well refereed match and a deserved win on the night.

A good night for Jets, moving up to 5th place. 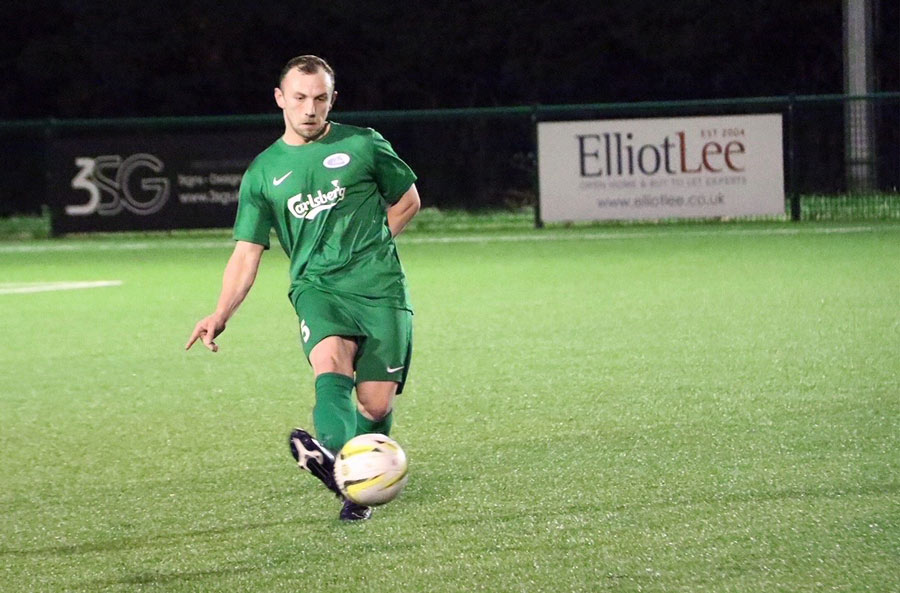 Strong game from Jamie Speer and his shot led to the breakthrough. 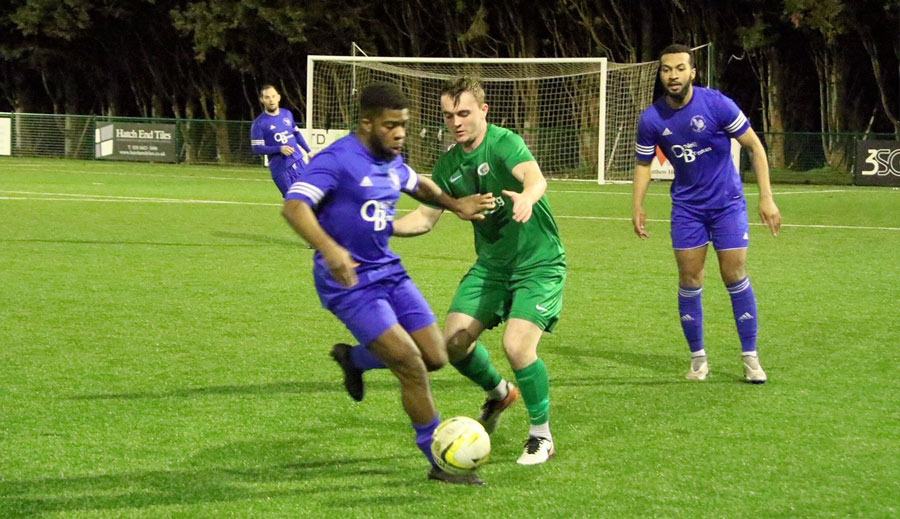 Luke Preedy always in the thick of the action. 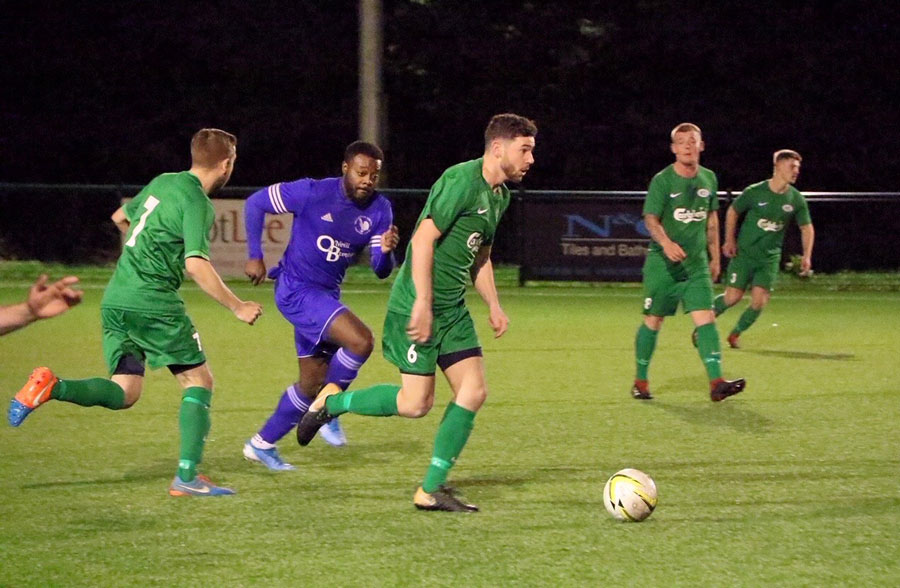 Hard work in the middle from Leigh Stevens despite injury. 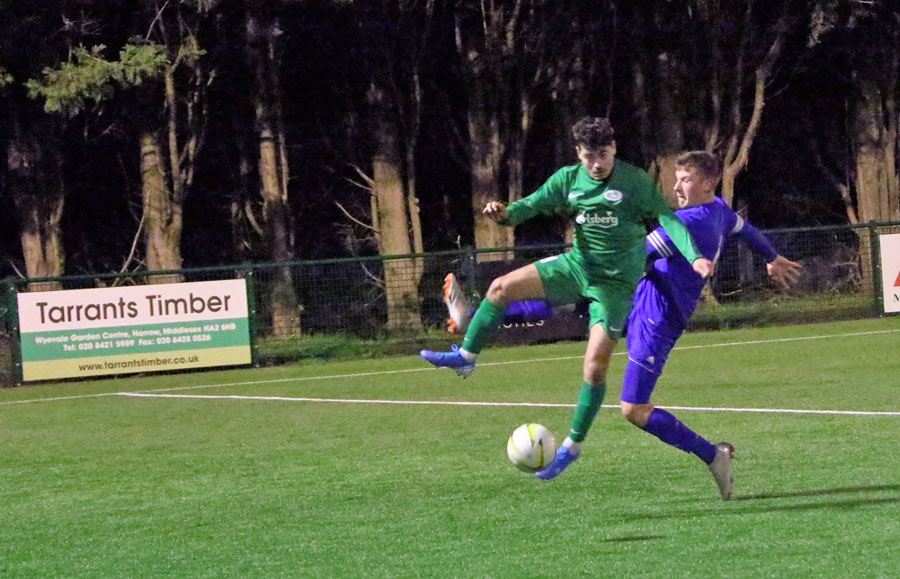 Sean Giordmaina pipped to the Man of the match by Reece.

Man of the match was picked by Jets legend and all-time leading appearance player, Eddie O’Connor.

Eddie was left to decide between Sean Giordmaina who was hard working and had excellent feet on the surface, and the giant no9 Reece Cameron, who worked and worked his pin man role before getting his goal reward. Eddie, using all his Jets record 830 appearances experience, went with the goal being the difference nod to Reece Cameron.

A good night for Jets and a big plus to both clubs showing the desire to get postponed matches on 48 hours later on Astro to try to avoid a fixture pile-up as storm everyone floods us out.