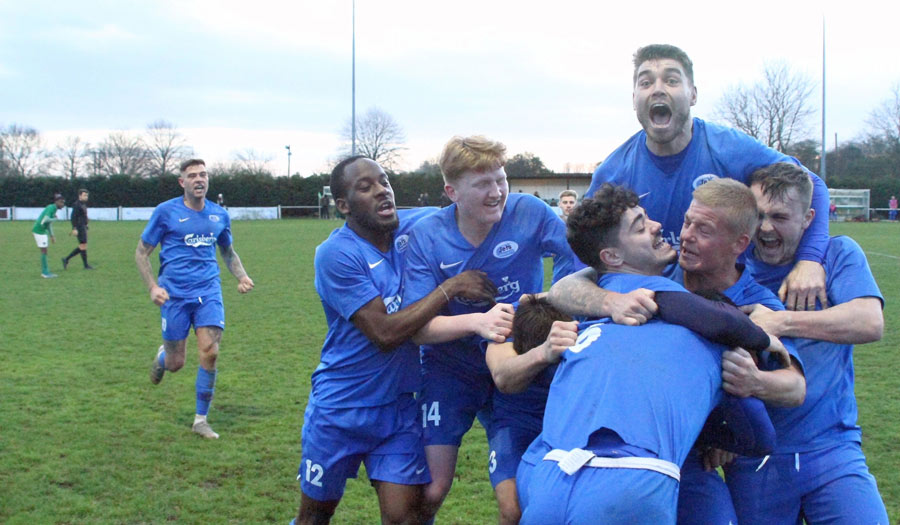 Jets bounced back from the heavy defeat at Dunstable with a superb 0-1 win at high flying Newport Pagnell Town on Jets first-ever visit to the ground.

Manager Tim O’Sullivan had his work cup out replacing all the late withdrawals, illness, injuries and, I’d reckon, some looking at the distance of the trip all playing a part. Mr Fix-it did as always, and with the walking wounded and sick who were still willing to travel and were patched up to play, Tim showed faith in two 16-year-olds who have impressed him in training and called them into the squad. 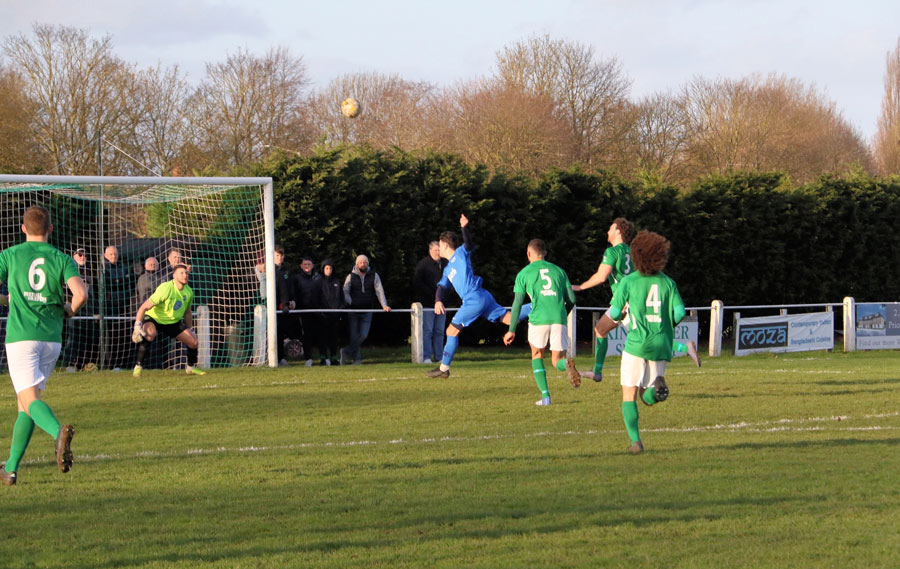 Early chance for Jets as Sean’s header goes over

The pitch was difficult after so much rain, and it was a respectful, very well refereed hard-fought battle. First big chance went to Jets when Sean Giordmaina met Nick Kerley’s superb cross but headed over.

Swans responded, but Sam Olwale put wide, then both keepers are called into action, and both save well in the slug for slug match, at the break its 0-0 and two good chances each.

Jets went after the lead with a right spot as Reece Cameron sees the Swans keeper off his line and from some 40+ yards goes for it, but the keeper just recovered to save his red face.

Jets had two good chances, the best falling to Nick Kerley but with the keeper beaten his shot is literally cleared off the line at the last gasp, then Matty Evans was beaten but saved by the post.

Swans had a strong period and were twice denied by Matty Evans, and one clear through chance put wide. 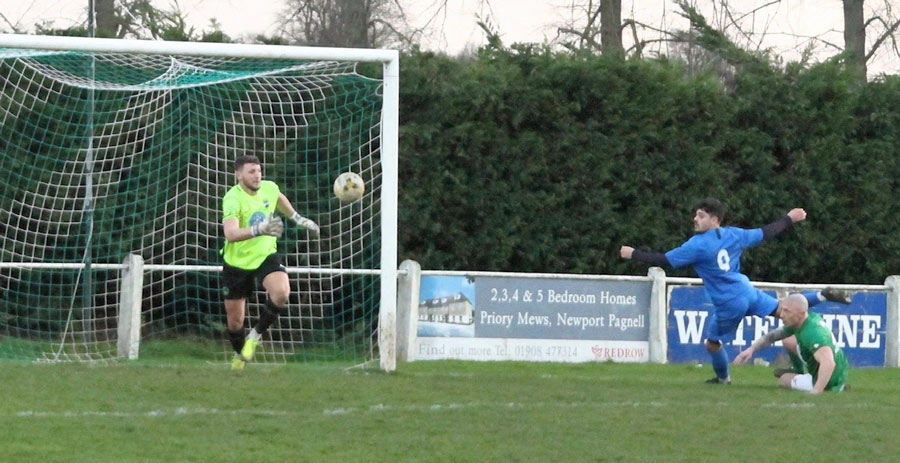 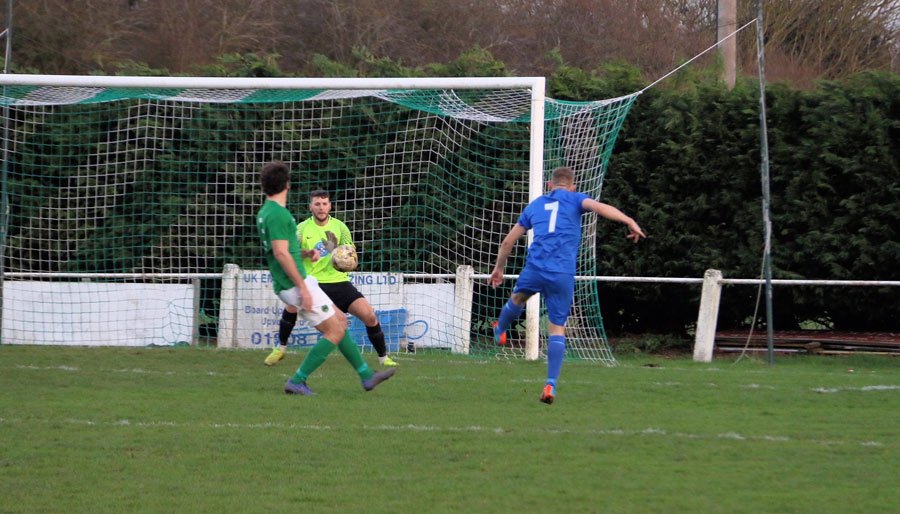 Jets now responded and got strong in the home run. Cameron, Kerley and Giordmaina were all denied by the keeper, then a glorious chance for Kerley but the ankle injury causing enough movement restriction to limit the power. 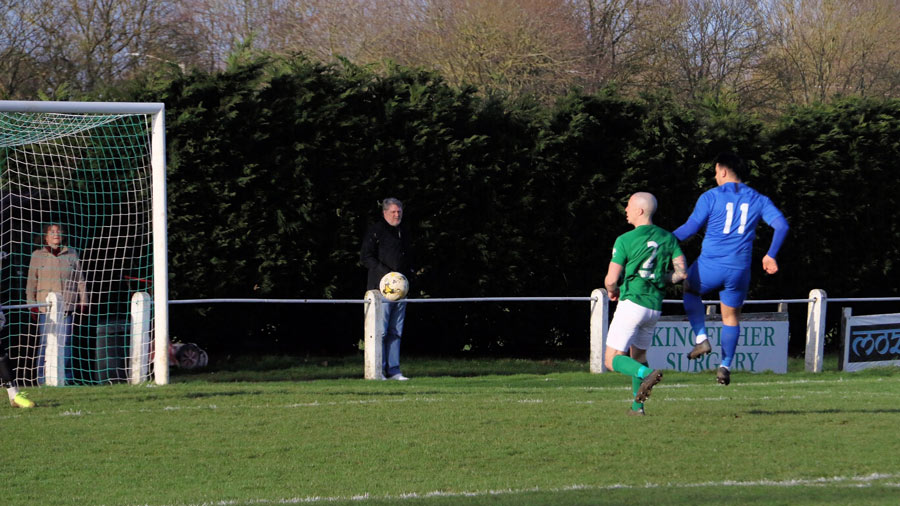 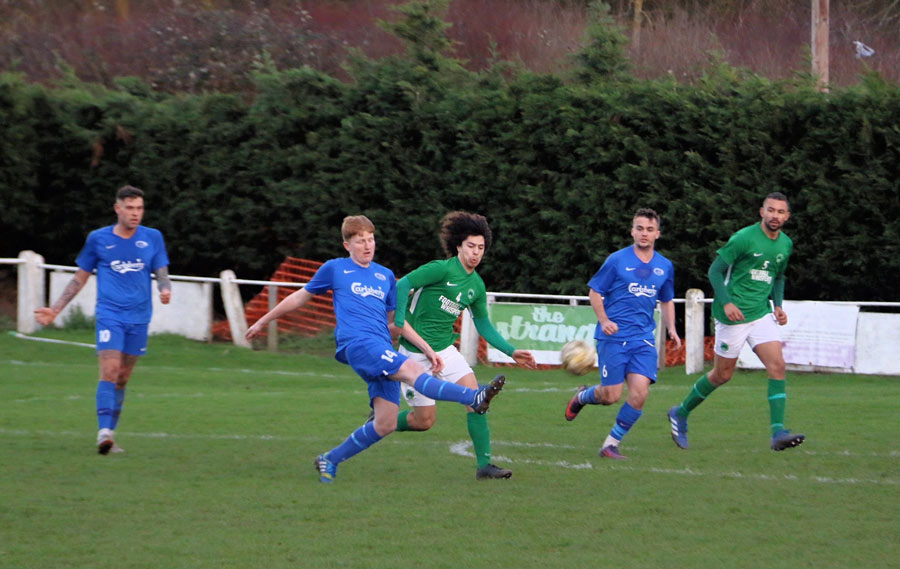 Jets shuffled their pack, and Andre Lopes who had his first start since a long injury lay off was replaced by 16 years old Lorcan Myles-Barnett and the lad did so well, a superb debut into men’s football.

It looked 0-0, and nobody could argue a deserved point both ways but with Jets asking how long happy with a superb away point the sting was in the tail for a smash and grab. 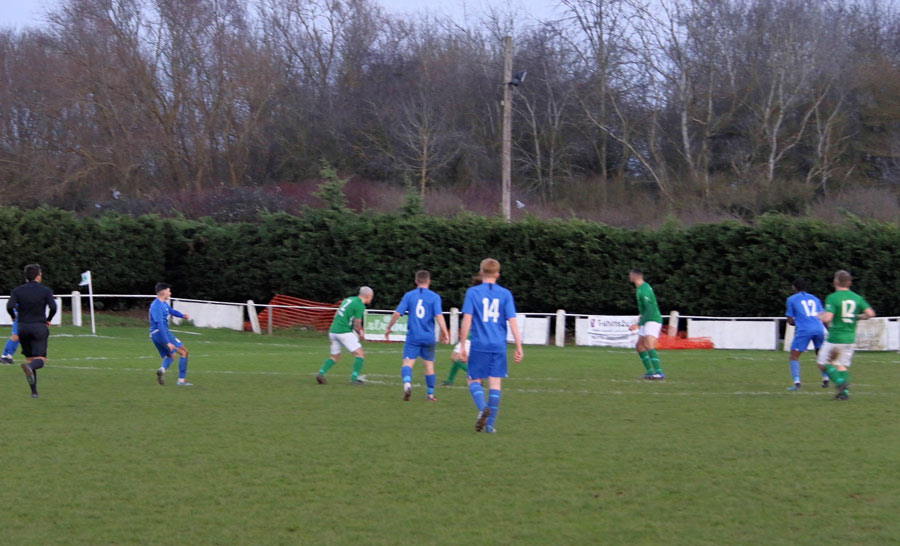 Jets launched on last go, and the ball fell to Louis Bircham who was having his best match, and his shot beat the keeper for the winner (90+4) and set off wild celebrations by Jets.

It was a superb win, well-disciplined, competed and everyman gave their all.

Tom and Brenners excellent for Jets

Three players were patched up to play, one had been up ill all night but still turned out so as not to let the side down, and Andrew Brennan straight from the airport from his holiday a month in India played a faultless blinder as a sweeper. 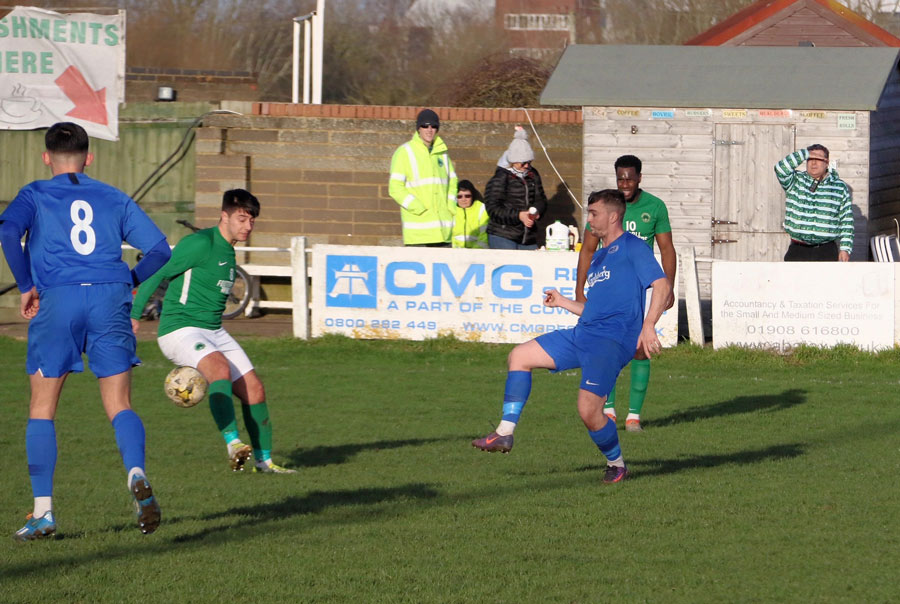 Another energetic game from Luke Preedy

Man of the match was difficult as everyone played their part, but Matty Evans in goal got the nod with three saves that put Jets in a position to grab that winner. 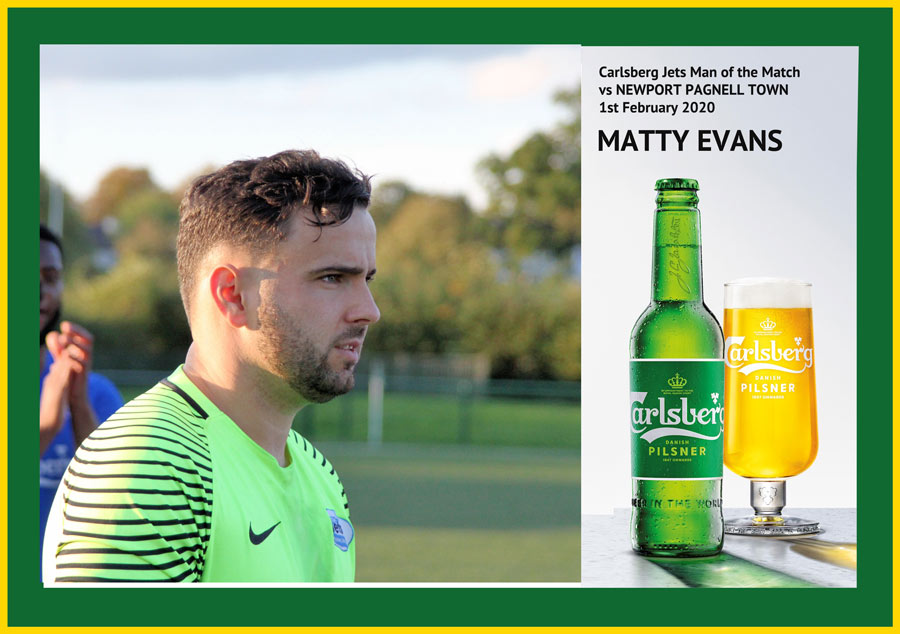 Three points, no cards, and total commitment. It was all that’s enjoyable about being at football, and the celebrations were long, loud and deserved today.

Jets Reserves beat last years big rivals, who pipped Jets to the title, Bush Hill 3-1, two-up early and 2-1 at the break they extended the lead in a hard-fought encounter that saw the visitors end with ten men.

The Vets were given a cup walk over when Hatfield failed to field a team.