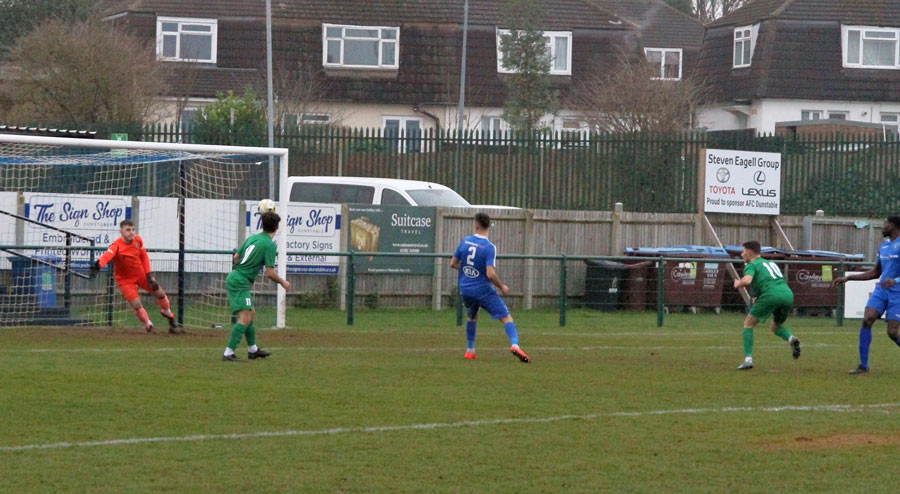 Jets went on self destruct after taking an early lead at Dunstable Town. Jets had the warnings as Dunstable had beaten runaway league leaders on Tuesday. 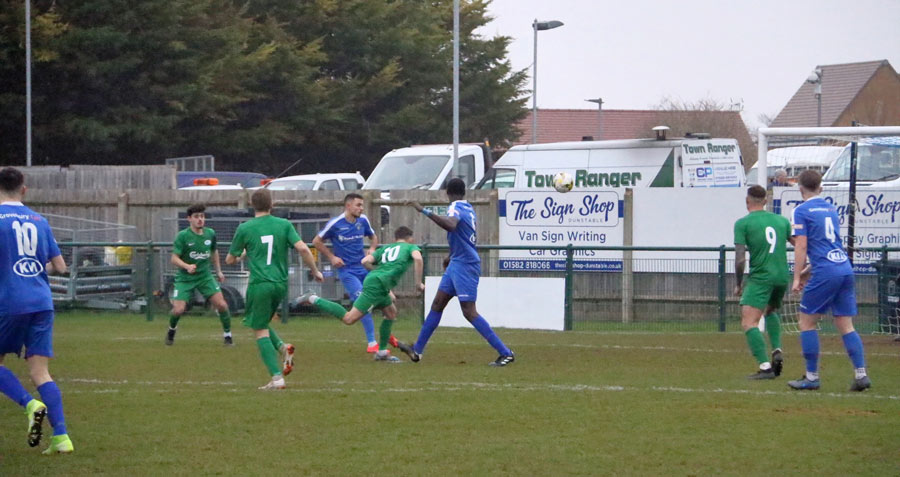 Good header from Louis Bircham to give Jets an early lead.

Dunstable were gifted an equaliser when the keeper hesitated too long and his kicked clearance cannoned off the forward and despite the chase agonisingly rolled into the net.

The turn around was complete when another defensive blunder in the box nailed Jets 2-1 down. 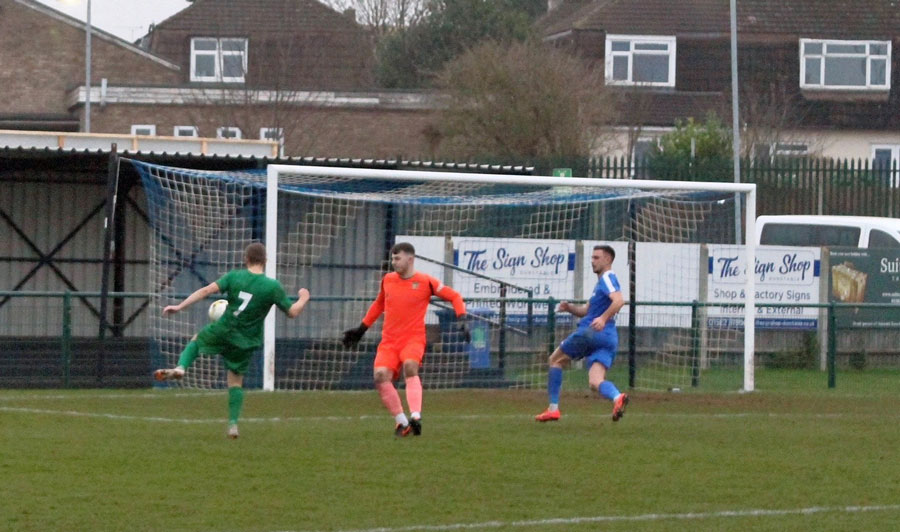 Jets were still well in it, but the job got harder when with half-time about up the usually reliable Lewis got caught, and the forward streaked away and was brought down by the chasing Lewis, and the resulting penalty scored 3-1 at the break.

Jets beat themselves getting involved with the referee, turning a bad day into a disaster. Ill-discipline was to finish Jets off, and it was total ill-discipline, only four Jets players failing to get a card with a referee clearly out of his depth.

Jets angry at not getting a clear penalty lost Jamie Speer to the sin bin for arguing. He then managed to turn that 10 minute reflection time into a straight red, leaving Jets with ten men and him with a further two-match ban !!.

Things went from bad to worse when Louis Bircham managed to have an overactive opinion, and the resulting sin bin left Jets chasing two goals with only nine players, an impossible self-inflicted task on the remaining players.

Cards were thrown around like confetti both ways now as Jets chased the game, only to concede again, 4-1.

Good chance for Sean as Jets battled to get back into it. 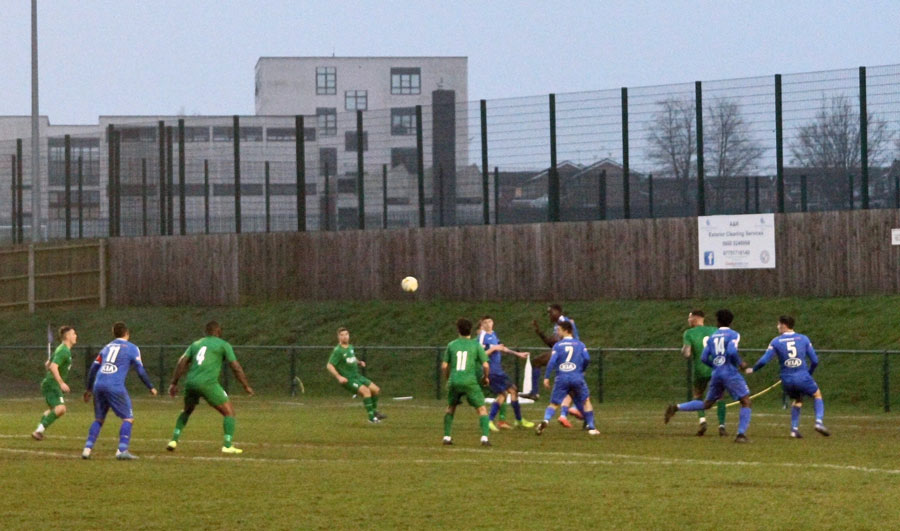 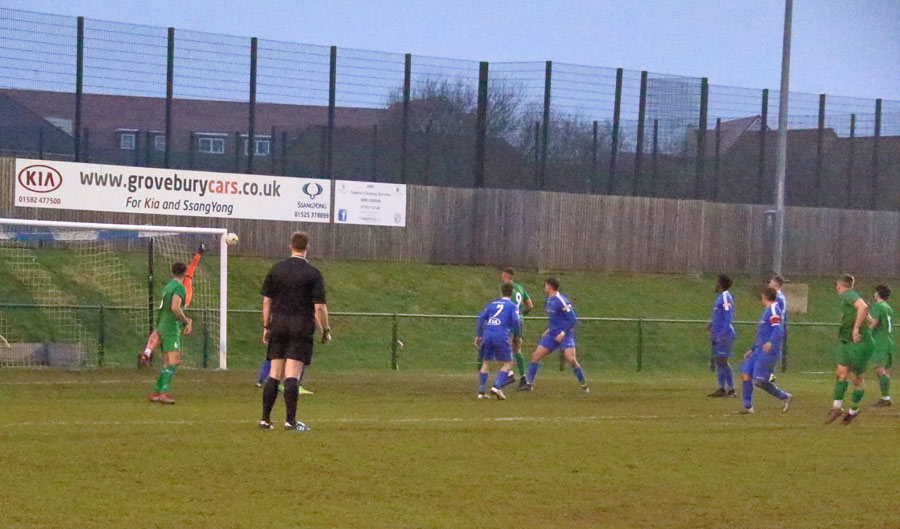 Chances were still there and credit to Jets nine as they gave their best. Sean Giordmaina failed on a one-on-one to get back in it. Town then went down to ten with a sin-bin, and it was Jets best period, but the threat petered out, and a stoppage-time goal maybe put a bit wider reflection on the score.

It’s a lesson for Jets that discipline is costing them. In honesty, Jets are looking out of salts at the moment, the hard-working boiler house game is lacking, it’s just not working, and it’s becoming frustrating. 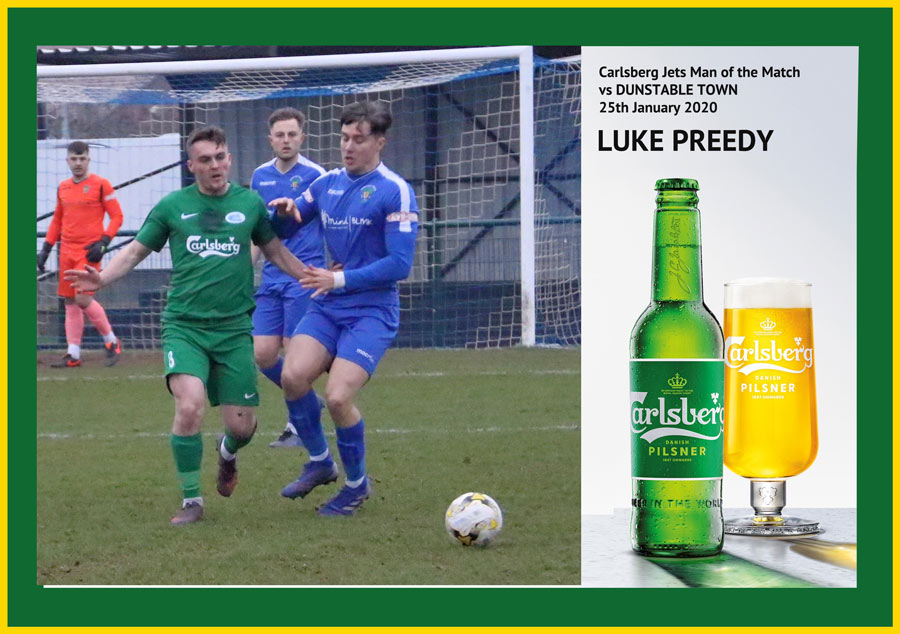 Jets man of the match went to Luke Preedy, mainly for being the one who spoke up with real sense and was willing to graft, a lesson that needs to spread, but he also scored a superb goal to draw Jets back to 4-2, some reward for the people who were putting it in. 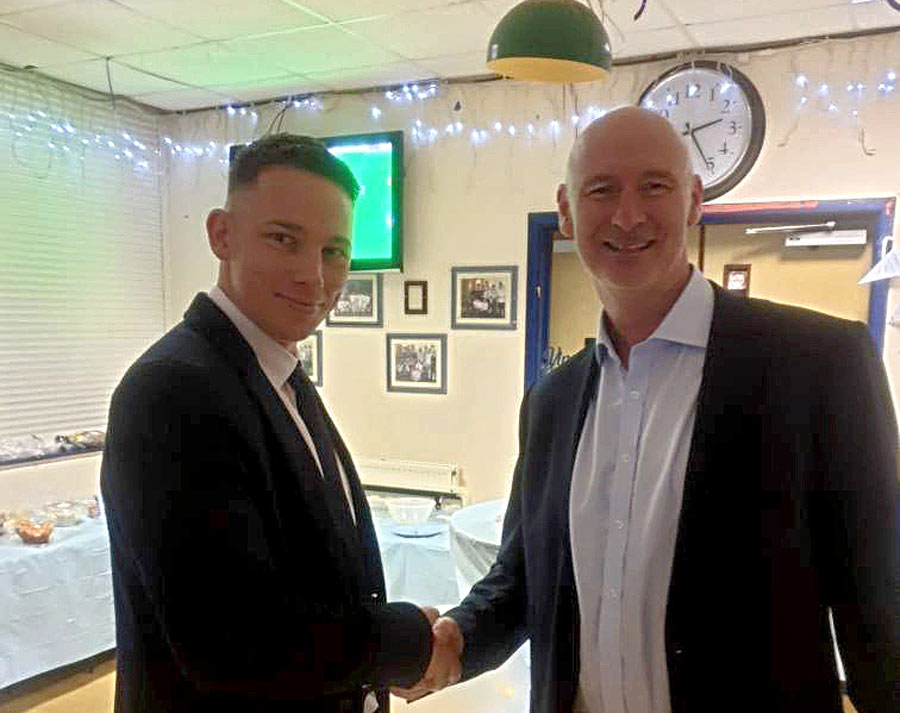 Carl Wigg is congratulated by Tony Marren on his 450th Jets appearance.

The Vets were the other team playing and looked dead at 0-2 down at the break to Evergreen. Craig Gorrie and two by Paul Danslow brought them back for a superb away win, but the biggest accolade of the day goes to Carl Wigg, clocking up his 450th appearance for the club. 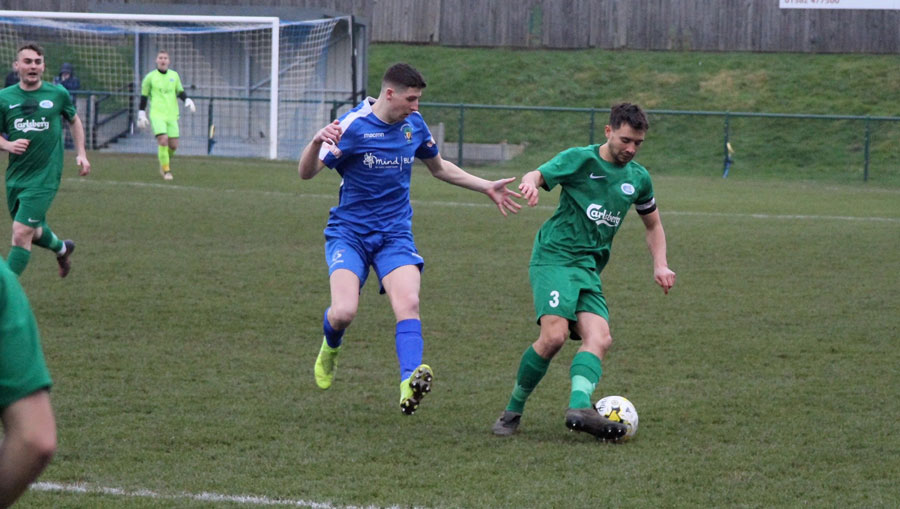 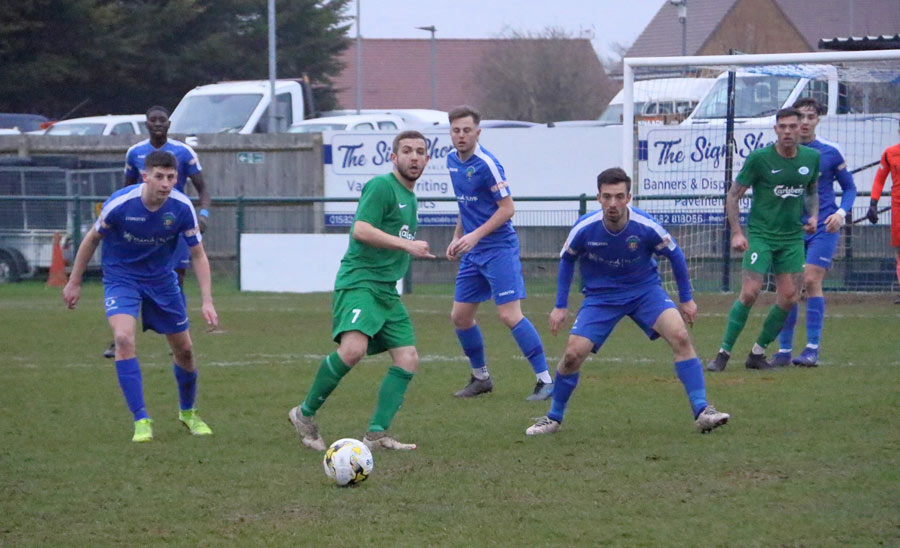 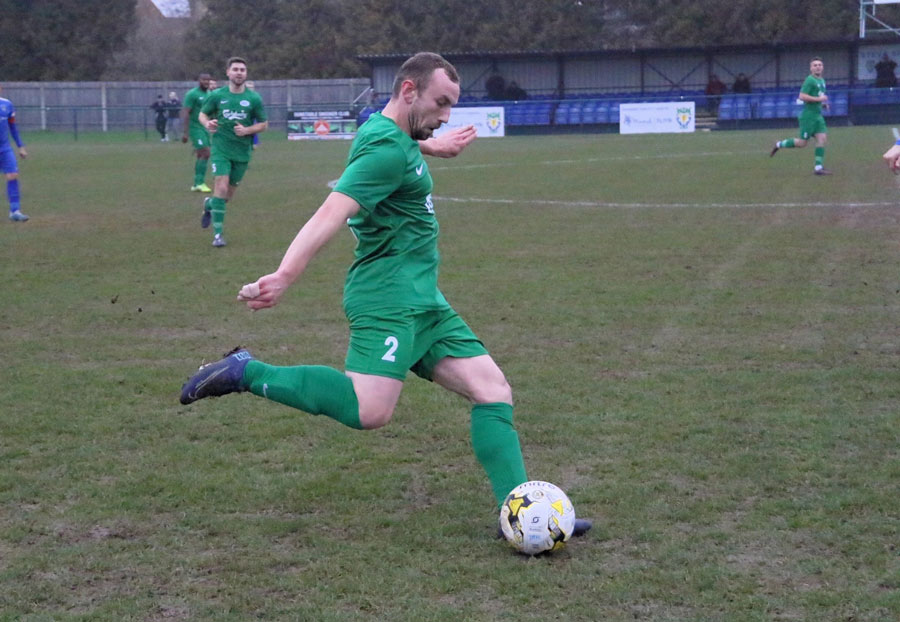 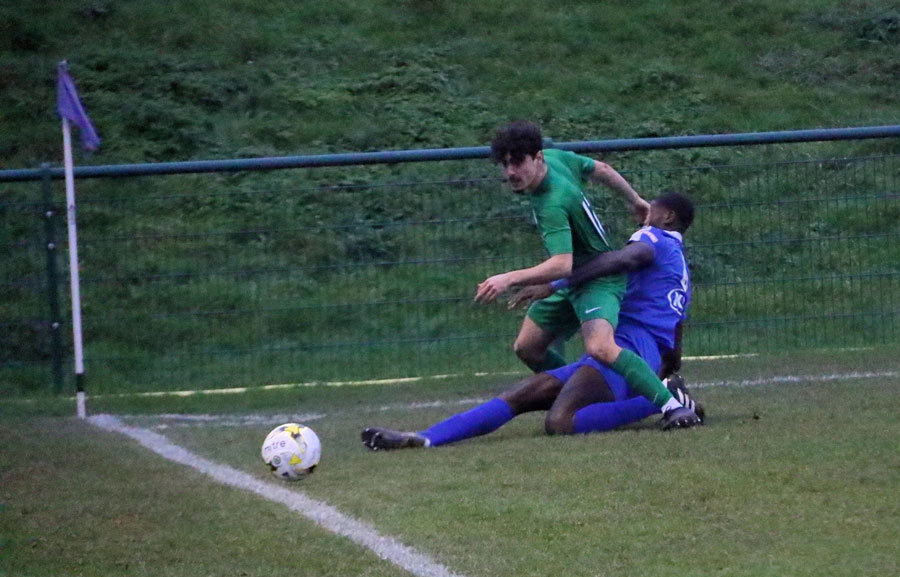 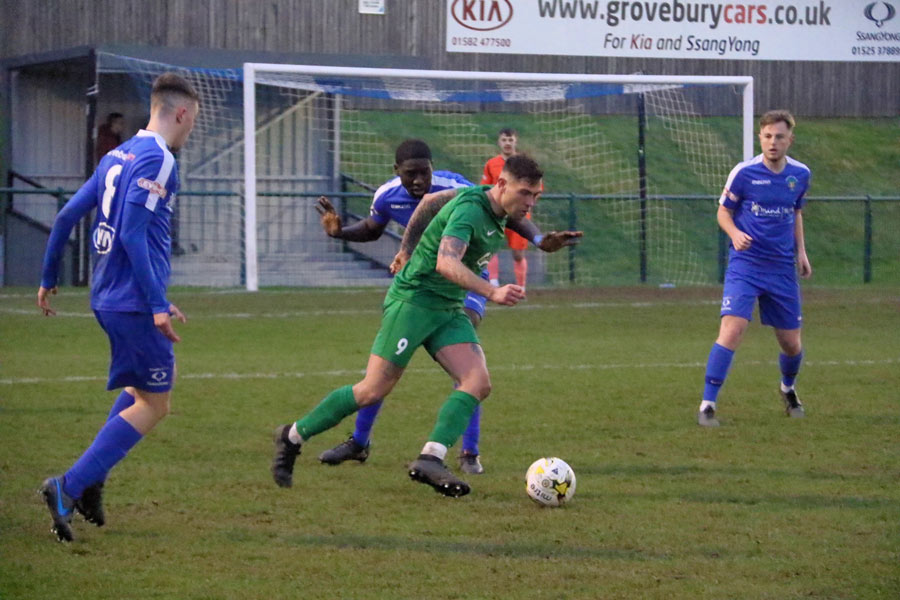 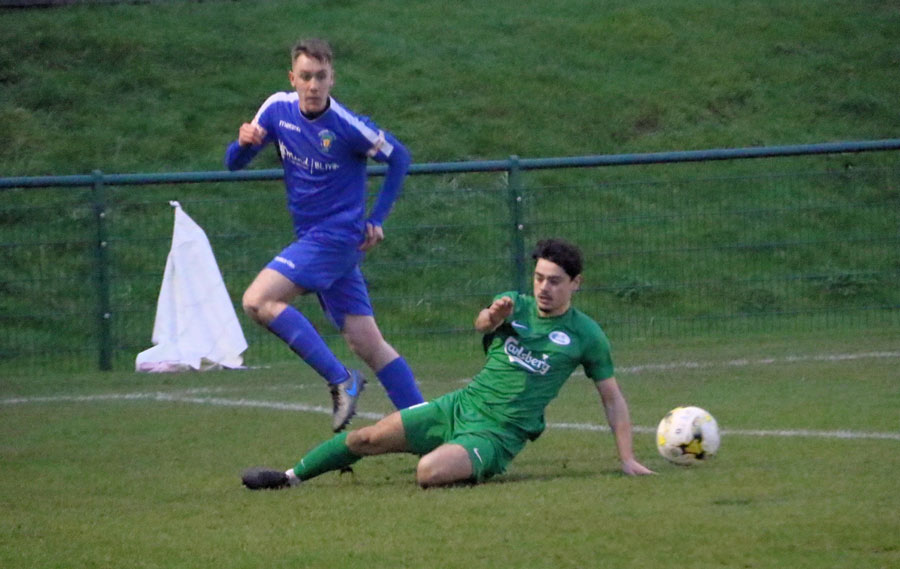 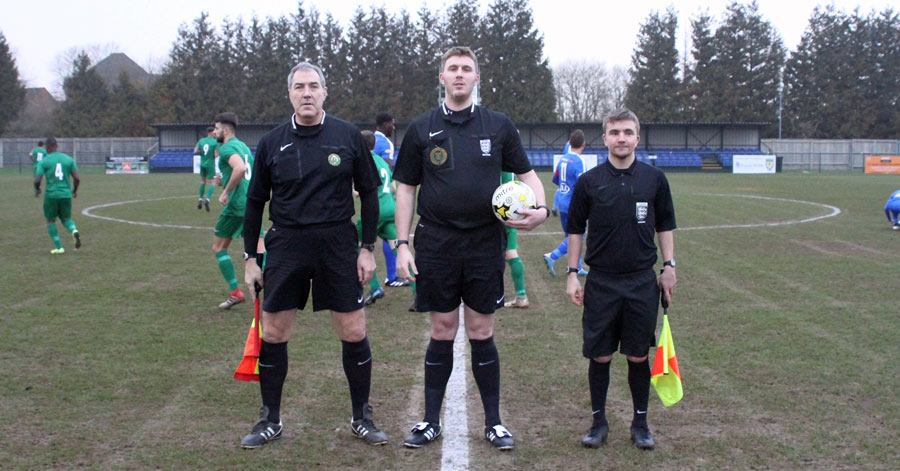